The second and far more established airfield to be called Penston opened at the start of 1917 across the B6363 road from its briefly active predecessor. Although some dates over the next year and a quarter can be regarded in certain quarters as variable and open to debate, the airfield graduated fairly quickly from being a landing ground to a Flight Station in the summer of 1917 and then headquarters base for No 77 Squadron by April 1918. Royal Aircraft Factory BE2 and BE12 variants fighters initially employed Penston for Home Defence duties until the unit switched to using Avro 504Ks at the beginning of 1918, these aircraft remaining in service after the end of fighting.

No 77 Squadron later disbanded on 13 June 1919 and its home had closed before the end of the year. Since then the second Penston has become so forgotten that confusion still exists among many in thinking how Macmerry was the same airfield, despite being some considerable distance to the north-west. 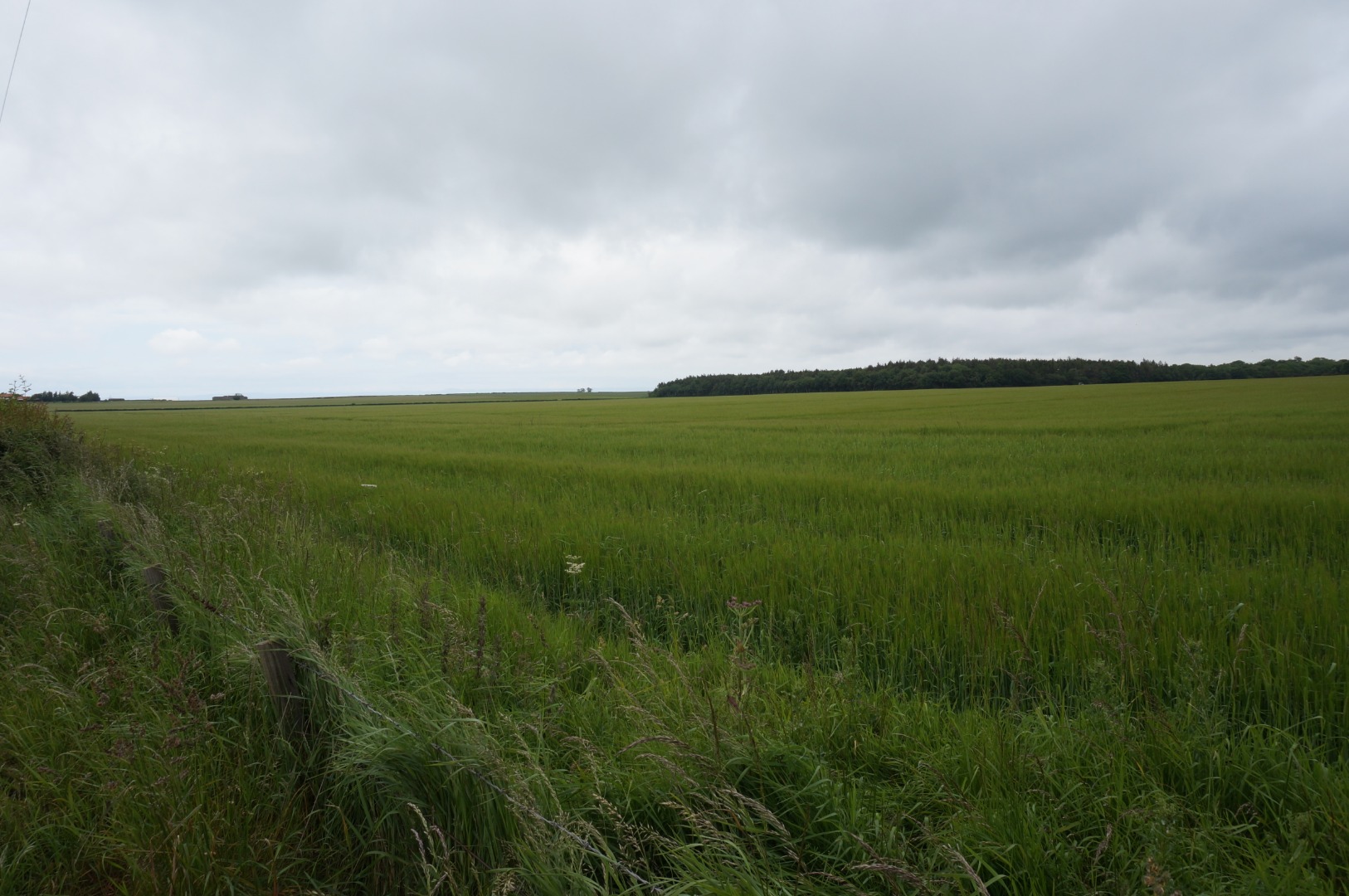 View to the north-east across the second and main Penston, 25 June 2019. 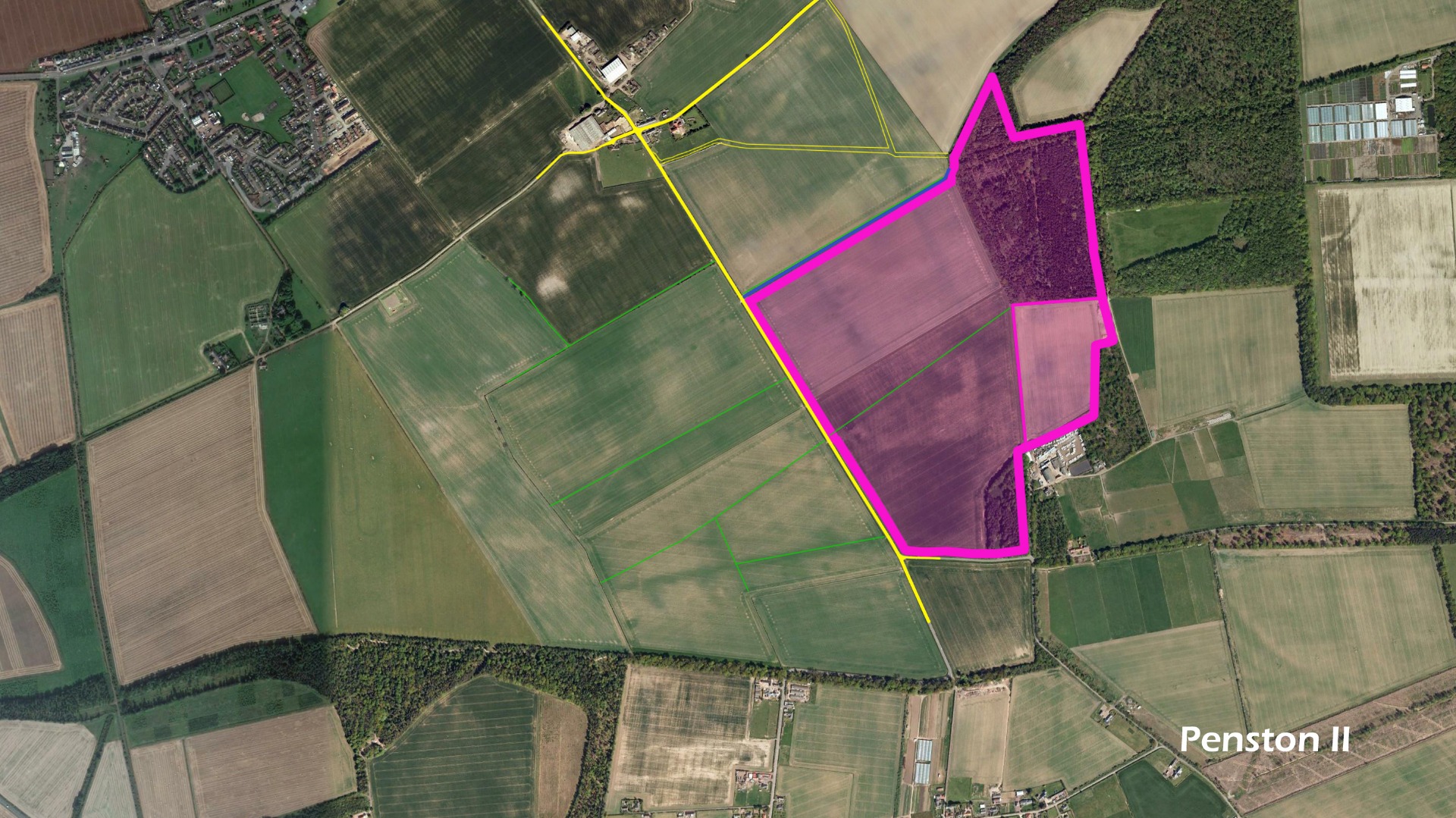 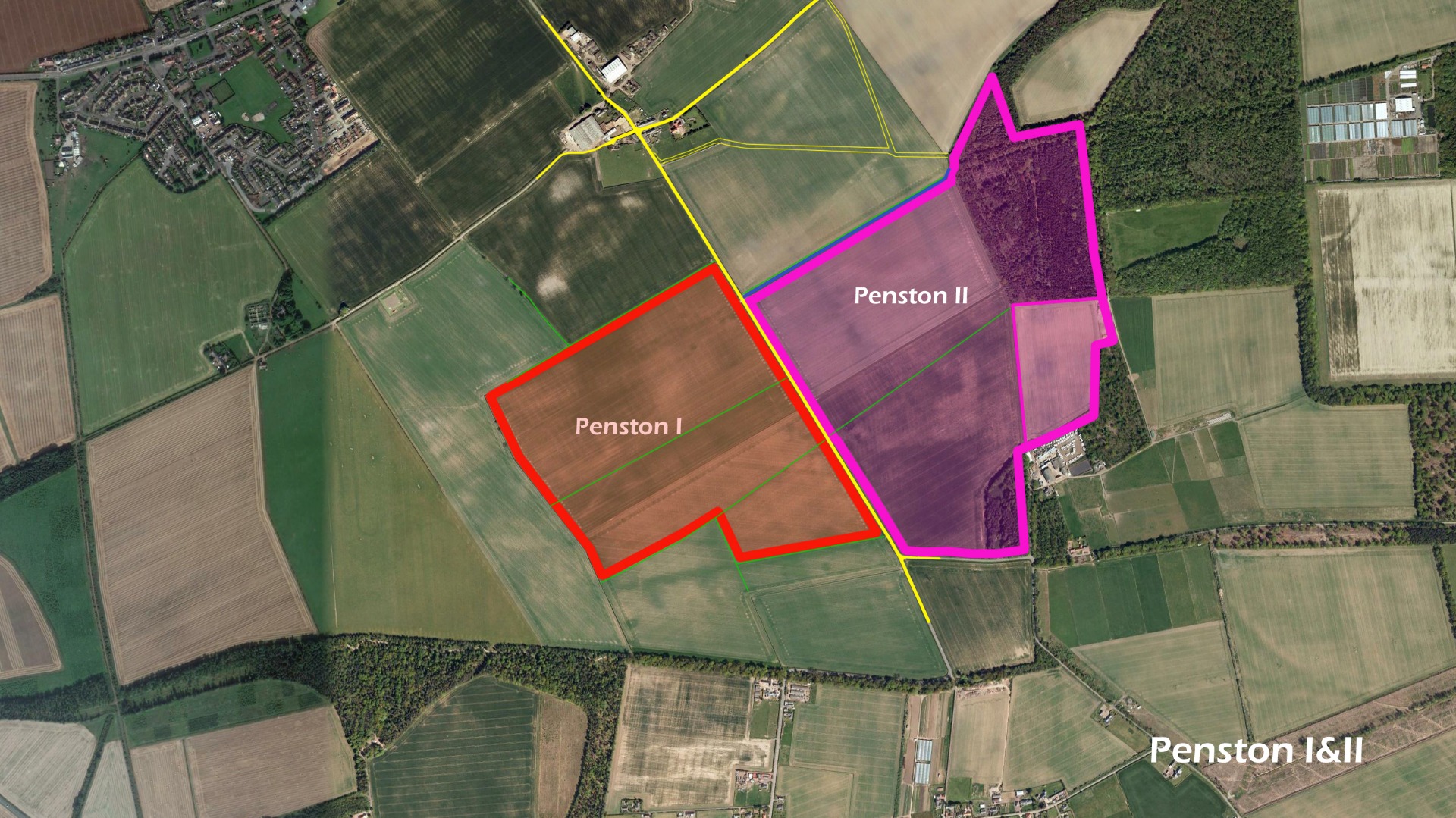 Plan of Penston I and II. Courtesy of Ed Andrews