The Inverness Airport of today is thought to have received the first tarmac runways in Britain.

Now better known as Inverness Airport, Dalcross arose following its suggestion as an airfield shortly before World War Two by north of Scotland aviation pioneer E.E. Fresson who lived nearby. Flying began in 1940 with Westland Lysanders of No 614 Squadron operating from a grass landing area but hard runways were soon needed. Swiftly built over the winter, three arose in a layout that saw them possessing a common intersection in the centre of the airfield. No 2 Air Gunnery School (AGS) became one of the two primary users of Dalcross throughout the war, being active between the summer of 1941 and November 1945. The school used a variety of aircraft throughout its time here, beginning with Boulton Paul Defiants and Lysanders before these types were subsequently replaced by Avro Ansons, Miles Martinets and Vickers Wellingtons.

The biggest training unit at Dalcross during World War Two was No 19 (Pilots) Advanced Flying Unit that operated with Airspeed Oxfords between October 1942 and February 1944. Such was its size that a number of Relief Landing Grounds had to be employed at Brackla, Elgin II, Forres, Leanach and Tain. A few other units had short stays at Dalcross during the remainder of the war but were in the main detachments.

The airfield had been put under civilian control in 1947 as the replacement Inverness Airport for Longman, despite continued RAF use post war with No 8 Advanced Flying Training School forming in May 1951. The school used Airspeed Oxfords for pilot training, later gaining a few de Havilland Chipmunks. This unit then disbanded in the winter of 1953. No 7 Gliding School had also formed at Dalcross in January 1946 with Slingsby Cadet and later Sedbergh gliders until 1955, gliders also briefly returning in 1968 with No 662 Gliding School.

Commercial flights to London Heathrow were carried out by British European Airways from the mid 1970s and later by Dan Air. Dalcross has not enjoyed a stable existence in this respect with airlines coming and going but more routes were added in the early 2000s especially with the increase in low cost operators, easyJet being the one of the major users at Inverness. The airport is a hub for the Highlands and Islands network, and the Highland Aviation Museum is also located immediately adjacent to the airport.

A Bellman hangar is among the few surviving wartime buildings. In 1974, airline services temporarily transferred to Kinloss while improvements were made to the runway to accommodate larger jet aircraft. Much of the accommodation and technical areas are now being used as Dalcross Industrial Estate, while a statue of E.E. Fresson is now in place to commemorate him. 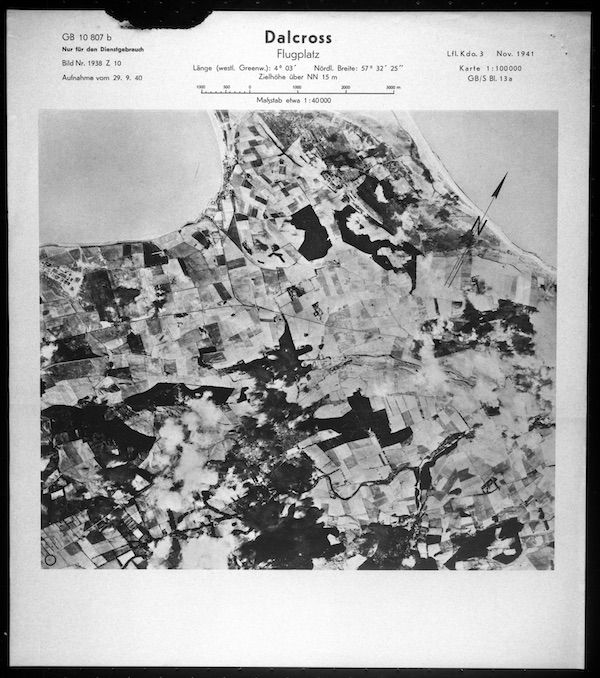 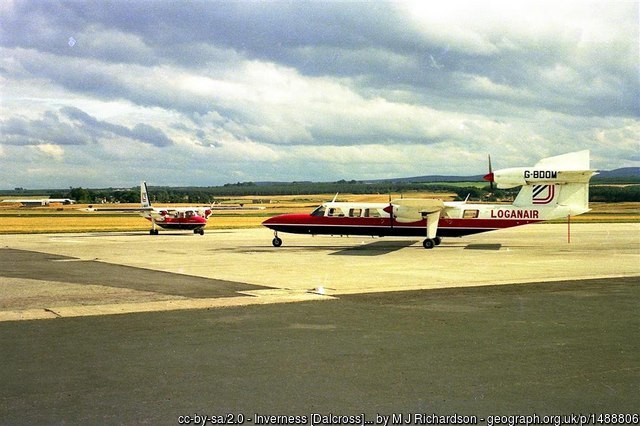 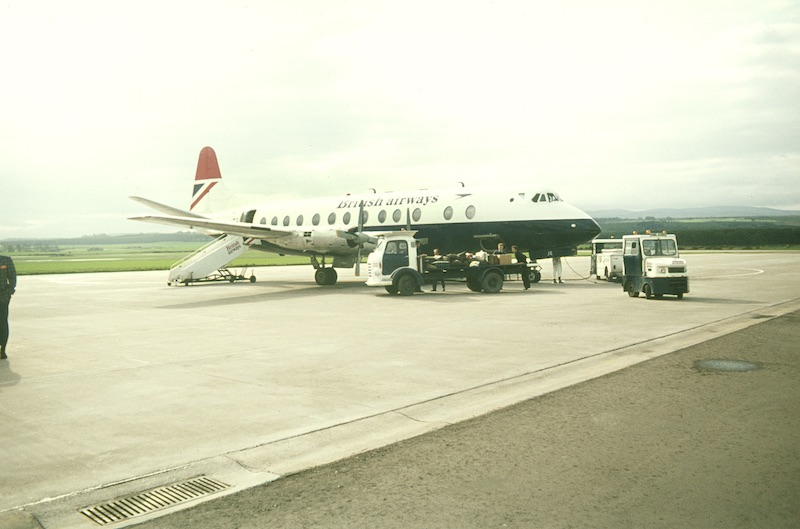 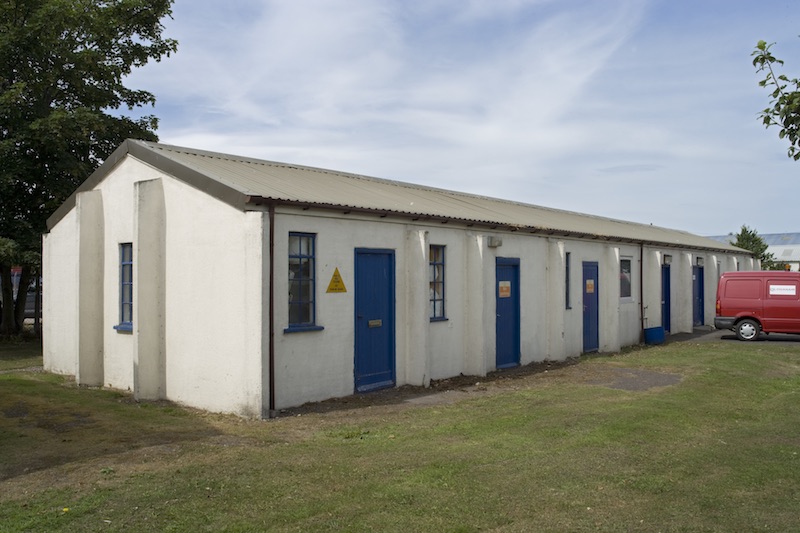 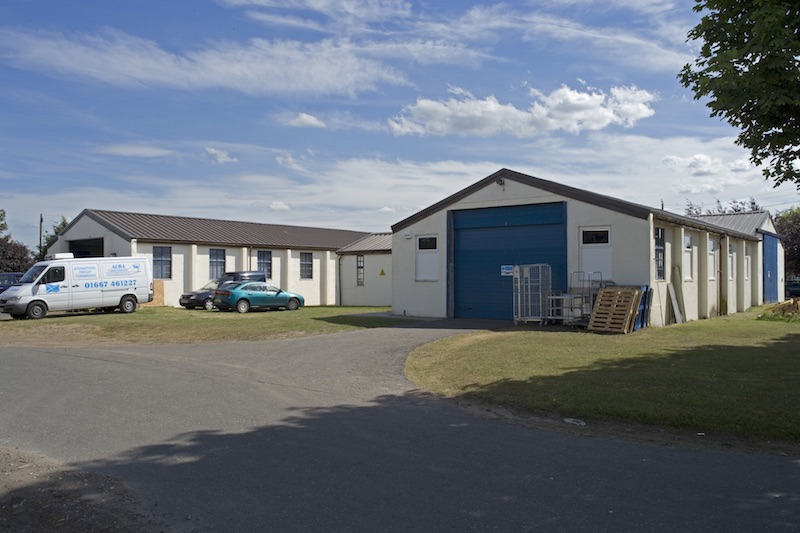 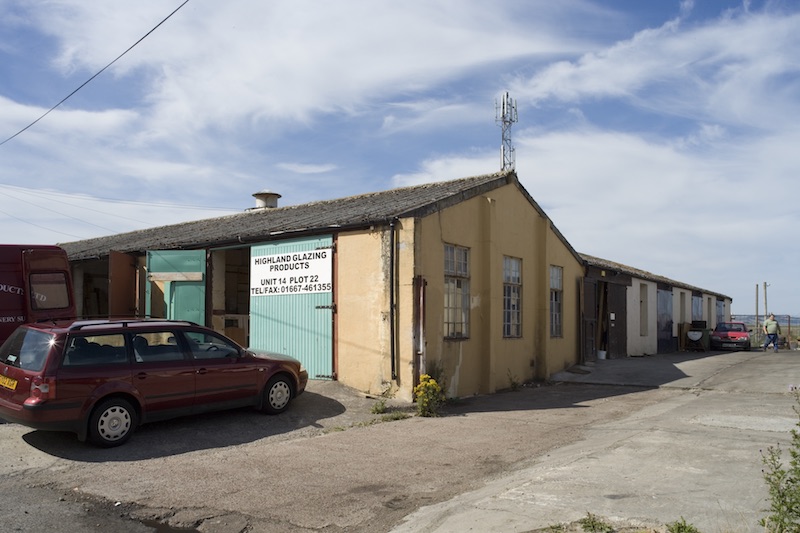 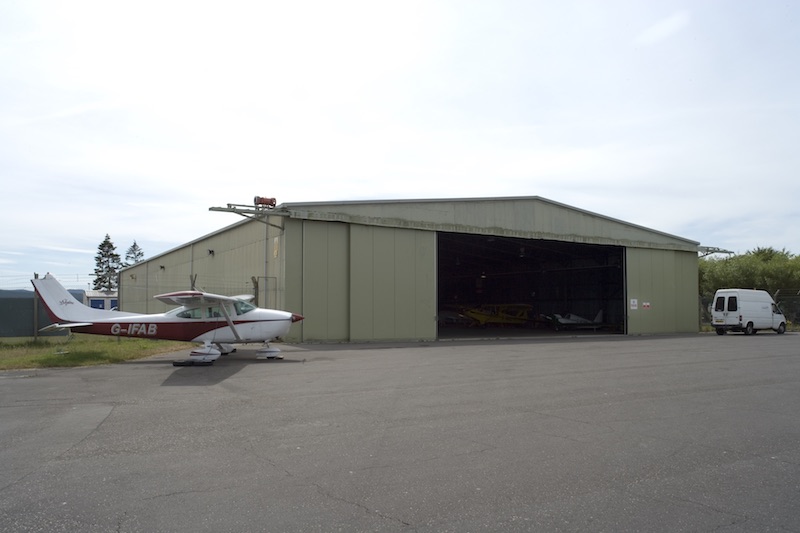 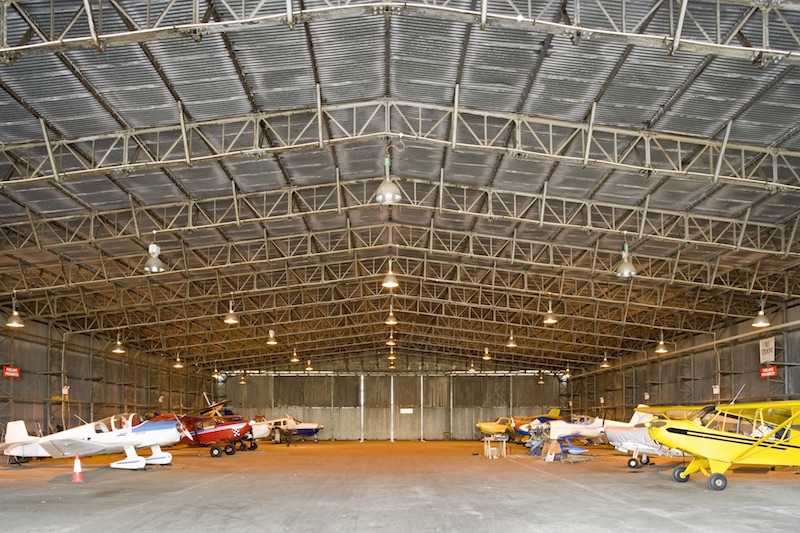 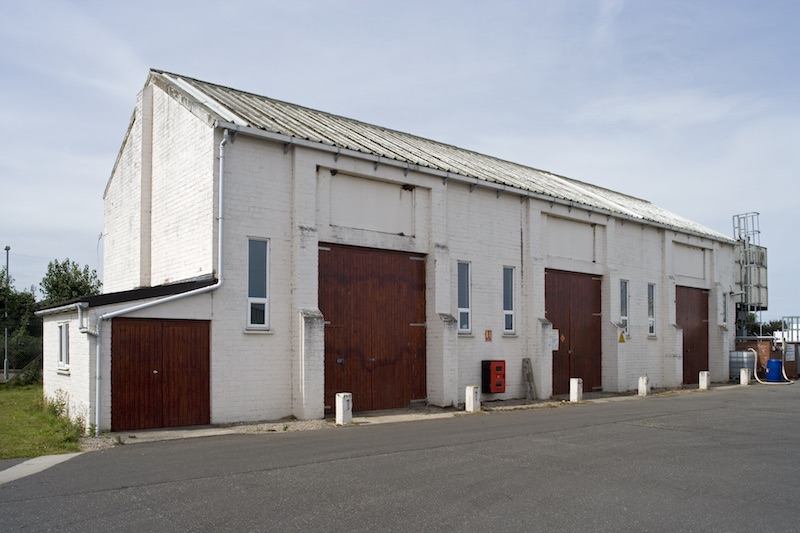 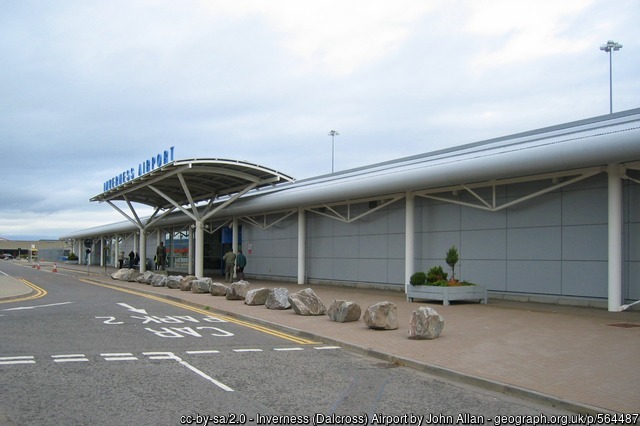 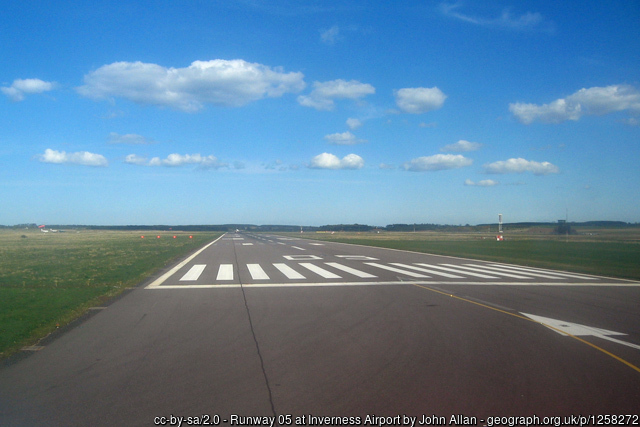 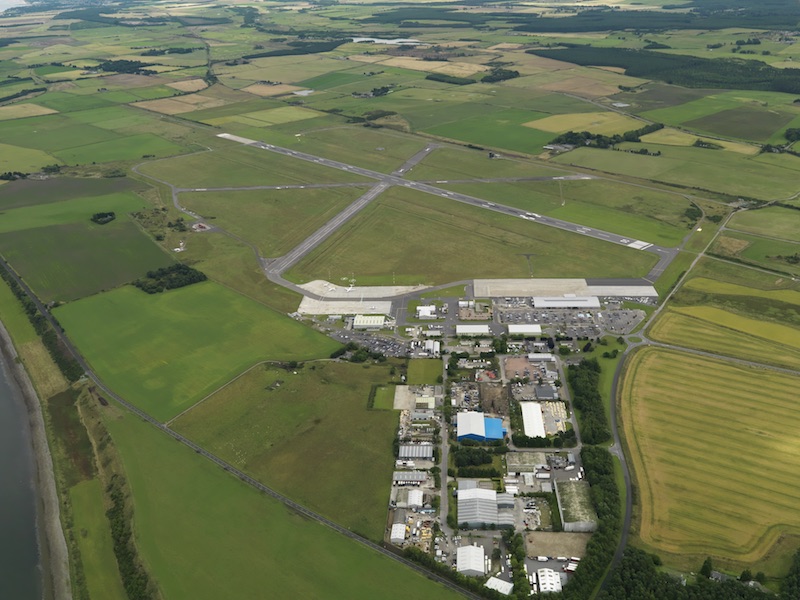 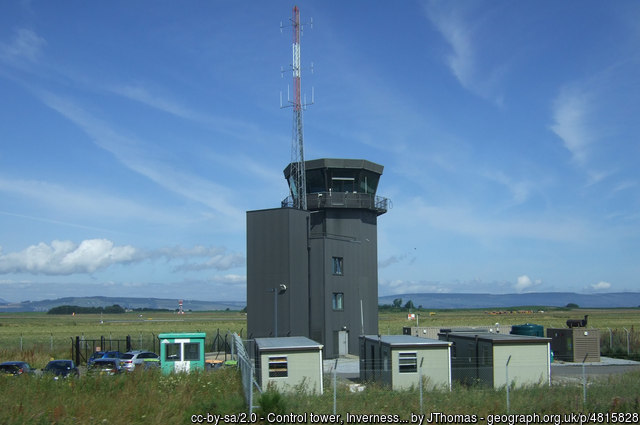 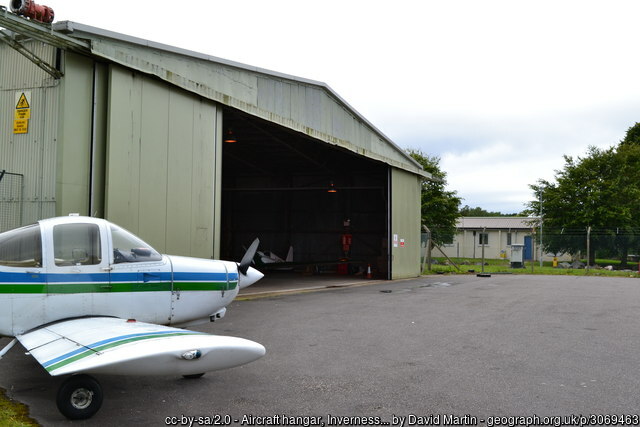 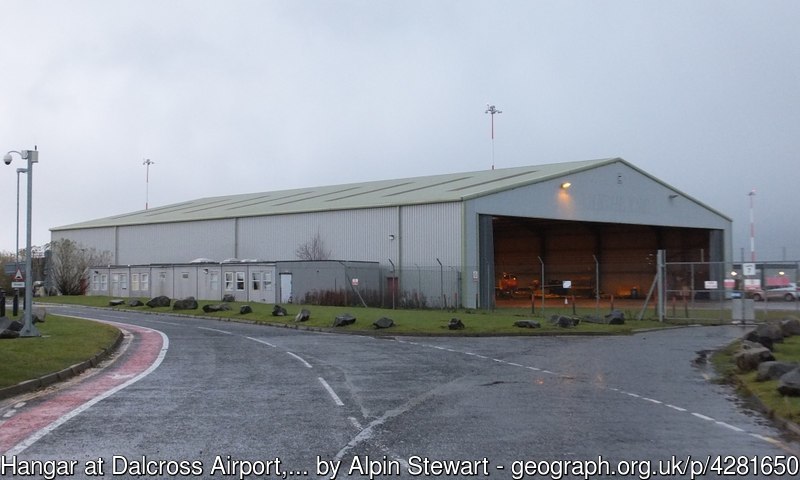 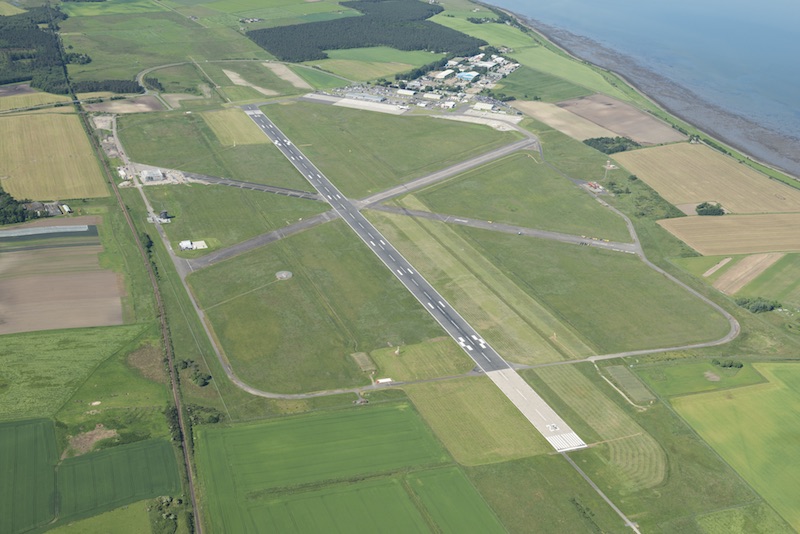 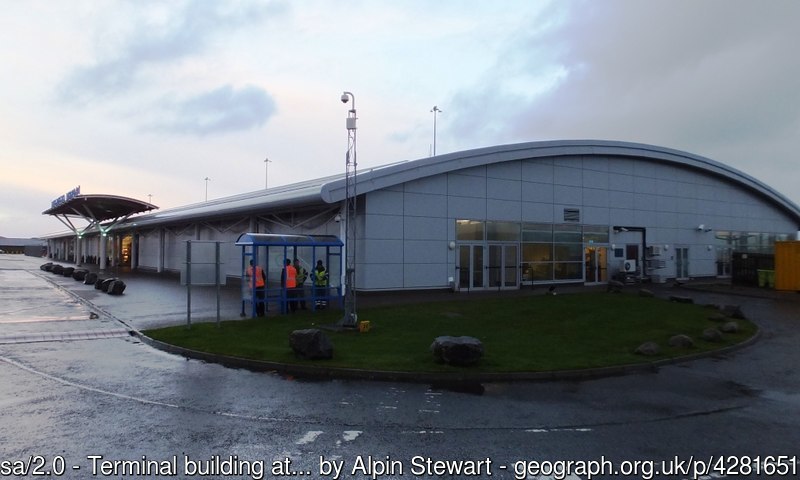 The terminal building at Dalcross, 10 December 2014. 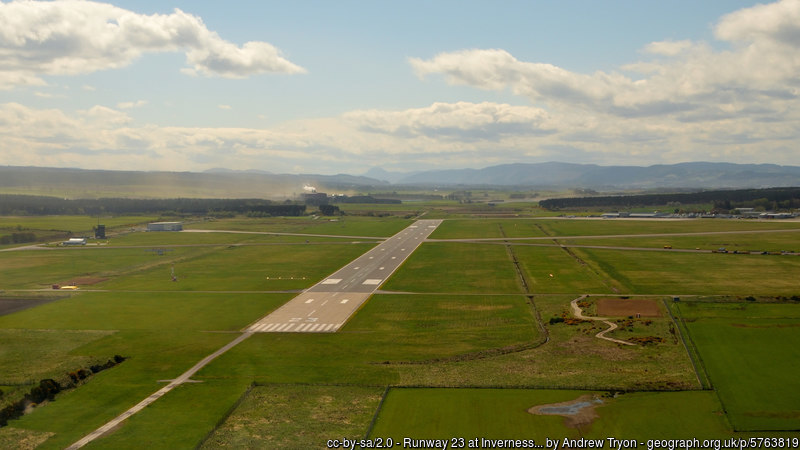