Opening in the spring of 1939, the first unit to arrive at Kinloss was No 14 FTS (later Service Flying Training School) and the airfield was used for training throughout the Second World War. Hawker Harts and Airspeed Oxfords were among the aircraft used by the flying school. With No 14 SFTS moving to Cranfield in April 1940, Bomber Command moved in with No 19 Operational Training Unit. The OTU trained bomber crews at Kinloss until the end of the war and mainly used the Armstrong Whitworth Whitley. The OTU was very busy throughout the war, demonstrated by the fact that over 22,000 flying hours were recorded between July 1940 and June 1941. Nearby Forres began to be used as a satellite from January 1941 because of this major level of flying which resulted in many accidents with the venerable Whitleys.

Another important unit at Kinloss was No 45 Maintenance Unit, which arrived in April 1940 and became one of the primary aircraft storage airfields in Scotland. This unit remained at Kinloss until 1957, using various nearby satellites. After the conflict the preparation and storage of aircraft sadly gradually switched to the scrapping of many types.

A very significant part of the history of Kinloss is the site’s association with maritime patrol flying, both in a training and operational capacity. No 6 (Coastal) OTU arrived in the summer of 1945 to replace No 19 OTU as the airfield switched from Bomber to Coastal Command. A large range of aircraft were used by its successors No 236 Operational Conversion Unit and the Maritime Operational Training Unit until 1965. Training was carried out in anti-shipping and general reconnaissance roles using Bristol Beaufighters, Avro Lancasters and de Havilland Mosquitoes, among other aircraft types. The anti-shipping role was however soon dropped and the focus switched to solely general reconnaissance training. Avro Shackletons replaced the Lancasters in the early 1950s joined by a few Lockheed Neptunes for a short period.

The Shackletons belonging to long-term residents Nos 120, 201 and 206 Squadrons were replaced in the early 1970s with the equally familiar Hawker Siddeley Nimrod. These jet-engined aircraft were involved in conflicts in the Falklands, Balkans, Iraq and Afghanistan. The MR1 and later MR2 variants of the Nimrod were operated from Kinloss in maritime reconnaissance, search and rescue, anti-submarine and anti-shipping roles. However, the ill-fated Nimrod MRA4 programme, scheduled to replace the MR2, was controversially cancelled in October 2010. Kinloss suffered various closure rumours over several decades but this latest development directly led to the closure of the airfield on 26 July 2012 after the remaining Nimrod squadrons had disbanded over a year earlier. The site is nevertheless still maintained as a relief landing ground for nearby Lossiemouth and is also used by the Moray Flying Club. After the official closure of Kinloss, the site soon became an Army Barracks of the same name with 39 Engineer Regiment (Air Support) moving in.

Although beginning as a grass airfield, three hard runways were built in the early 1940s in a usual triangular arrangement. In the early 1960s Kinloss underwent significant development work with many of the Second World War buildings being replaced but many hangars remain. In more recent times, a single extended runway became the only one used, with two large dispersal areas to the south. The station’s Mountain Rescue Team and co-ordination centre for search and rescue operations also performed excellent work to assist society in general for many years, and Kinloss even served as Inverness’ airport in 1974 while Dalcross lay temporarily out of action for improvement work. This famous airfield continues to make a major economic and social impact on the surrounding Moray Firth area. 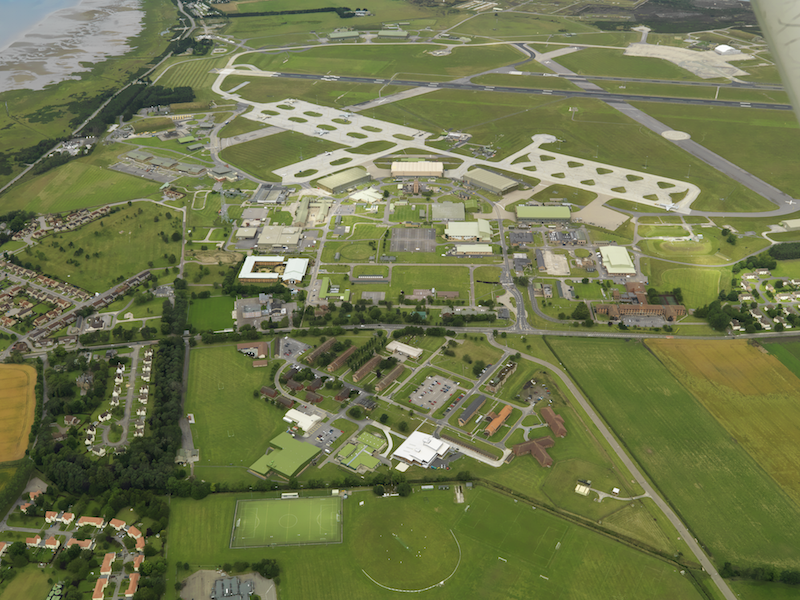 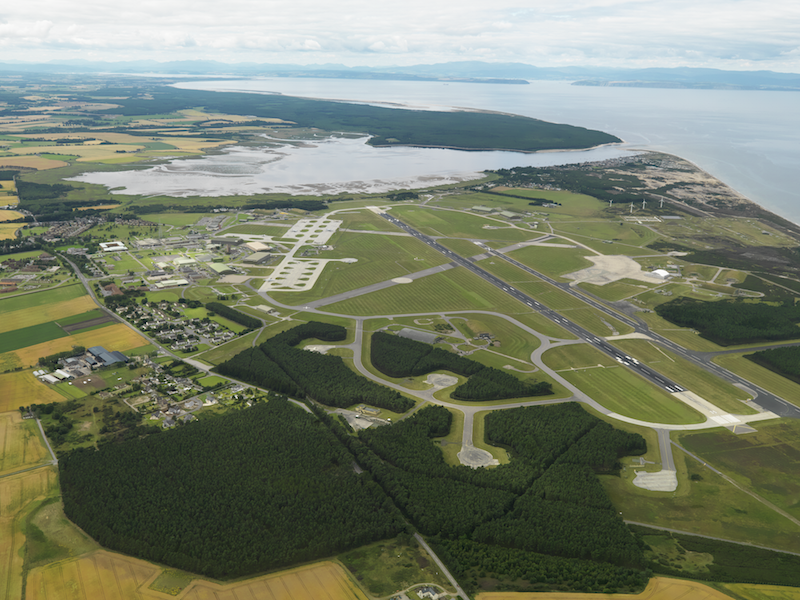 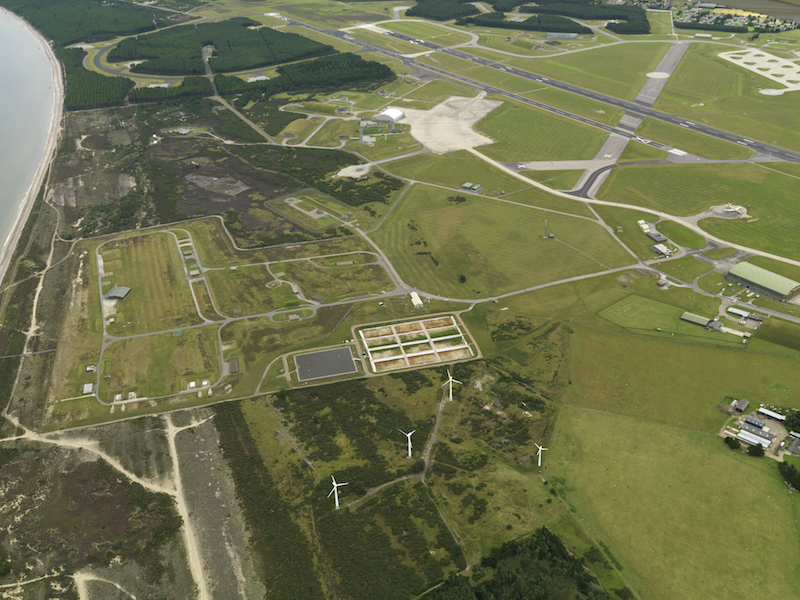 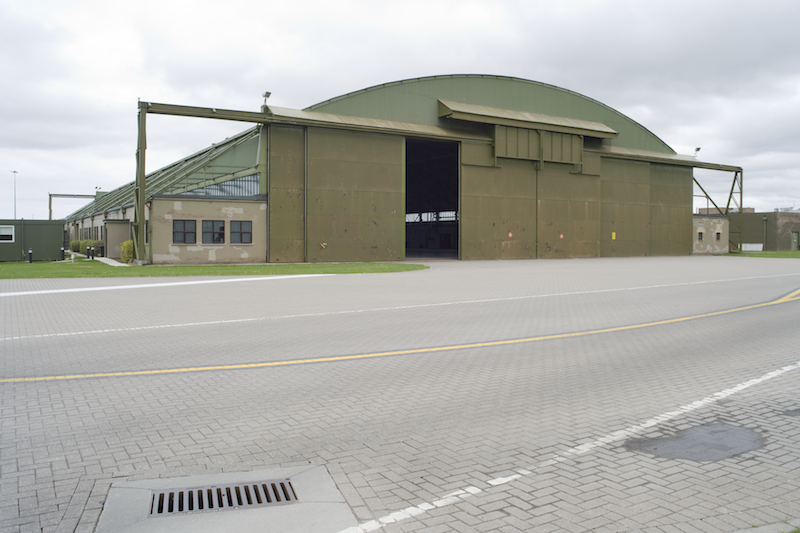 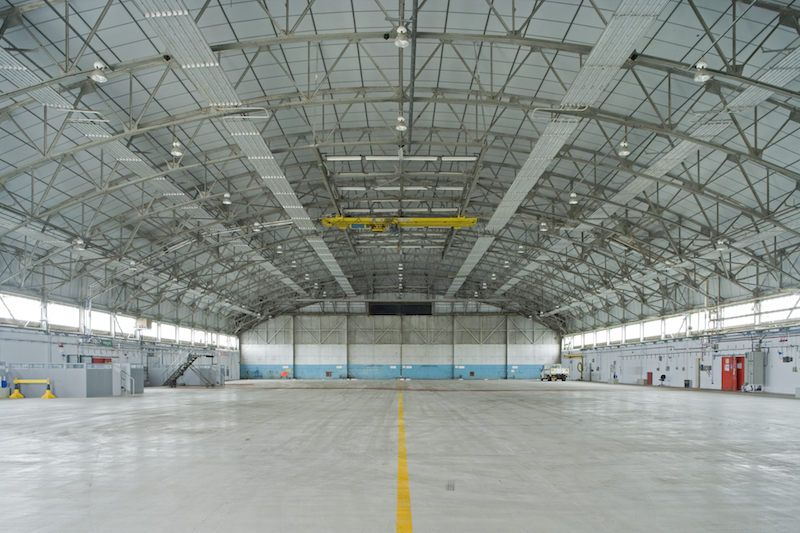 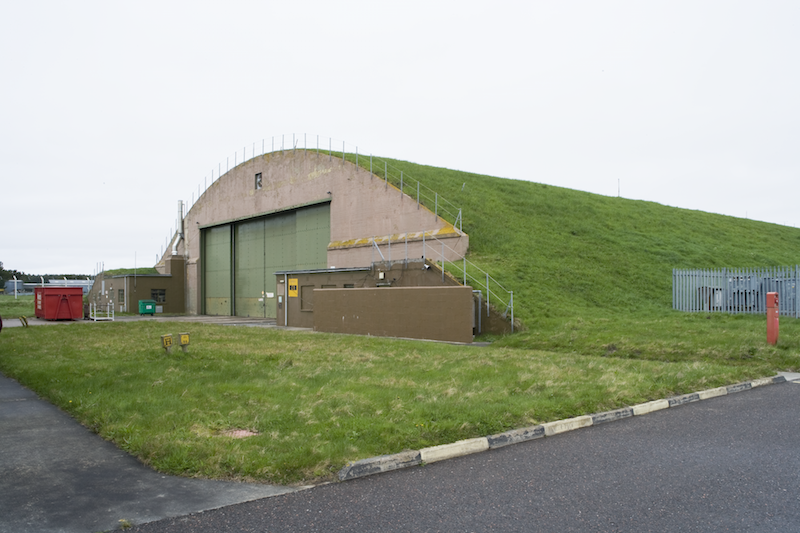 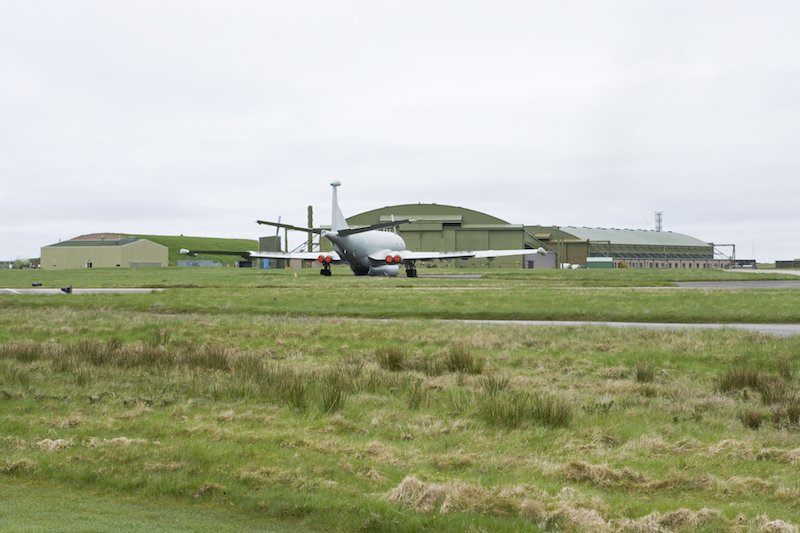 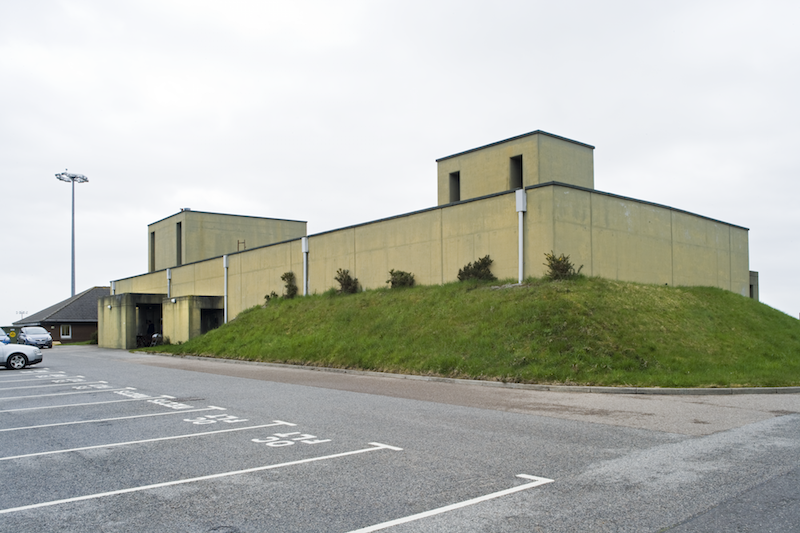 View from north-west of the hardened command bunker in the north-east dispersal area, 6 May 2010. © Crown Copyright: Historic Environment Scotland, canmore.org.uk 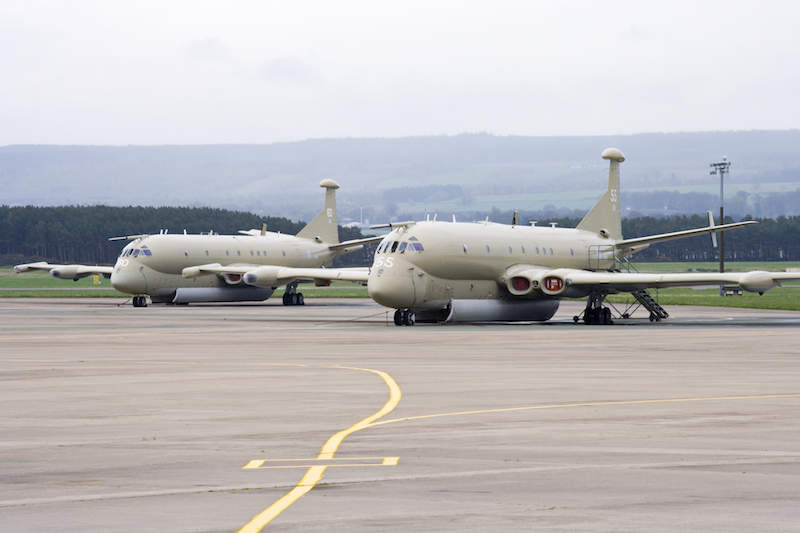 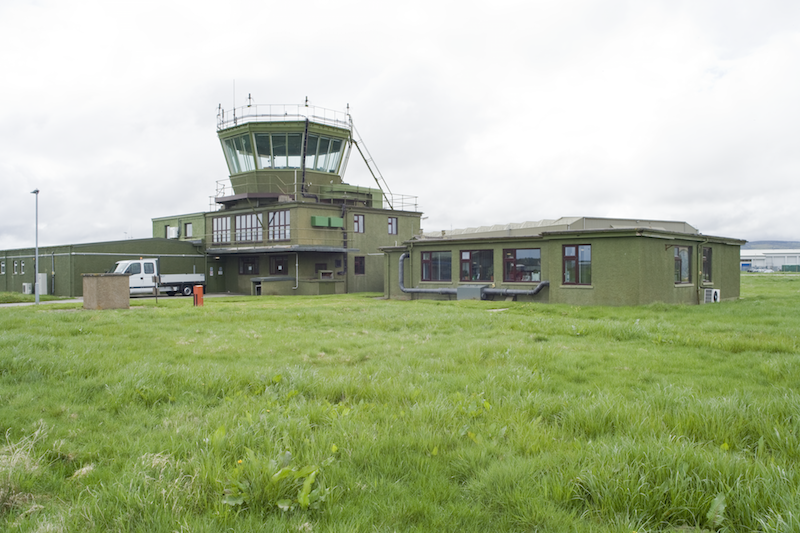 View from the south-east of the control tower with Visual Control Room (VCR) and meteorological centre, 6 May 2010. © Crown Copyright: Historic Environment Scotland, canmore.org.uk 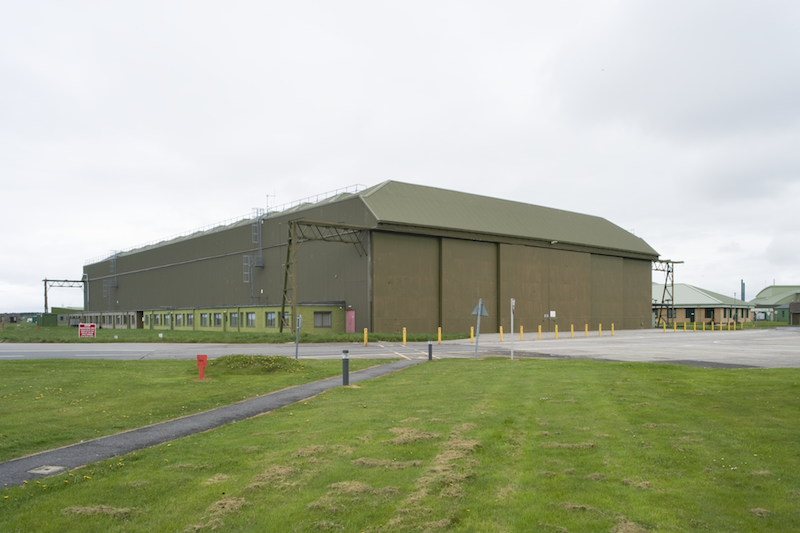 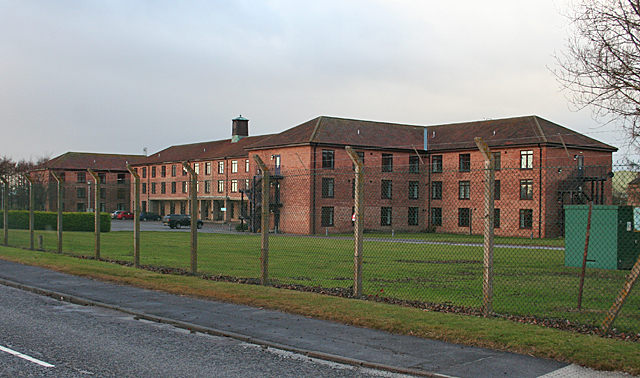 The mess at Kinloss, 1 January 2013. © Anne Burgess and licensed for reuse under this Creative Commons Licence 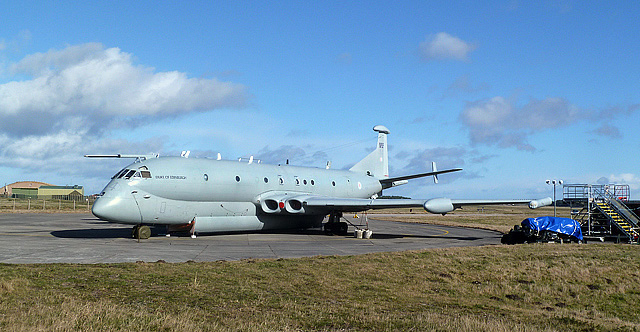 A Hawker Siddeley Nimrod on static display on the west side of the airfield, 7 March 2014. © Walter Baxter and licensed for reuse under this Creative Commons Licence 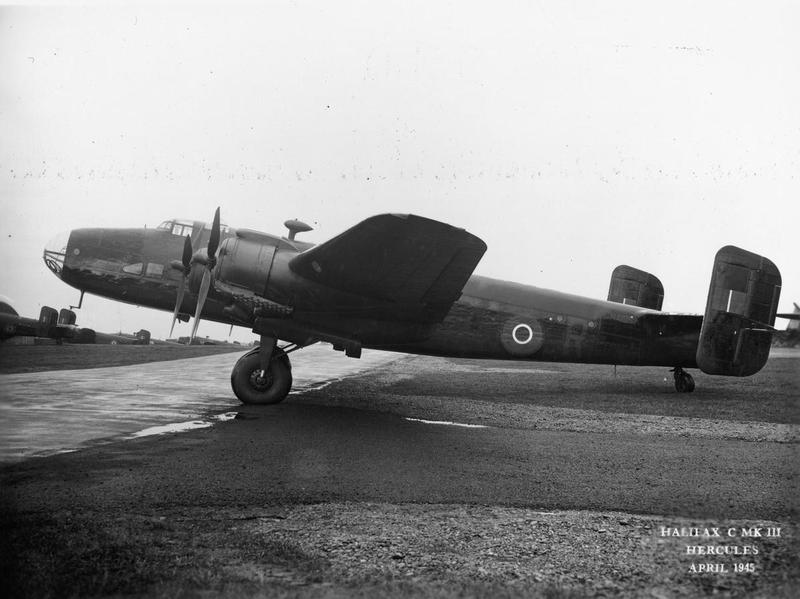 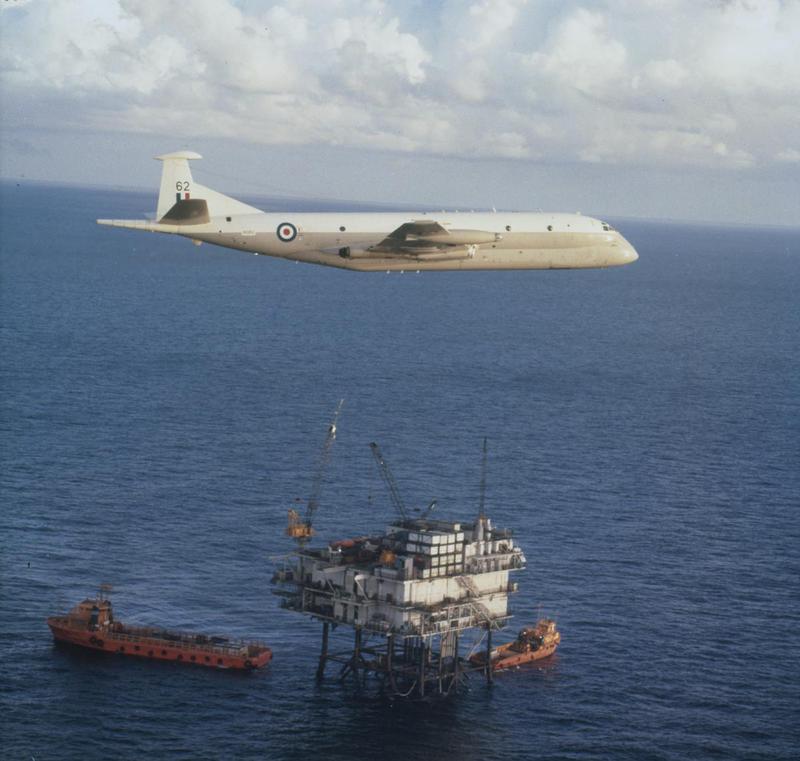 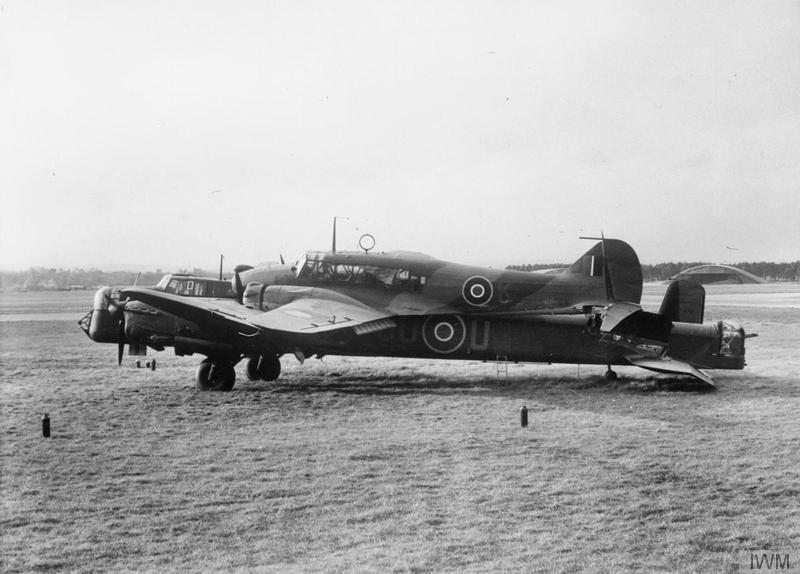 An Avro Anson Mark 1 and Armstrong Whitworth Whitley Mark V, both of No 19 Operational Training Unit, after a night flying accident at Kinloss on 19 October 1943. © IWM (HU 54488) 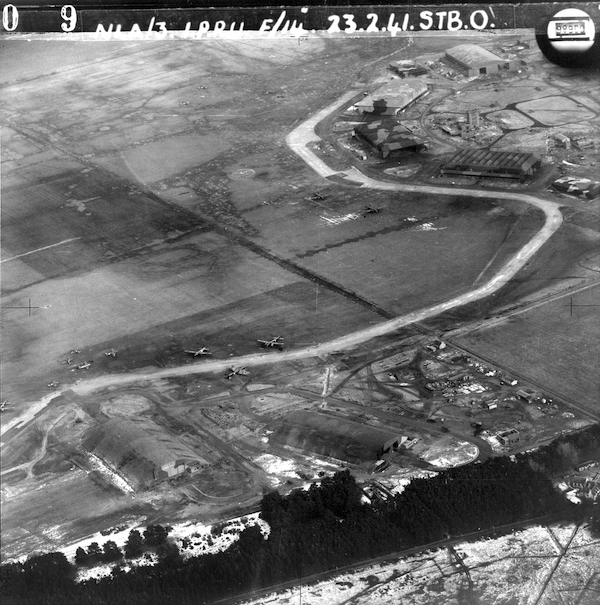 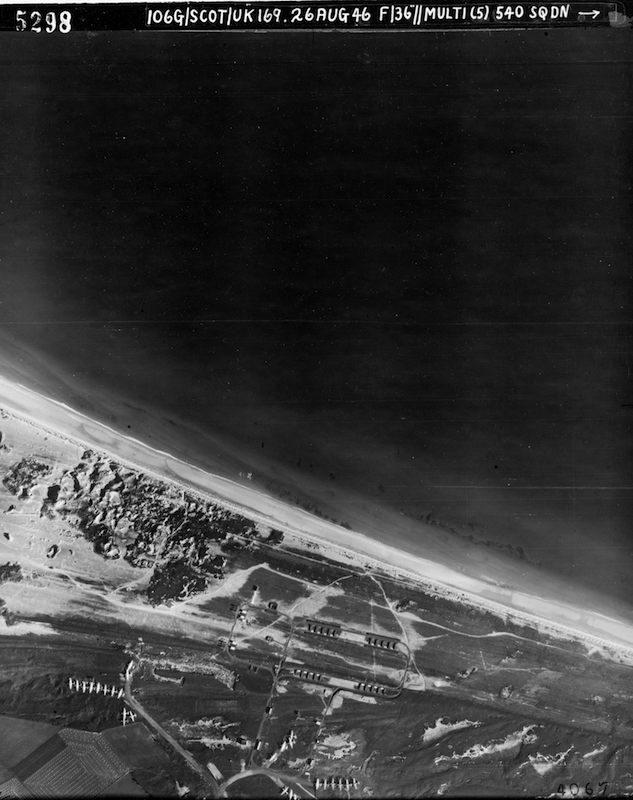 The last flight of a Hawker Siddeley Nimrod MR2 at Kinloss, 2010. Courtesy of Derek Page

RAF Squadrons at Kinloss are formally disbanded, 26 May 2011. Courtesy of Forces TV