Edzell proved so popular with American military personnel during its later service between the 1960s and 1990s as an electronic monitoring station that the base was voted the second most favoured overseas posting, only being beaten by Hawaii.

In 1940, flying returned to Edzell for a third and more substantial period of time with a new site redeveloped slightly south of the First World War airfield. The airfield became one of the satellites for No 8 Service Flying Training School based at Montrose, with aircraft such as Hawker Harts and especially Miles Masters being used. Later becoming No 2 Flying Instructors School from the early months of 1942, Edzell remained one of the many satellites used by the unit for its Masters and Airspeed Oxfords until June 1945. No 1518 Beam Approach Training Flight was another user of Edzell between the summers of 1943 and 1944.

The other main use for Edzell was aircraft storage and maintenance. No 44 Maintenance Unit (MU) formed in August 1940 and at one point had more than 400 aircraft stored at Edzell during the war, with this figure certainly increasing after the conflict, as was common with Aircraft Storage Units (ASUs). Repair and modification work was also carried out in conjunction with civilian contractors such as Cunliffe-Owen Aircraft Ltd. The MU was disbanded in the spring of 1949 but however reformed in June 1951, operating for another five years in a similar role. It also was not the only maintenance unit operating from the airfield with No 63 MU using the site between 1950 and December 1957.

The airfield was generally much quieter after the war with some RAF gliding taking place in the 1950s, as well as No 612 Squadron briefly operating de Havilland Vampires from the site between October 1951 and November 1952. Edzell was put under Care and Maintenance in 1957 and eventually handed at the start of the 1960s to the United States’ military for use as an extremely important communications centre. This led to the distinctive white ‘golf balls’ at the airfield, weather covers for aerials, as well as other distinctively American features such as the addition of a baseball field. This use ended in 1996. The airfield was put up for sale by early spring 1997 and officially closed on 30 September 1997, when just seven US personnel were left.

Edzell’s two runways and perimeter track, as well as many of the hangars and support buildings, remain. The US military use meant that a lot of the buildings were maintained to a high standard. The airfield is now used for a mixture of industry, agriculture and housing, with big plans for this last use.

The following organisations are either based at, use and/or have at least potentially significant connections with the airfield (as at 30/9/2017): 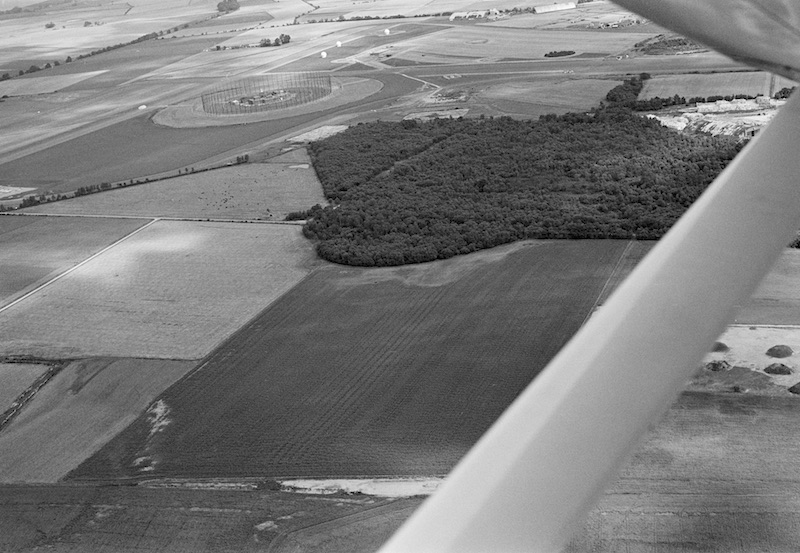 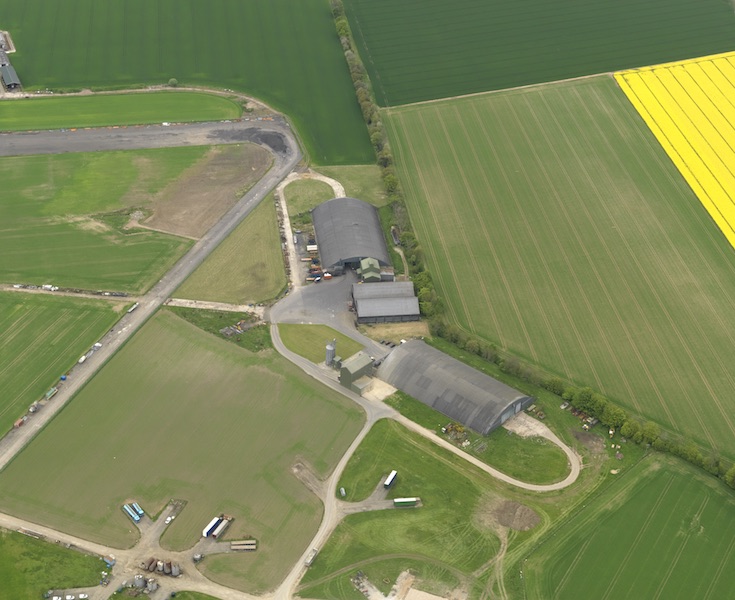 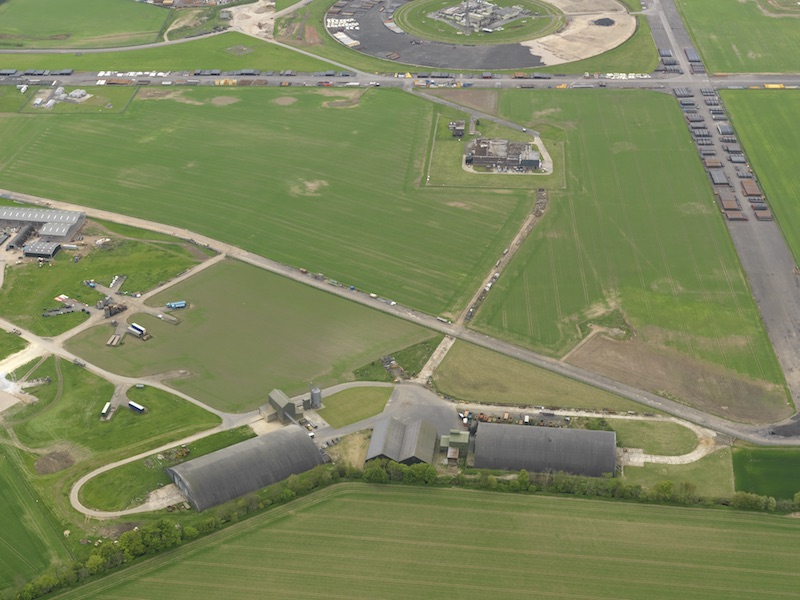 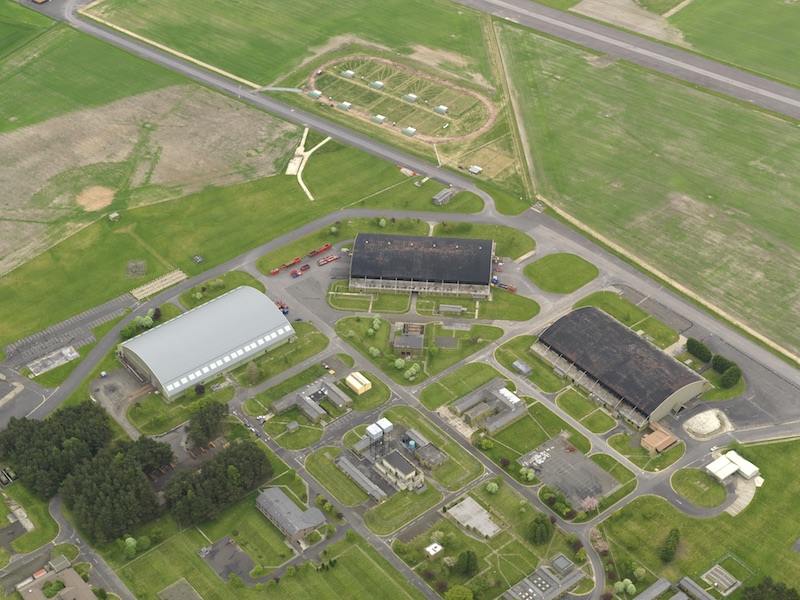 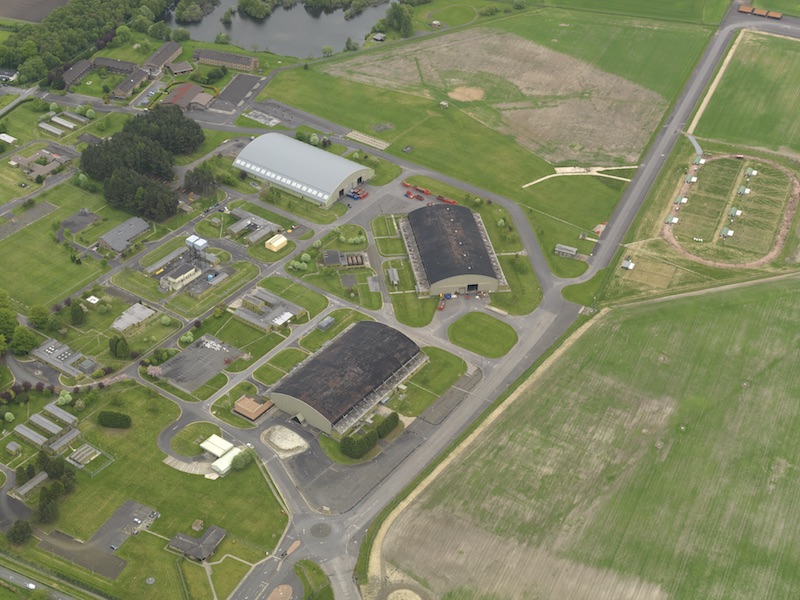 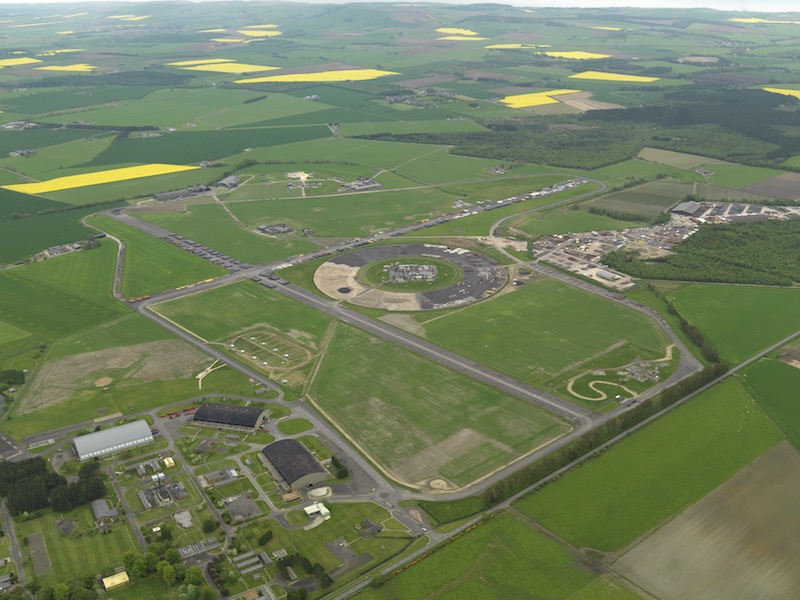 Aerial view centred on the airfield, taken from the west, 25 May 2008. © Crown Copyright: HES. Licensor canmore.org.uk 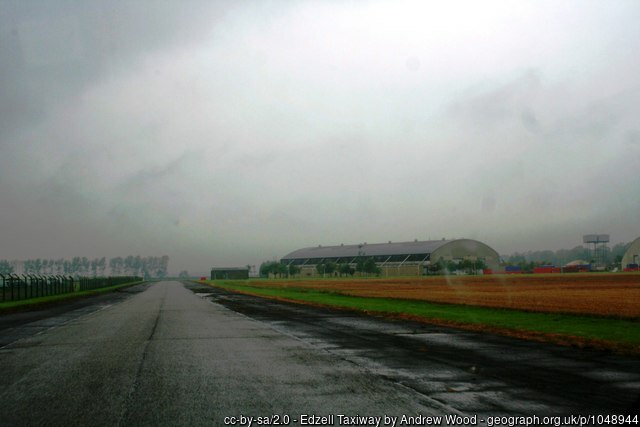 Remains of the airfield at Edzell III, 17 September 2008. 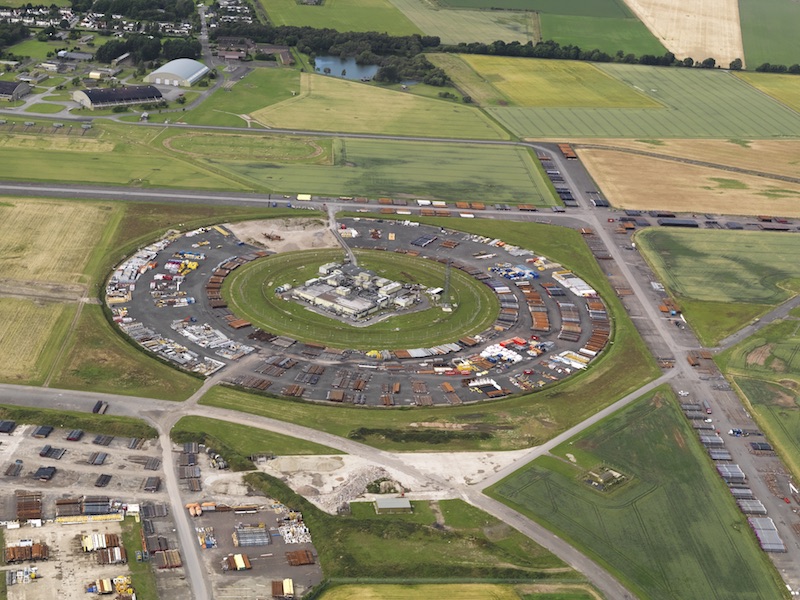 Aerial view of the remains of the Communications Intercept Station at Edzell, looking to the north-north-west, 18 July 2010. © Crown Copyright: HES. Licensor canmore.org.uk 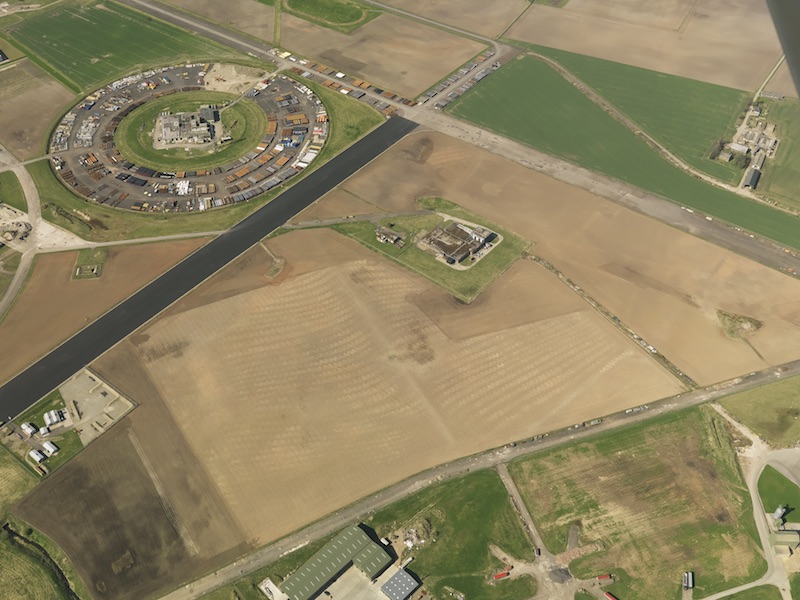