Now far better known as Edinburgh Airport, Turnhouse began as a grass landing ground in 1915 before becoming a more expansive airfield a year later for the Royal Flying Corps. For much of the First World War, Turnhouse was a major airfield for the defence of Edinburgh and was home to a number of Home Defence, Reserve and Training Squadrons. This included two Canadian Reserve squadrons that formed in 1917. However, neither of these stayed long and soon moved out.

The airfield became RAF Turnhouse after the RAF formed in 1918. Turnhouse also became a Fleet Aeroplane Depot from this year, providing a location for ship-borne aircraft to land, be repaired and train from. The end of the First World War brought a rundown and the airfield entered a period of uncertainty, becoming embroiled in a quite publicised dispute between the authorities and landowner, former Prime Minister Lord Rosebery.

In October 1925 No 603 (City of Edinburgh) Squadron was formed at Turnhouse as a day bomber unit of the Auxillary Air Force. This unit remained at the airfield until 1939. During the 1930s, major expansion work took place at Turnhouse due to its location close to Edinburgh and key industries that needed protecting. In 1939/40 three concrete runways were built and at the start of the Second World War the airfield became a Sector station.

Turnhouse saw heavy use during the Second World War and No 603 (City of Edinburgh) Squadron acquired Supermarine Spitfires in September 1939. This squadron claimed the first Luftwaffe bomber to be shot down over the British mainland on 16 October of that year. The unit moved to Prestwick in December but returned for a few months in 1941 and much later in the war.

A number of Spitfire units formed at Turnhouse in 1940 and 1941, with most leaving after a few months for other airfields around Britain. One of the longer residents was No 4 Aircraft Delivery Flight, which delivered new or repaired aircraft to operational squadrons between January 1942 and July 1943. No 17 Group Comms Flight also arrived in January 1942 and remained at Turnhouse until the autumn of 1945. Anti-aircraft co-operation squadrons were present as well for some time.

Fleet Air Arm units also visited during the Second World War, usually on short detachments while their aircraft carriers were in the Forth. American aircraft were frequent visitors during the last few years of the war, often on rest and recreation flights to Edinburgh.

No 603 Squadron continued to operate Supermarine Spitfires from Turnhouse after the war, although there was a gap of almost a year in which the squadron had disbanded. Reforming in 1946, the squadron then re-equipped with de Havilland Vampires in the spring of 1951. From the early 1950s to the mid 1960s, United States Air Force (USAF) transport aircraft were relatively frequent visitors to Turnhouse, due to the nearby US base at Kirknewton.

Even before Turnhouse became Edinburgh Airport, flights linking Edinburgh to London began in 1947 operated by British European Airways (BEA). After briefly closing in 1961 to strengthen the main runway, the British Airports Authority (BAA) took control in 1971 and built a brand new runway to the north-west of the site. The airport added to their existing portfolio of London airports at Heathrow, Gatwick and Stansted. This helped an issue with crosswinds at the airfield and a new terminal was constructed at the same time. The new runway and terminal were completed in 1977 and Edinburgh Airport was officially opened by Queen Elizabeth II. The Royal Air Force continued to have a presence at Turnhouse until 1996 when the RAF base closed and was shortly afterwards incorporated into the civil airport.

International services operated to Amsterdam and Dublin in the 1980s and other international services soon followed. The 1954 terminal building was demolished in 1994 but the airport underwent significant improvements during the early 2000s with the terminal being majorly renovated. Other work carried out included extensions to taxiways, as well as a brand new, 57 metre high, £10 million control tower that was completed in 2005. As of 2016, Edinburgh Airport is the busiest airport in Scotland, recently overtaking Glasgow, and passenger numbers look set to continue to increase. Unfortunately, little remains of the RAF section of the airfield since its closure and subsequent major demolition.

The following organisations are either based at, use and/or have at least potentially significant connections with the airfield (as at 01/09/2011) : 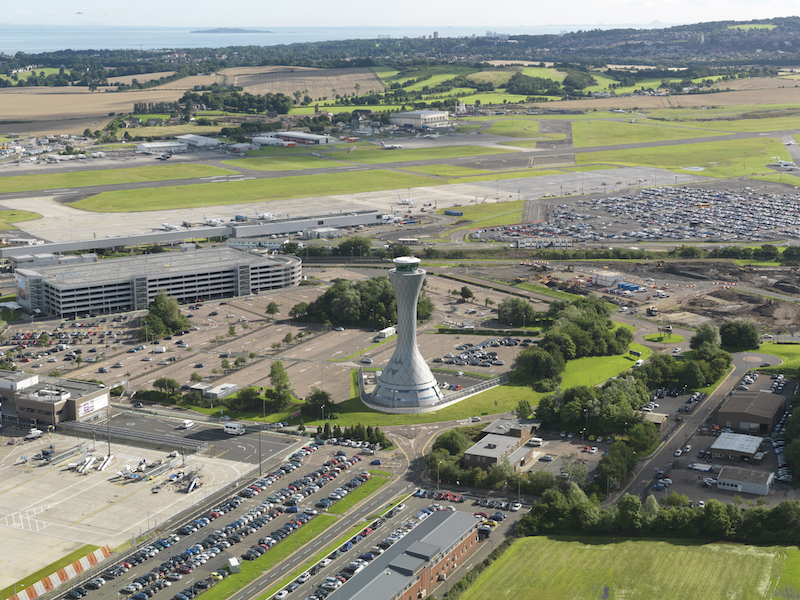 Aerial view of the airport centred on the air traffic control tower, taken from the south-southeast in August 2008. © Historic Environment Scotland. Licensor canmore.org.uk 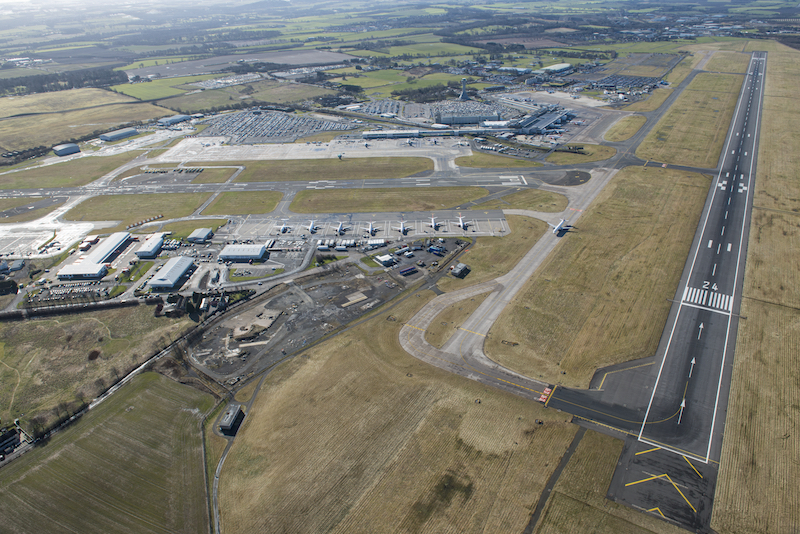 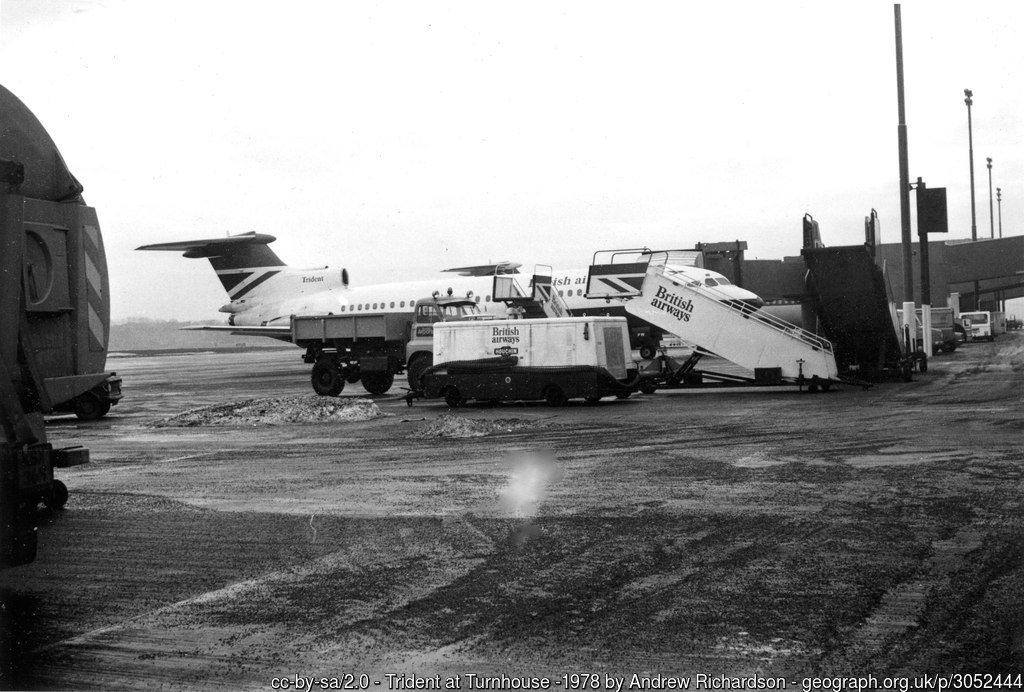 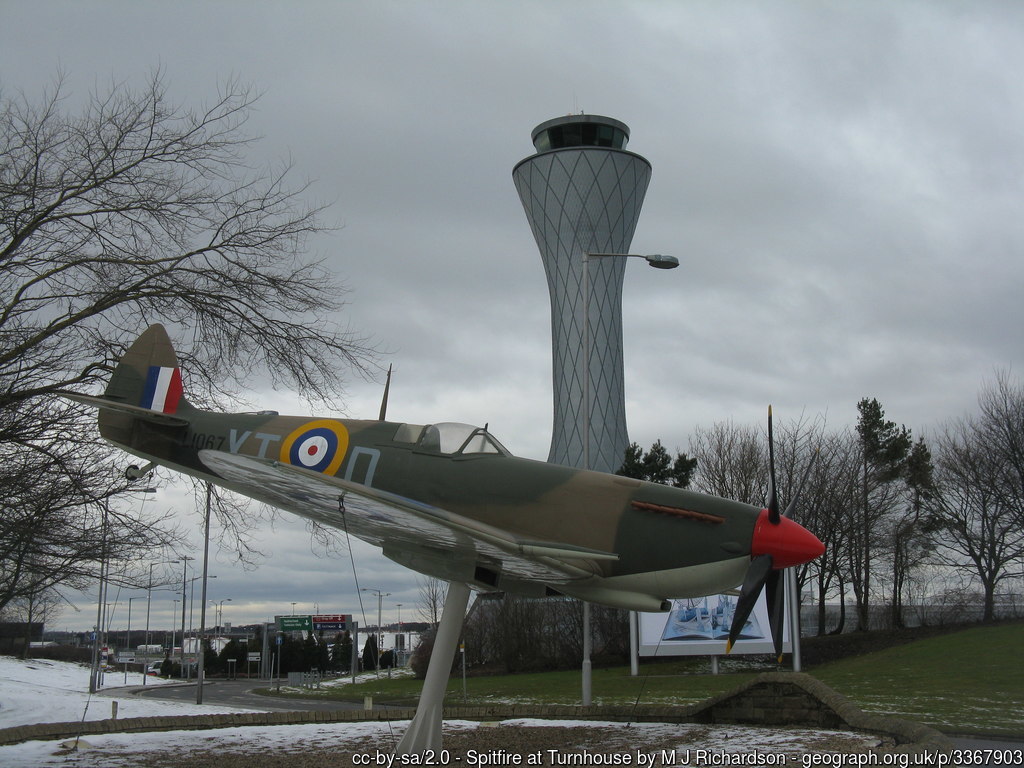 A replica Supermarine Spitfire in front of the control tower at Edinburgh Airport, 12 March 2013. 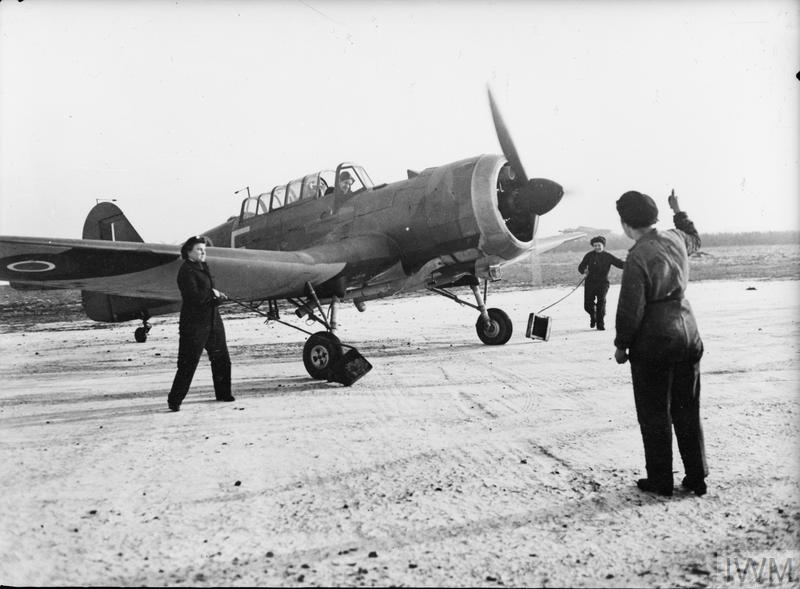 WAAF flight mechanics pull the chocks away from a Miles Martinet TT Mark I target tug of No 289 Squadron RAF, on a hard standing at Turnhouse during the Second World War. 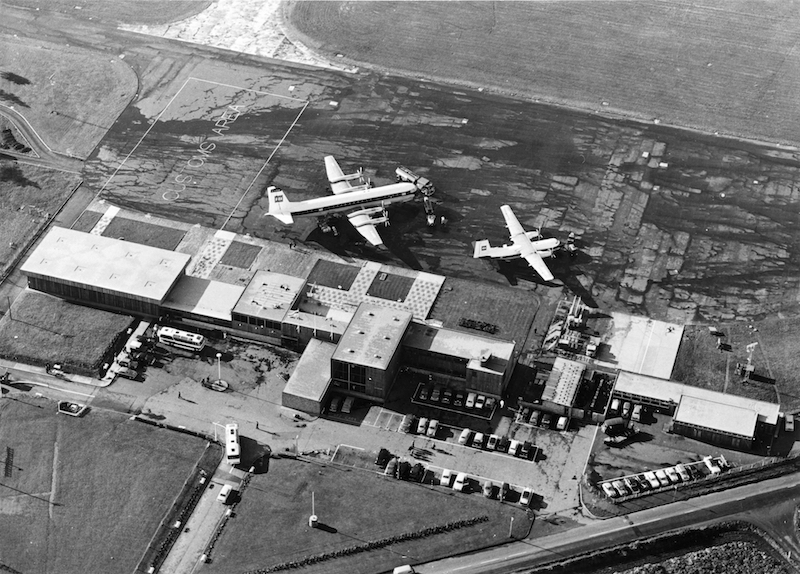 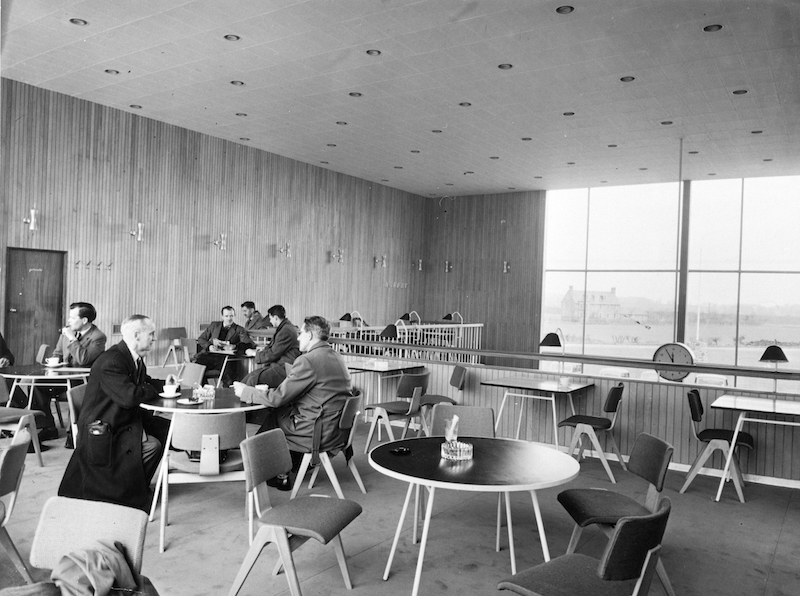 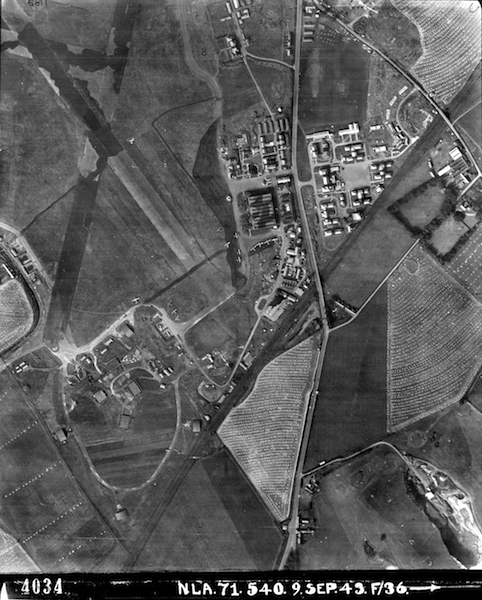 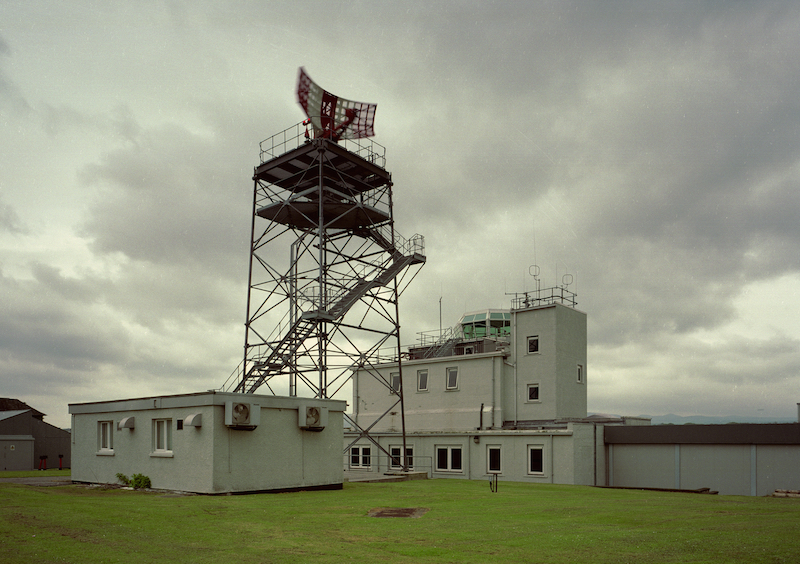 The control tower in May 1996. © Historic Environment Scotland. Licensor canmore.org.uk 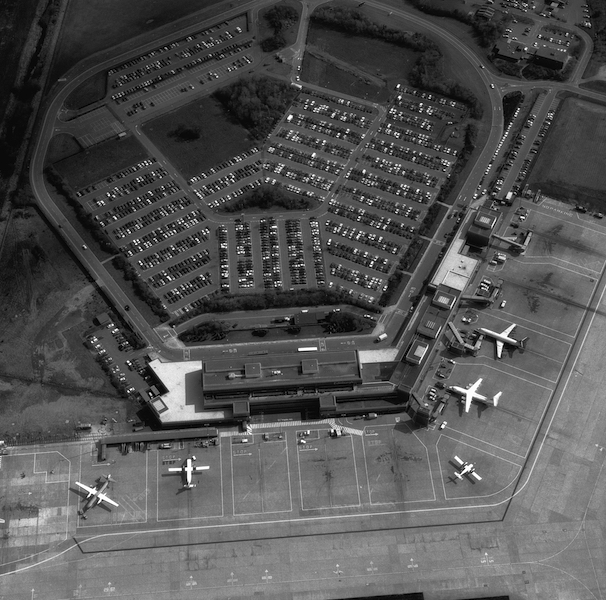 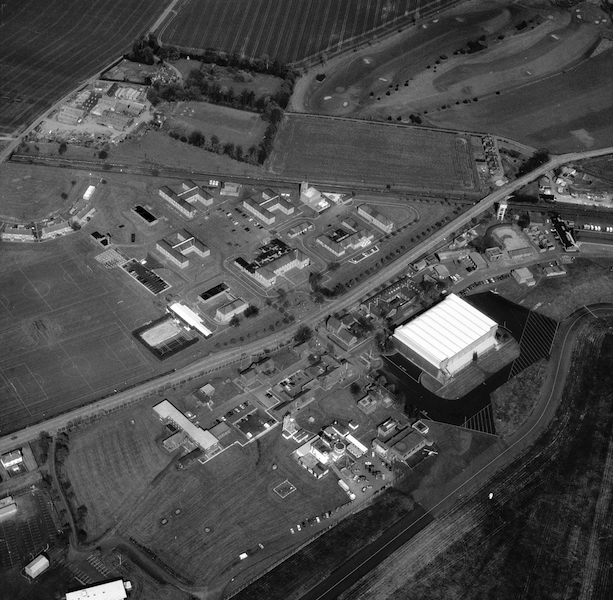 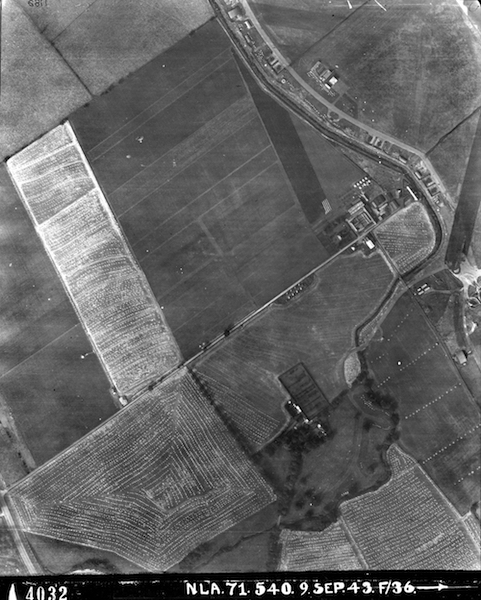 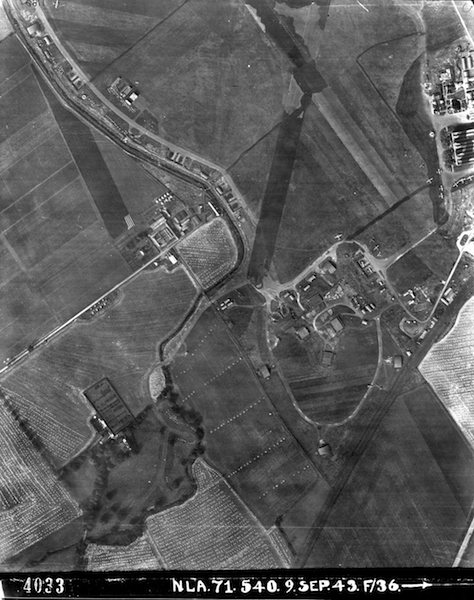 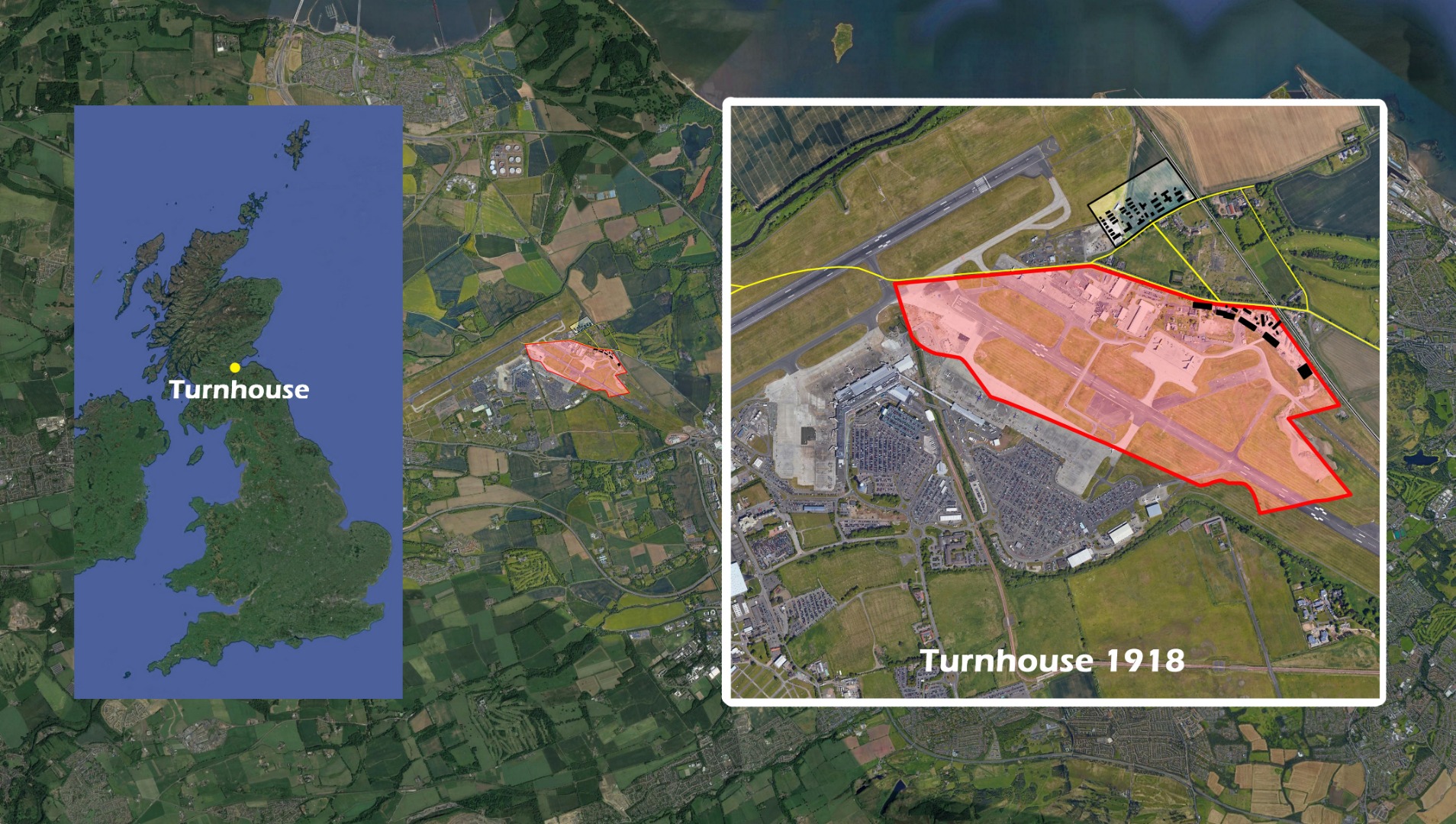