What is thought to be the world’s best preserved non-flying Spitfire now resides suspended aloft at the Kelvingrove Art Gallery and Museum in Glasgow. LA198 was operated by No 602 (City of Glasgow) Squadron in the late 1940s until suffering a heavy landing at Horsham St Faith on 22 July 1949. The aircraft subsequently travelled around various airfields in Britain for many years until being gifted to the city almost 50 years later.

Now better known as Glasgow International Airport, Abbotsinch started life as a RAF airfield. It was initially home to No 602 (City of Glasgow) Squadron flying Westland Wapitis before these biplanes were replaced by Hawker Harts in 1934 and again by Hawker Hinds in June 1936. Twelve Hinds and their Bessonneau hangars were damaged during a storm on the night of 26 October leading to the aircraft being moved to Kent. Meanwhile, Avro Ansons arrived before the end of the year carrying out coastal patrol missions. Throughout the first half of the Second World War the airfield was home to many different types of aircraft for varying lengths of time and roles: these included Supermarine Spitfires, de Havilland Tiger Moths, Bristol Beauforts, Westland Lysanders and Douglas Bostons among others for duties including Army Co-operation and training.

In 1943 the airfield was officially handed over to the Royal Navy and became known as HMS Sanderling. During this time Abbotsinch was now principally used for as an Aircraft Maintenance Yard and for reserve aircraft storage. HMS Sanderling later housed Nos 1830 and 1843 Squadrons as part of the newly formed Royal Naval Volunteer Reserve primarily flying Fairey Firefly and Grumman Avenger aircraft until these units disbanded on 10 March 1957. Between 10 May 1946 and 10 March 1957 No 602 Squadron returned to fly Spitfires again and then jet-engined de Havilland Vampires from 1951. Evidence of the airfield’s naval history can be seen in the name of a JD Wetherspoon pub at the airport, The Sanderling.

On 31 October 1963, the airfield was transferred to the Ministry of Aviation and reopened for commercial flights as Glasgow Airport on 2 May 1966, taking over from nearby Renfrew; renowned architect Sir Basil Spence designed the new terminal building. Construction went ahead despite the controversial nature of the development because the Government had already committed millions of pounds to the development of Prestwick Airport.

The main runway was expanded to cater for larger aircraft in 1973 and, after being purchased by the British Airports Authority in 1975, a £2 million extension was added to the terminal building to significantly increase capacity. At this point in time the airport was renamed Glasgow International Airport with transatlantic operators moving from Prestwick. Expansion continued during the 1980s, increasing the size of the terminal by 70% by 1989. The main terminal building was hugely expanded in 1990 so that the Sir Basil Spence designed building now stands within it. The original concrete arches that looked on to the roadside now form the facade of the check-in area. A new international pier was opened in 1994 and by 2000 the airport was handling over 6.9 million passengers a year. In 2003 redevelopment work was completed on what was known as the St Andrews building, now Terminal 2, in order to meet the demand created by the expansion of low cost airlines. There is still a small RAF presence at the airport in the form of the Universities of Glasgow and Strathclyde Air Squadron (UGSAS), providing training to university students interested in pursuing a career in the RAF.

The airport was a target of a terrorist attack on 30 June 2007 when a Jeep Cherokee loaded with propane canisters was driven into the doors of the terminal building and set ablaze. Security bollards stopped the car from entering the building. One of the two drivers later died from their injuries and five members of the public were injured. As of 2015, Glasgow Airport is the second busiest in Scotland after Edinburgh and a further expansion is planned. 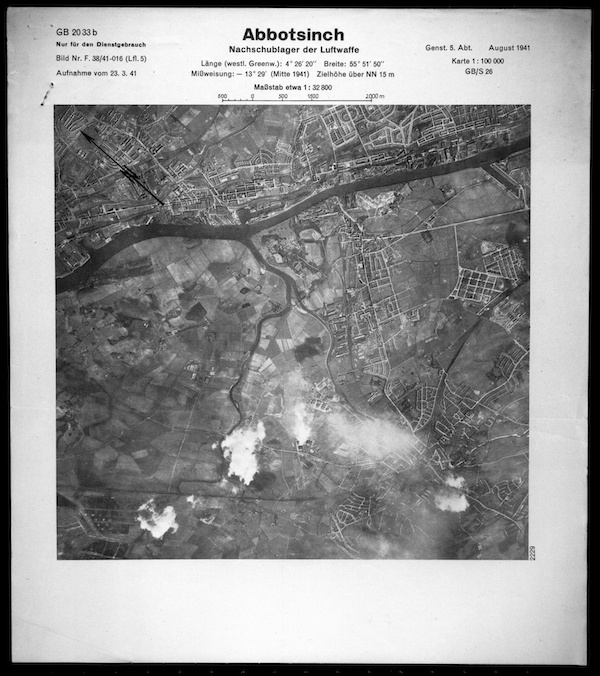 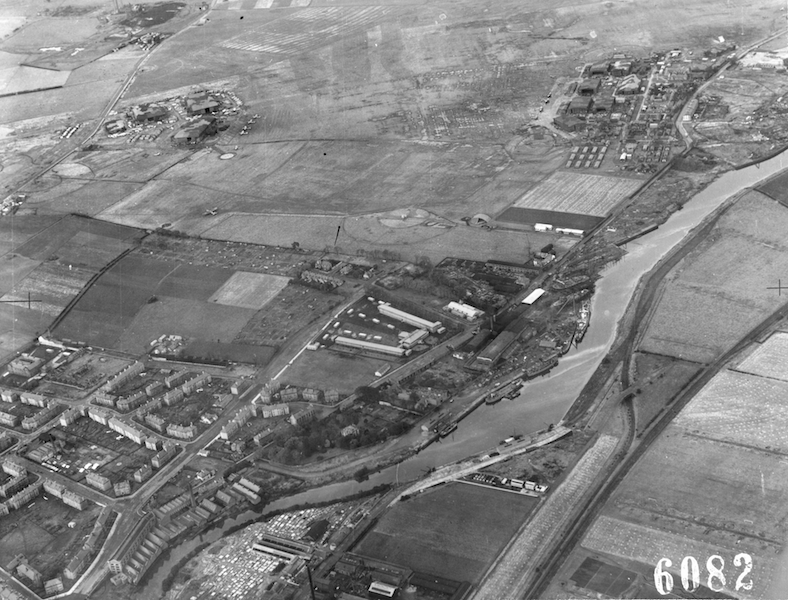 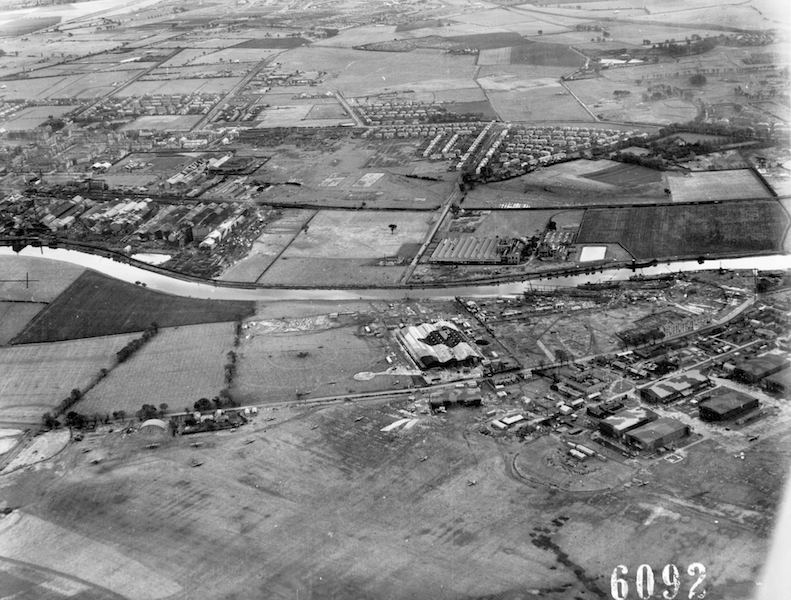 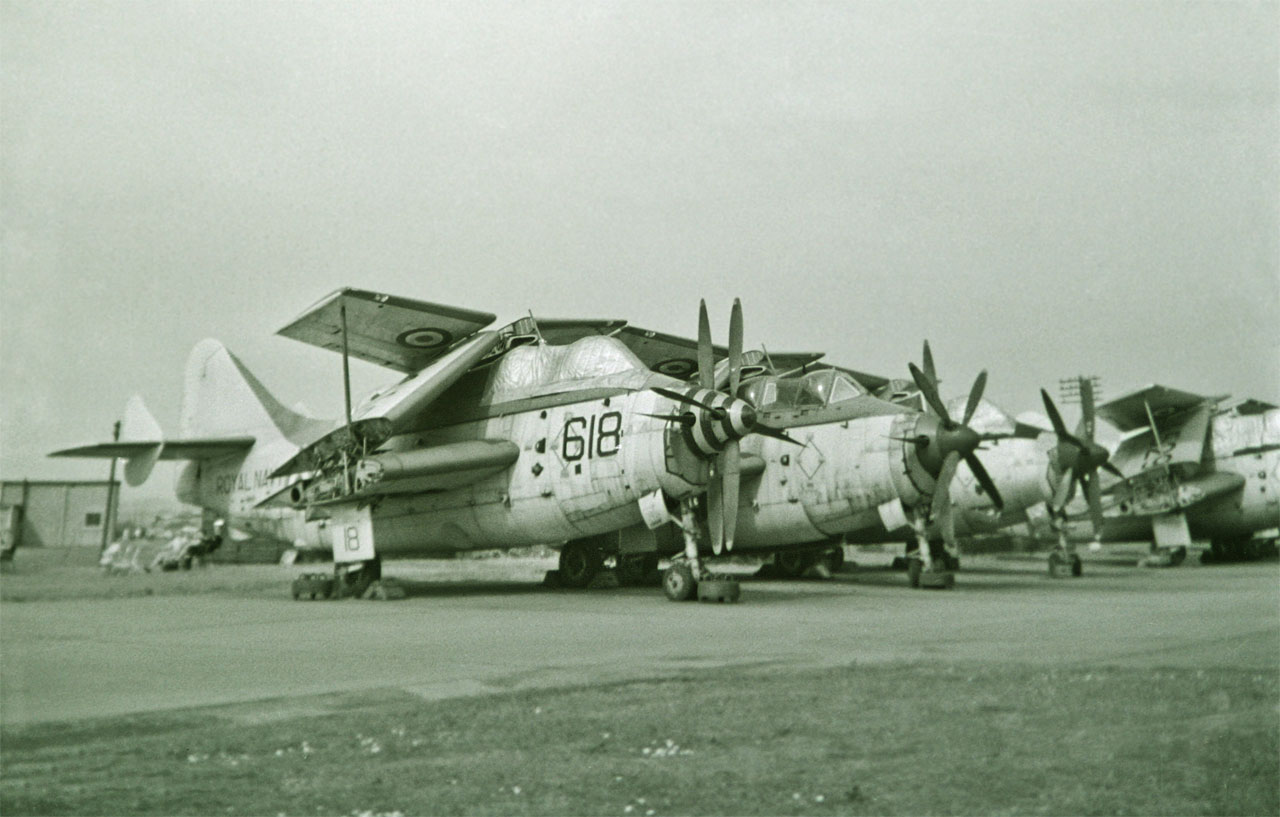 Fairey Gannets in storage at Abbotsinch in 1959. © Neil Aird 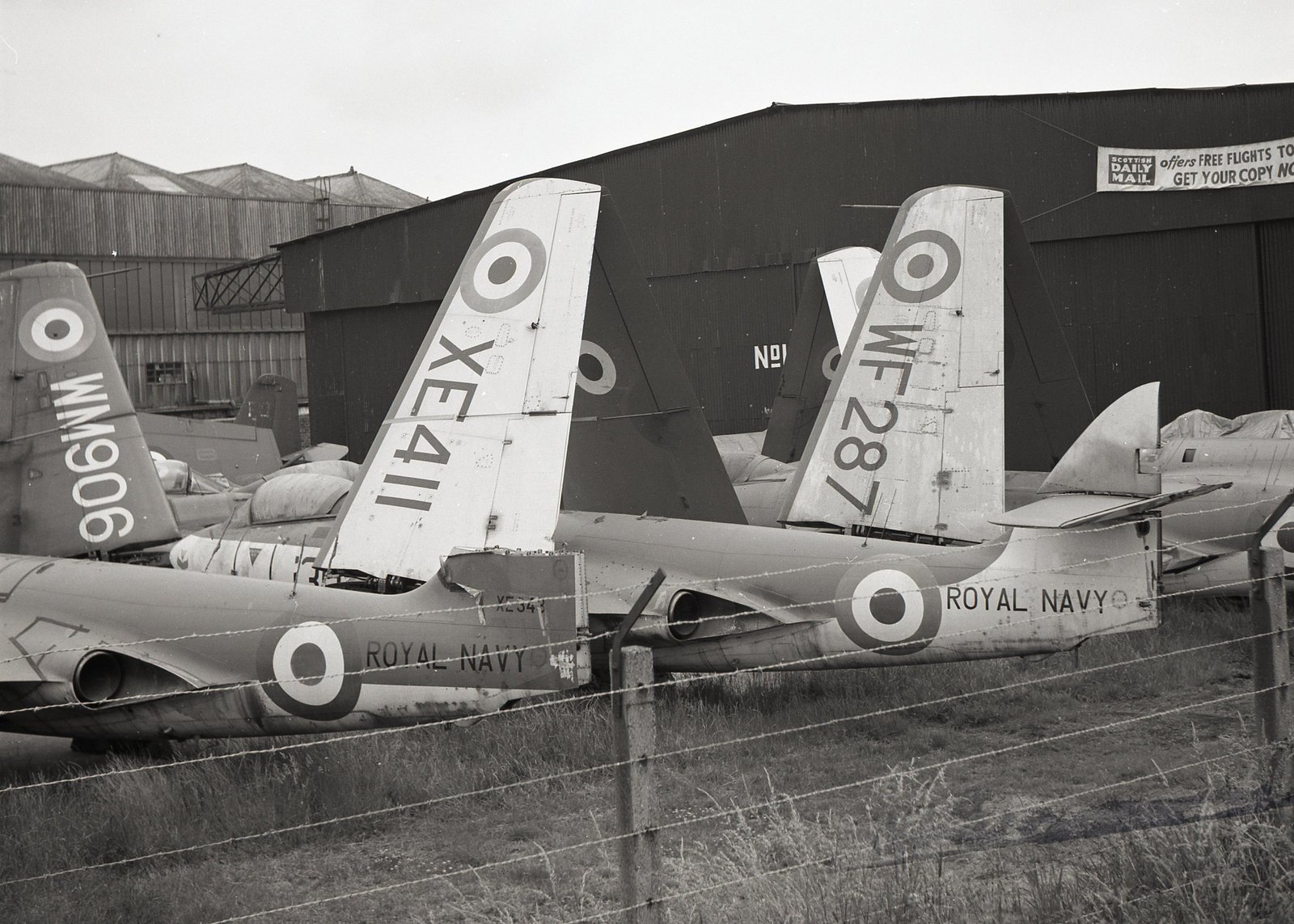 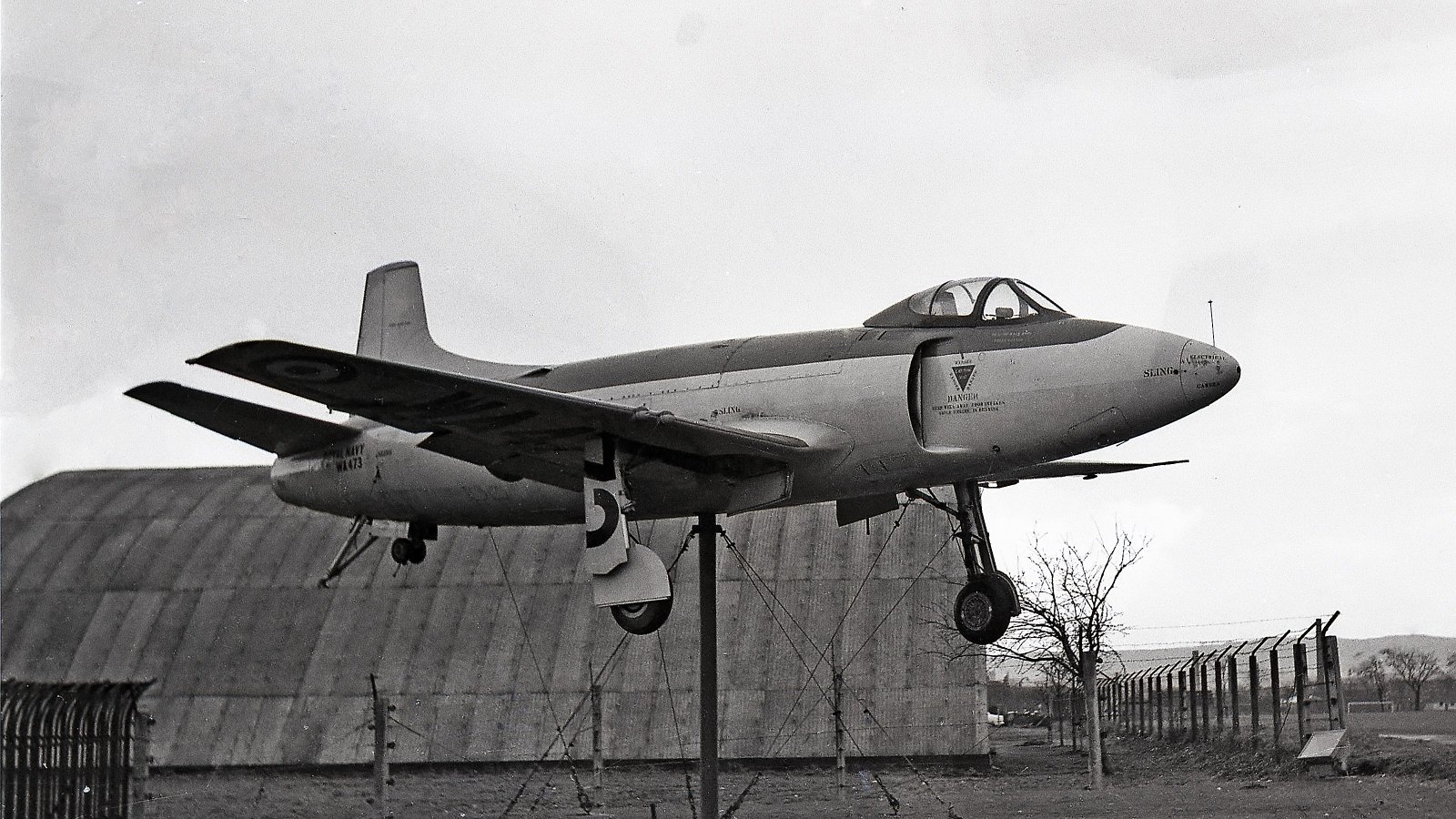 A Supermarine Attacker F.1 used as a gate guardian at the western entrance. Photograph from 1961. The aircraft is now preserved at the FAA Museum at Yeovilton in Somerset. © Gordon L.R. Macadie 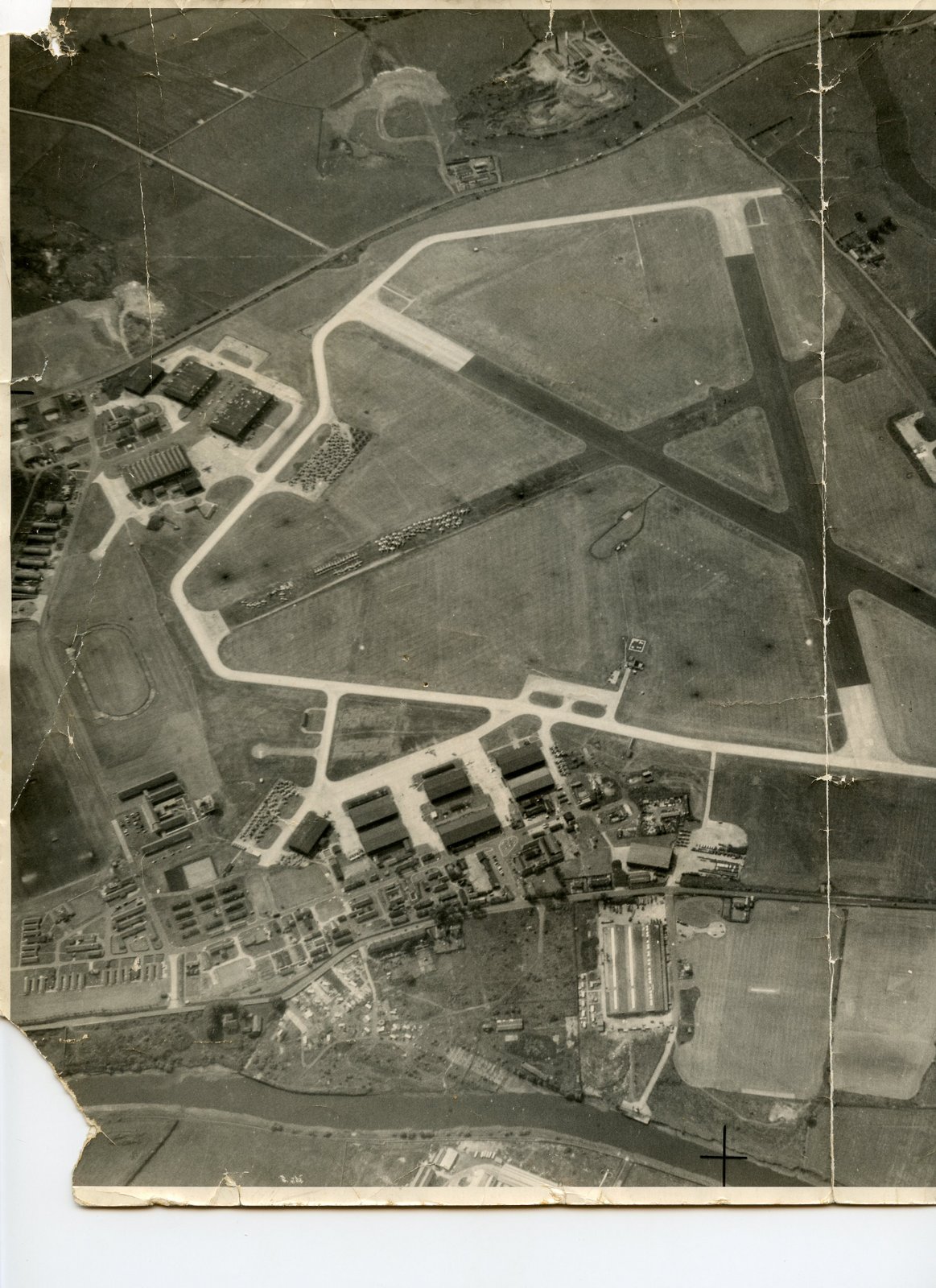 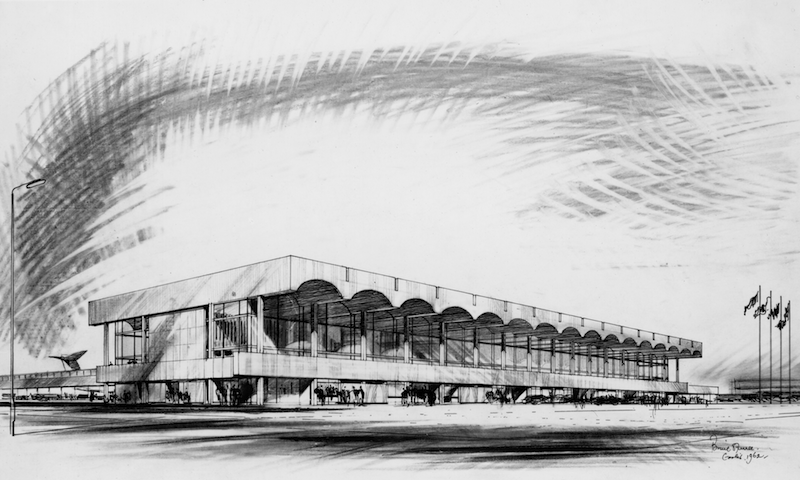 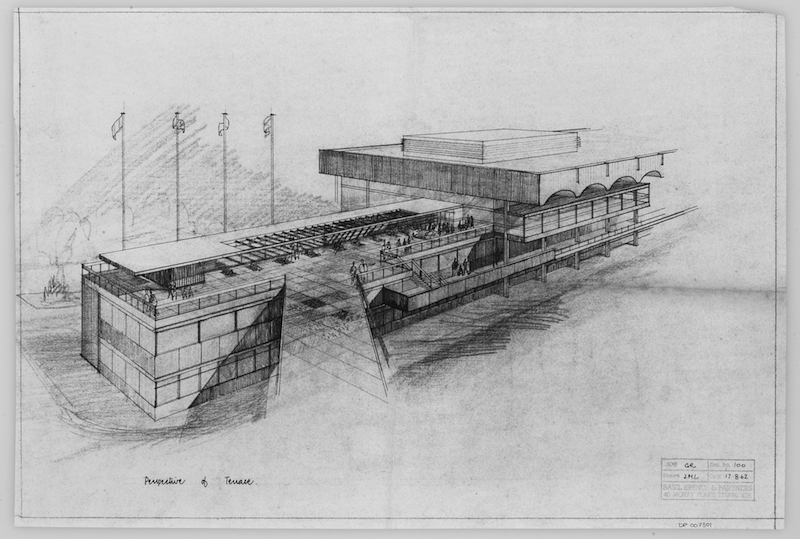 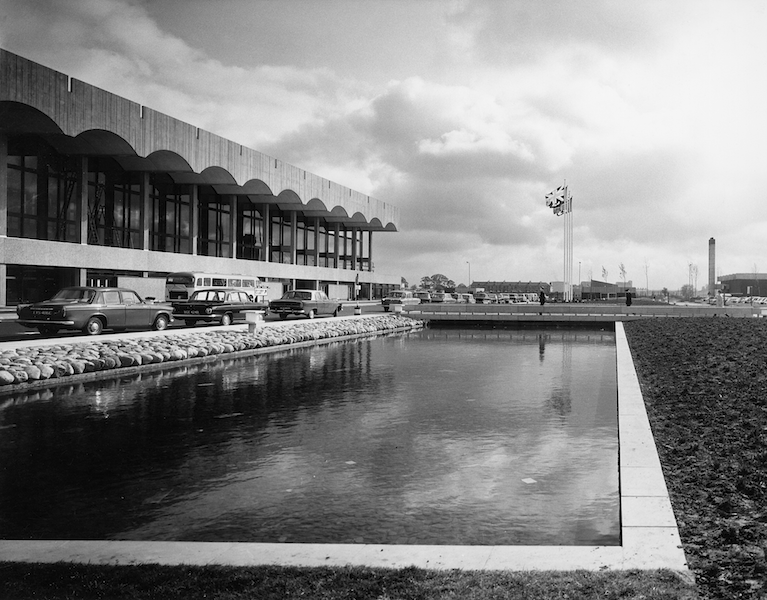 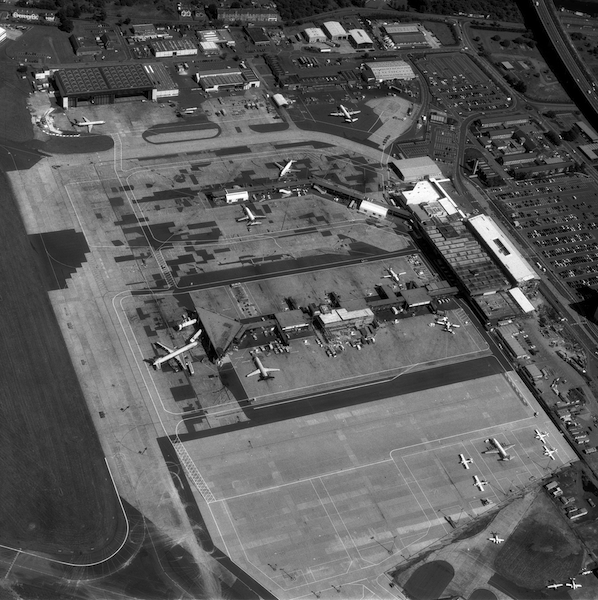 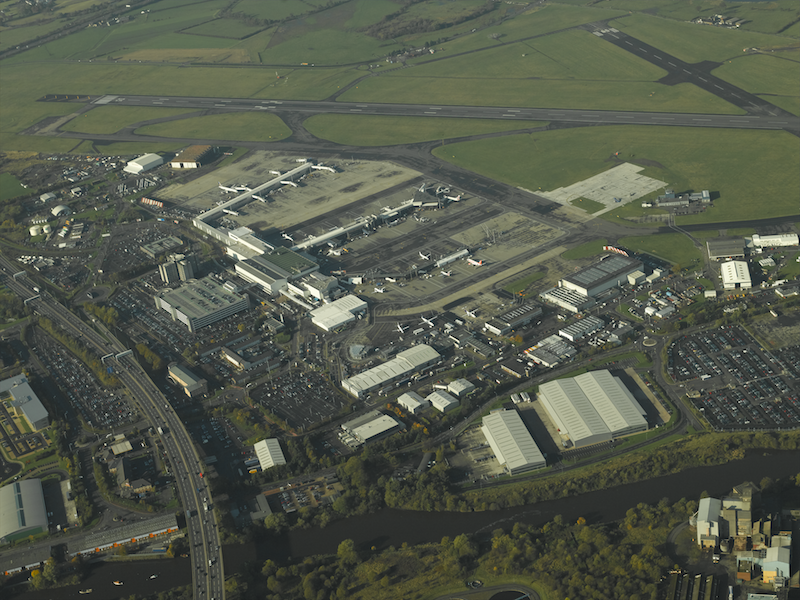 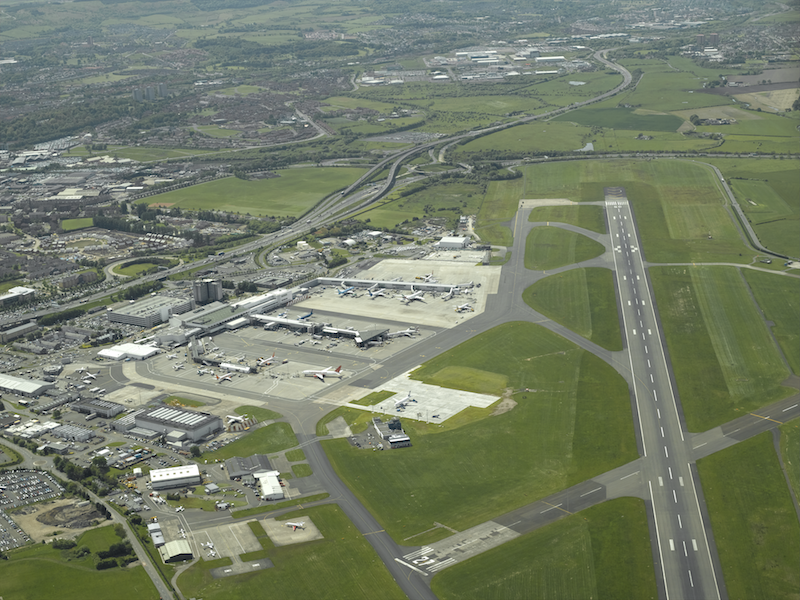 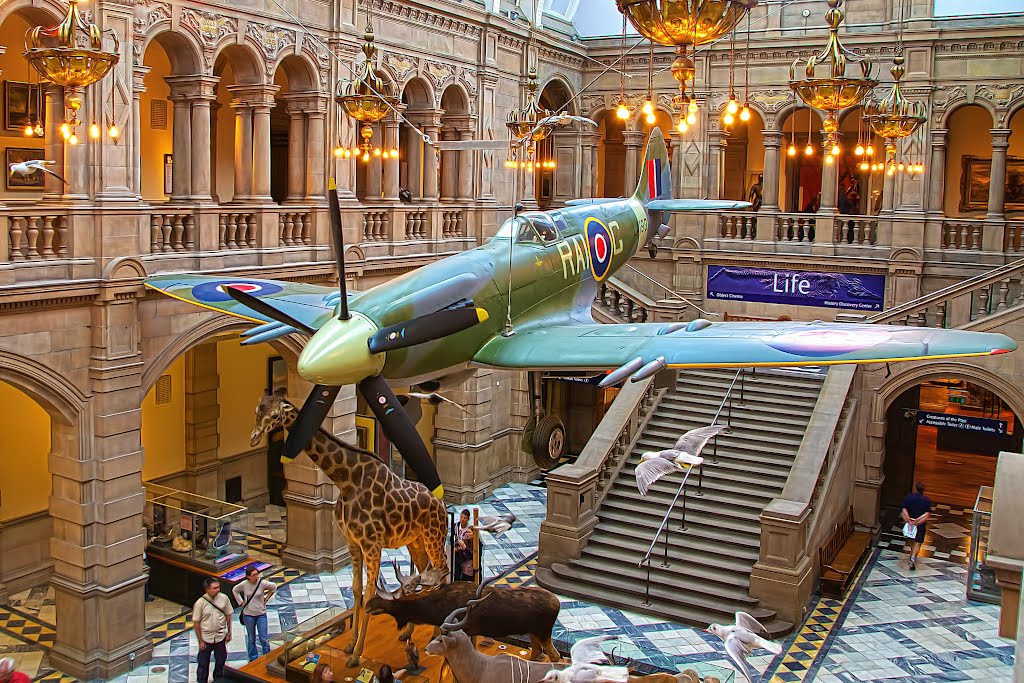 Spitfire LA198 at Kelvingrove Art Gallery and Museum. The aircraft flew with No 602 (City of Glasgow) Squadron between 1947-1949. © Rico Rodriguez 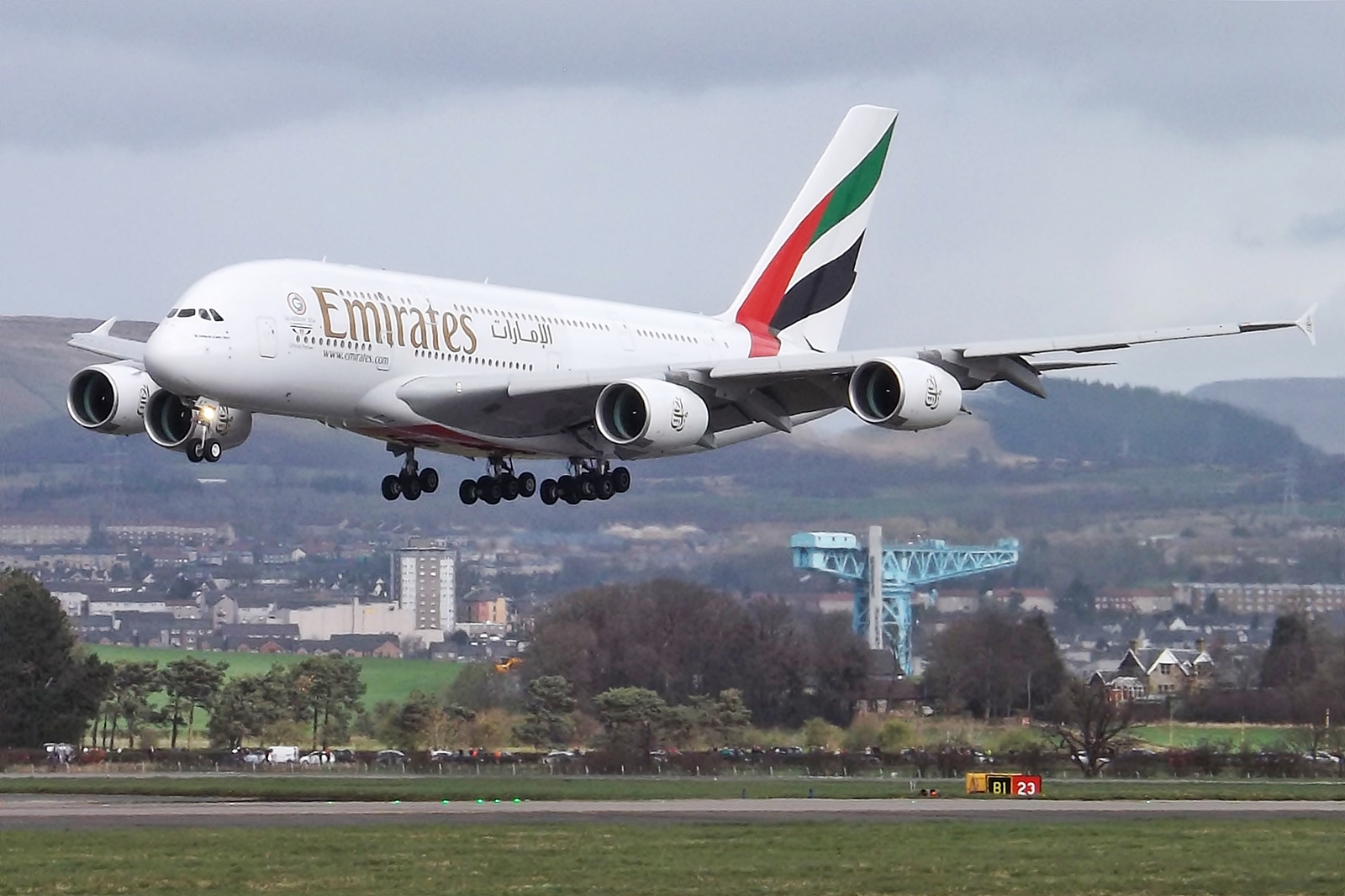 An Airbus A380 lands at Glasgow Airport for the first time as a celebration of the 10th anniversary of Emirates beginning scheduled services between Dubai and Glasgow, 10th April 2014. © Mark Harkin. Reproduced under this Creative Commons Licence.

Footage from Glasgow Airport in 1984. Courtesy of Allen McLaughlin 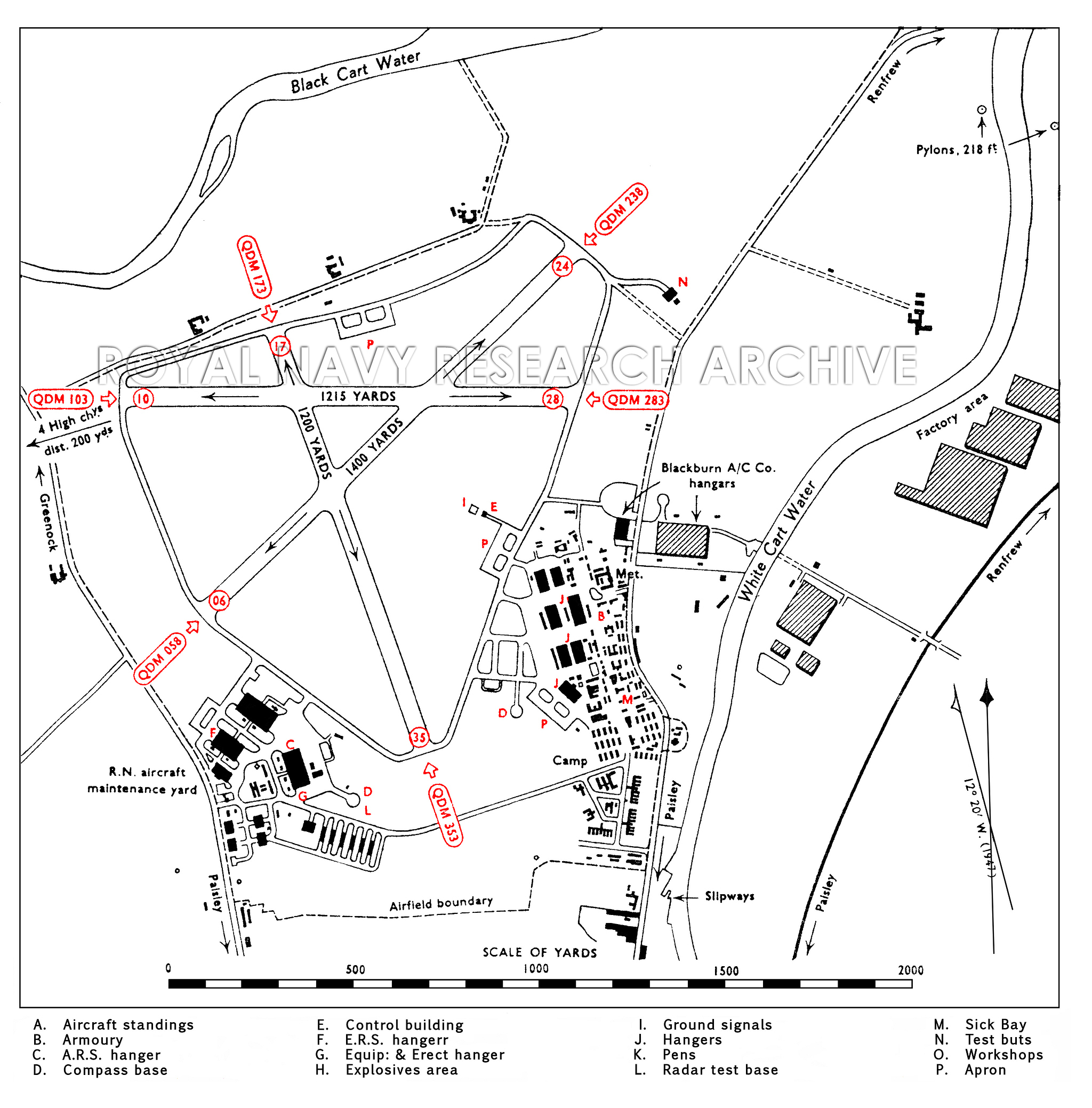