Winthorpe opened as a satellite for nearby Lincolnshire bomber airfield Swinderby in September 1940. Early users of the site were two Polish Fairey Battle squadrons, Nos 300 and 301, which changed to operating Vickers Wellingtons a month later. Attacked by a parachute mine the following November, a year later Winthorpe became employed as a satellite for Ossington and No 455 Squadron before closing for major reconstruction in early 1942. Concrete runways were laid, although perhaps in not the most thought out way, with aircraft being directed over the nearby Ransome & Marles ball-bearing factory.

Reopening in October of that year to again be Swinderby’s satellite, training was subsequently the airfield’s wartime priority. No 1661 Heavy Conversion Unit (HCU) moved in from January 1943 and operated from Winthorpe for the remainder of the war. The training carried out by the unit was completed on a variety of aircraft types throughout, including Avro Lancasters, Avro Manchesters, Handley Page Halifaxes and Short Stirlings. The last type became standard equipment from November 1943 until Lancasters superseded them in December 1944.

The HCU disbanded in August 1945 and control of the airfield passed to Transport Command. Winthorpe was now used as a satellite for No 1331 Heavy Transport Conversion Unit at Syerston after it formed in December 1946 with Halifaxes. This unit was active here into 1947. Winthorpe was also used for storage post war as the airfield was passed to Maintenance Command. Nos 54 and 61 Maintenance Units both used the site, and the important Central Servicing Development Establishment (CSDE) arrived in February 1953 until moving to Swanton Morley at the beginning of 1958. Becoming inactive in July 1958, accommodation at the site remained in use by the RAF until the 1960s, at which stage they were incorporated into the village of Coddington.

Newark Showground was established at the site, once purchased January 1962, and remains in use today. Further aviation connections arose with the arrival during the 1970s of the Newark Air Museum and later Newark and Notts Gliding Club. Originally known as the South Yorkshire and Nottinghamshire Gliding Club, the latter used the site until around 2007 when it merged with another club at Darlton. The Air Museum meanwhile officially opened on 14April 1973 and continues the aviation story of the site to this day. All three runways and the perimeter track survive in their majority but the control tower eventually fell victim to demolition. During wartime the airfield also had two T2 and one B1 hangars plus 36 hardstandings. 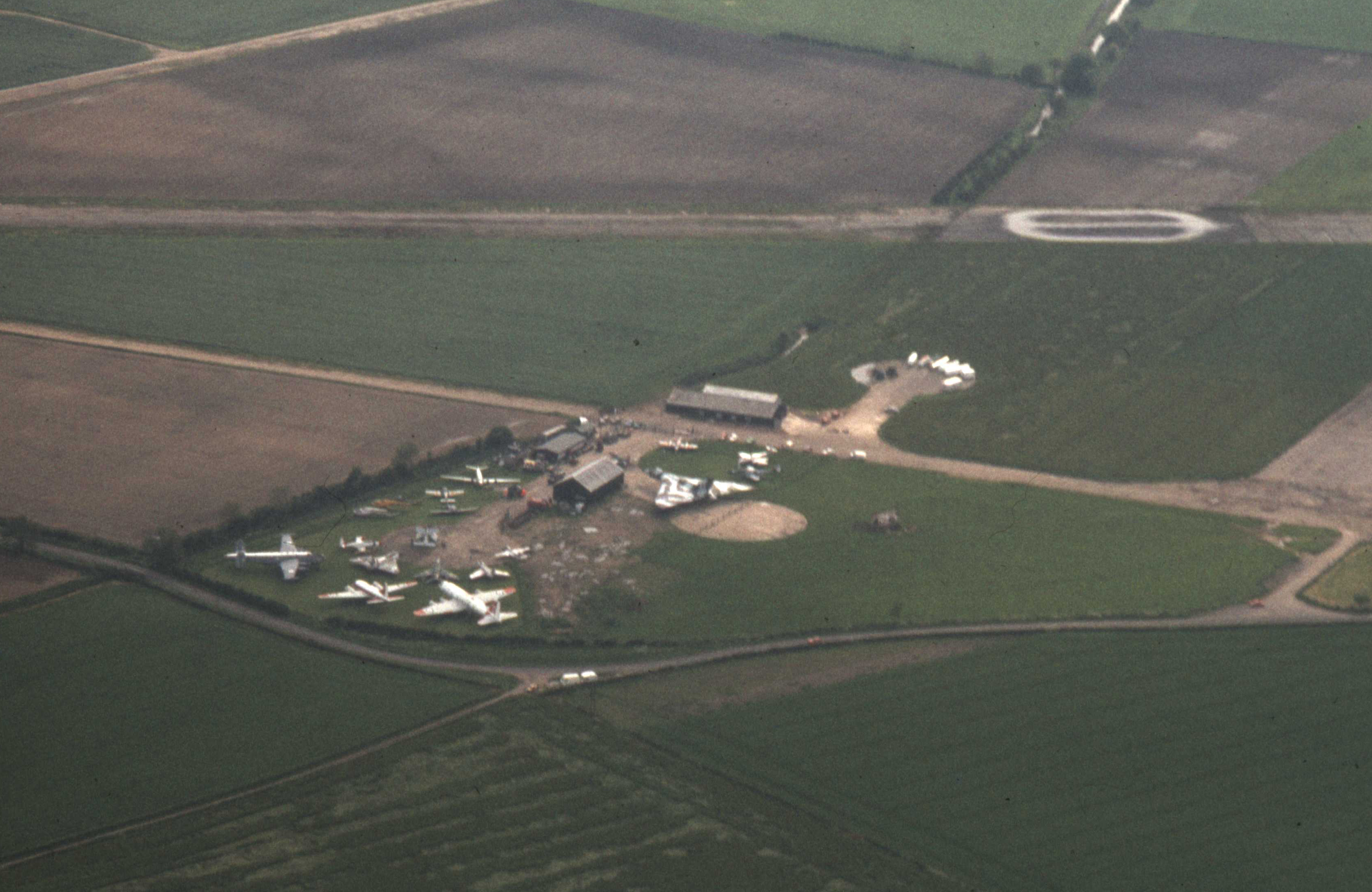