The mythical Aurora hypersonic reconnaissance aircraft intended for United States Air Force use was repeatedly claimed to have used Machrihanish under conditions of exceptionally tight security.

Machrihanish, not to be confused with the earlier airfield of Campbeltown, opened on 15 June 1941, taking the HMS Landrail name from the latter airfield. As with most Fleet Air Arm airfields, the site was home to many different disembarked units, flying a variety of aircraft. Examples included No 772 Squadron who stayed from the beginning until 1944, a Fleet Requirements Unit (FRU) that later also used Supermarine Walruses for Air-Sea Rescue. This unit quickly absorbed No 790 Squadron, an Air Target Towing Unit that had also been based at Machrihanish from June 1941 for a few months. Fairey Swordfish and Barracuda squadrons and even RAF Supermarine Spitfires of No 65 Squadron spent varying lengths of time at the airfield during the war, one of the few other more permanent residents being the communications aircraft of No 740 Squadron between December 1943 and September 1945. Following the end of the conflict activity ran down and the site was put under Care and Maintenance in April 1946.

Machrihanish reopened as HMS Landrail again in December 1951 in response to the Korean War, with No 799 Squadron flying Hawker Sea Furies as a Refresher Flying Training Unit for pilots back in service after civilian life. This however only lasted until September 1952 and military flying activity ceased again.

The Fleet Air Arm four runway set up was changed in the early 1960s when significant redevelopment work took place after being identified for use by NATO and especially American forces. When the work was completed the airfield was left with a single huge runway measuring 10,000 feet. New buildings were later appeared for certain military elements such as US SEALs special forces. No flying units became permanently based here but there were many forward operating detachments by RAF frontline squadrons and US Navy maritime patrol aircraft, while at one time 2,000 personnel were present.

An airport terminal had opened in November 1963 and airlines operated at what was later known as Campbeltown Airport from this time. From the 1980s Machrihanish’s large runway meant that it was one of the sites identified as an emergency landing ground for NASA’s Space Shuttle.

The airfield continued to operate in this way, officially under US Navy control until it was back in RAF hands in the mid 1990s. After remaining on Care and Maintenance the MoD sold the airfield to Machrihanish Airbase Community Company (MACC) Development Ltd in May 2012. A section of the site continues to be leased to Highlands and Islands Airports Limited (HIAL) for Campbeltown Airport. Buildings, including a refurbished Gaydon hangar and the former Station Headquarters still survive and are available for use by businesses. Machrihanish is also one of the shortlisted sites for a UK Spaceport.

News report describing the Machrihanish Airbase Community Company's take over of the site, 2012. Courtesy of TheObanTimes 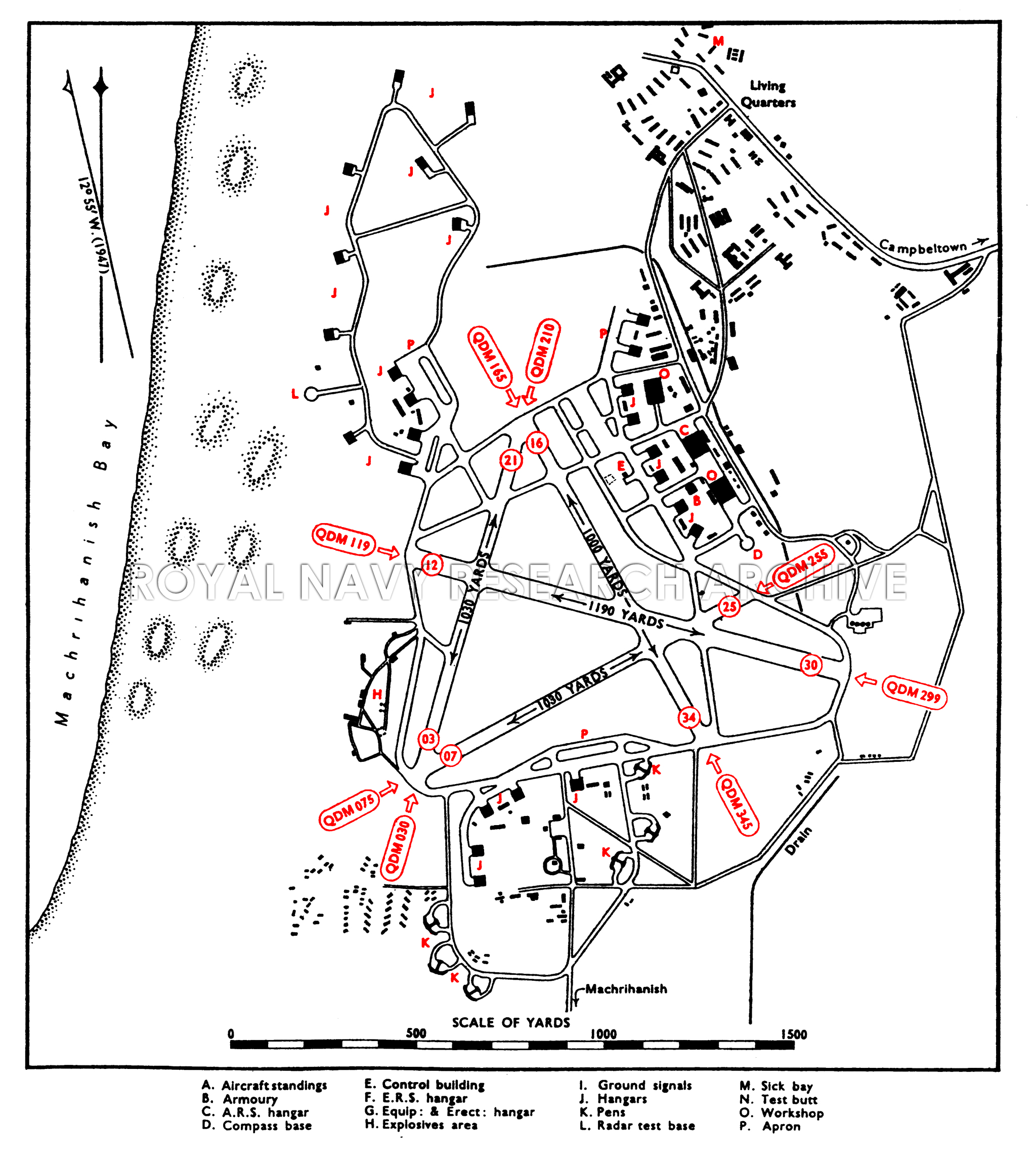