Still a relatively familiar name in some ways, Pembrey was built before World War Two as a training station. It endured something of a protracted run-up and, although first used by No 2 Air Armament School in September 1939 after transferring from Eastchurch, not until May 1940 did the airfield move into full operation. This was just as well as from then until the late spring of 1941 Fighter Command squadrons stayed for mainly convoy patrols. Despite being regarded as a more rearward station for ostensibly resting units, Pembrey did witness a fair amount of successful action against enemy aircraft, and No 316 Squadron formed here with Hawker Hurricanes in February 1941.

The airfield’s non-operational role began a few months later when No 1 Air Gunners School was created in June of that year. This proved the main wartime resident at Pembrey up to its disbandment in June 1945 and operated in turn primarily Bristol Blenheims, Avro Ansons and Vickers Wellingtons. No 3 Air Crew Holding Unit immediately followed to handle RAF personnel but No 595 Squadron was earmarked to arrive once the ACHU left and duly did so in October 1946 for anti-aircraft co-operation duties. Renamed as No 5 Squadron on 11 February 1949, it moved to Chivenor the following October.

As with the initial stages of its career, Pembrey subsequently reverted to ground-based RAF duties until No 233 Operational Conversion Unit formed on 1 September 1952. This unit trained jet fighter pilots over the next five years on de Havilland Vampires and Hawker Hunters. Its departure could have marked the end for Pembrey as the airfield quickly closed but, as events transpired, this proved to be anything but the case.

Although agriculture took over much of the airfield, Pembrey has kept busy in differing ways since the 1960s. More unofficial motor sport began in that decade and it gained full acknowledgement as a racing circuit at the end of the 1980s. There remains a more indirect flying connection with the adjacent RAF bombing and firing range but Pembrey returned to being an airfield again when it officially became an airport during 1997/98. Civil aircraft use for mostly general aviation continues from the northern end of the extended main runway. Although there has been much redevelopment, the landing area layout and some original buildings survive, including a rare Dome Trainer for gunnery instruction. 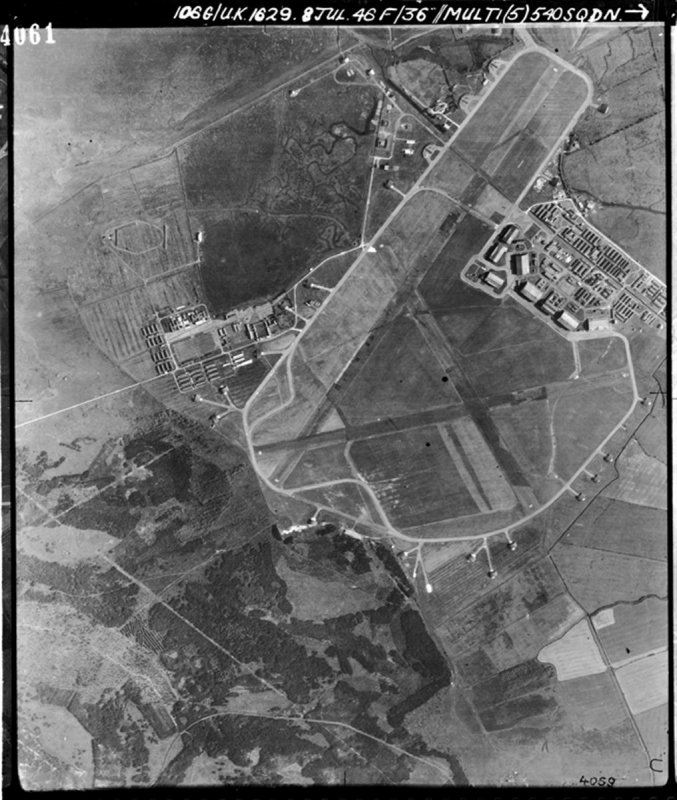 Aerial view of Pembrey, 1946. From the collections of the National Monuments Record of Wales: © Crown copyright: MoD. 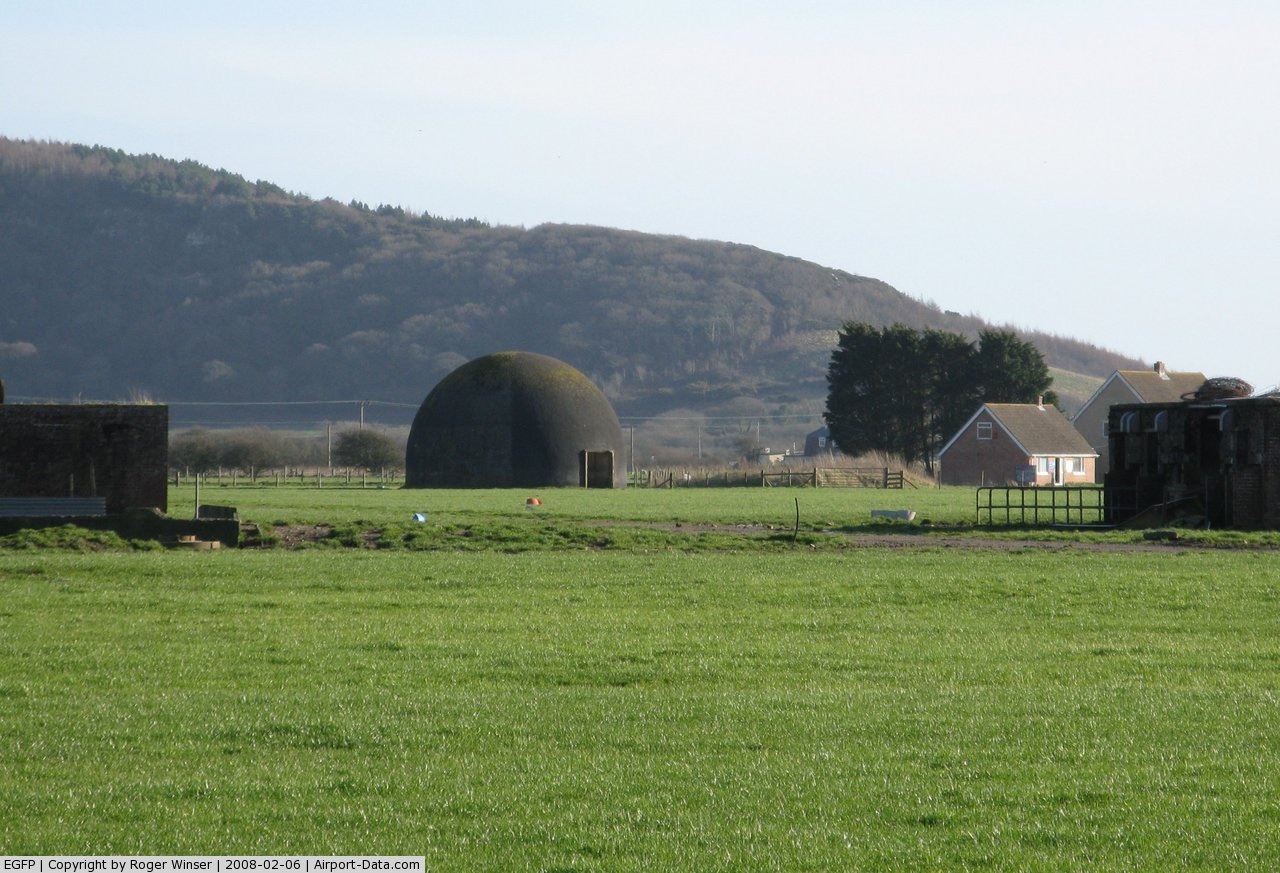 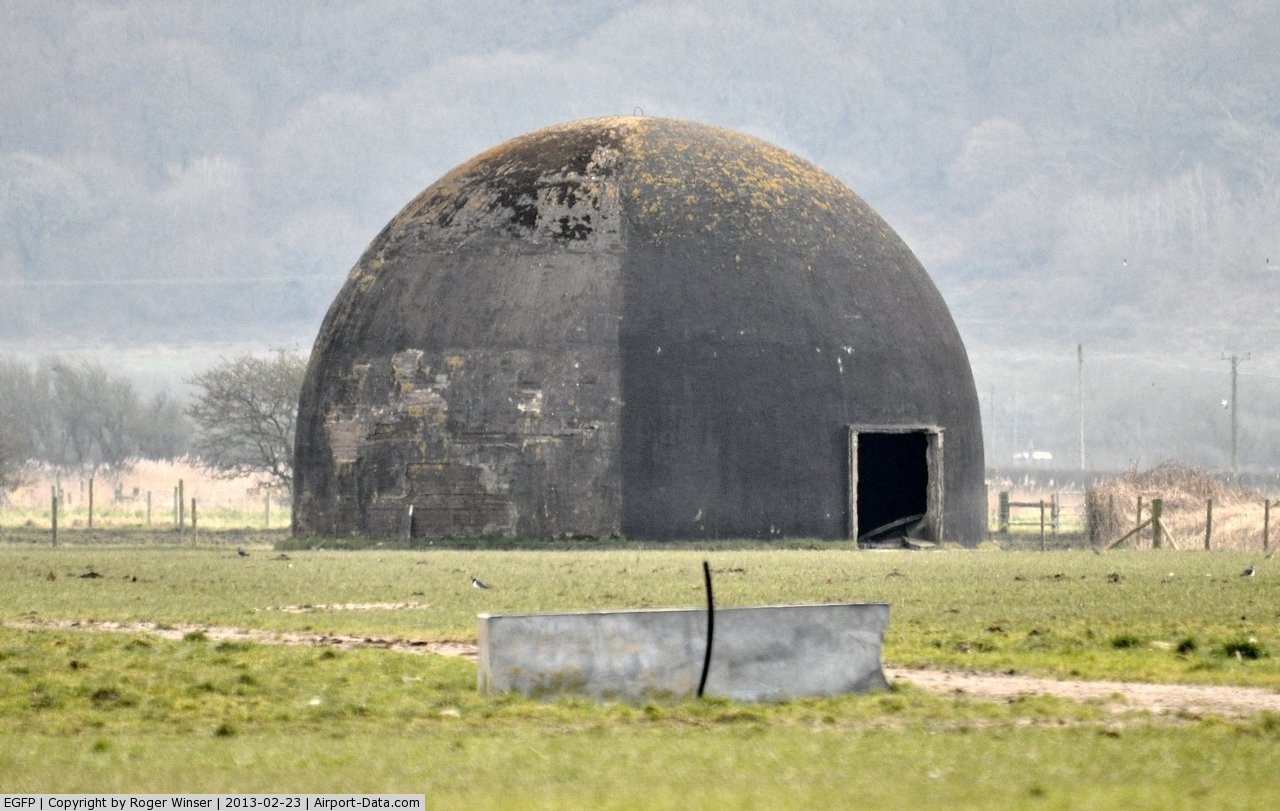 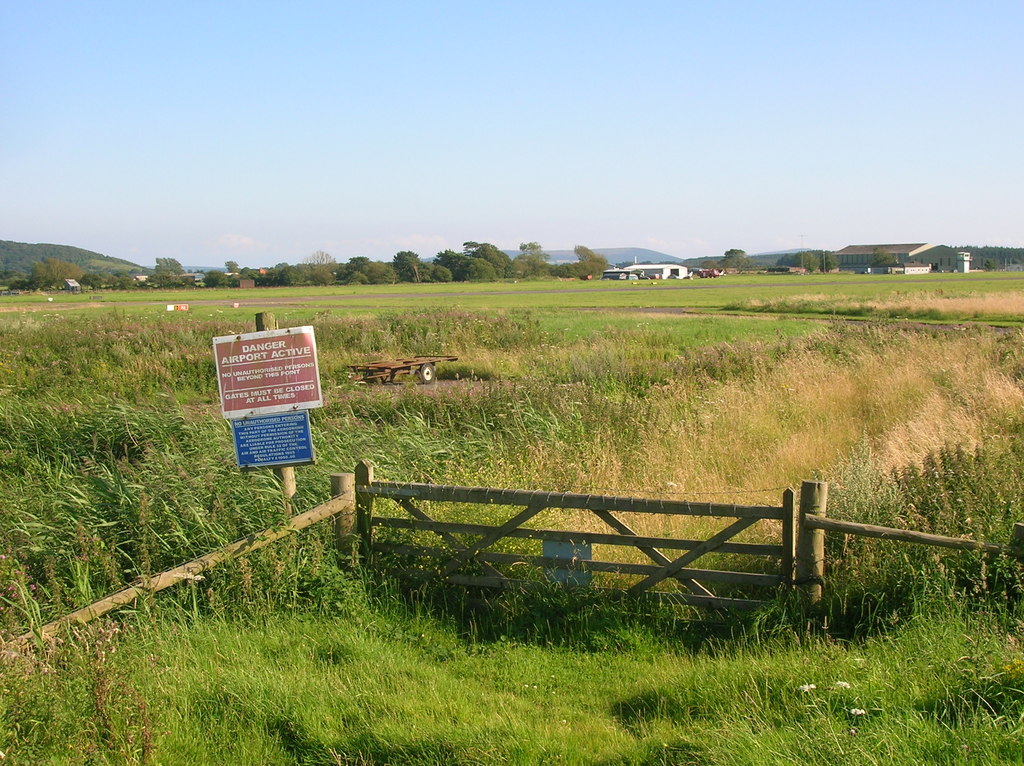 Looking across Pembrey, 9 August 2012. © Simon Mortimer and licensed for reuse under this Creative Commons Licence 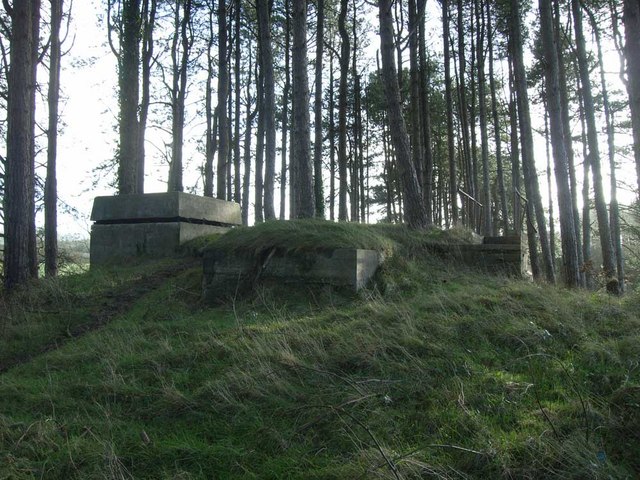 The battle headquarters at Pembrey, 20 January 2007. © Dave Farmer and licensed for reuse under this Creative Commons Licence 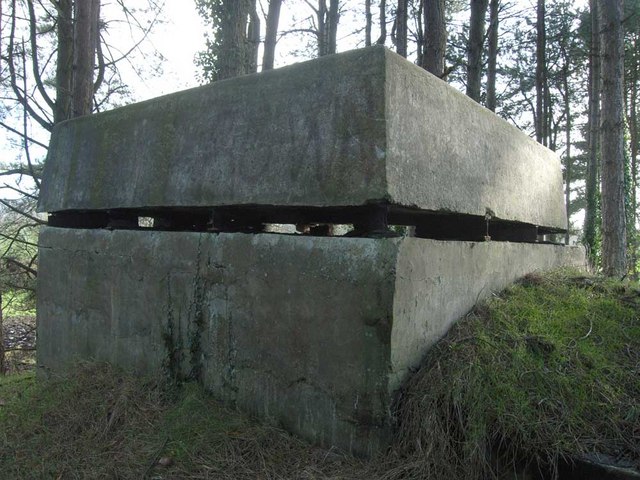 Part of the battle headquarters at Pembrey, 20 January 2007. © Dave Farmer and licensed for reuse under this Creative Commons Licence 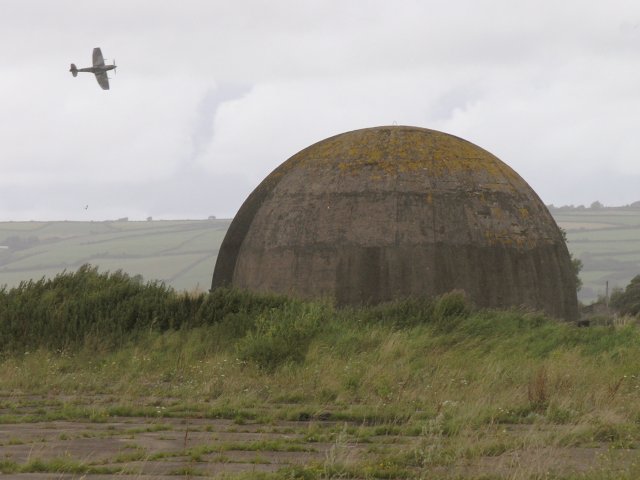 A Supermarine Spitfire flying over the dome trainer at Pembrey, 27 July 2007. © Hywel Williams and licensed for reuse under this Creative Commons Licence 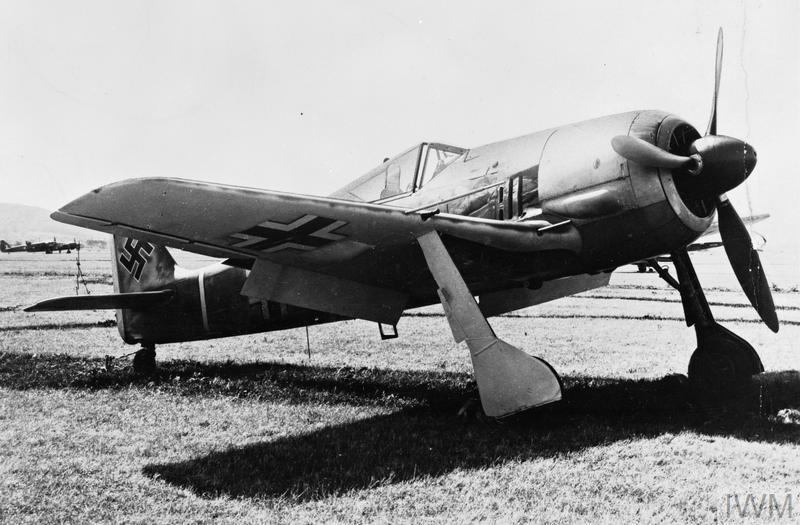