The airfield’s highly distinctive name is nothing to do with irregular breathing while sleeping but in fact dates back to Anglo-Saxon times, relating to the settlement of Snear, meaning either bright or swift: the Snoring name itself started in the 14th Century. Another anomaly is that Little Snoring village is actually larger than its neighbour Great Snoring.

The evocatively named Little Snoring in Norfolk was built to be a satellite airfield for nearby Foulsham, opening in July 1943. However, within a very short time it had been taken over by No 3 Group Bomber Command and turned into a fully active airfield. Avro Lancasters briefly operated carrying out conversion training but these quickly departed and the site was handed over to No 100 Group.

From then on, de Havilland Mosquitoes were predominantly used to carry out night fighter operations from Little Snoring until the end of the war. The airfield survived Luftwaffe attacks, particularly on the night of 19/20 April 1944 when a number of bombs hit a runway. Little Snoring did nevertheless remain operational throughout the war. From especially the spring of 1944 a few intruder squadrons, notably Nos 23 and 515, operated from the airfield. These units carried out dangerous missions over enemy territory, especially low-level attacks on enemy airfields. These sorties continued until the spring of 1945 and Germany’s surrender.

After the night fighter squadrons disbanded, No 274 Maintenance Unit took over the airfield the following autumn for it to become known as No 112 Storage Sub-Site. Over the next year the unit stored and disposed of many Mosquitoes left at Little Snoring. The site was placed under Care and Maintenance in 1947 and subsequently meandered between RAF Commands. The airfield reopened between July 1951 and March 1953 for use by the Supermarine Spitfires of No 2 Civilian Anti-Aircraft Co-operation Unit. Once these aircraft had left for Langham the airfield was closed to military flying, the United States Air Force assumed control until June 1963 but never used Little Snoring for anything more than storage. However, some civil general aviation flying has been carried out from 1958 by Fakenham Flying Group, since the early 1960s far better known as the McAully Flying Group.

Much of the site has now been demolished but two T2 hangars remain, as well as half of one of the three runways. The control tower and perimeter track also survive, the east side of the latter now serving as a public road.

Photographs and videos from the memorial unveiling on 21 July 2018: 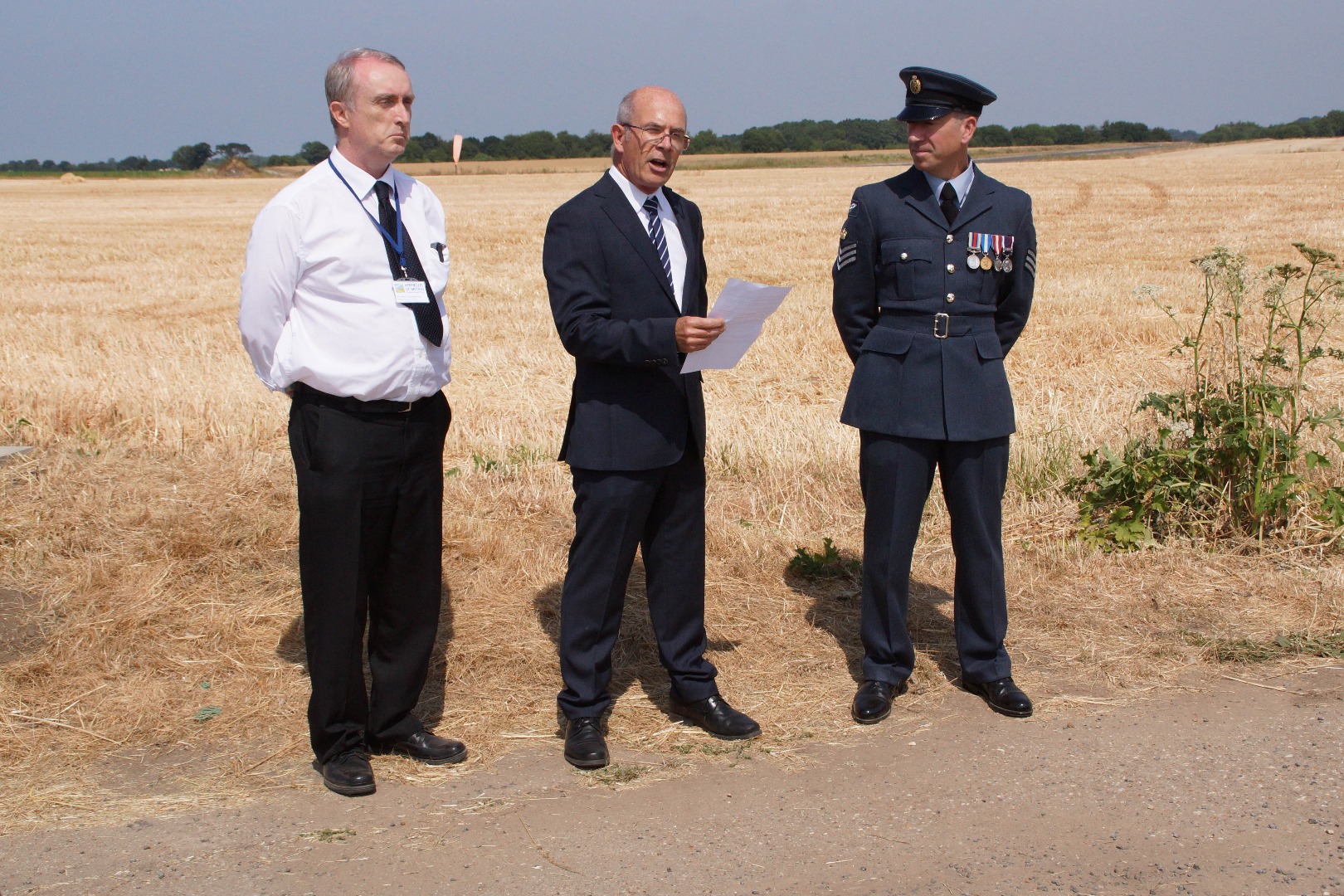 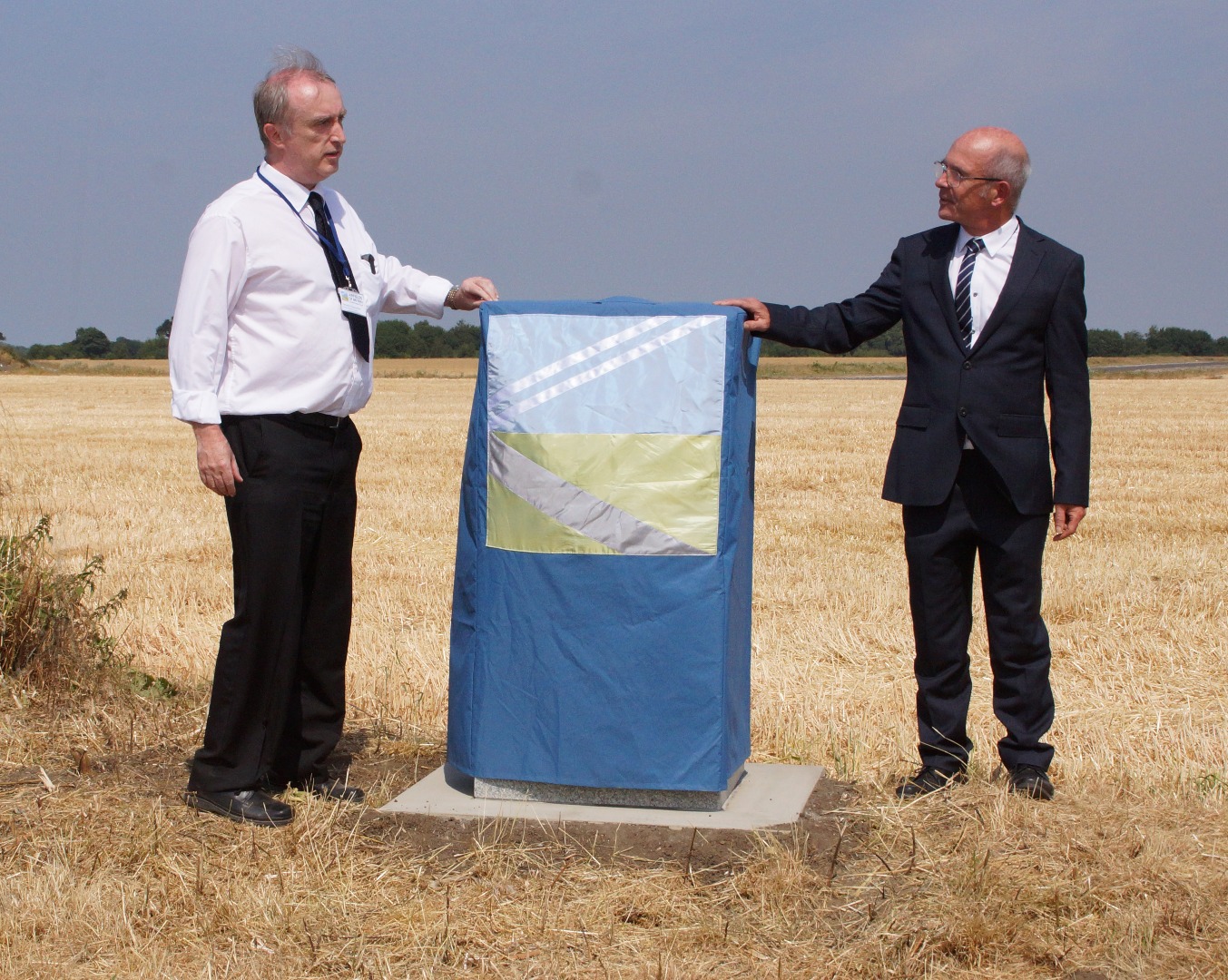 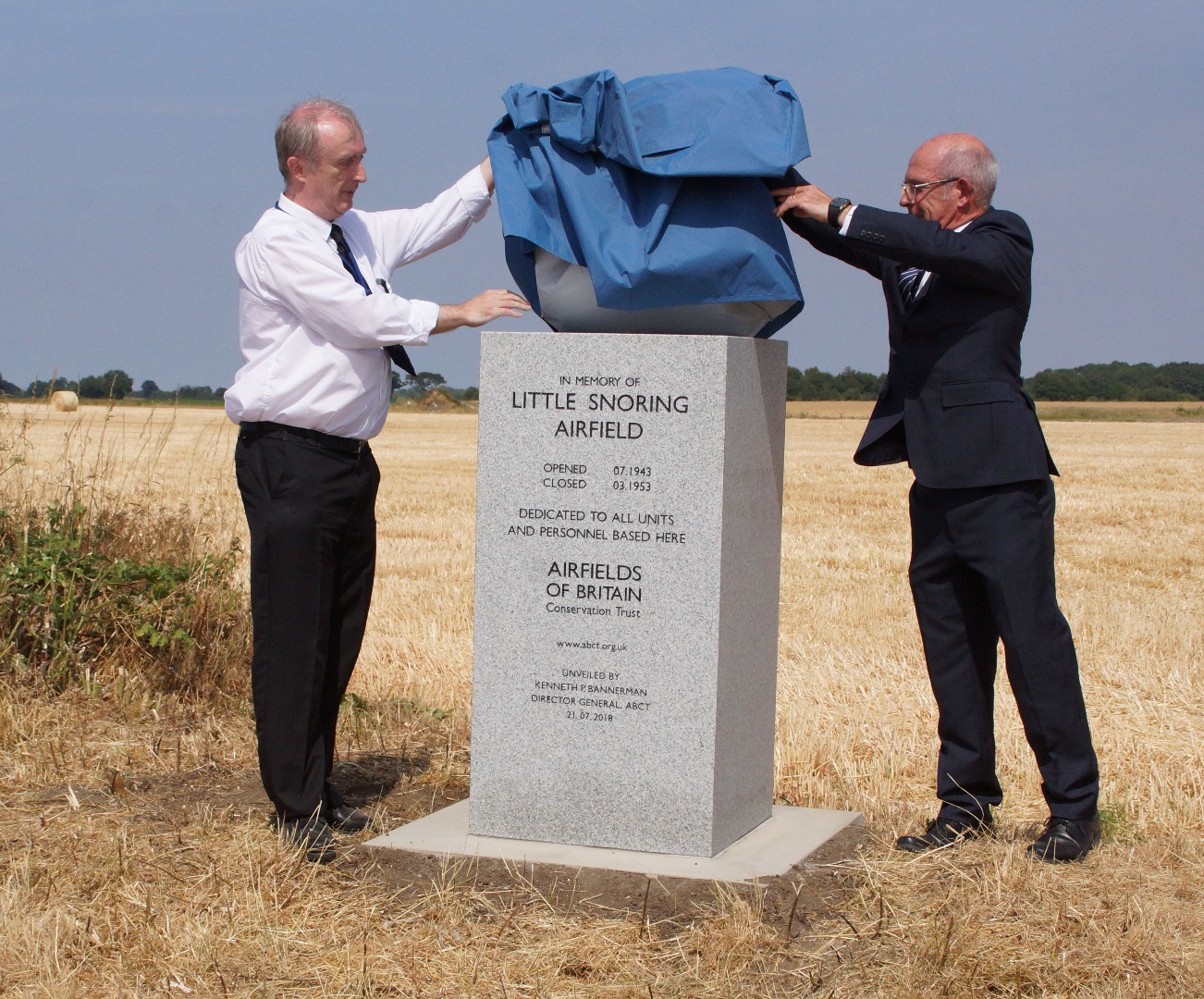 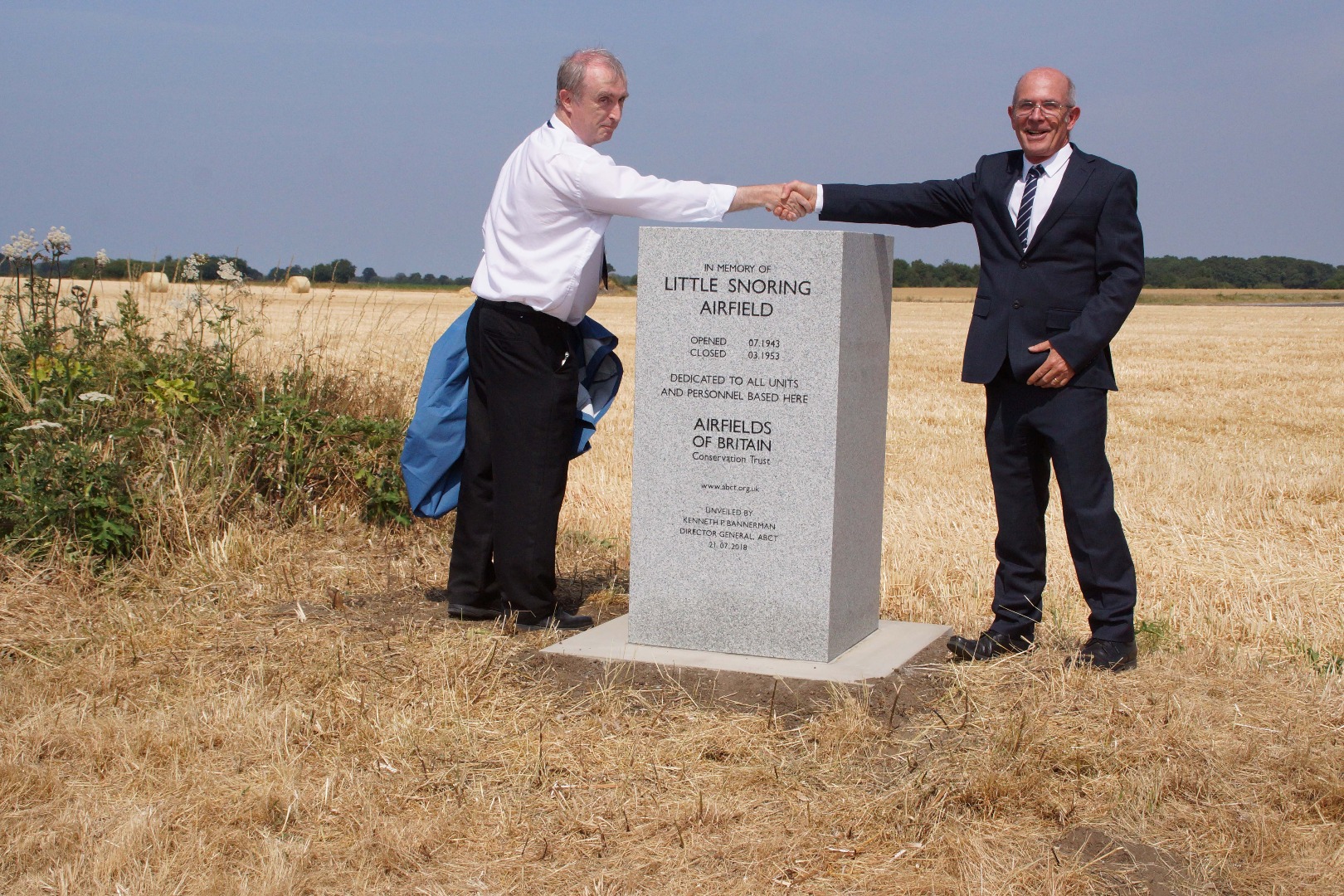 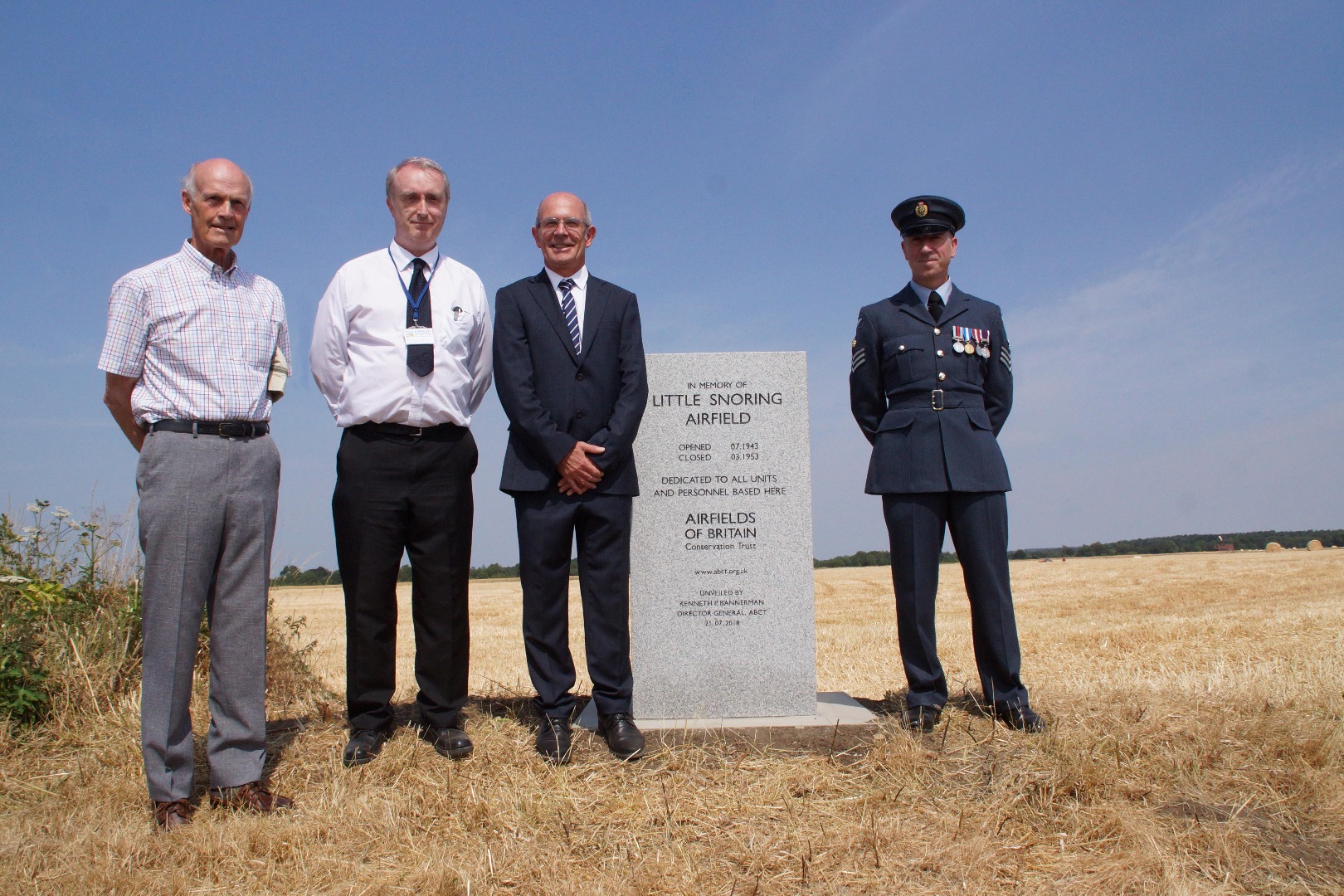 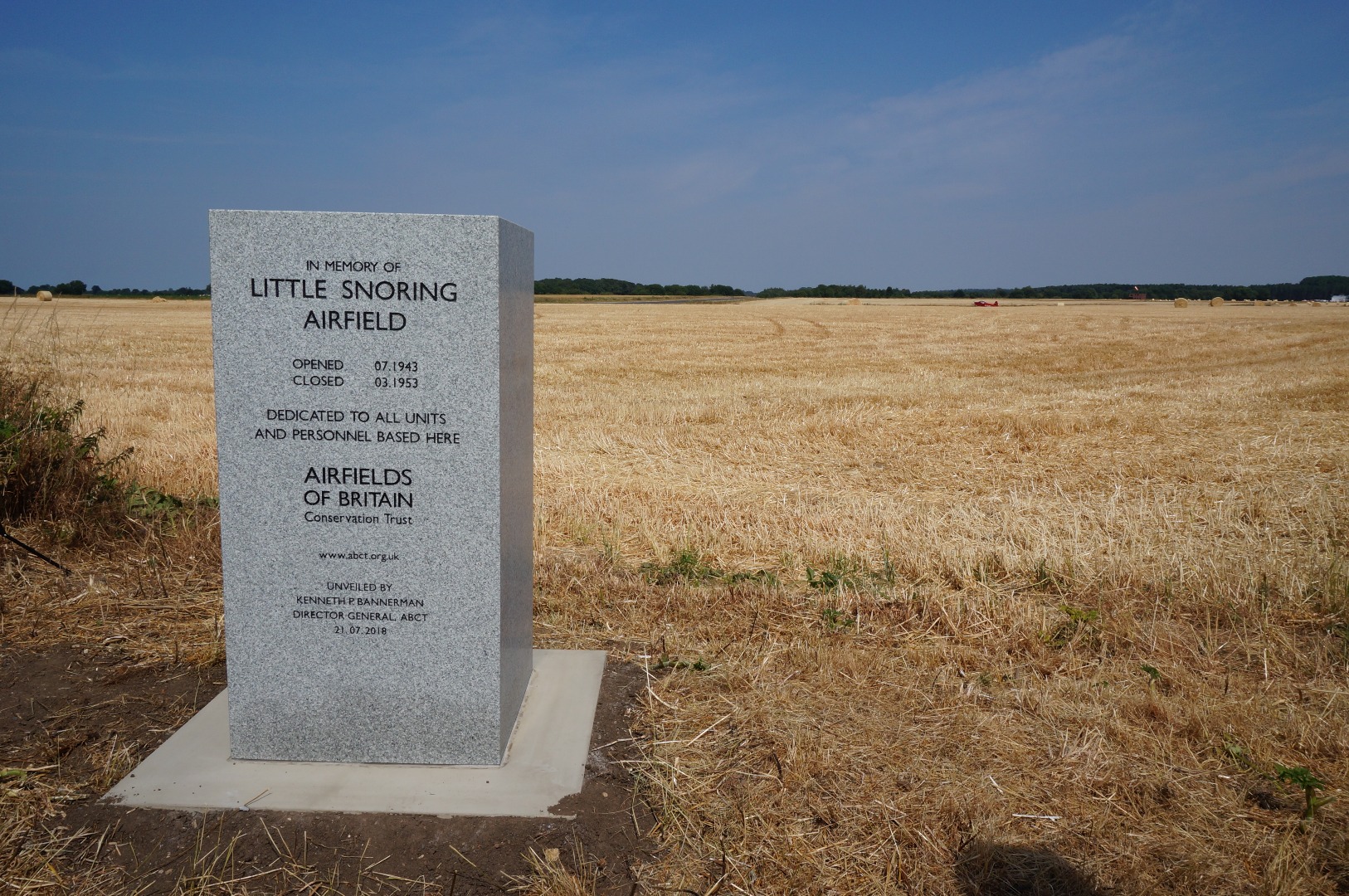 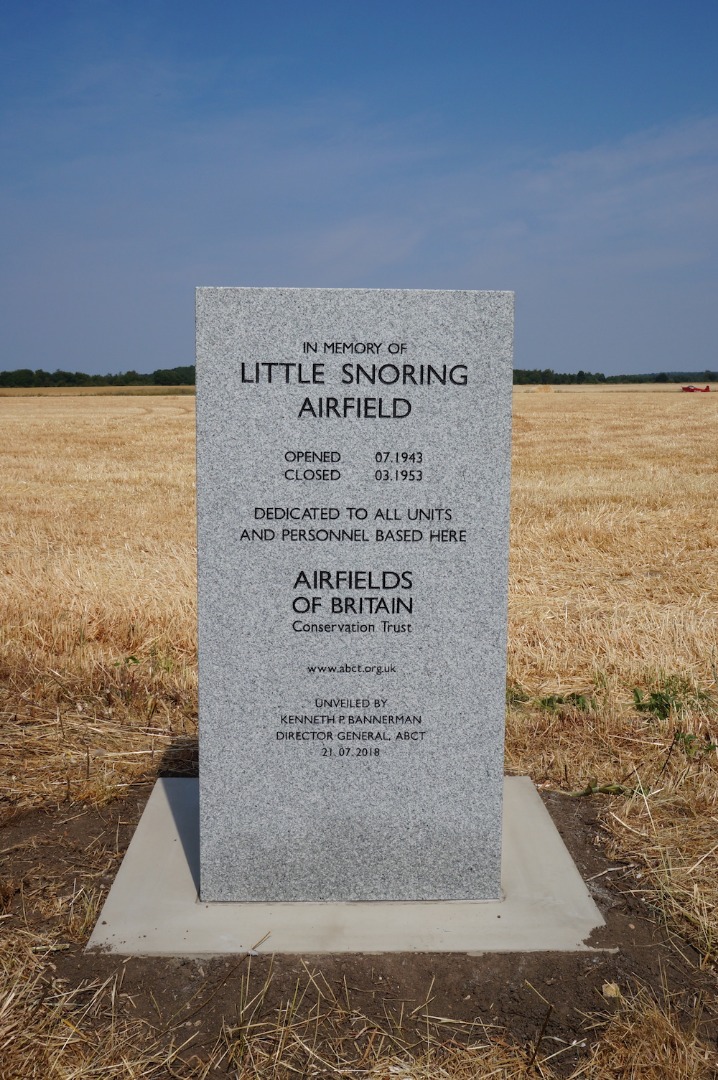 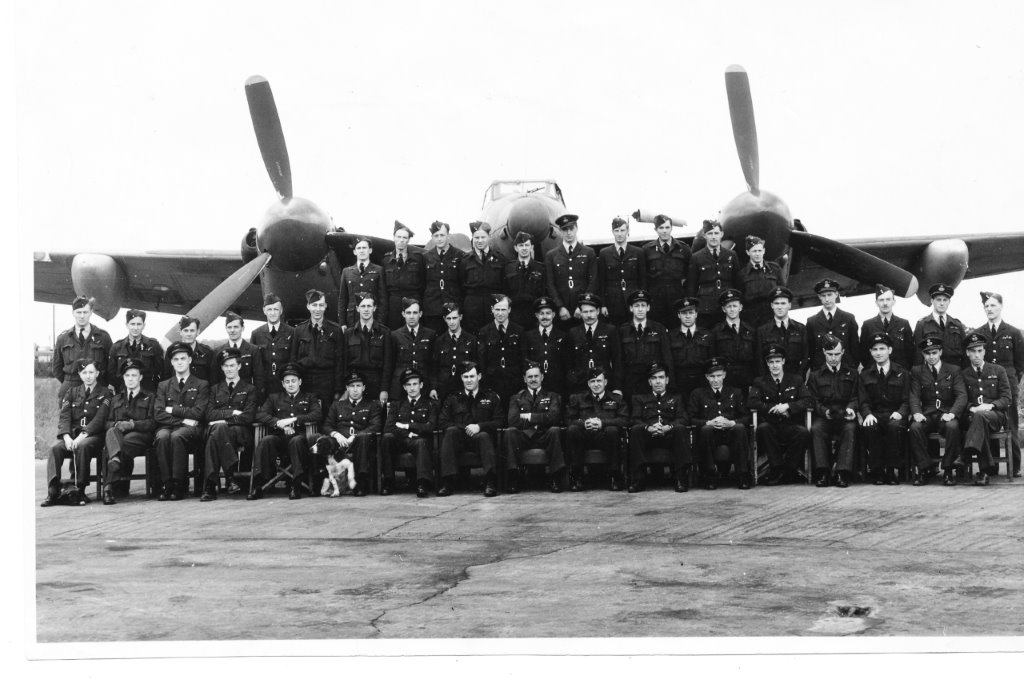 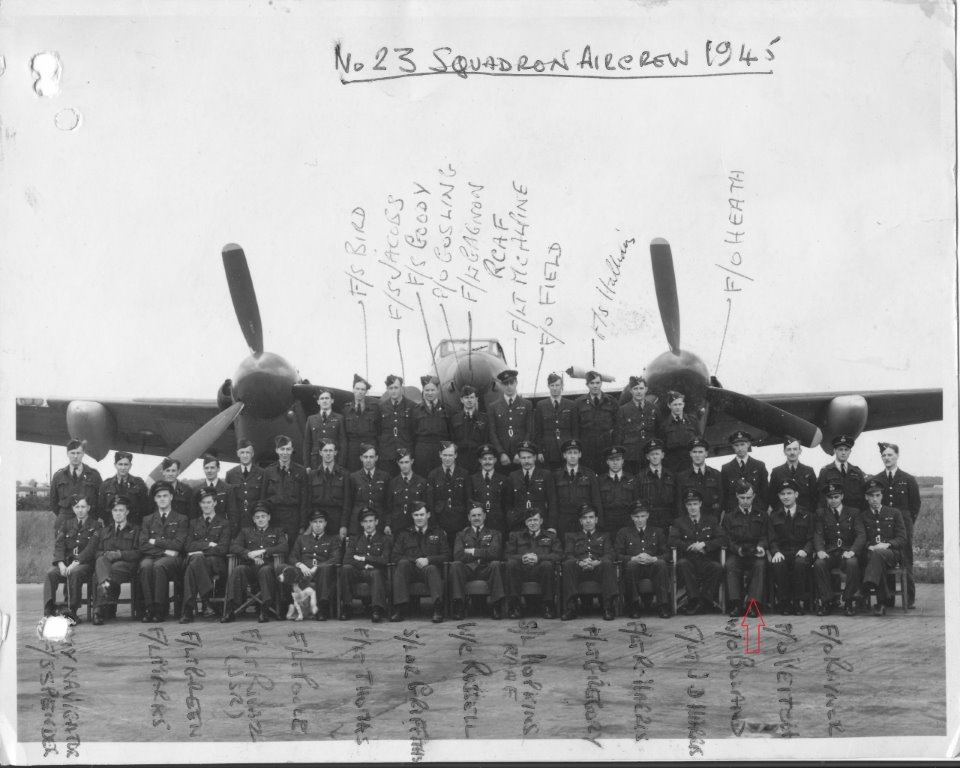 Group by a de Havilland Mosquito, the pilot sat on top is only there because the others wouldn't let him out via the usual door so he climbed out of the top (escape) hatch. Courtesy of Thomas Cushing 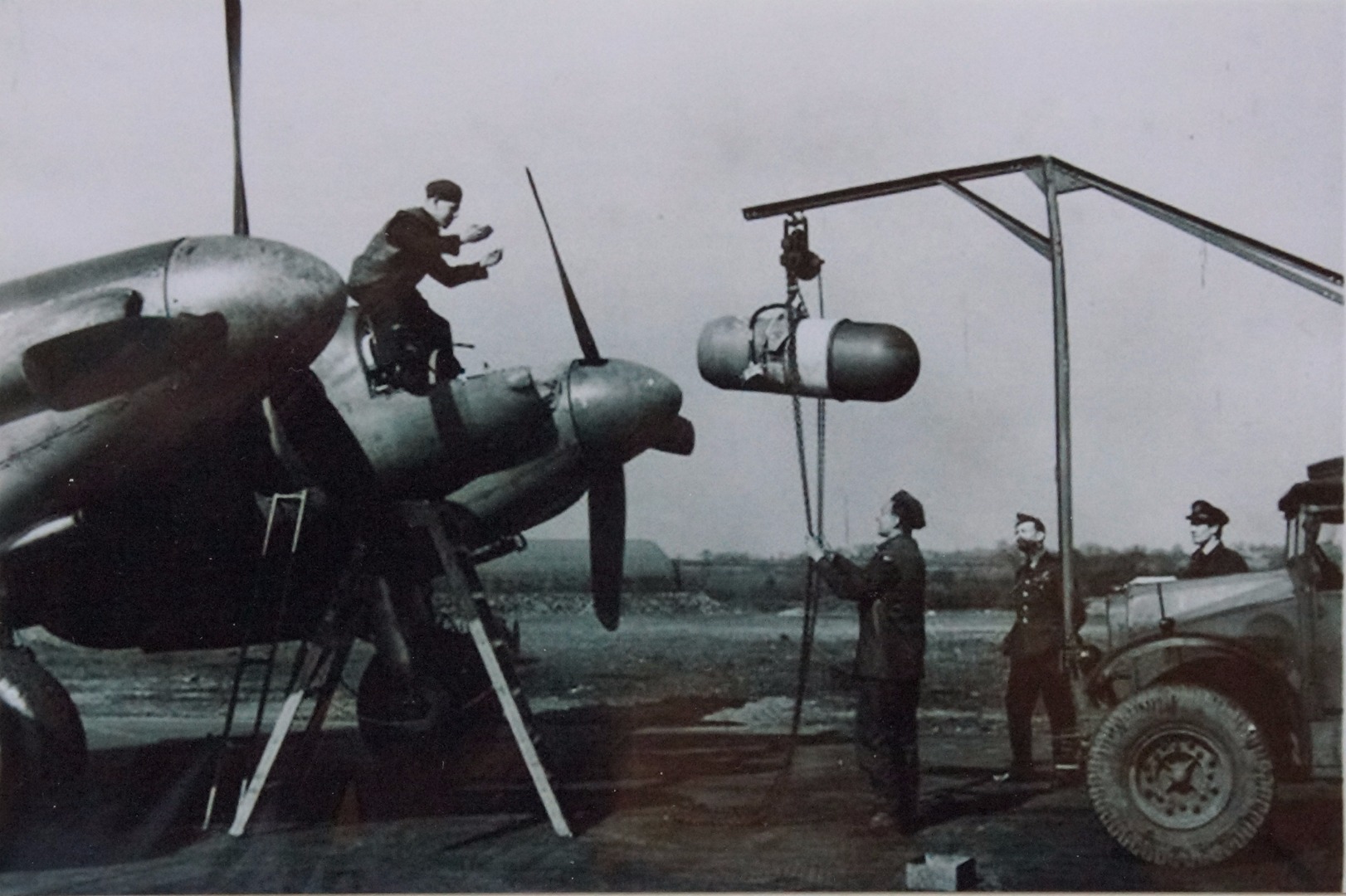 An ASH A1 unit being fitted into the nose of a Mosquito at Little Snoring. Courtesy of Thomas Cushing 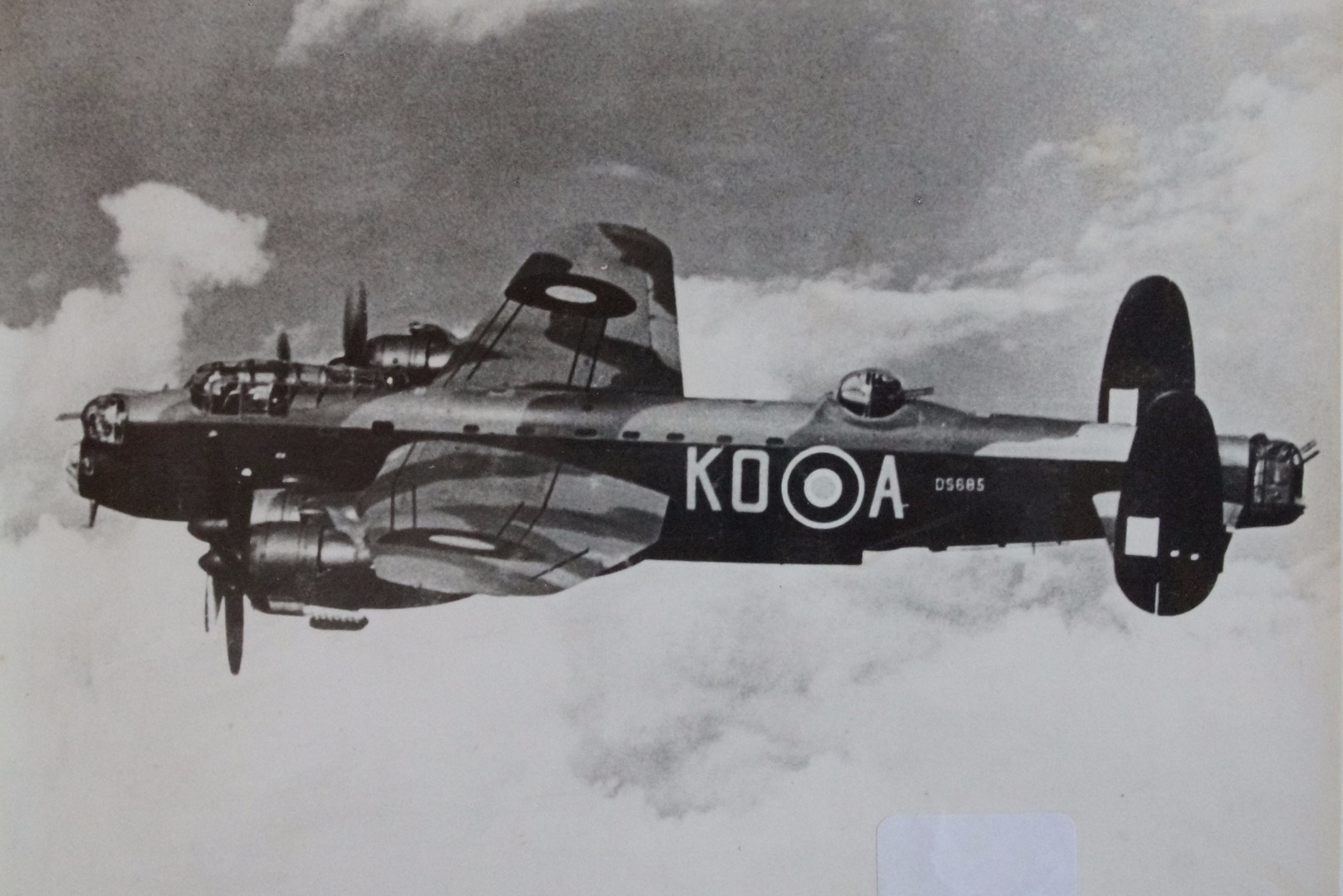 An Avro Lancaster Mk II of the type used at Little Snoring. Courtesy of Thomas Cushing 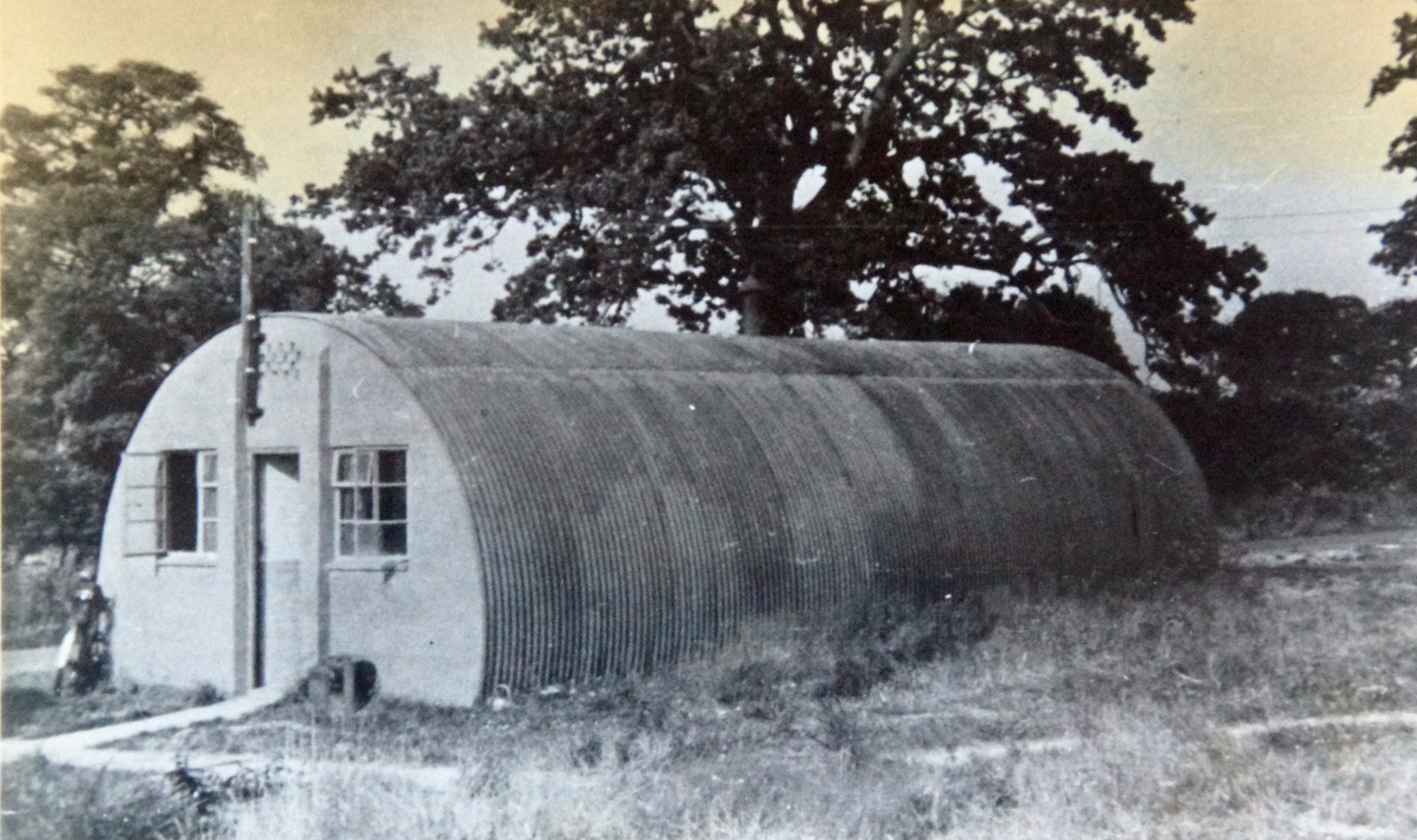 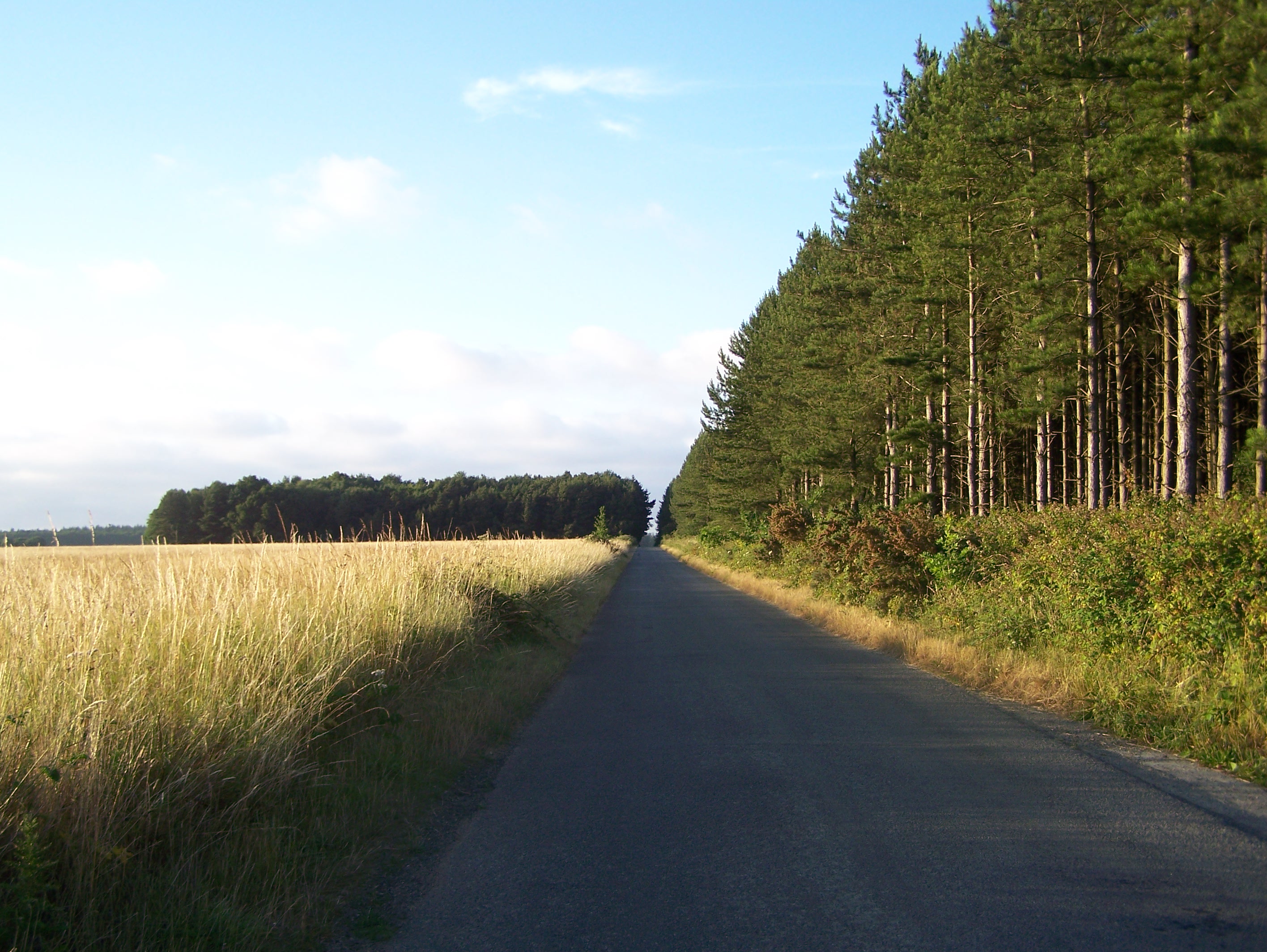 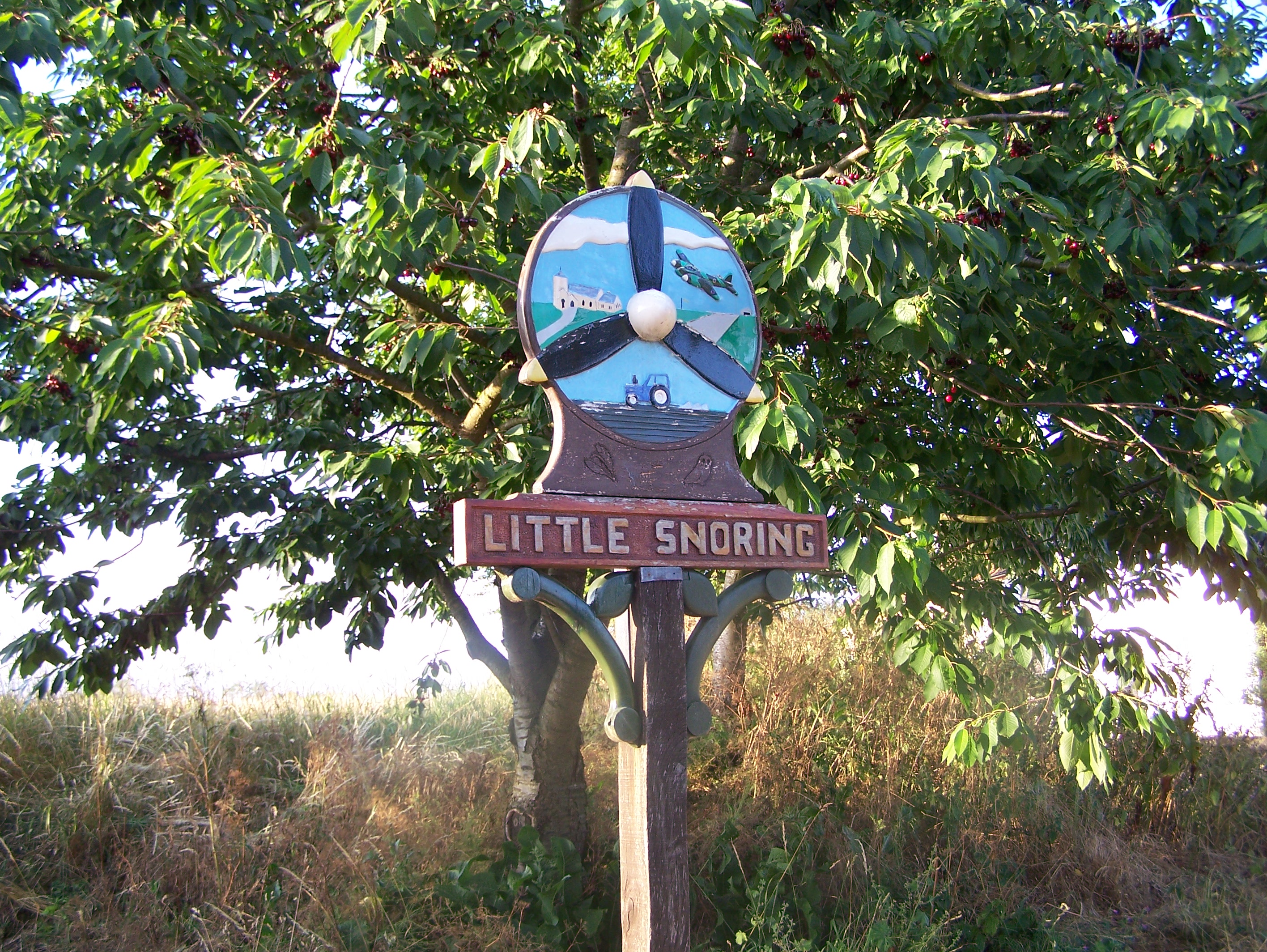 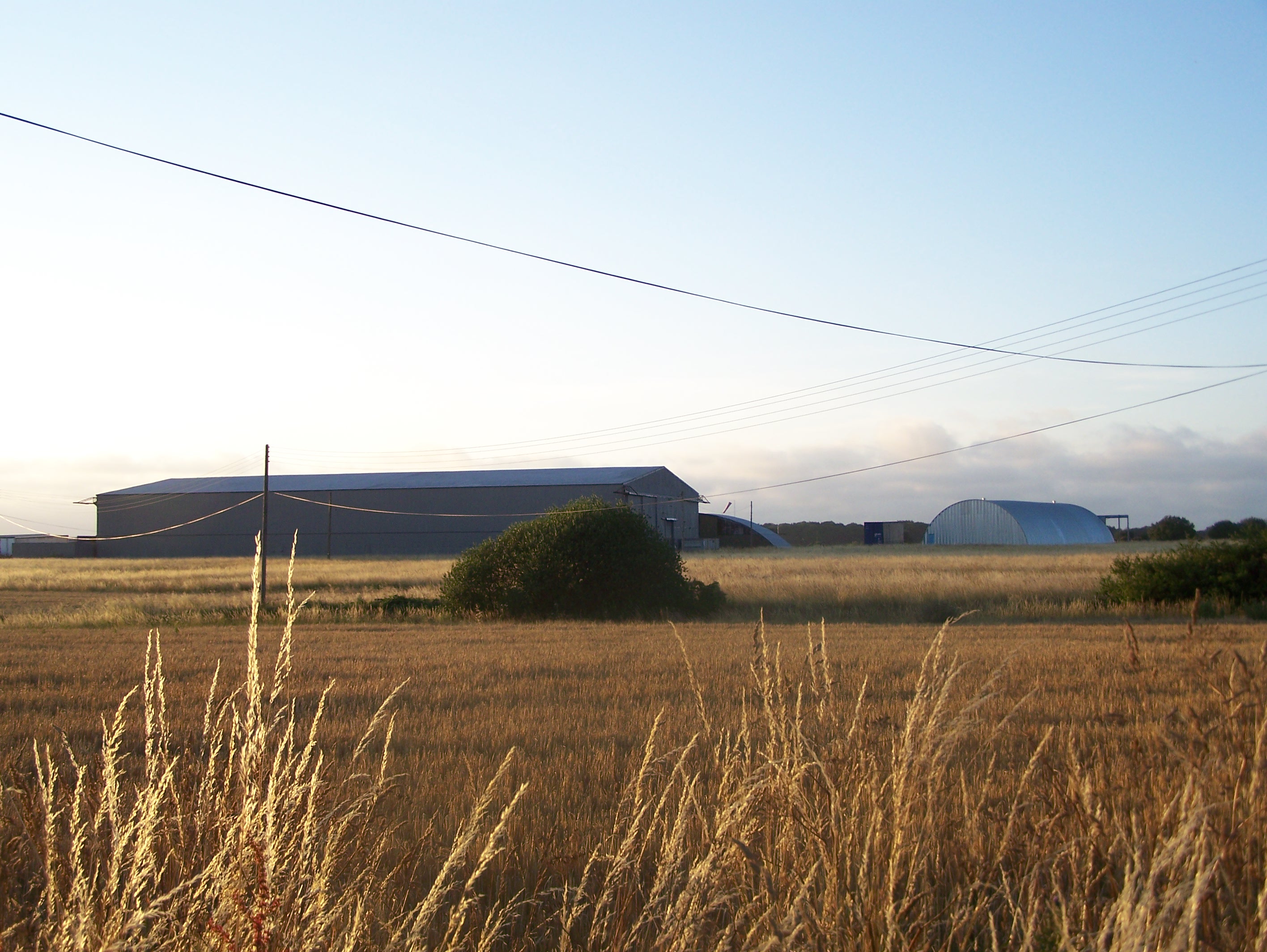 Looking north across the airfield with both wartime and more modern hangars, 15 July 2006. 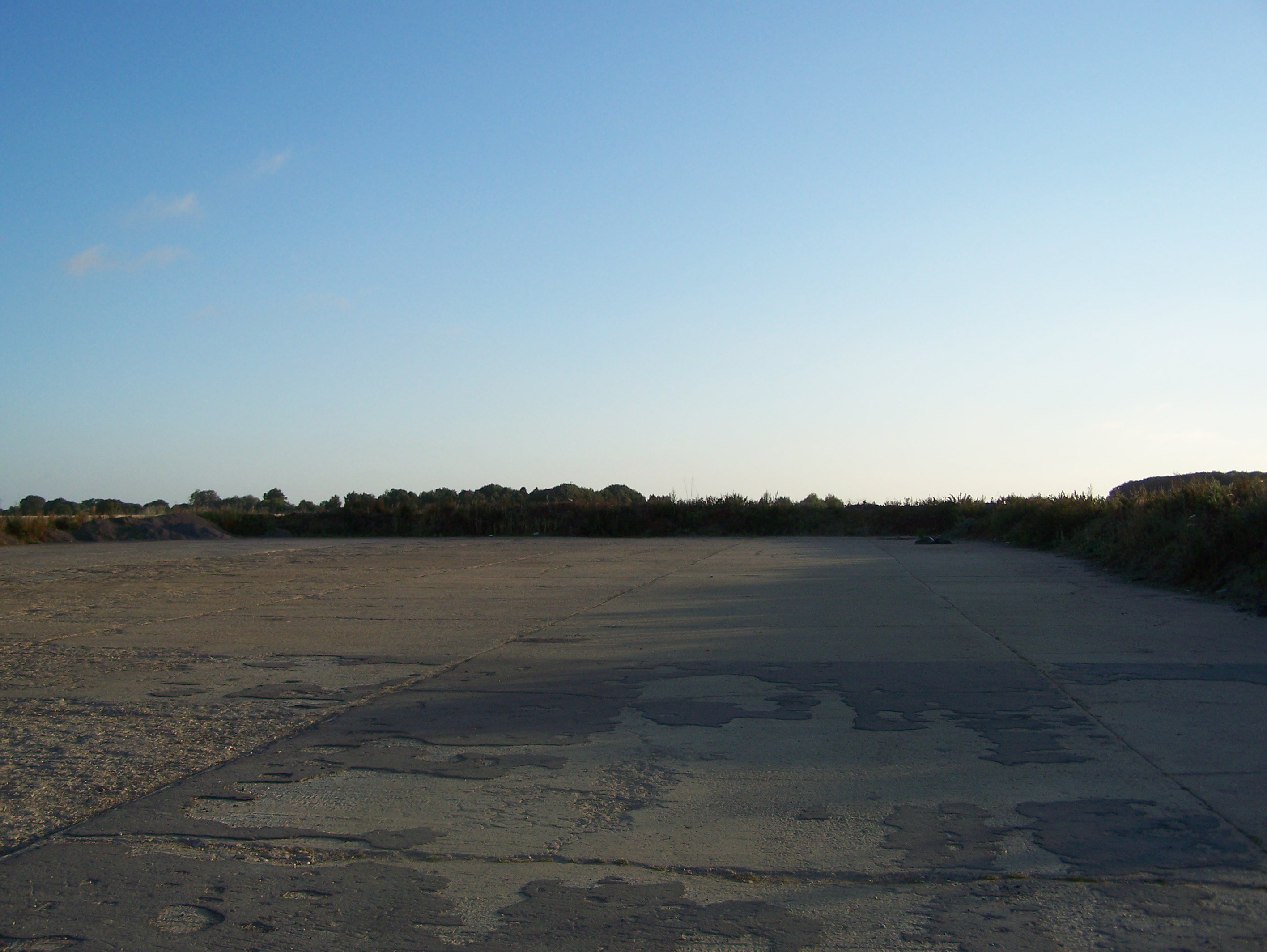 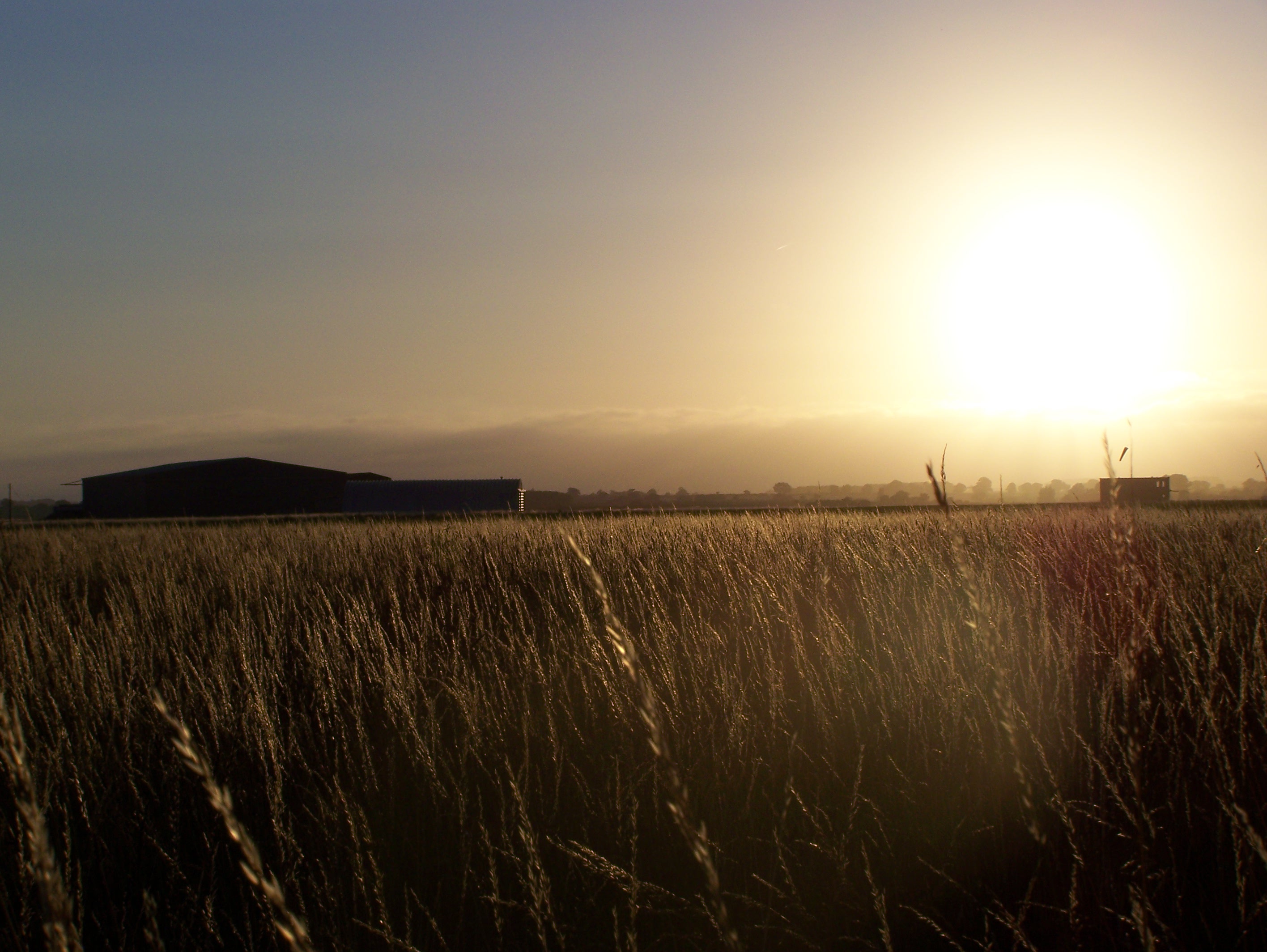 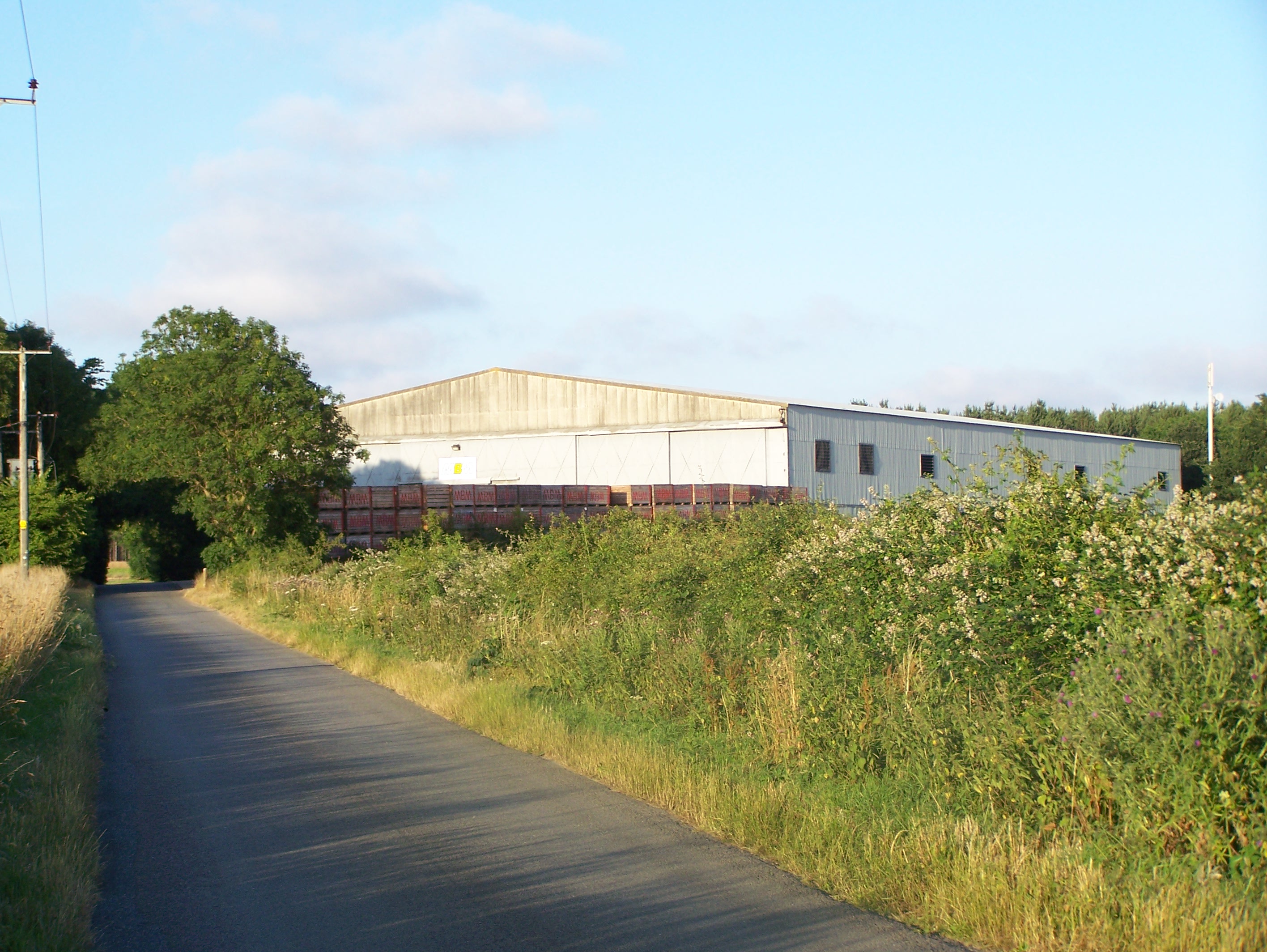 T2 hangar on the south side of the airfield, alongside the road between Little Snoring and Thursford villages, 15 July 2006. 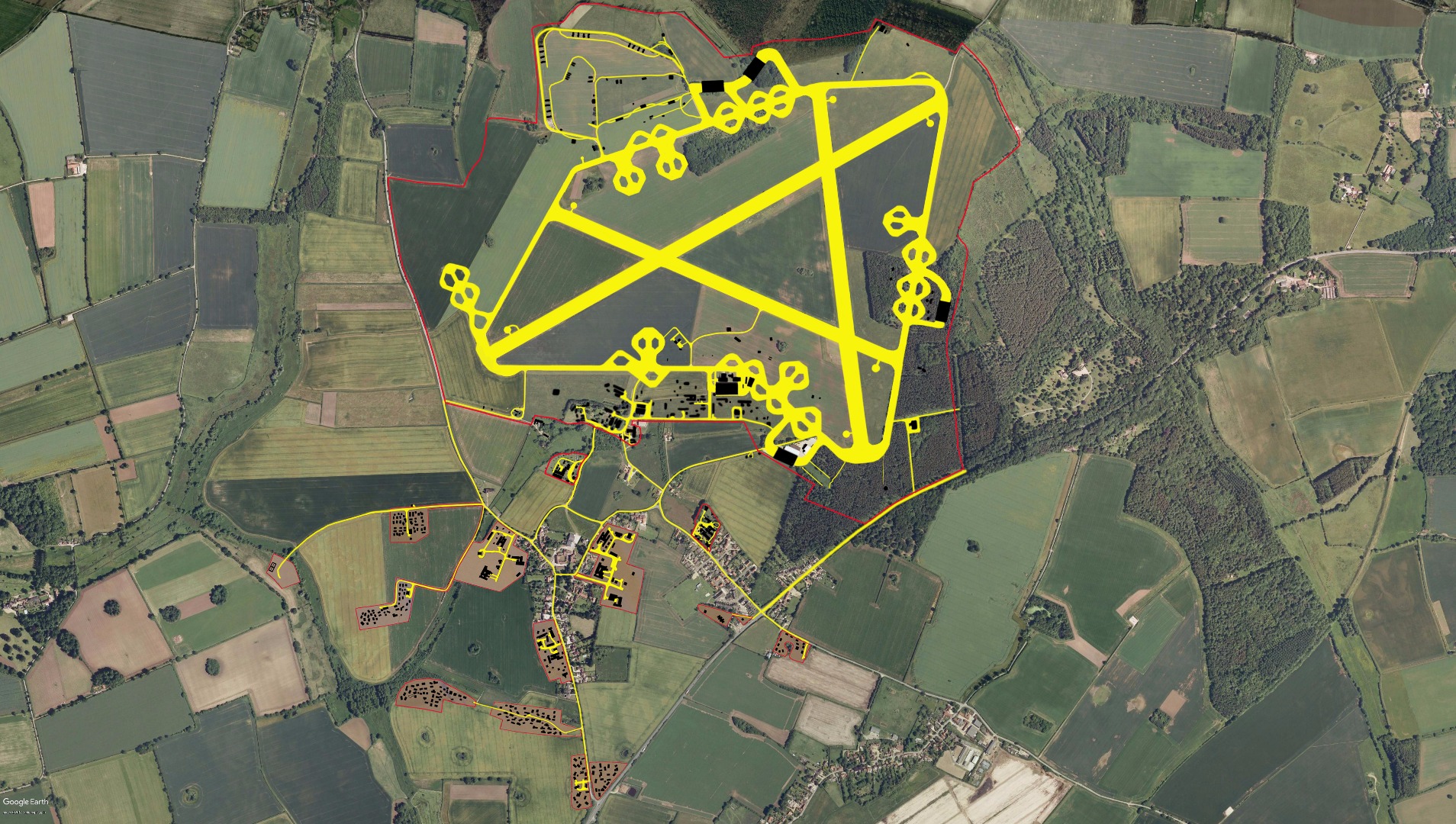