Famous and much-loved 1950's film, The Dam Busters, was mostly shot at Hemswell

A real survivor in various respects, Hemswell opened first in 1916 as a Home Defence landing ground named Harpswell. It significantly expanded towards the end of World War One for use by RAF squadrons providing invaluable night flying training. This activity, however, proved fairly brief and both the airfield and units rapidly disappeared after the summer of 1919.

The site had not been forgotten though as the Expansion Period planning of the mid-1930s saw it being chosen again as a military airfield. When reopened in January 1937, Harpswell had changed its name to Hemswell (possibly to avoid confusion with Harwell in Oxfordshire), and began a long and distinguished career primarily as a bomber airfield. Main initial residents became Nos 61 and 144 Squadrons which eventually received Handley Page Hampden medium bombers. Aircraft of the former unit were first to bomb the German mainland in March 1940 when attacking an enemy seaplane base.

Nos 300 and 301 Squadrons with their Vickers Wellingtons immediately replaced Nos 61 and 144 in July 1941, a third Polish-manned unit arriving as well during 1942 in order to maintain the bomber offensive. Hemswell took a break from June 1943 to receive hard runways but returned to action in January 1944, seeing front-line action again from November once No 1 Lancaster Finishing School had departed. From then until the late 1950s various bomber units such as Nos 83 and 97 Squadrons arrived for long stays, graduating from Avro Lancasters and de Havilland Mosquitoes to the Lancaster’s successor the Lincoln and the jet-engined English Electric Canberra.

A major change occurred in 1958 as Hemswell gained responsibility as one of the main headquarters locations in Britain for the Douglas Thor nuclear missile. No 97 Squadron’s stay only lasted for the next five years due to a mixture of operational and political reasons, the world of politics then being solely responsible for another major piece of bad luck with cancellation of the British Aircraft Corporation TSR-2 strike bomber, for which the airfield was earmarked to play a role in its ongoing development. No 7 School of Recruit Training was left to use here as an overspill base for Swinderby until Hemswell closed and passed to Care and Maintenance status in the summer of 1967.

After closure, the airfield’s use changed gradually. The RAF did not finally vacate the general area until many years later, especially as it retained the married quarters to assist Scampton, while a military gliding school remained until 1974. The airfield became one of several places to temporarily house Ugandan Asians once they were forcibly evicted from that country around the same period but Hemswell has mostly switched to being an industrial area and is a popular centre for antiques and a regular Sunday market. Its components have also enjoyed varying fortunes: most buildings have survived, although a disastrous fire claimed one C hangar in 2009 and the runways were ripped up in the 1980s. 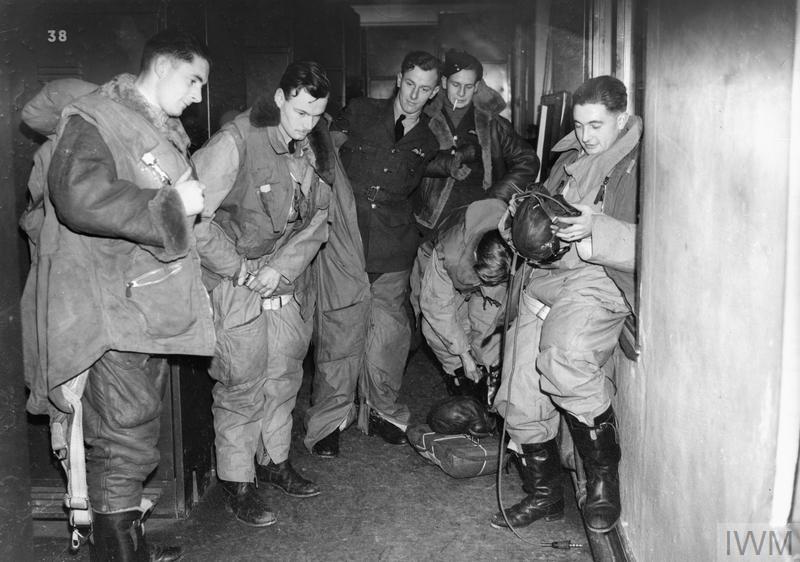 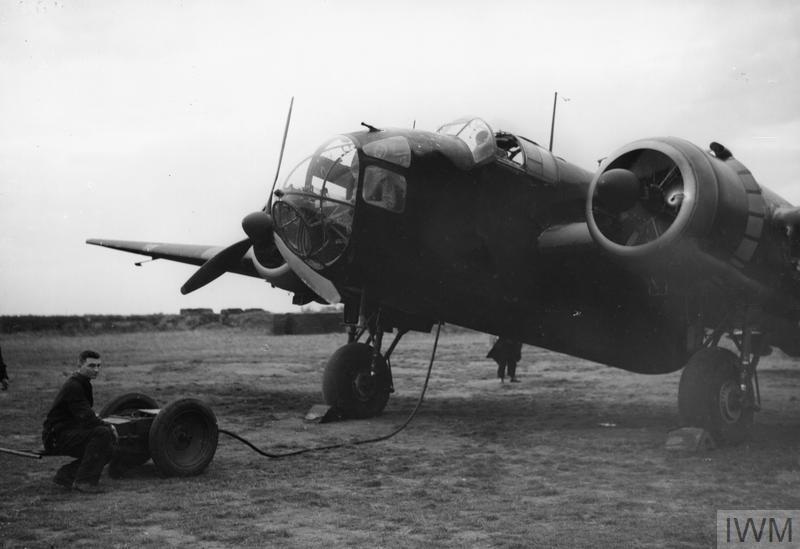 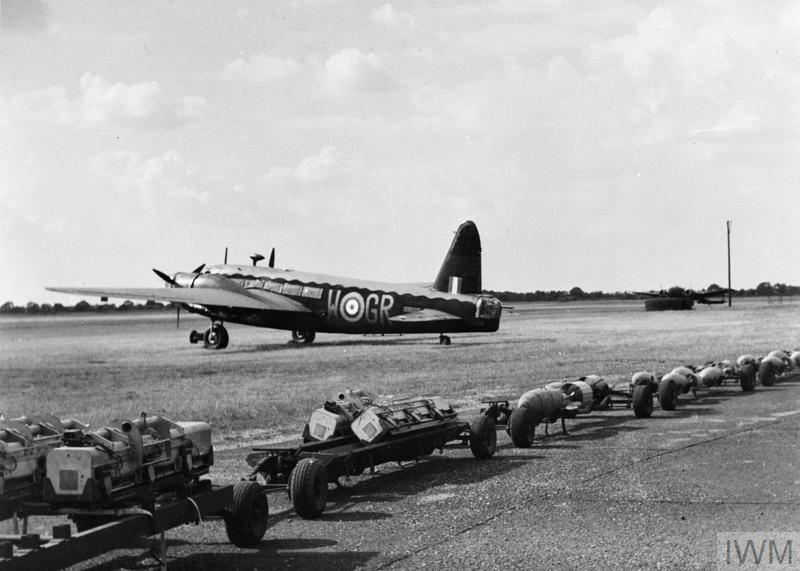 Vickers Wellington of No 301 Polish Bomber Squadron awaits a mixed load of incendiaries and bombs on trolleys at Hemswell before a night sortie over Germany, July 1941. © IWM (MH 6254) 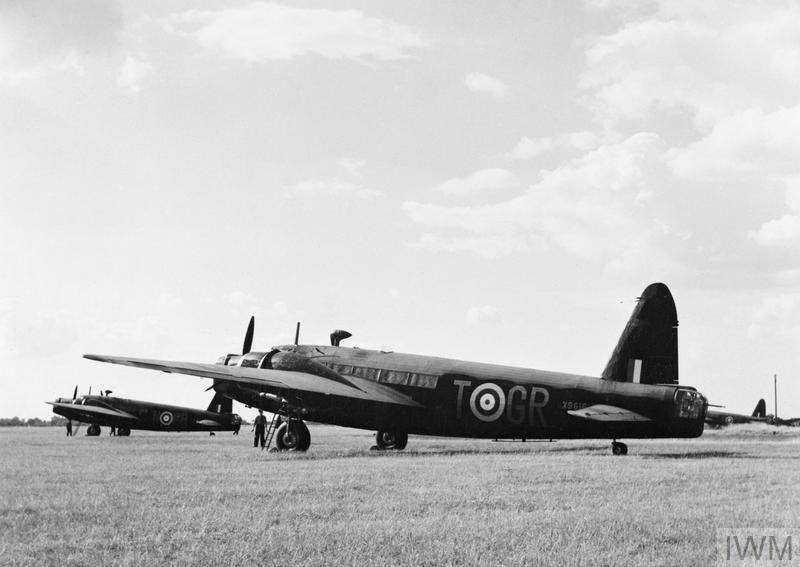 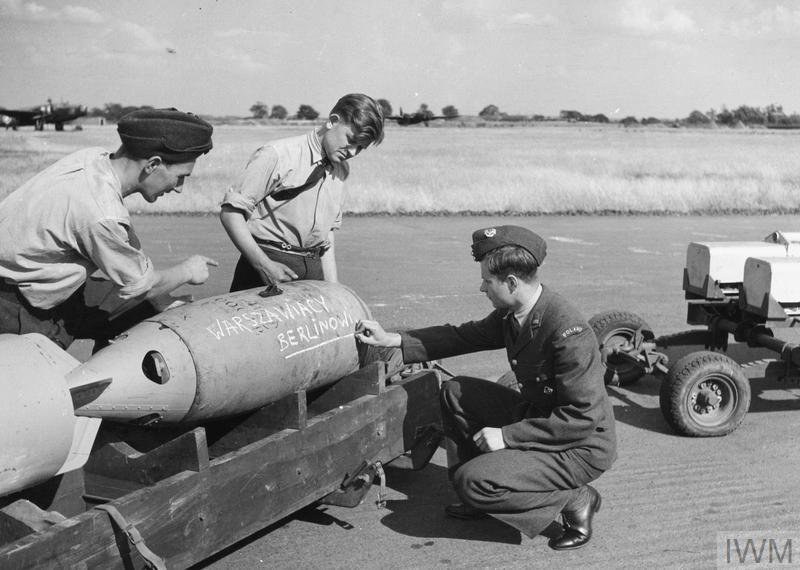 Groundcrew of a Polish Air Force bomber squadron, very likely No 300 Squadron, scribbling their best wishes to the enemy on a bomb at Hemswell, 15 August 1941. The inscription in Polish reads: 'Warszawiacy Berlinowi - From Varsovians for Berlin'. © IWM (HU 111733) 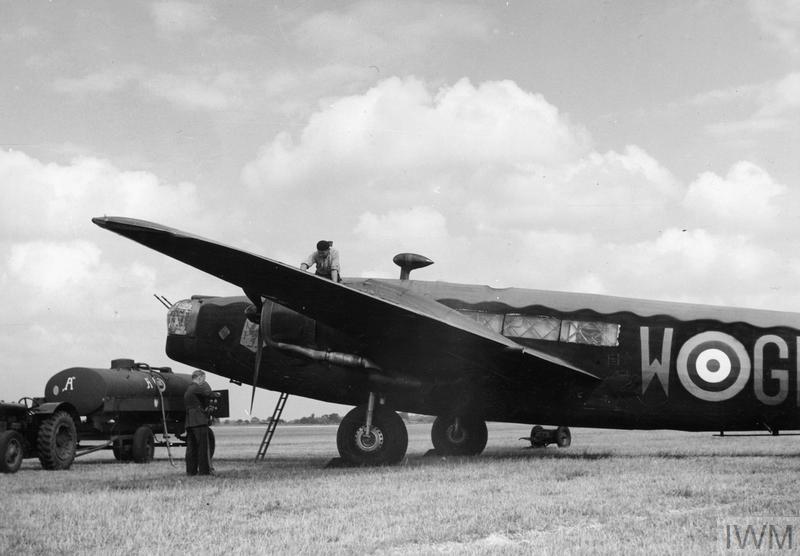 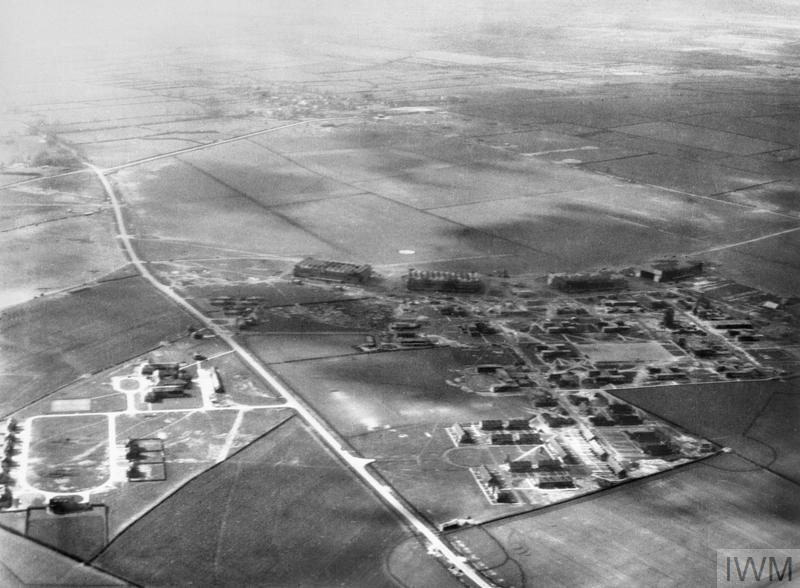 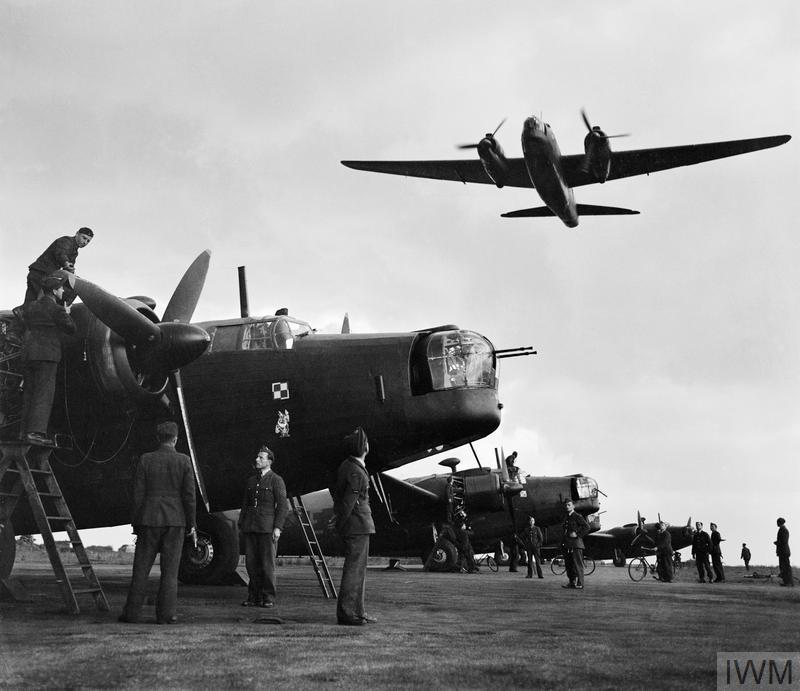 Ground crews of No 300 Polish Bomber Squadron working on their Vickers Wellingtons at Hemswell, as another aircraft of the Squadron makes a low pass over the flight line, 17 June 1943. © IWM (CH 10456) 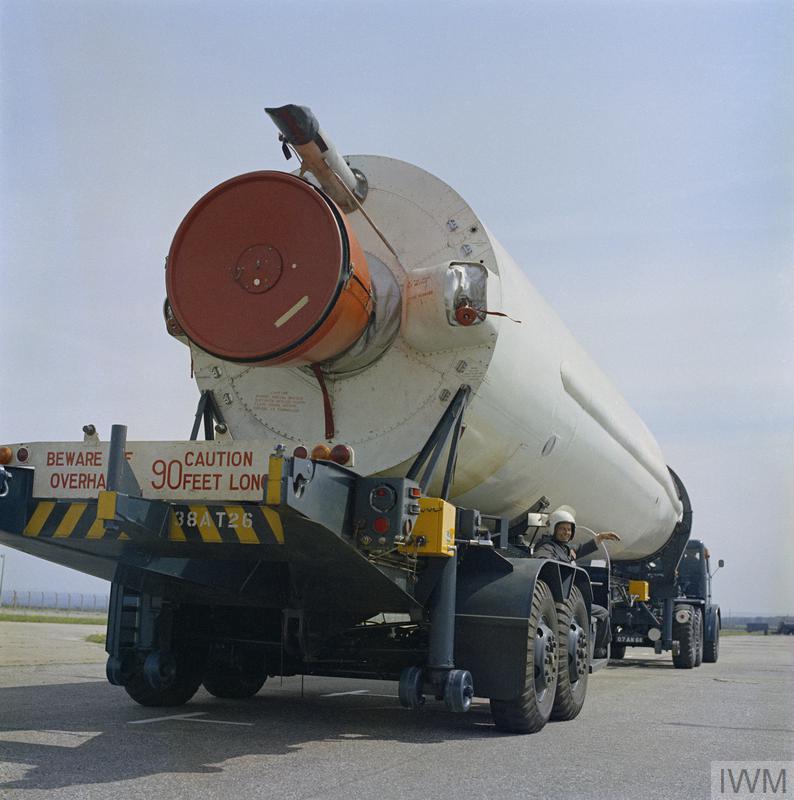 A brochure for the sale of airfield buildings at Hemswell, 1985. Courtesy of Welbeck Estate Group 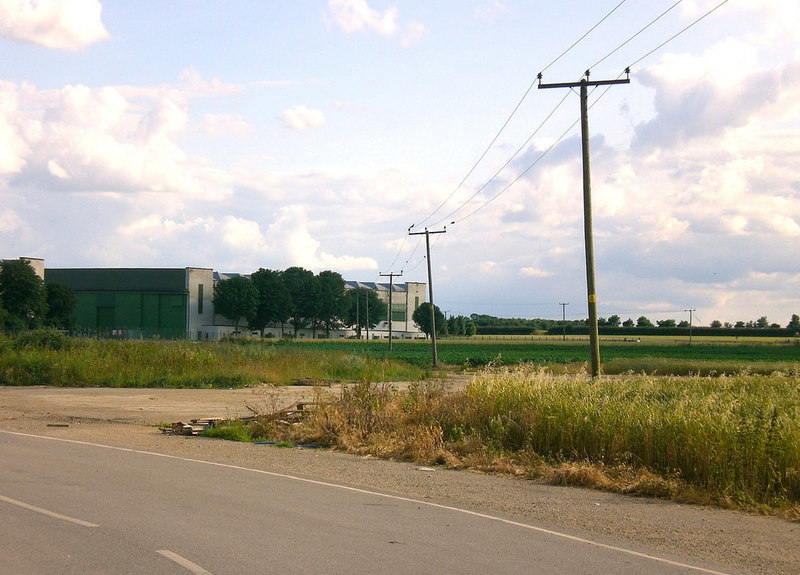 A Type C hangar at Hemswell, 5 July 2009. © Stefan Czapski and licensed for reuse under this Creative Commons Licence 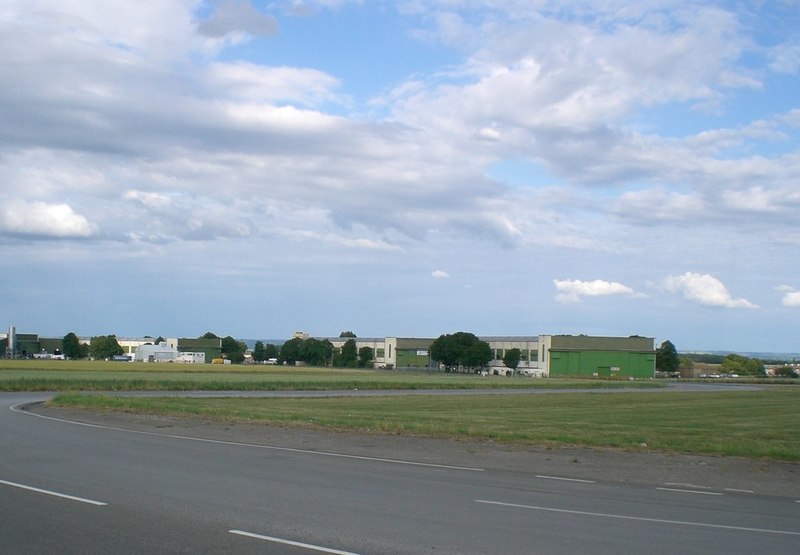 Hangars at Hemsell, 5 July 2009. © Stefan Czapski and licensed for reuse under this Creative Commons Licence 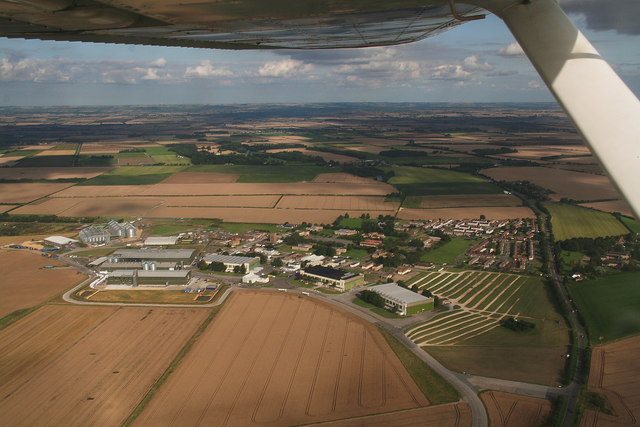 Aerial photograph of Hemswell, 2 September 2014. © Chris and licensed for reuse under this Creative Commons Licence 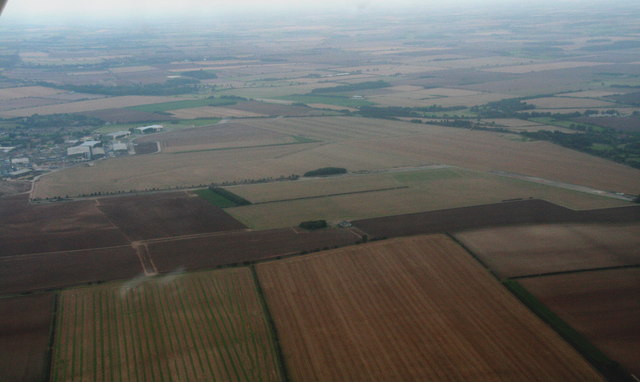 Aerial photograph of Hemswell, 12 September 2014. © Chris and licensed for reuse under this Creative Commons Licence

Photographs of buildings at Hemswell. Courtesy of Charles Teer

Footage from Hemswell, May 1992. Courtesy of 1tothirtysix