Flying at Dumfries began during the First World War as Tinwald Downs Farm existed as a landing ground for the Arrol Johnston Ltd factory. This Scottish motorcar manufacturer switched production to aircraft engines and later full aircraft during the War, though details of airfield use at this time remain sparse. The site was used for at least one of Alan Cobham’s Aviation Tours in the early 1930s, among other interwar civil aviation flying, but was otherwise left primarily unused until 1940 for development as a storage airfield.

The airfield was constructed for this purpose and No 18 Maintenance Unit (MU) was allocated to the airfield in June 1940 and continued to operate at Dumfries until 1949. Despite the MU continuing to operate, the site was reallocated to No 25 Group of Flying Training Command in July 1940 and training became the airfield’s primary role. No 10 Bombing and Gunnery School (B&GS) moved here from Warmwell to become the first of several training units to be based at Dumfries throughout the Second World War. The school was equipped with Fairey Battles and Armstrong Whitworth Whitleys.

After the B&GS became No 10 Air Observers School (AOS) in September 1941, Blackburn Bothas and some Avro Ansons were among the aircraft used. In July 1942, the Headquarters of No 29 (Flying Training) Group moved to Cargen House near Dumfries and remained until it disbanded in July 1945. The Communication Flight for this Group operated from Dumfries at this time. What had become No 10 (Observers) Advanced Flying Unit was at Dumfries from May 1942 to June 1945, primarily flying Avro Ansons. The unit then briefly became No 10 Air Navigation School before quickly leaving for Chipping Warden in the summer of 1945, bringing an end to major flying training operations at the site. Other units to have spent time at Dumfries during the war include the Armament Synthetic Development Unit (ASDU) between 1941 and 1942 and for a few months in 1941, No 11 (Service) Ferry Pilots Pool.

Postwar flying was carried out by No 1 Gliding School from 1950-1958. After the school moved to Turnhouse, the Dumfries and District Gliding Club continued gliding at the site for a time until the 1970s. Dumfries was also a sub site for No 14 MU based at Carlisle during 1955-1957. The airfield also continued the training legacy of the Second World War by becoming a training station for the Royal Air Force Regiment between 1947 and 1957. Having been put under Care and Maintenance in 1957, the airfield was sold to a private company around 1959-1960.

Although most of the runways have now disappeared and much of the airfield has been built on, many of the original hangars and support buildings remain, including the control tower. This is now part of the Dumfries and Galloway Aviation Museum, which very much keeps the aviation link to the site alive. 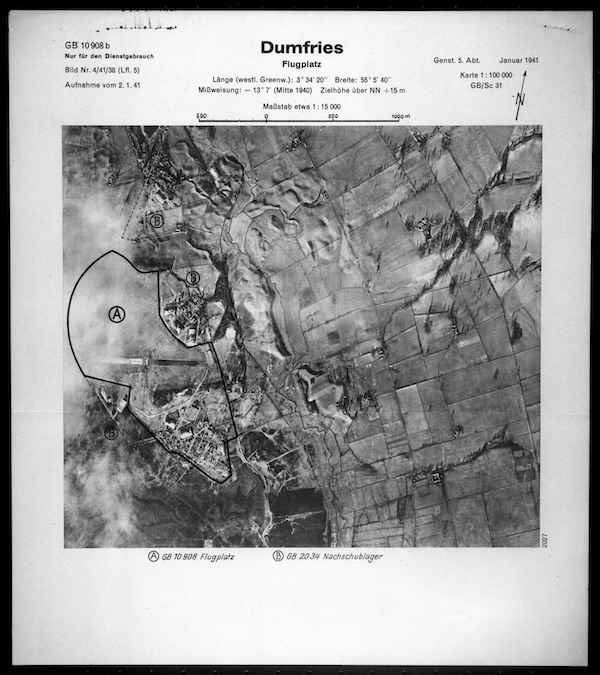 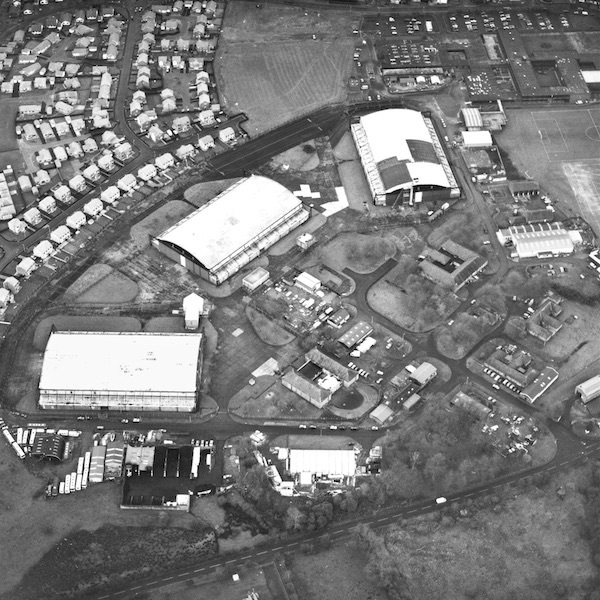 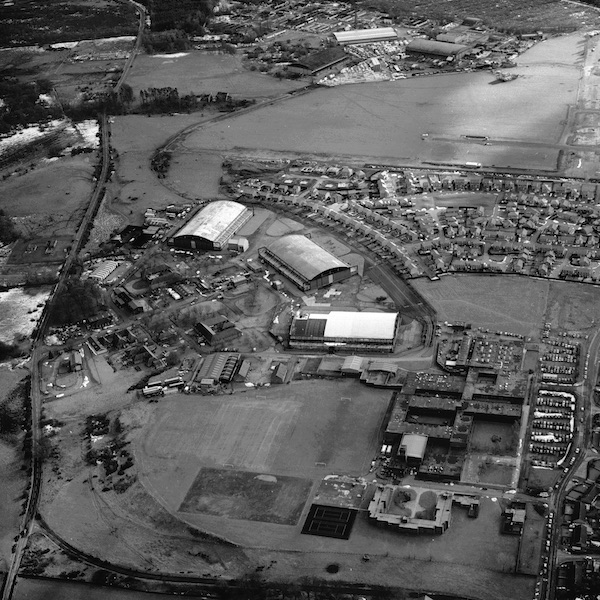 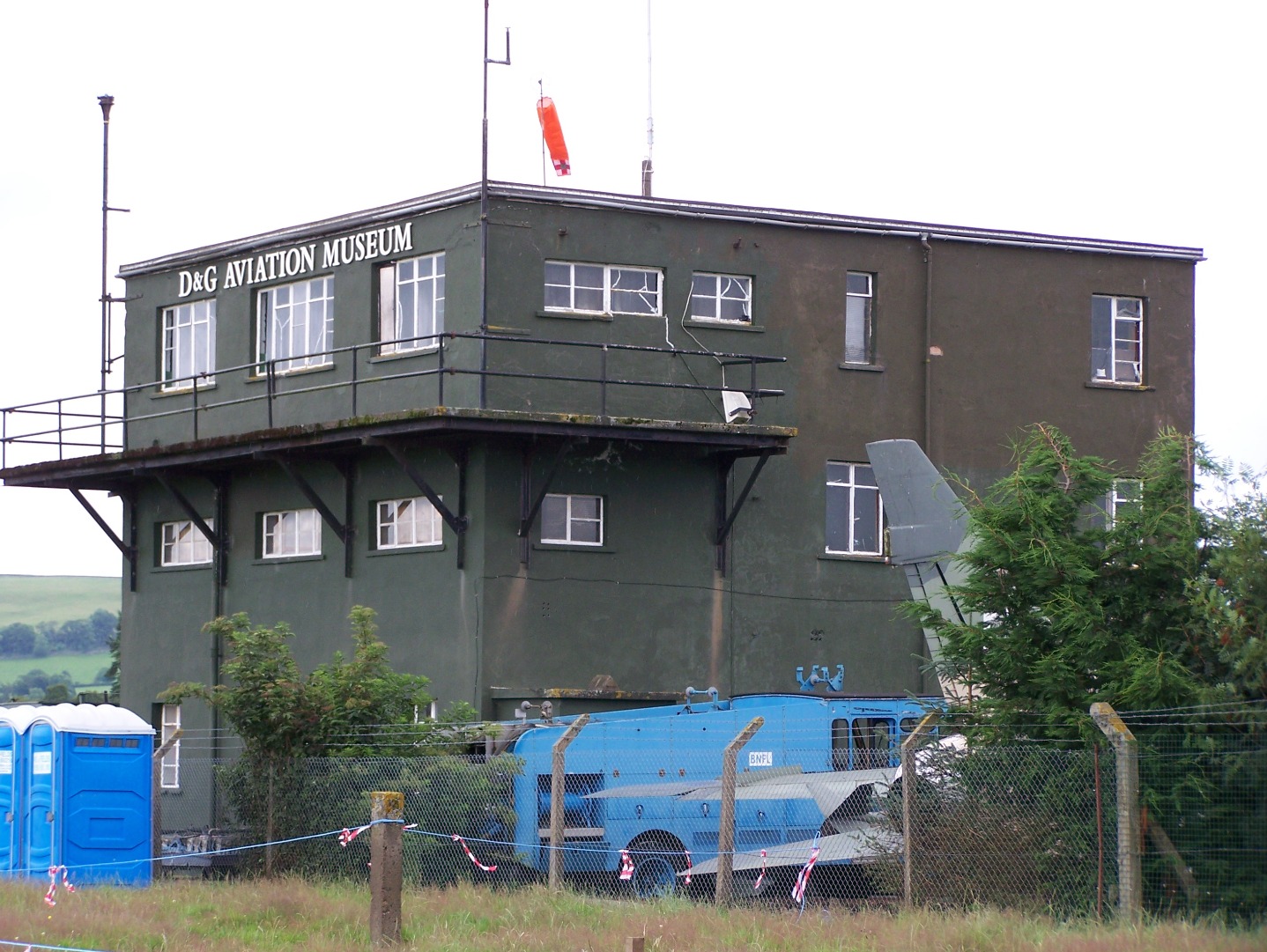 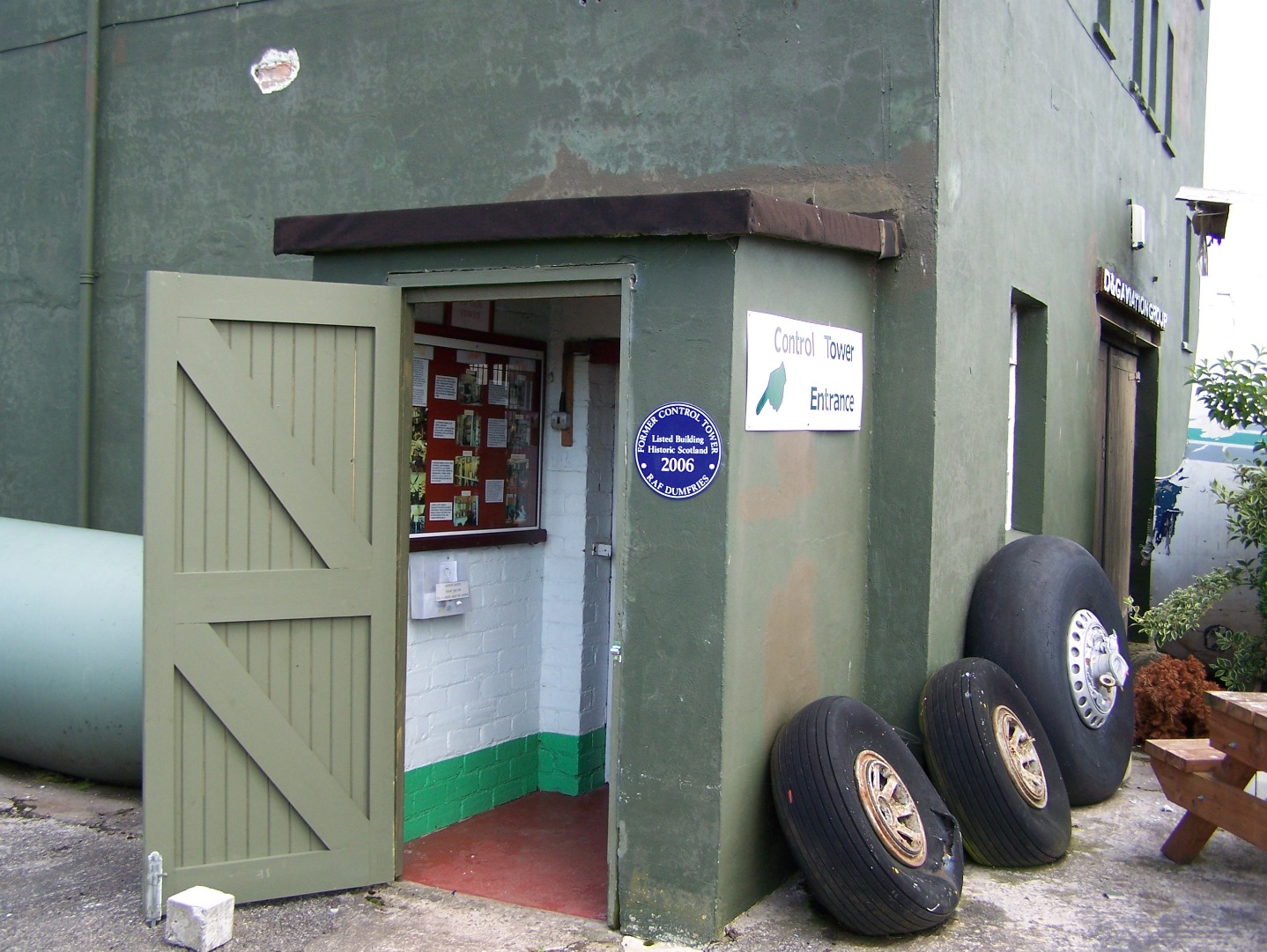 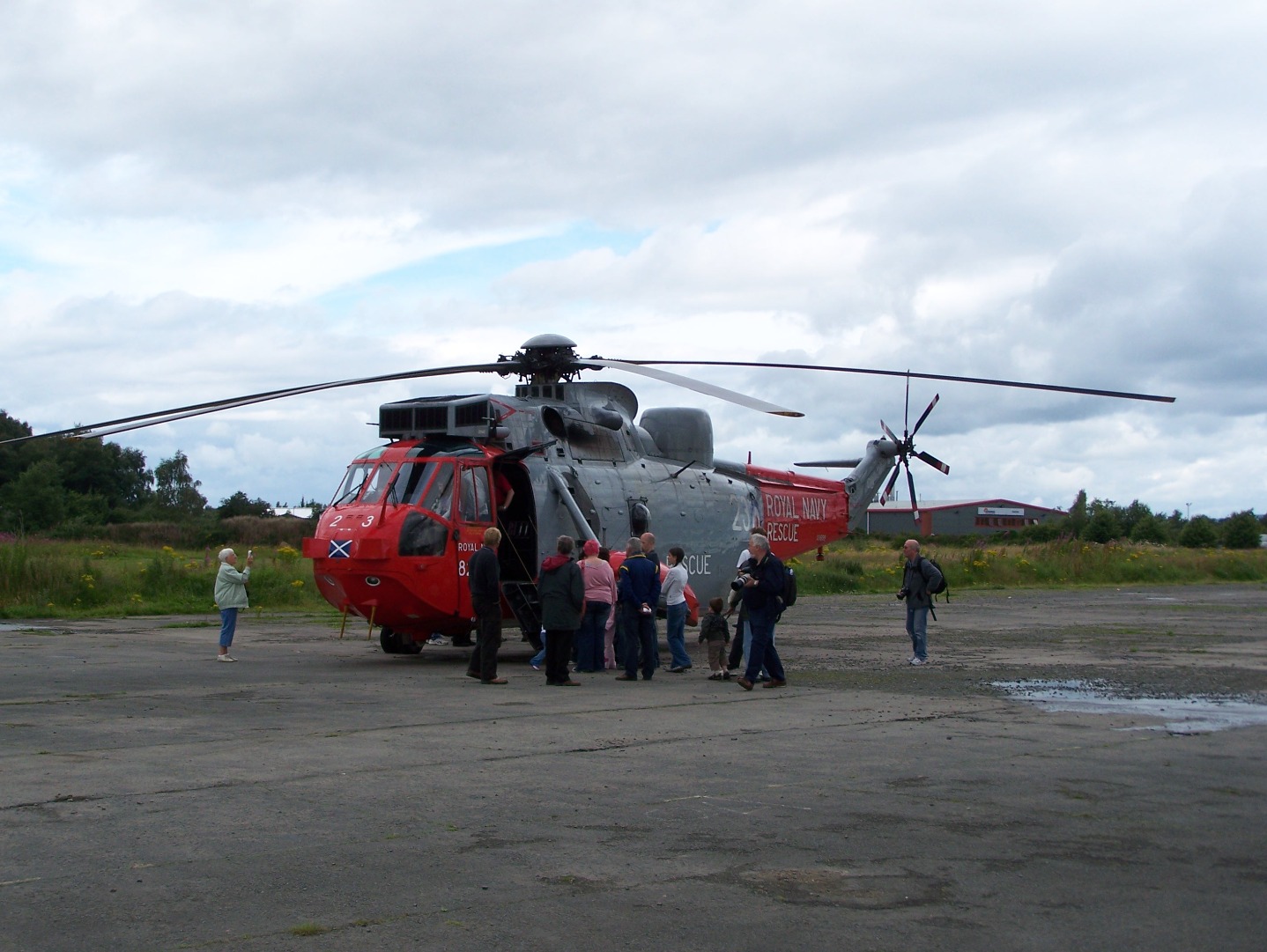 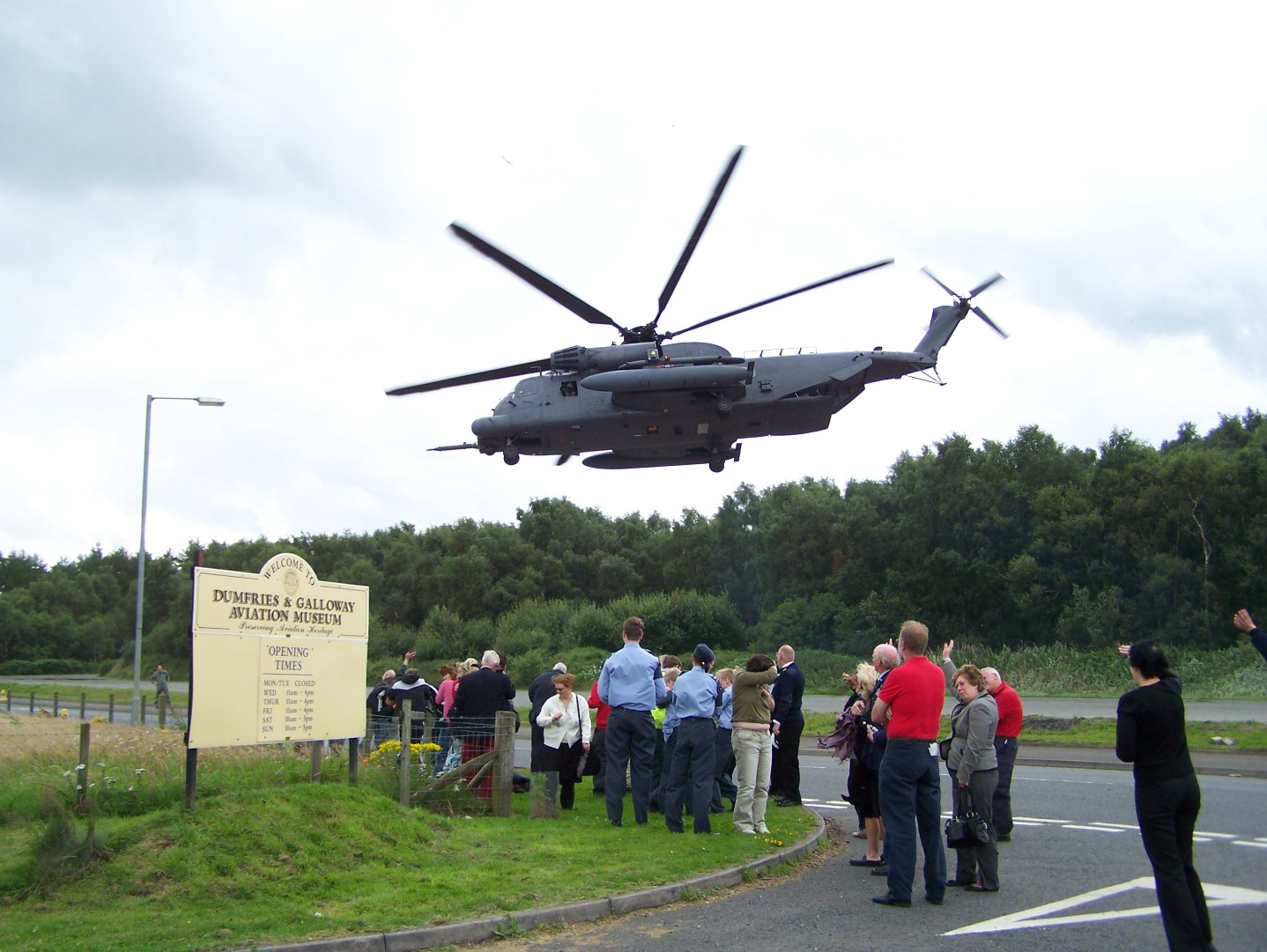 Sikorsky MH-53 taking off from a former runway section and flying over the museum, 27 July 2007. 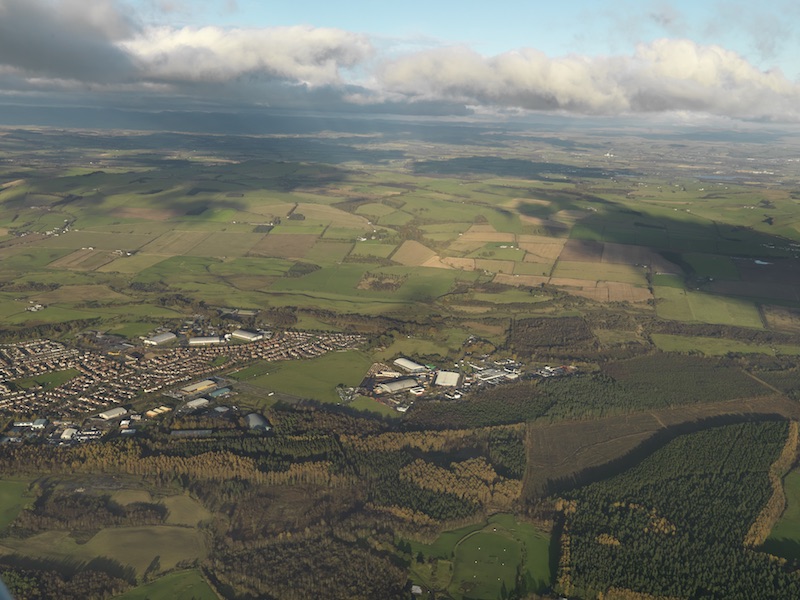 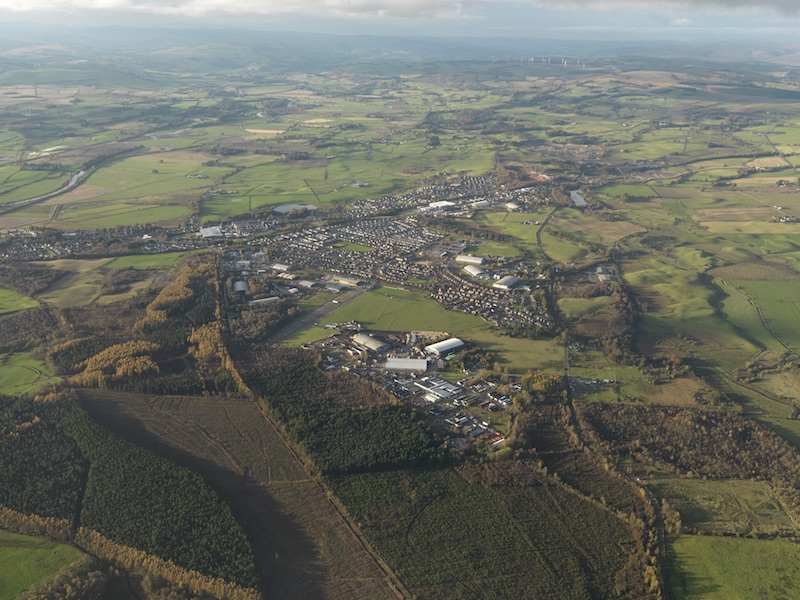 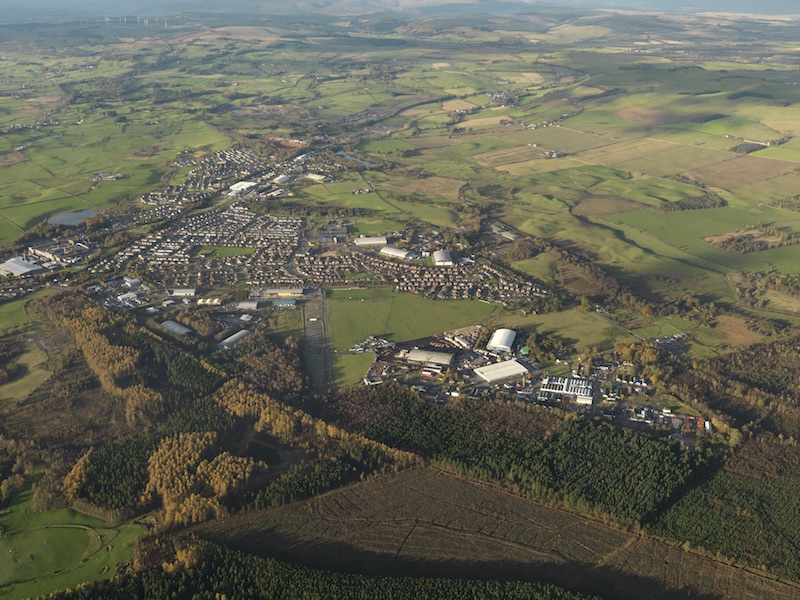 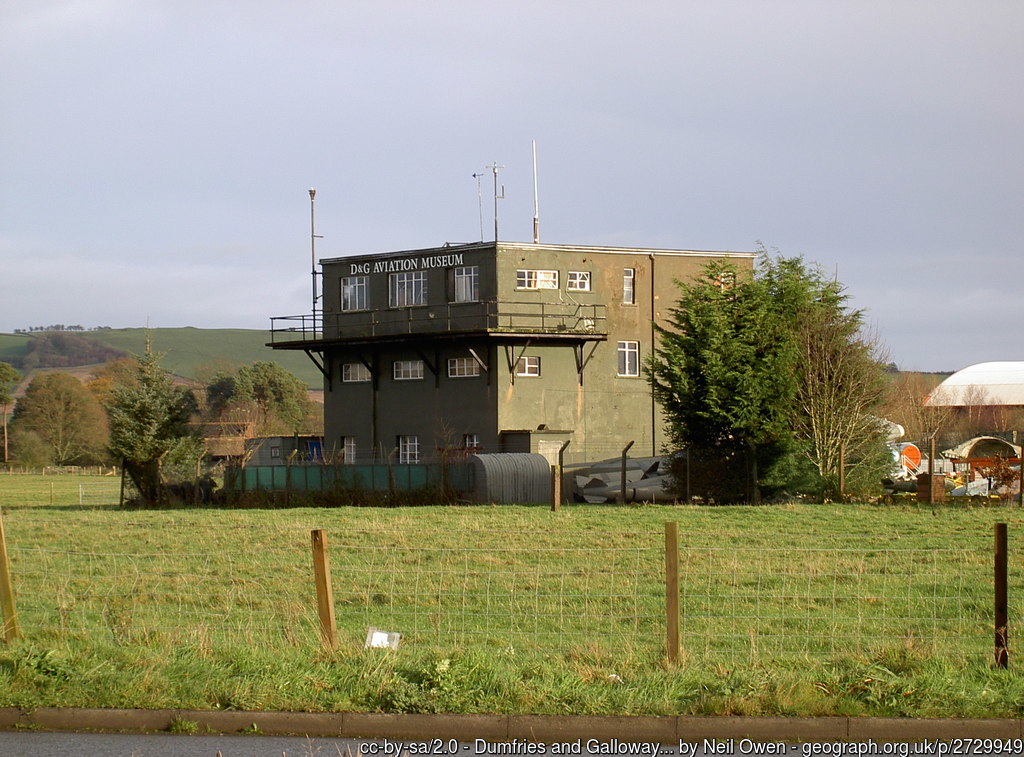 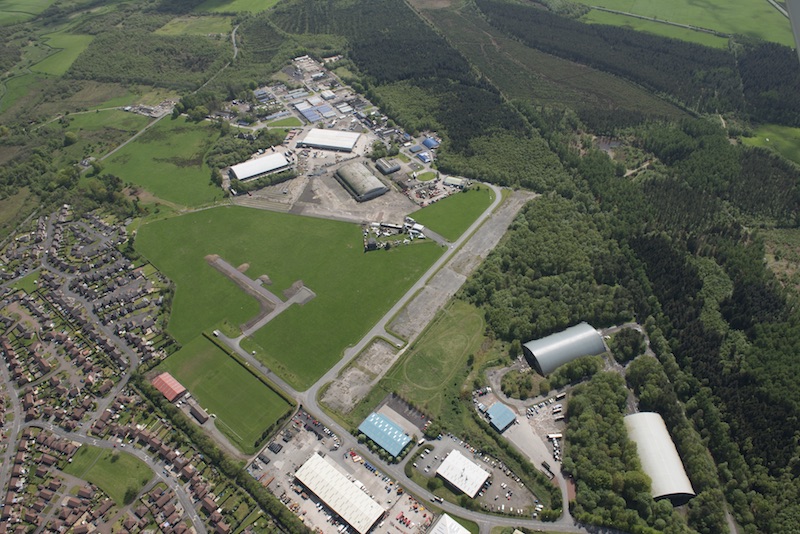