Oops, I’m sorry. I can explain everything." What Superman star Christopher Reeve said to military policeman at Westcott after accidentally landing his Booker-based sailplane at the airfield in March 1980. Staff recognised the actor, of course, but still had to check out he wasn't carrying any cameras on board because of the secretive testing going on at the time. Reeve stayed for a couple of hours whilst this was happening, having tea and signing autographs until his friend came to pick up the glider.

Westcott, in Buckinghamshire, played a major part in training bomber aircrews during the Second World War, sending them on invaluable air navigation and leaflet dropping exercises, often over enemy territory as part of this training.

The former RAF site fully opened in September 1942 allowing No 11 Operational Training Unit (OTU) to gradually move in from the end of that month into October from its previous base at Bassingbourn. Various older and newer versions of Vickers Wellingtons could be seen both at Westcott and at its satellite, Oakley, alongside a range of other aircraft types, further enhancing realistic instruction.

During the last few days of fighting in Europe and immediately thereafter, the OTU helped to bring back former Allied prisoners of war as part of Operation Exodus. Indeed, more than 50,000 men received their first taste of real freedom and assistance in a long time after landing at the airfield.

Westcott closed and was transferred to the Ministry of Supply on 3 April 1946, exactly five years following its approval for requisition. Its interesting and significant history was to continue, however, and it became an important centre for rocket propulsion testing with work undertaken by various organisations greatly advancing levels of design and knowledge in this area. Notable achievements included the testing of captured German technology, future British guided missiles and the ill-fated Blue Streak ballistic missile.

Today the former base in very much in use by Westcott Venture Park which provides industrial and office premises, though some tangible reminders, for example various support buildings, survive acknowledging its original wartime beginnings.

The old landing area, meanwhile, has been harnessed as a source of renewable energy accommodating vast numbers of solar panels.

The following organisations are either based at, use and/or have at least potentially significant connections with the airfield (as at 01/09/2018):

Footage of the memorial unveiling at Westcott on 28 September 2012. 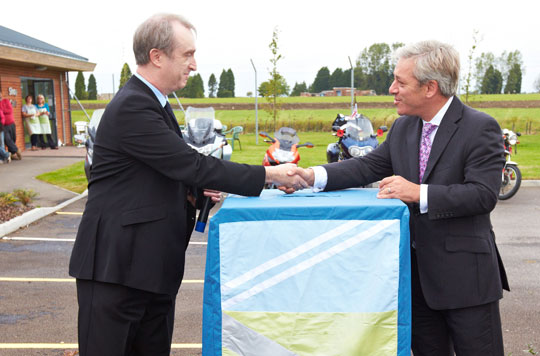 On Friday 28 September 2012 we were delighted to have the Rt Hon John Bercow MP, Speaker of the House of Commons unveil the Westcott memorial, which is in his constituency, along with ABCT's Kenneth Bannerman. 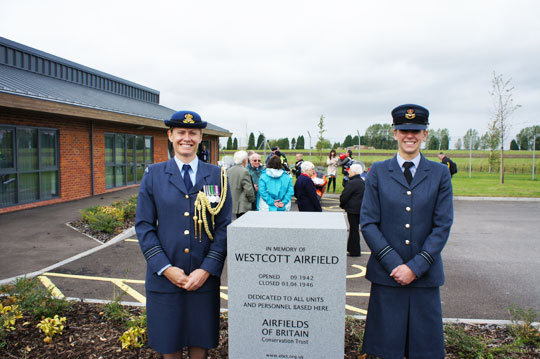 We were privileged too to have Squadron Leader Susie Barnes (Left), Logistics Adviser, New Zealand Defence Staff, lay a wreath in memory of the New Zealand personnel who trained at the airfield during the Second World War, along with Flight Lieutenant Claire Nixon from RAF Halton. 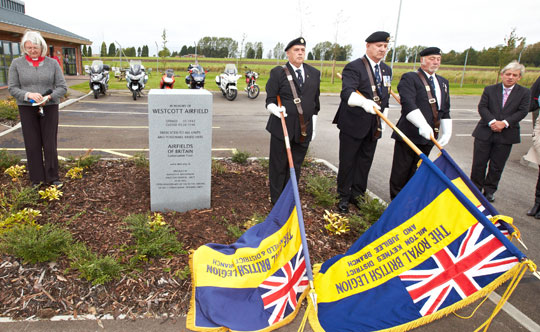 Special thanks must go to The Royal British Legion, Buckinghamshire County and particularly the Chairman, Mike Barry, who arranged for standard bearers to be present. 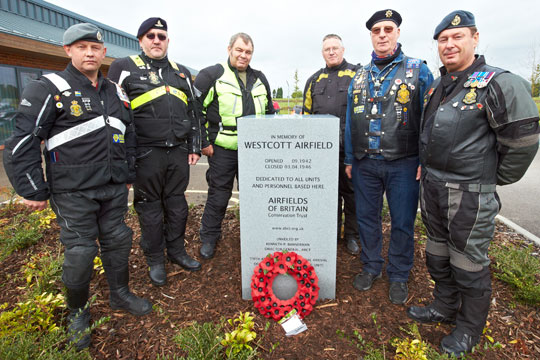 For the first time at one of our events the Riders Branch of the Legion for the area also came along to support the event and their presence was very much appreciated. 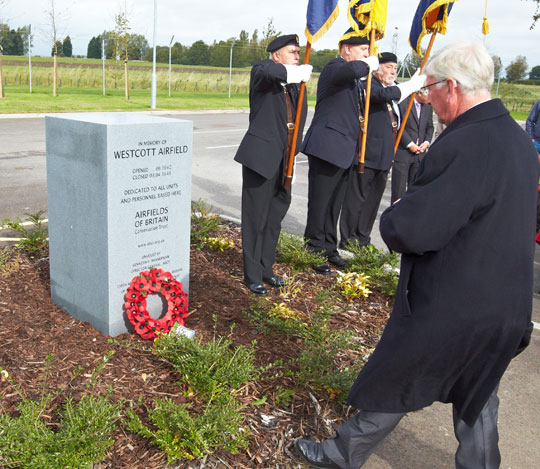 Air Vice Marshal (Rtd) David Crwys-Williams laid ABCT's wreath at the memorial and it was lovely to meet him and his family, including his new grandson. Local vicar, the Rev Mary Cruddas played a vital part in the proceedings, dedicating the memorial, and we are thankful too for her time. 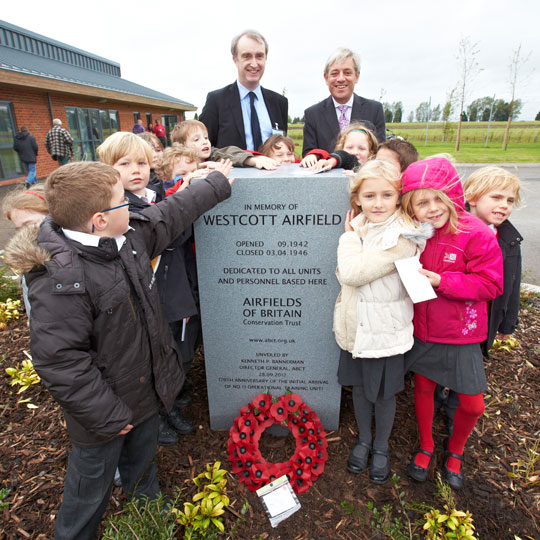 Some of the children from Westcott Church of England Primary School came with headmaster, Mr Barry Grace, and some other teachers; the attendance of the school group really helped to mark the occasion. We were very pleased to learn that the youngsters at the school are taught about the history of the airfield and an annual visit to the memorial will form part of their studies.

The unveiling could not have been possible without the assistance of Ed Andrews, Central Services Manager, Westcott Venture Park, who was hugely instrumental in organising the event and making it a memorable morning. 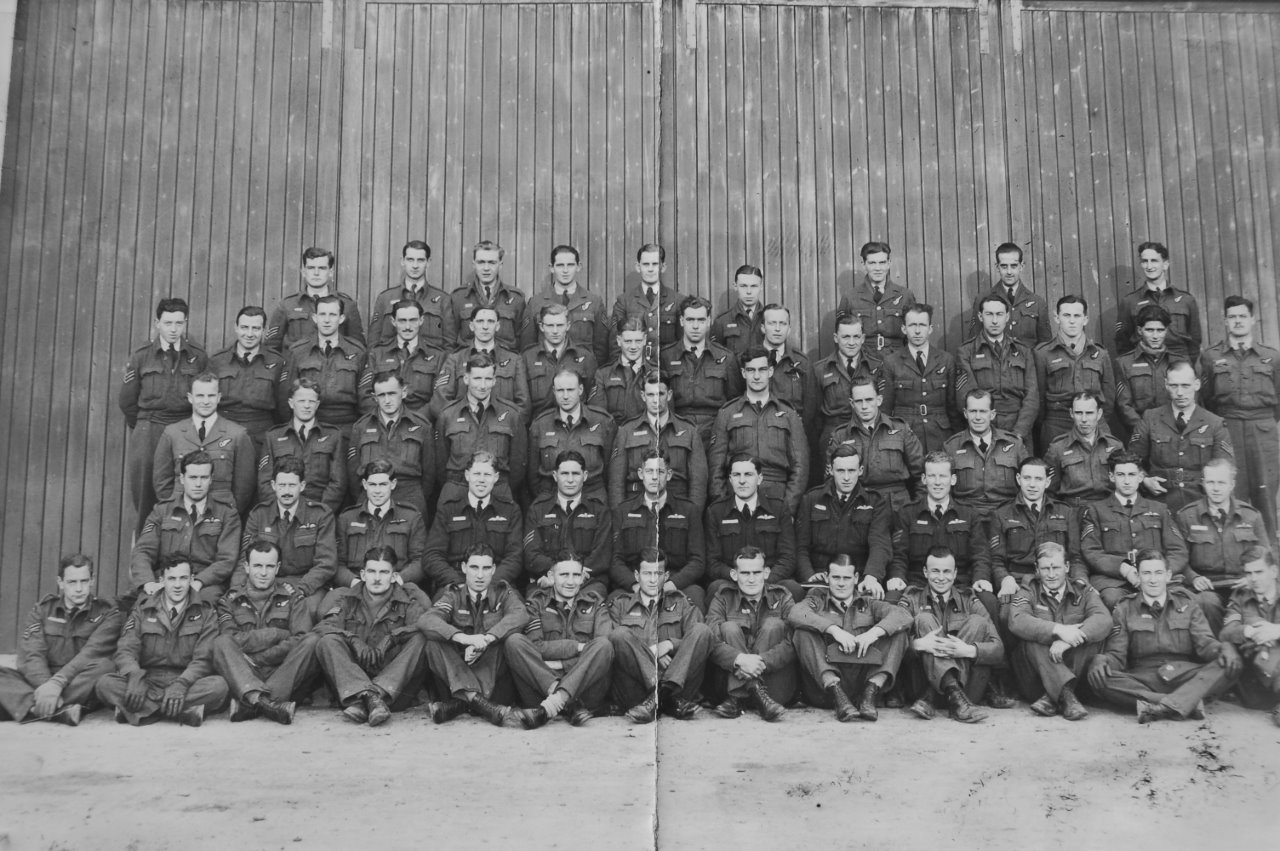 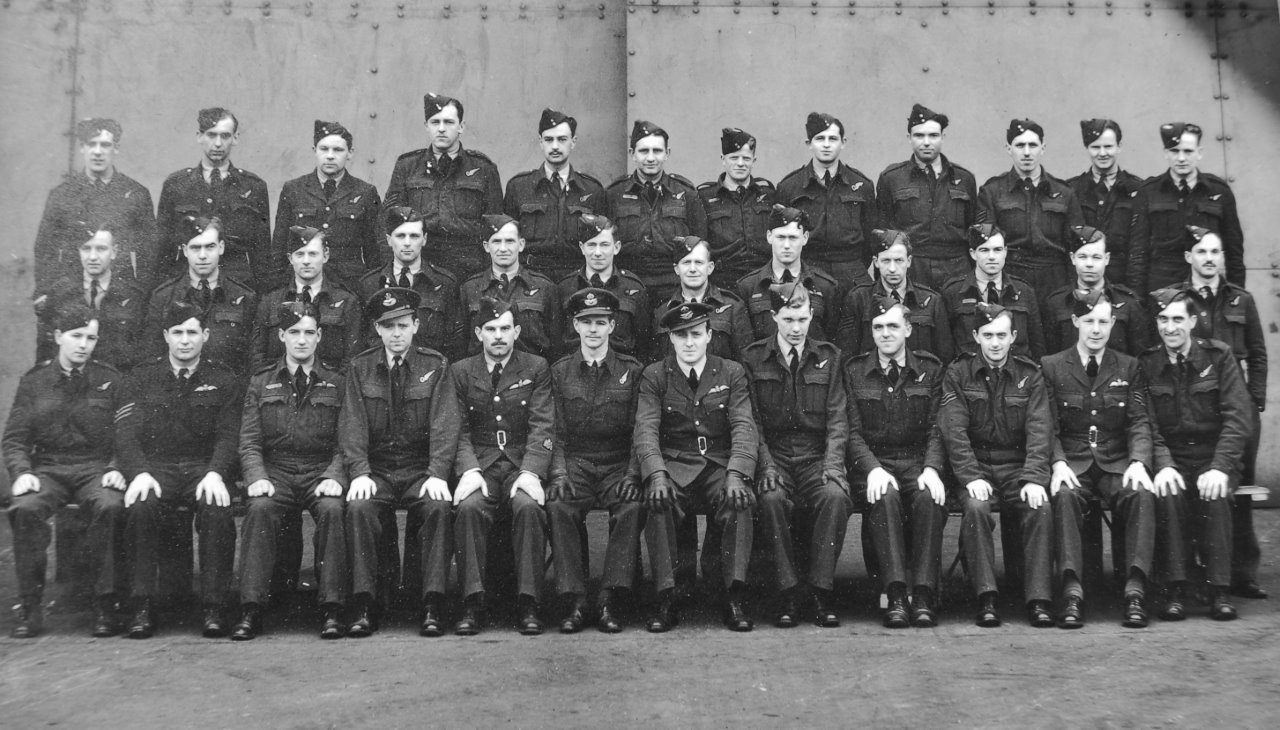 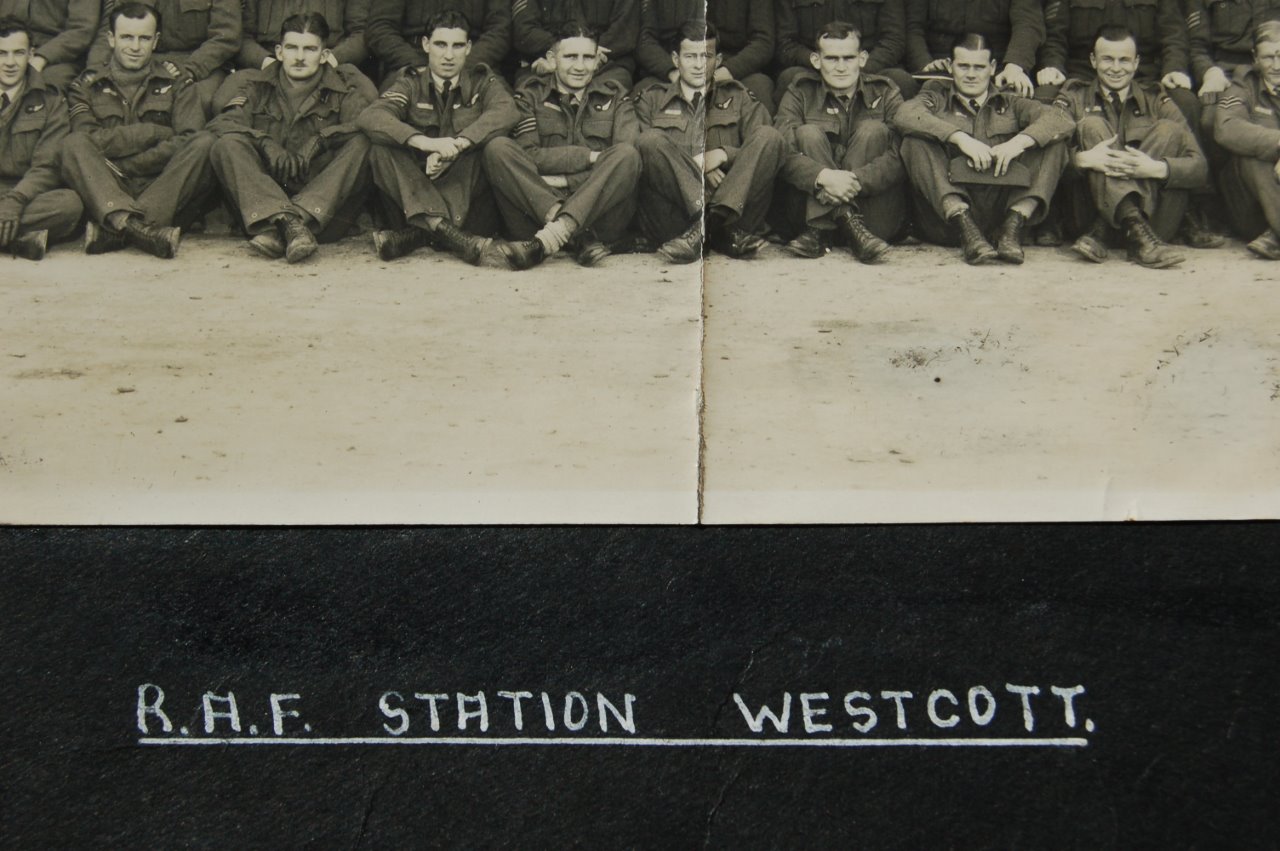 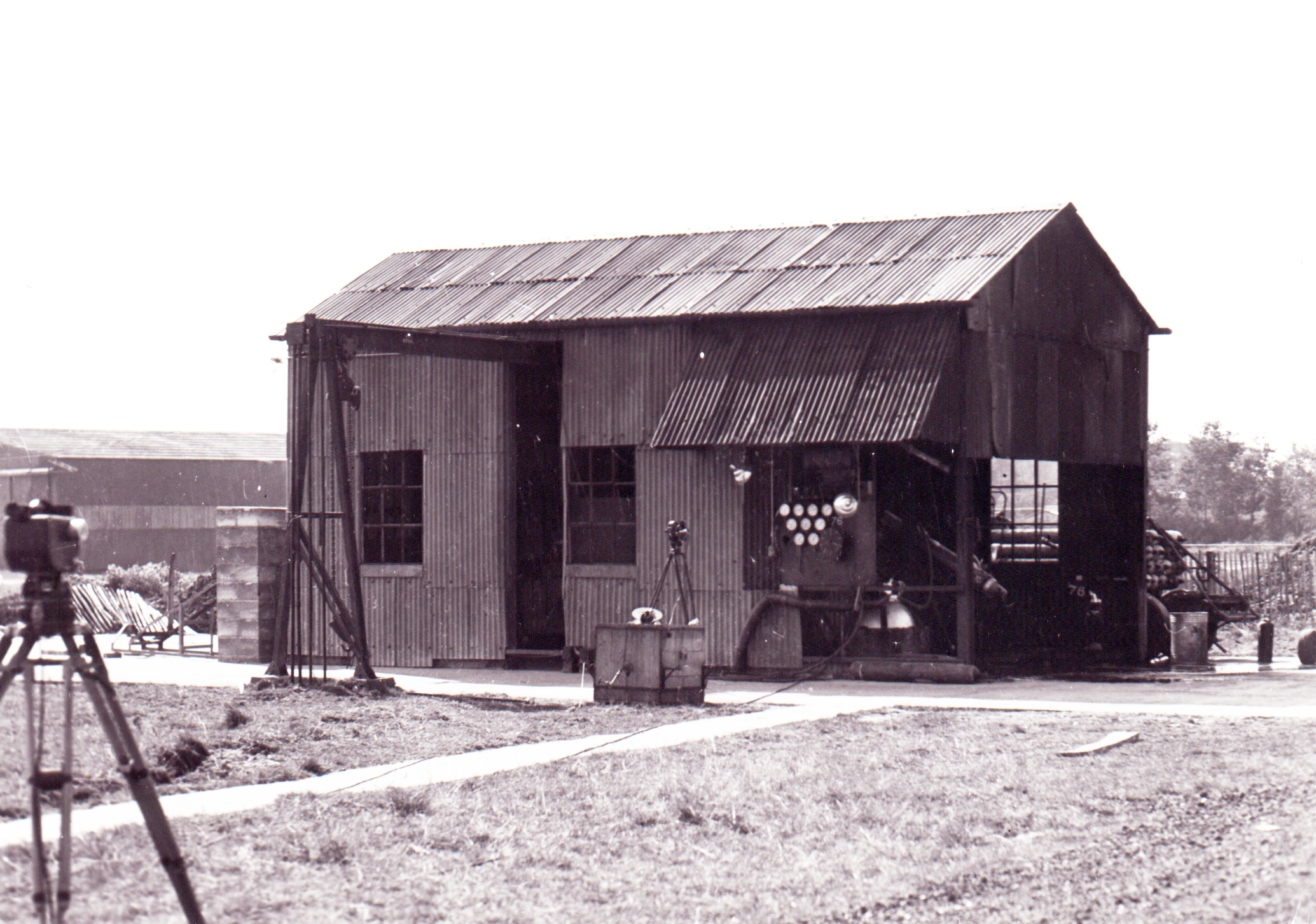 One of the early rocket test facilities at Westcott. Courtesy of Ed Andrews. 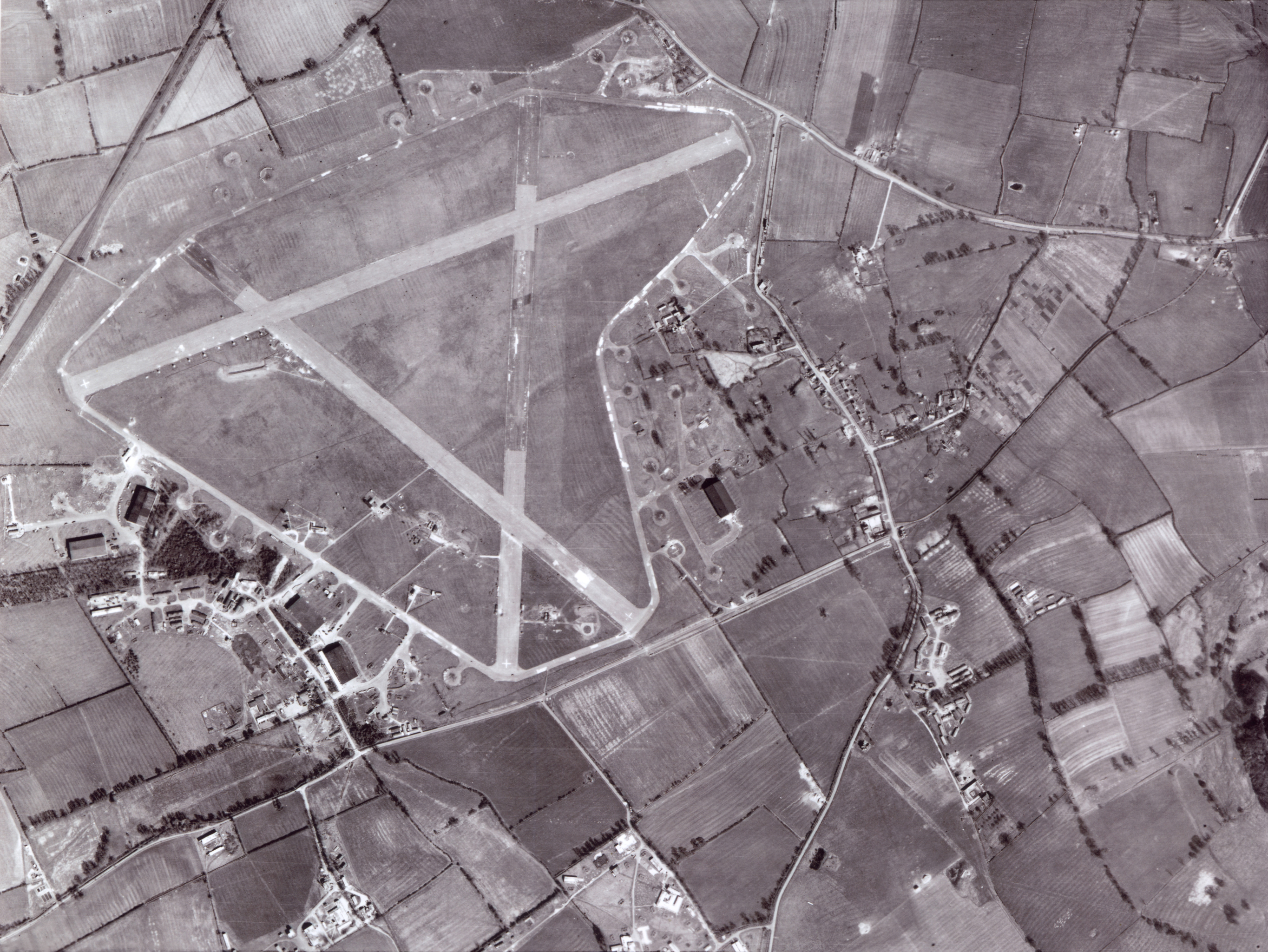 Aerial photograph of Westcott in April 1947. Courtesy of Ed Andrews. 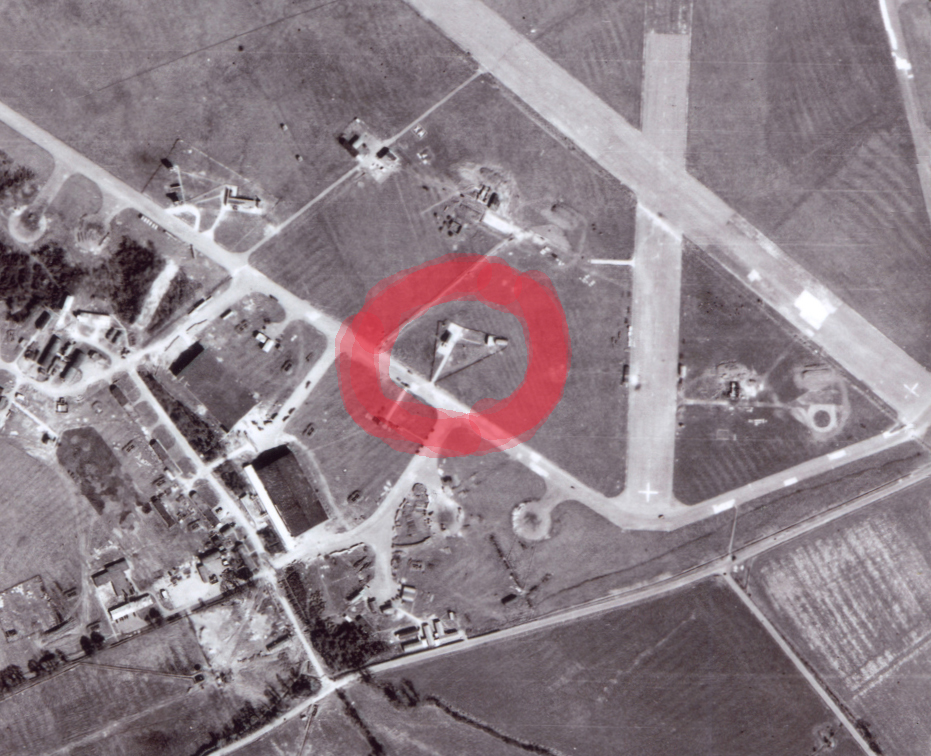 Aerial photograph of Westcott in April 1947 with the location of one of the early rocket test facilities highlighted, see below. Courtesy of Ed Andrews. 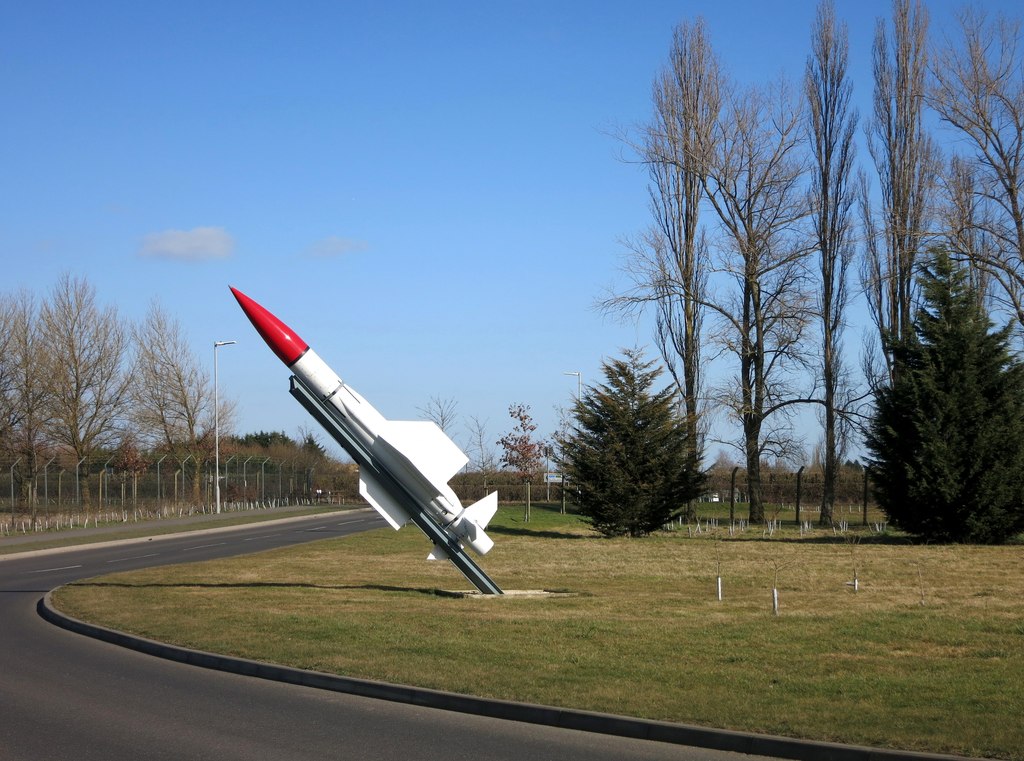 Wescott is now used by Wescott Venture Park. © Des Blenkinsopp and licensed for reuse under this Creative Commons Licence. 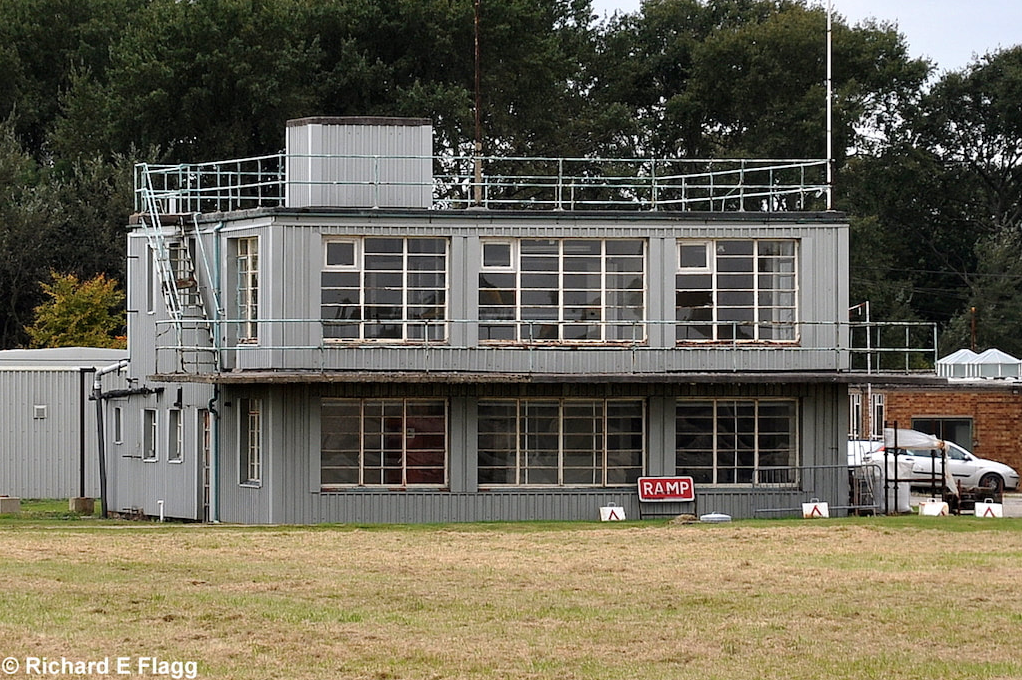 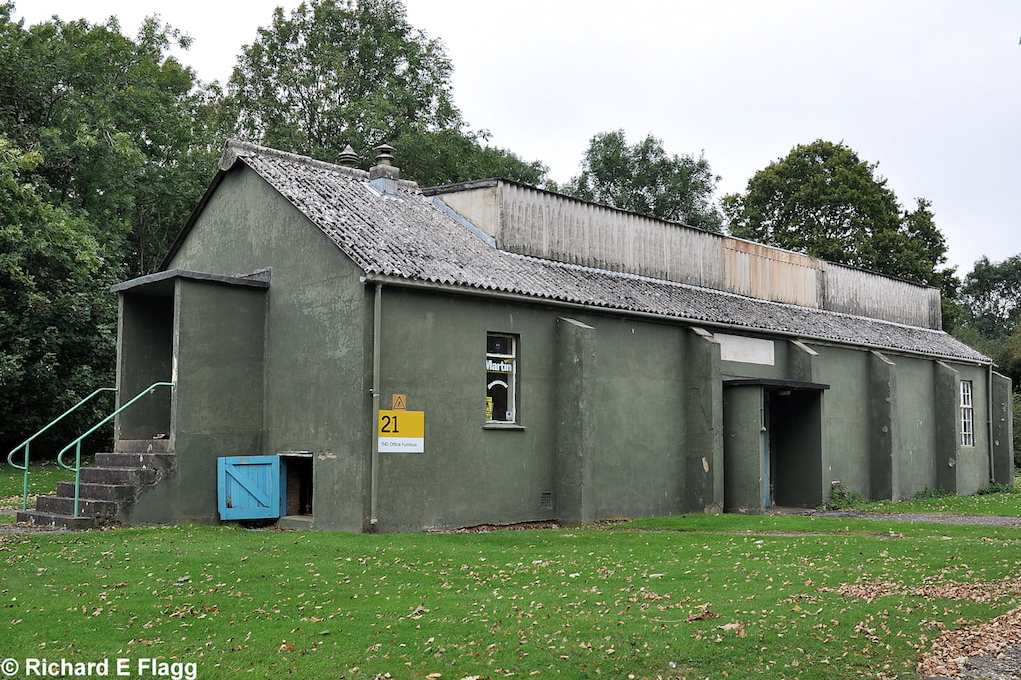 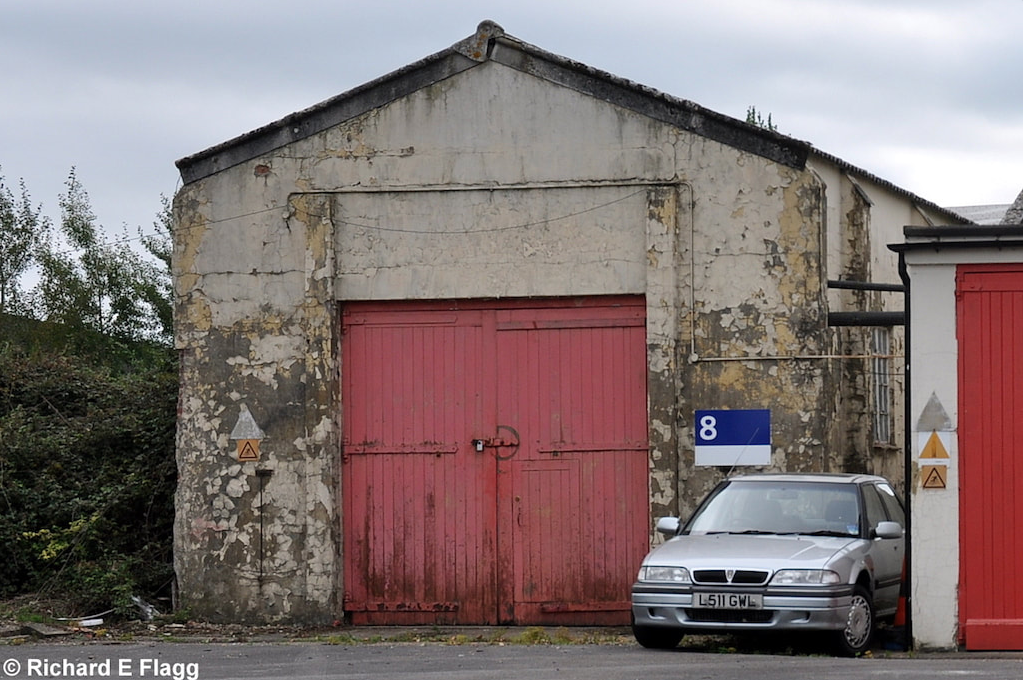 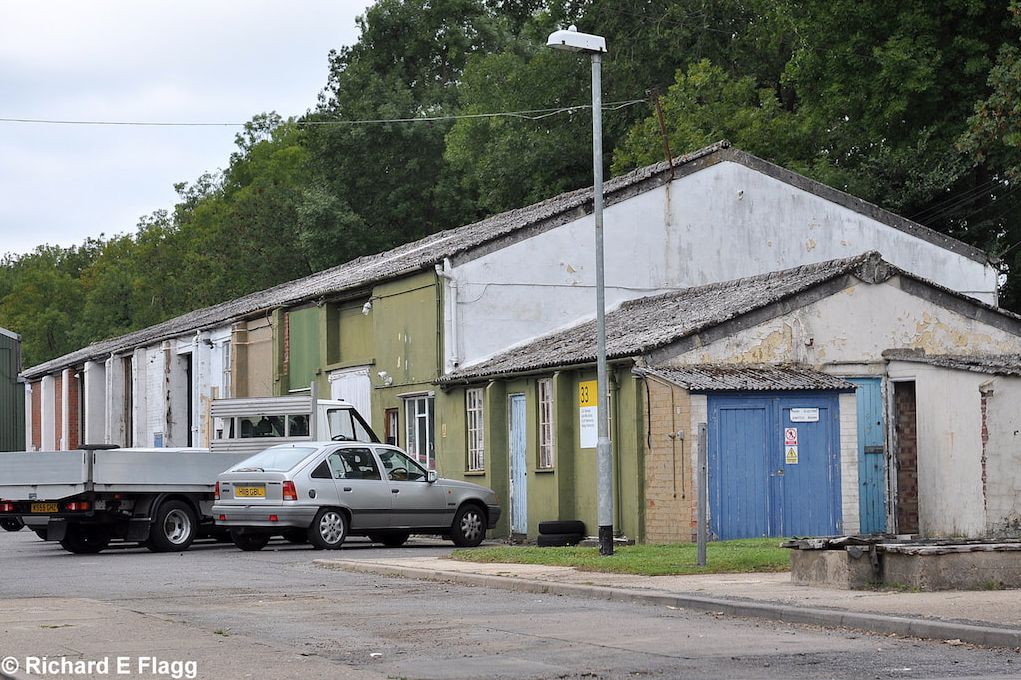 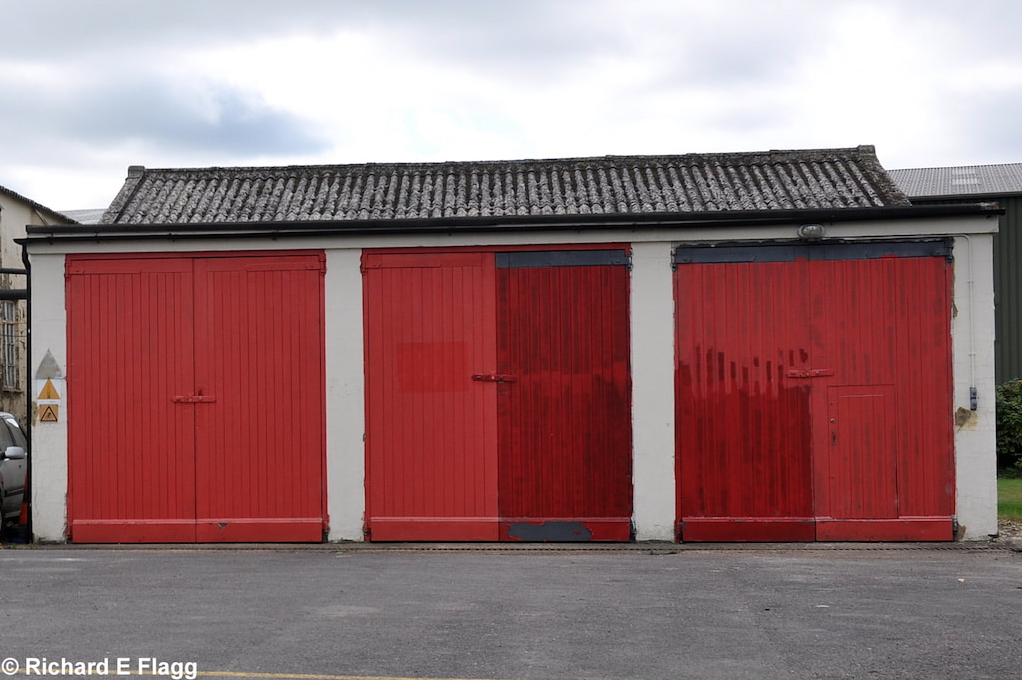 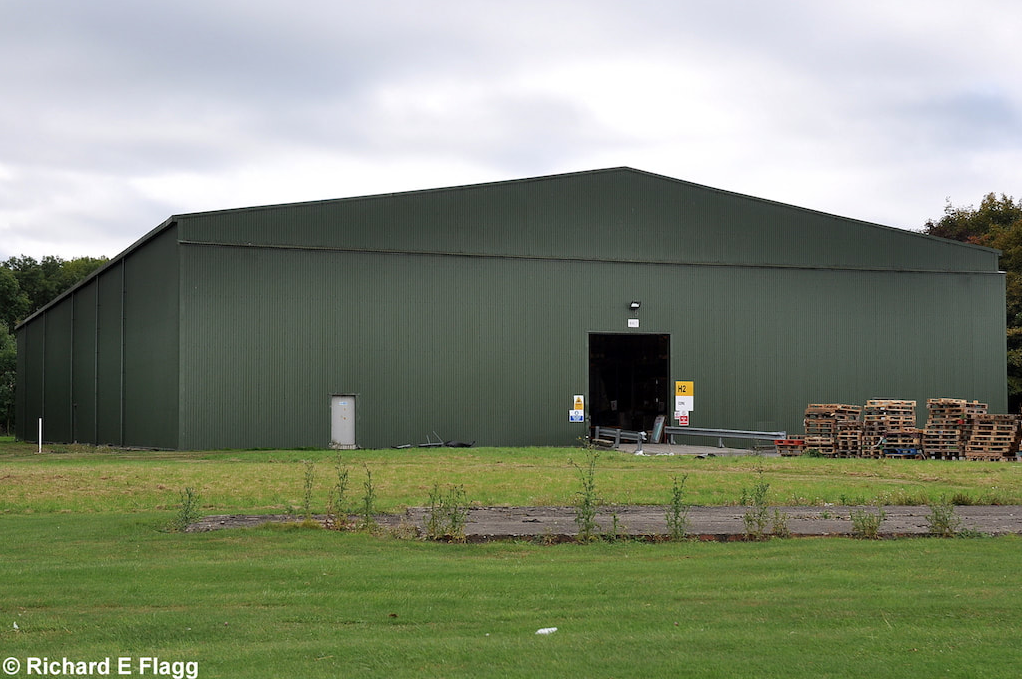 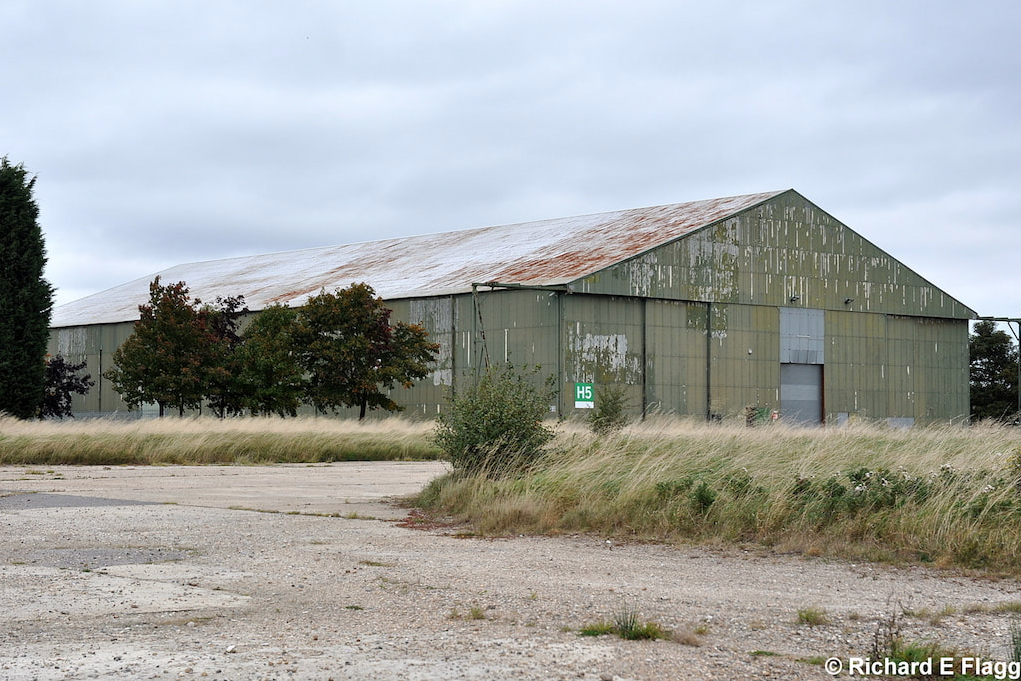 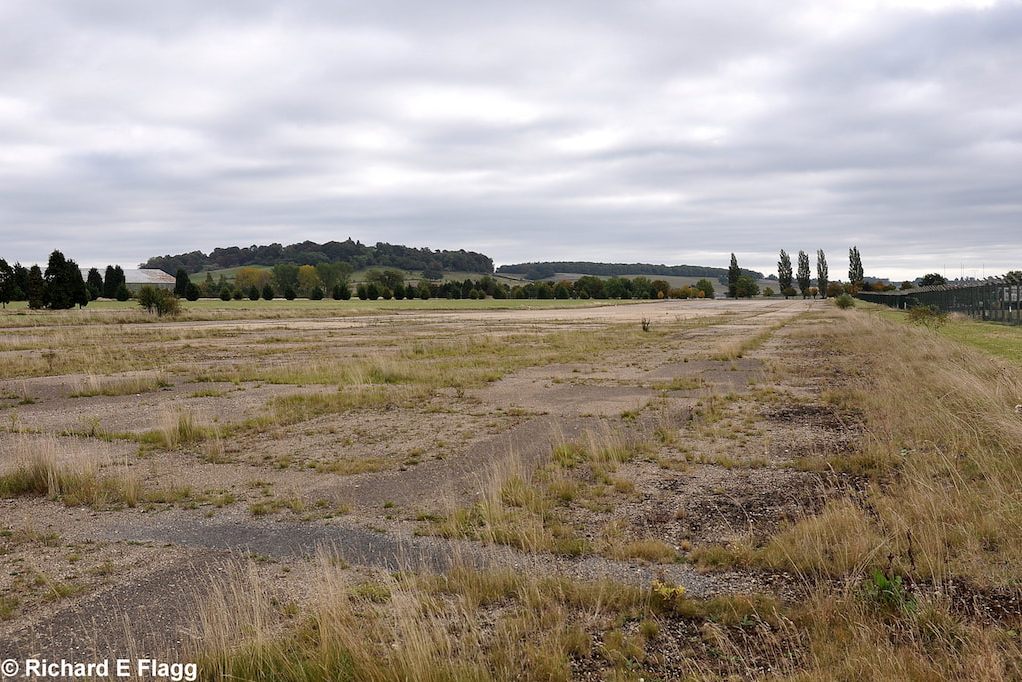 Runway 13:31 at Westcott, looking south-east from near the control tower, 22 September 2009. © Richard Flagg 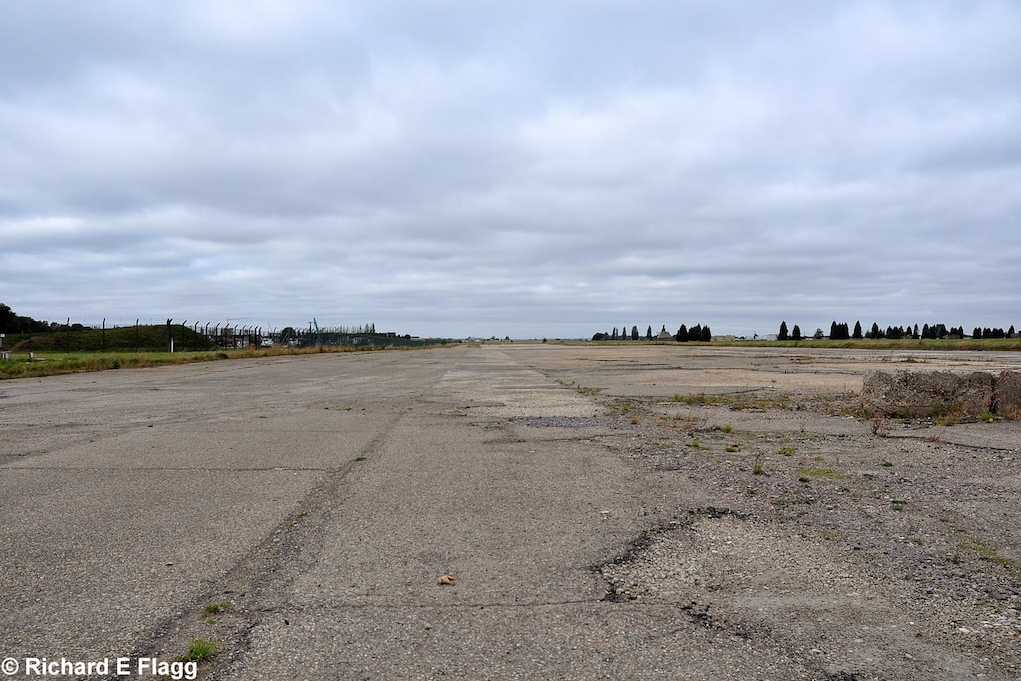 Runway 13:31 at Westcott, looking north-west from near the control tower, 22 September 2009. © Richard Flagg

The test firing of an experimental rocket engine at Westcott, 1958. Courtesy of British Pathé.

Various shots of engineers working inside the Ministry of Aviation Rocket Propulsion Establishment at Westcott, 1964. Courtesy of British Pathé. 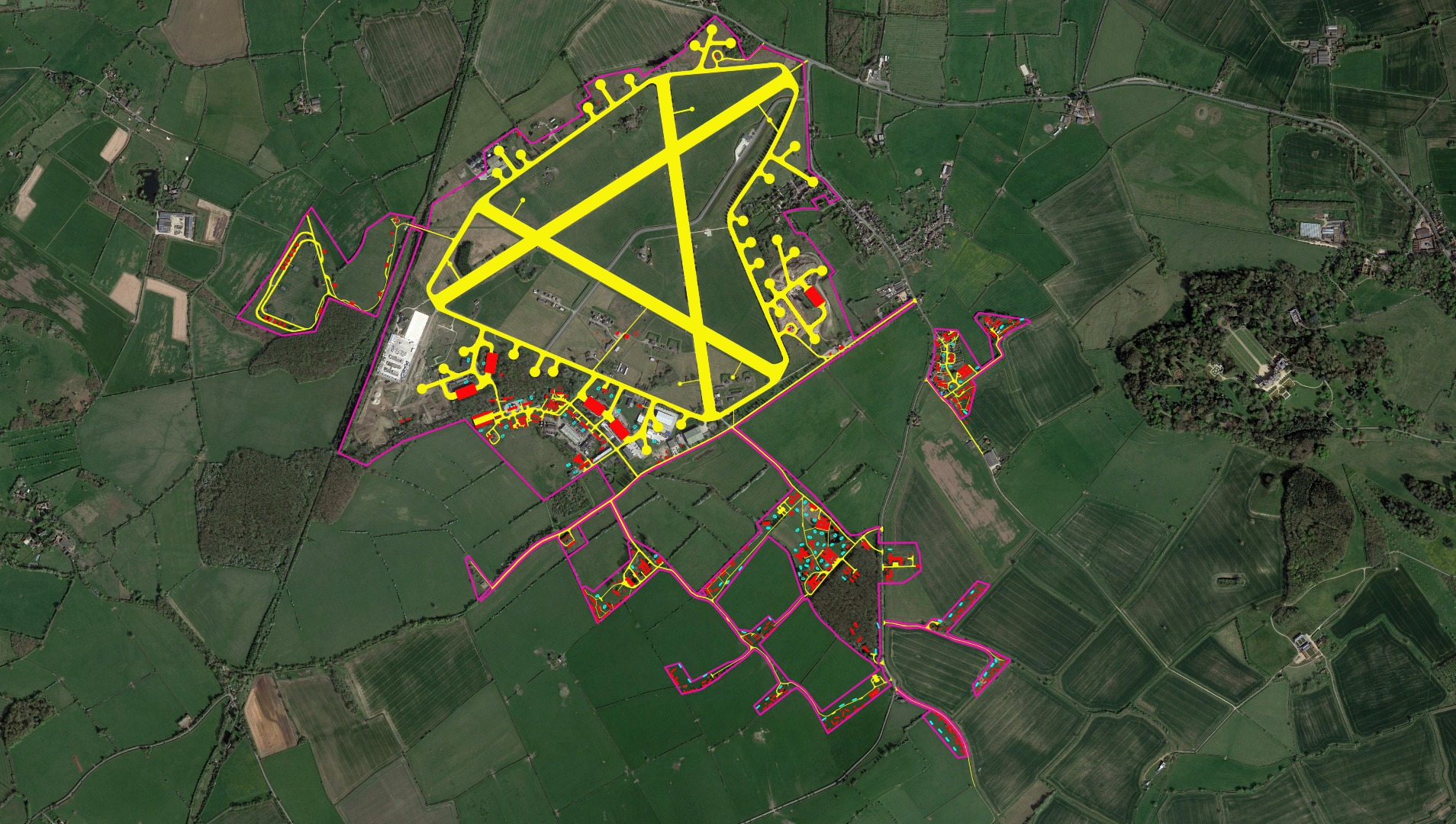