Stutton Airfield became one of many landing grounds which existed in Britain during World War One for Royal Flying Corps (later Royal Air Force) Home Defence fighter operations. The airfield first opened in March 1917 and initially came under the control of No 37 Squadron, at that time headquartered at The Grange in Woodham Mortimer and with Flight Stations at Goldhanger, Rochford and Stow Maries. This unit operated a variety of aircraft such as Royal Aircraft Factory BE2 and BE12 variants fighters to combat the combined threats of Zeppelins and fixed-wing Gotha bombers threatening especially south-east England during this period.

By the early autumn of 1918 control of Stutton had passed to No 75 Squadron. Based at North Weald Bassett, later better known as extremely famous Battle of Britain fighter airfield North Weald and to where the squadron had moved the previous spring, its fighters continued to defend London and the surrounding area until the end of World War One. Aircraft equipment now consisted of a mixture of Sopwith Camels, Bristol F.2bs and Avro 504Ks.

What remaining records survive confirm how Stutton became classed as a 2nd Class landing ground. Measuring 52 acres and with dimensions of 580 by 410 yards, the land consisted of loam soil. Sited three miles from Bentley Railway Station, the airfield was assisted by open surroundings, while the official telephone communications number was Holbrook 11.

Stutton survived the end of fighting until, under the normal closure procedure process of that time, notification of relinquishment occurred on 13 March 1919 as was the case with many other British World War One landing grounds. Closure would have resulted shortly afterwards.

The shape of this airfield still remains fairly evident today, despite land use having changed over the years. Holbrook Road formed its southern boundary, where houses now exist as alongside Larksfield Road, long ago a footpath and which marked the western edge. The airfield stretched northwards to the edge of Alton Water and what is left of Millfield Covert, to the west of Alton Water Sports Centre. What is now the approach road to Alton Water Visitor Centre served as Stutton’s eastern boundary, with this facility standing on what was a slightly distinctive extending section of land on the north-east side of the landing ground.

Photographs of the plaque at Stutton, 2019. © Richard Flagg 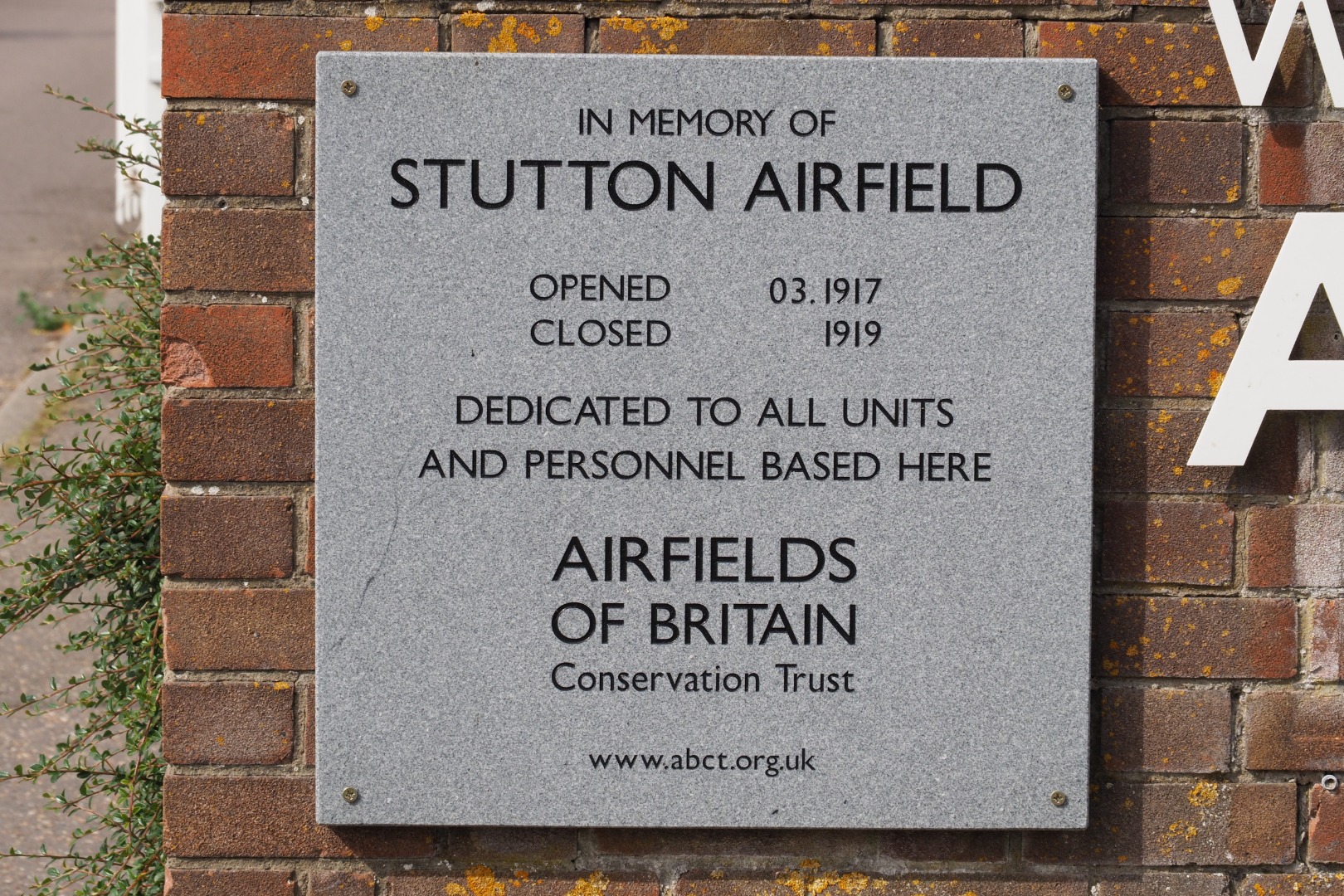 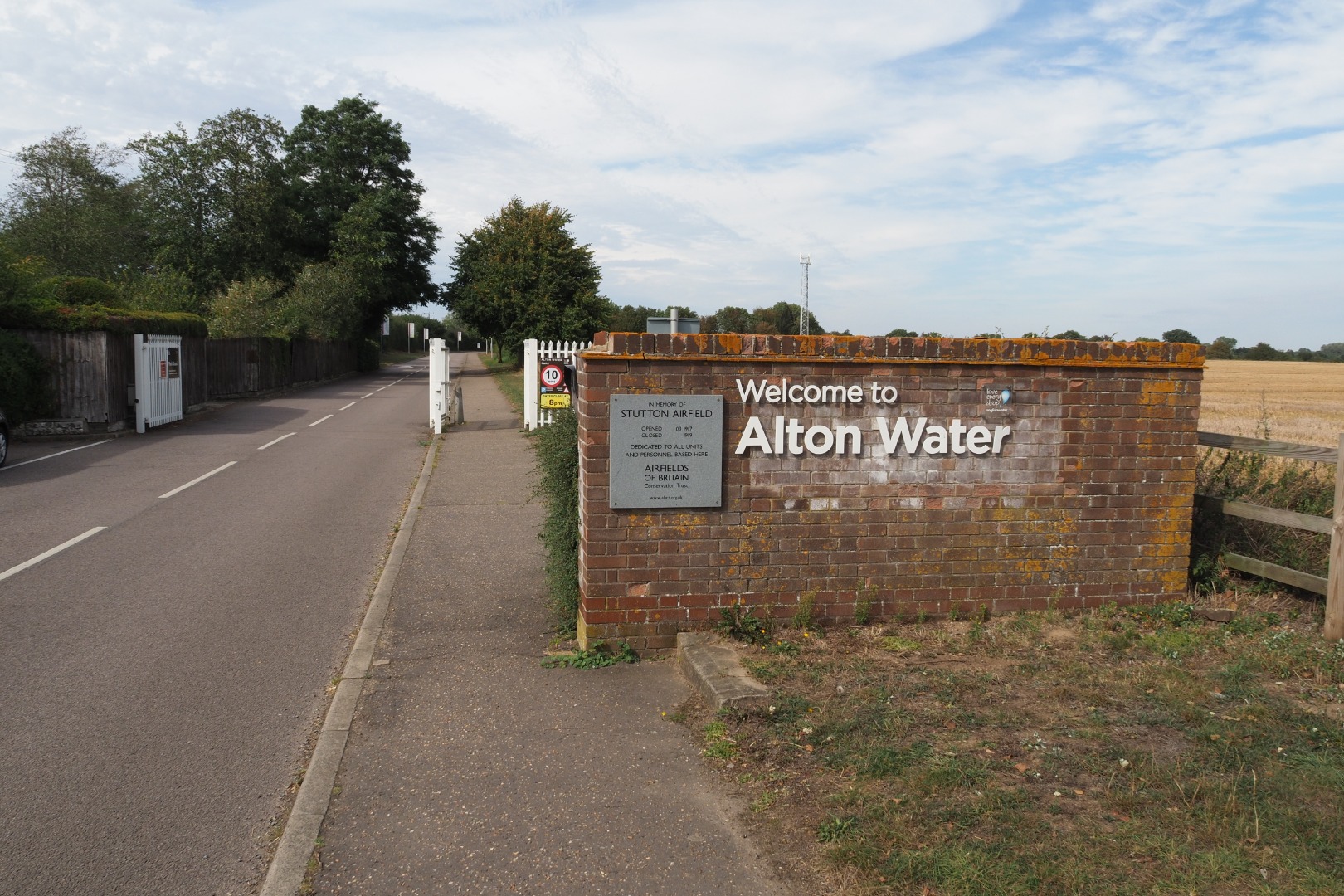