Strathallan was established as a private airstrip by the brothers William and David Roberts in the 1960s. They formed Strathallan Air Services in 1963, later renamed as Cirrus Aviation in 1970. The company provided private charter, air freight services and aircraft maintenance. Sir William Roberts, the older brother, founded an important collection of aircraft at Strathallan from the early 1970s. The collection included a large number of civil and military types and was one of the most important private collections in the world at the time. Most of the exhibits were auctioned off in 1981, with the museum closing in 1988. Many of the aircraft were acquired by the National Museums Scotland Museum of Flight at East Fortune. Skydive Strathallan, established in 1960, still uses the airfield and is the oldest skydiving centre in Scotland. The site is equipped with a single grass runway, though the landing area layout has occasionally changed over the years. 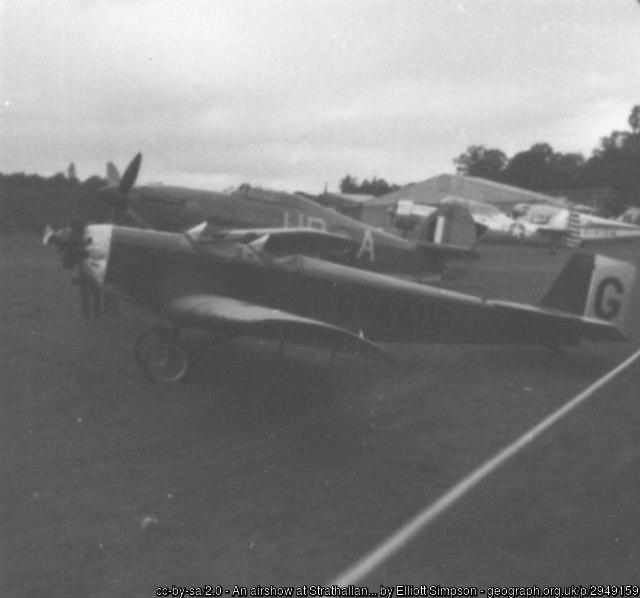 Image from an airshow at Strathallan in August 1973. 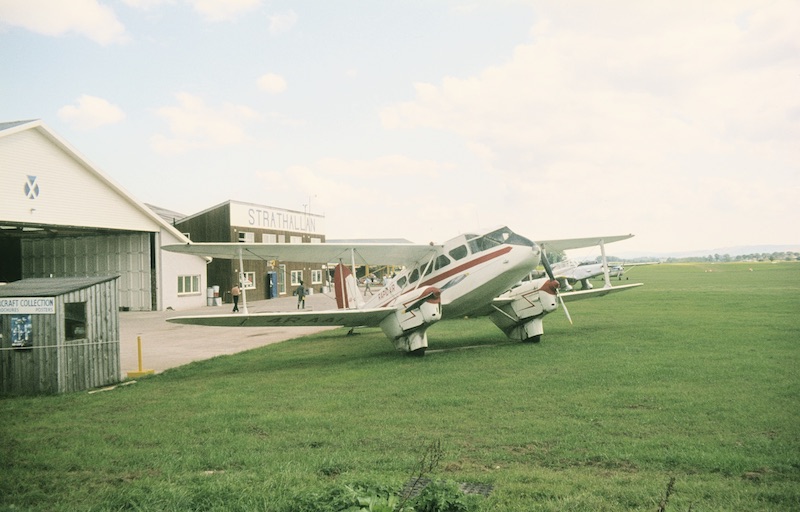 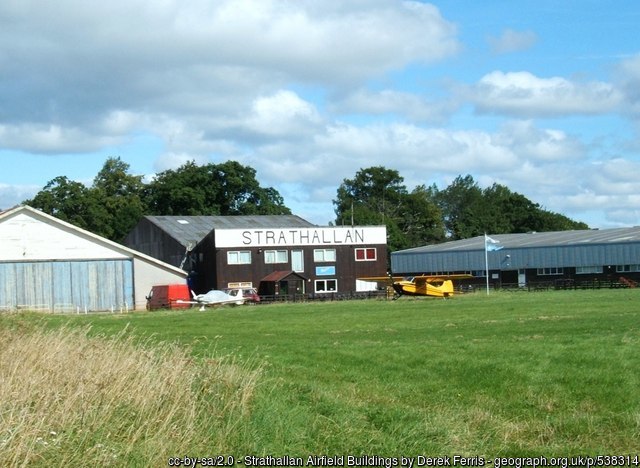 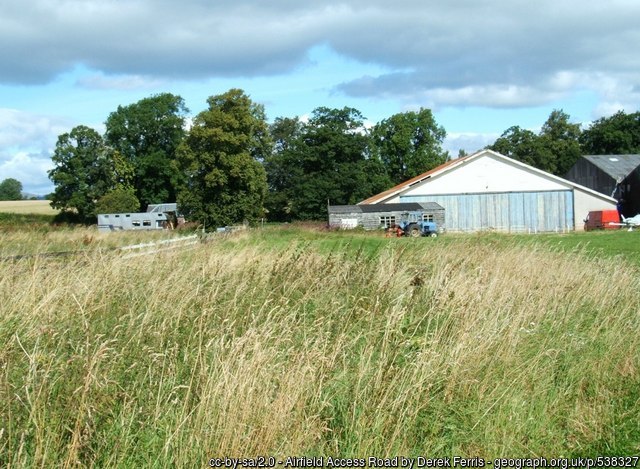 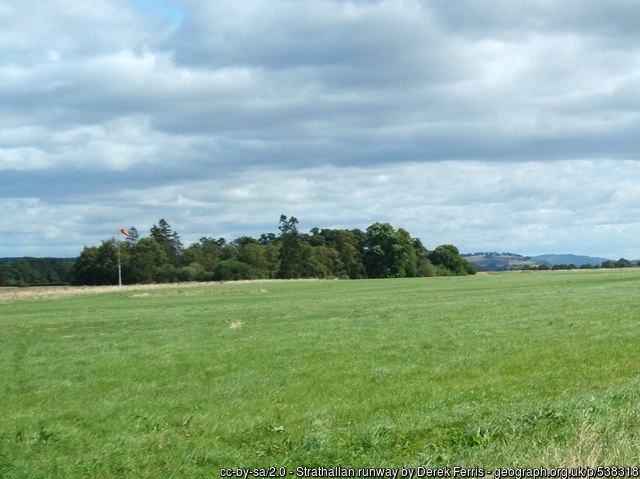 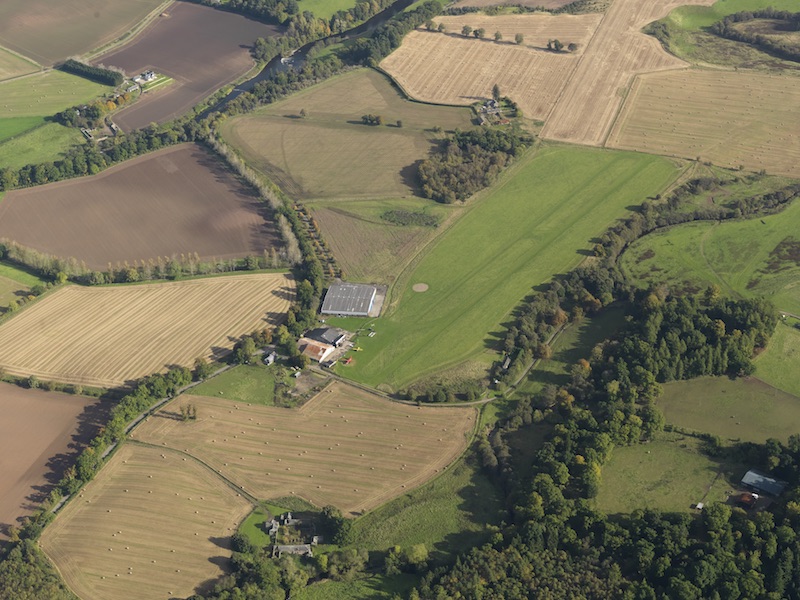 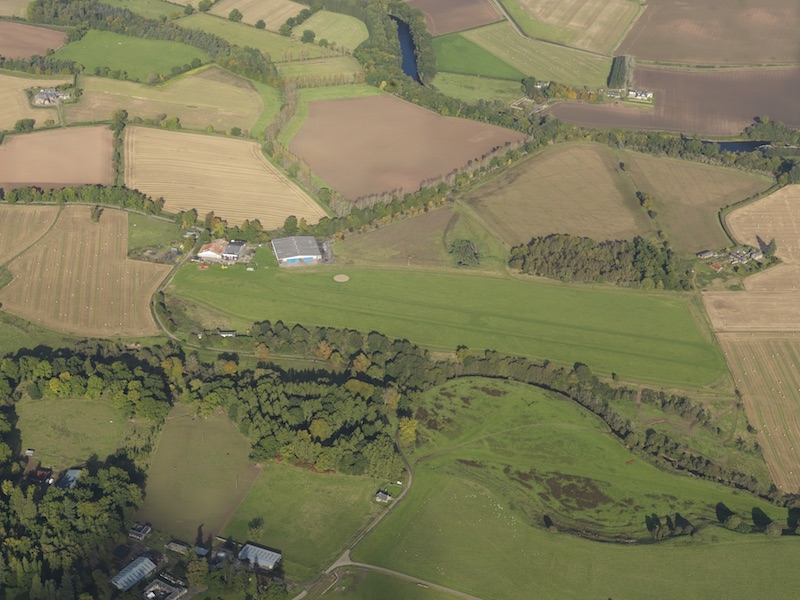 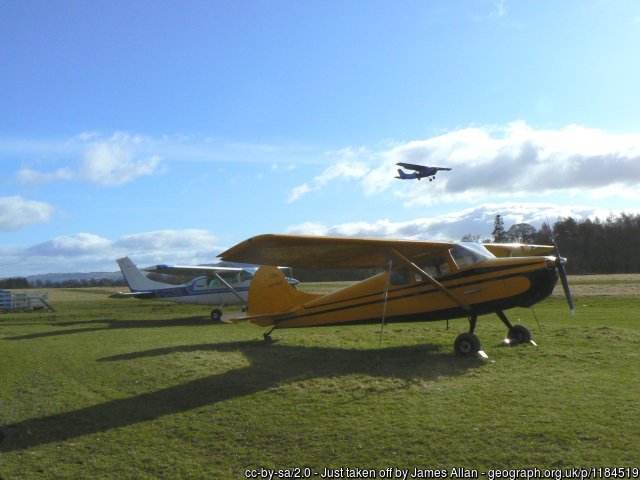 A Cessna aircraft carrying skydivers climbing away after taking off from Strathallan Airfield, 22 February 2009. 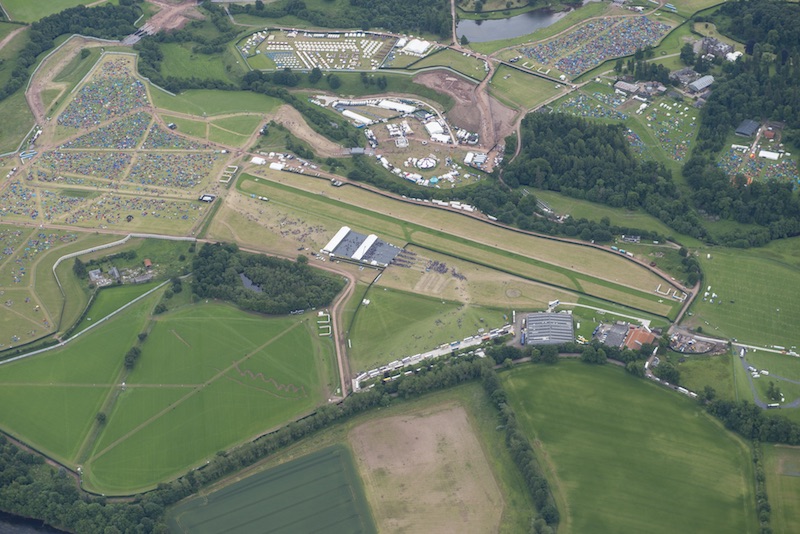 Aerial view of the setting up of T in the Park at Strathallan centred on the airfield, looking south-south-east, 9 July 2015. © Crown Copyright: HES. Licensor canmore.org.uk 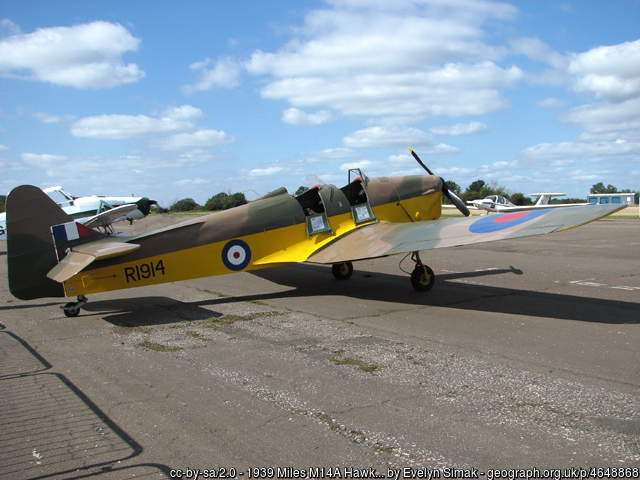