The de Havilland biplane airliners landing on the sands had to avoid the tide as it could rise by as much as 40 feet. Not so lucky was a Tilling-Stevens bus which served as the ticket office for Jersey Airways and became engulfed by water.

Regular flying at Jersey’s original airport, on the beach opposite West Park Pavilion, can be traced back to the end of 1933. The general area had, however, seen minor activity before then. During the 1920s the Supermarine Sea Eagle amphibious flying boats of Imperial Airways made ad hoc visits if the usual Southampton-Guernsey service was extended.

The start of regular use began when former motor bus owner W.L. Thurgood registered Jersey Airways Limited in December 1933, an airliner service quickly beginning on the 18th of that month. An initial connection with Portsmouth was then followed in January 1934 with another to Heston on the west side of London, while in March the Portsmouth route was extended to Southampton.

The advent of the new airport proved successful, although inevitably the governing tides restricted operating hours and members of the general public walking in the area posed an extra potential hazard. Traffic and routes continued to grow, and by the close of 1934 Jersey Airways had carried 20,000 passengers on their de Havilland Dragon variant biplanes, by which time Channel Islands Airways had emerged as a holding company for Jersey Airways and its Guernsey-based subsidiary firm.

Main business was conducted with the UK mainland but there were also some more short-lived services created to link with France, with far more varying degrees of success, due to a mixture of factors ranging from poor passenger numbers to even Jersey government worries about accidentally importing Colorado beetles and therefore damaging potato crops. These developments were nevertheless only sideshows compared to the main and most important business of communicating with south of England airports.

Despite the beach airport’s invaluable assistance to Jersey, it was only seen as a temporary solution to providing the island with a permanent location. Today’s airport eventually opened in March 1937 but at least one aircraft did land at its predecessor in the following period prior to the start of World War Two.

Photographs from the unveiling of the ABCT memorial marker on 12 September 2013: 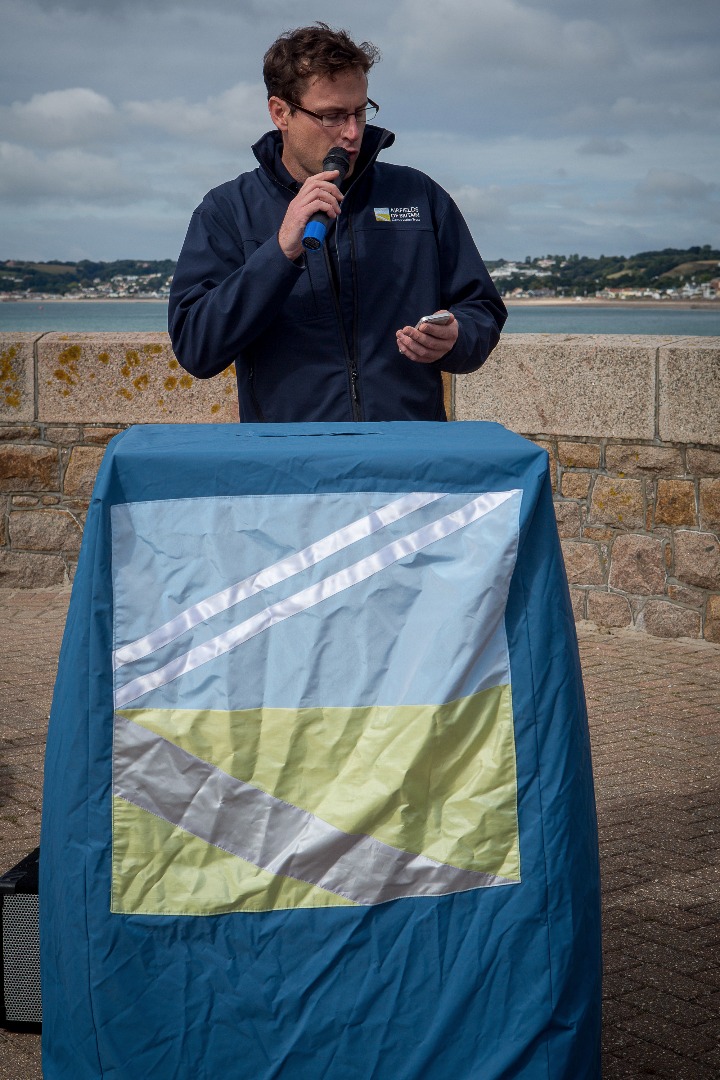 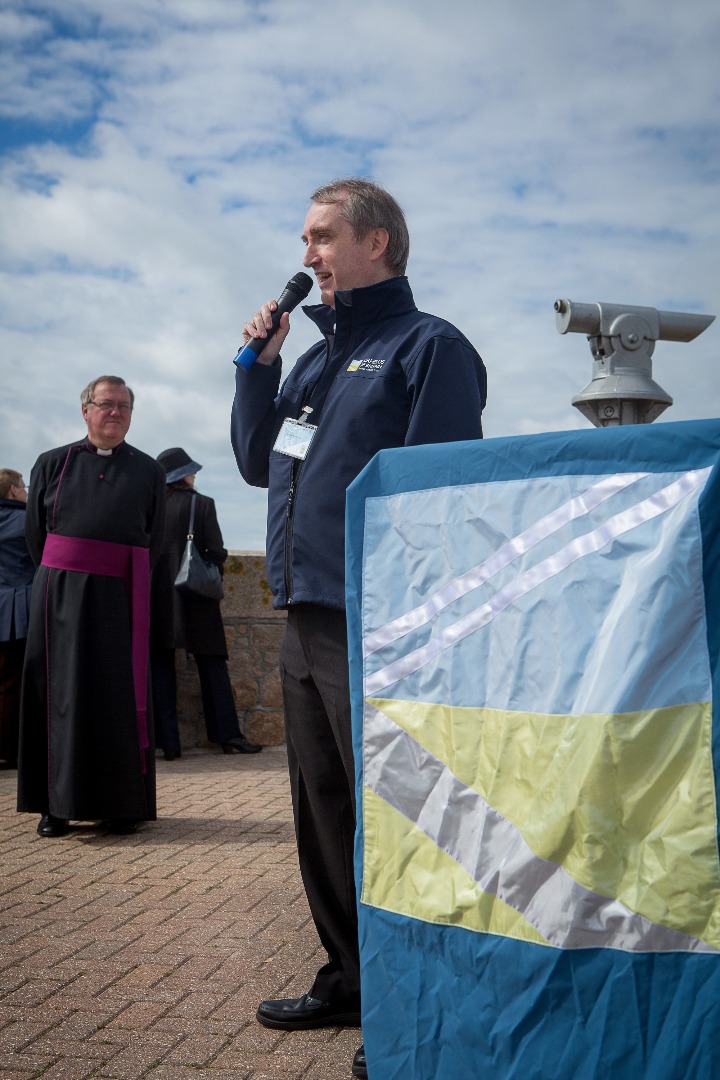 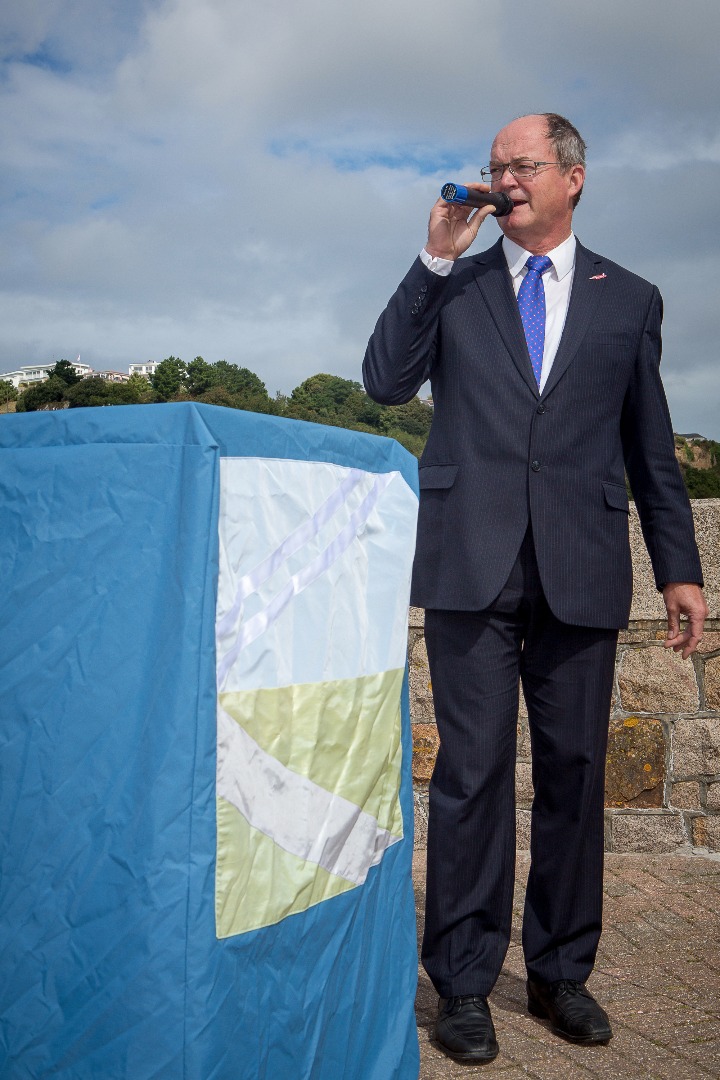 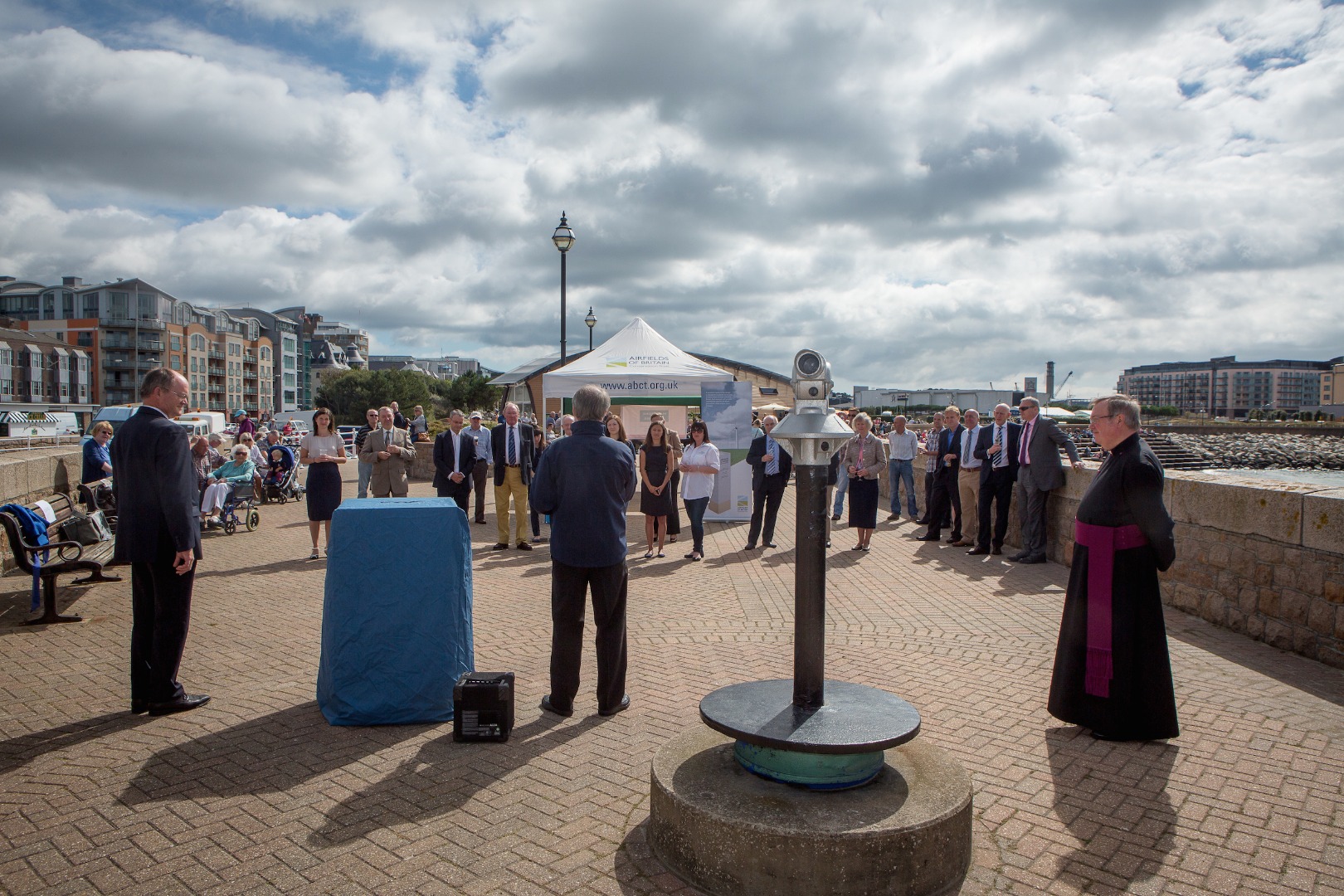 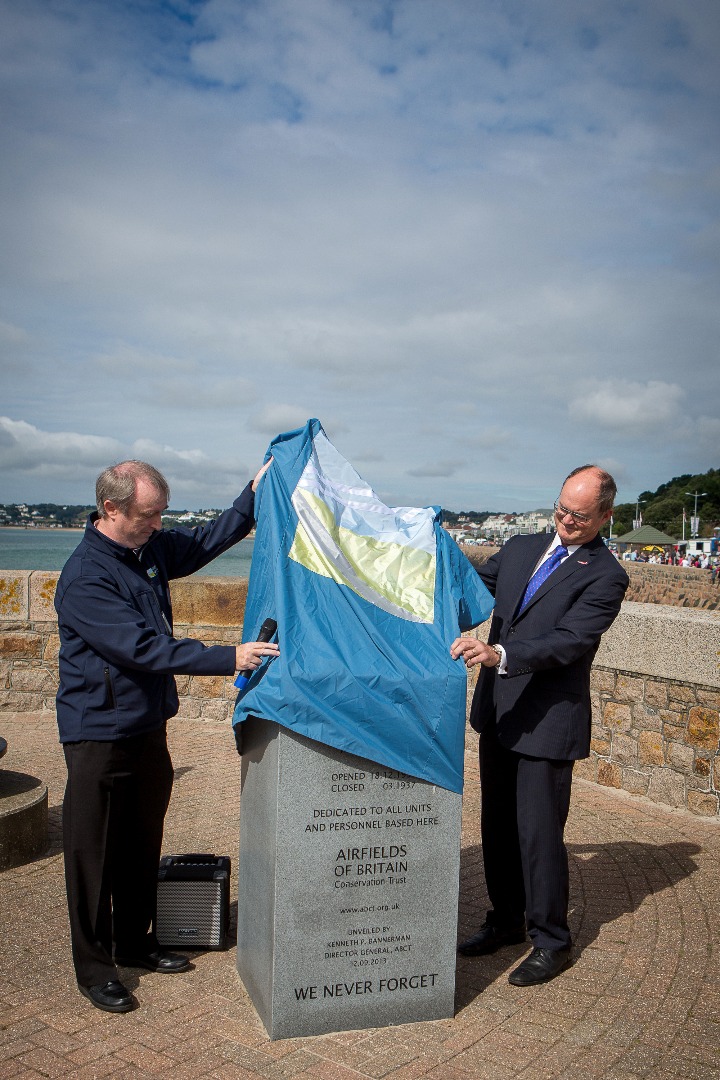 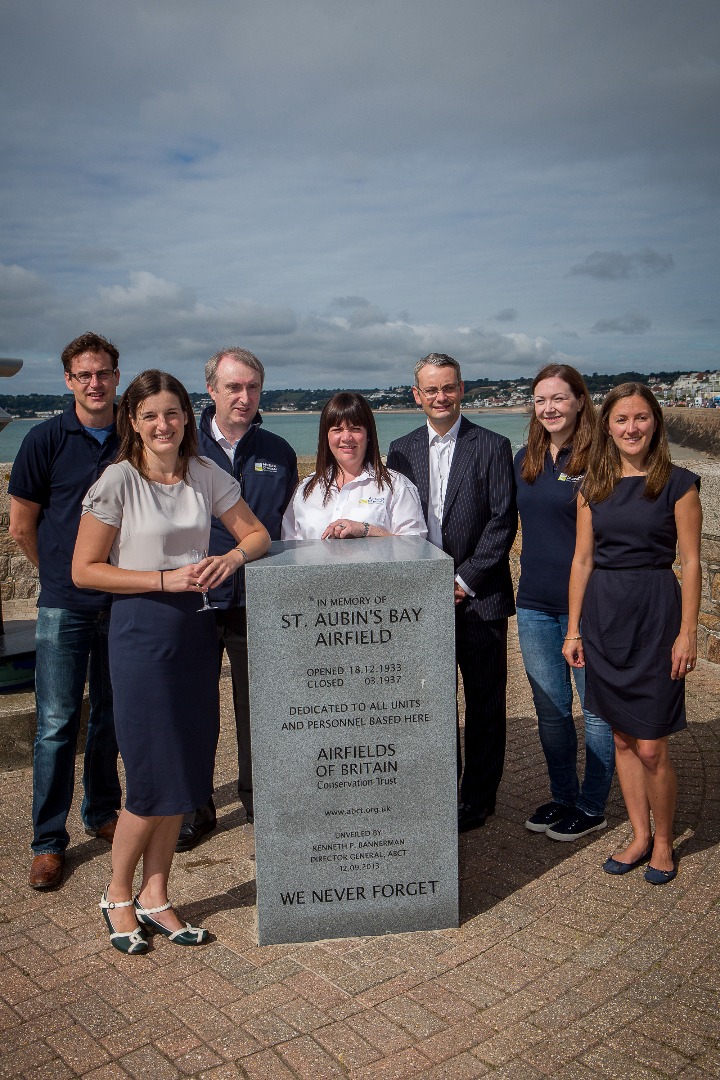 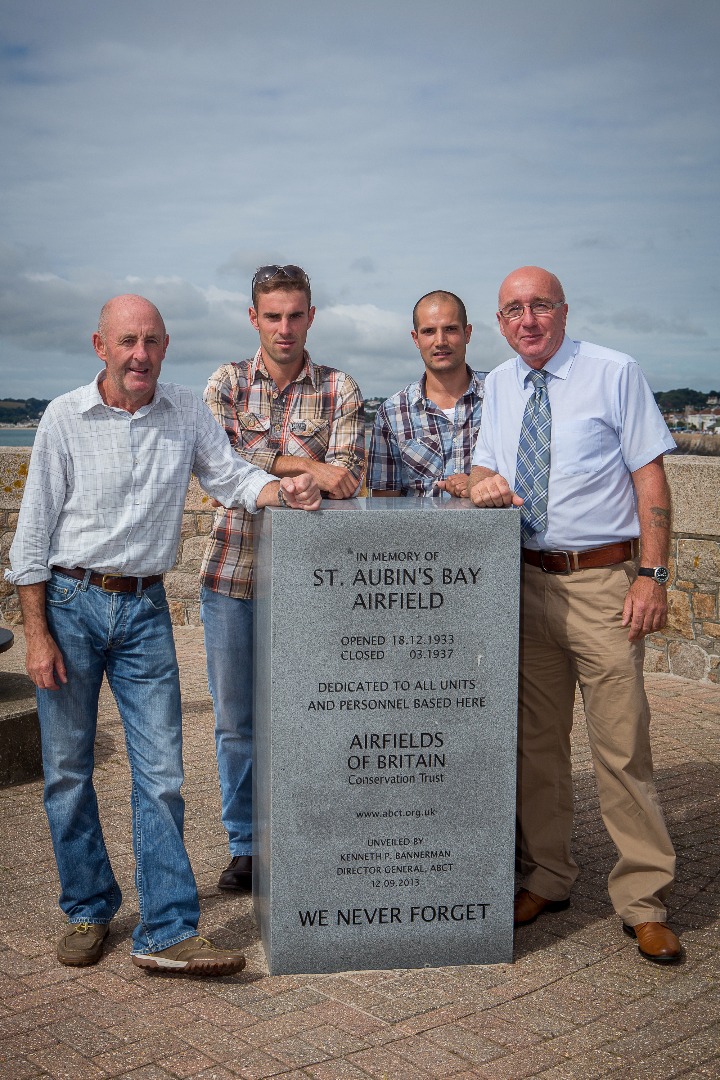 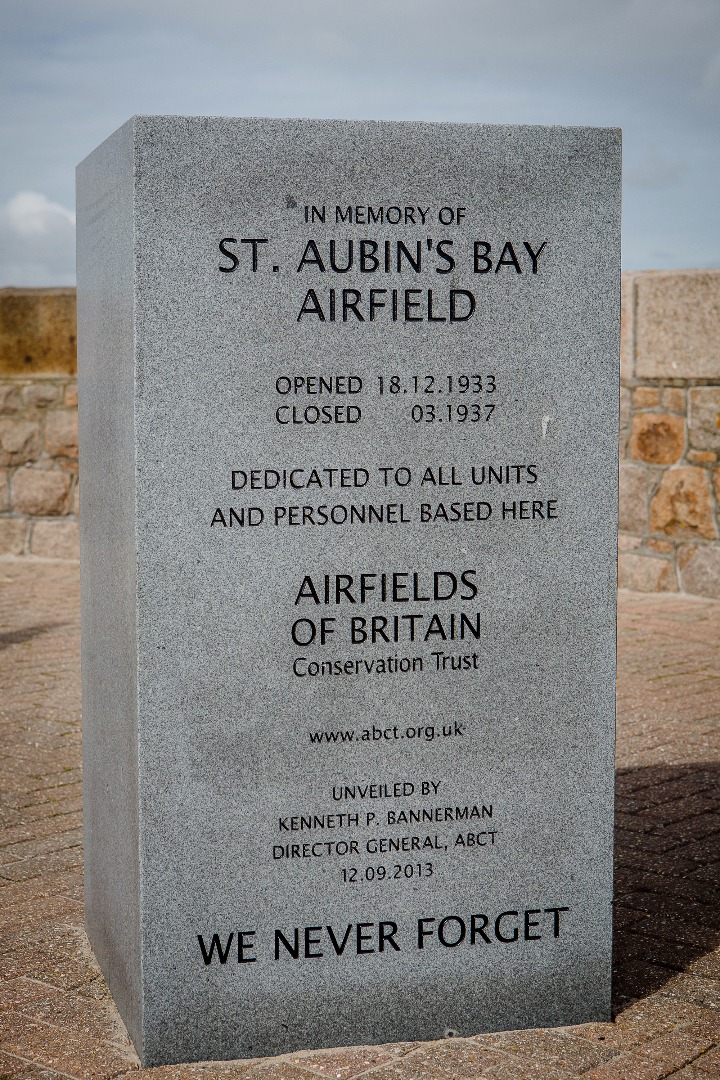