This obscure airfield, often erroneously referred to as Rhos Ucha, was an Automobile Association-listed site that existed by certainly 1932 and possibly a further two years earlier than this date. Sir Alan Cobham held one of his National Aviation Days here on 16 June 1933. Far more significantly however was the airfield's owner was Claude Hunter, the head of Hunters of Chester, a well-known firm of the day which laid out properly levelled and seeded grass landing areas over much of Britain. Among airfields to be 'Hunterised' became the Great West Aerodrome, later far better known as Heathrow. In the 1930s the Great West Aerodrome was thought to have the smoothest landing surface in Britain. Rhos Uchaf survived until the outbreak of World War Two and then faded into even greater obscurity. 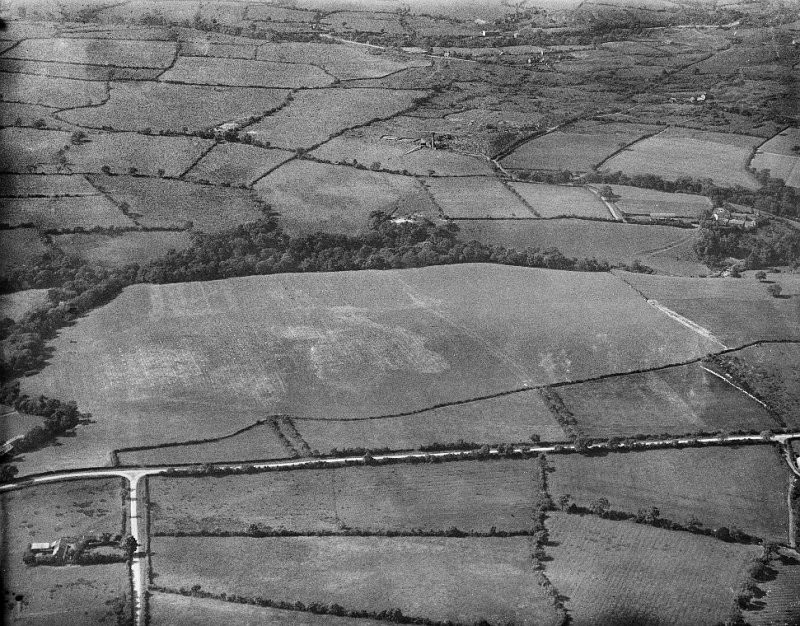 View of Rhos Uchaf aerodrome with Tan-Llan colliery in the distance, June 1932. © Crown copyright: Royal Commission on the Ancient and Historical Monuments of Wales: Aerofilms Collection. 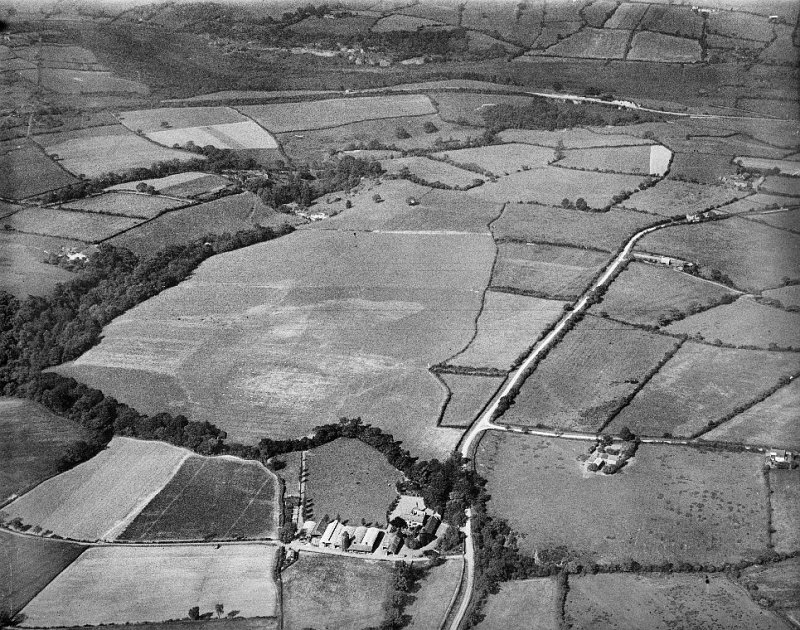 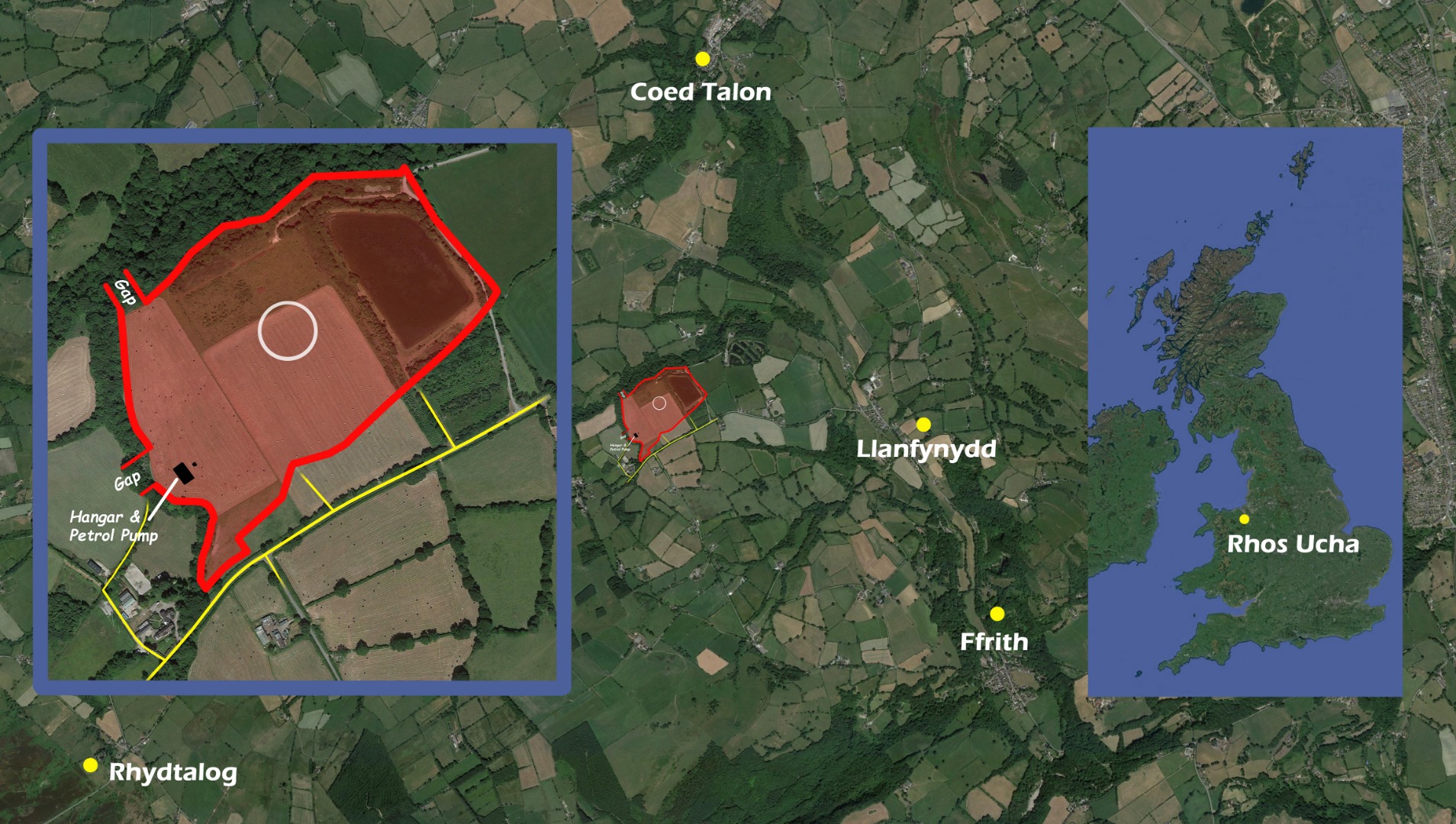