In 1943 Pembroke Dock was the largest operational flying boat base in the world with almost 100 aircraft being available.

One of Britain’s most famous flying boat bases and, for a time in World War Two, the world’s largest, opened at the start of 1930. However, any real aircraft activity did not begin until No 210 Squadron appeared from Felixstowe with Supermarine Southamptons in June 1931. Such was the lack of facilities at this time that a unique floating crane remained present for a while to handle marine aircraft. Eventually more buildings arose from the mid-1930s. Another major advance came in 1938 when examples of the greatest British flying boat of them all, the Short Sunderland, began equipping Nos 210 and 228 Squadrons to replace their Short Singapore and Supermarine Stranraer biplanes.

The start of fighting in September 1939 saw both units still at Pembroke Dock, though they deployed detachments to northern Scotland in acknowledgement of the rapidly increasing U-boat threat. Nos 210 and 228 Squadrons moved during the summer of 1940 to Oban and Malta respectively but further units soon replaced them, whether to keep up the pressure on Germany’s extremely dangerous submarine fleet or re-equip with different types of aircraft. Several nationalities stayed for periods at Pembroke Dock. Most prominent had to be the Australians of Nos 10 (Royal Australian Air Force) and 461 Squadrons with the Canadians of No 422 Squadron and US Navy unit VP-63 equipped with Consolidated Catalinas also staying there. Surely the most unusual of this batch had to be No 320 Squadron, whose Dutch crews fled with their Fokker floatplanes to Britain to form as an RAF unit in June 1940 and continued to use them for a few more months until having to convert to Avro Anson landplanes at Carew Cheriton.

The flying boat base reached its peak of activity mid-war with so many aircraft present. Sunderlands were the primary aircraft at Pembroke Dock as Nos 228 and 461 Squadrons arrived in the spring of 1943 and lasted until both units disbanded on 4 June 1945. Nos 201 and 422 Squadrons joined these units for shorter amounts of time during this period. Flying boat repairing, servicing and ferry training made this airfield even busier but Pembroke Dock was always regarded as a popular place.

The big problem facing Pembroke Dock after World War Two was that the concept of military flying boats fairly quickly fell out of official favour, with no replacement for the Sunderland in sight. As a result activity became nothing like before, although Nos 201 and 230 Squadrons maintained a still strong presence from early 1949. Their disbandment on 28 February 1957 meant the end for their home and it rapidly fell to a Care and Maintenance state prior to closing altogether in March 1959. Two years later a single Sunderland returned for preservation and remained in place until going to the RAF Museum at Hendon in 1976.

Today it is very much all change at what has become a major ferry terminal but Pembroke Dock has not entirely disappeared. The two very rare B Type hangars have not only survived but are now officially listed, while there are a few lesser traces elsewhere nearby. Pembroke Dock’s marine airfield and associated personnel continue to be appreciated in different commemorative ways. 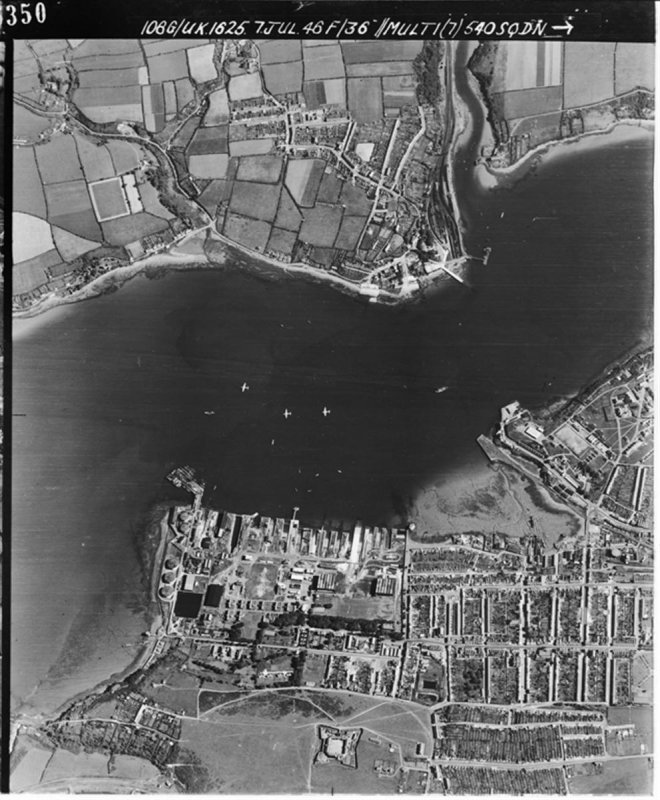 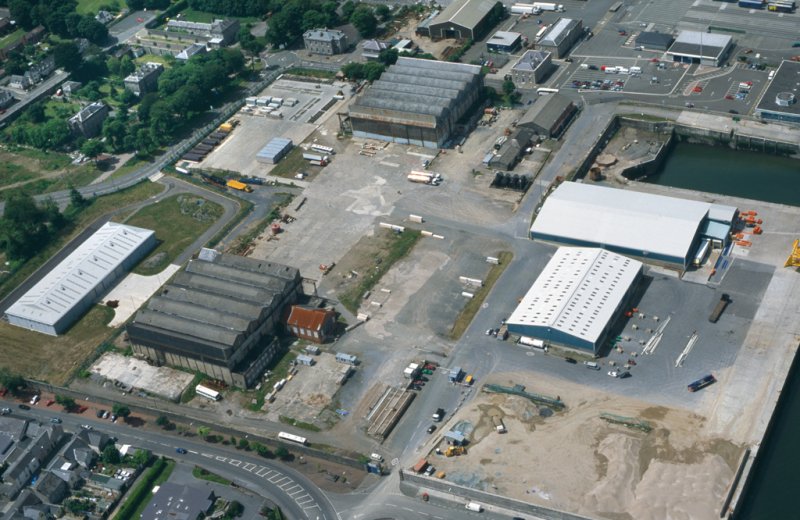 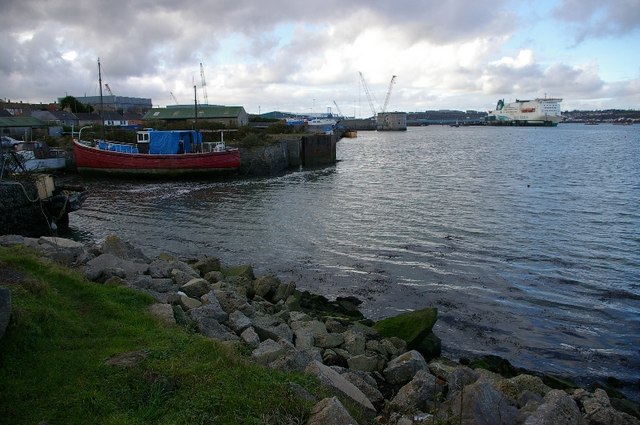 View of the former seaplane base at Pembroke Dock, including a B Type hangar, 27 January 2007. © john salter and licensed for reuse under this Creative Commons Licence 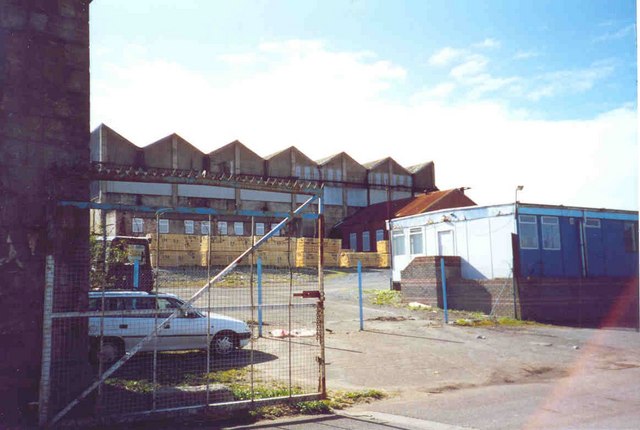 One of the B Type hangars at Pembroke Dock, 2002. © Ant Basterfield and licensed for reuse under this Creative Commons Licence 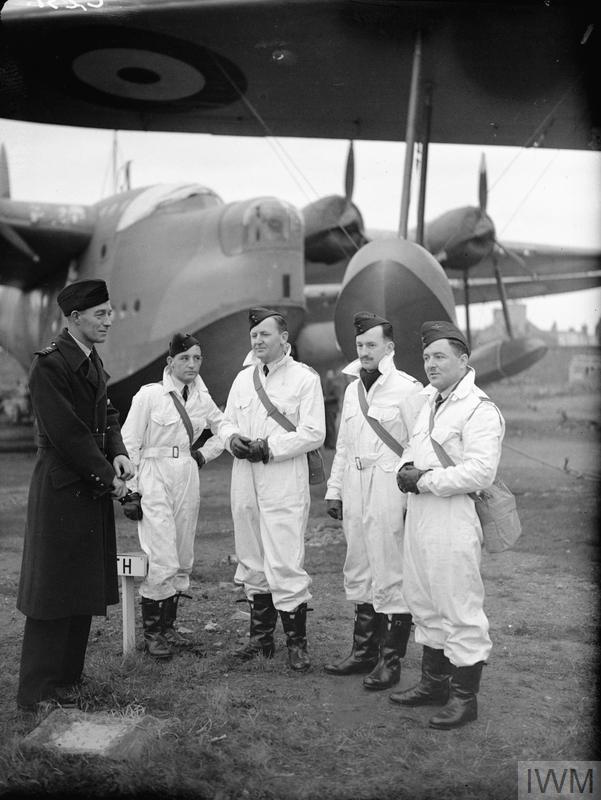 Australian officers speak in front of their Short Sunderlands at Pembroke Dock during the Second World War. © IWM (C 231) 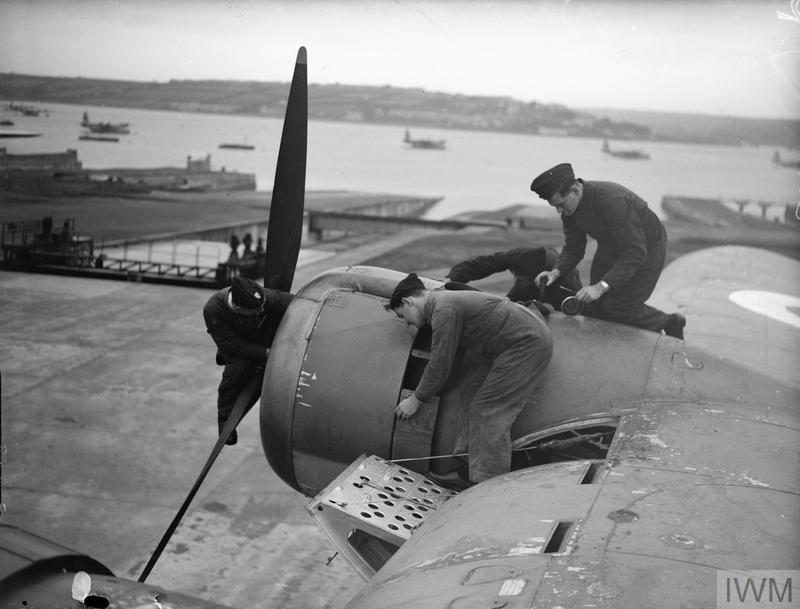 Airmen of No 10 Squadron RAAF working on a Short Sunderland Mark I at Pembroke Dock during the Second World War. © IWM (C 232) 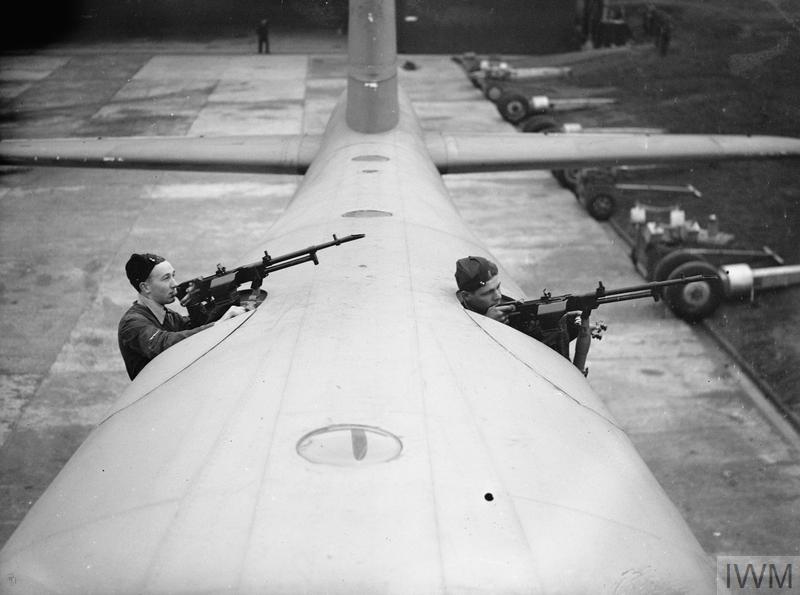 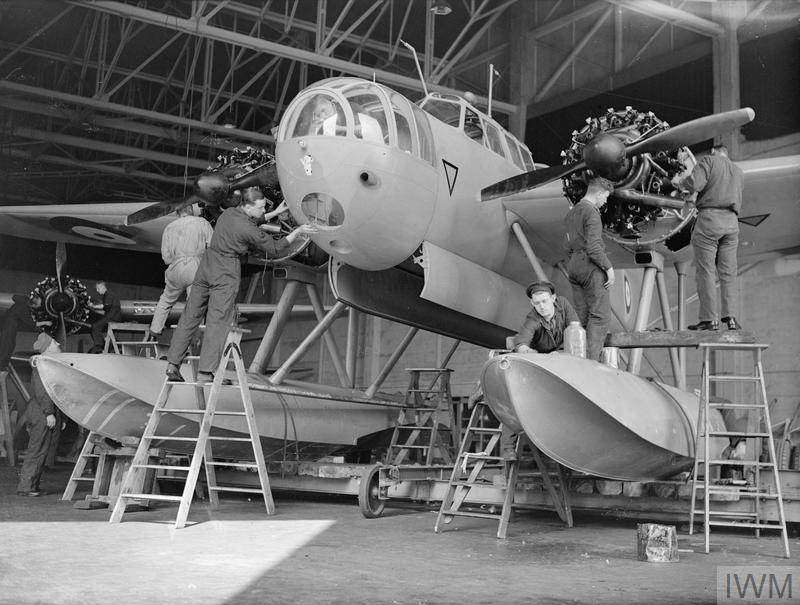 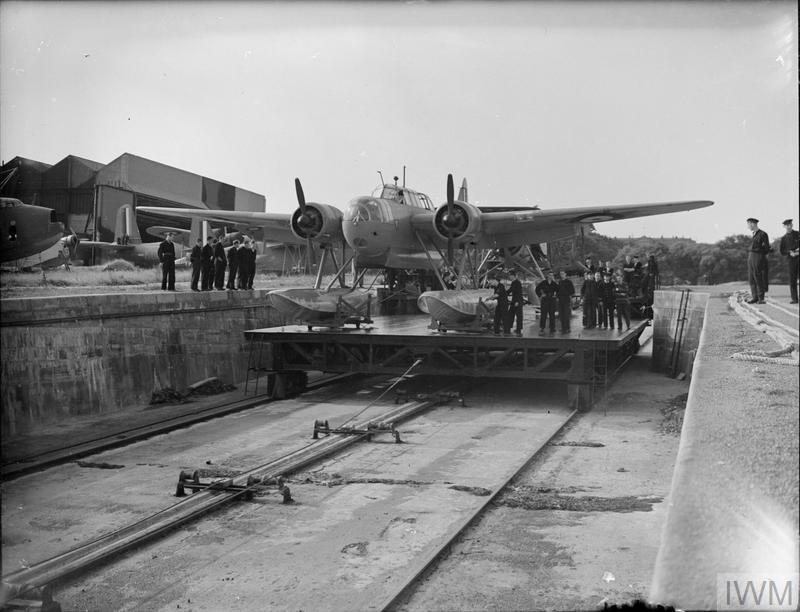 A Fokker T-VIIIW seaplane of No 320 (Dutch) Squadron RAF, being taken down to the water on a carrier at Pembroke Dock during the Second World War. © IWM (CH 1152) 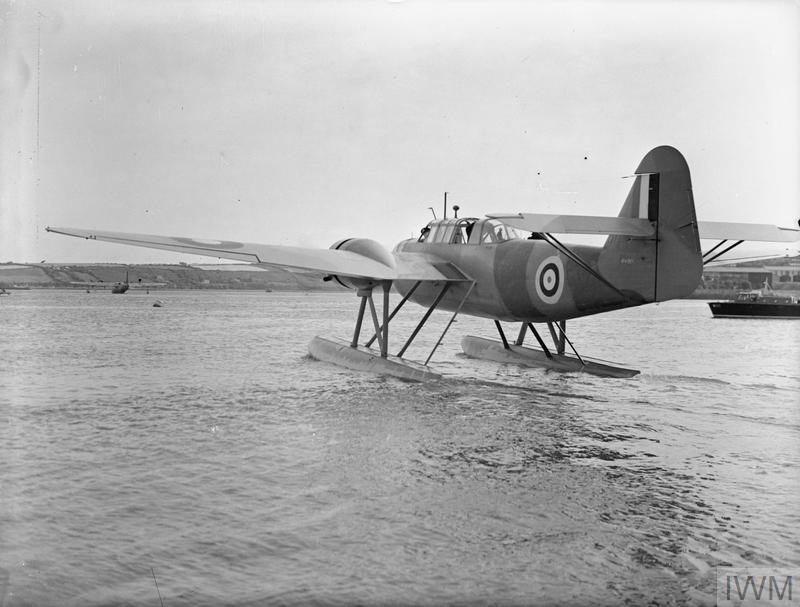 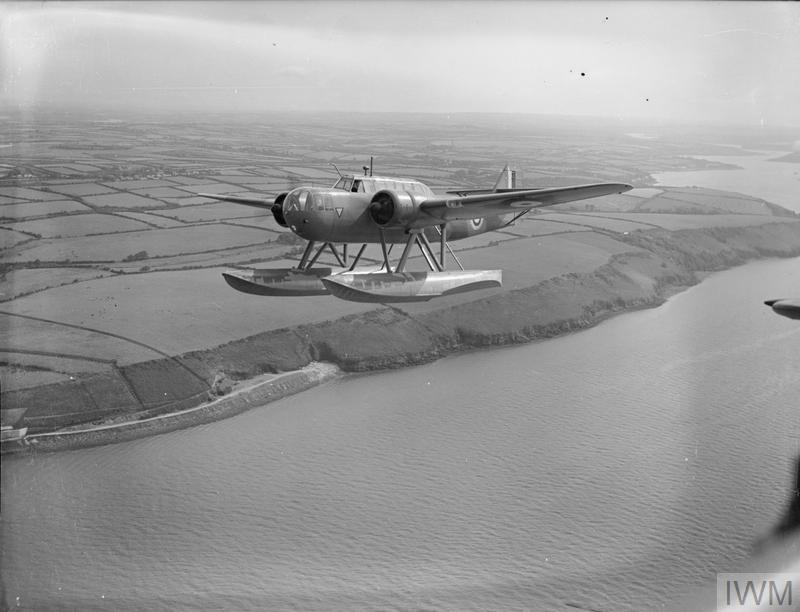 A Fokker T-VIIIW seaplane of No 320 (Dutch) Squadron RAF, flying west over Milford Haven after taking off from Pembroke Dock during the Second World War. © IWM (CH 1158) 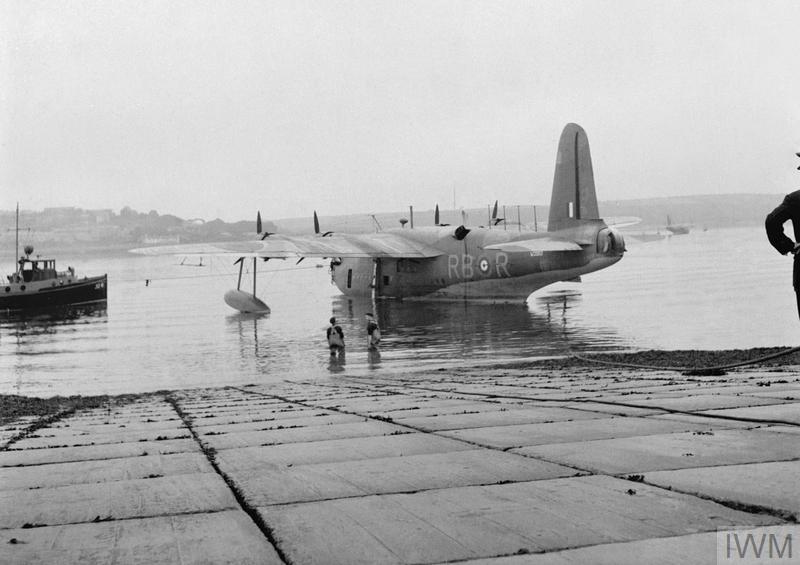 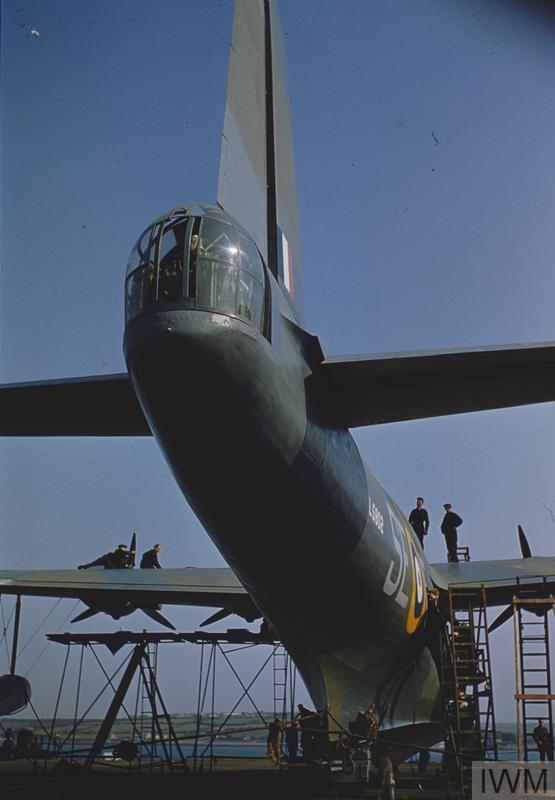