Royal Aircraft Factory FE2 variants fighters had New Holland available to them as a Home Defence landing ground during World War One. Avro 504Ks subsequently succeeded these aircraft in the summer of 1918 and remained in service after the end of fighting. New Holland was later notified for relinquishment in August 1919 but had an unusual later stage in its career by being earmarked as a civil airfield during 1919. No firm plans or especially activity ever emerged and the site finally officially closed in January 1920.

Photograph of the plaque at New Holland, 2019. Courtesy of New Holland Parish Council 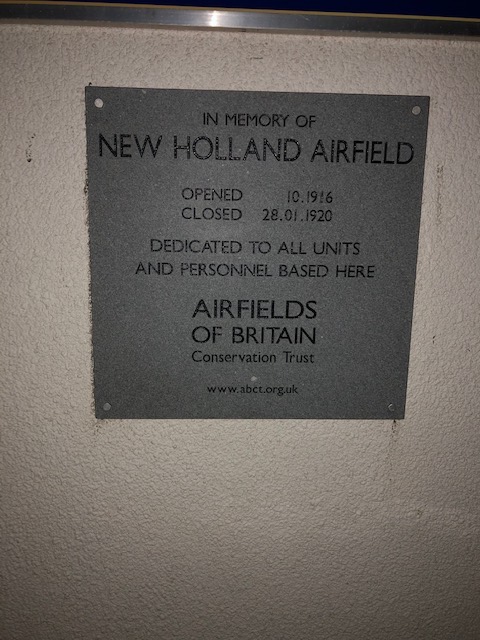