Madley in Herefordshire was best known as a site for training wireless operators during the Second World War. It was for this purpose that the site was requisitioned for development in October 1940, with the airfield officially opening on 27 August 1941. A detachment from No 8 Anti-Aircraft Co-operation Unit at Pengam Moors (Cardiff II) used Madley in a limited sense from July 1941, and continued to about the start of 1943, later split between here and Shobdon. Aircraft operated included Westland Lysanders.

The primary role for Madley began when No 4 Signals School formed in August 1941 to provide training for radio operators using Percival Proctor and de Havilland Dominie aircraft. By the end of December 1941 the airfield was home to over 1400 airmen and staff. After being renamed No 4 Radio School on 1 January 1943, over 4000 radio operators were trained at Madley before the school moved to Swanton Morley in December 1946.

Madley's location, relatively close to the Black Mountains and Brecon Beacons, meant that there were sadly many accidents nearby. These occurrences meant that by 1944, a full time Mountain Rescue Unit had been formed at the site. The unit was responsible for accidents that involved Madley-based aircraft, as well as any other incident in Breconshire, Herefordshire, Monmouthshire and Radnorshire.

Following the departure of the Radio School, Madley continued to be used by No 50 Gliding School, flying cadet gliders from January 1946 for a year. The airfield also had an unlikely encounter with Rudolf Hess, Hitler’s Deputy Führer between 1933 and 1941, when he flew solo to Scotland, in an apparent attempt to negotiate peace with the Duke of Hamilton. After being arrested and held in custody for the remainder of the war, he was flown out of Madley on 8 October 1945, standing trial at Nuremberg in 1946. The airfield was abandoned by RAF Technical Training Command in April 1948, but was returned to use, this time by RAF Hartlebury's No 25 Maintenance Unit, as a storage sub-site between April 1952 and 30 March 1954.

A large amount of the airfield survives, with part of the runways and perimeter track remaining mostly intact. The runways had graduated during World War Two from grass, to metal Sommerfield Track, to paved. Some hangars also remain and three Hinaidi and two Callender-Hamilton hangars are now used for industrial duties. The most obvious occupier of the site is British Telecom, with the satellites of its Earth Station occupying a large part of the airfield. A group of volunteers formed the Madley Environmental Study Centre in 2001, using an area of wetland, grassland and woodland on the airfield site, leased from British Telecom. The aim of the centre is to provide education in all aspects of natural history and conservation, for people of all ages. Their efforts to remember the airfield and those that served there include a sculpture of a Dominie, unveiled at the site in 2005.

Photographs and video from the memorial unveiling at Madley on 26th May 2018: 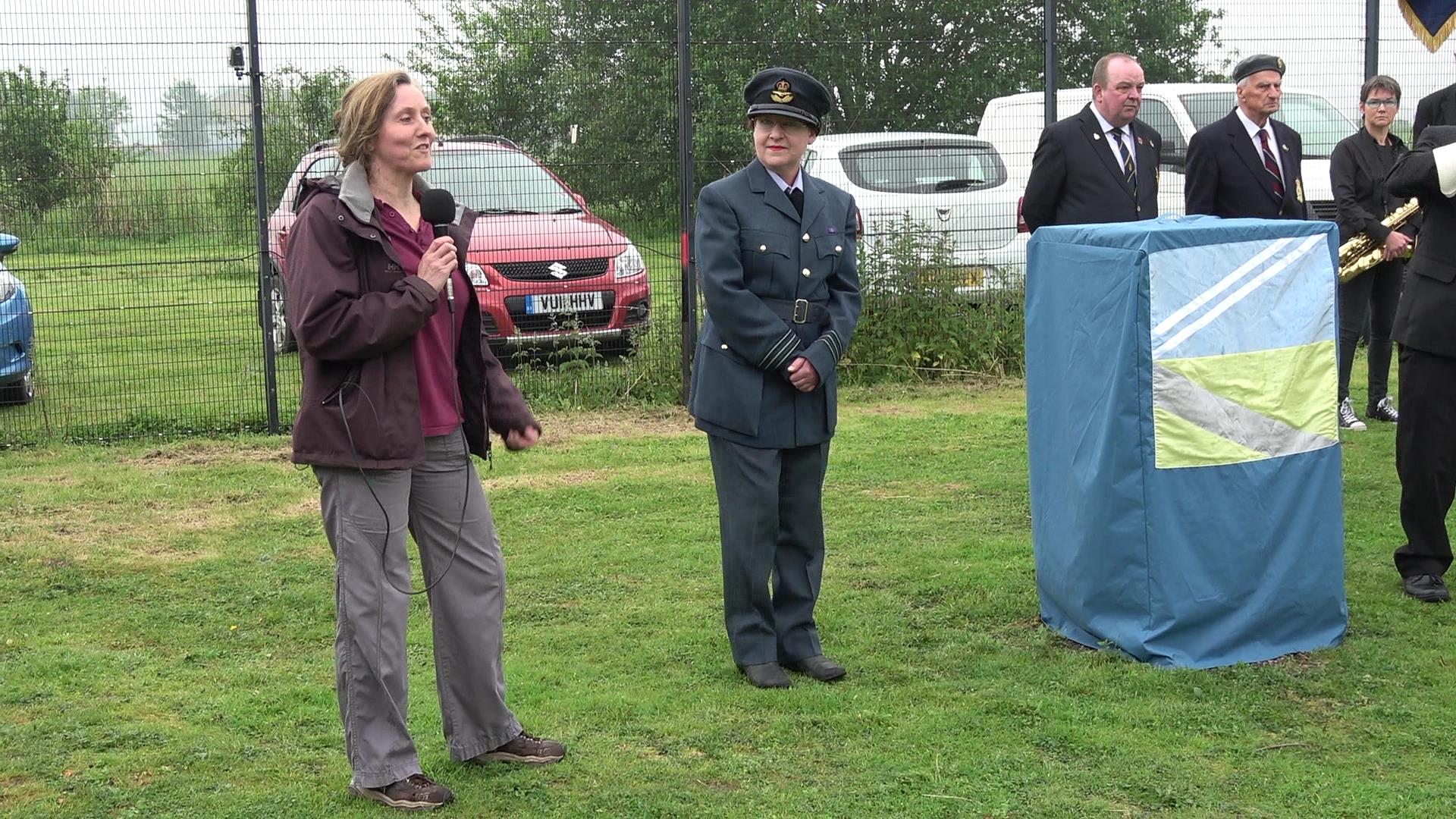 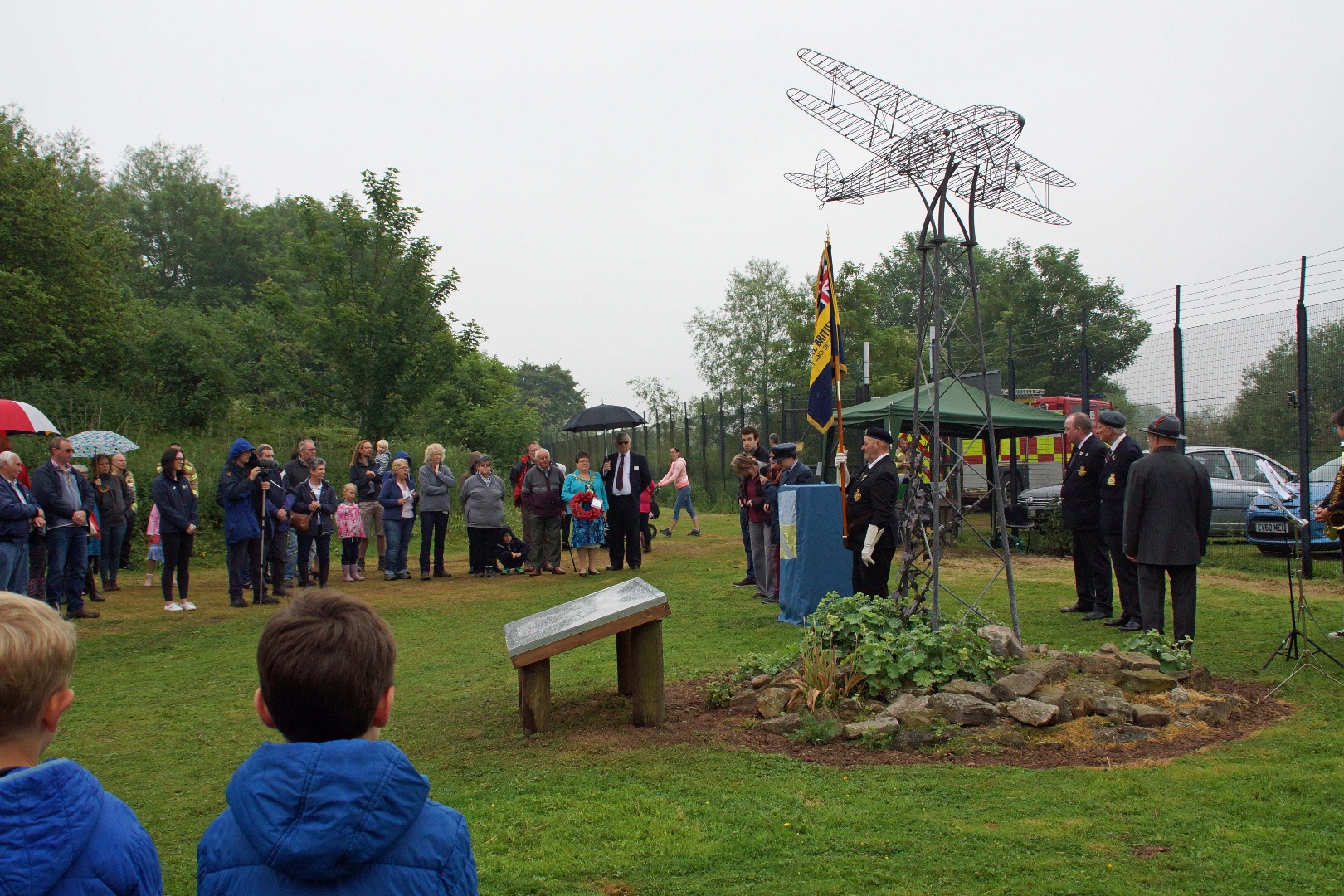 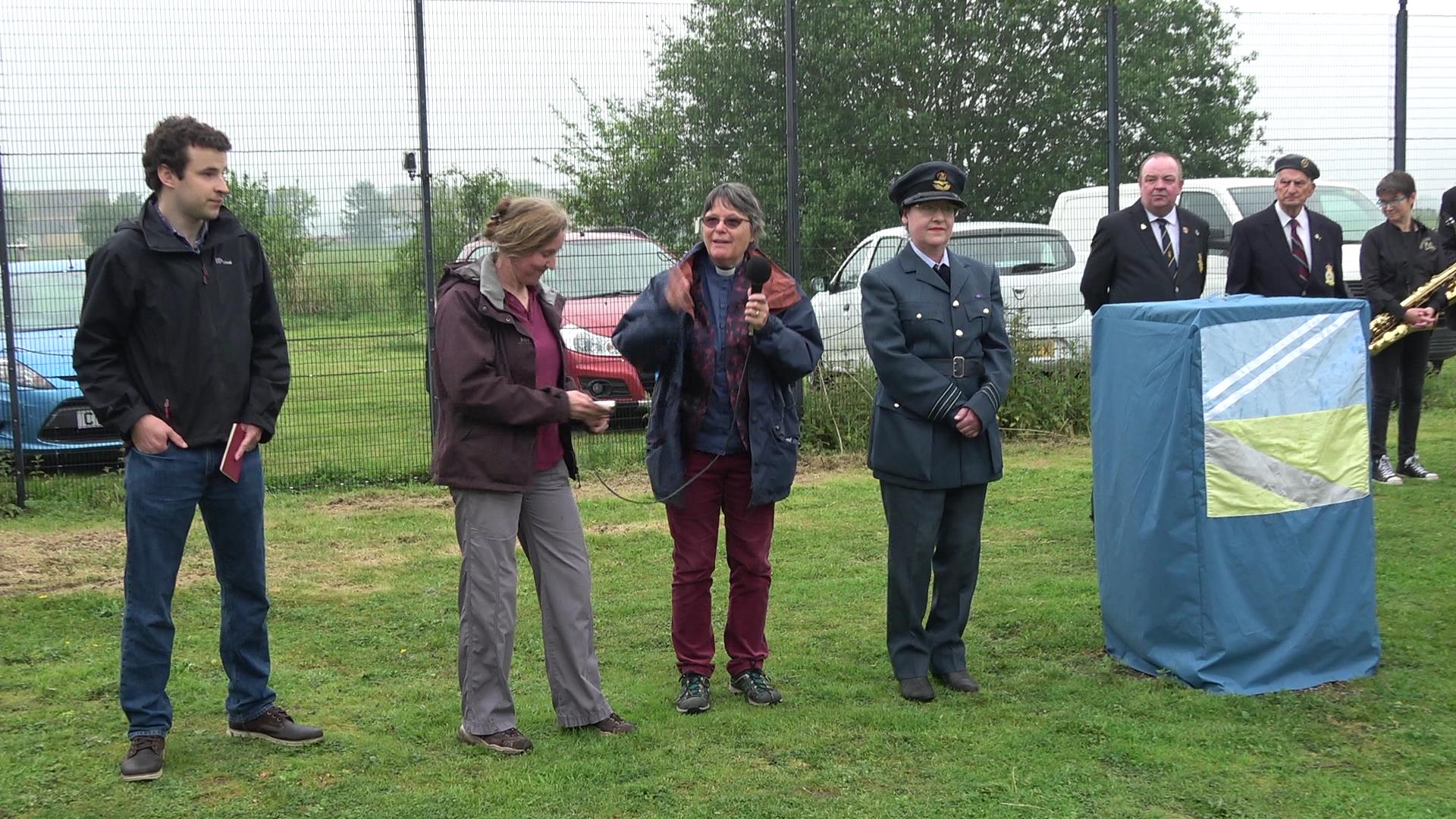 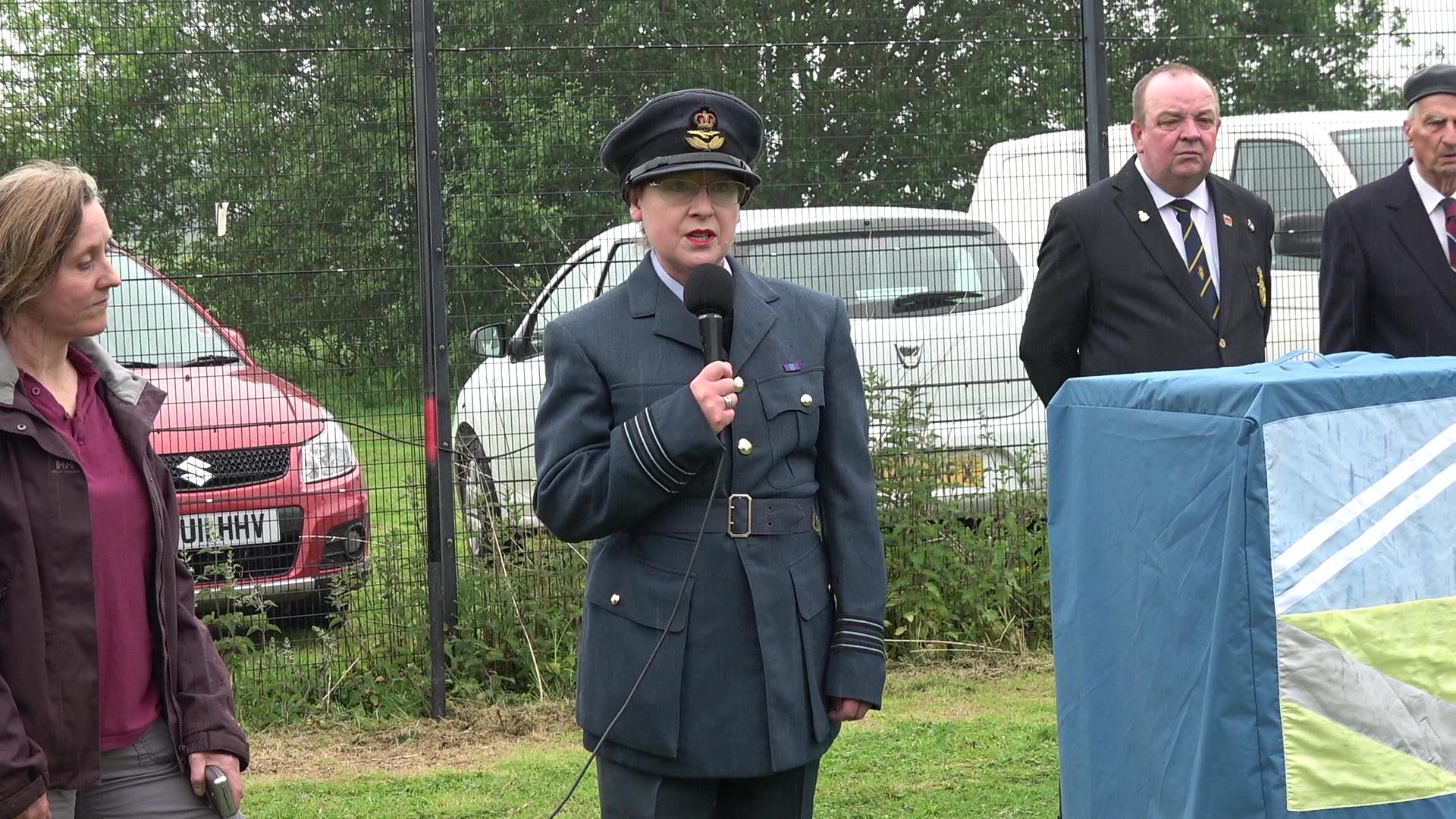 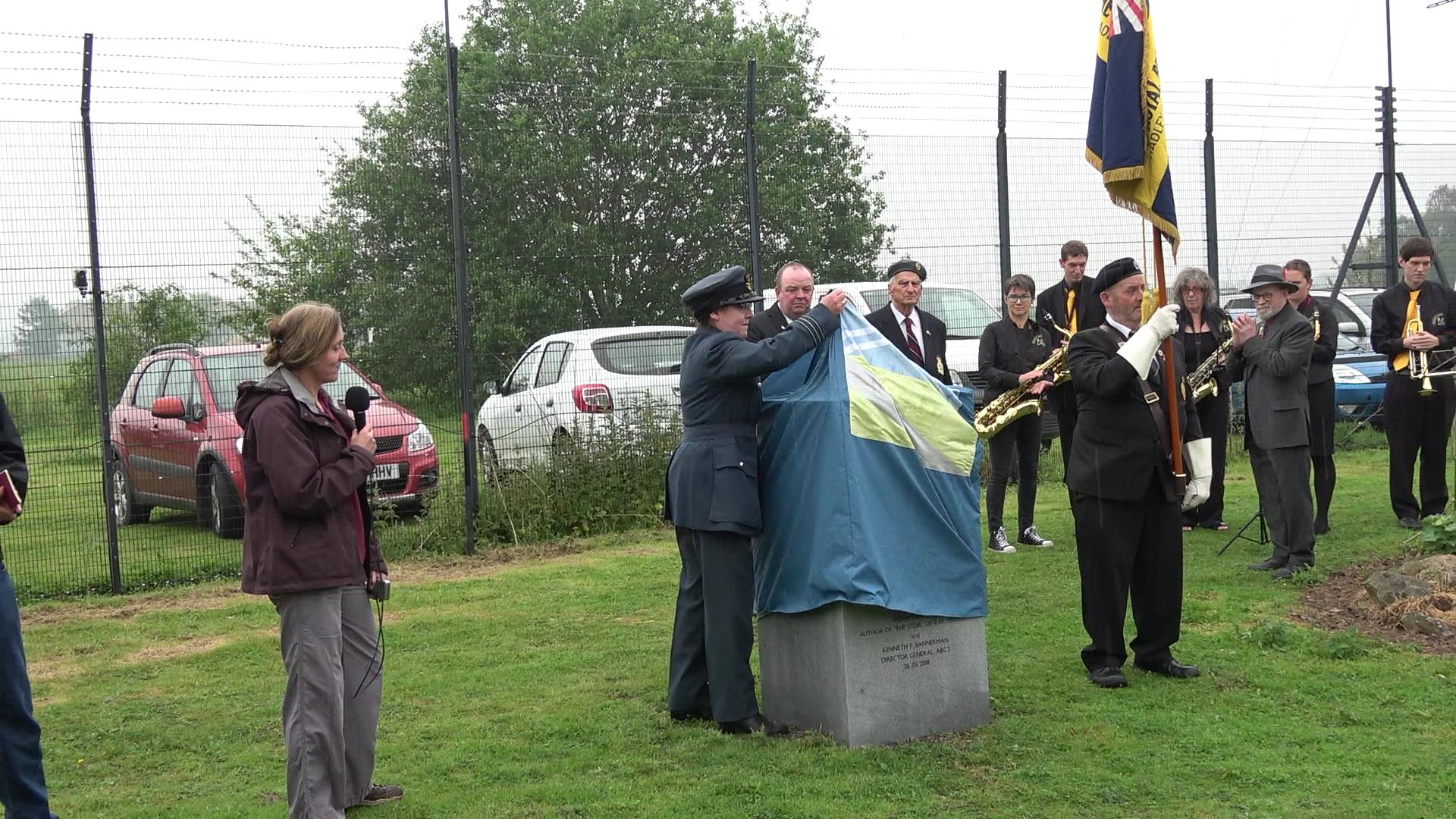 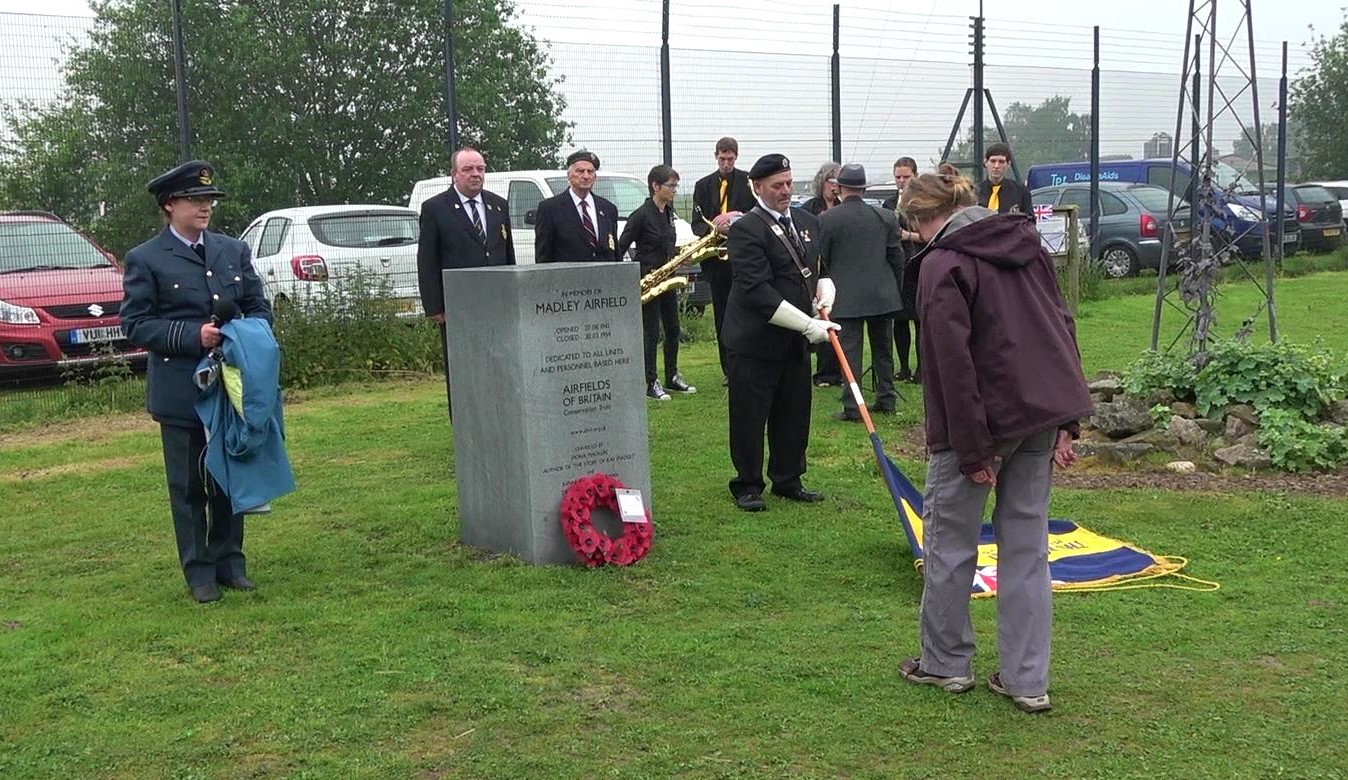 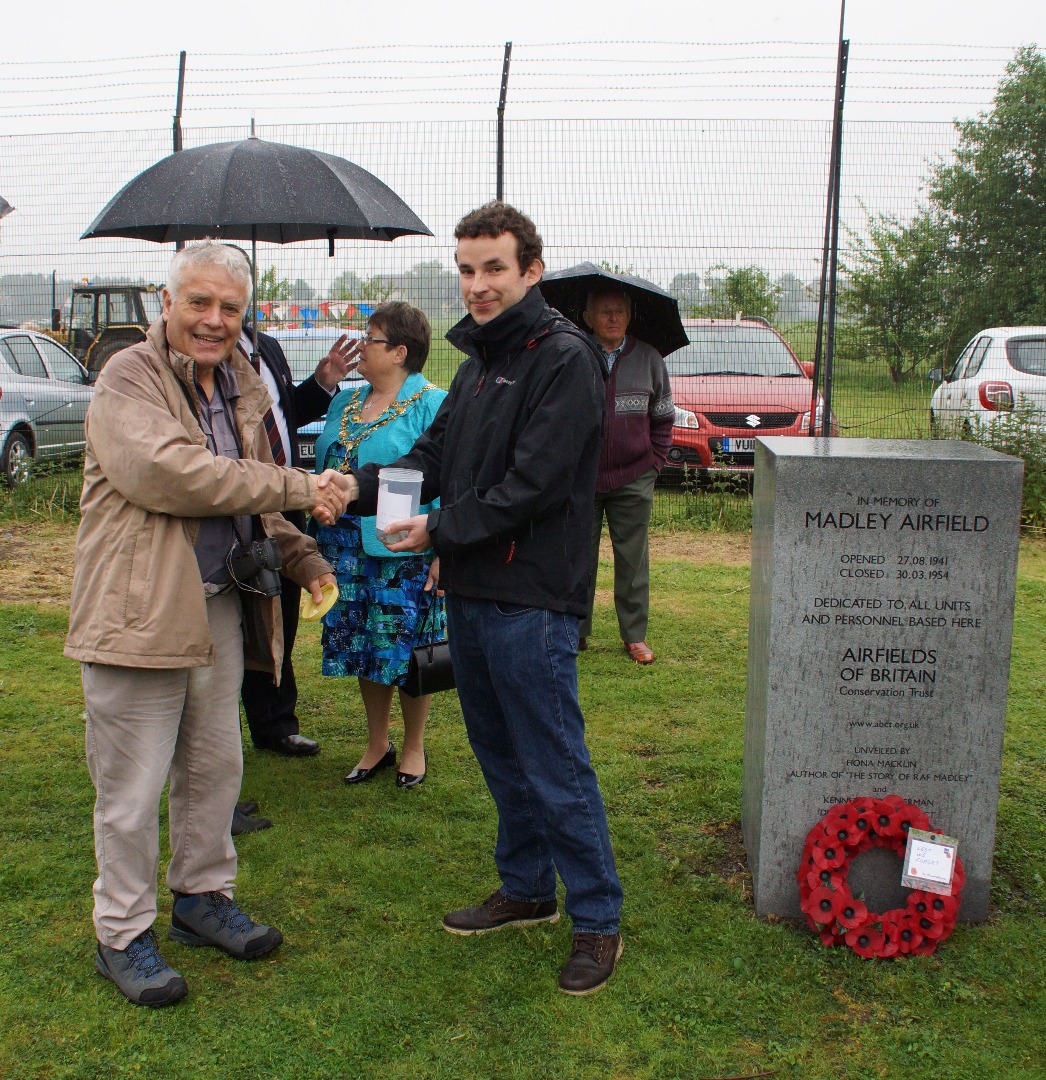 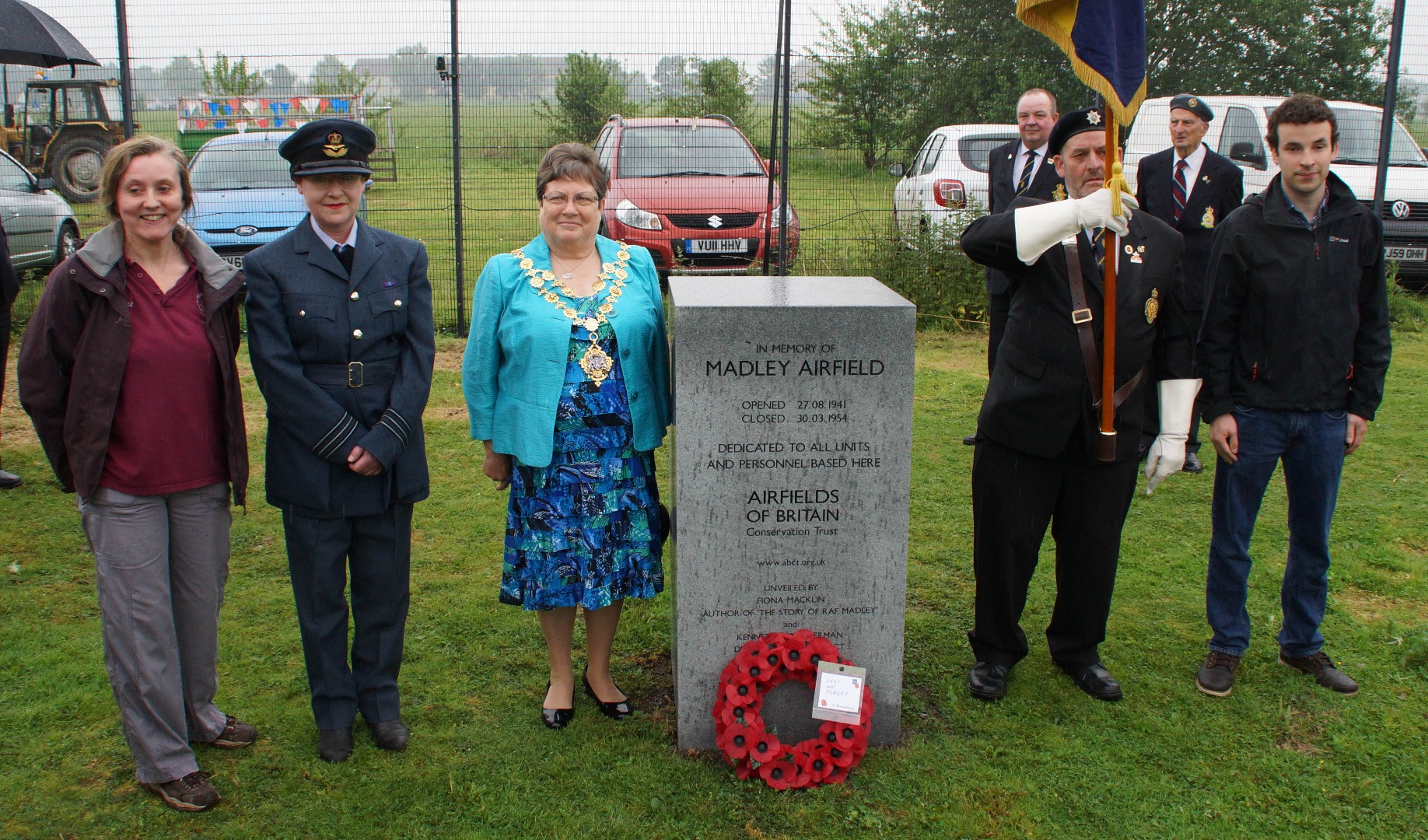 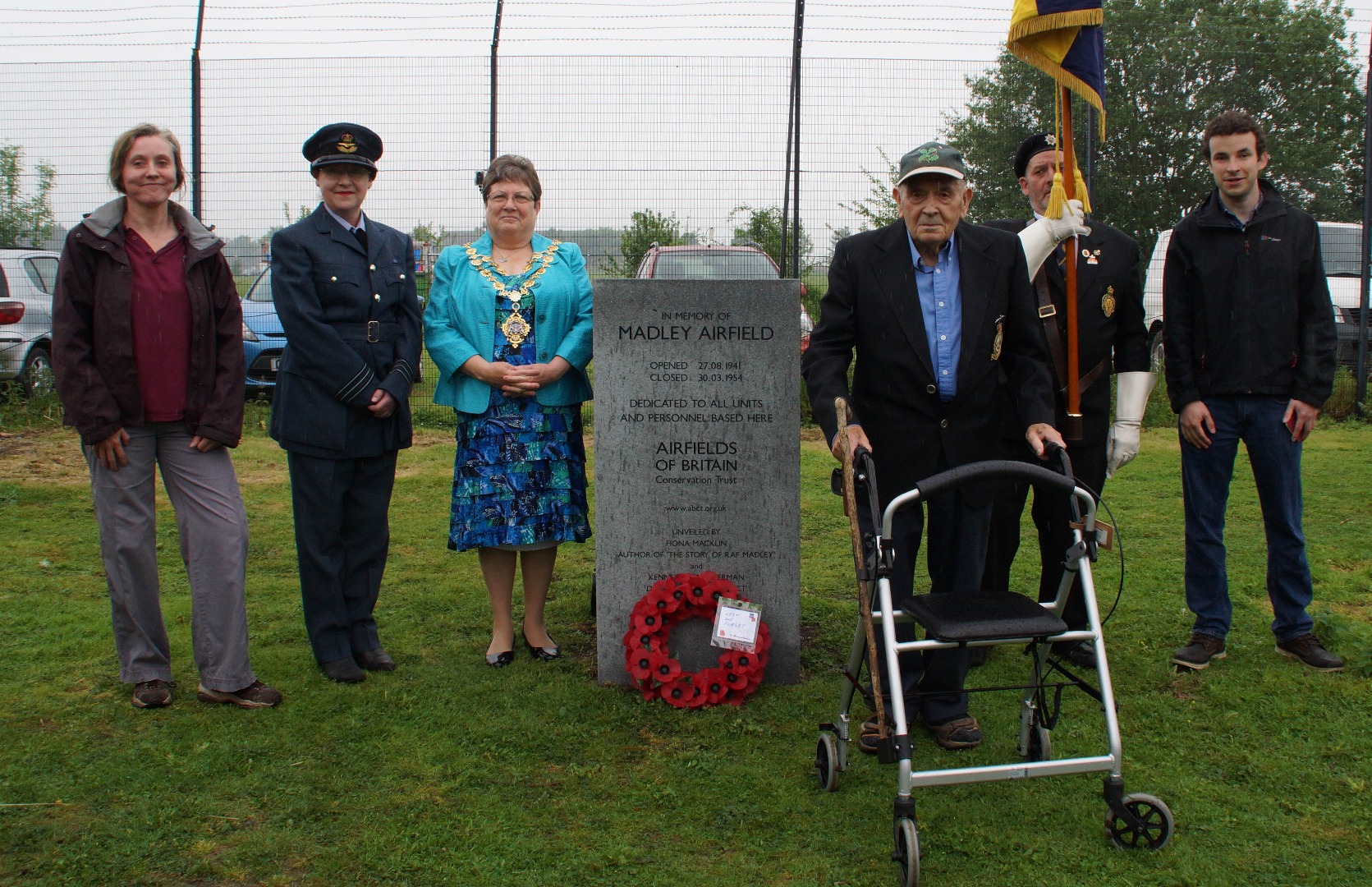 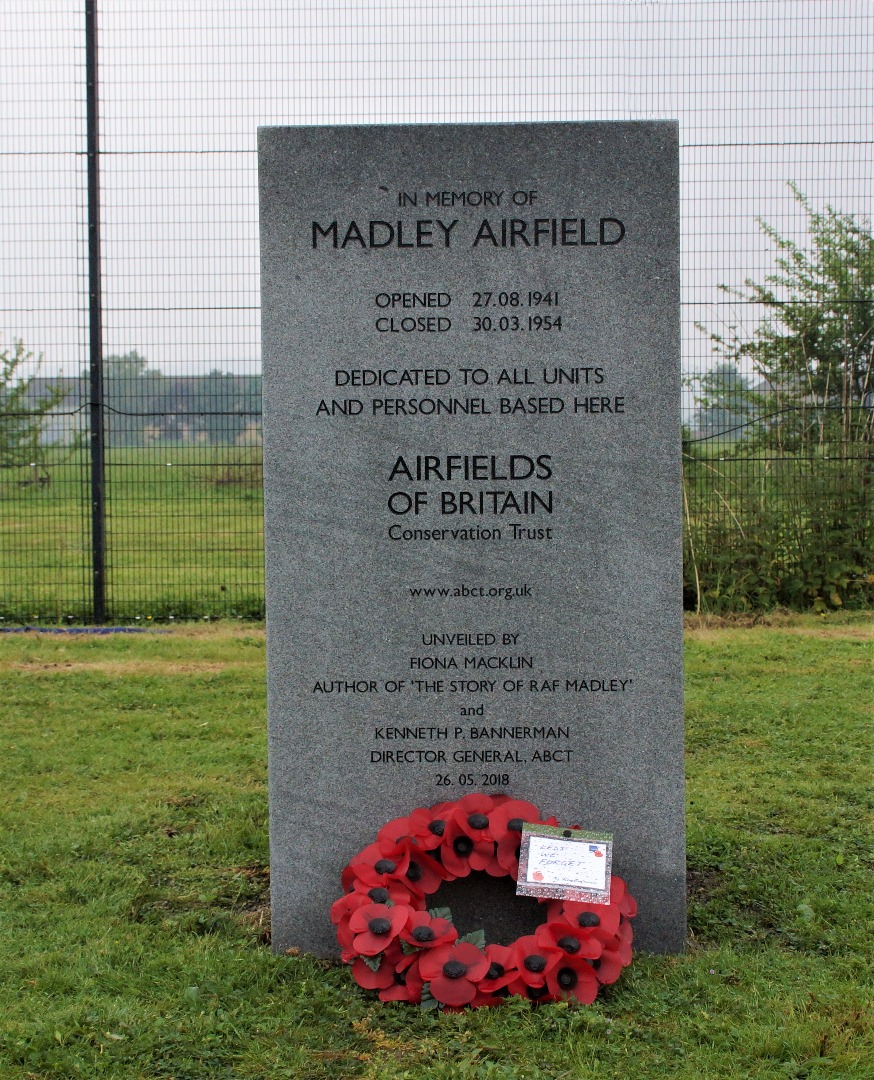 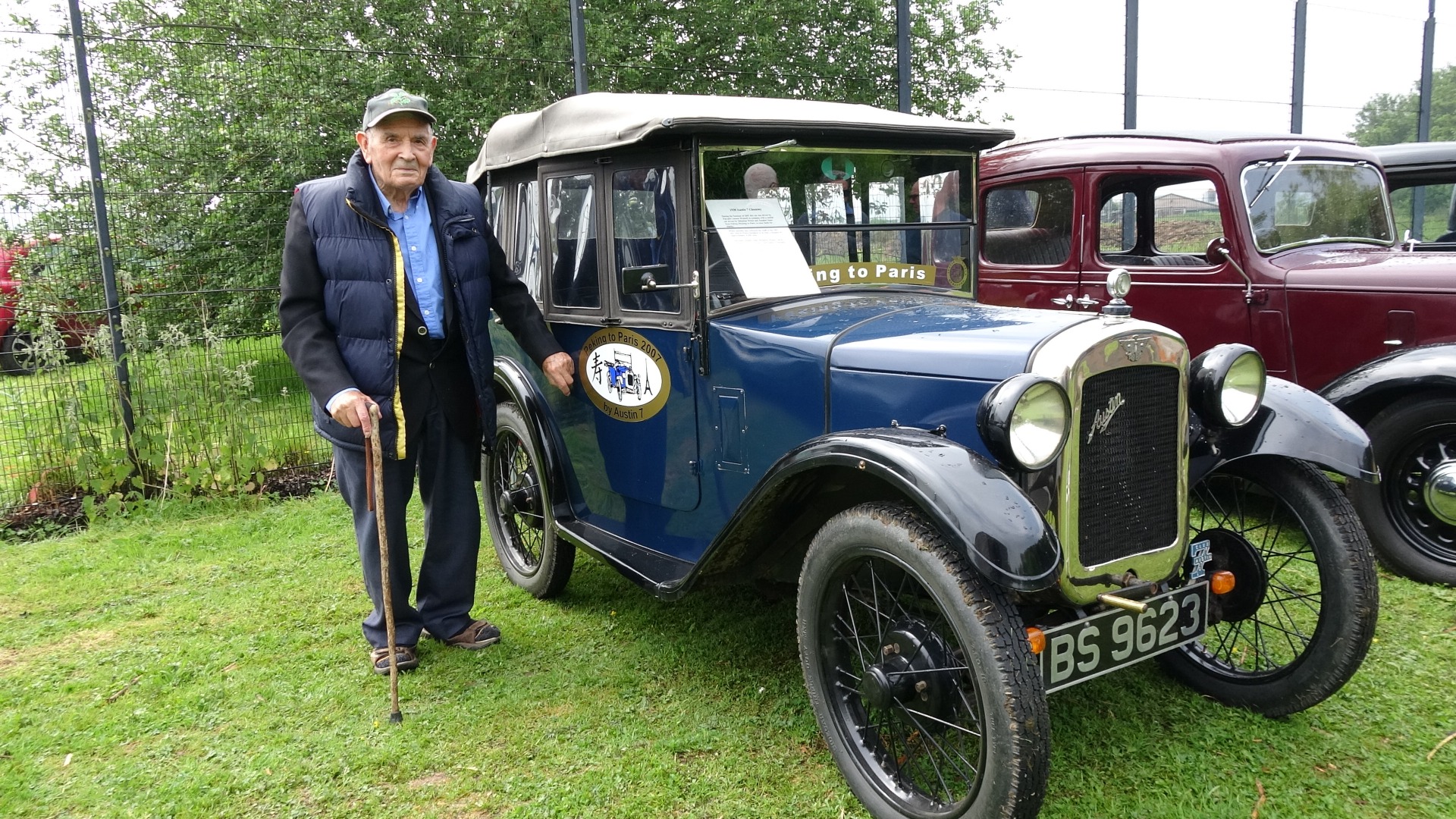 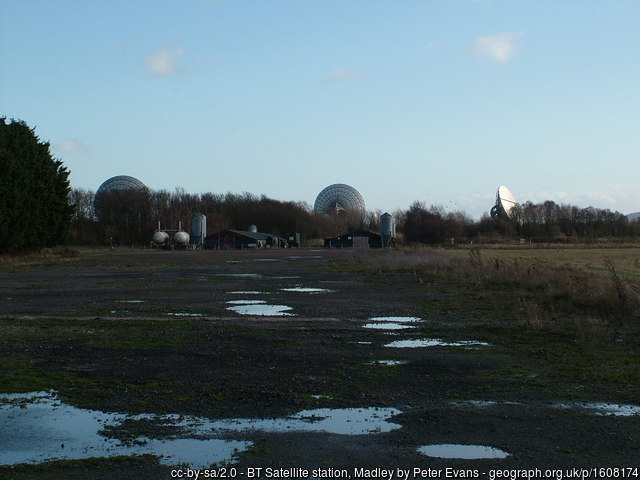 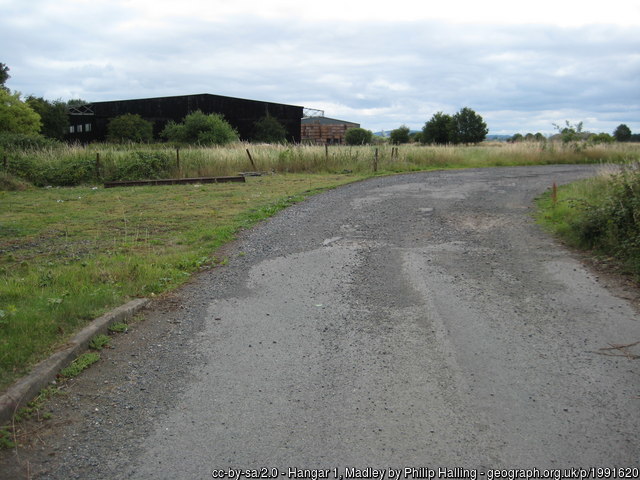 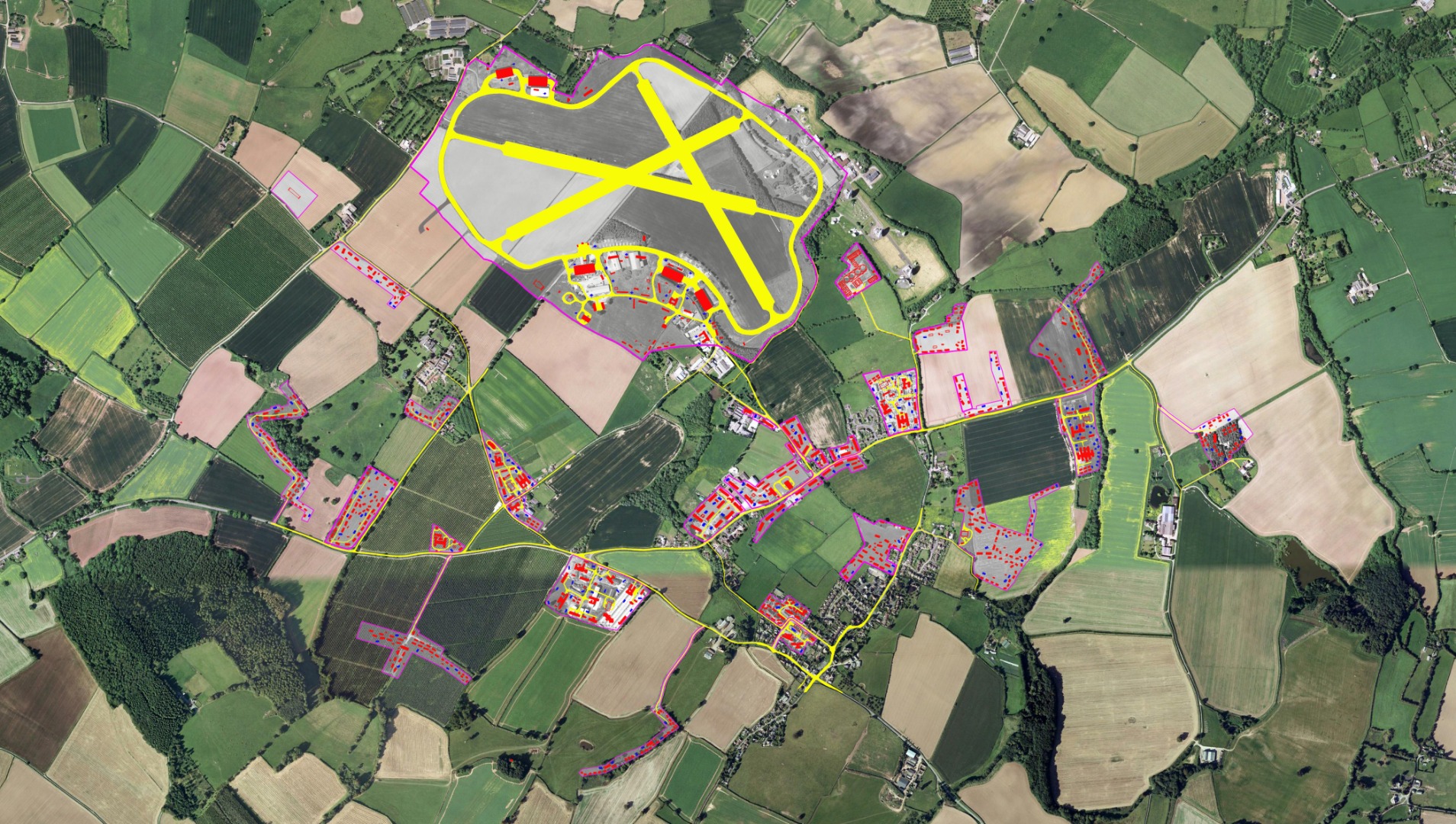