Many thousands of people owe their lives to the RAF Mountain Rescue Service. Flight Lieutenant George Graham established the first organised unit in the opening months of 1943 at Llandwrog.

Llandwrog’s military career began in July 1941 with the formation of No 9 Air Gunners School. Shortly before it disbanded in June 1942, the separate No 9 Air Observers School (AOS) was renamed as No 9 (Observers) Advanced Flying Unit (AFU). The AOS had as its parent airfield Penrhos, a Flight being positioned at its satellite. Llandwrog continued in this capacity for the new resident until the AFU ceased on 14 June 1945. In earlier stages of its stay this unit employed a mixture of aircraft types, such as Bristol Blenheims and Westland Lysanders, before concentrating upon Avro Ansons.

Aside from being the site of pioneering RAF mountain rescue efforts, post-war between July 1946 and October 1956 Llandwrog became a key part of Operations Dismal and Sandcastle. Storing and disposing of many thousands of tons of captured German bombs was a significant job in itself but these weapons contained the lethal nerve agent Tabun, and problems in dealing with them eventually necessitated the bombs being dumped in the Atlantic Ocean.

Once this task had been completed, the airfield became inactive on 12 November 1956, yet there would be another unexpected development in its life with the appearance of civil general aviation from the end of the 1960s. Initially due to the investiture of the Prince of Wales at Caernarvon, light aircraft afterwards gradually appeared at Llandwrog in greater numbers and the airfield gained a full operating licence in 1976, adopting the nearby town as its primary name. Since then the airfield has via several owners kept steadily busy, what with also air ambulance and museum use. Bristow also began one of its Search and Rescue helicopter operations here during 2015. Many World War Two buildings have been demolished but new structures have been built, ensuring that Llandwrog looks to have at least a fairly healthy future. 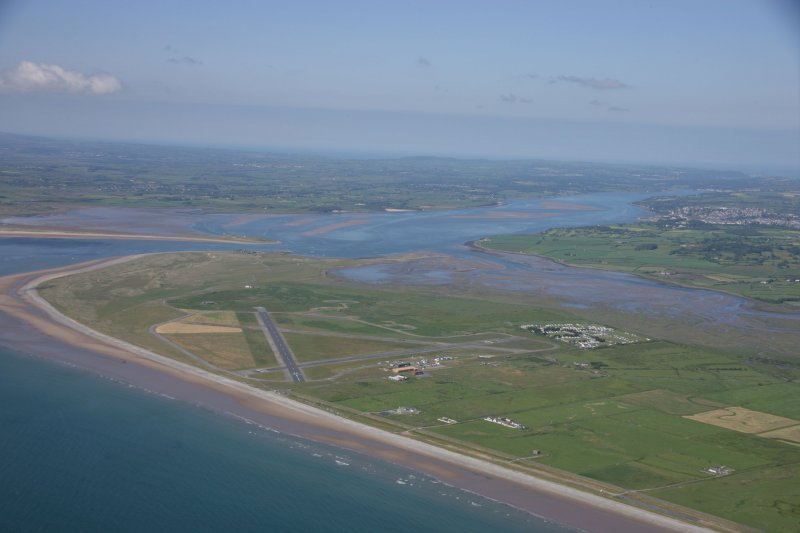 Aerial photograph of Llandwrog (Caernarfon) airfield from the south-west by Toby Driver, 14 June 2006. © Crown copyright: Royal Commission on the Ancient and Historical Monuments of Wales. 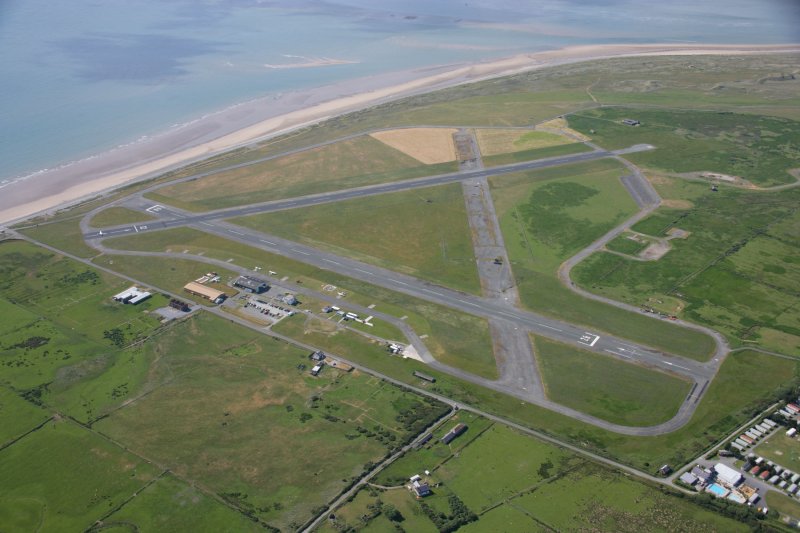 Aerial photograph of Llandwrog (Caernarfon) airfield from the south-east by Toby Driver, 14 June 2006. © Crown copyright: Royal Commission on the Ancient and Historical Monuments of Wales. 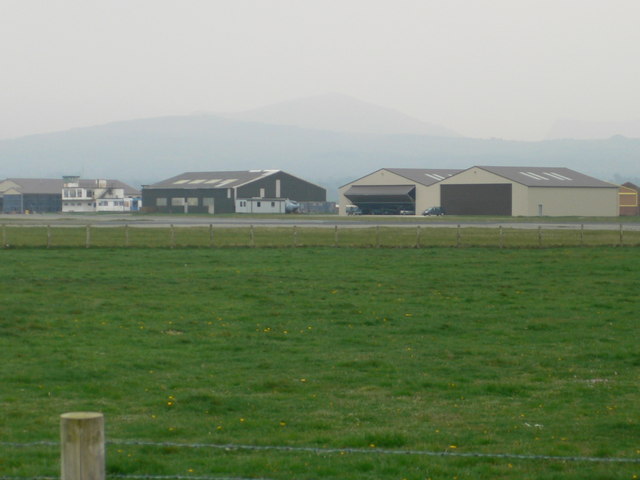 View of the hangars at Llandwrog, 24 April 2009. © Eirian Evans and licensed for reuse under this Creative Commons Licence 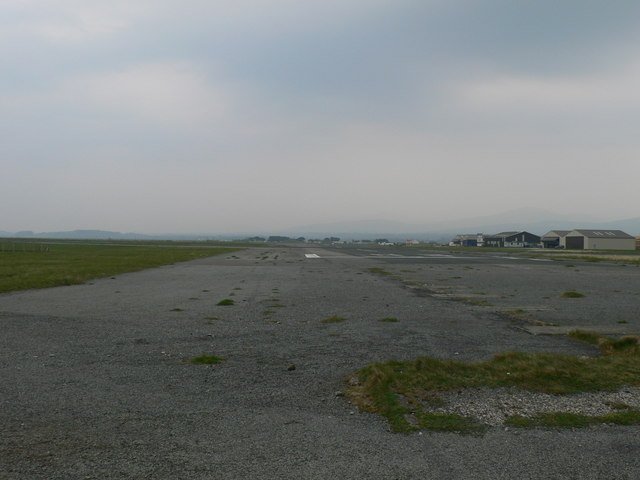 Looking down one of the runways at Llandwrog, 24 April 2009. © Eirian Evans and licensed for reuse under this Creative Commons Licence 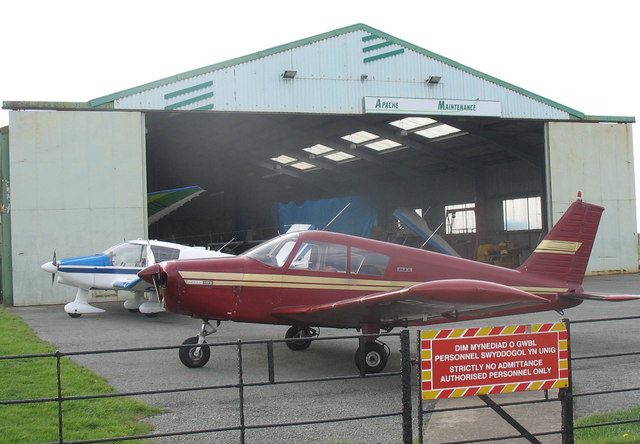 An aircraft maintenance hangar at Llandwrog, 22 September 2006. © Eric Jones and licensed for reuse under this Creative Commons Licence 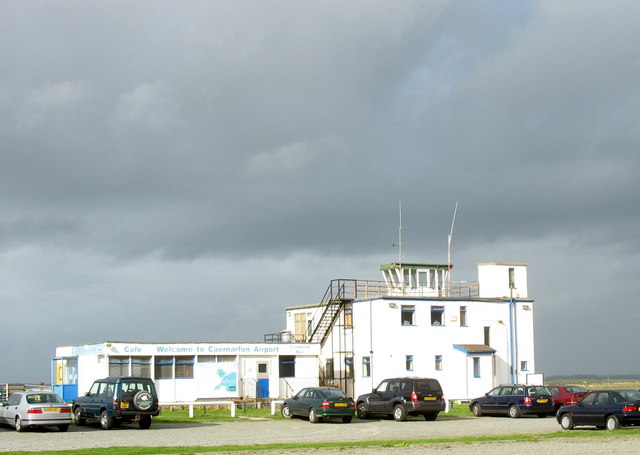 The control tower after redevelopment, 6 October 2006. © Eric Jones and licensed for reuse under this Creative Commons Licence 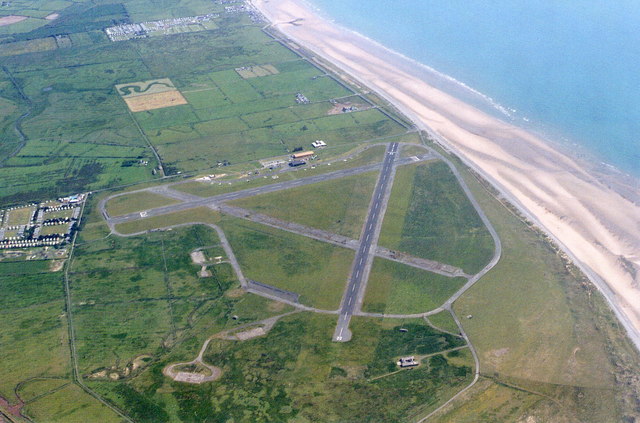 Aerial photograph of Llandwrog, 13 June 2003. © Chris and licensed for reuse under this Creative Commons Licence 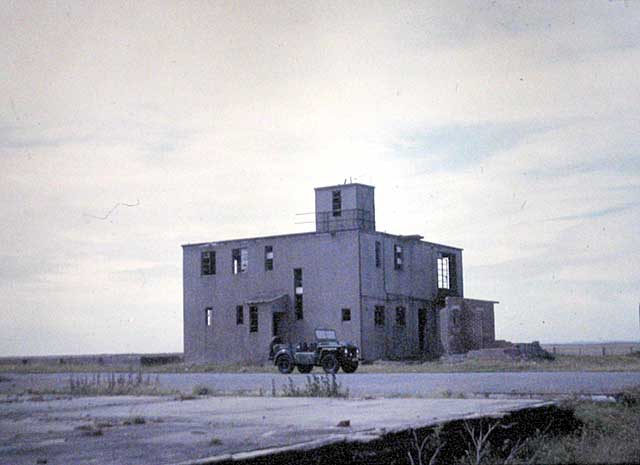 The Second World War control tower as it looked in 1965. © Angus McCulloch and licensed for reuse under this Creative Commons Licence