Killadeas, sandwiched between Castle Archdale to the north and St. Angelo to the south, was a flying boat base originally intended for use by the US Navy. It was a large site, designed to support four squadrons of Consolidated Catalinas, but first used by RAF Catalinas of No 240 Squadron from the end of March 1941. This was always viewed as a temporary measure, pending the full development of nearby Lough Erne, as Castle Archdale was then referred to, to where the squadron moved the following August. In the event the US Navy never appeared, and the whole flying boat and supportive maintenance areas were handed to the RAF in the summer of 1942, while the Americans used other parts of the site but for their Army forces.

Coastal Command took control during 1942 and Killadeas became a major flying boat training airfield with No 131 (Coastal) Operational Training Unit forming in July. Flying more Catalinas, aircraft numbers increased throughout 1943, with the OTU assuming responsibility for training of this type from No 4 (Coastal) OTU in October. Having arrived in May 1944, February 1945 saw the Short Sunderlands used leave, which in turn necessitated Boa Island being used as a satellite airfield, prior to the OTU disbanding in the summer due to the Catalina being taken out of RAF service.

Other wartime units at Killadeas included a detachment of Coastal Command Flying Instructors School between February and June 1945 to carry out more flying boat training. No 302 Ferry Training Unit also fully spent a few months here around this time, ground personnel being based at St. Angelo. This landplane airfield had already long helped out Killadeas in various capacities, such as the original Station HQ existing there while No 131 (Coastal) OTU awaited more accommodation.

This airfield was subsequently identified as a storage site for flying boats from August 1945, with the formation of No 272 Maintenance Unit. St. Angelo was used as a sub-site but the Maintenance Unit was short-lived and disbanded in February 1947. Maintenance Command then needed a little more time until May to fully close Killadeas and dispose of its contents.

The majority of the wartime buildings at the site have been demolished, although concrete hard standings, slipways and a few other structures such as one hangar do still survive. Killadeas possessed several unusual nose hangars that were put up for sale in 1949. Lough Erne Yacht Club has used the site since the 1950s and the manor house that was eventually used as the Station Headquarters is now a hotel.

Photographs and video of the memorial unveiling at Killadeas, 26th October 2019: 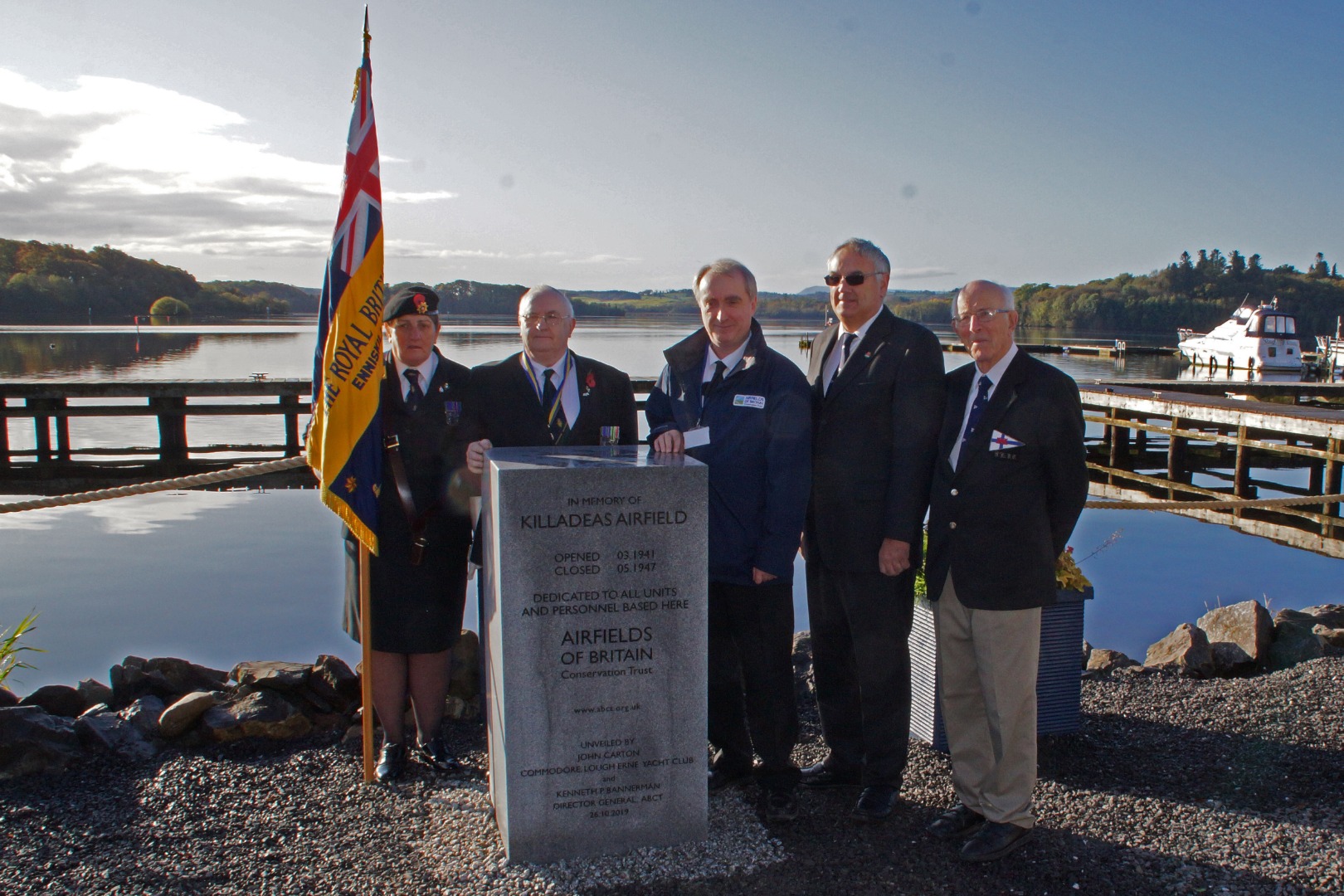 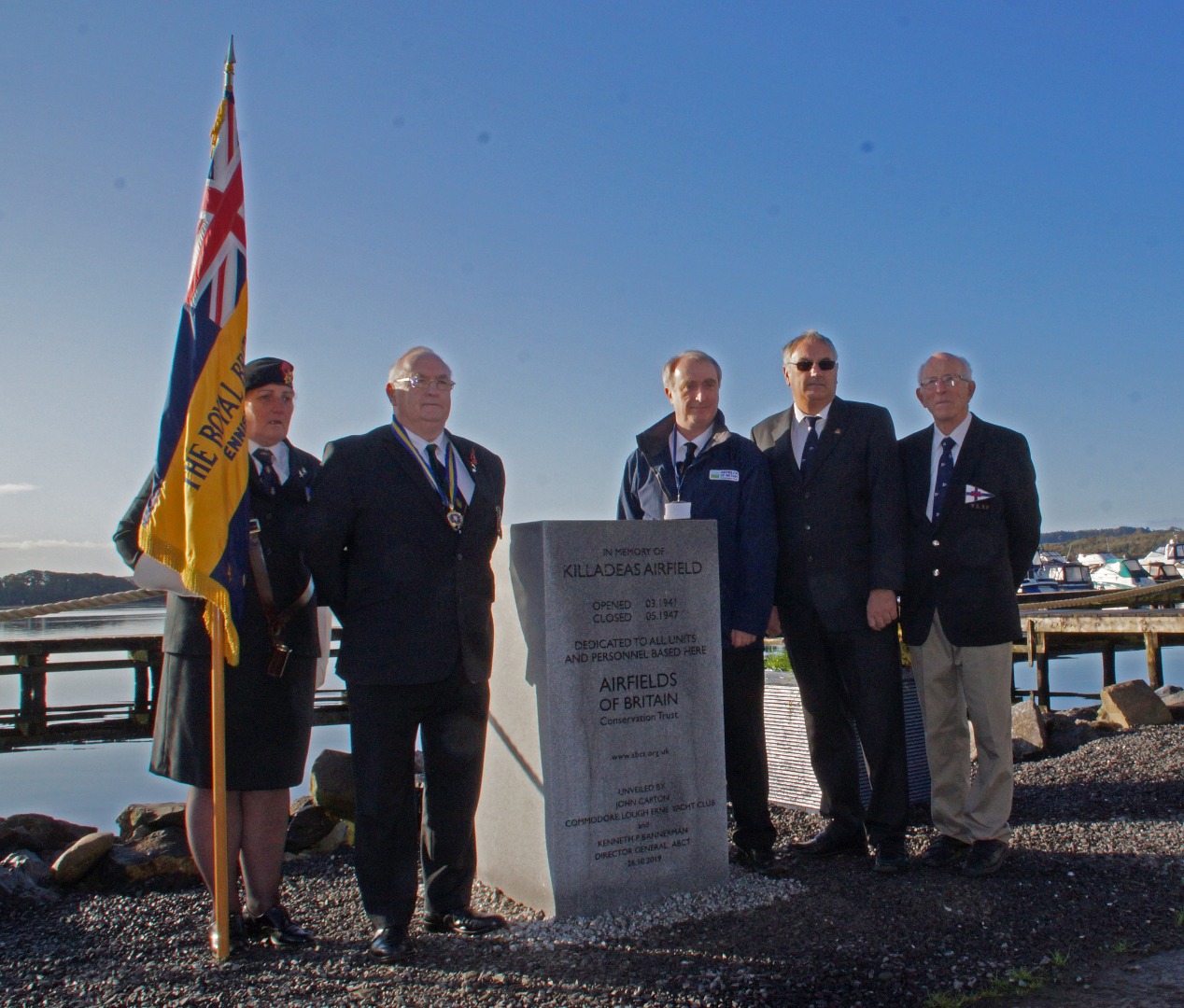 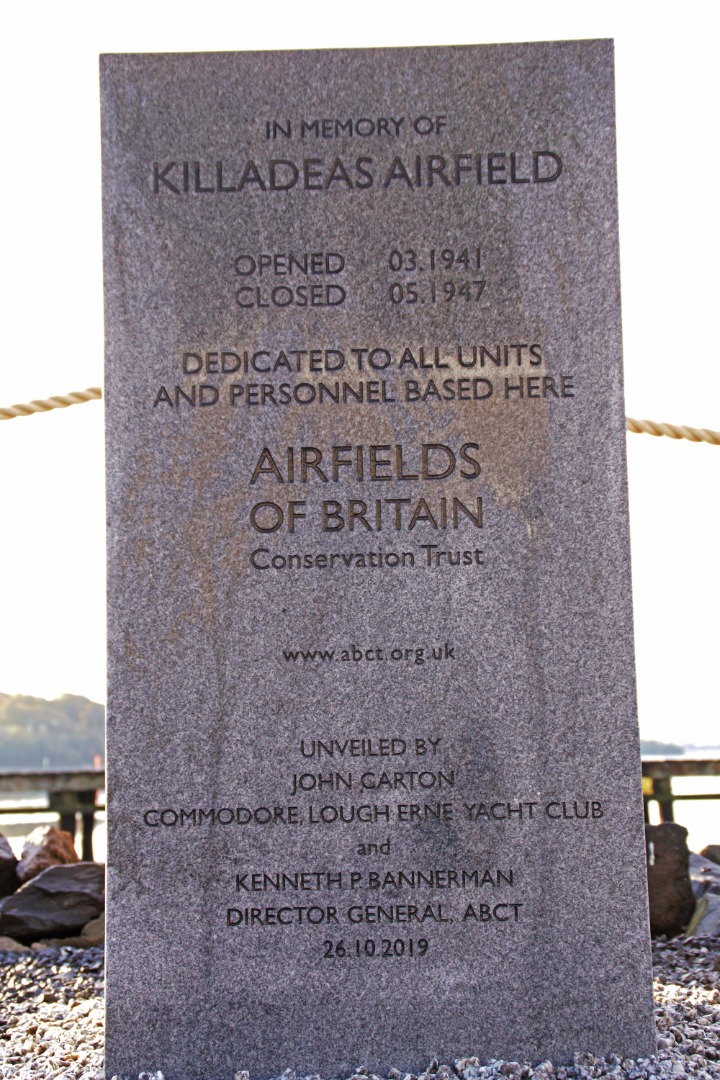 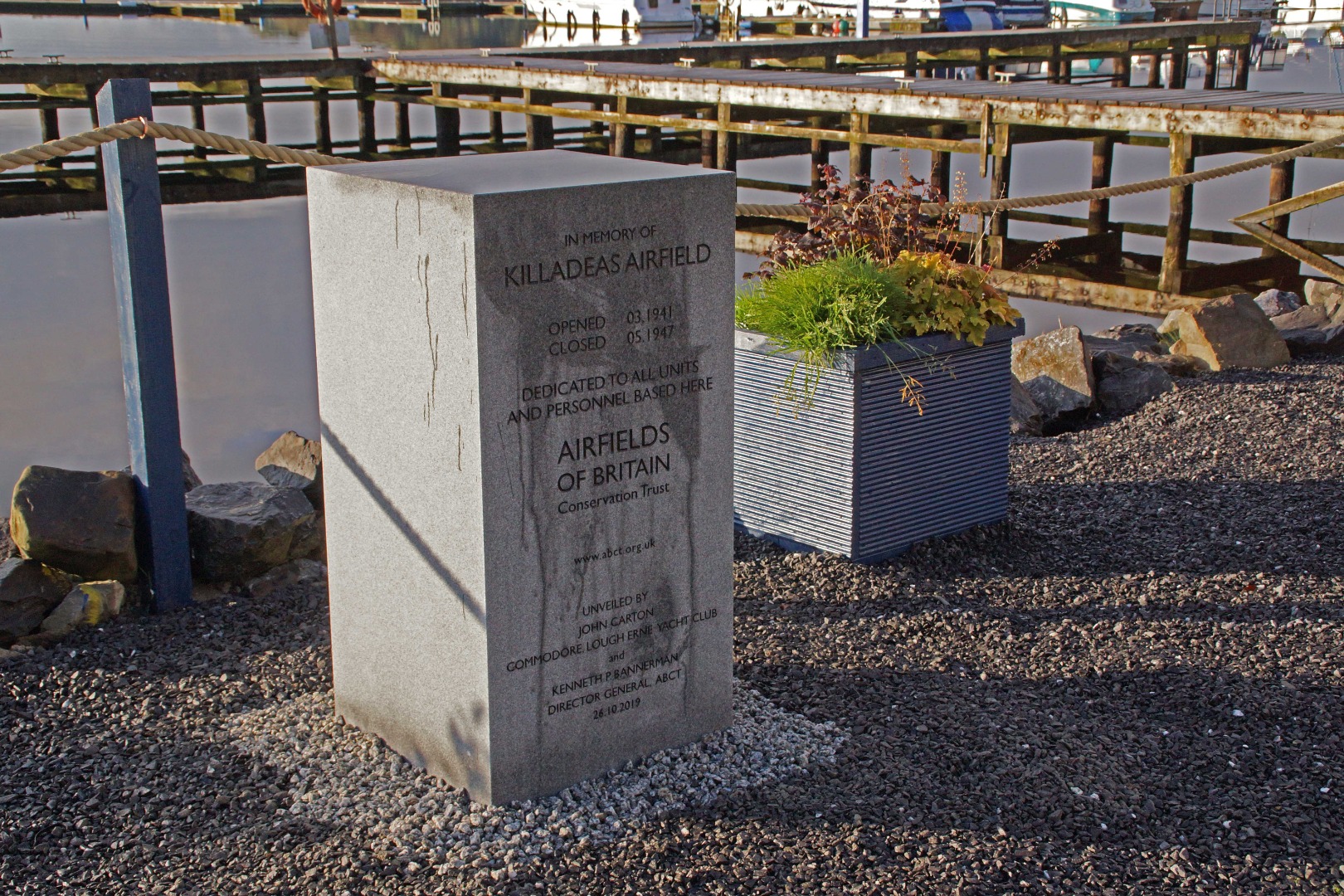 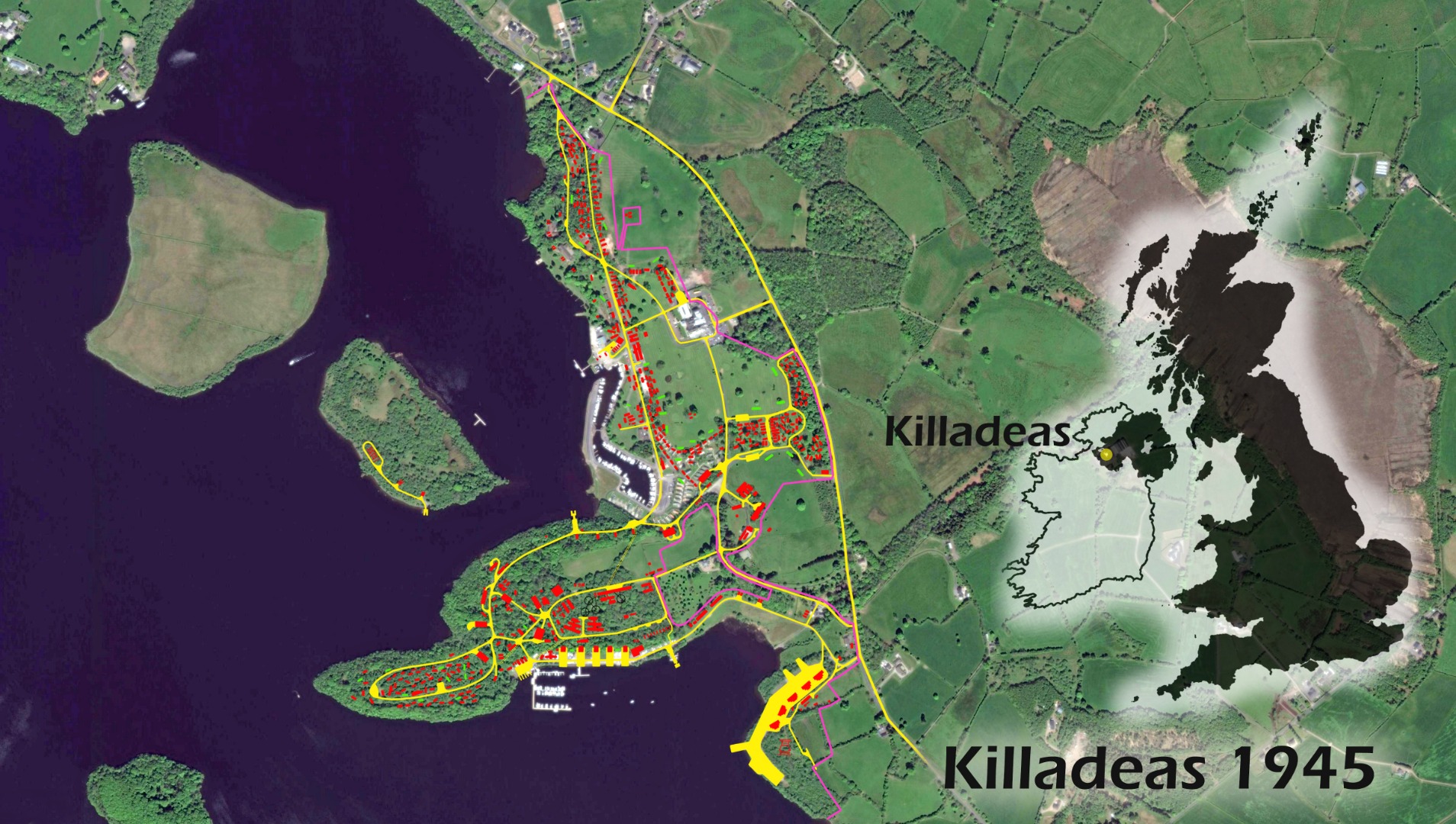