Land to the south-east of the centuries-old stately home at Hutton-in-the-Forest (of the same name) north-west of Penrith was developed to become No 8 Satellite Landing Ground, with the first test landing being carried out in June 1941. Farmland and woodland thereafter proved a fine combination for the dispersal of storage military aircraft until the end of World War Two.

As with other SLGs their more clandestine nature meant that records for this aide of No 22 Maintenance Unit at Silloth became relatively minimal but quite a wide variety of aircraft types came to Hutton for storage during its active life. Older famous designs tended to predominate, such as Hawker Hurricanes and Bristol Blenheims, while notably a couple of far less successful wartime aircraft types appeared as well.  The Blackburn Botha – originally designed as a reconnaissance and patrol bomber - became widely regarded as one of the worst designs ever to enter RAF service because of its terrible flying characteristics, yet still remained in many training units across Britain until 1944; more unlucky was the American-built Lockheed Ventura bomber, derived from the pre-war Model 18 Lodestar civil transport, which endured a difficult time mid-war while operating on daylight raids from East Anglian bases. On a far happier note, the greatest all-round fighter of World War Two – the North American Mustang – frequently arrived here for preparation and storage.

After the airfield closed in August 1945, the Royal Navy briefly used Hutton-in-the-Forest into 1946 for ammunition storage but since then this place has quietly become working farmland. All of its few buildings have disappeared apart from a square firing butt structure for the testing of machine guns. This airfield, however, remains far from forgotten despite its isolated location and secret history: a fly-in saw many civil light aircraft attend in October 2010 to commemorate the 70th anniversary of the Battle of Britain.

Photographs from the unveiling of the ABCT memorial marker on 26 November 2011: 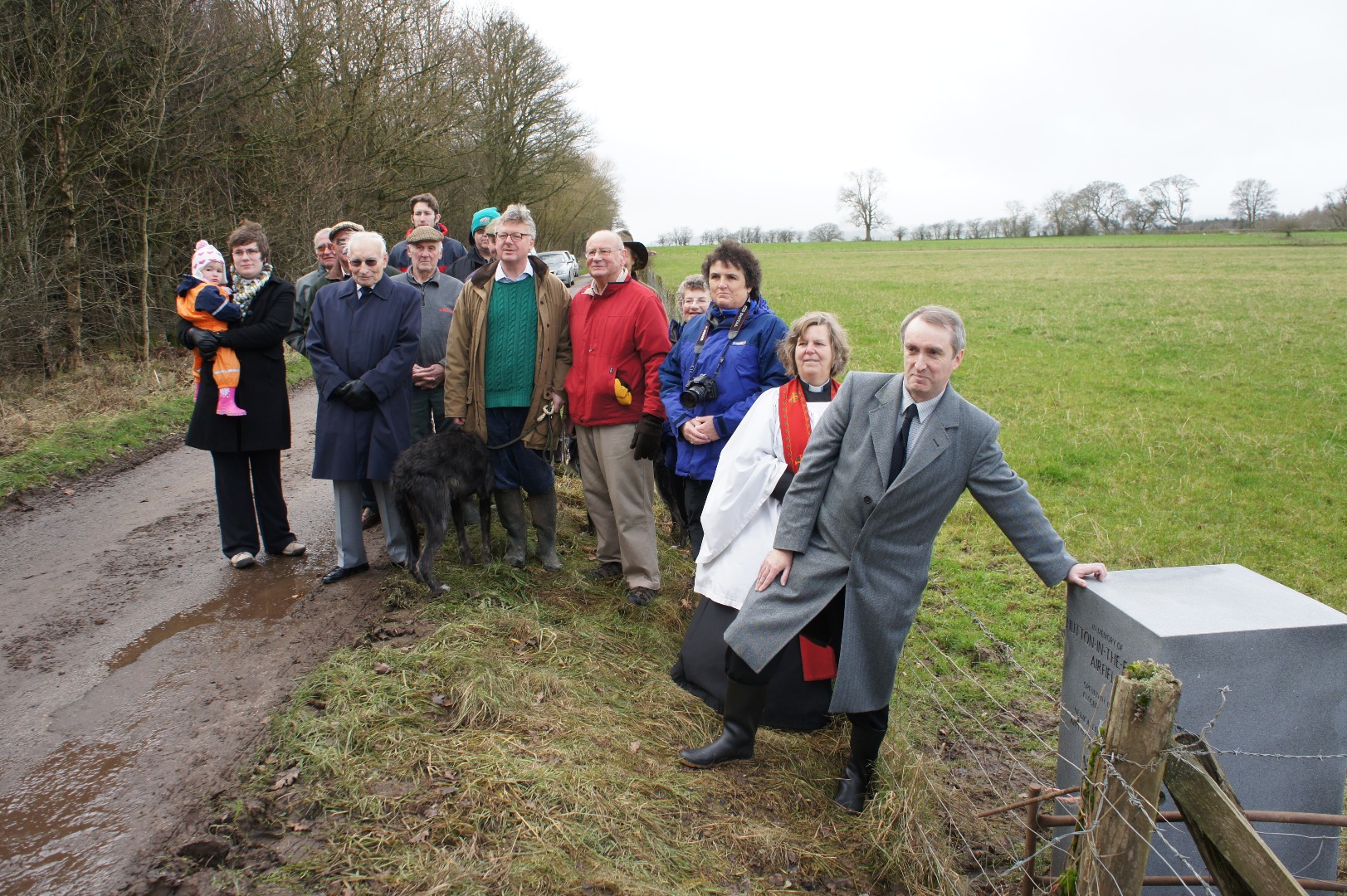 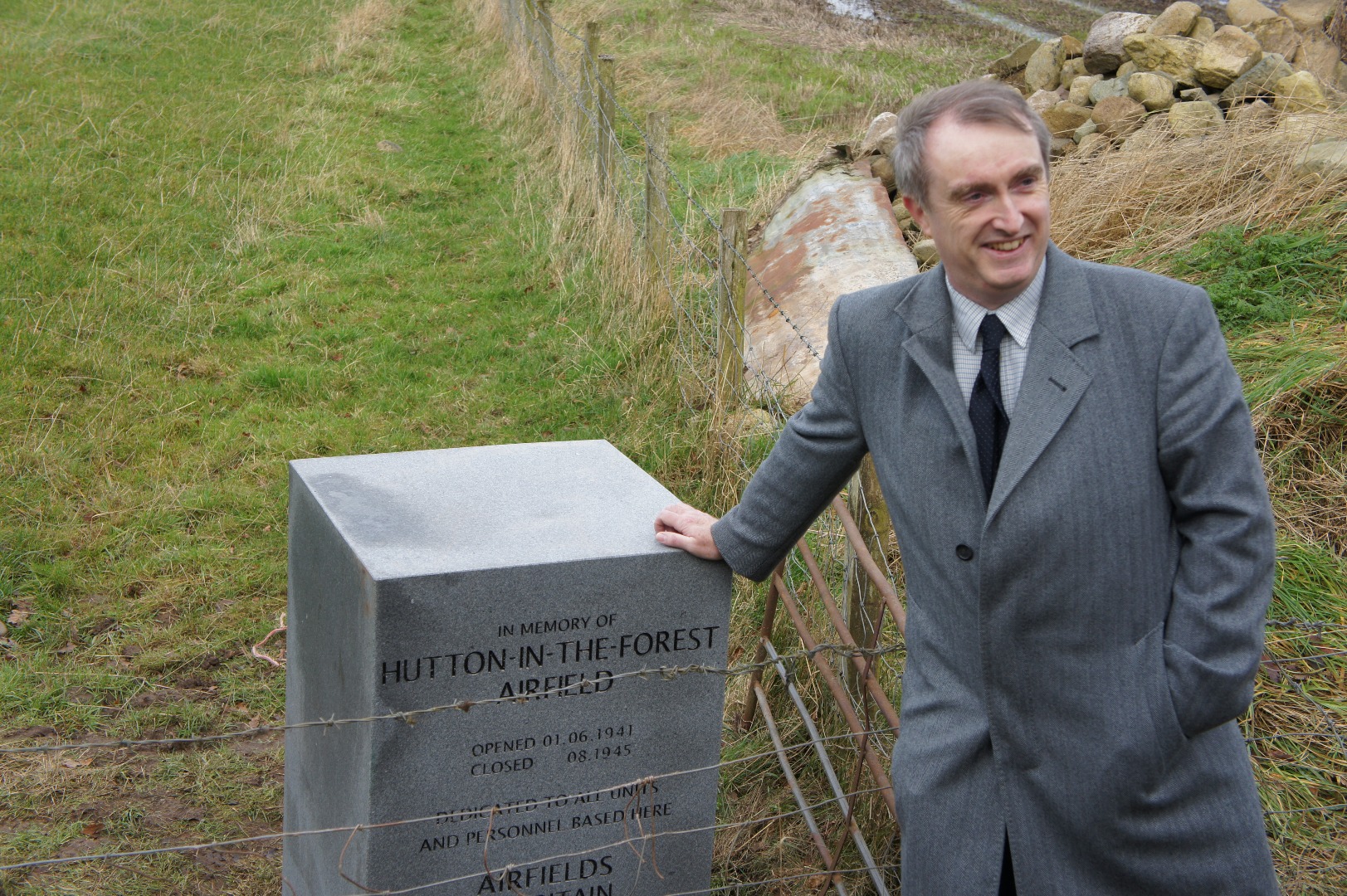 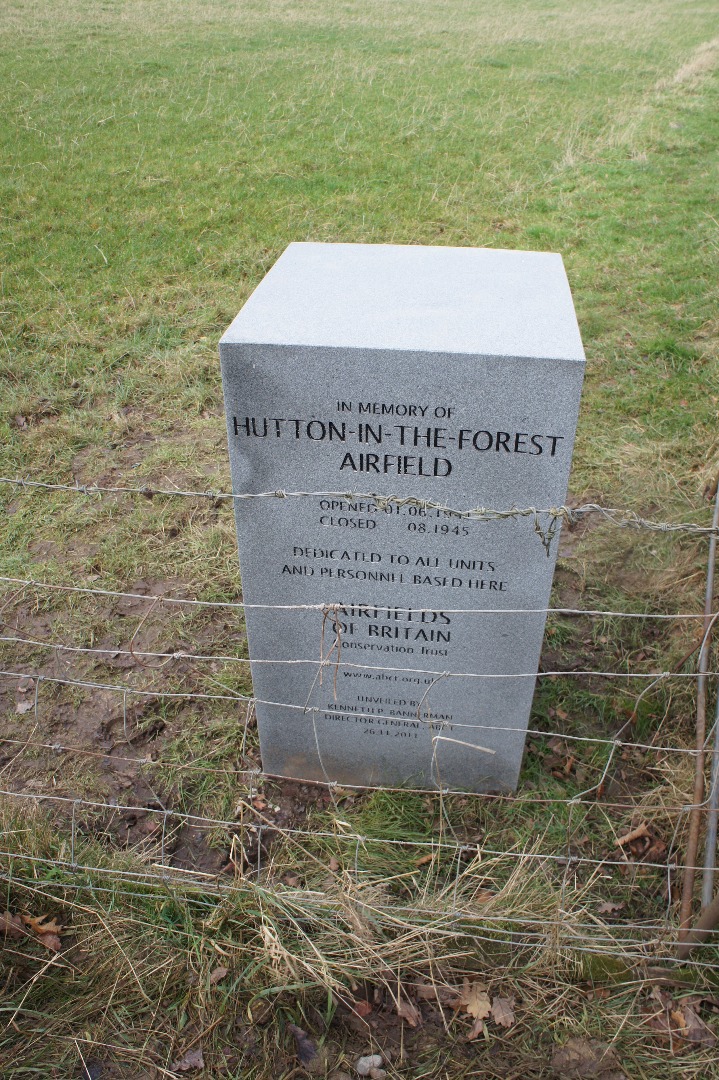