Now better known as Aberdeen Airport, Dyce began as a civil airfield in 1934 after a protracted development period. Its founder Eric Gandar Dower operated Aberdeen (later Allied) Airways, which mainly flew services to northern Scotland. The military appeared in June 1937 when No 612 Squadron formed, initially as an army co-operation unit, before switching to undertake general reconnaissance duties with Avro Ansons. At the beginning of the Second World War Dyce was officially taken over by the RAF and was subsequently used by many different squadrons during this time.

One of the airfield’s primary wartime uses was as a fighter Sector station for No 13 Group from January 1940. Fighters stationed at Dyce to protect the Aberdeen area included Boulton Paul Defiants, Hawker Hurricanes and Supermarine Spitfires, Hurricanes of No 111 Squadron staying between October 1940 and July 1941. RAF Coastal Command also flew from the airfield to carry out anti-shipping and convoy protection patrols over the North Sea. No 612 Squadron remained until well into 1941, while No 1 Coastal Patrol Flight for example formed at Dyce in December 1939. This unit carried out ‘scarecrow’ patrols with de Havilland Tiger Moths searching for U-boats in the North Sea.

Dyce’s main use from the middle of the war however was for photographic reconnaissance instruction. No 8 (Coastal) Operational Training Unit arrived at the airfield in early 1943 from Fraserburgh and operated Supermarine Spitfires, as well as de Havilland Mosquitoes and other aircraft in this role. Another important and especially hazardous duty carried out at Dyce was to mount civil airline services to and from neutral Sweden during this period.

Immediately prior to the end of the war in Europe, after No 8 (C) OTU transferred to Haverfordwest in January 1945, Dyce once again saw many RAF fighters move through on their way to other airfields and notably Norway. There was then a gradual decrease in military activity, transitioning back to civil use. Aberdeen University Air Squadron and No 612 Squadron did nevertheless continue operating from Dyce, the latter using Spitfires and North American Harvards until 1951. After a brief time away to allow new runway work to be completed, No 612 Squadron returned in late 1952, now equipped with de Havilland Vampires. This unit later disbanded in 1957 along with all other Royal Auxiliary Air Force squadrons.

The airfield then went through a relatively quiet period before the discovery of North Sea oil changed matters dramatically from the late 1960s. Dyce became the busiest heliport in Europe and the airport has since been developed and expanded considerably. It remains a busy civil airport with further redevelopment planned. Most of the wartime facilities have been demolished during reconstruction work, including the original Second World War control tower, replaced in 1980 by a most distinctive building nicknamed the ‘Wedding Cake’ because of its shape. The postwar main runway is now the only one used for fixed wing flying with the other three initial examples, which shared a common intersection, being used for helicopter operations. 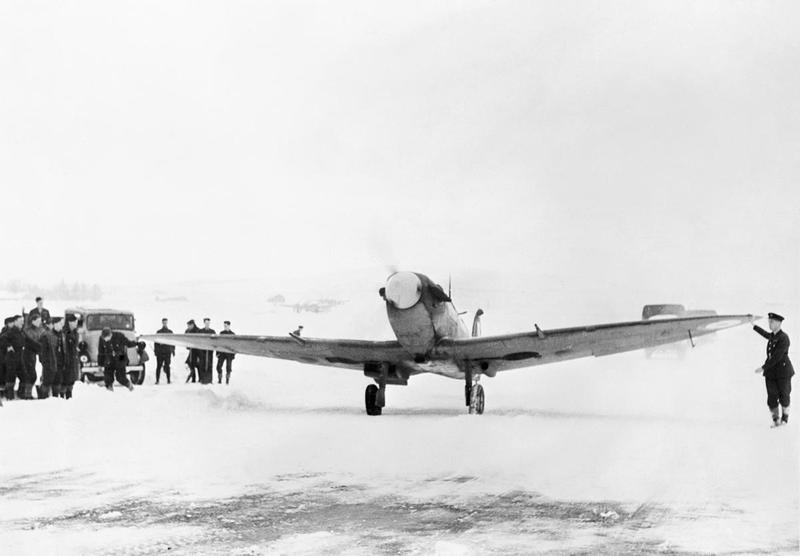 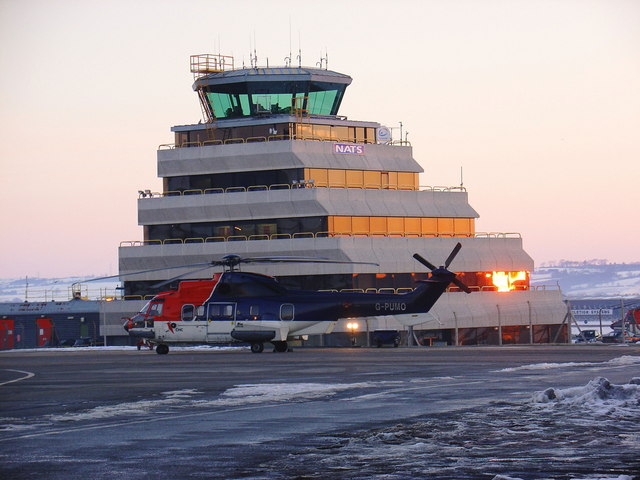 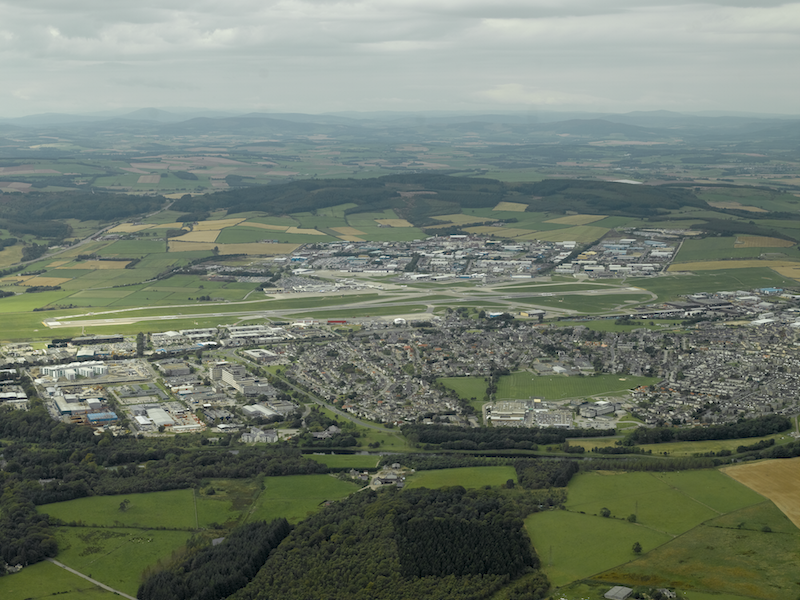 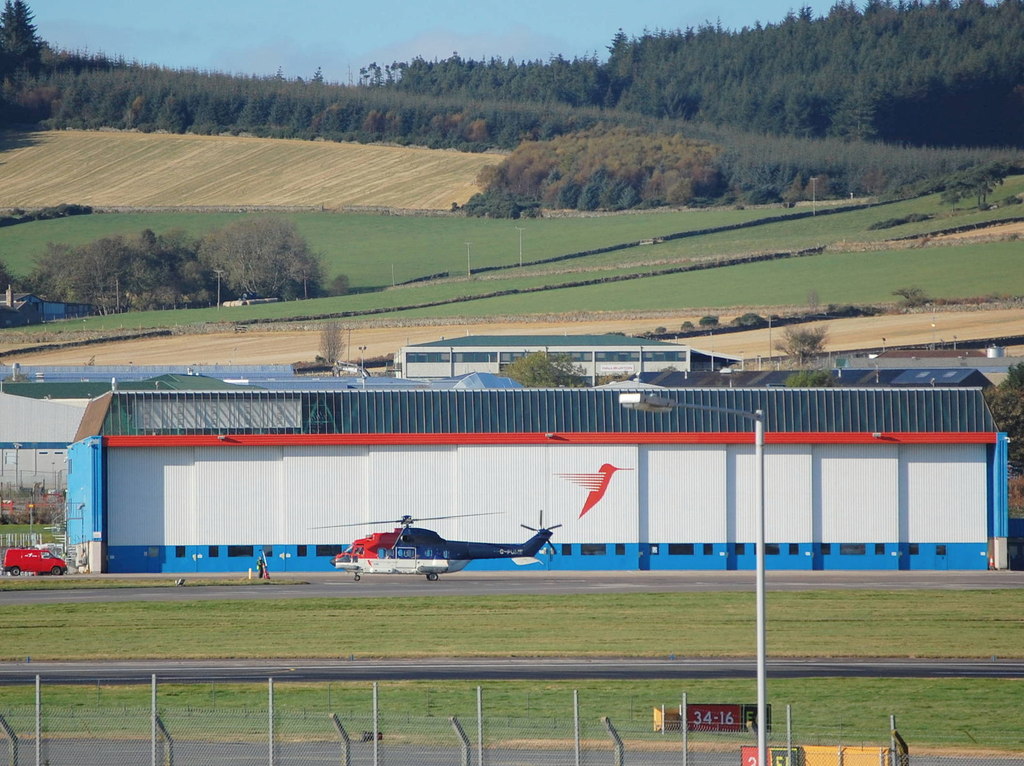 An AS332 Super Puma helicopter in front of the Canadian Helicopter Corporation Hangar (CHC), 28 October 2007. © Bill Harrison and licensed for reuse under this Creative Commons Licence 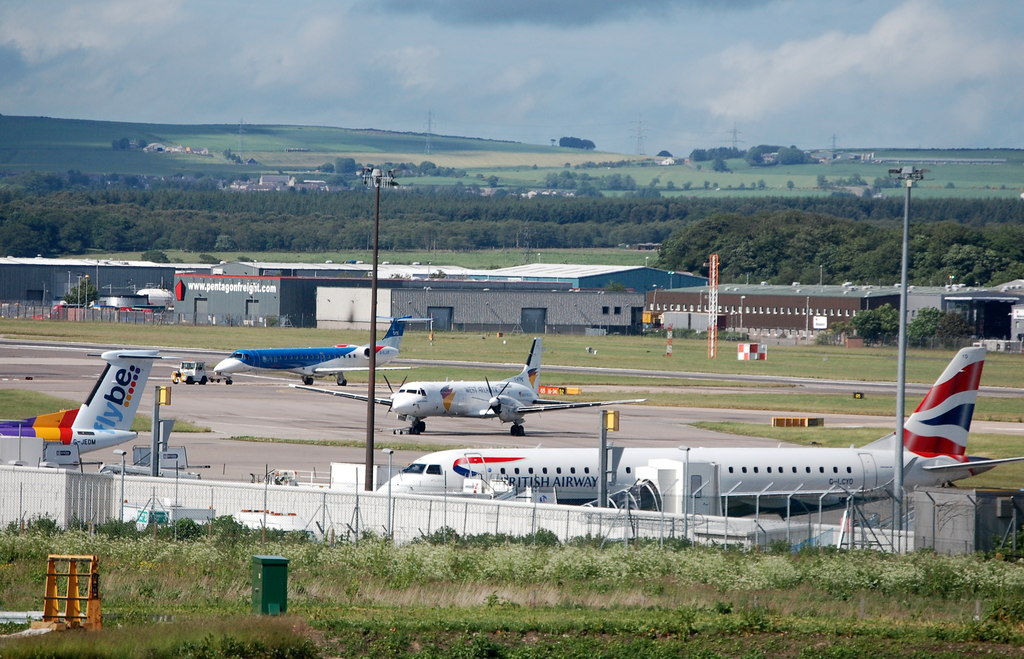 Aircraft on the west apron at Aberdeen Airport, 28 June 2015. © Bill Harrison and licensed for reuse under this Creative Commons Licence 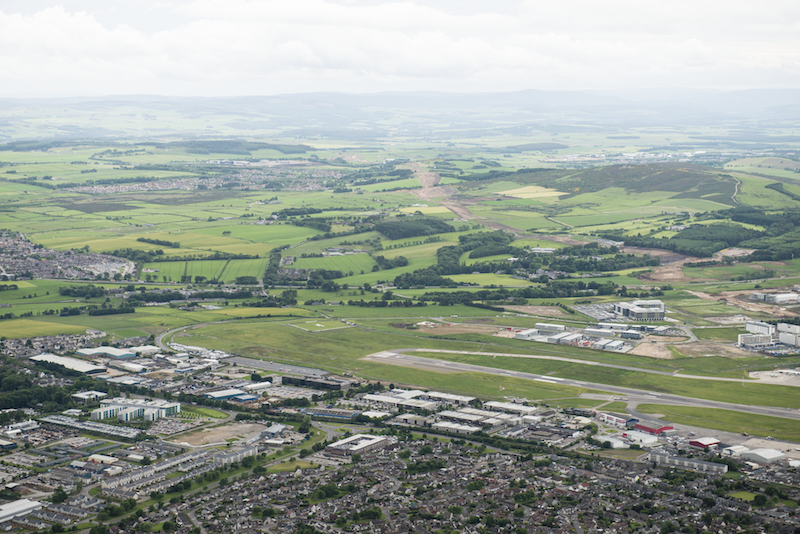 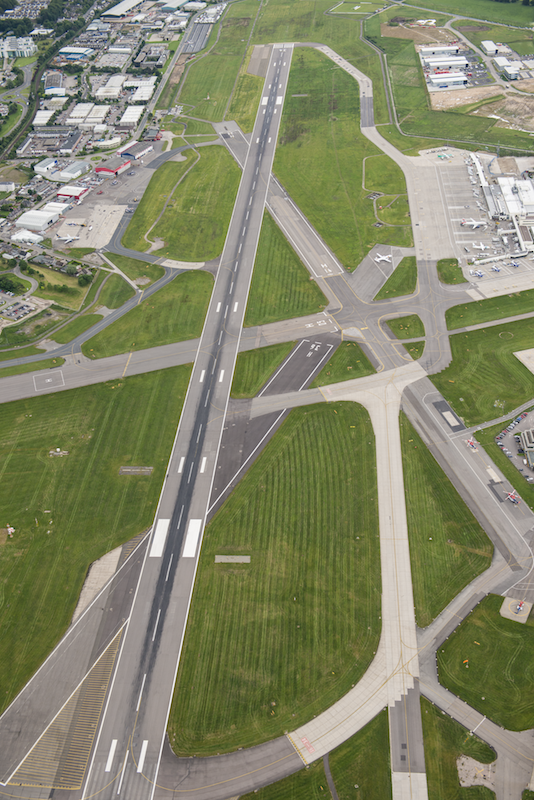 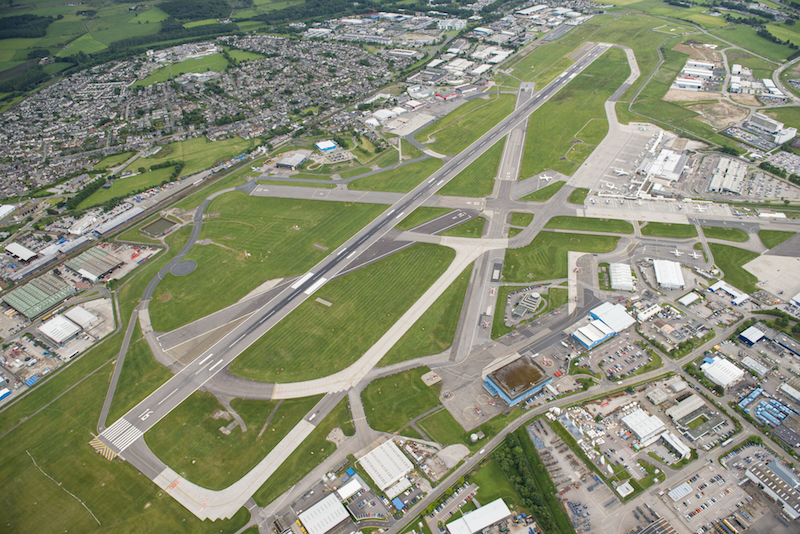 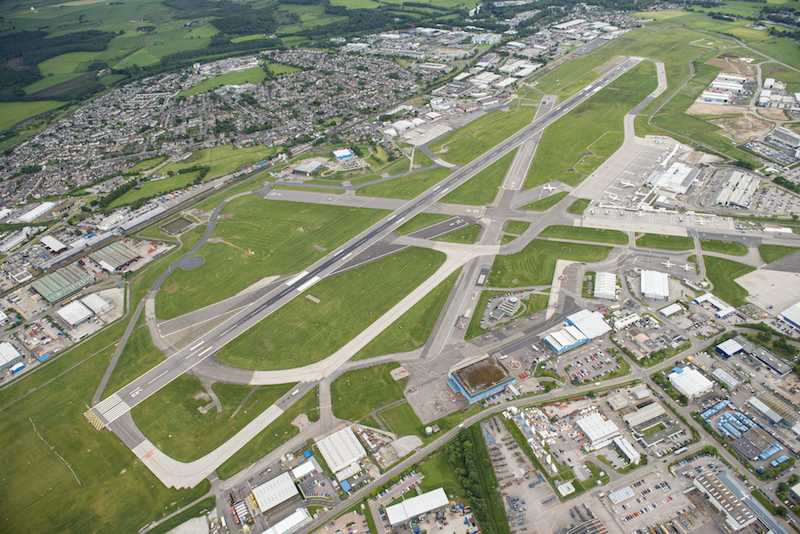 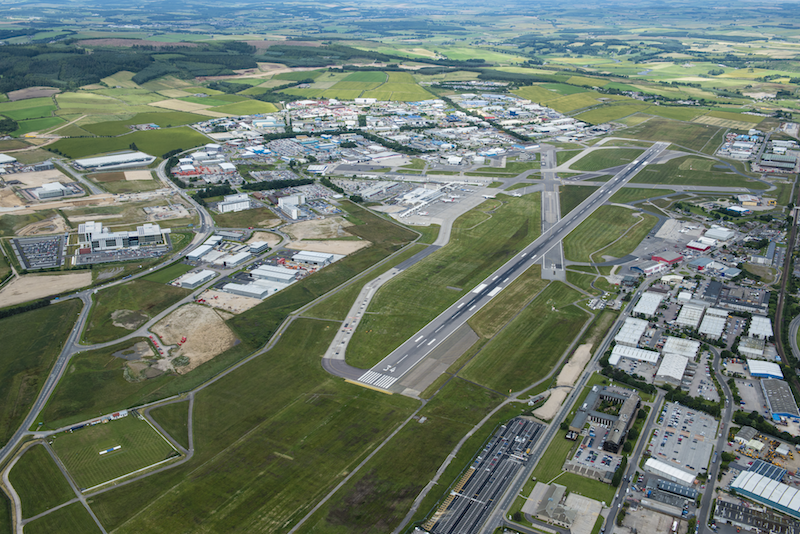 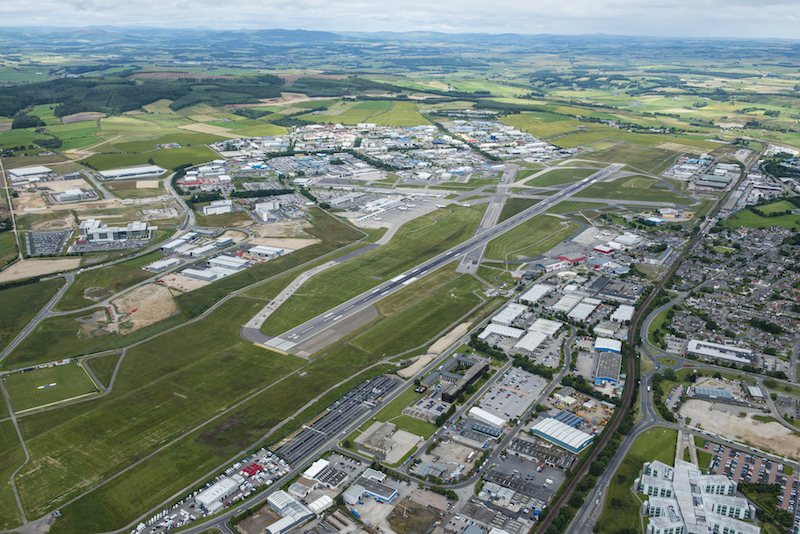 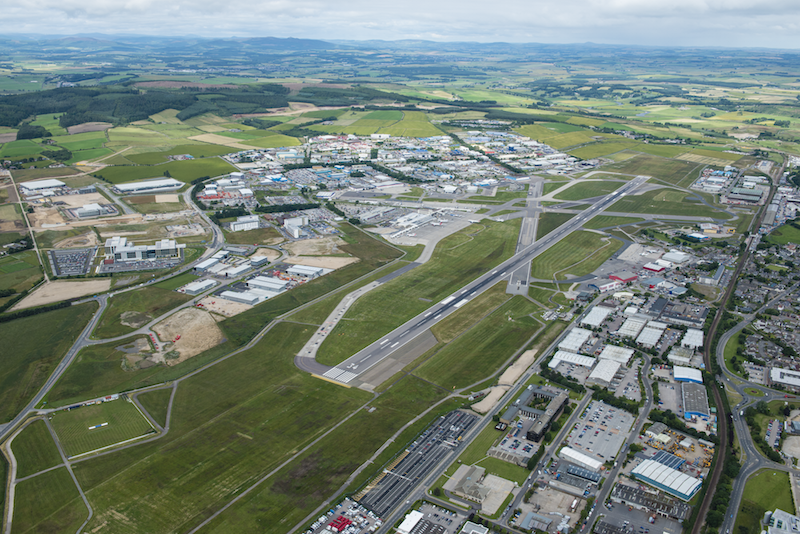 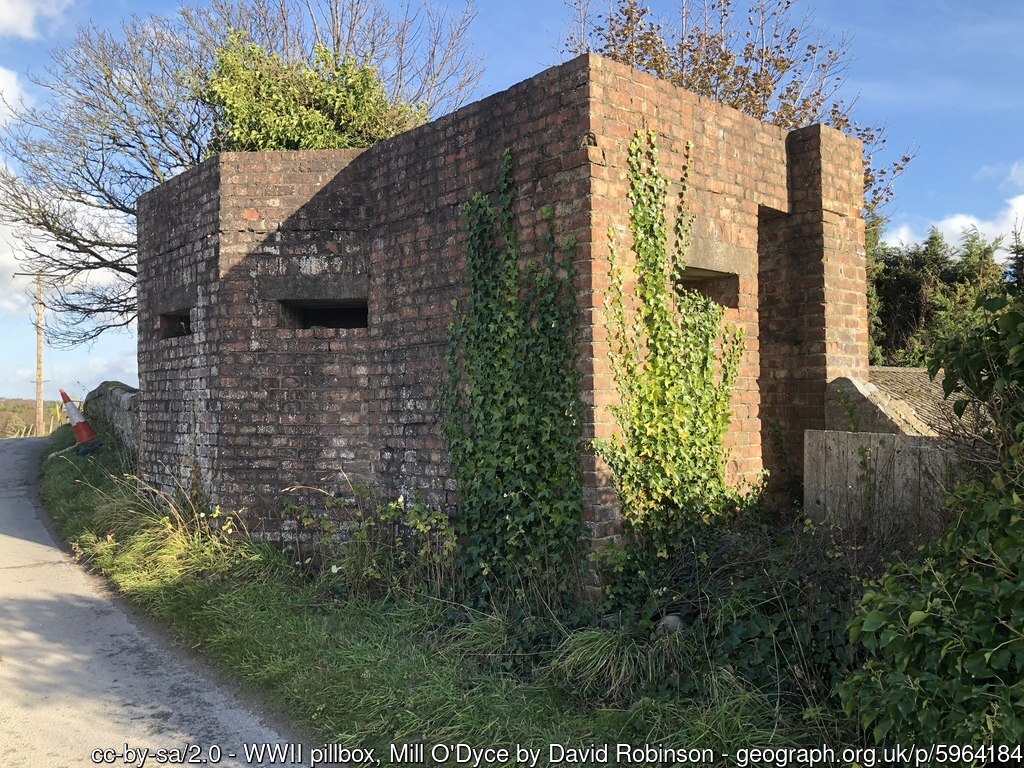