Director General of ABCT Kenneth Bannerman may well have become the last person to photograph the first Ayr Airfield’s Belfast hangar in October 1989 prior to its sudden demolition: a Tesco supermarket now stands in its place.

Aviation first came to the seaside resort of Ayr when the town's racecourse - best known for hosting the Scottish Grand National - became a Royal Flying Corps training airfield during World War One. No 1 School of Aerial Fighting appeared on 17 September 1917 for more specialised flying instruction, in addition establishing significant links with Turnberry which became a notable element of operations for the remainder of the conflict. This unit through another brief name change became known as No 1 Fighting School in May 1918 and also continued to use Turnberry. Training carried on in a separate form from July of that year as the North Western Area Flying Instructors School formed. This school differed from previous Ayr-based residents by mostly operating Avro 504s instead of a mixture of aircraft types as was the norm at this period.

Military flying ceased during the early stages of 1919, with horse racing restarting in April, but Ayr I had not quite finished with aviation as Oscar P. Jones of the Berkshire Aviation Company gave joy-rides in July and August 1921 to hundreds of passengers before he left for Stafford at the beginning of September. A further attempt in 1939 to fully restart passenger trips here failed, though some aircraft did occasionally land on racedays for a number of years after World War Two.

One remarkable survivor for decades following the closure of this airfield was a Great War period Belfast hangar which served to very good effect as part of the racecourse. However, this building sadly suddenly suffered demolition in October 1989 as part of redevelopment and now there are no original remains of the town’s first airfield.

Photographs from the unveiling of the ABCT memorial marker on 28 April 2012: 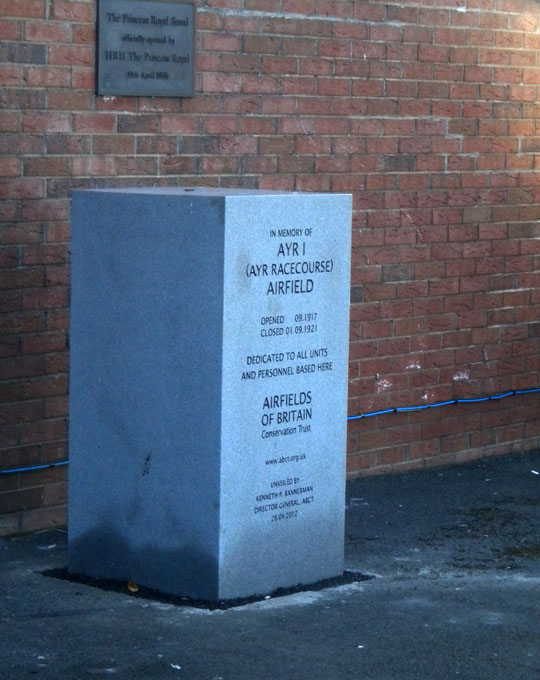 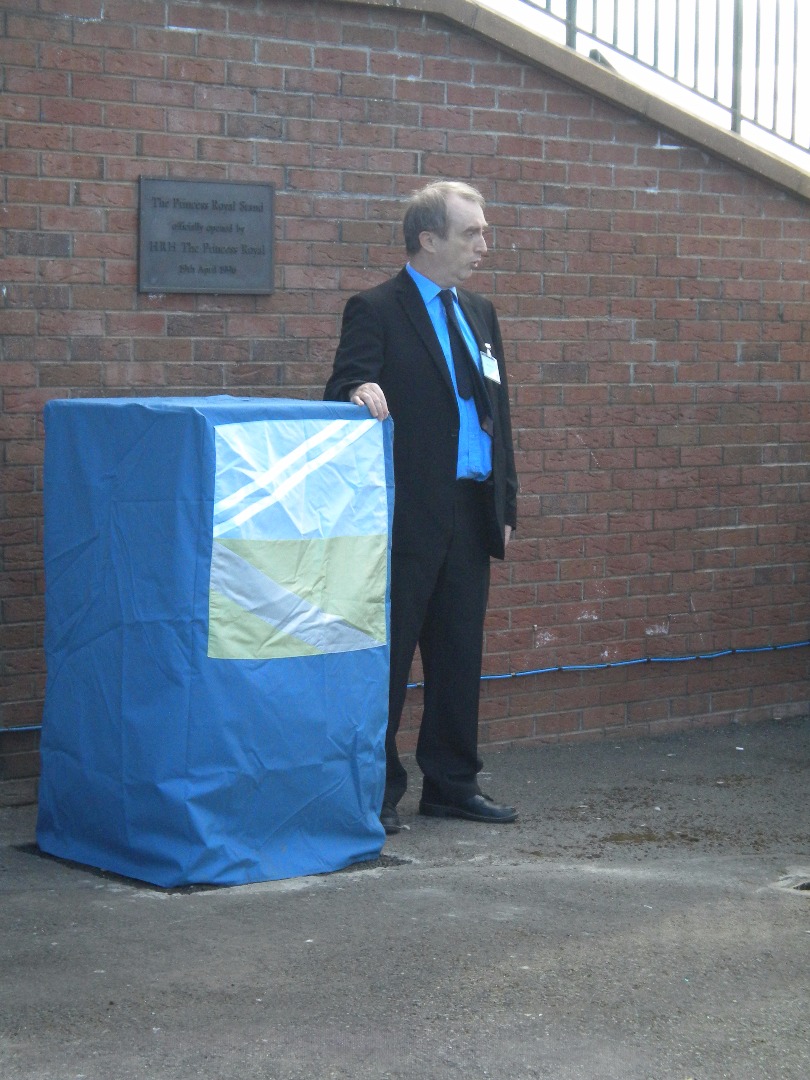 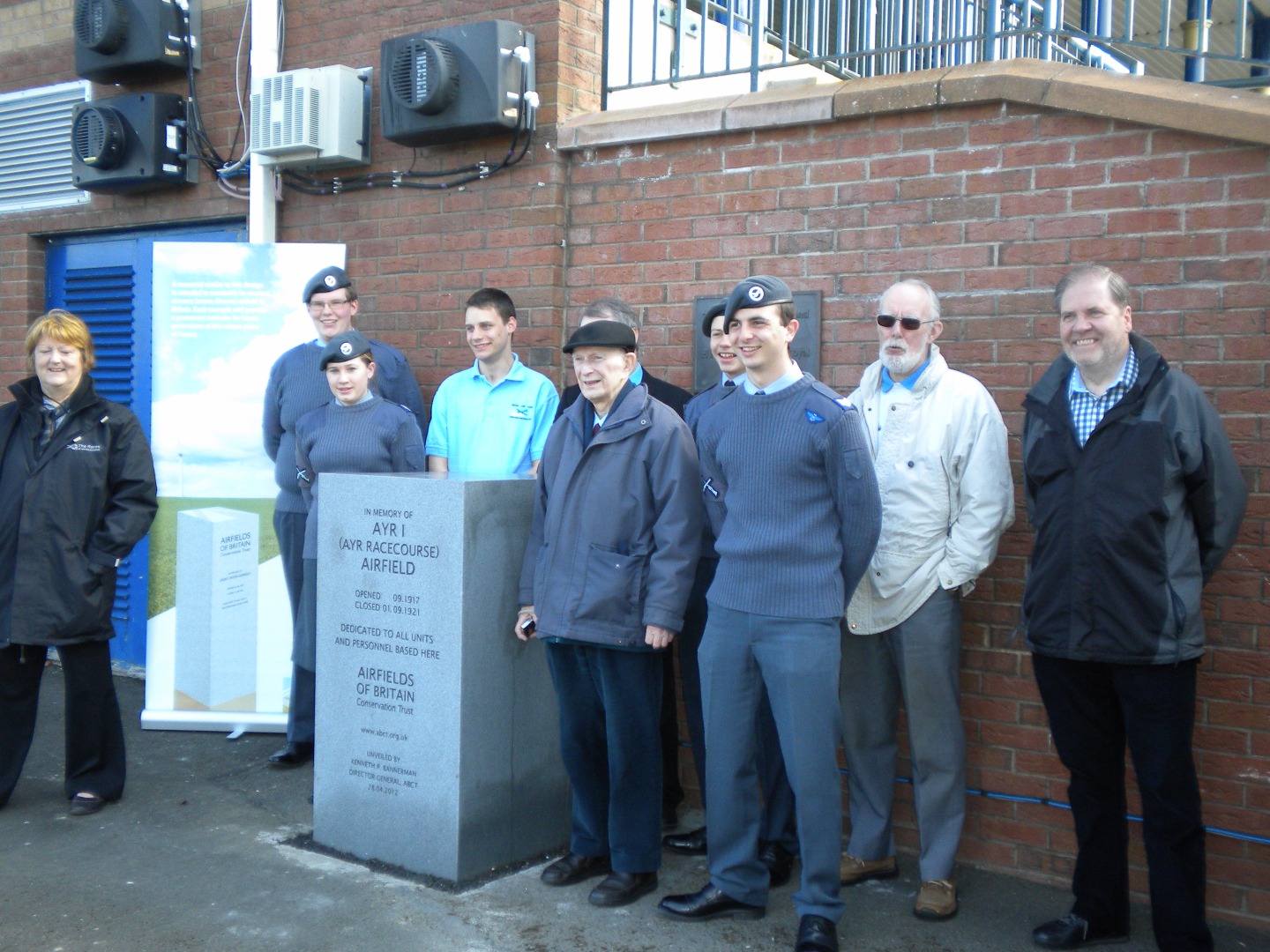 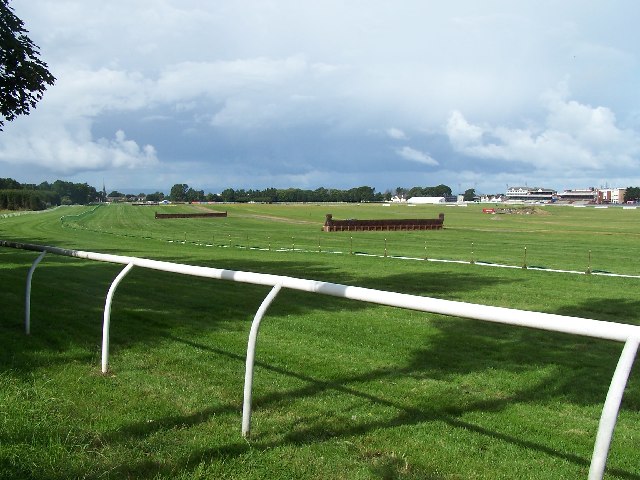 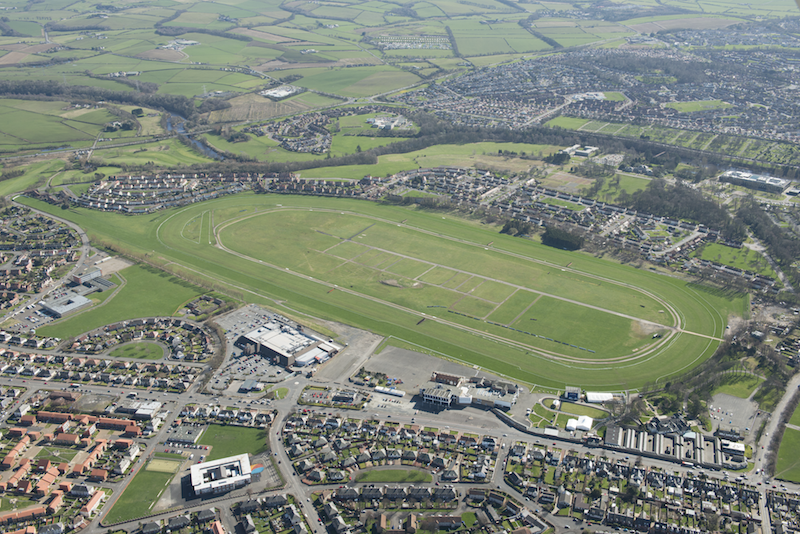 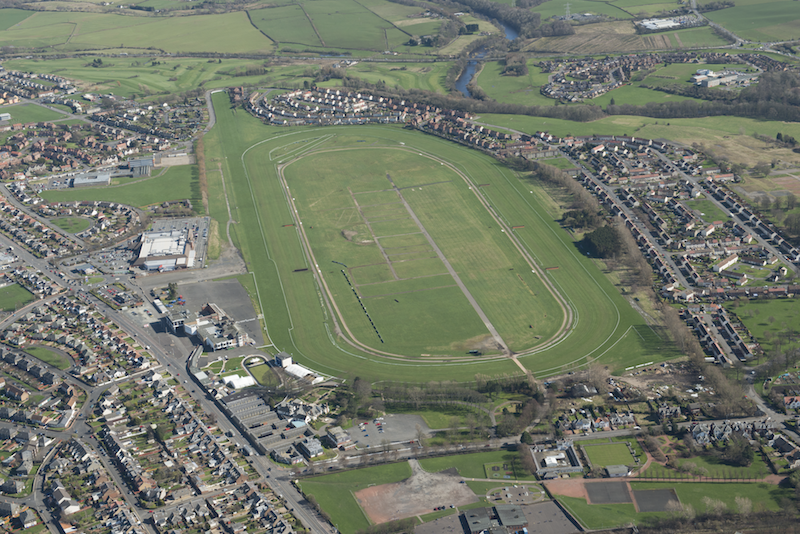