The church at nearby Kirk Andreas retains an immediately transparent truncated appearance due to the tower having to be shortened in height to allow Spitfires to land more safely. The dismantled stones were stored in a nearby field and intended to be restored in peacetime but the local populace then decided not to bother, and the material was used for other building duties. A memorial window dedicated to No 11 Air Gunnery School can be found inside the church.

Easily the most austerity period in visual terms of the three World War Two era Isle of Man airfields, Andreas started life as a fighter airfield in the autumn of 1941. Australian-manned Spitfires of Nos 452 and 457 Squadrons mounted convoy patrols until June 1942, succeeded by the reformed No 93 Squadron which similarly left the following September.

Andreas was always one of these more quietly effective airfields where residents got on with their required tasks without too much in the way of fuss. The following six months after the final fighters departed proved particularly low key but a detachment of No 275 Squadron which had arrived shortly after the airfield opened continued to provide air-sea rescue cover until the spring of 1944, by which time activity here had fully burst back into life with No 11 Air Gunners School (AGS). This unit had formed in May 1943 to give instruction over the Irish Sea with relative safety, initially using Avro Ansons and Miles Martinets before gradually dropping the latter type and also flying some Supermarine Spitfires and Vickers Wellingtons. Another significant role the airfield performed towards the end of World War Two was as a designated diversionary airfield.

Peacetime eventually saw the Air Gunners School move to Jurby in September 1946 and Andreas quickly ran down prior to closure. Manx Government bought the airfield in the autumn of 1947 and its dispersed sites were gradually derequisitioned soon after. Eventually the land was sold to a local family but, despite some demolition involving especially the three Bellman and eight Blister hangars, much of the airfield still remains, including the derelict control tower and three runways. Even better still is that Andreas continues to see flying, albeit of a limited nature, especially for sailplanes of the eponymous club which appeared here during the 1990s. Despite lying somewhat off the beaten track, in so many ways the airfield has changed for the better everyday life in this part of the Isle of Man and continues to be remembered both locally and far abroad.

Photographs and video from the ABCT marker unveiling at Andreas on 7 November 2015: 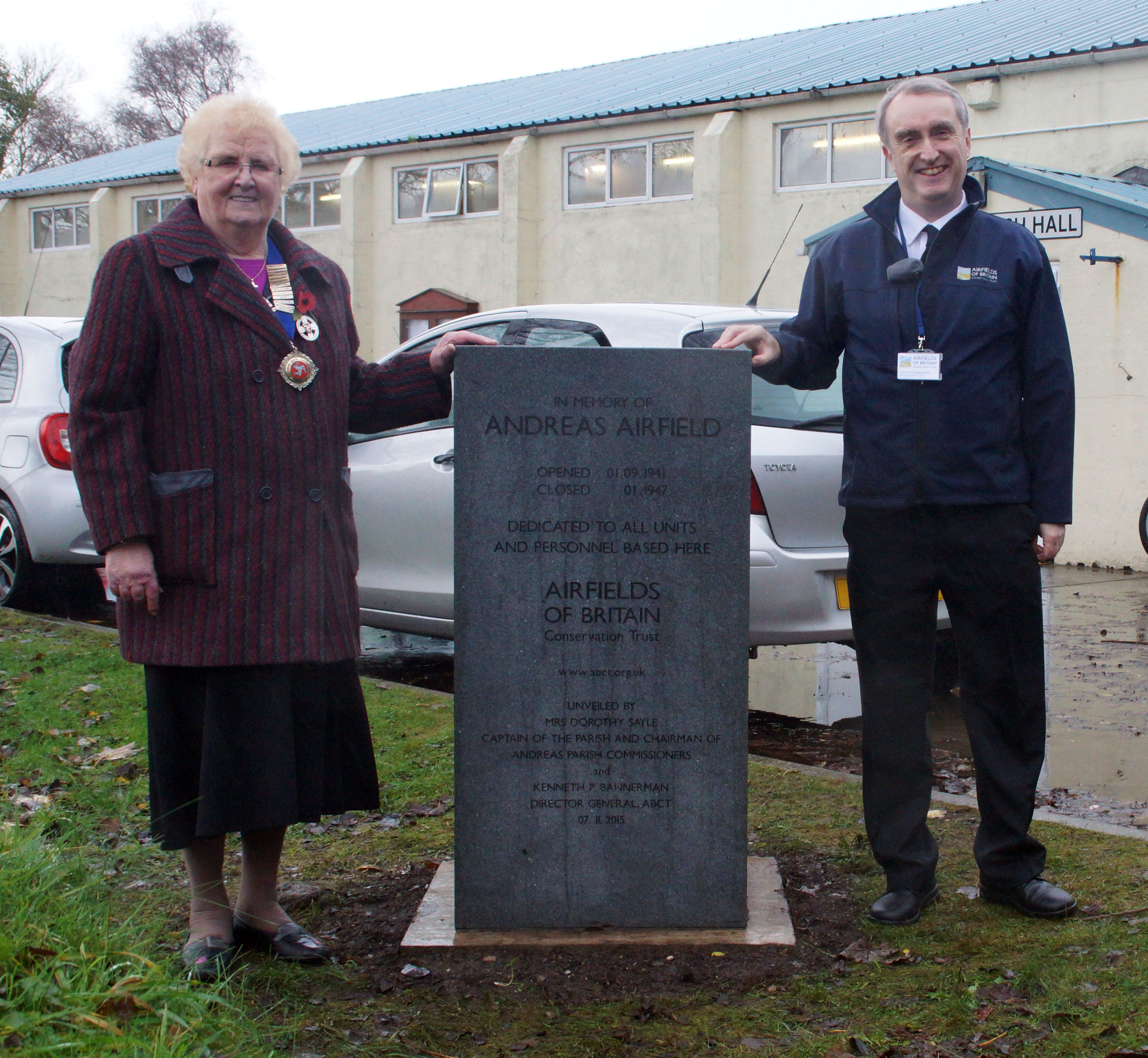 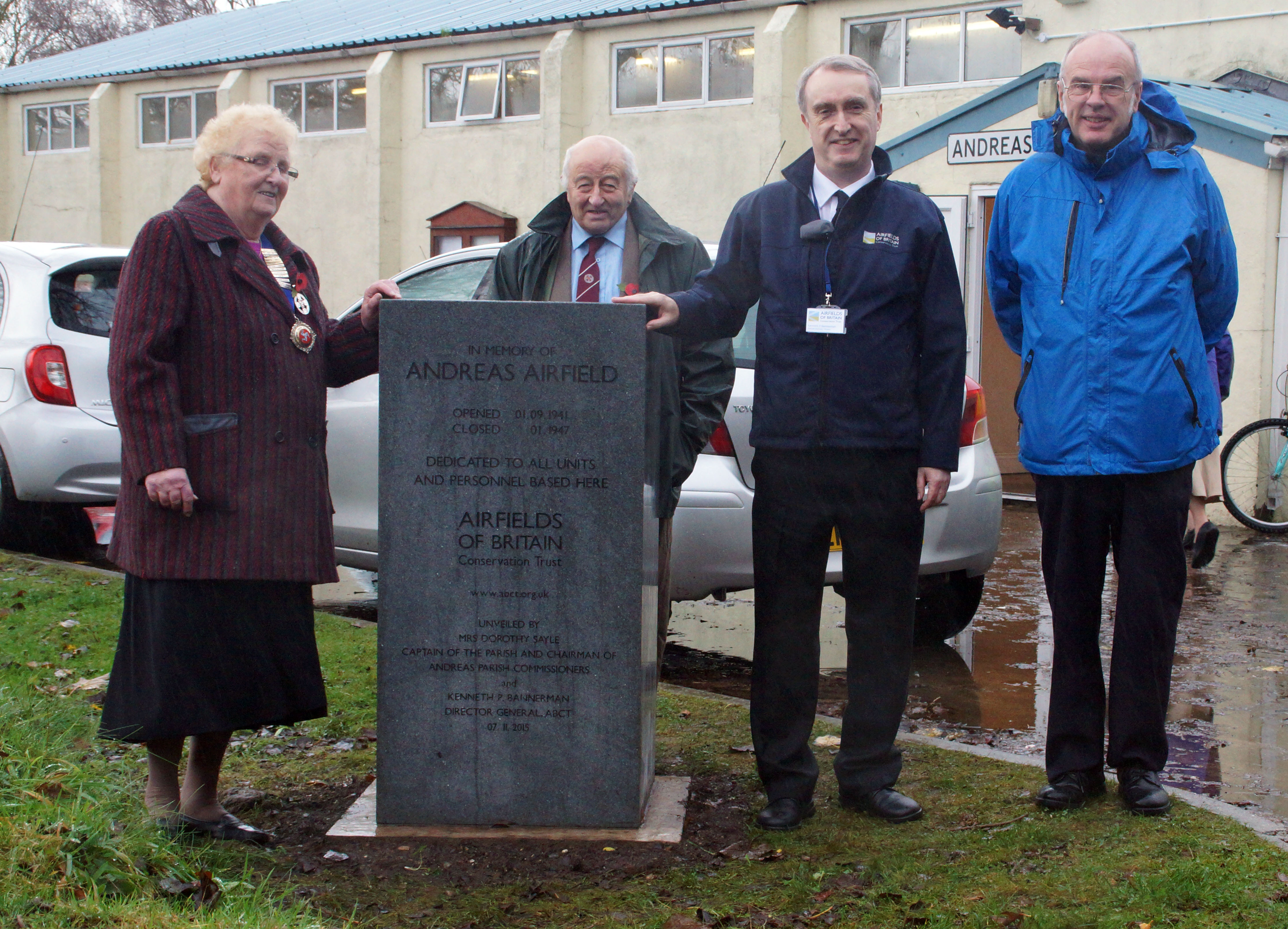 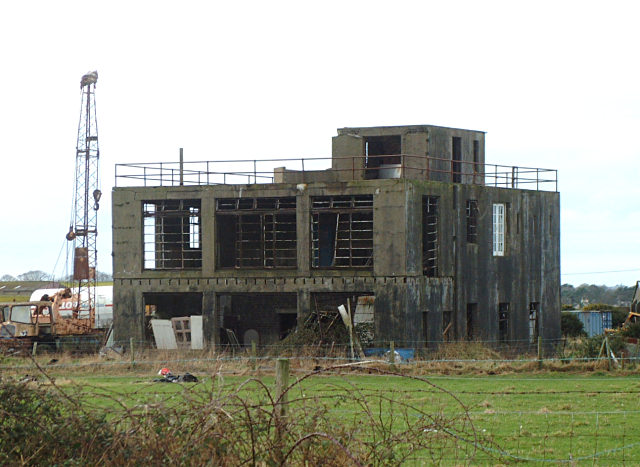 The remains of the control tower at Andreas in February 2003. © Jon Wornham and licensed for reuse under this Creative Commons Licence 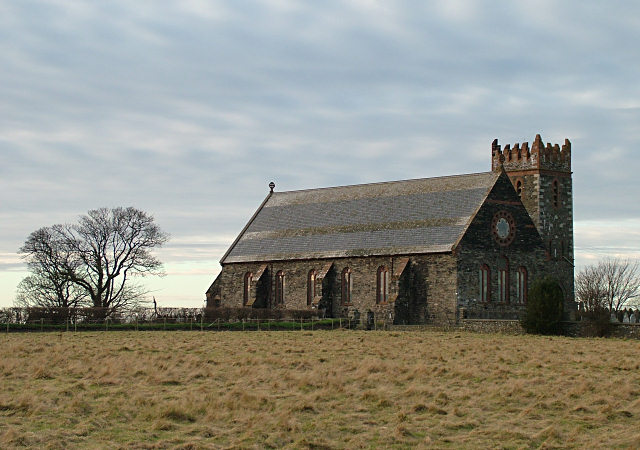 St Andrew's church at Andreas, with the shortened tower, January 2005. © Jon Wornham and licensed for reuse under this Creative Commons Licence 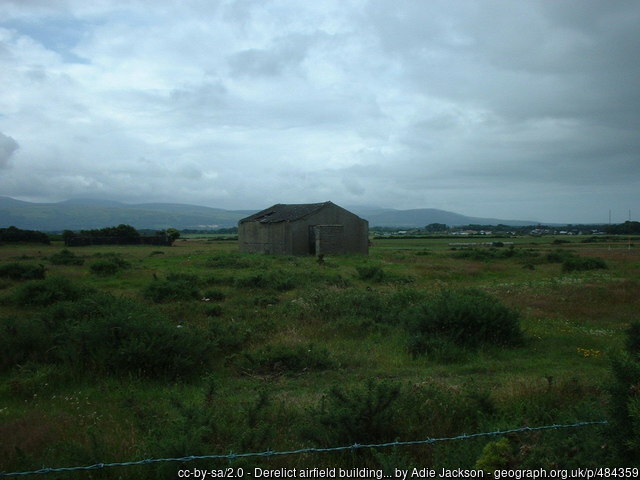