There was controversy at Alconbury during the Second World War. A local dog breeder, Mrs Stanley Mulcaster of Great Stukeley, went to the police over suspicions of ‘illegally landed dogs’. There were reports of American airmen smuggling in dogs, cats and even a monkey and honey bear.

Alconbury began life as Britain’s first satellite airfield when No 63 Squadron’s Fairey Battles from Upwood transferred here in May 1938 to investigate the viability of the site. This exercise proved successful, very shortly leading to selection for development as an airfield, and Battles arrived again on 1 September 1939. These aircraft of No 52 Squadron soon left but Alconbury quickly became a satellite for Wyton and Bristol Blenheims, Short Stirlings and Vickers Wellingtons all dispersed there until 1942.

The beginning of the airfield’s long association with American armed forces began in September 1942 with the arrival of USAAF Consolidated B-24s of the 93rd Bomb Group, eventually followed by the 92nd and 482nd BGs. Alconbury’s position relatively far inland meant that it often carried out more unusual roles, for a while accommodating Boeing YB-40s which were pre-production gunship versions of the B-17 heavy bomber. More conventional B-17s and B-24s soon predominated while the 482nd BG carried on with pathfinding operations before switching to similar instructional duties in order to provide training that would guide other USAAF bombers in poor weather.

On 27 May 1943 several bombs accidentally exploded here, killing nineteen personnel and destroying four B-17s. The airfield was also used as a USAAF bomber maintenance depot: these facilities were often regarded as separate installations and in this case lay close to the village of Abbots Ripton. Alconbury was known locally by this name for a long period after the Second World War. At the end of 1945, the airfield was officially handed back to the RAF and taken over by No 264 Maintenance Unit for use as an Equipment Disposal Depot until disbandment on 30 September 1948.

After a period of Care and Maintenance and then being reduced to inactive status Alconbury reopened under the United States Air Force in Europe (USAFE) in June 1953. Major construction work took place in 1954 with a revamped 9,000 feet runway, a new control tower and numerous other facilities all being either freshly constructed or refurbished. The bomb stores were designed to hold both conventional and nuclear weaponry if necessary. This redevelopment meant that aircraft such as North American B-45 Tornado bombers and Douglas RB-66 Destroyer reconnaissance types arrived at Alconbury in the 1950s, replaced in the mid-1960s by the hugely successful McDonnell Douglas RF-4C Phantom II. The 10th Tactical Reconnaissance Wing – resident since 1959 – was joined in 1976 by Northrop F-5E Tiger IIs of the 527th Tactical Fighter Training Aggressor Squadron which provided training by pretending to be the ‘enemy’, using Soviet tactics and dogfighting techniques and painted in similar colour schemes.

Lockheed TR-1A reconnaissance aircraft, upgraded versions of the U-2, arrived at Alconbury in 1983 and thirteen specially designed hardened aircraft shelters appeared to accommodate them. In addition, a two-storey bunker was built which included its own power plant, communications facilities, air supply and decontamination facility with the aim of ensuring that operations could continue during a nuclear war. The bunker, known as ‘Magic Mountain’, has been restored and could be used in the event of a natural disaster.

Meanwhile, the F-5Es and RF-4Cs were withdrawn and replaced with two squadrons of Fairchild Republic A-10A close air support aircraft, resulting in the 10th TRW becoming the 10th Tactical Fighter Wing on 20 August 1987. Special operations aircraft such as Lockheed MC-130s and Sikorsky MH-53 helicopters also operated from Alconbury before transferring to RAF Mildenhall in February 1995. Residents active in the First Gulf War after Iraq invaded Kuwait in August 1990 included three TR-1As that were among the first aircraft to be sent to the area. They were later joined by twenty-four A-10As in December, no personnel or aircraft were lost in the conflict.

The supposed end of the Cold War saw the beginning of the end of flying at Alconbury. Throughout 1992 the A-10As relocated back to the USA and the U-2s finally left in September 1993. All flying ceased in the early months of 1995 but part of the airfield remained in use by the Americans for communications duties. In January 2015 it was announced that the USAF would pull out of RAF Alconbury as well as the nearby airfields of Mildenhall and Molesworth. Part of the site is now owned by Urban & Civic who are developing it as an Enterprise Zone and the construction of around 5,000 houses is planned. There has been some demolition but the runway and many hangars and support buildings, including the original Second War and USAFE post-war control towers, survive as of 2015. 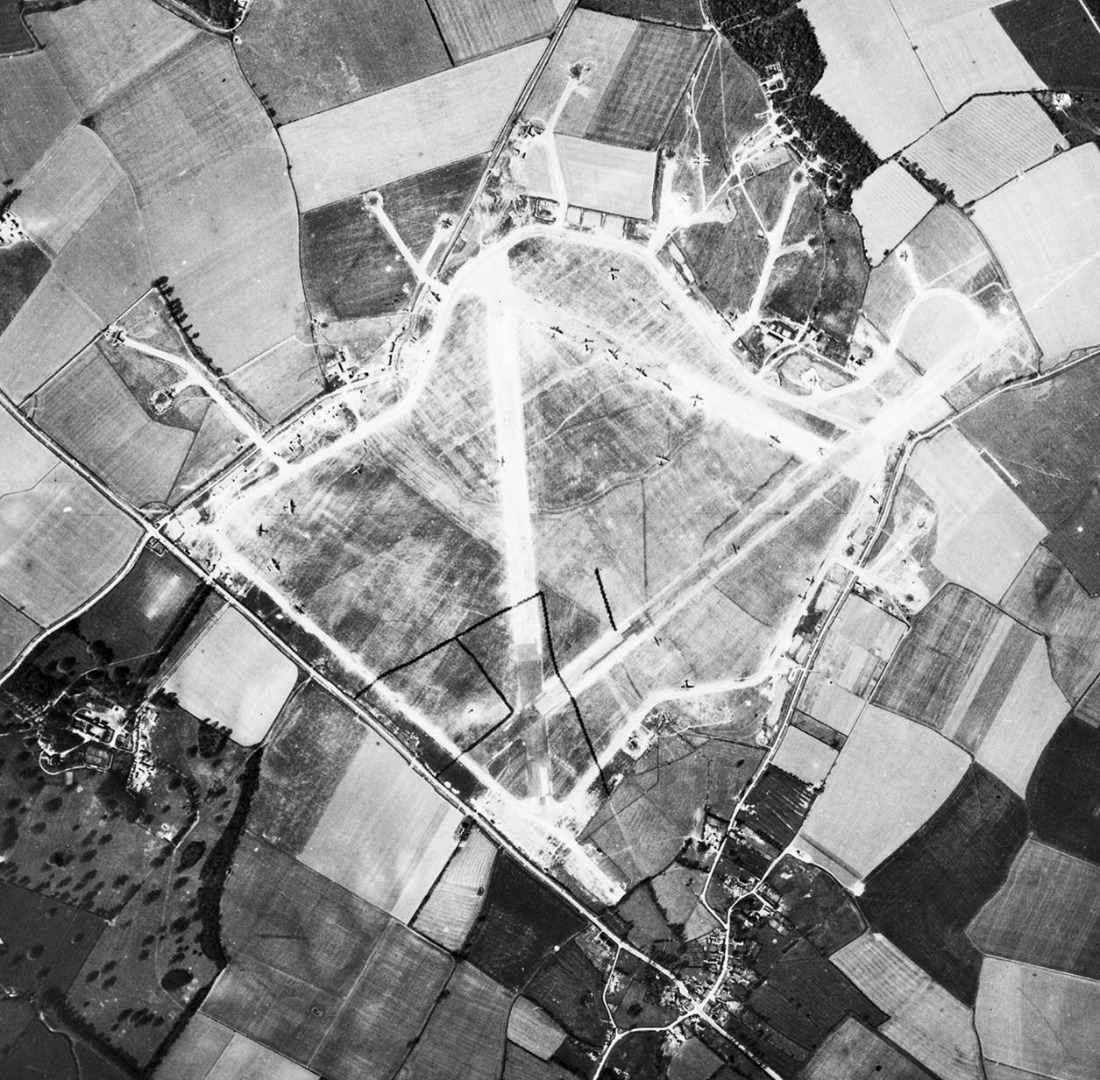 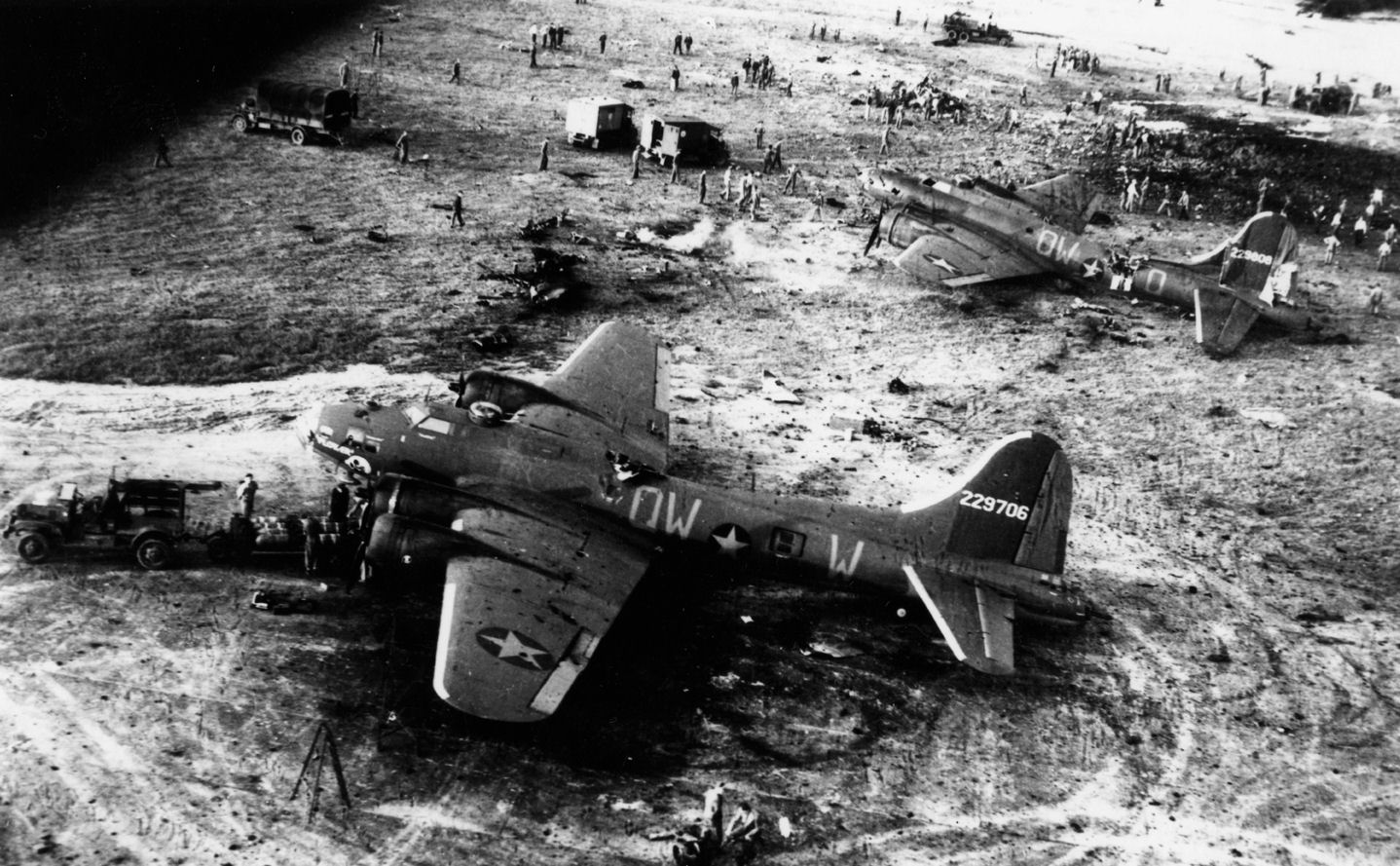 Ground crew of the 95th Bomb Group at Alconbury attending to damage caused by an explosion while loading bombs, 28 May 1943. Courtesy of Wikimedia Commons 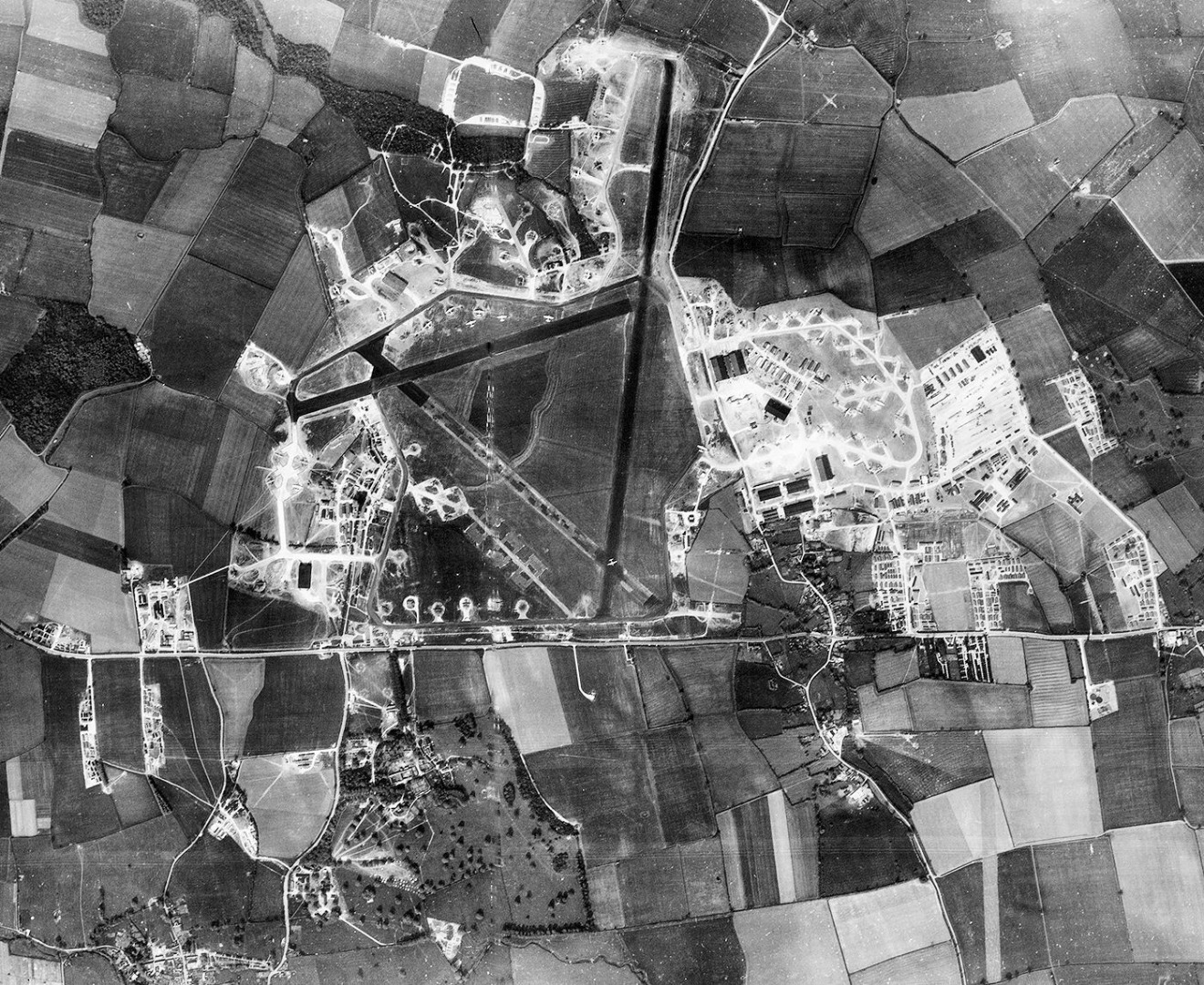 Aerial photograph of Alconbury, 9 May 1944. Courtesy of Wikimedia Commons 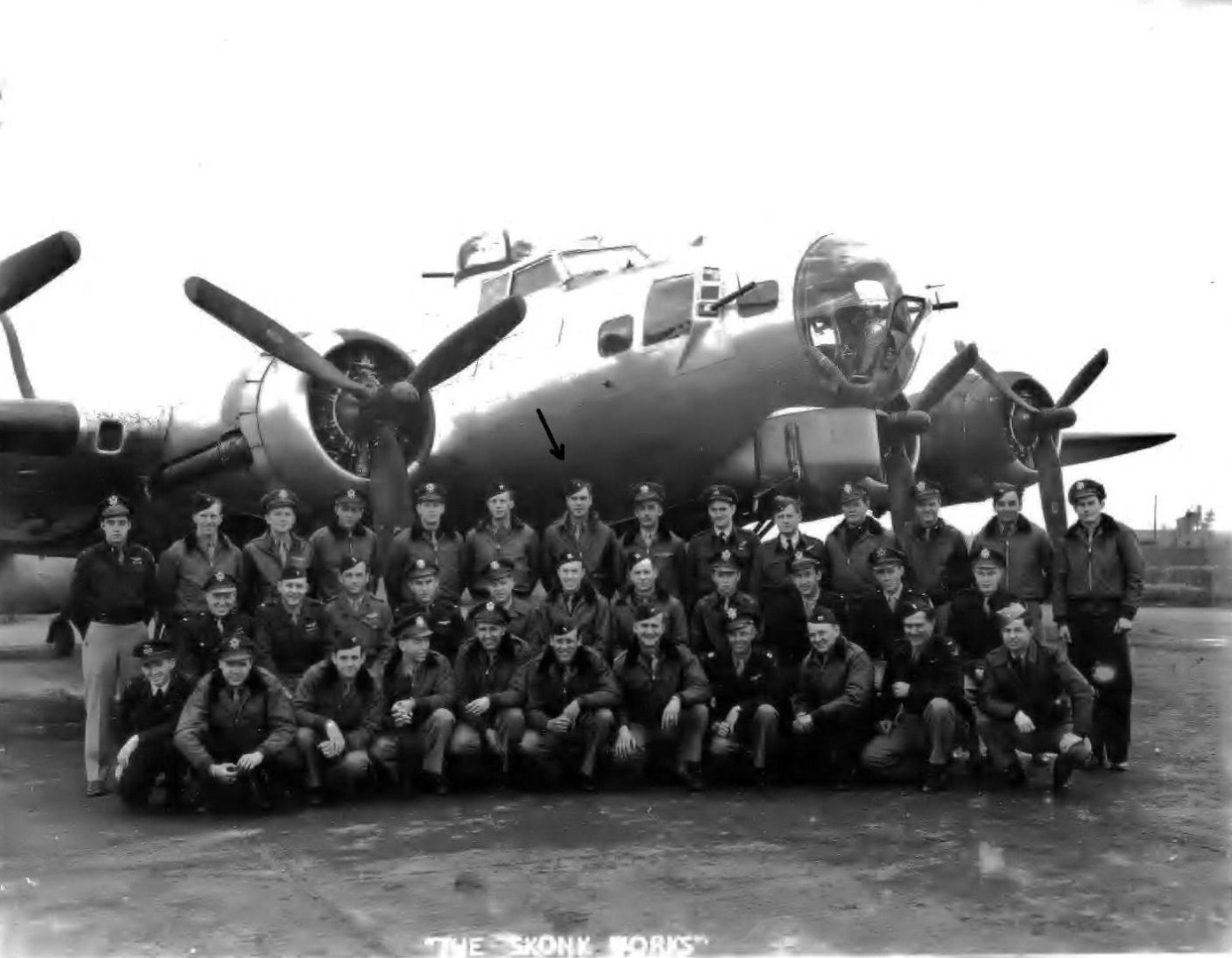 Crews from the 482nd Bombardment Group at Alconbury in 1944. Courtesy of Wikimedia Commons 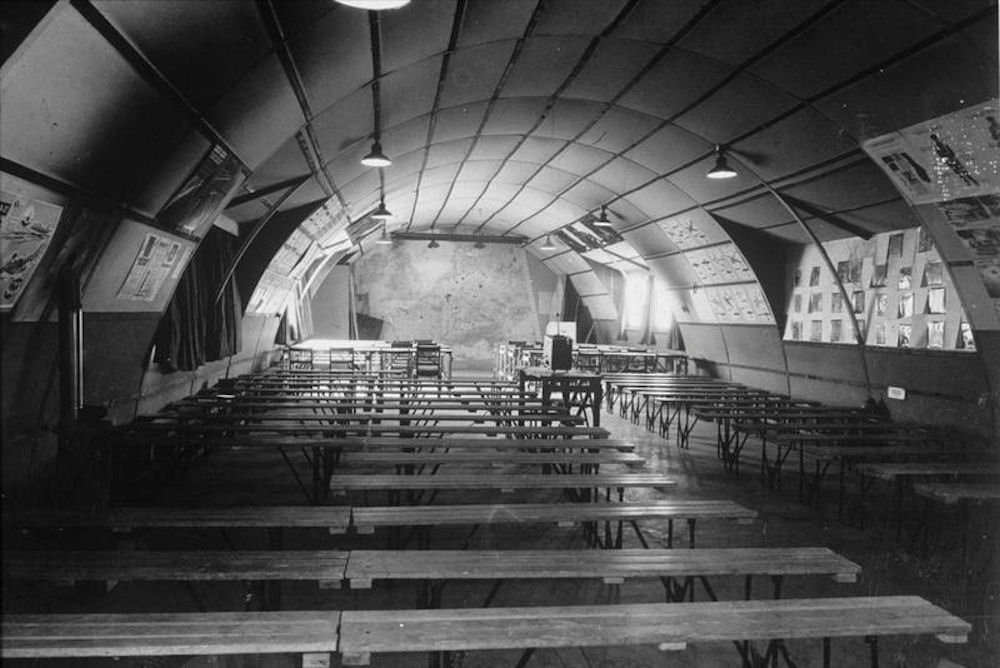 The 93rd Bomb Group briefing hut at Alconbury in 1944. Courtesy of Wikimedia Commons 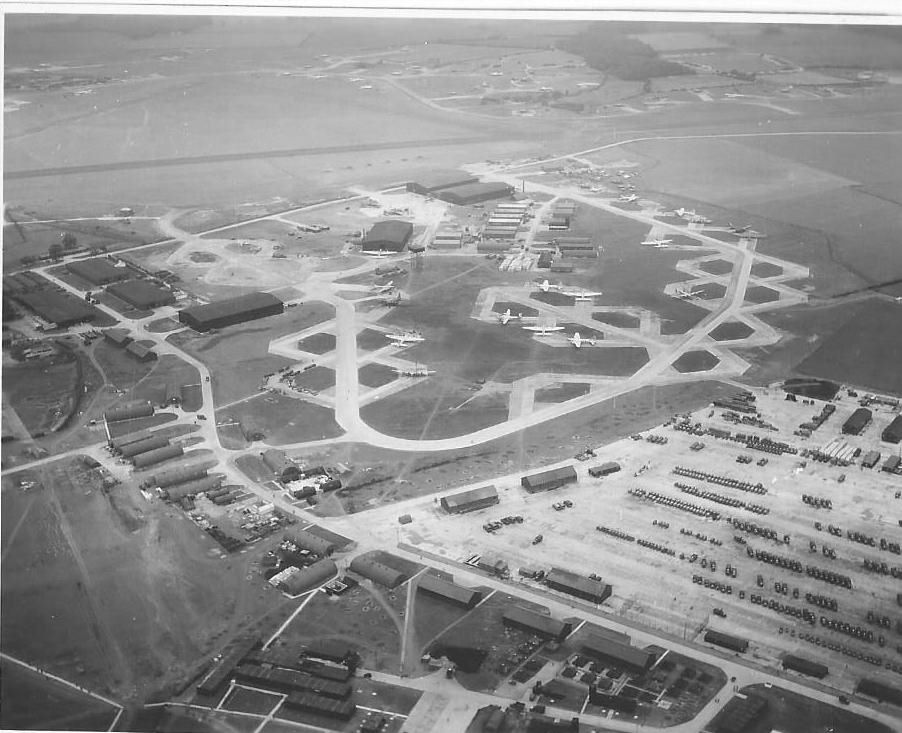 An aerial photograph of Alconbury in 1944. Courtesy of Wikimedia Commons

The 36th Bombardment Squadron, USAAF, at Alconbury, 23 May 1945. Courtesy of Wikimedia Commons 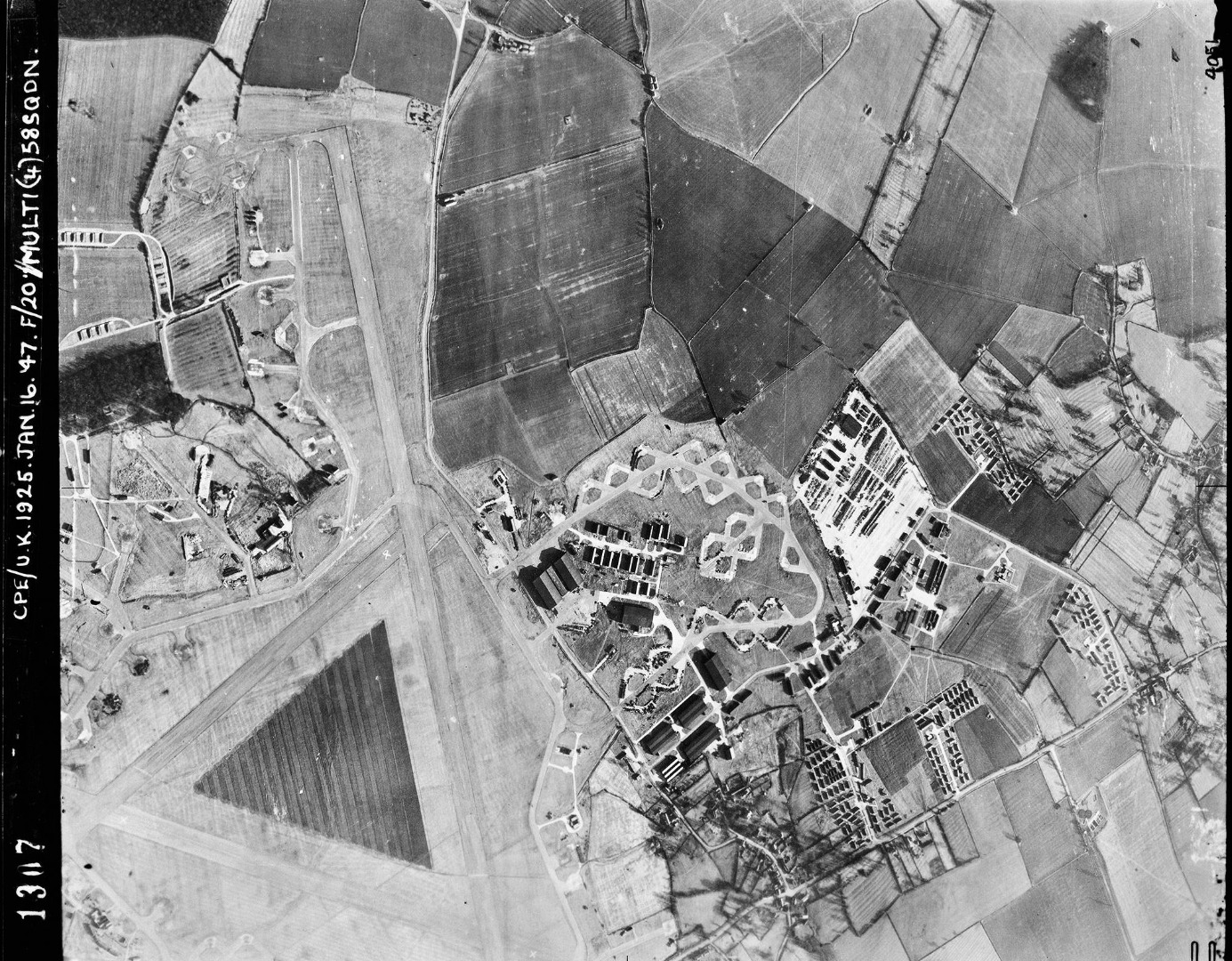 An aerial photograph of Alconbury in 1947. Courtesy of Wikimedia Commons

The Mess Hall at Alconbury, 1956. Courtesy of Wikimedia Commons 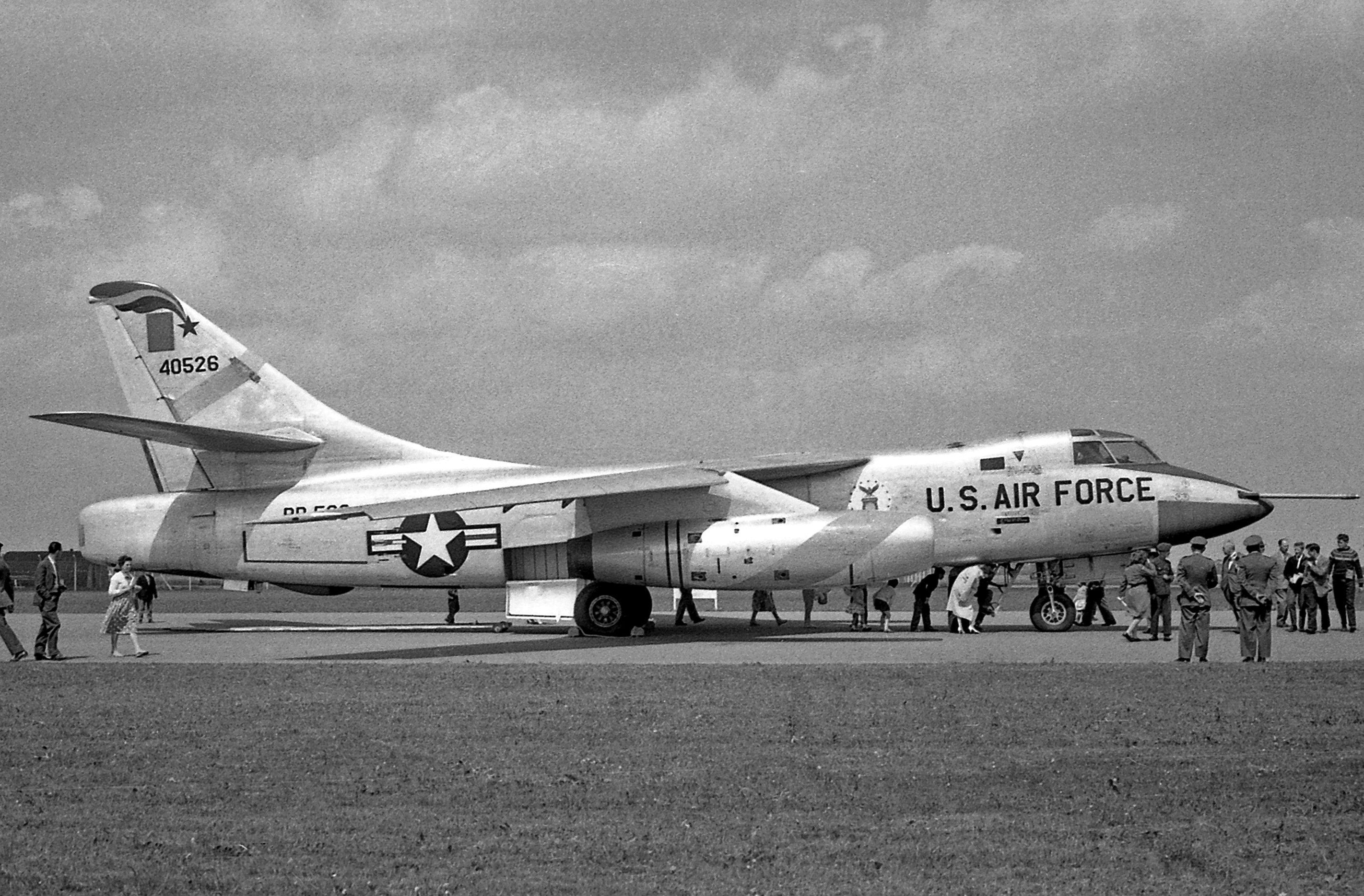 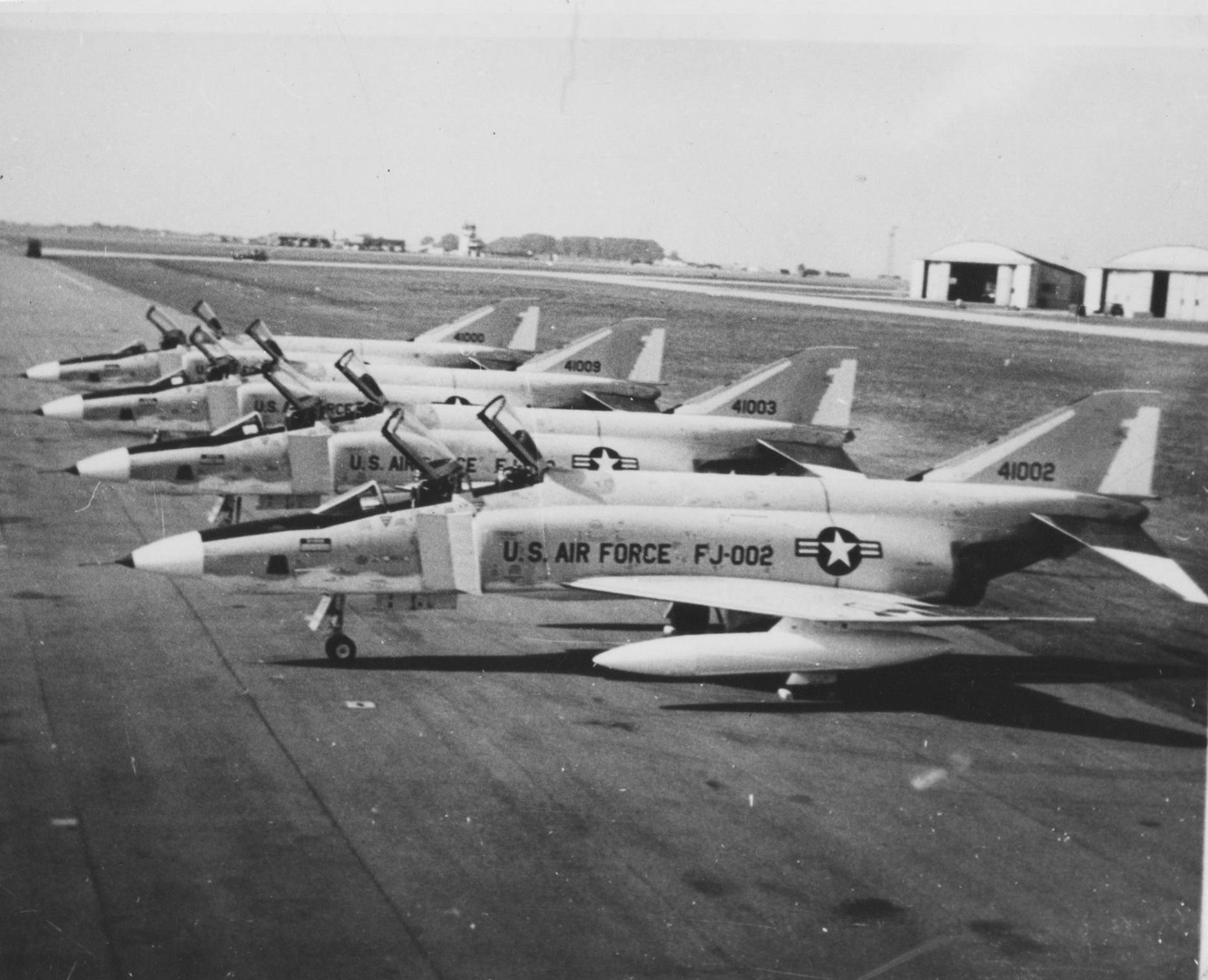 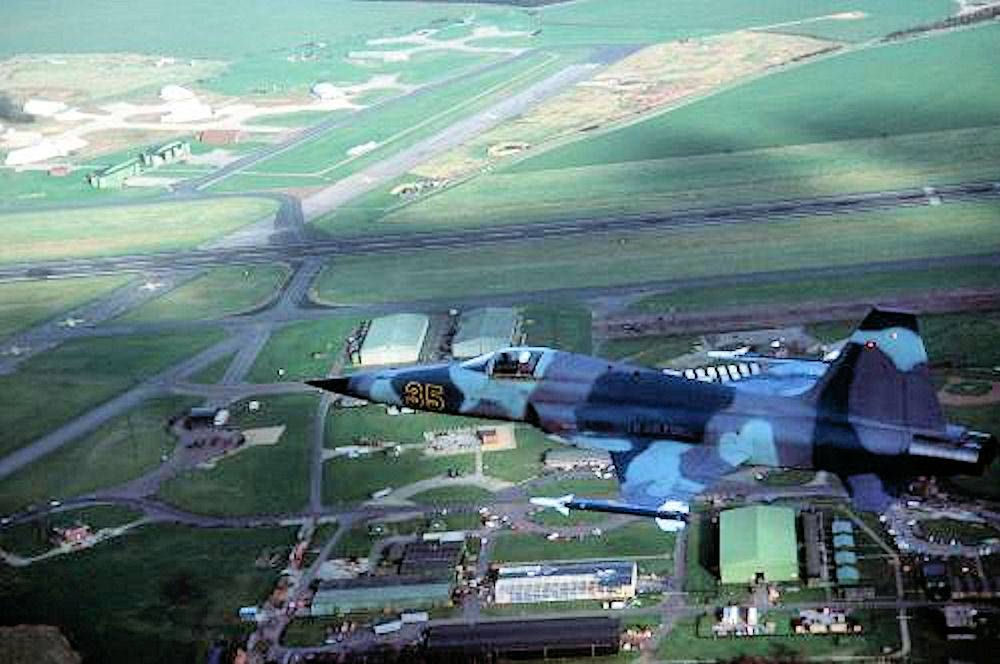 A Northrop F-5E Tiger II over Alconbury in 1979. Courtesy of Wikimedia Commons 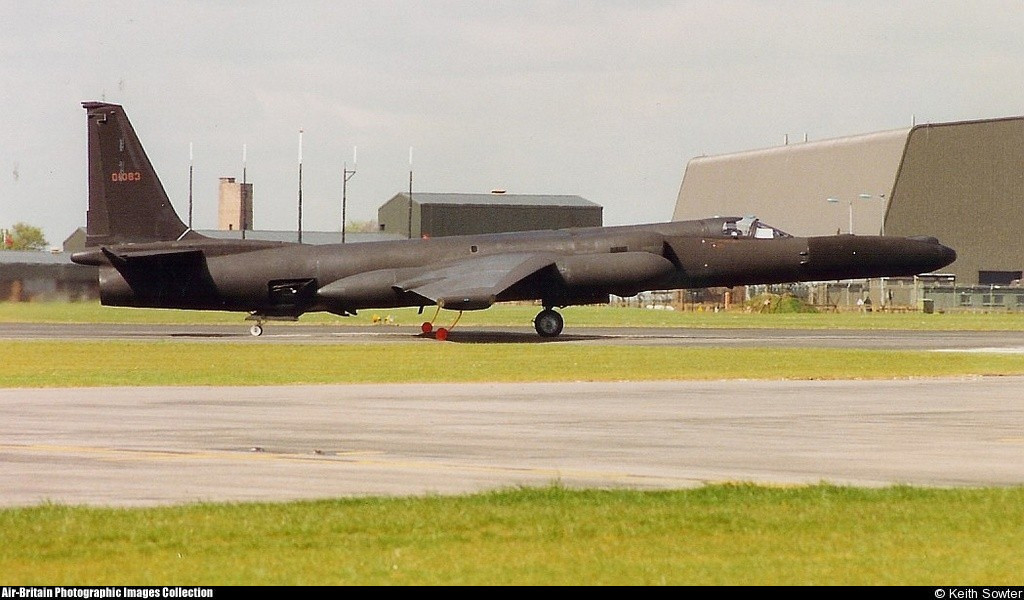 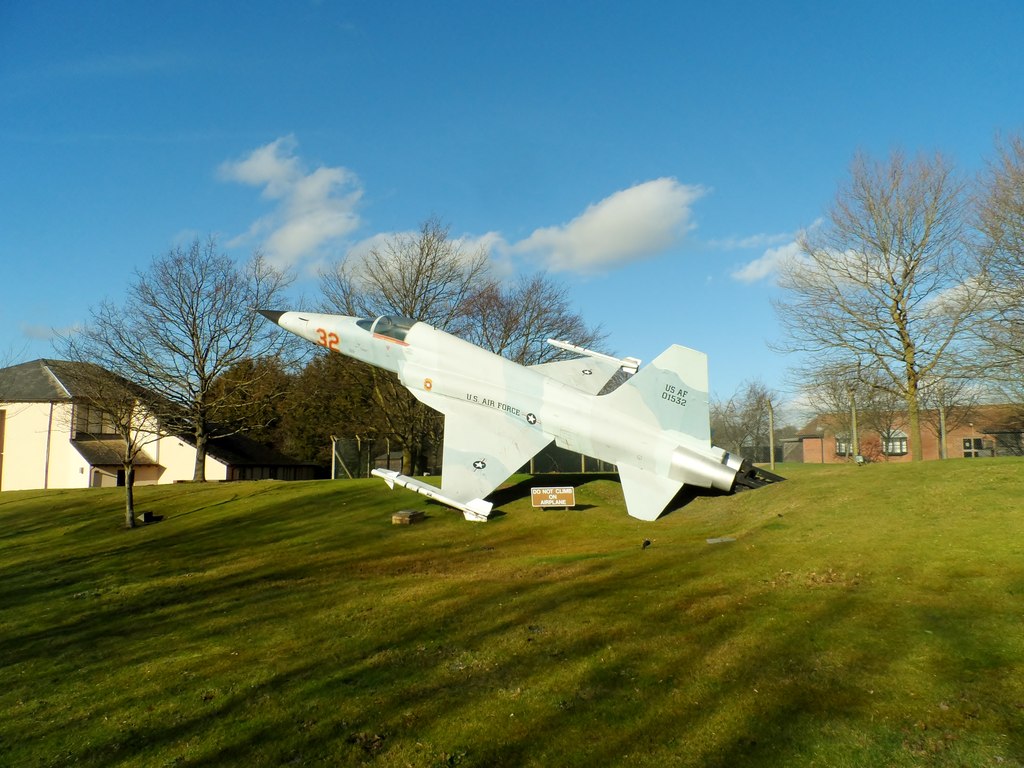 Replica Northrop F-5E outside RAF Alconbury in an Aggressor colour scheme. © Bikeboy and licensed for reuse under this Creative Commons Licence. 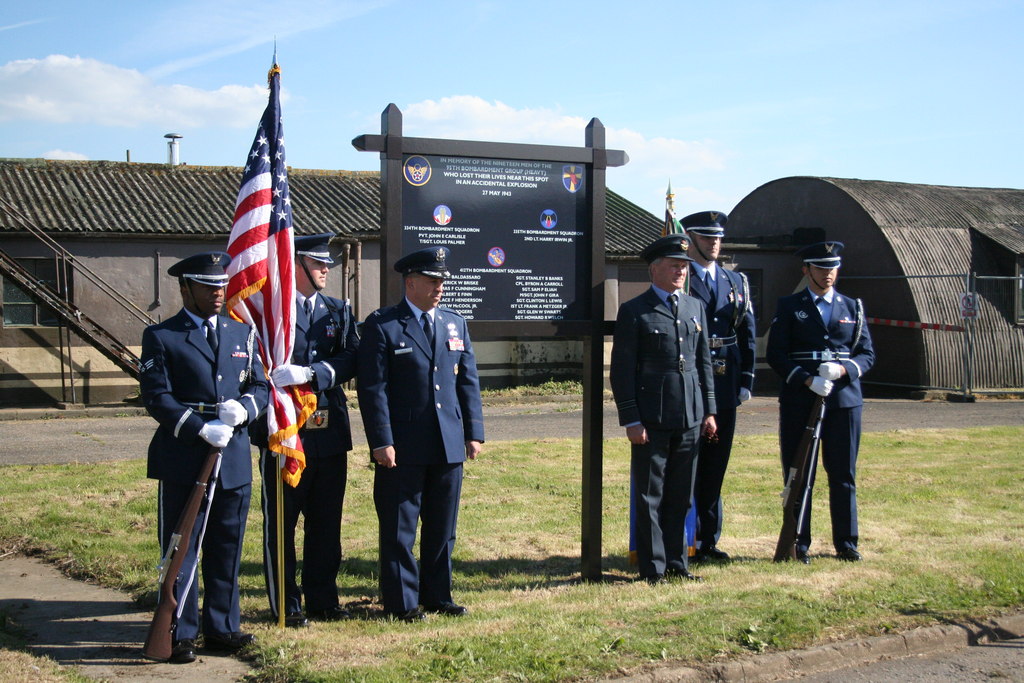 The memorial to the 19 airmen who lost their lives after an accidental bomb explosion on 27 May 1943. © Chris Lowe and licensed for reuse under this Creative Commons Licence. 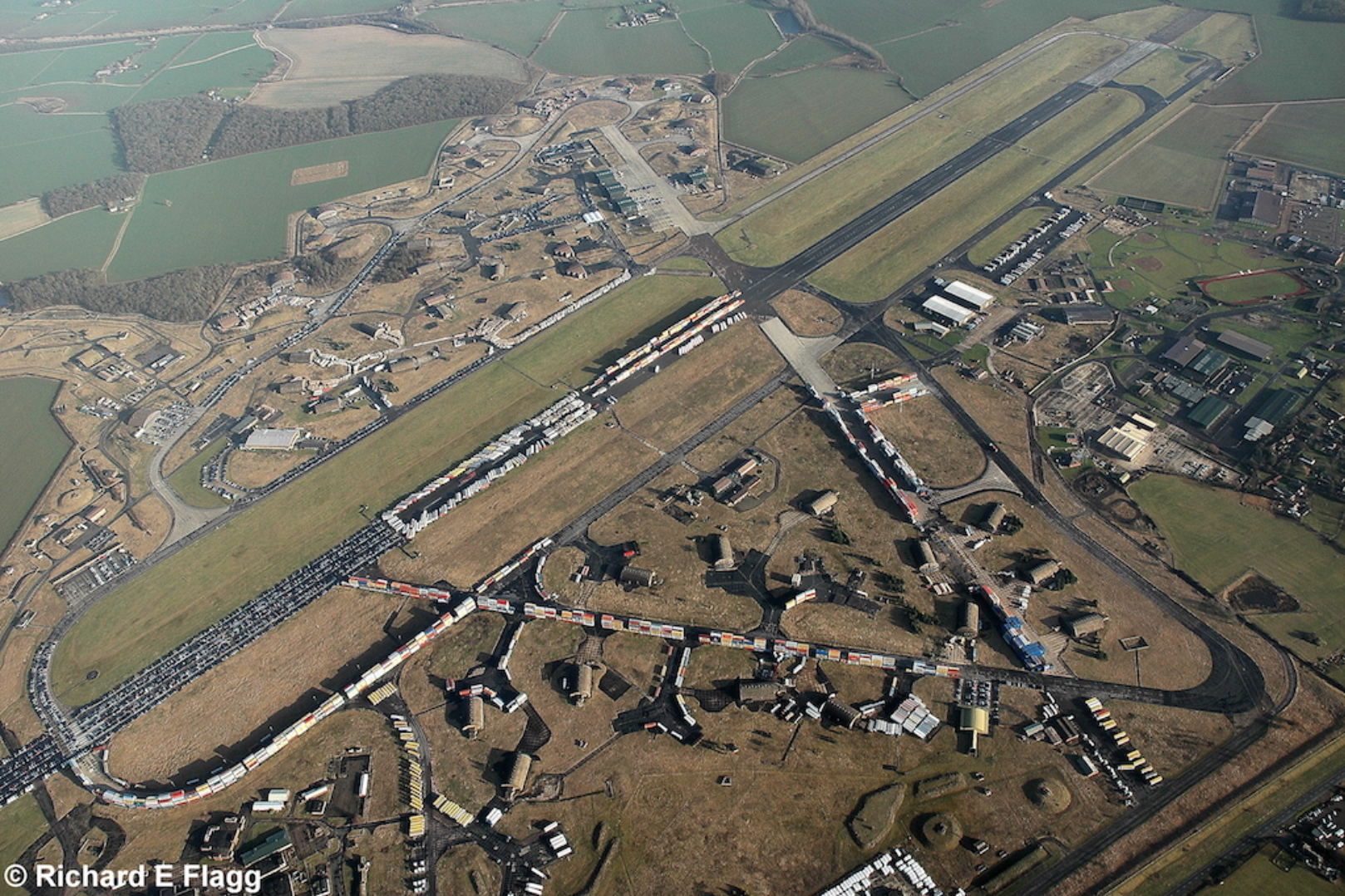 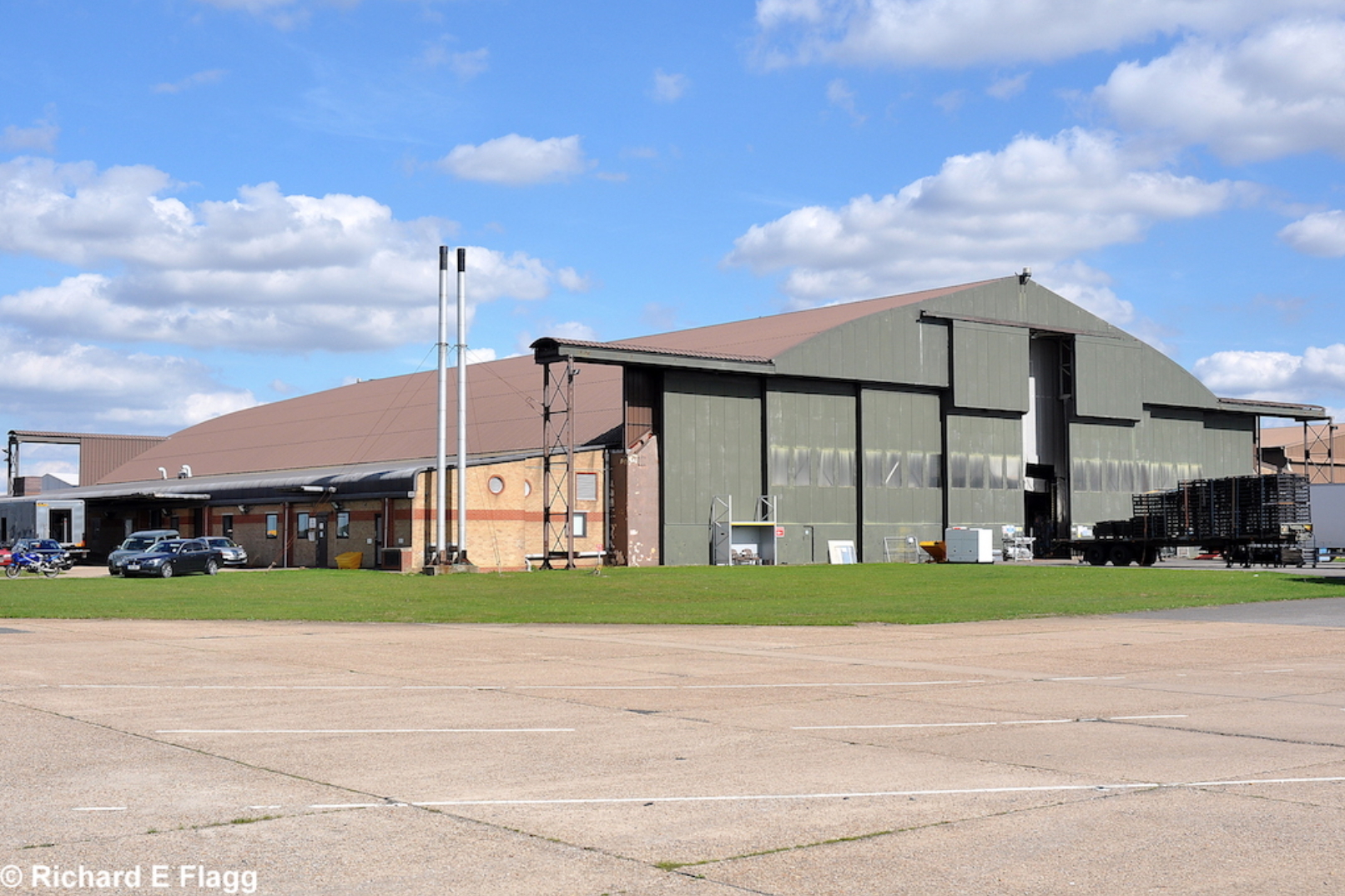 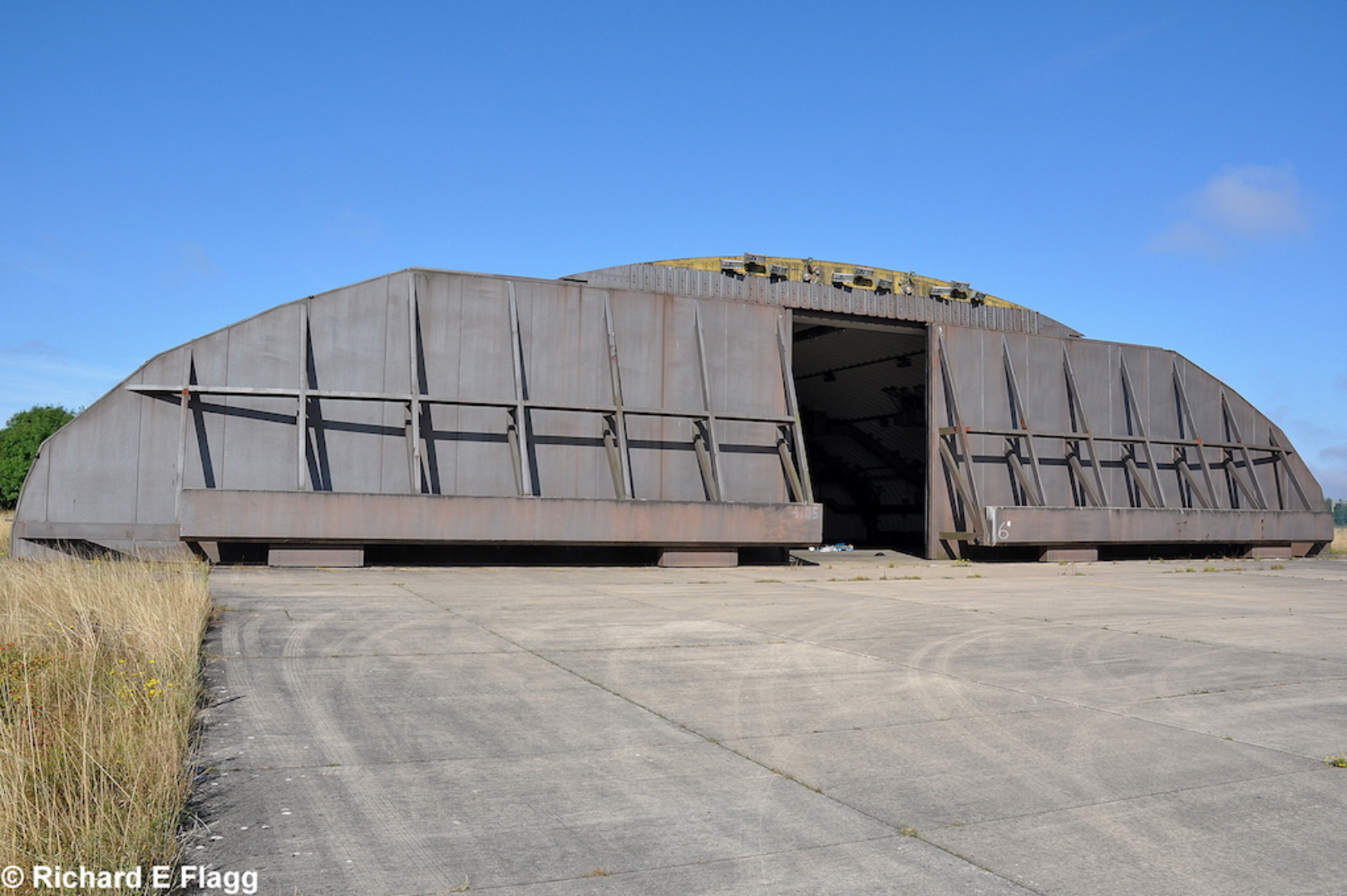 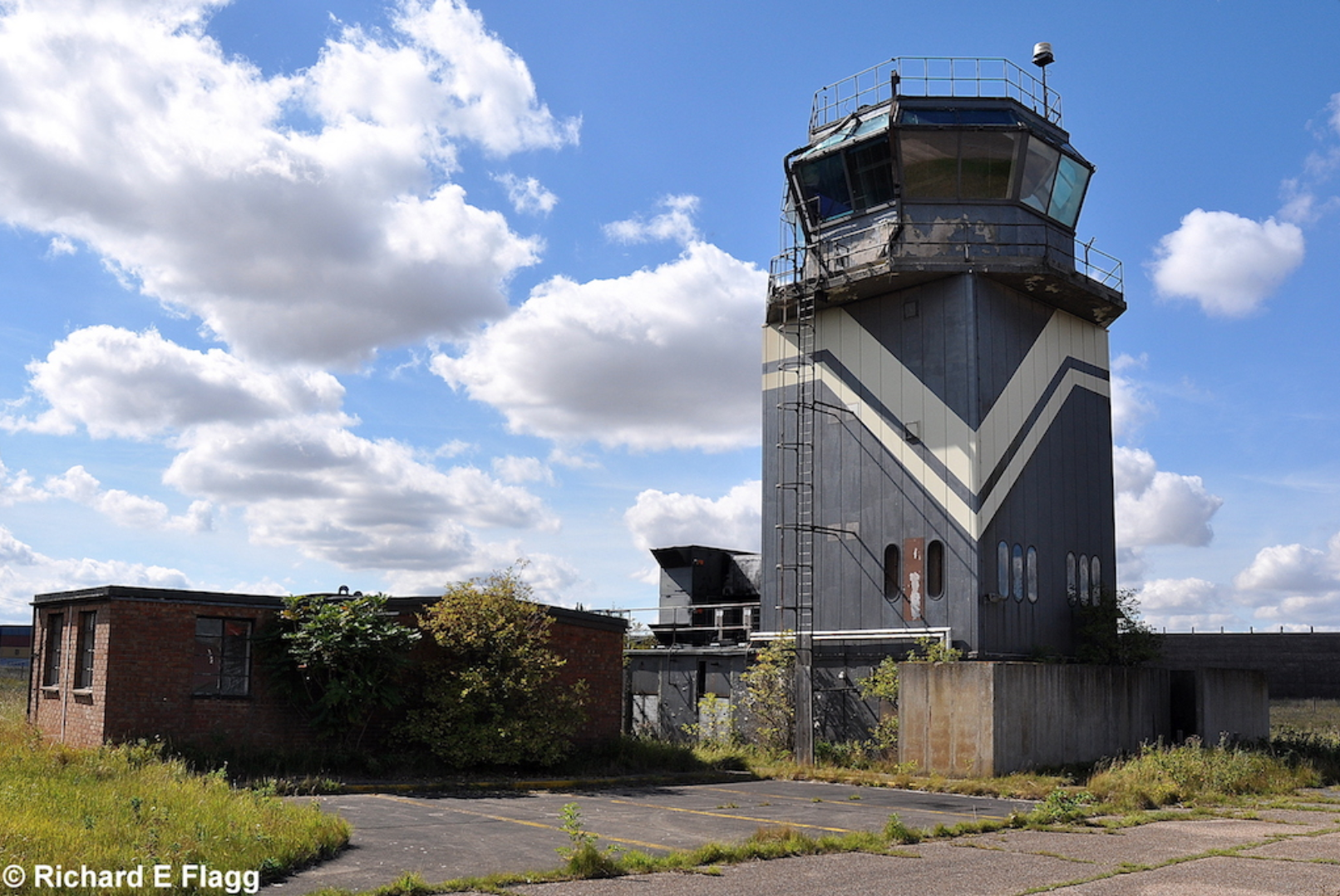 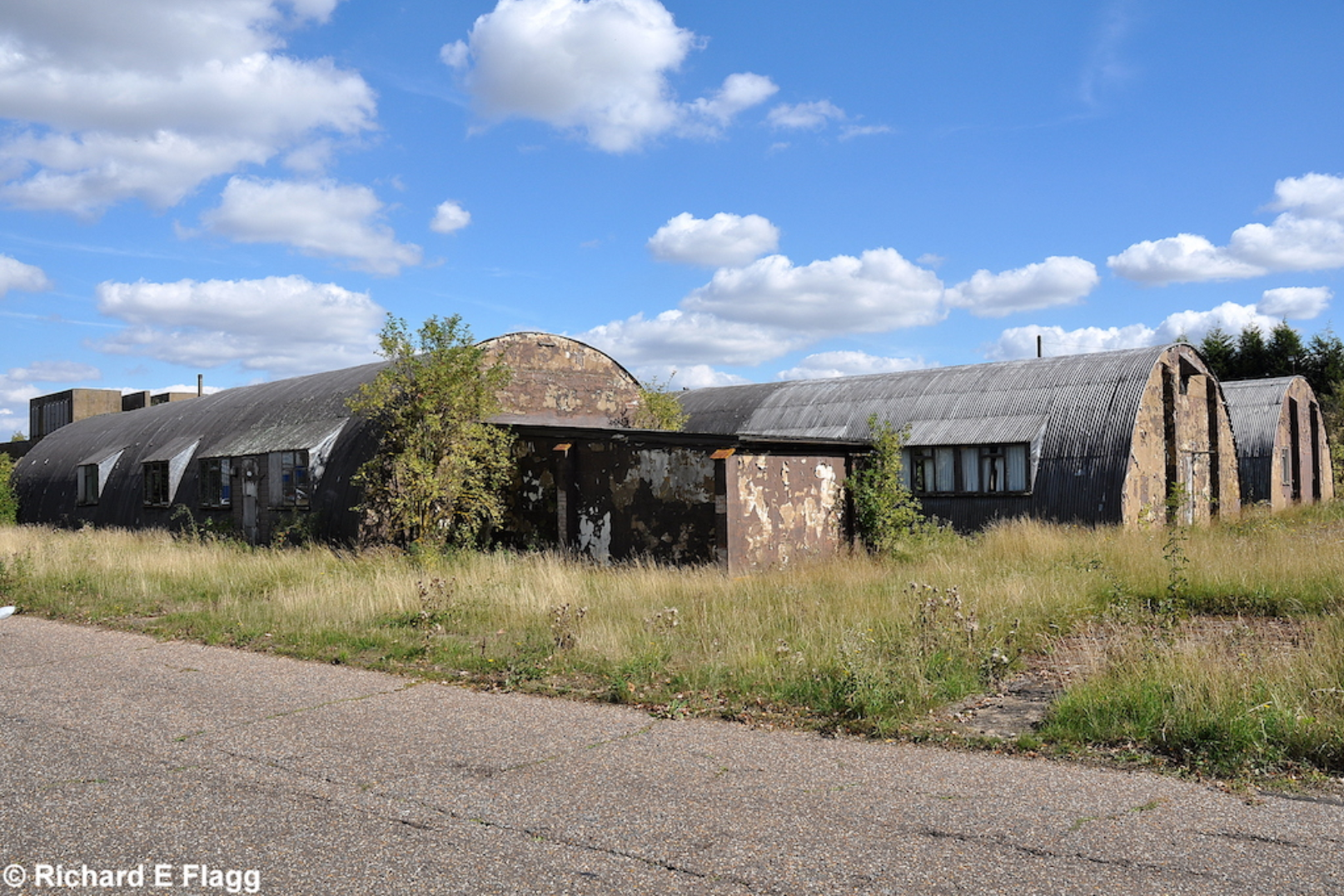 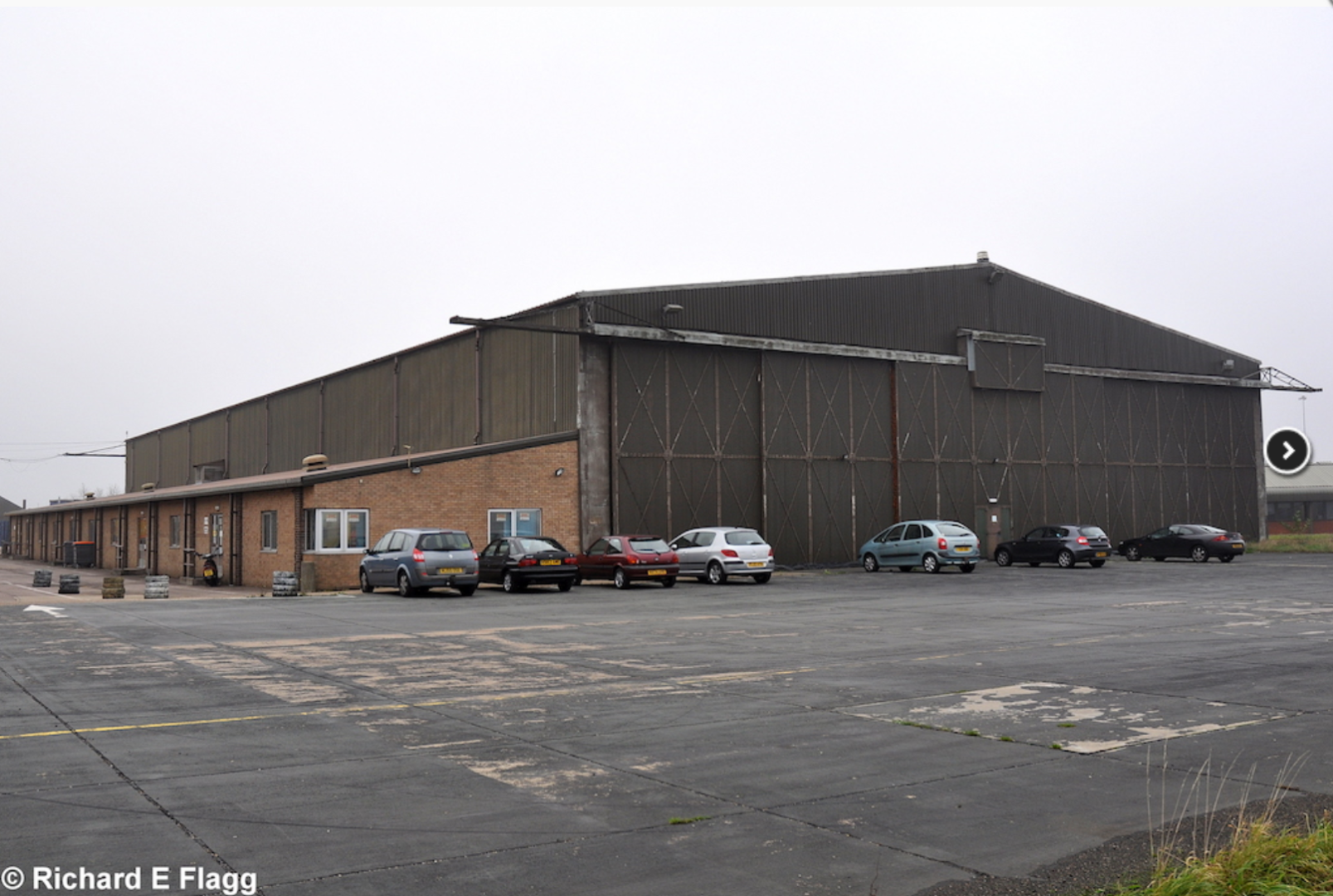 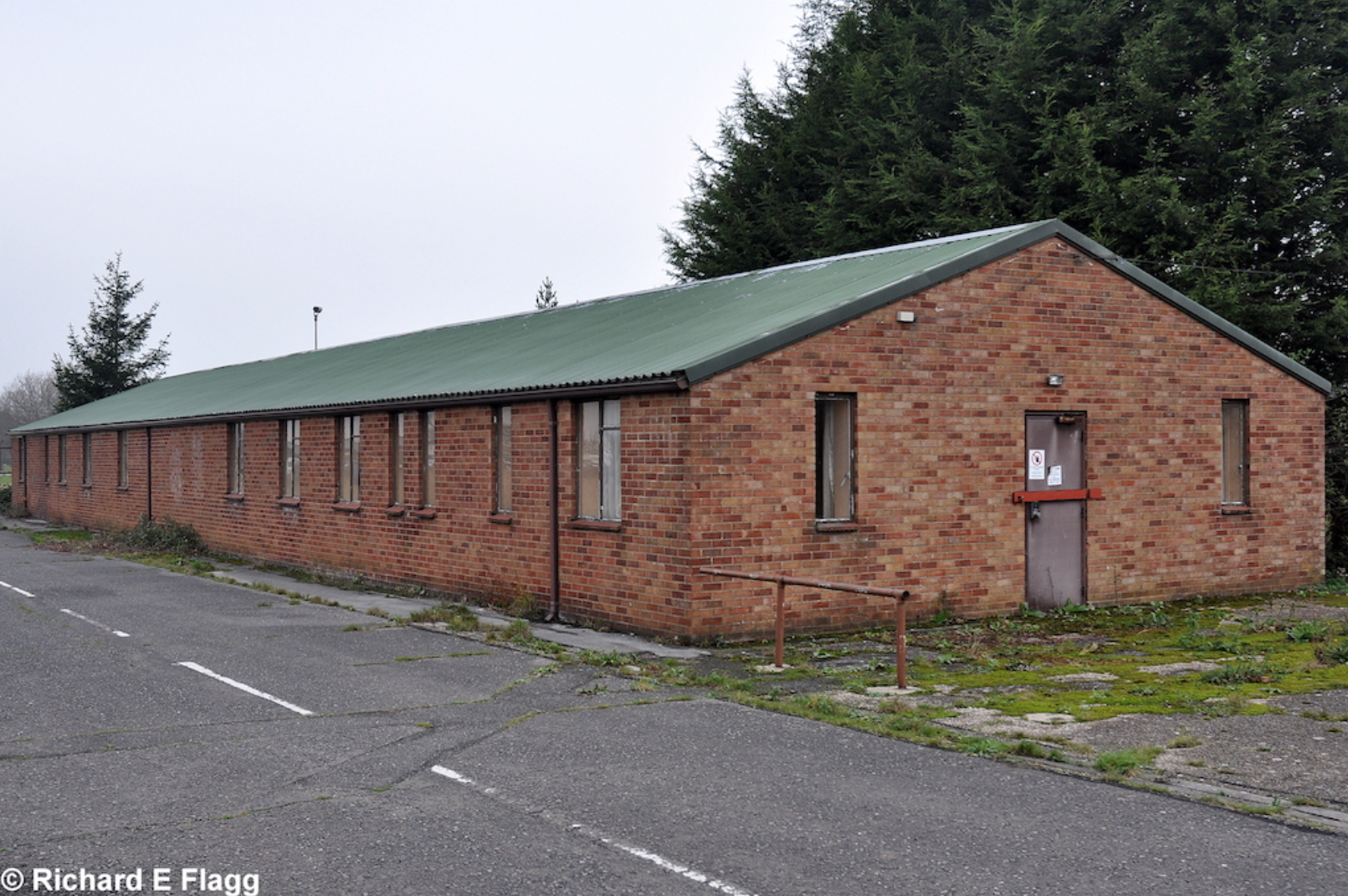 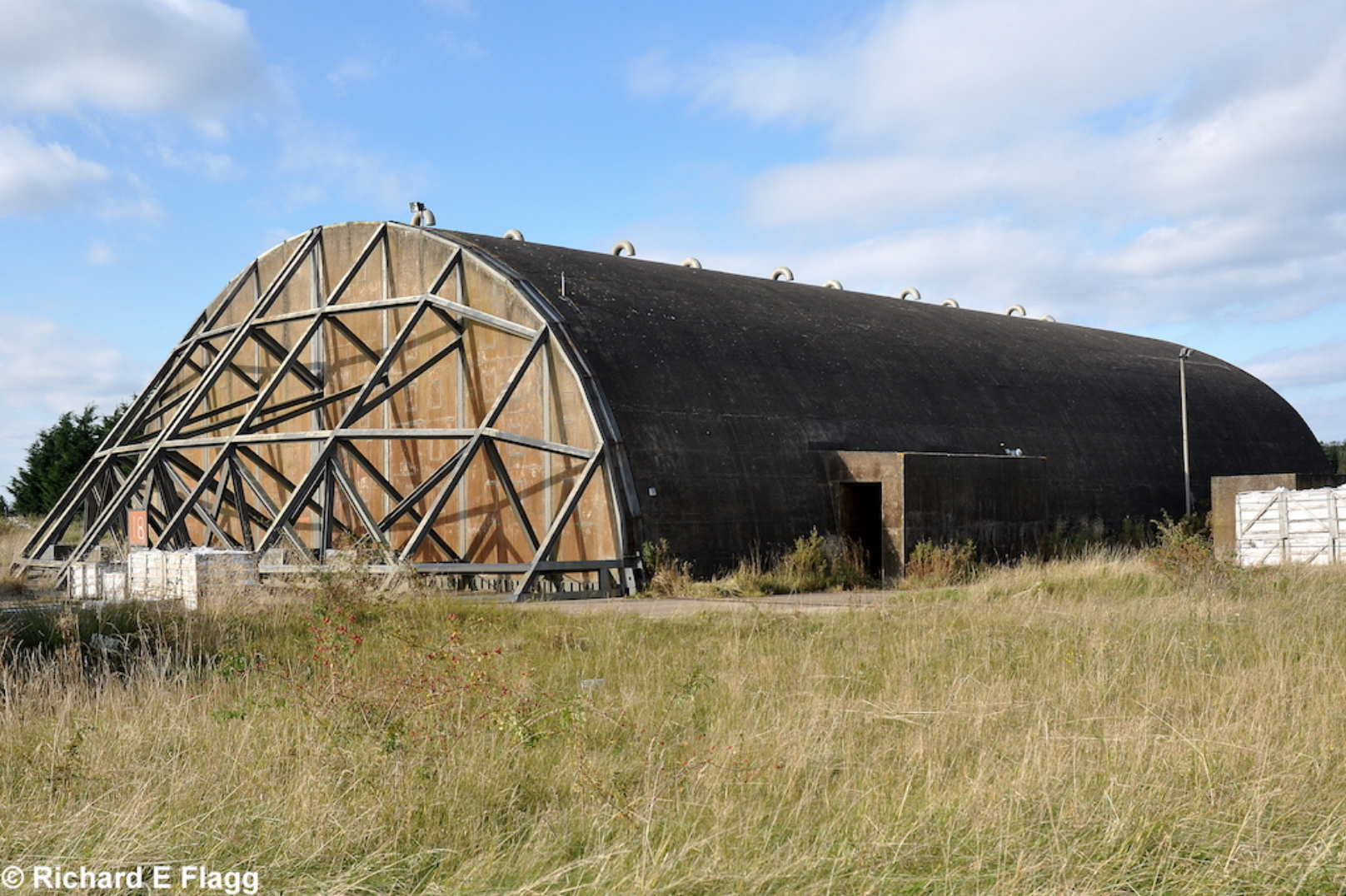 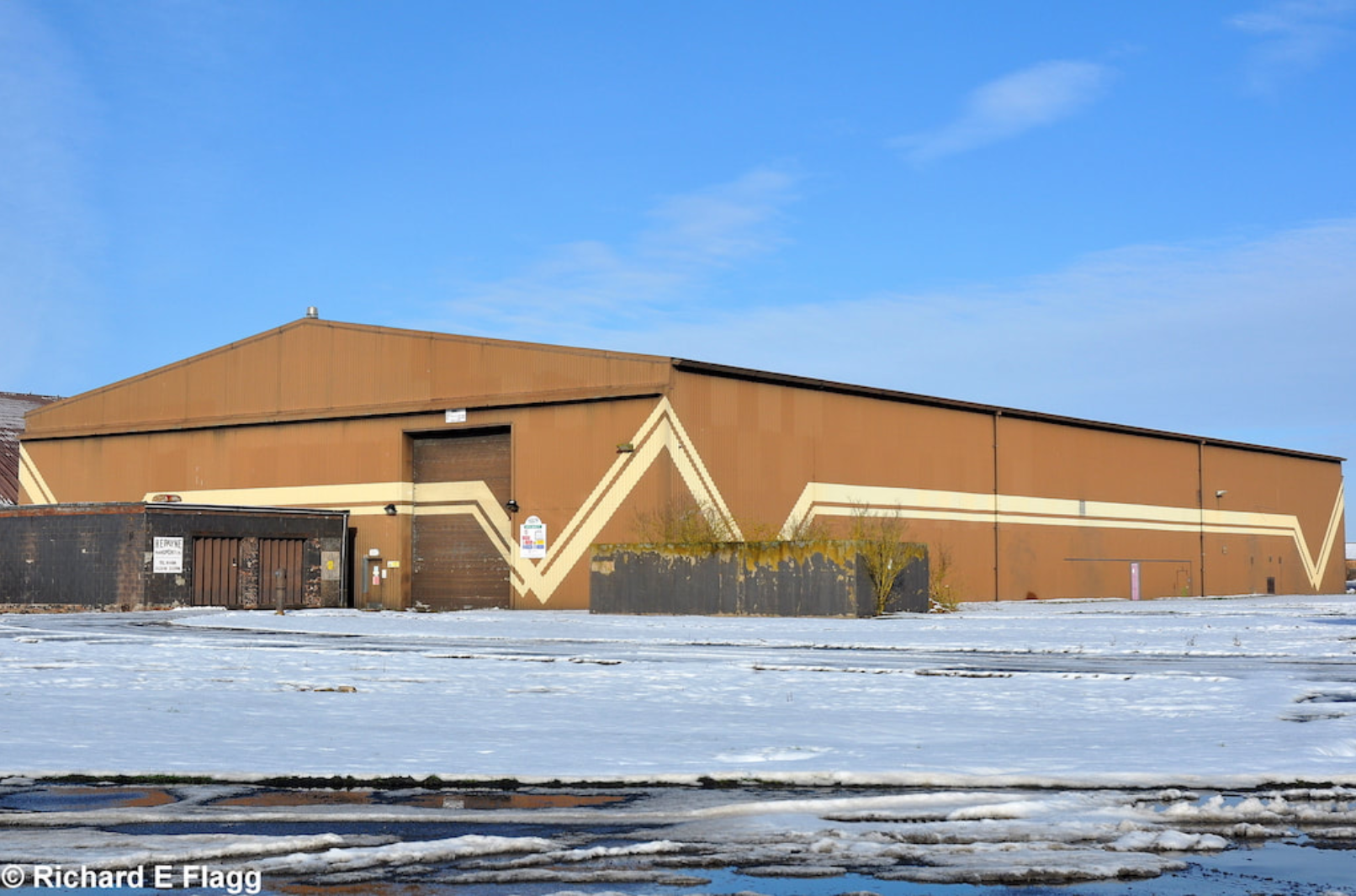 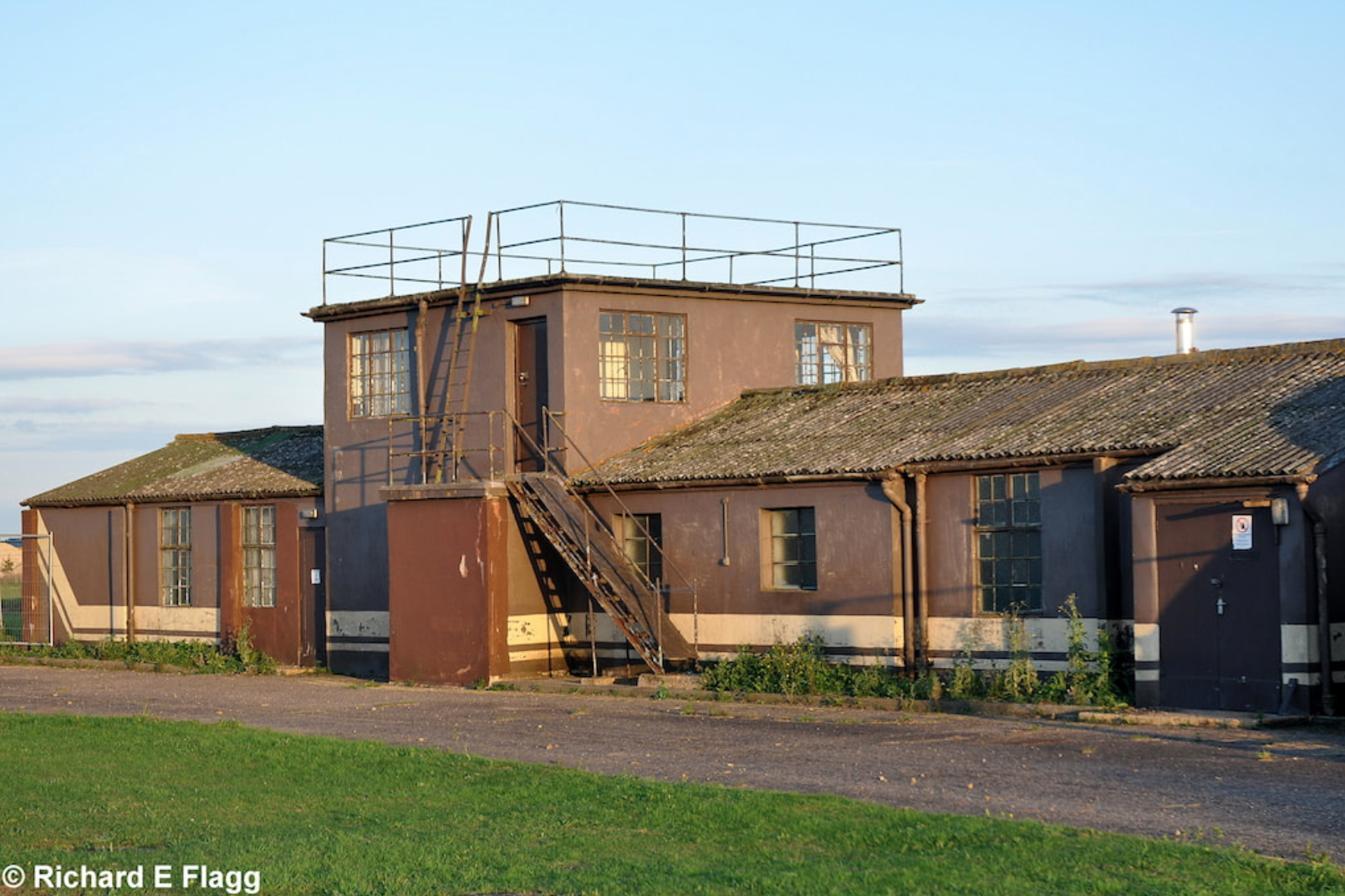 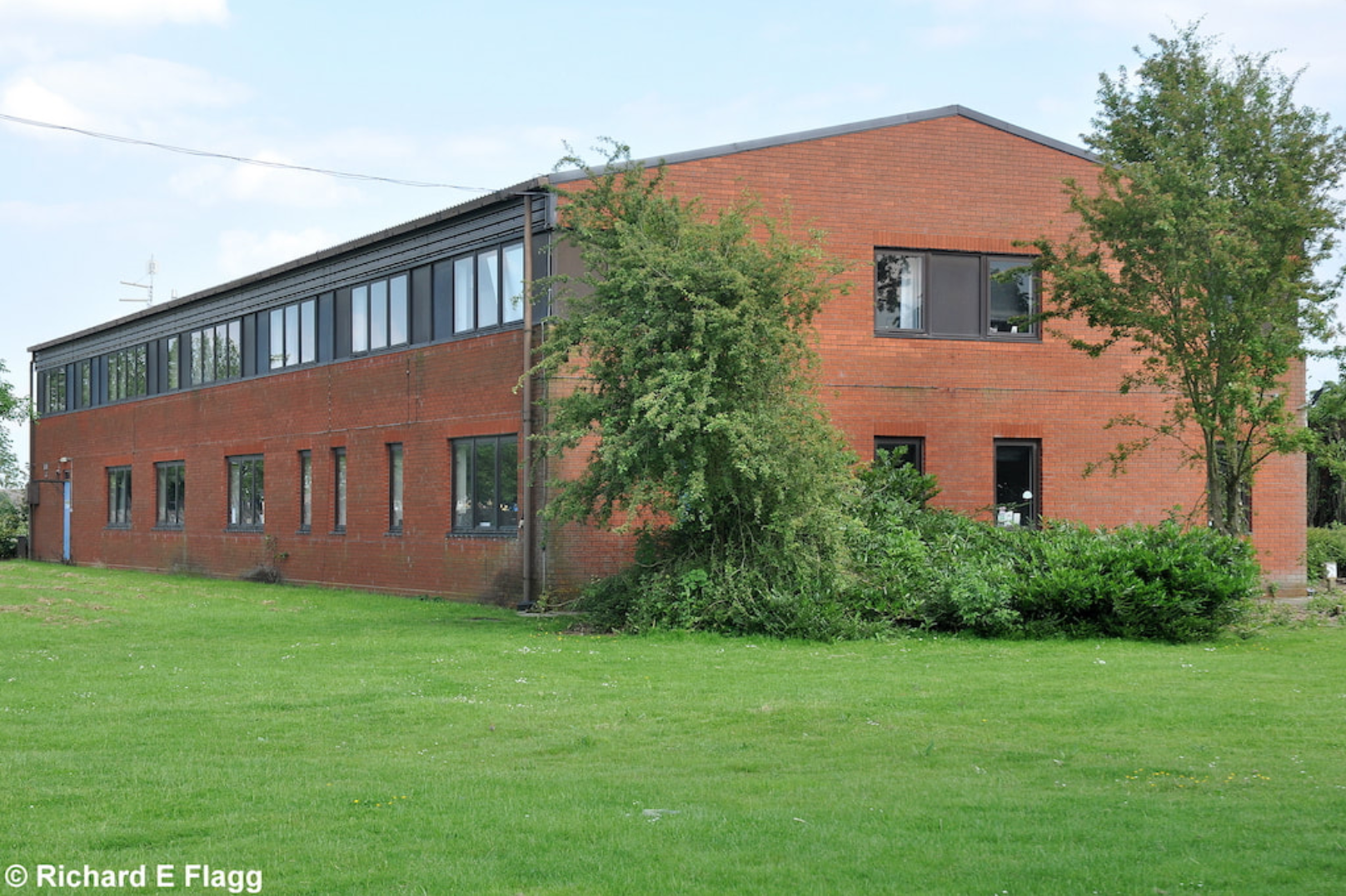 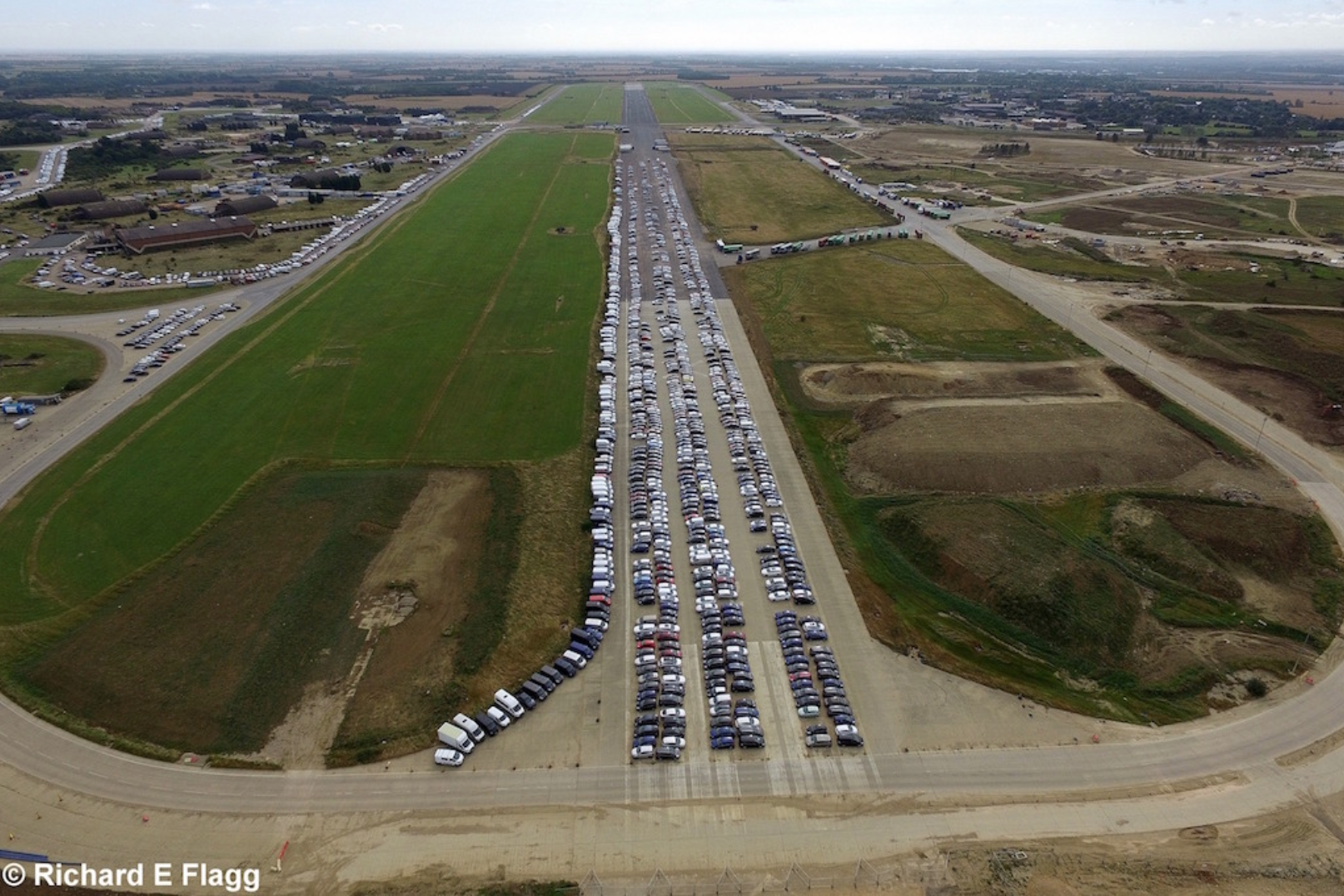 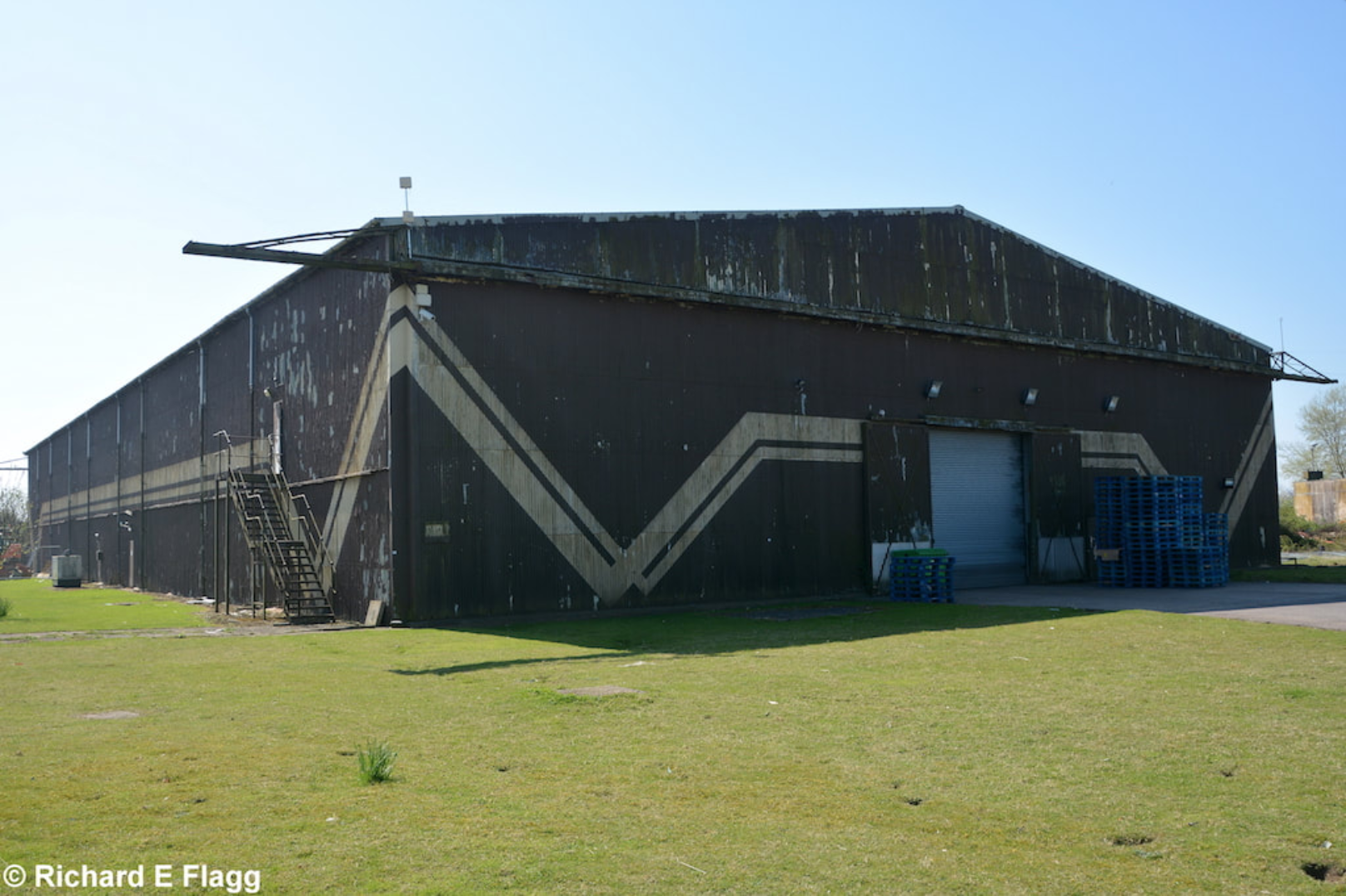 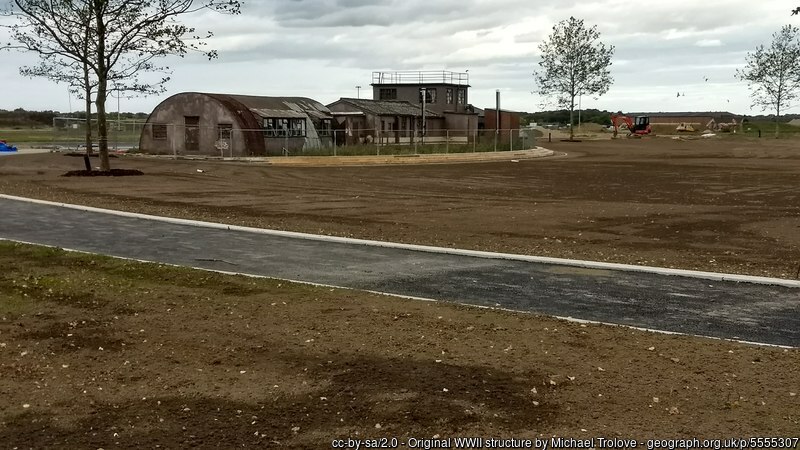 Christmas at Alconbury in 1963. Courtesy of British Pathé

Film from Alconbury in 1967/68. Courtesy of Allan Chapin

Various aircraft types at Alconbury in the 1980s. Courtesy of birdman143's channel

Film after a Hardened Aircraft Shelter was demolished in 2000. Courtesy of footlaunch1

Film showing the demolition of the Control Tower at Alconbury in 2015. Courtesy of footlaunch1

Slideshow of the Airfield Research Group's visit to Alconbury. Courtesy of Mark Kelsall 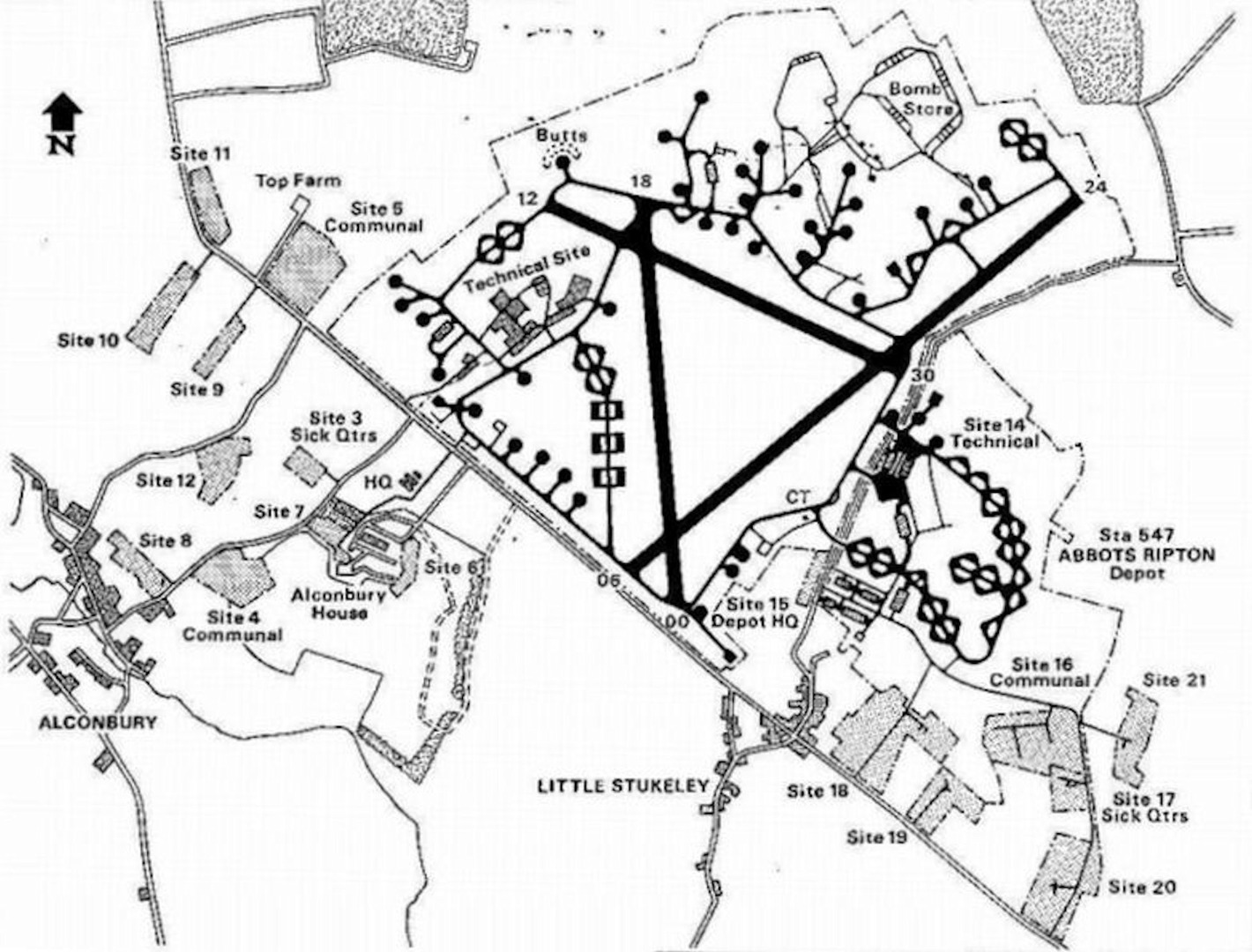 A plan of Alconbury during the Second World War. Courtesy of Wikimedia Commons