Various fighter types of No 51 Squadron initially had Saxthorpe available to them as a Home Defence landing ground during World War One. The unit eventually switched to using Avro 504Ks and Sopwith Camels from early 1918, both of these types remaining in service after the end of fighting.

Photographs of the plaque at Saxthorpe, 2019. Courtesy of Richard Flagg. 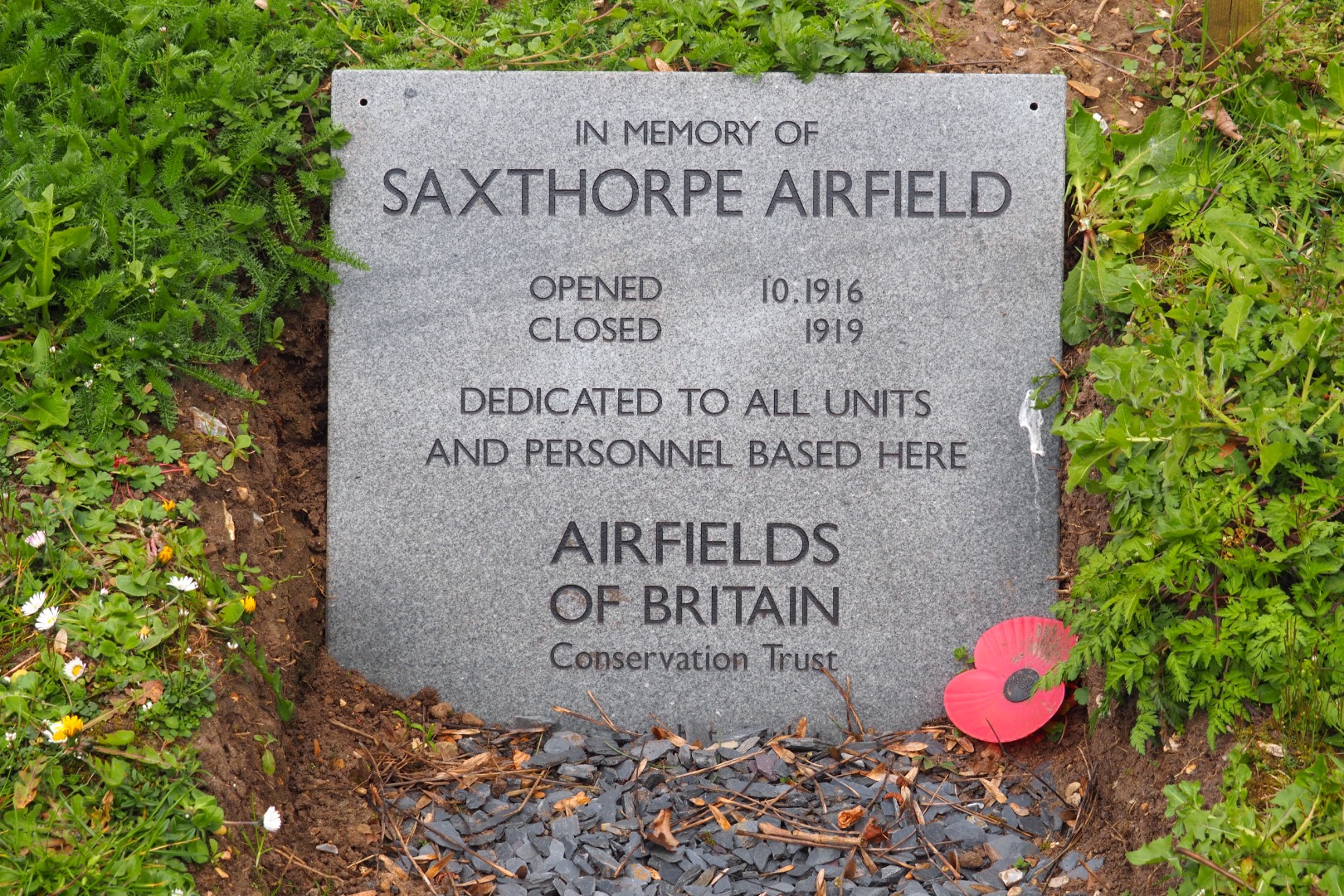 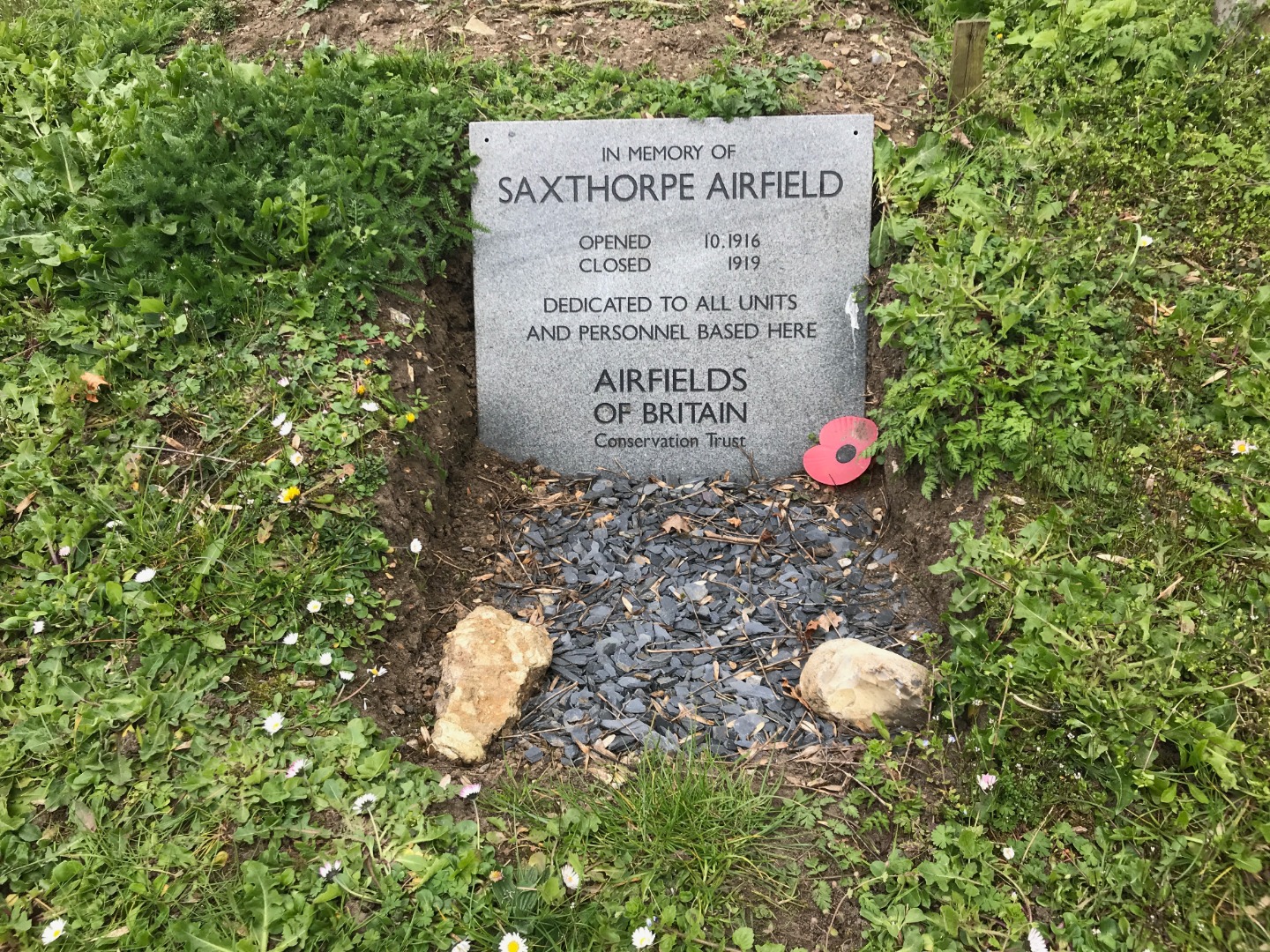 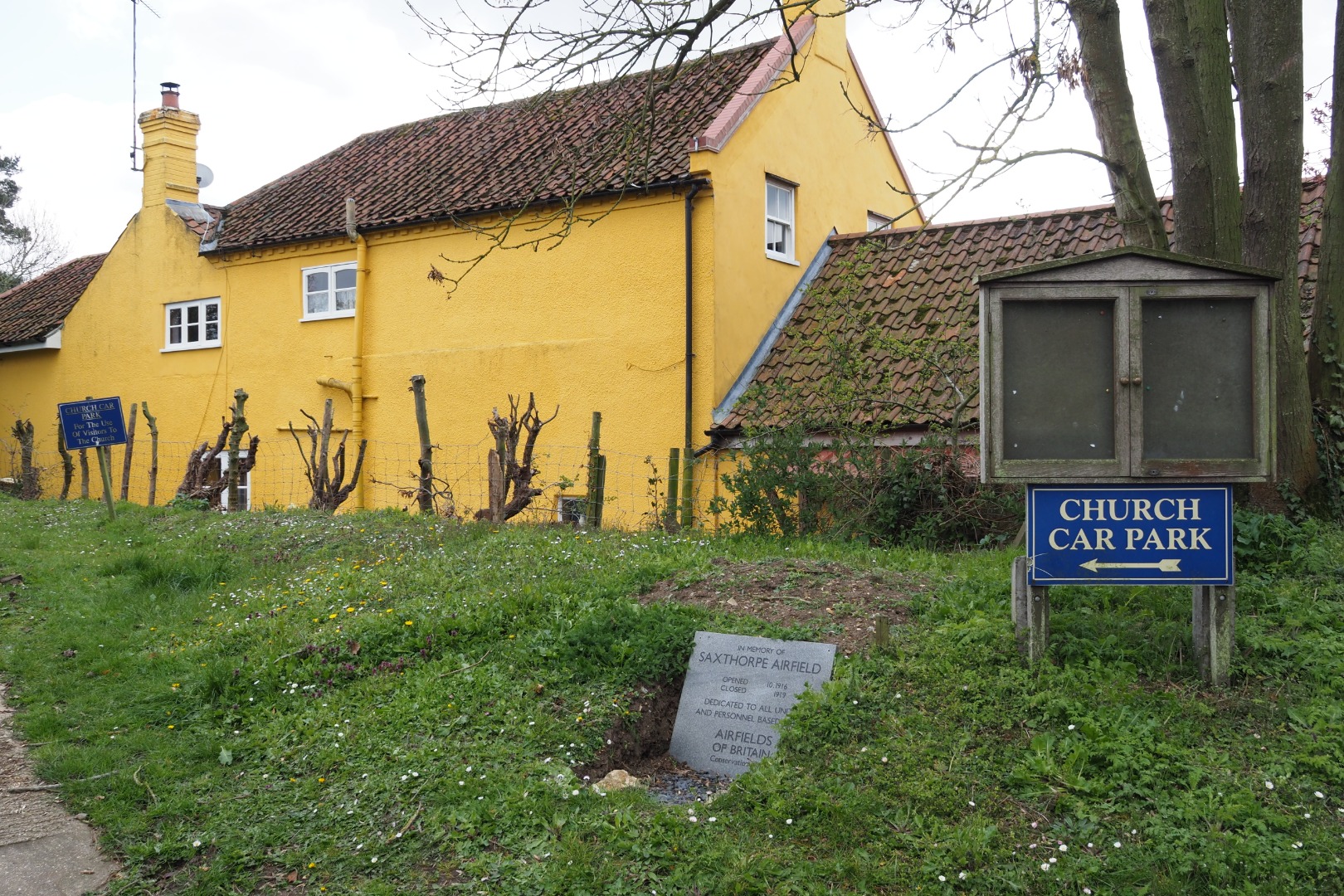