Perth Airport, known locally as Scone, has had a long association with pilot training. No 11 Elementary and Reserve Flying Training School (ERFTS) was the first unit to carry out this role at the airfield, being established by Airwork in January 1936. The school became the main user of Scone during the Second World War, becoming No 11 EFTS with the ‘Reserve’ part of the name dropped. This unit trained thousands of pilots using de Havilland Tiger Moths during the war and disbanded in 1947 to immediately become No 11 Reserve Flying School, which then disbanded in 1954. Another unit to use the airfield was No 7 Civil Air Navigation School (CANS), later No 7 Air Observer and Navigator School, used aircraft such as Avro Ansons and de Havilland Dragon Rapides between January 1939 and June 1940. No 5 Flying Instructors School was a longer resident between October 1940 and November 1942.

Taylorcraft Austers were used by No 1966 Reserve AOP Flight from the spring of 1949, working with the 50th Infantry Division in the Air Observation role until 1957 when the unit was disbanded. Glasgow University Air Squadron (from 1965 known as the Universities of Glasgow & Strathclyde Air Squadron) was also a long time user of the site between 1950 and 1993.

British Airways briefly used Perth for flights to Stavanger at the beginning of the Second World War but this and a brief BEA service to Renfrew after the war have been the only scheduled commercial flights from the airport. Airwork Services eventually bought the site after the Second World War and continued the long tradition of pilot training. The school became known as Air Service Training Perth, instructing students for a large number of airlines. ACS Aviation are the current airfield operators and they run Scotland’s busiest commercial flight training school. Other users of the site include Scotland’s Charity Air Ambulance (SCAA) since 22 May 2013, the airfield’s location giving excellent access to most of Scotland.

Perth began with a rectangular grass landing area with two hard runways were built in 1969 to cope with increasing use. These and a third grass strip are still in use today and many of the wartime buildings survive. 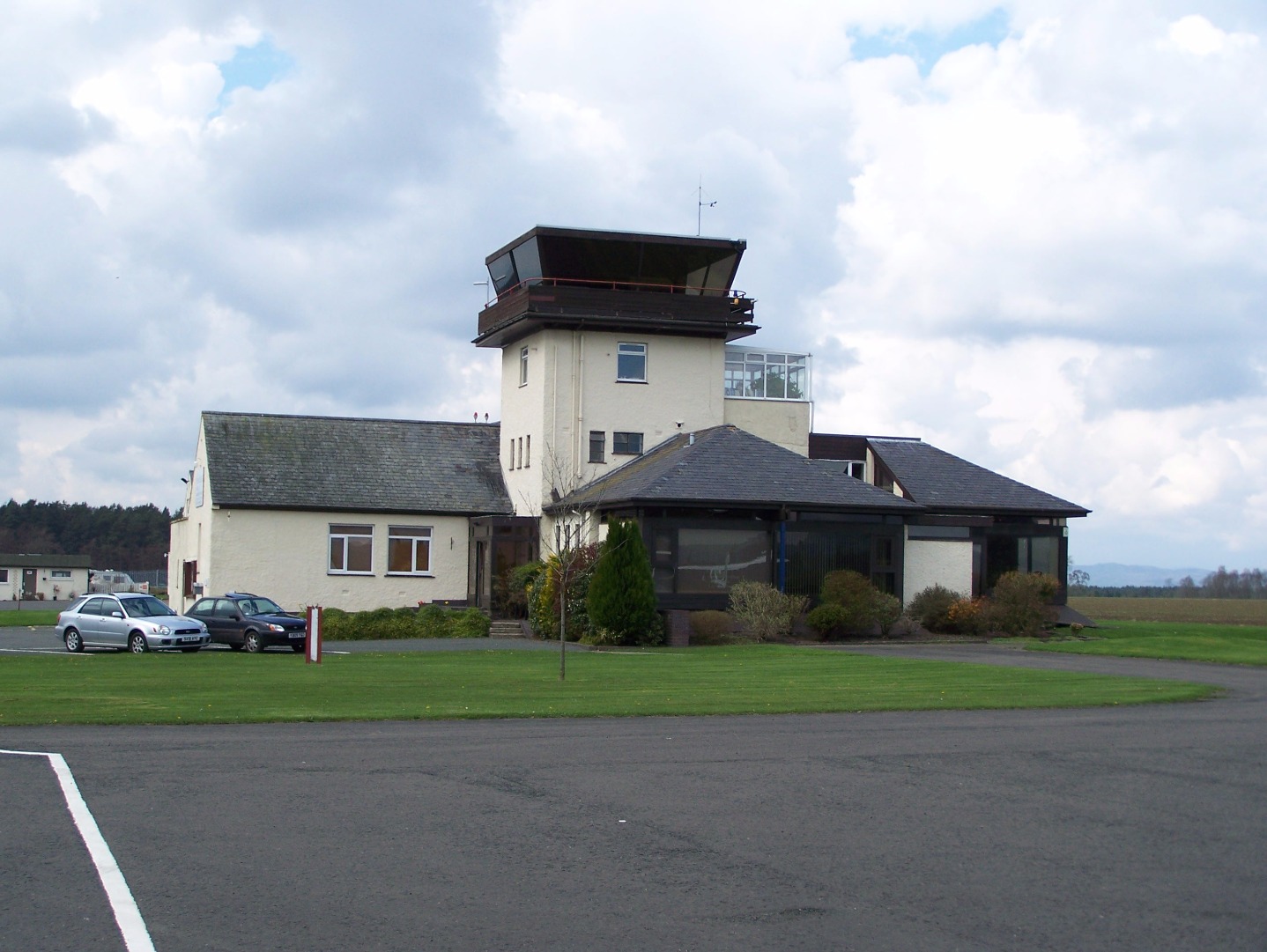 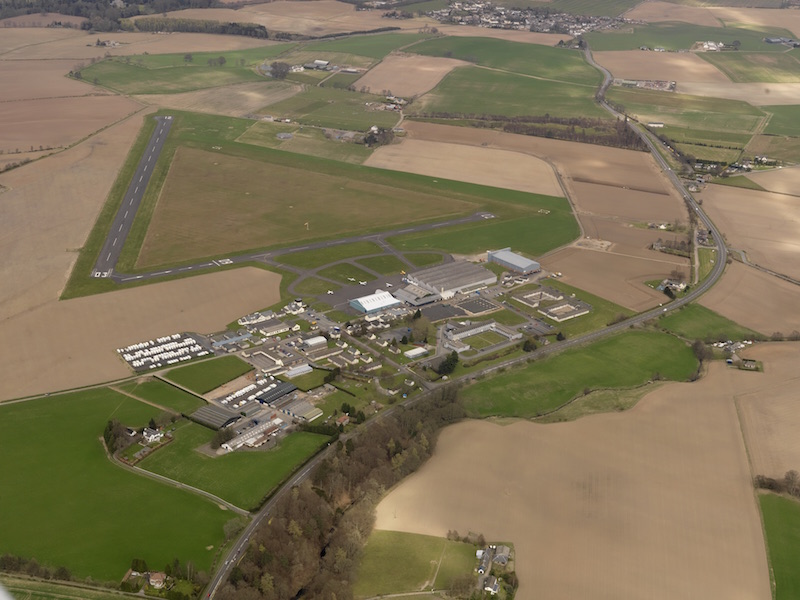 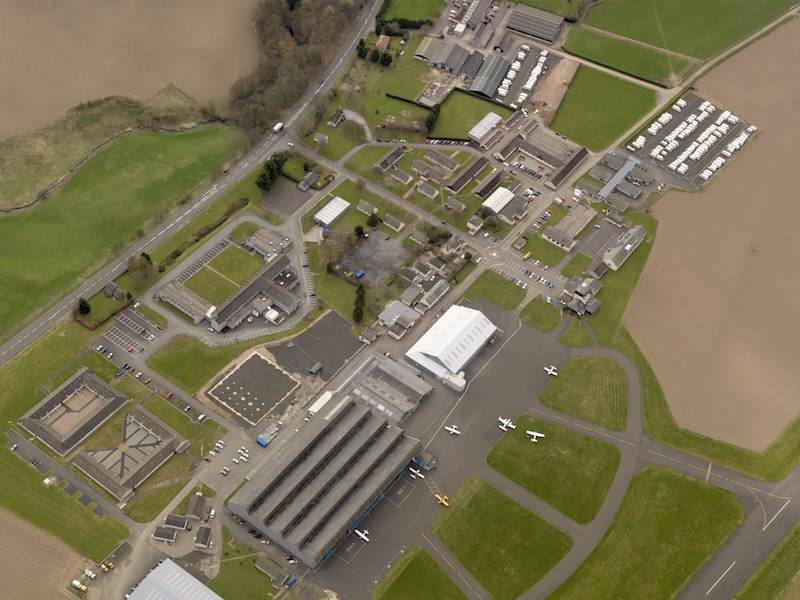 Aerial view centred on the technical area of the airfield, taken from the north-east, 25 April 2008. © Crown Copyright: Historic Environment Scotland 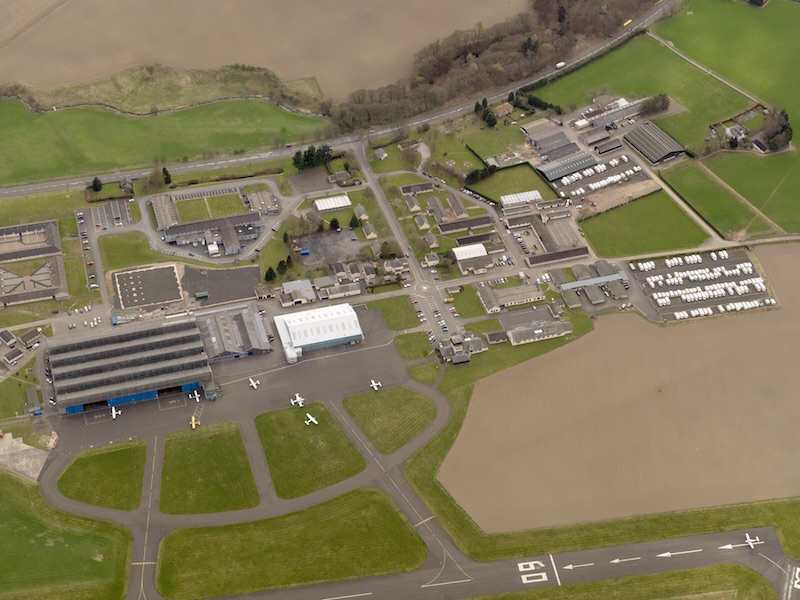 Aerial view centred on the technical area of the airfield, taken from the north, 25 April 2008. © Crown Copyright: Historic Environment Scotland 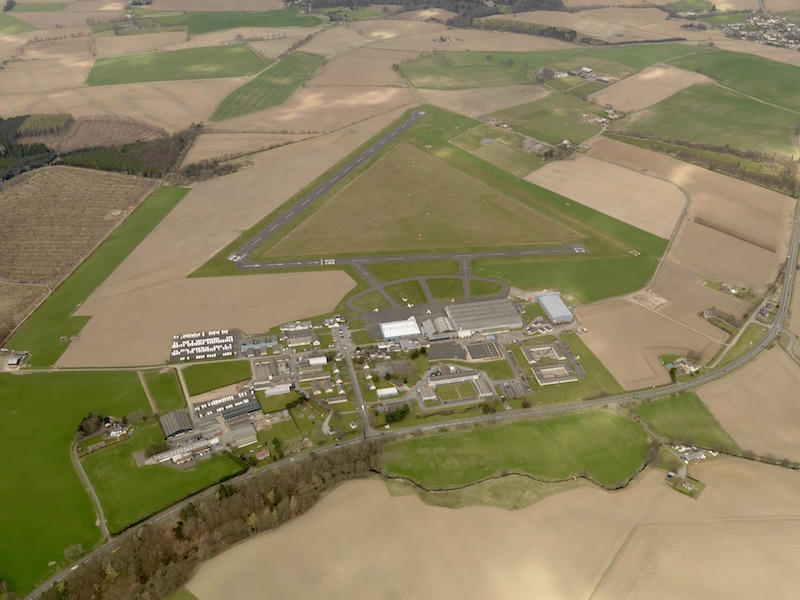 Aerial view centred on the technical area of the airfield, taken from the south, 25 April 2008. © Crown Copyright: Historic Environment Scotland 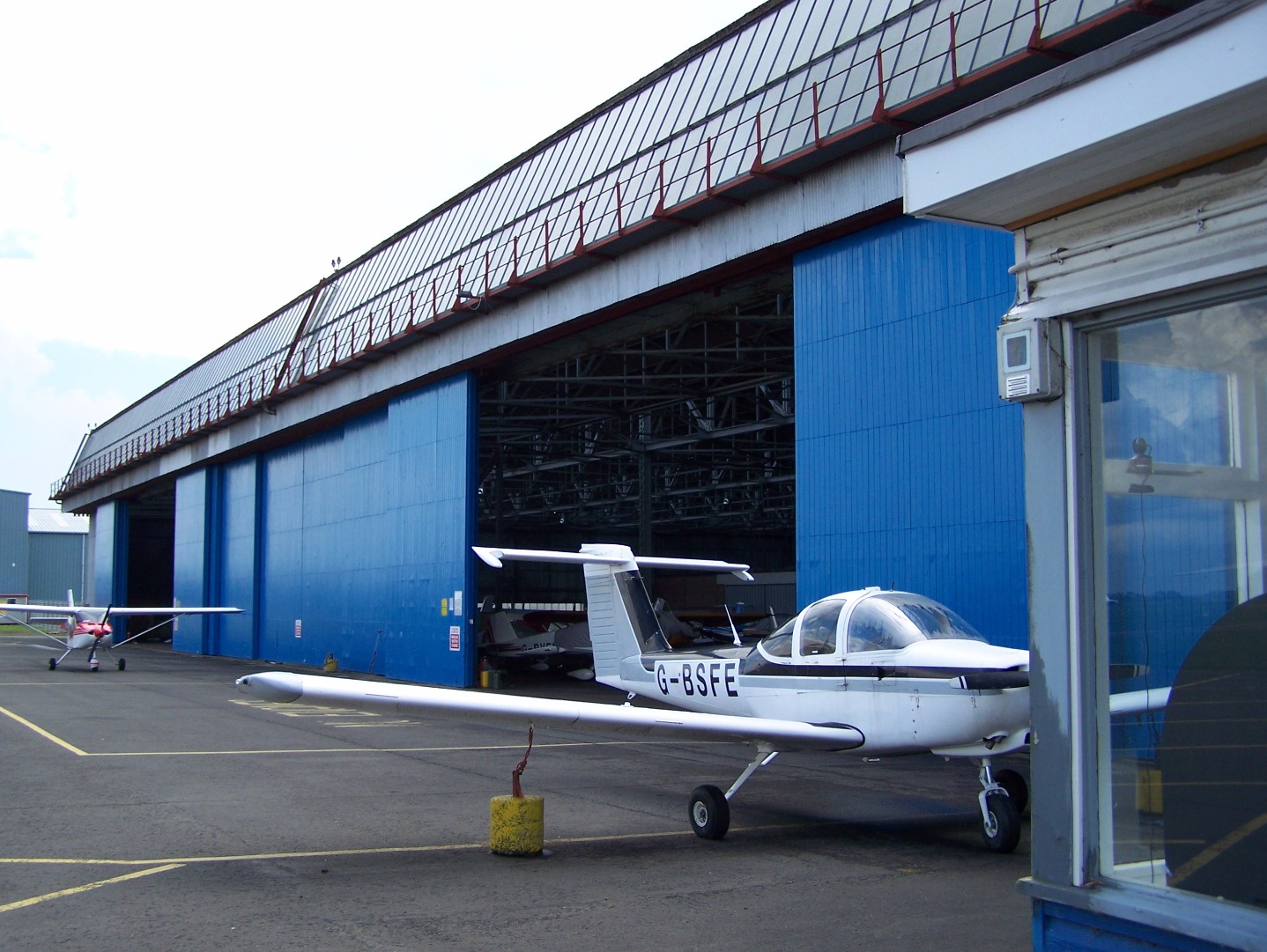 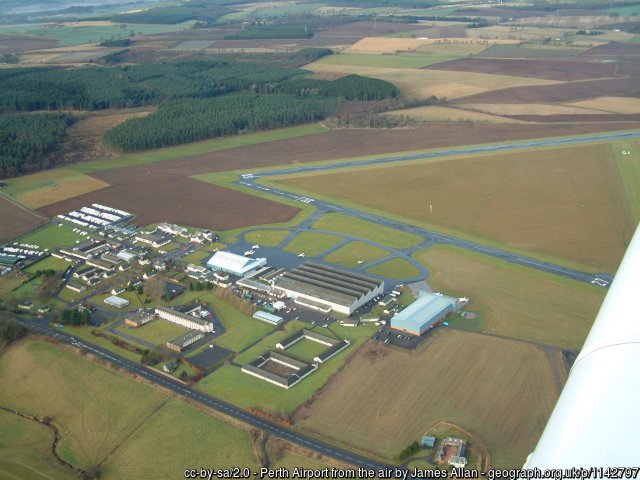 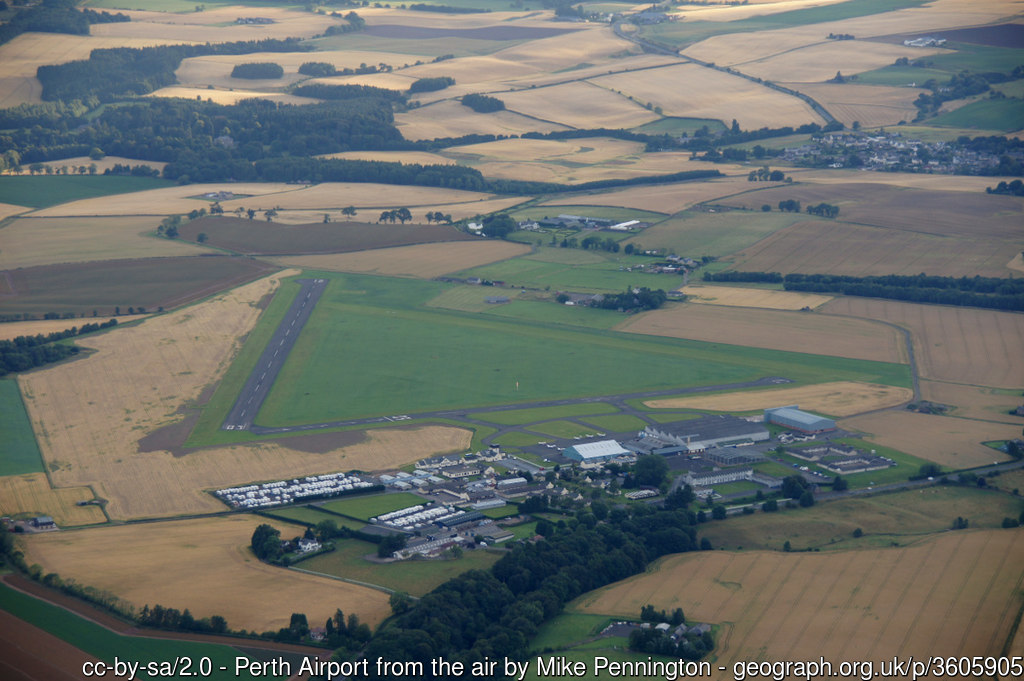 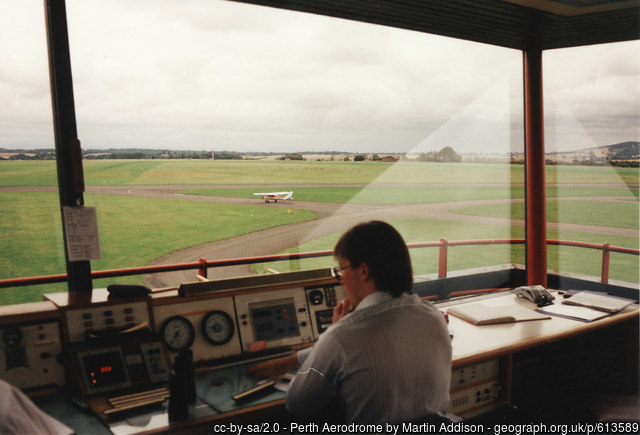 View from inside the control tower at Perth, 29 August 1990. 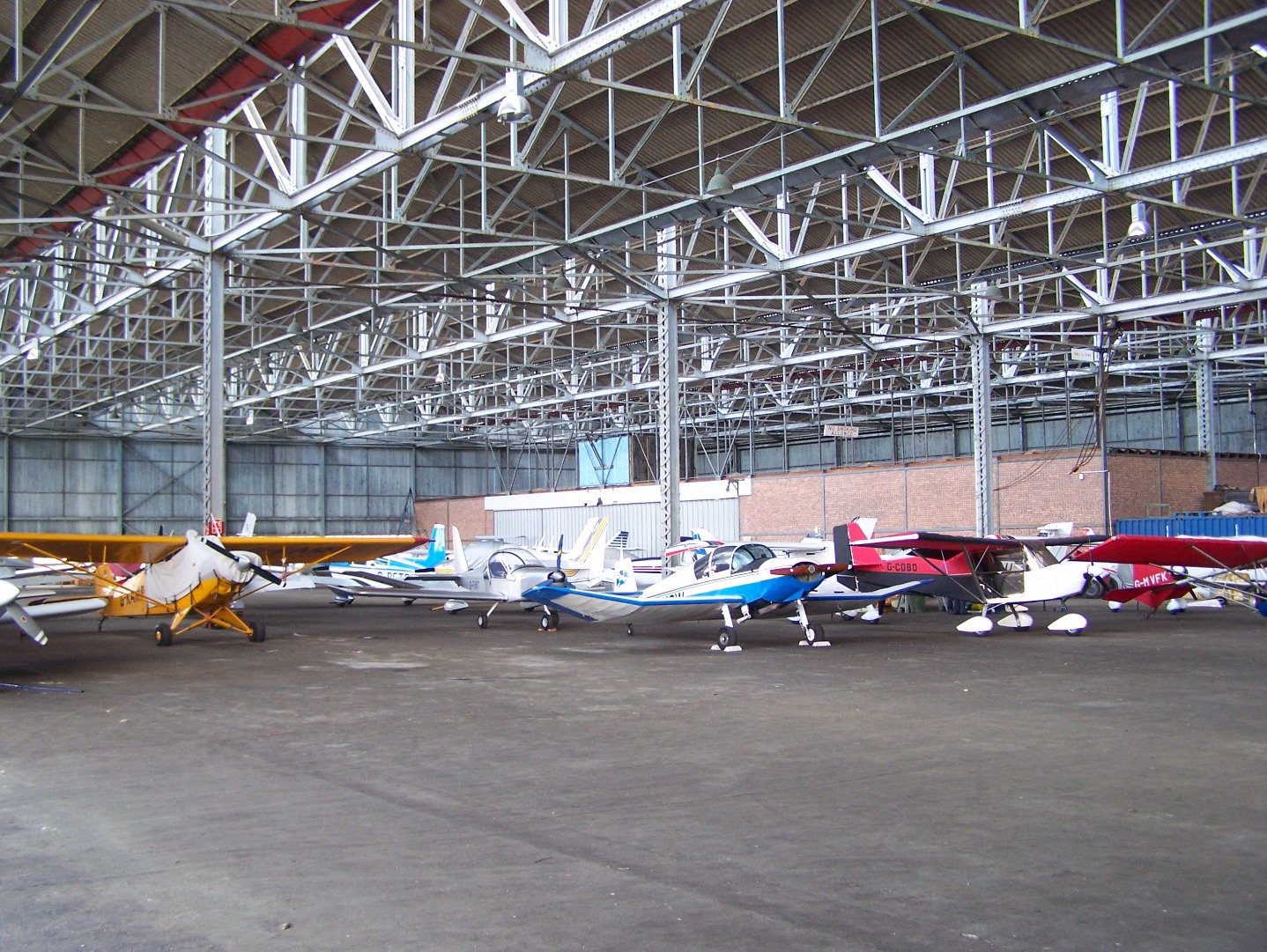 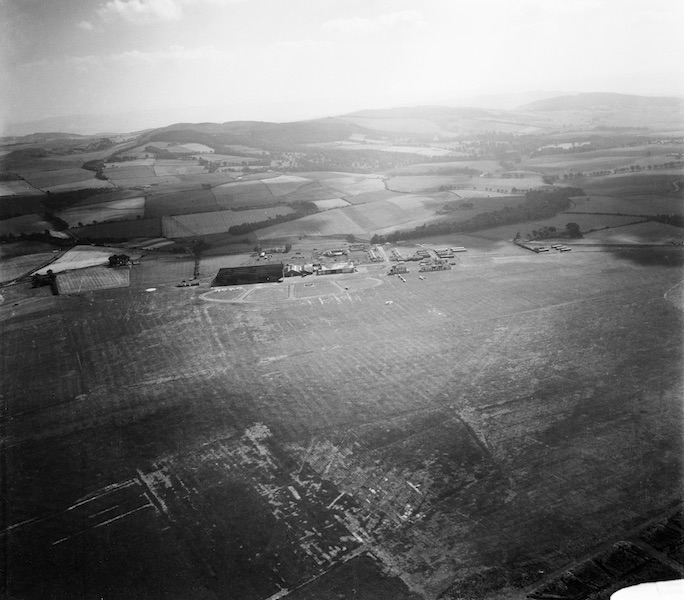 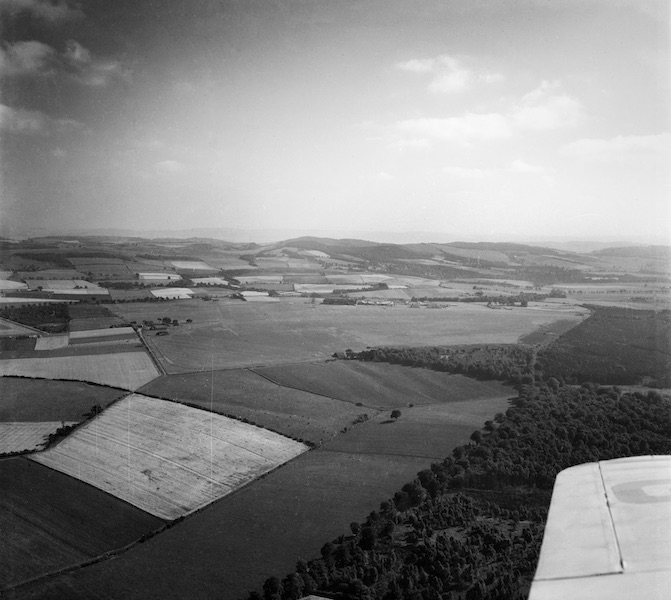 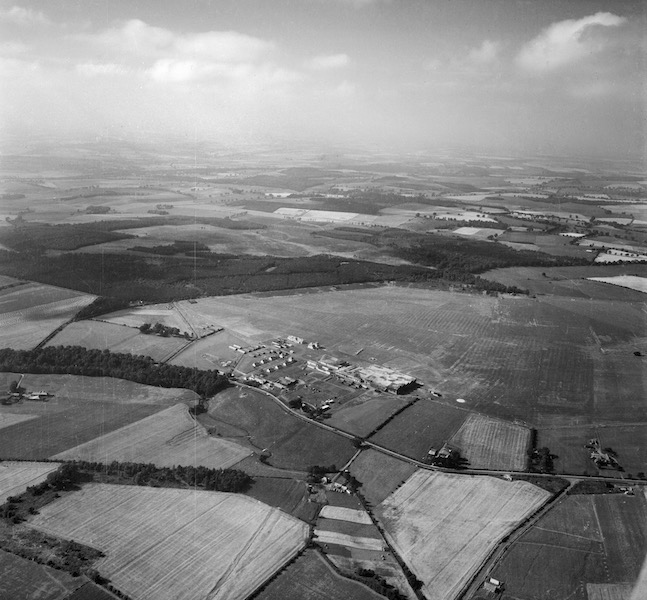 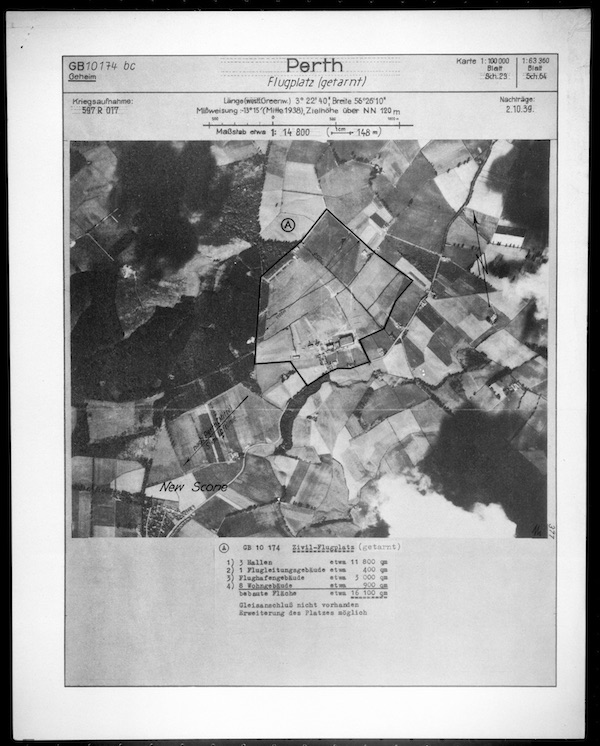 Footage of the Hawker P1127, prototype of the Harrier at Dunsfold, as well as skydiving at Perth II (Scone), 1961. Courtesy of British Pathé