This is not my story, I’m just the one telling it - so any inaccuracies are entirely down to me. It is the story of my brother-in-law Harold Cohen, who, as a teenage evacuee from war-torn London, was, in his way, a ‘Boy Wonder.’ Some background information. In 1939, as bombing in London started to accelerate, Harold’s mother had him evacuated to a Hertfordshire village where he attended school. Unfortunately, while there, he contracted tuberculosis from some unpasteurised milk. He was placed in a sanatorium in Essex to recover - which he did - but he was not happy with the draconian regime imposed by the doctors. In spite of the bombing, his mother felt obliged to remove him back to London. She remained unhappy with the risks posed to Harold’s health and safety and after some consultation with his former teachers, in 1941 she had him evacuated to the Cornish village of Caerhays. Once there the plan was to have him attend the village school and be billeted at Caerhays Castle. It was with some anguish that she placed her only son, a hefty haversack on his slim shoulders and clutching a packet of sandwiches, on a train bound for Cornwall. Placing a £5 note in the guard’s hand, Harold’s mother asked him to look after her boy. Which he did. At first he placed him in the guard’s van but he soon found him a seat - in a First Class compartment! The train was full of good-natured military personnel who were prepared to cheer up and take care of the somewhat lost and bewildered teenager. 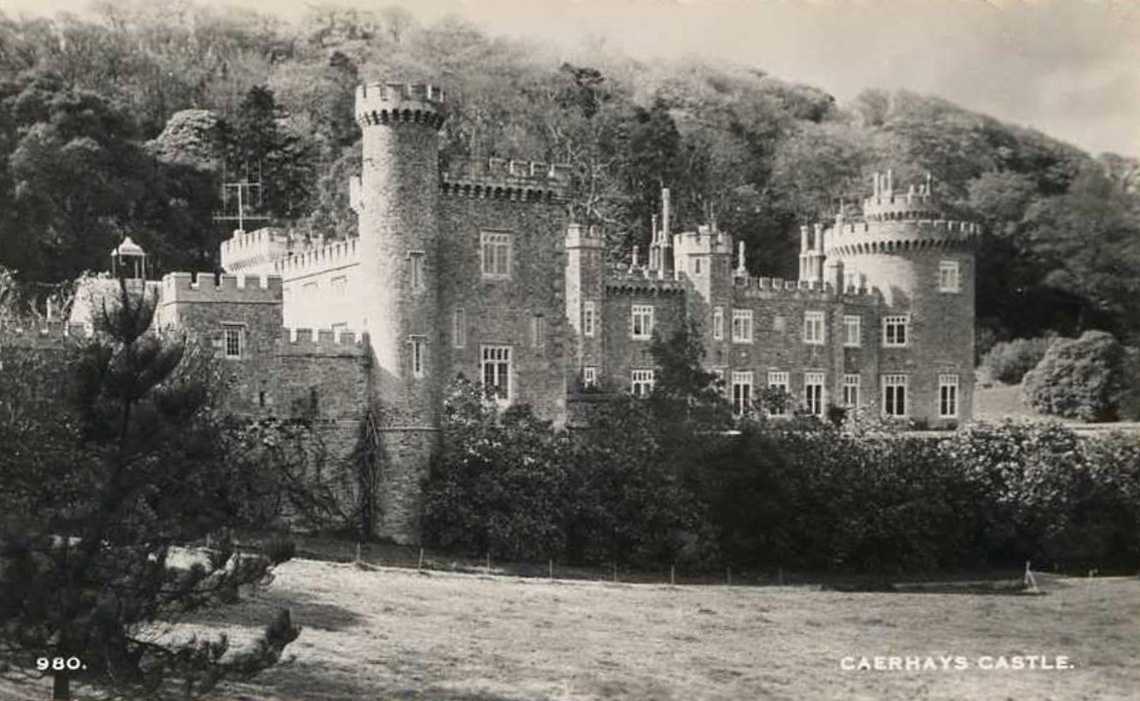 This is an old picture of Caerhays Castle. The castle is famed for its beautiful gardens and can still be visited today. In Harold’s time the castle was owned by Charles Williams, M.P., a keen gardener. He faced huge financial problems – Death Duties were a cause for great worry. The war came and a school from the East End of London took over the Castle so that Charles Williams and his wife Mary had to camp in it. Invasion scares, food scarcity and petrol rationing were among some of their difficulties and the garden became somewhat neglected. However, it has now been restored to its former glory. Harold was - and is - a talented artist. His powers of observation have always been highly developed and this was apparent at a very early age. At the time of this story, he was thirteen years old and absolutely mad about aeroplanes. The school was situated near RAF St. Eval and he and his fellow pupils used to watch fighter aircraft flying in from France and were able to identify them all. Not only that, these youngsters were able distinguish enemy aircraft from British aircraft - a skill which was later put to very good use. 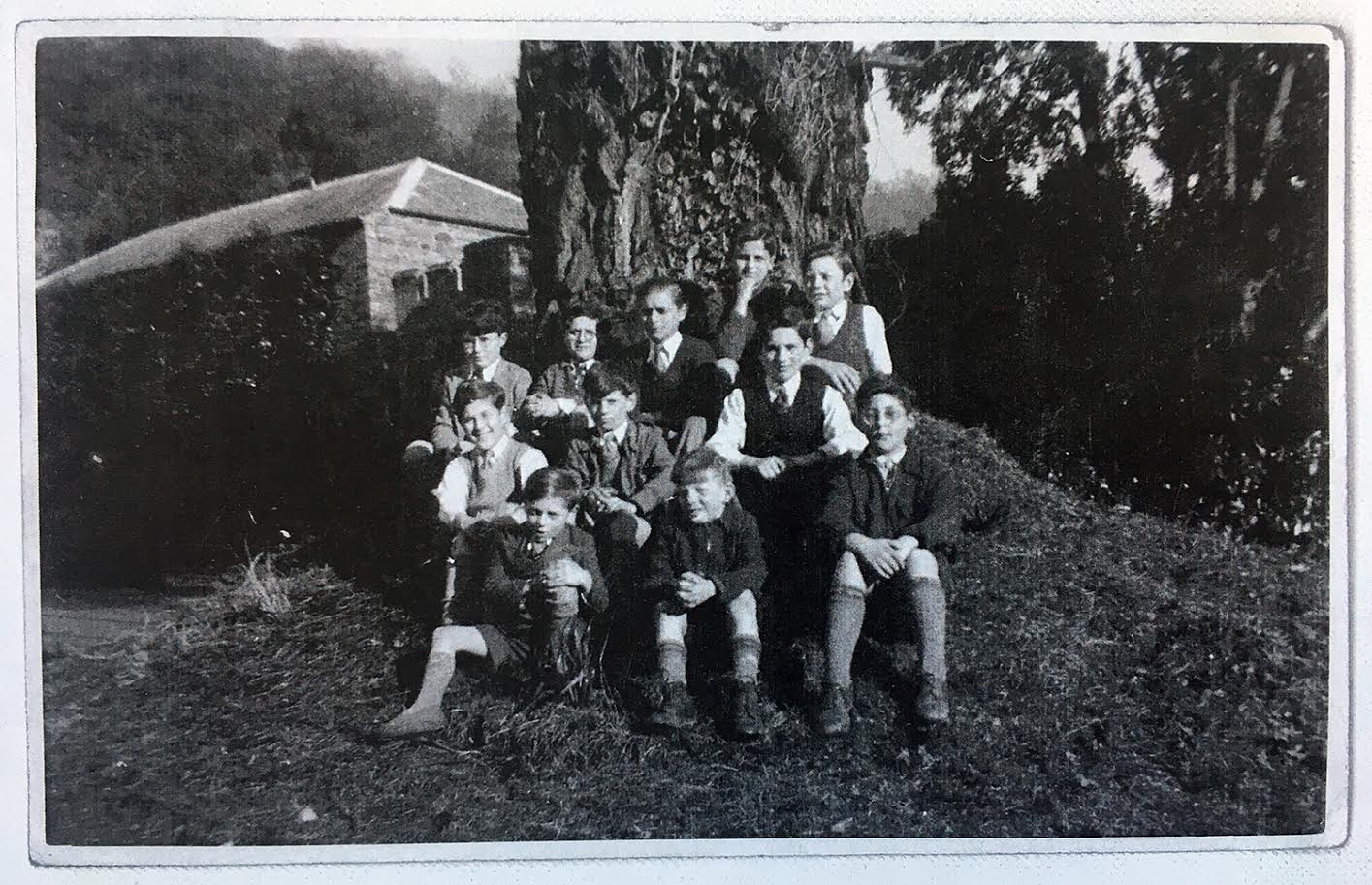 Harold is in the back row, far left. By coincidence, the boy below him in the middle row is also a Harold - one Harold Pinter!

The young evacuees were not the only ones billeted at the castle. Their teacher and one of the army officers from a local army unit resided there too. They fell into conversation and the army officer bewailed his gunners’ inability to distinguish accurately between enemy and non-enemy aircraft . He said he had received complaints from St. Eval airfield officers expressing their concern that “friendly fire” had been directed at aircraft returning from combat in France. Word of the boys’ ability to recognise aircraft with uncanny accuracy had got back to their teacher who duly informed the army officer of their skill. The boys were summoned and taken to the guard house at one of the sea-facing castle keeps. On the walls were charts with silhouettes of German and British aircraft. 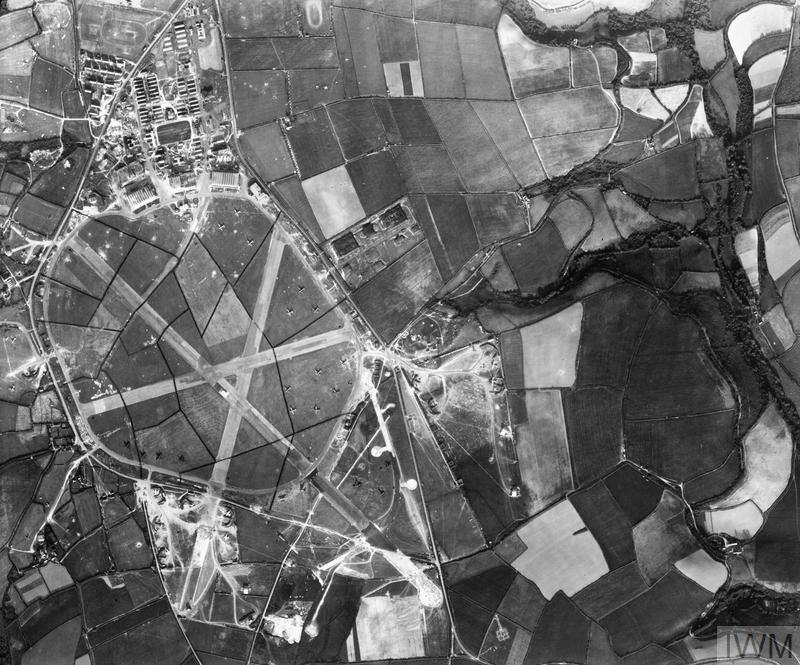 They were able to identify them all correctly. As a result, at weekends, during the light summer evenings and after their evening meal, the boys were paired with the gunners in order to help them identify incoming aircraft. On one notable occasion, their talent was brought into full play and the gunners were prevented from shooting down a British fighter plane. The boys were able to pinpoint the difference between the ‘secret’ Westland Whirlwind and the deceptively similar Messerschmitt 110. 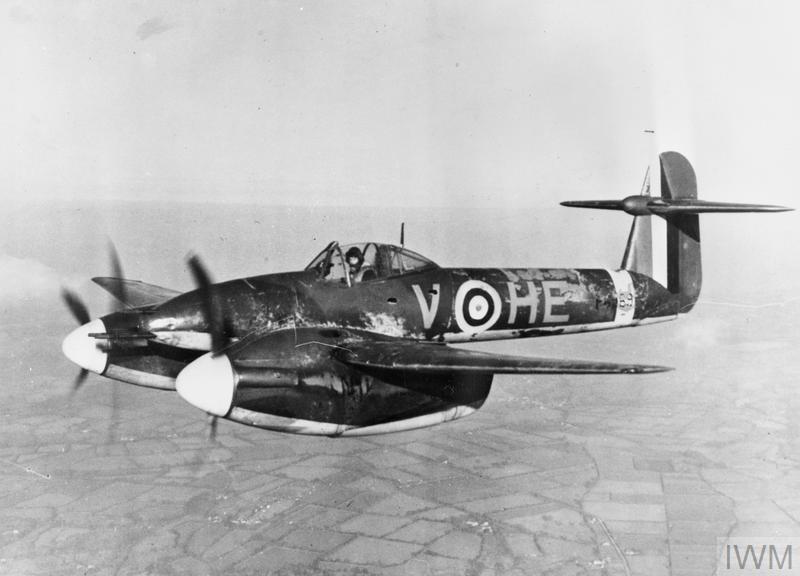 A Westland Whirlwind during the Second World War. © IWM (CH 4998) 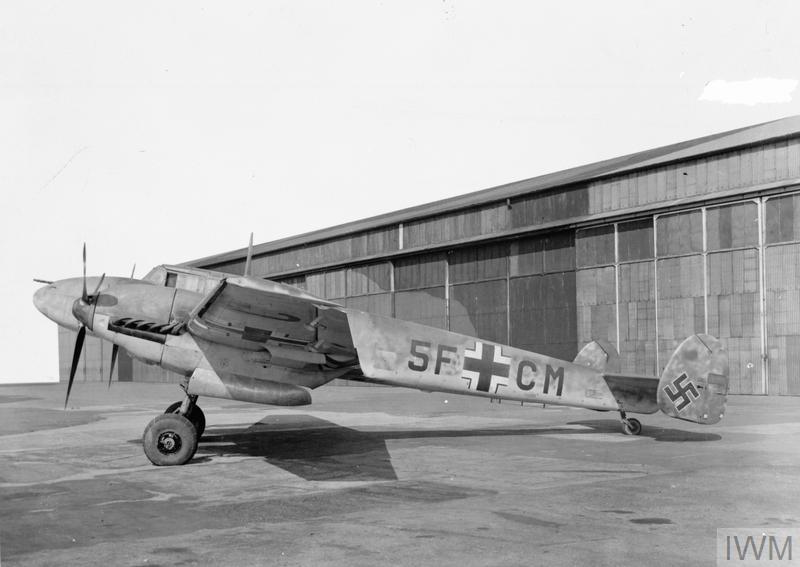 The improvement in the gunners accuracy was duly noted and, as a ‘thank-you’ the boys and their teacher were invited to tea at the airfield headquarters. To their delight, they were shown some of the aircraft (like the sky blue Spitfires used for photographic air reconnaissance) and were also taken the control tower to see the fighter planes guided in.

In 1965, Harold, now a Lecturer in Graphic Design at Brighton College of Art and Craft, married my sister. So, as I so frequently tease Harold, his ability to spot the ‘goodies’ from the ‘baddies’ served him well in his choice of a wife. (No so much his sister-in-law!)

Wizard, Prang and Chocks Away!

Thank you very much to Tina Stockman for supplying this article. If you have an airfield story please contact us today.