The first R.C.A.F. squadron, No. 419, made its presence felt in October of 1942 with their inventory of Wellingtons. By the end of the year they were converted to Hallies and transferred to Topcliffe. In January of 1943, No. 6 Group was formed within Bomber Command to bring together all of the Canadian squadrons under Canadian command. Originally it comprised six bomber squadrons with the 427 at Croft flying the Wellington Mk. III. They were to stay for only four months before moving to Leeming. For the next seven months Croft was occupied by No. 1664 Canadian Heavy Conversion Unit. The conversion units were vital for the training of the many crews required to fly the Halifaxes and Lancasters. Preliminary flight and navigational training for most Commonwealth fliers was carried out in Canada but final training was done in England in these Heavy Conversion Squadrons. At the end of 1664’s stay the base was to be occupied by two more Canadian heavy bomber squadrons. The Iroquois No. 431 and Bluenose No. 434 were transferred from Tholthorpe and were to remain at Croft for the rest of the war.

Continual improvements had transformed Croft into a well functioning base and a more liveable setting for the occupants. Apart from being an airport, the base was home to the fliers, ground crew and all the support staff required to carry out the operations, including an anti-aircraft unit for their protection. In many ways it was a sizeable self-contained city filled with young men and women who despite the constant contact with death and destruction, managed to create a social structure that went a long way to keeping their lives on a sane and even keel. For example, a ten team, Canadian Northern Ice Hockey League was formed and the games were played in the Durham Ice Rink in Darlington. Teams were made up from the surrounding bases with Canadian fliers. Milt Schmidt of the Boston Bruins and many other enlisted National Hockey League players would have made the calibre of hockey very interesting despite the fact the arena had roof support pillars in the playing surface! 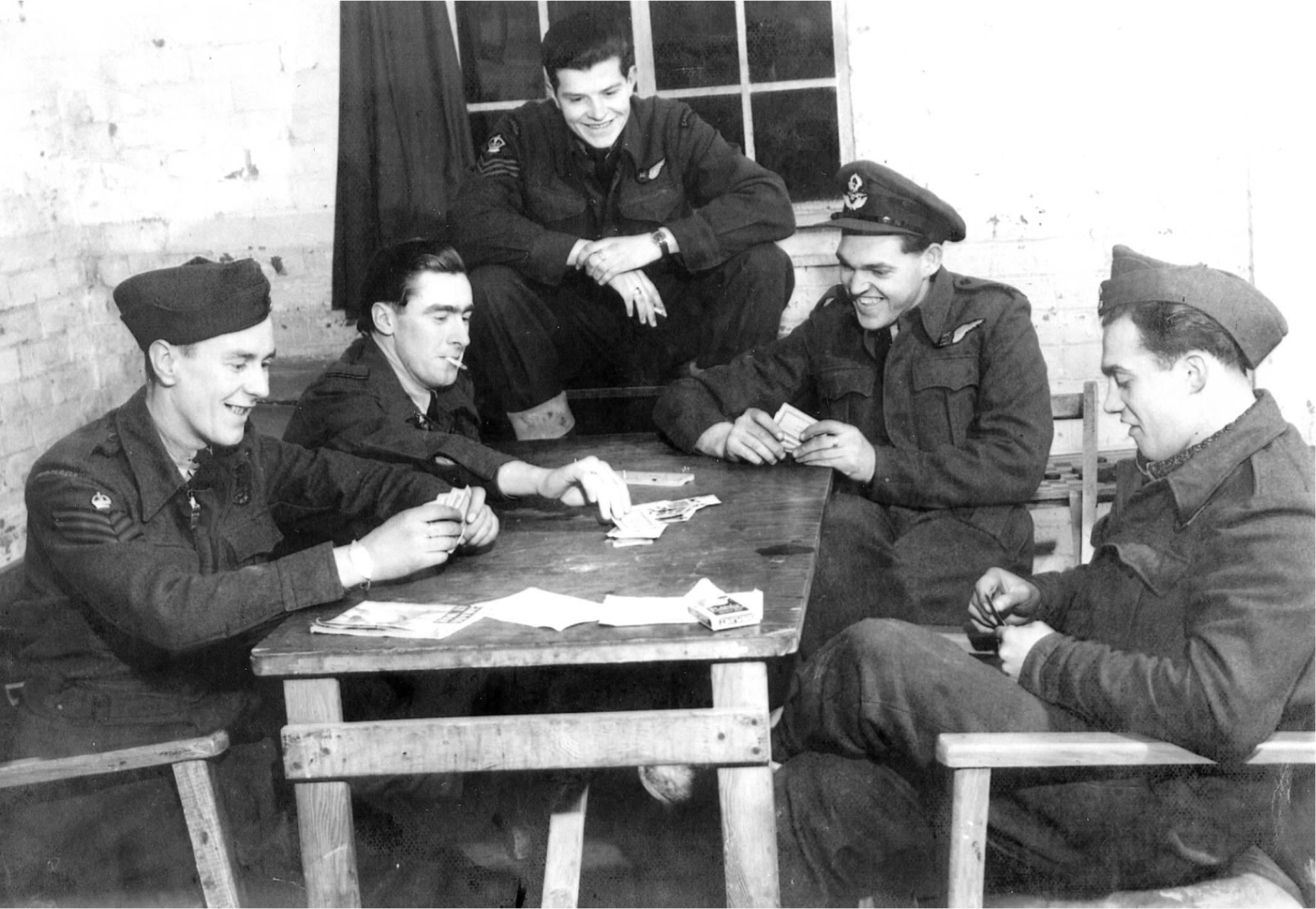 Alex Divitcoff (on the far right) joins the boys in the crew room for a game of four handed cribbage to take their minds off business.

Everything was tempered by the danger of the times and the potential for disaster as February 4th, 1944 would demonstrate. Without warning, a tremendous explosion shook the Croft area at 1900 hrs. The obvious cause would have been the 72,000 gallon fuel storage tank or the bomb dump but it originated instead at the nearby Catterick Bridge train station. A trainload of 4 lb. incendiary bombs was being transferred to trucks for delivery to No. 224 MU when a jolt caused a detonation that in turn caused the whole load to explode. A number of buildings, including the station, were completely demolished and 12 people were killed with more than a 100 were injured.

While they sat and waited for the order to take off, Jim Parrott had to think back in brief flashes as to how he got there. He signed up with the Royal Canadian Air Force in Markham, Ontario on May 16, 1941. He had been working as a milk salesman for the Roselawn Dairy in Toronto and wanted to be involved in the war effort. He was born on the prairies and his earliest memories were of the waving  wheat fields of their farm in Laura,  Saskatchewan. His father died  from complications following an  appendectomy when Jim was five  years old and because his mother  was unable to manage the farm on  her own, they moved with his older  sister and younger brother to his  mother’s childhood home in  Markham, Ontario. They lived with  his grandfather and his mother’s  sisters but nothing made up for the  father he had lost. Jim attended  high school and was active in sports but further education was out of the question as it was necessary to bring some income into the family. The depression had not been easy despite his grandfather being a blacksmith of local renown. 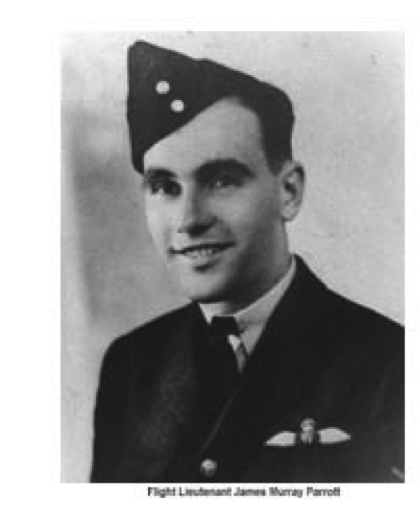