Windermere I (Hill of Oaks)

The start of seaplane flying in Britain can be traced to Lake Windermere, where H. Stanley Adams first became airborne in the Lakes Waterbird floatplane on 25 November 1911. This aircraft went on to make many more successful flights over the next few months until being destroyed along with its hangar during a freak storm in March 1912.

Early aviation at Windermere was split between two locations, Cockshott Point, close to Bowness, and Hill of Oaks further down the lake’s east side. This new activity in time brought with it various other noteworthy figures such as minerals prospector Oscar Gnosspelius, who had made an unsuccessful attempted flight on the same day as Stanley Adams and eventually gained immortality as ‘Squashy Hat’ in Arthur Ransome’s 'Swallows and Amazons' series of books.  Additionally, the Short company’s future chief test pilot, John Lankester Parker, served as a flying instructor here. Many people enjoyed pleasure flights at this time aboard further seaplanes built, though there proved tremendous opposition to any form of flying in this part of the Lake District from people such as the local clergy and even Beatrix Potter.

The Lakes Aviation Company was taken over in November 1914 to be known as the Northern Aircraft Company. Pilot training involvement, which had also already gained prominence, was recognised by the military: in 1916 the Royal Naval Air Service decided to fully take over and Windermere became known as either RNAS Windermere or RNAS Hill of Oaks. However, financial difficulties encountered by the civil company later that year forced military instruction and the base itself to cease during the first half of 1917.

Nevertheless this was not the end of flying in this general part of Windermere. During 1919 C. Howard Pixton, who famously won the 1914 Schneider Trophy air race in Monaco, later mounted joy-riding flights from the summer of that year with a couple of Avro 504K floatplanes, also making pioneering newspaper and passenger-carrying flights to the Isle of Man. He was still active the following year, moving to the Isle of Man in the 1930s (his daughter Stella has for many years run the locally famous Jurby Junk warehouse on the island’s north side).

The original Windermere remains tangible, the slipway at Hill of Oaks still there hidden among trees. Perhaps the greatest tribute we can pay this place is that but for its existence, just a few years later Britain could quite easily have starved to death as a result of the U-boat blockade. Thankfully the deterrent aspect of seaplanes and other aerial craft forced enemy submarines to stay under the surface and therefore make them less effective.

Photographs from the unveiling of the ABCT marker at Windermere I on 25 November 2011: 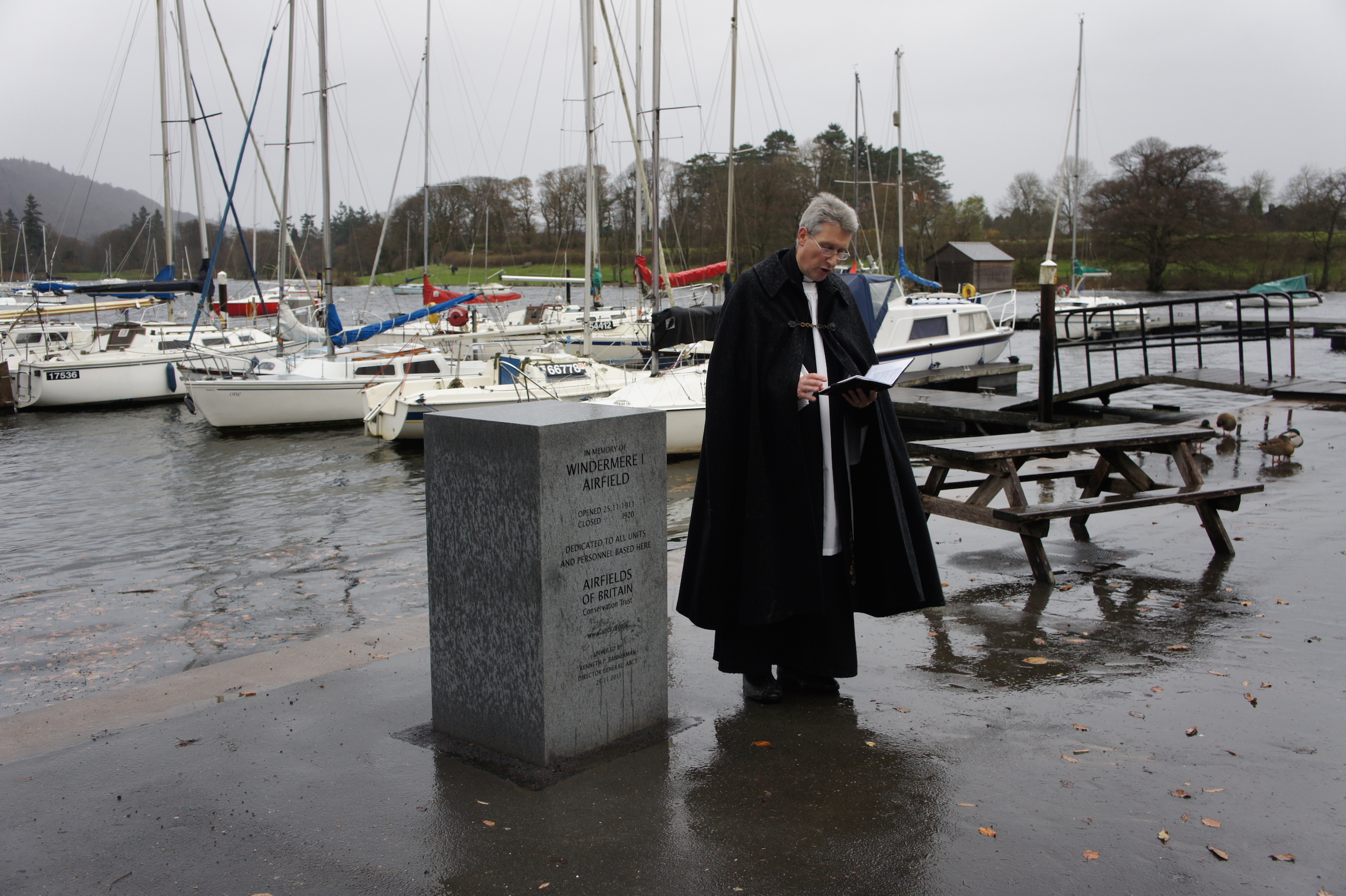 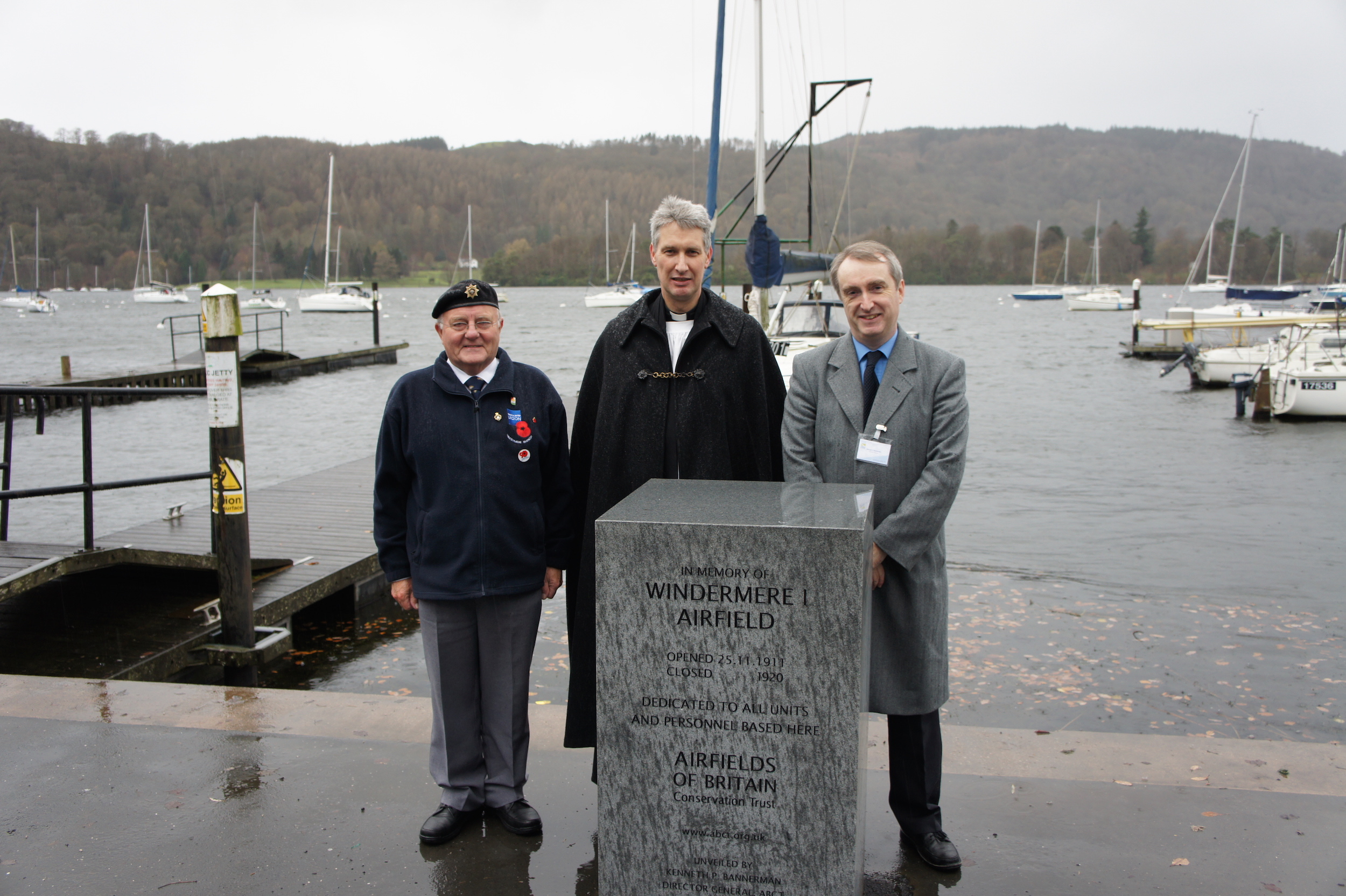