The Black Mountains Gliding Club has always resided at its highly positioned home 970 feet above sea level. Local farmer Derrick Eckley created Talgarth on part of his farm in 1978, a clubhouse and hanger being built two years later; the club officially joined the British Gliding Association in January 1983. This airfield was initially rather small but has grown over the years, and the club now owns it, having purchased Talgarth from the Eckley family in 1998. 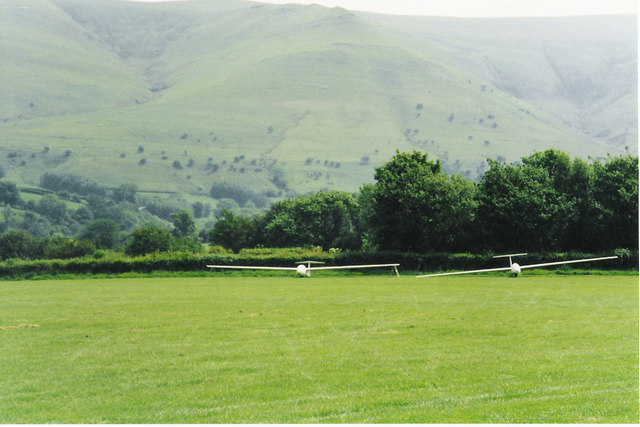 Gliders at Talgarth airfield, August 2003. © Roger Cornfoot and licensed for reuse under this Creative Commons Licence 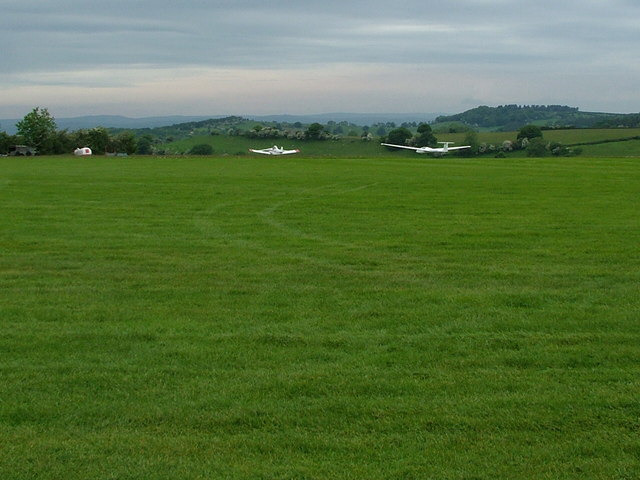 Talgarth airfield, 29 May 2008. © Peter Evans and licensed for reuse under this Creative Commons Licence 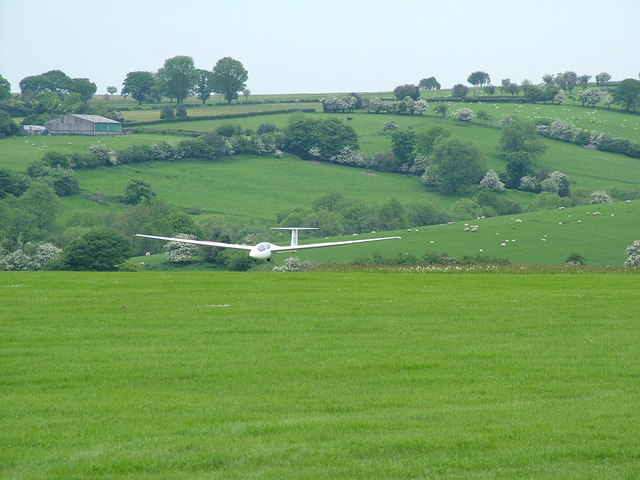 A glider landing at Talgarth airfield, 29 May 2008. © Peter Evans and licensed for reuse under this Creative Commons Licence 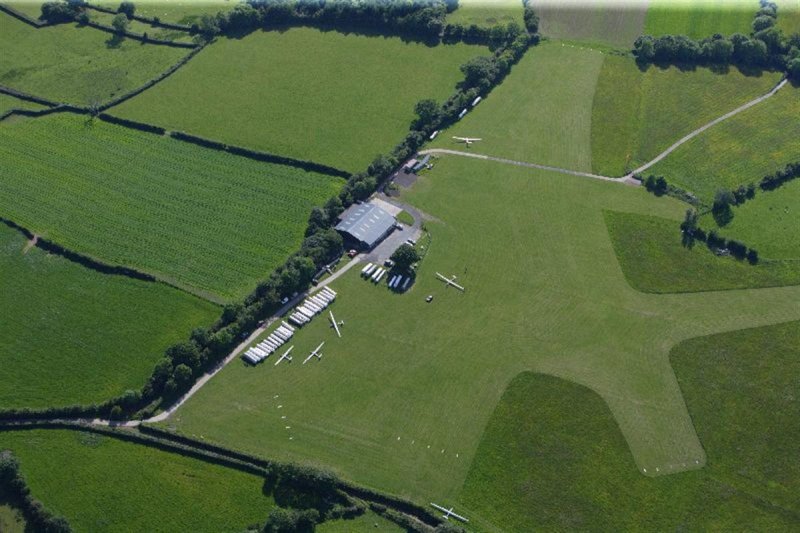 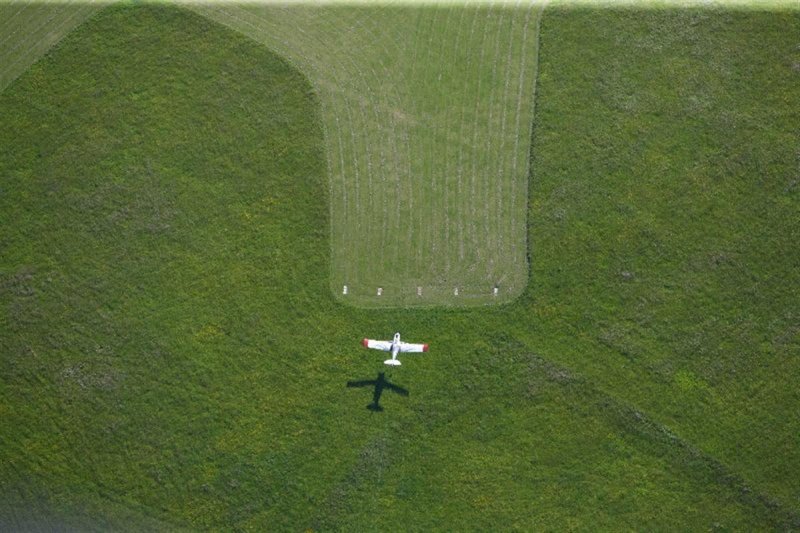 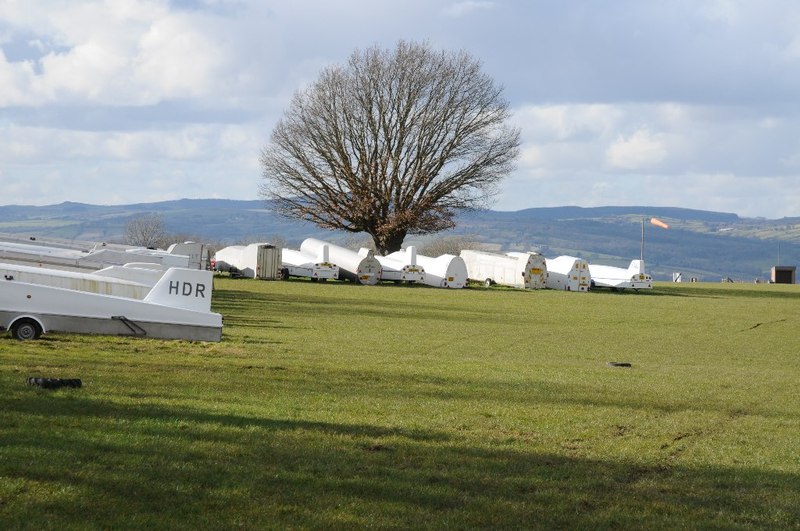 Gliders at Talgarth airfield, 2 March 2015. © Philip Halling and licensed for reuse under this Creative Commons Licence 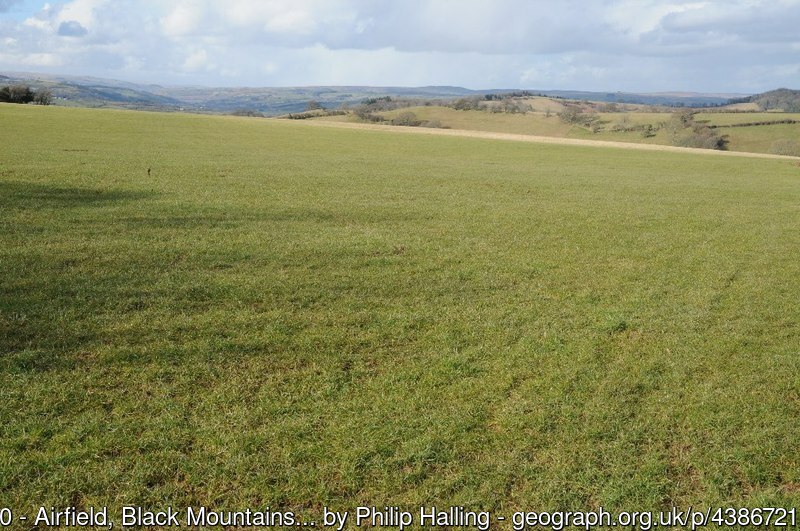