The Western Arms pub at Silver End, some distance away from the airfield, contains numerous photographs and other memorabilia associated with Rivenhall.

Rivenhall in Essex, opened in October 1943 and was initially used by the US 9th Air Force. The 397th Bomb Group played a major part before and after D-Day, attacking tactical targets such as bridges. The airfield was later taken over by the RAF and Nos 295 and 570 Squadrons supported Resistance forces by delivering supplies such as weaponry and other equipment.

In March 1945 Rivenhall aircraft towed 60 paratroop assault gliders over the River Rhine as part of Operation Varsity. It was the largest single airborne operation in history to be carried out in a day and in one location and was designed to allow the Allies to secure a foothold in western Germany.

Rivenhall Airfield closed in September 1946 and the site later become a post-war campsite for displaced Polish people. Notable buildings, such as the gymnasium, remain as part of an industrial estate. The site was used for many years after this by the Marconi company for radar testing but is now under threat from further development. As of 2016, parts of the perimeter track, as two T2 hangars were demolished recently.

Photograph of the ABCT memorial marker at Rivenhall, unveiled on 21 February 2009: 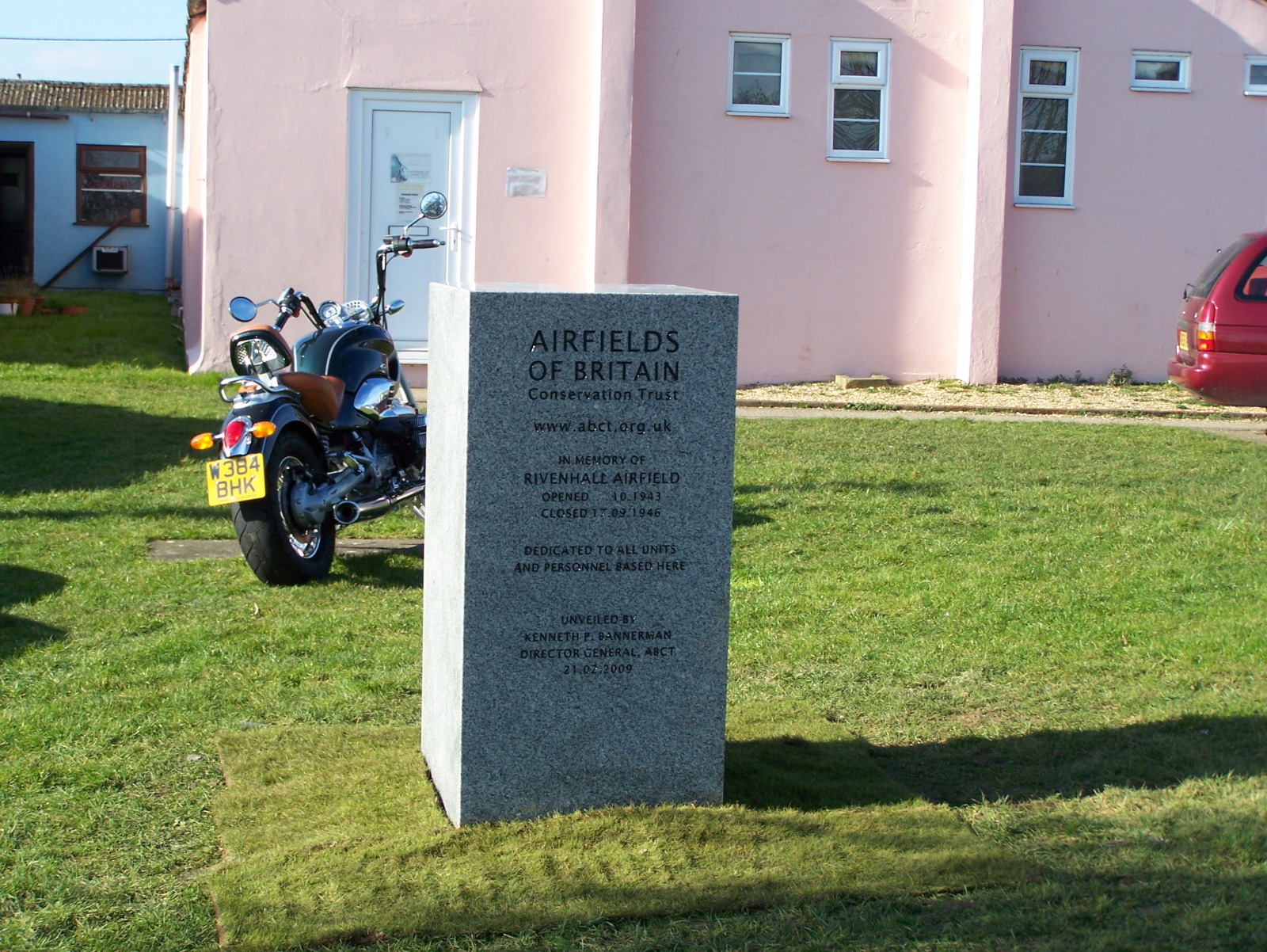 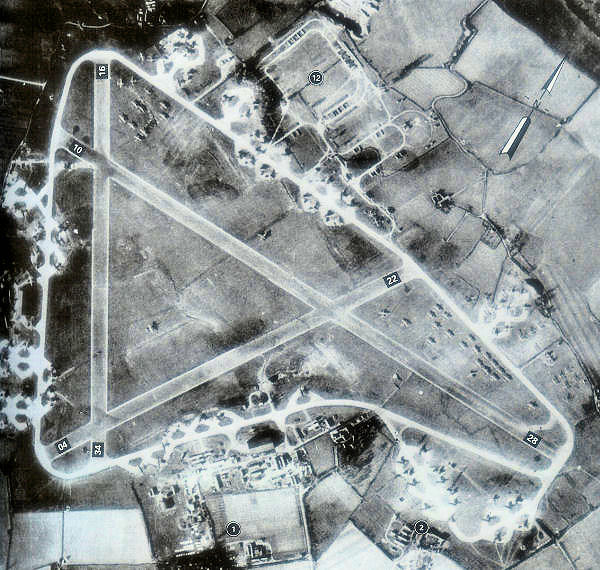 Aerial photograph of Rivenhall in April 1944. Photograph in public domain 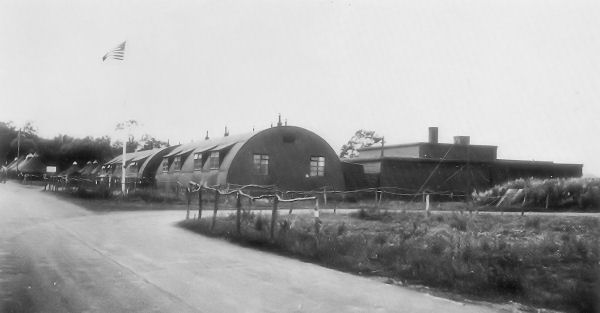 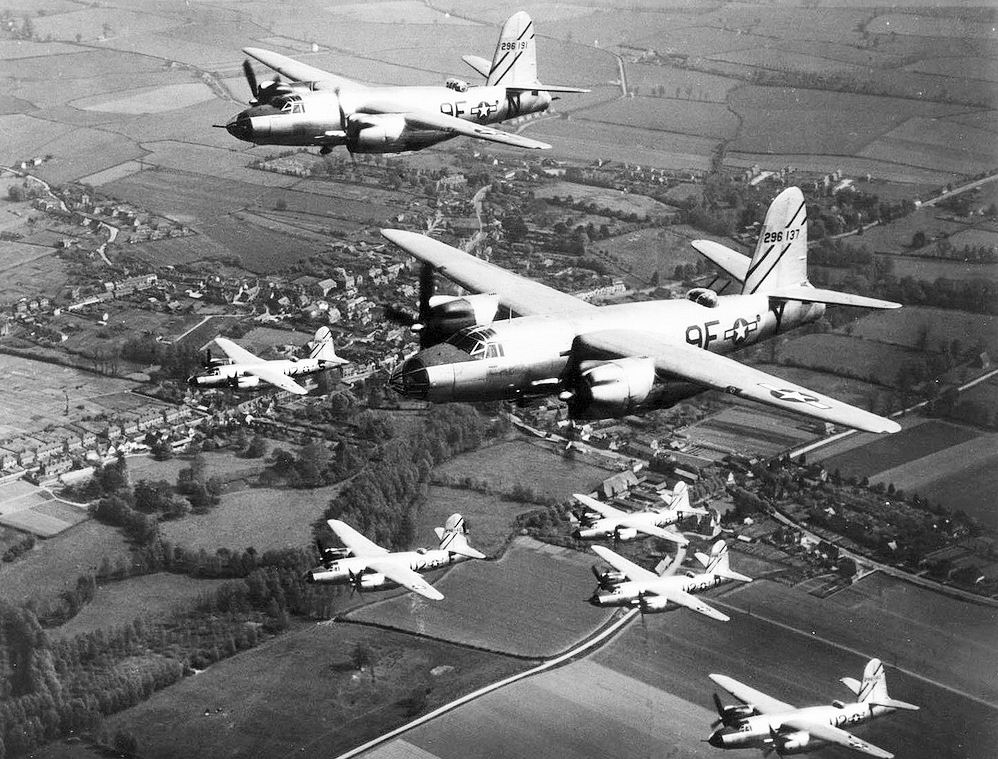 A formation of USAAF Martin B-26 Marauders from the 397th Bombardment Group, based at Rivenhall during the Second World War. Photograph in public domain

An USAAF North American P-51 Mustang from the 382nd Fighter Squadron based at Rivenhall. Photograph in public domain 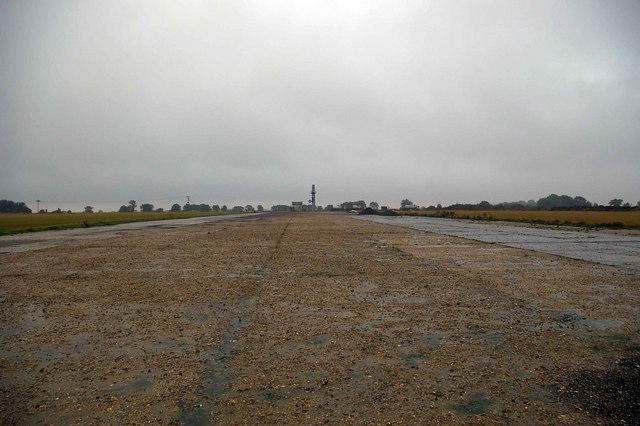 The main runway at Rivenhall, 26 August 2006. © Glyn Baker and licensed for reuse under this Creative Commons Licence 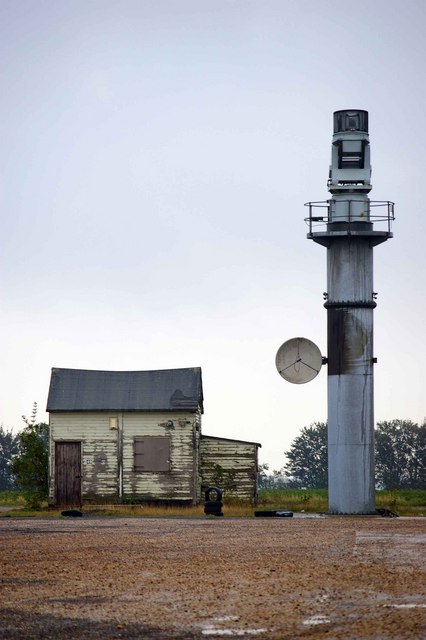 A radar tower at Rivenhall, erected by Marconi after the airfield closed. Photograph taken on 26 August 2006. © Glyn Baker and licensed for reuse under this Creative Commons Licence 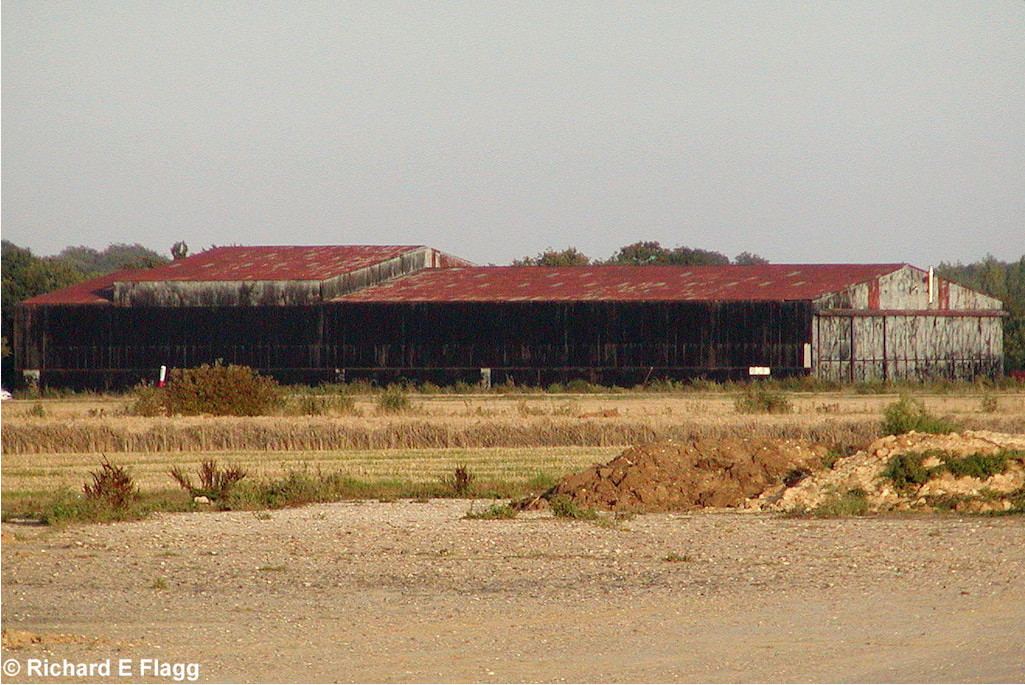 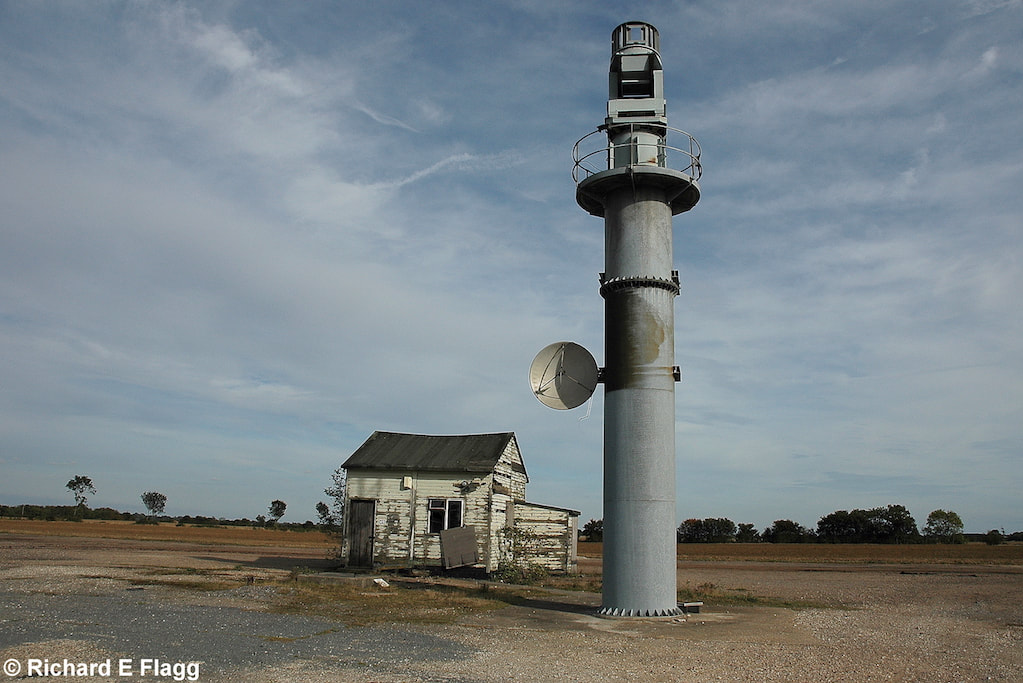 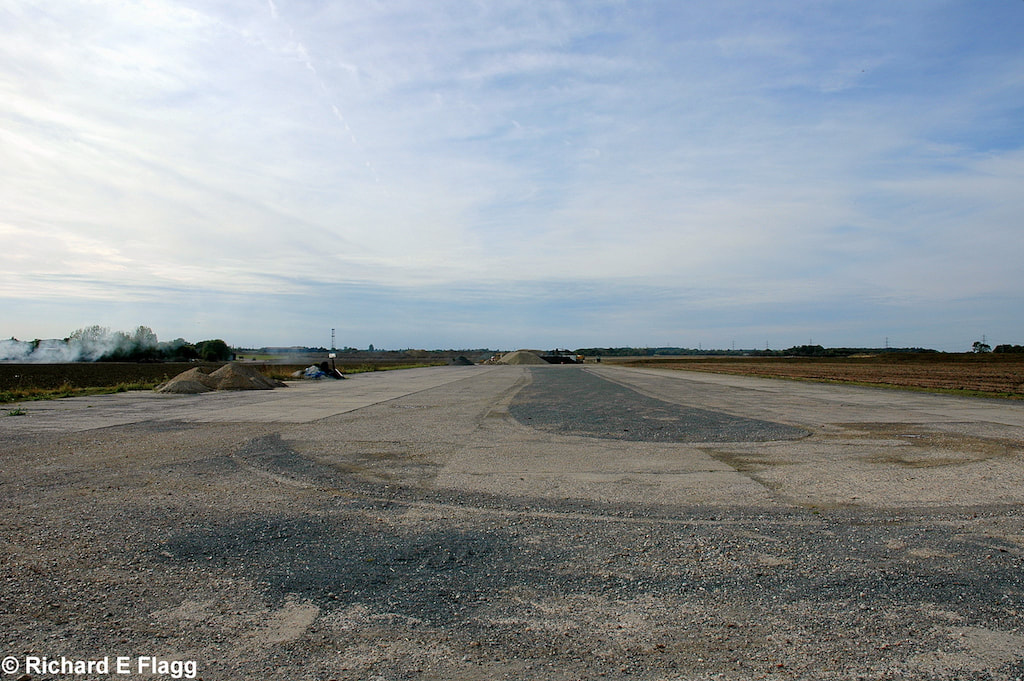 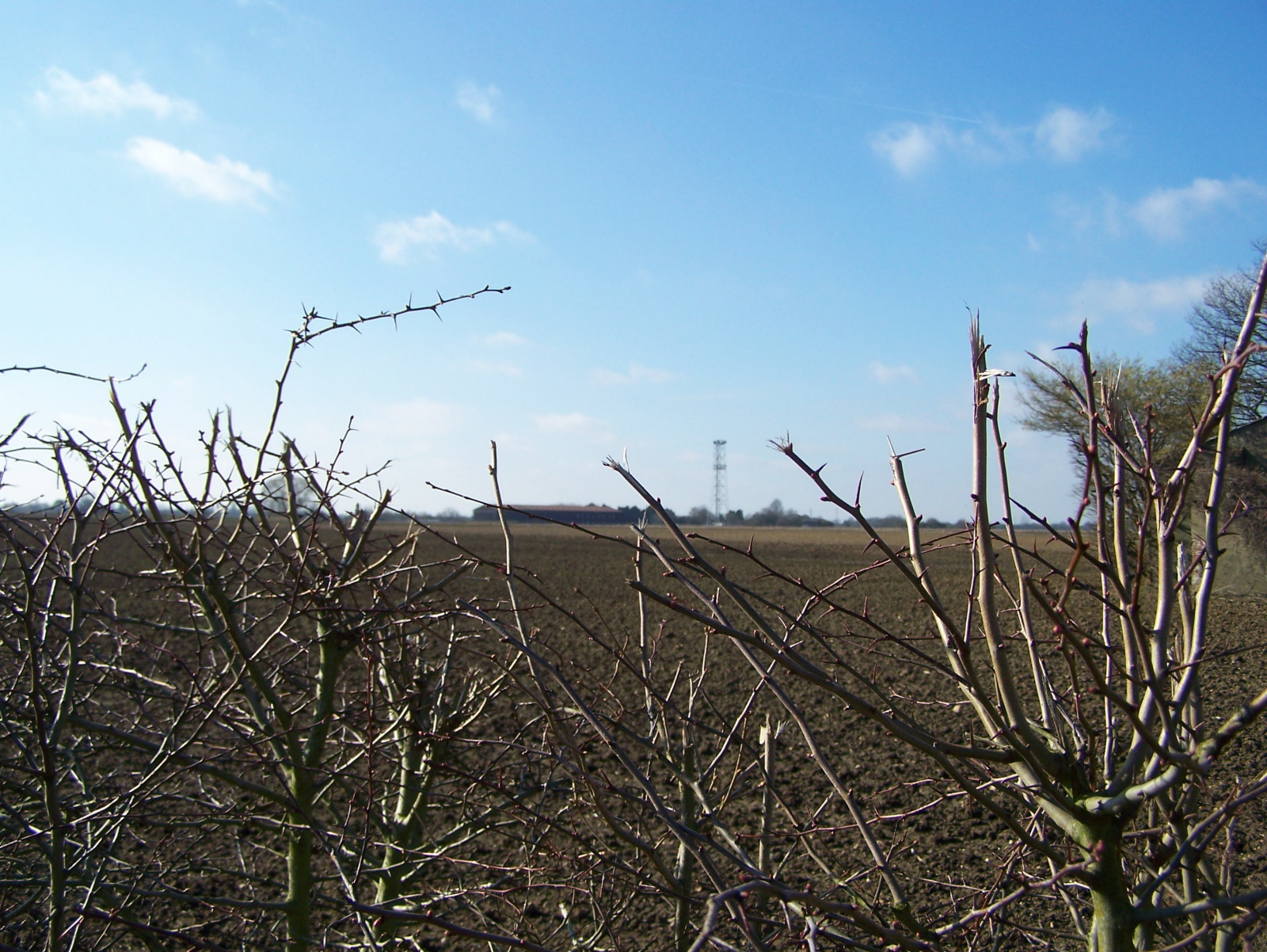 Looking across the former airfield at Rivenhall, February 2009. 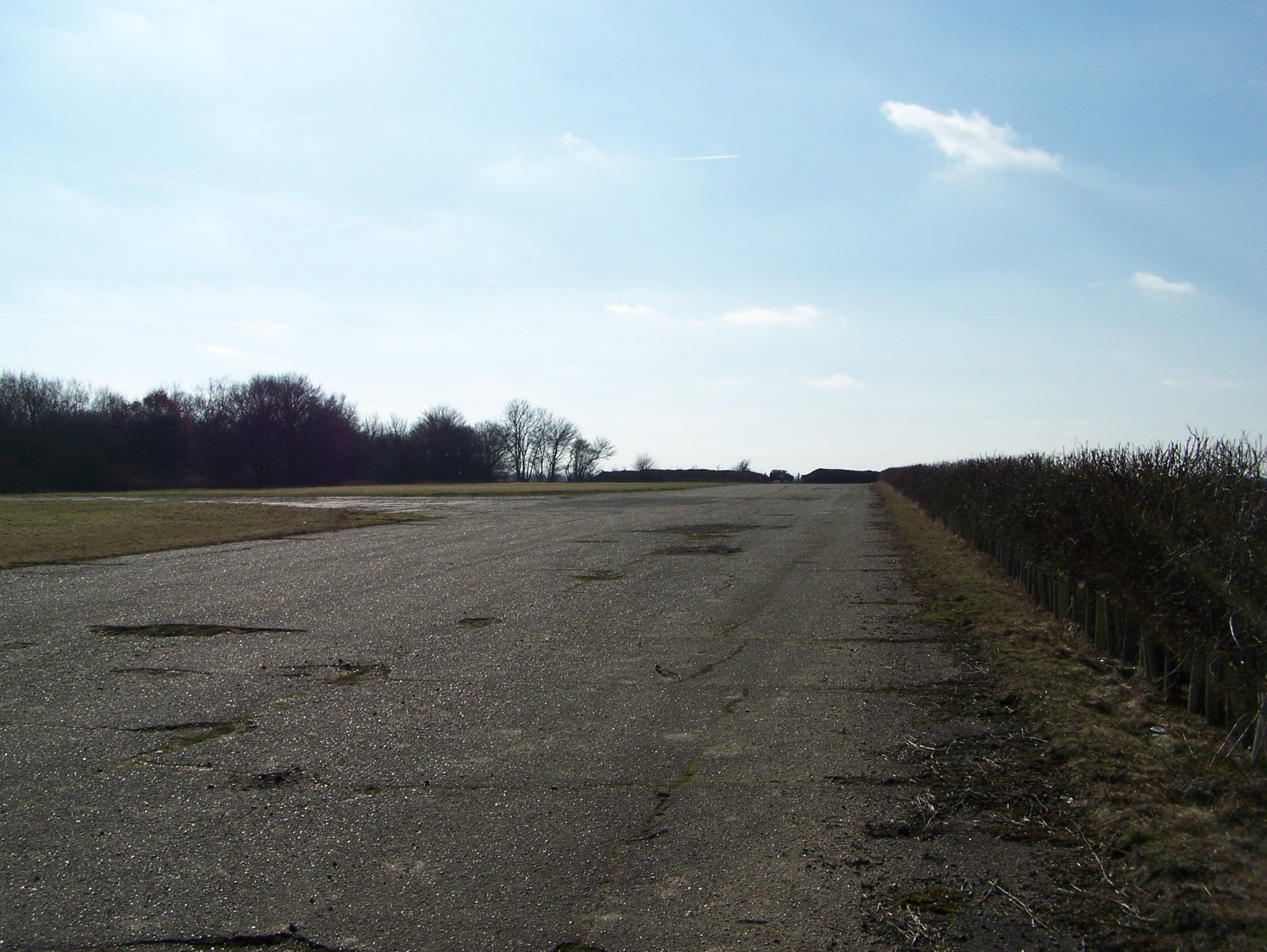 The perimeter track at the south-east of the site, February 2009. 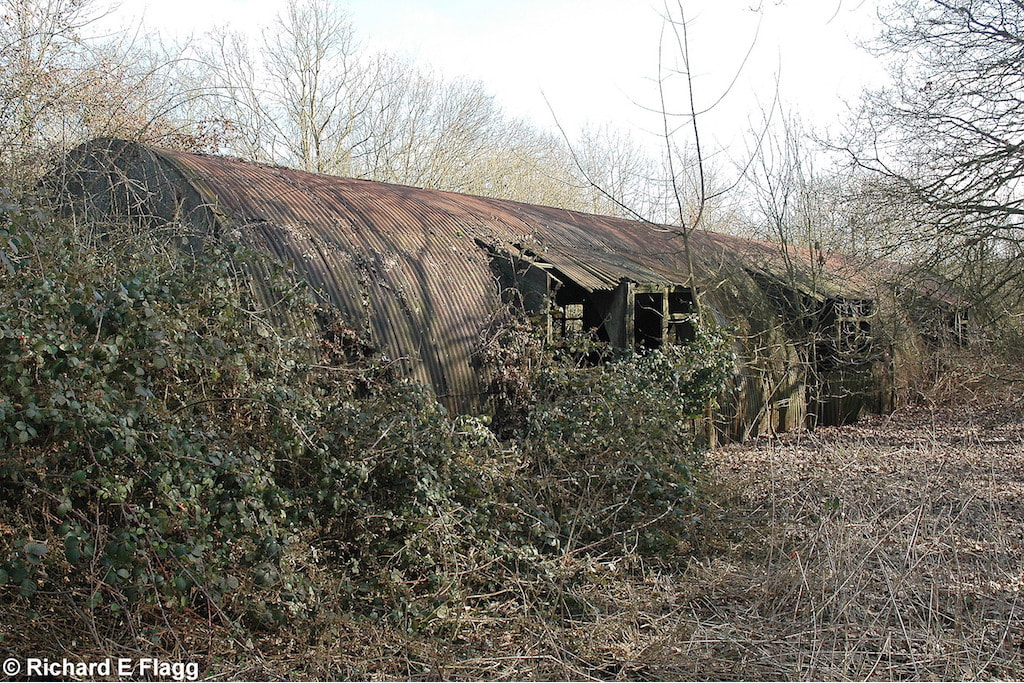 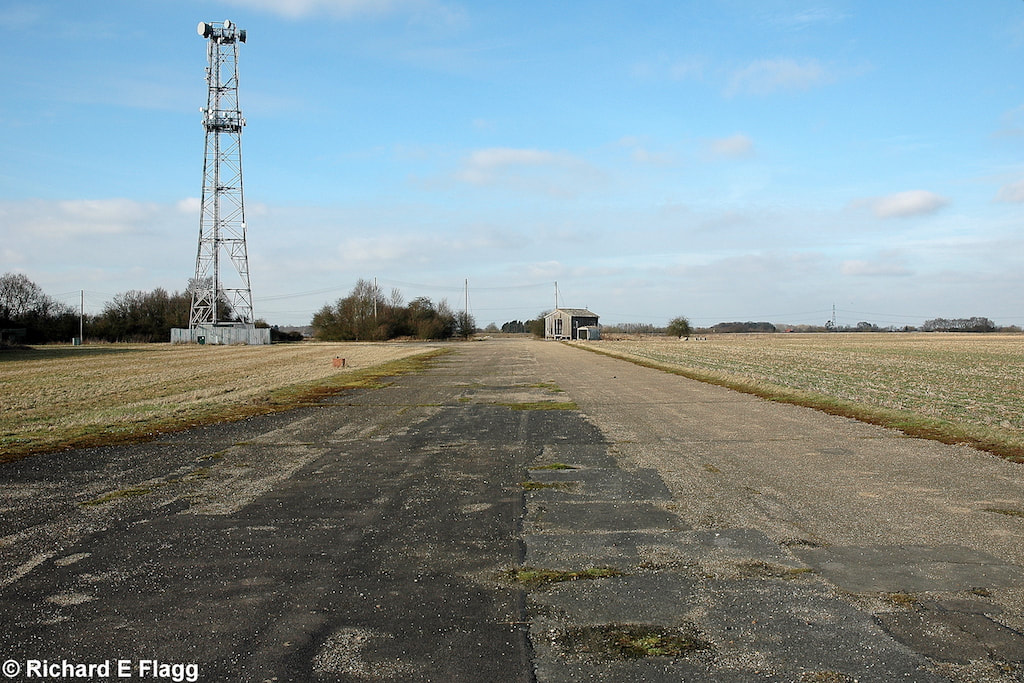 Taxiway at the west of the airfield, looking north west, 21 February 2009. © Richard Flagg 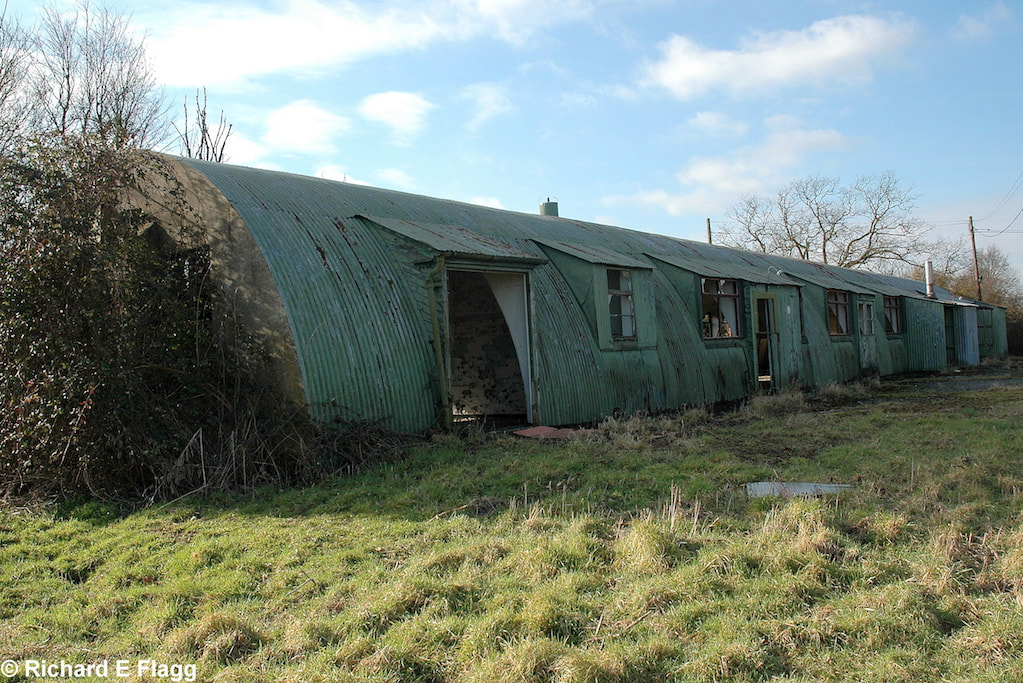 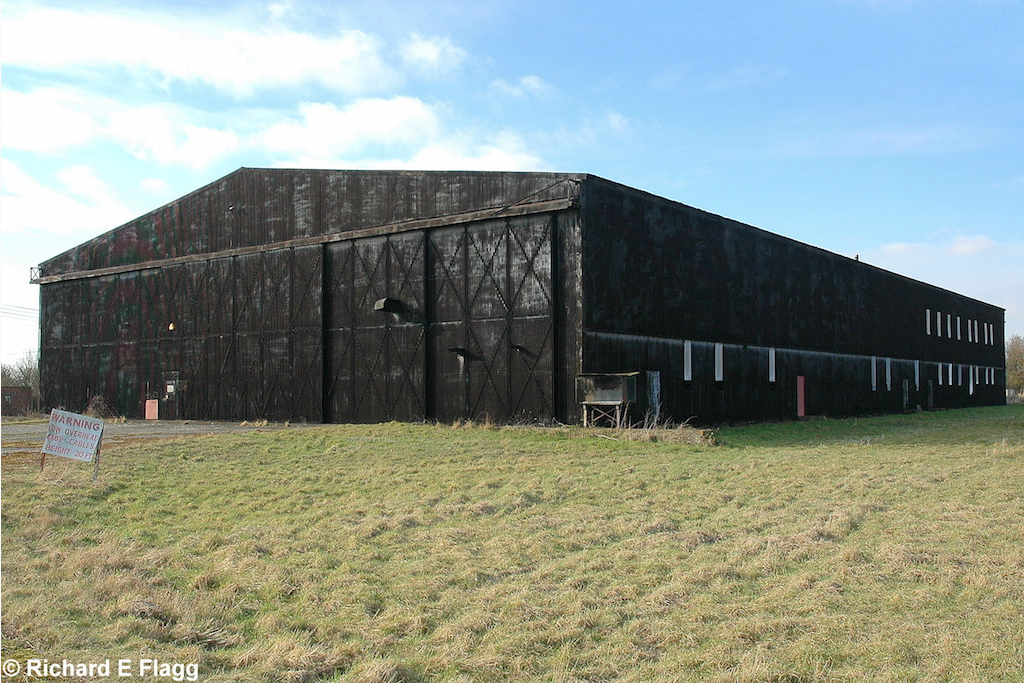 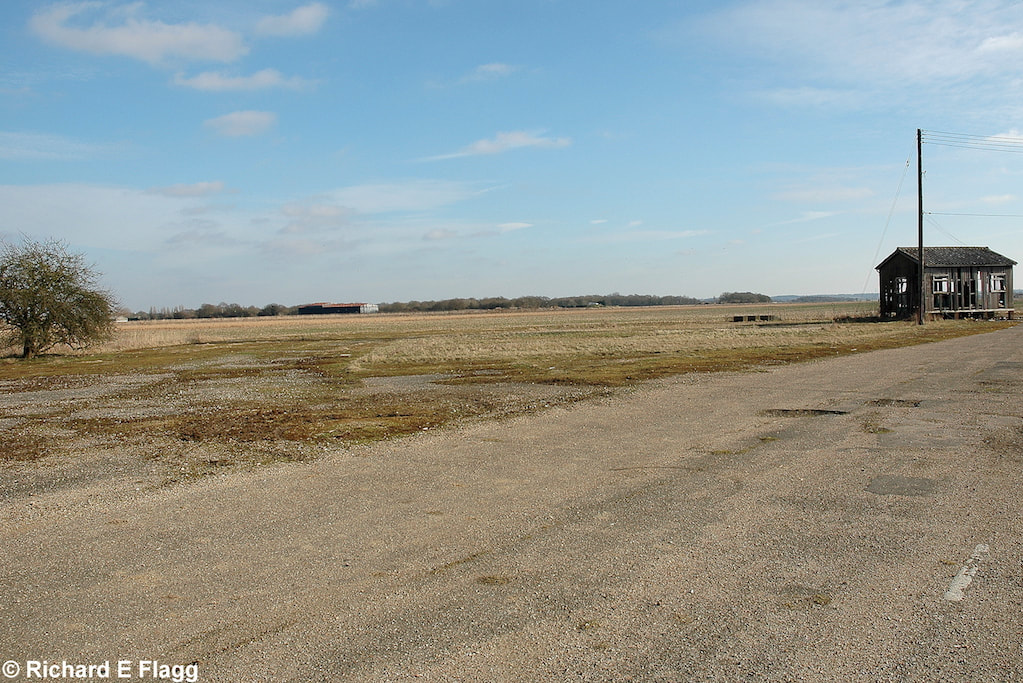 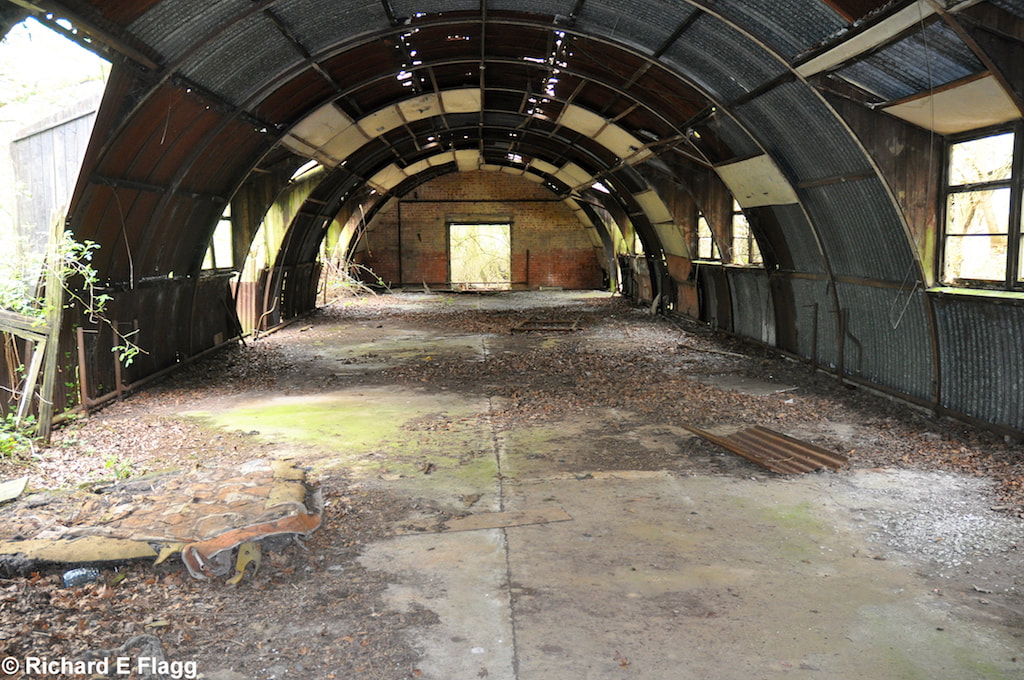 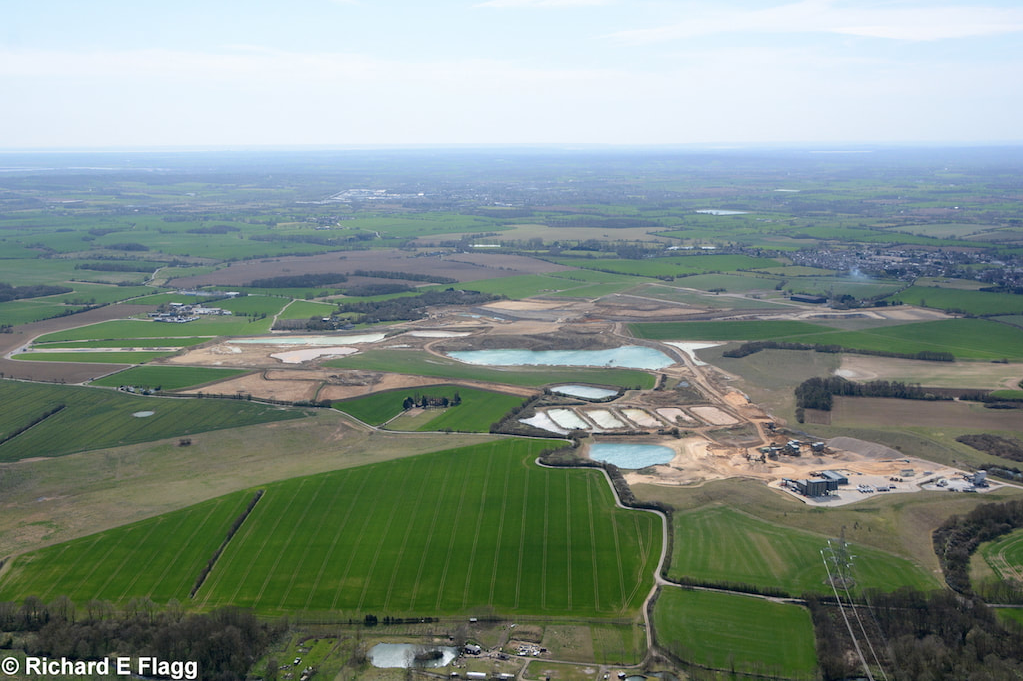 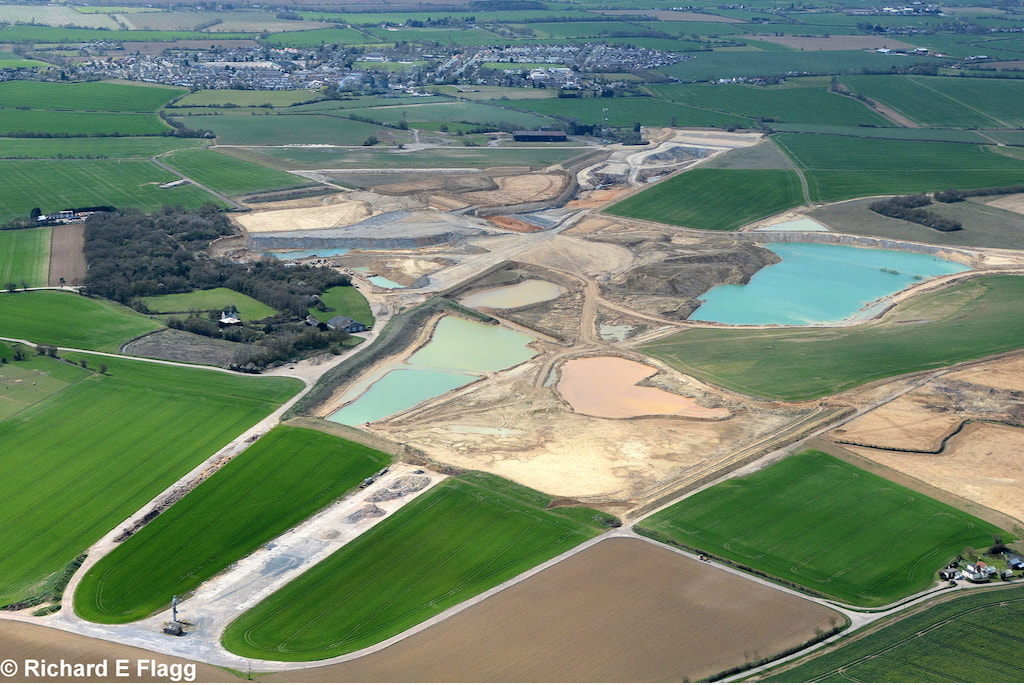 The Duke of Edinburgh visiting the satellite tracking system at Rivenhall, 1966. Courtesy of British Pathé 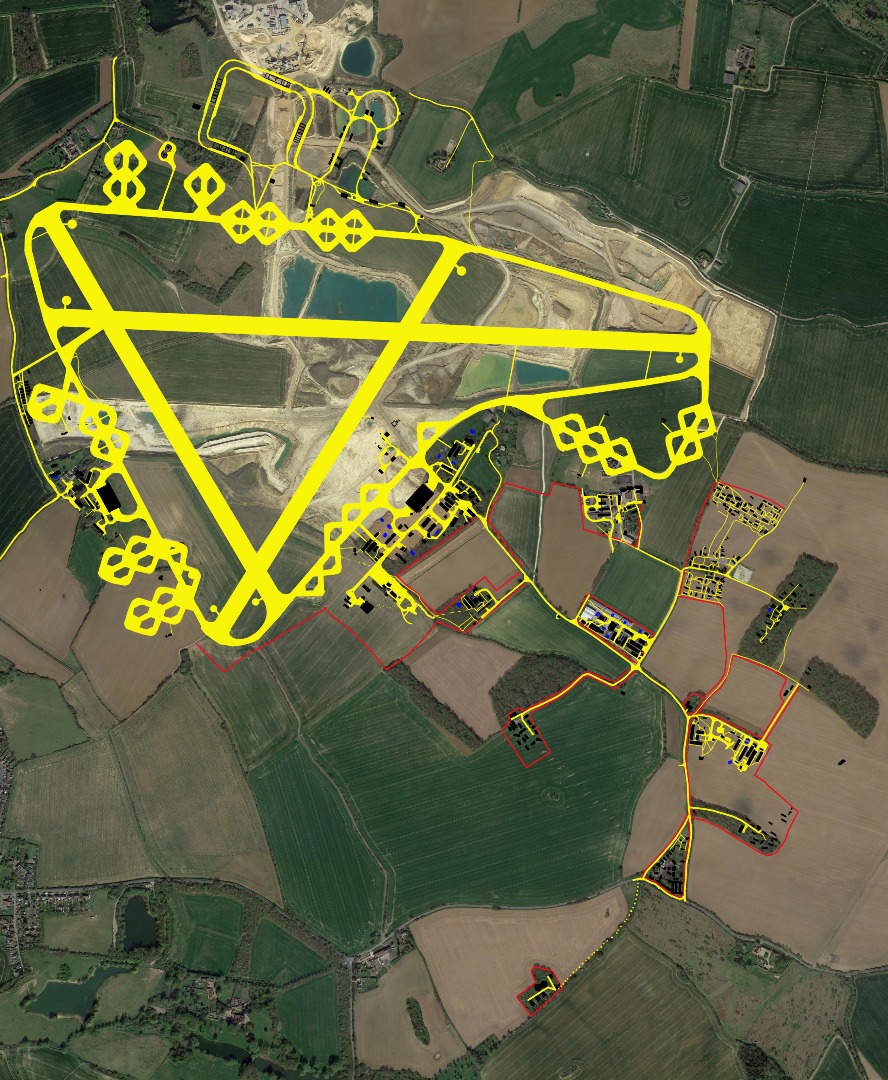