The first gliding under this name was carried out from the Lomond Hills in Fife, with a base being established at East Feal Farm near Leslie before the Second World War. After the war, in 1946, soaring restarted using the airfield at Balado Bridge before that site was returned to military use in 1957 in a non-flying capacity as a satellite ground station. The need for a new site therefore led to the acquisition of land at Portmoak Farm that year, where a hangar and clubhouse were built. The opportunity to buy the remainder of the farm was taken up in 1967, expanding the airfield significantly.

Portmoak’s location gives easy access for ridge soaring using both Bishop and Benarty hills, in a variety of wind directions. Gliders are launched both by winch and aerotow. The club holds a number of records for both speed and distance and is the largest gliding club in Scotland. 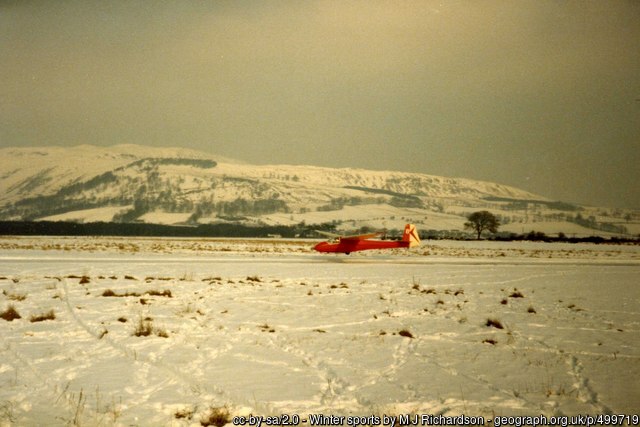 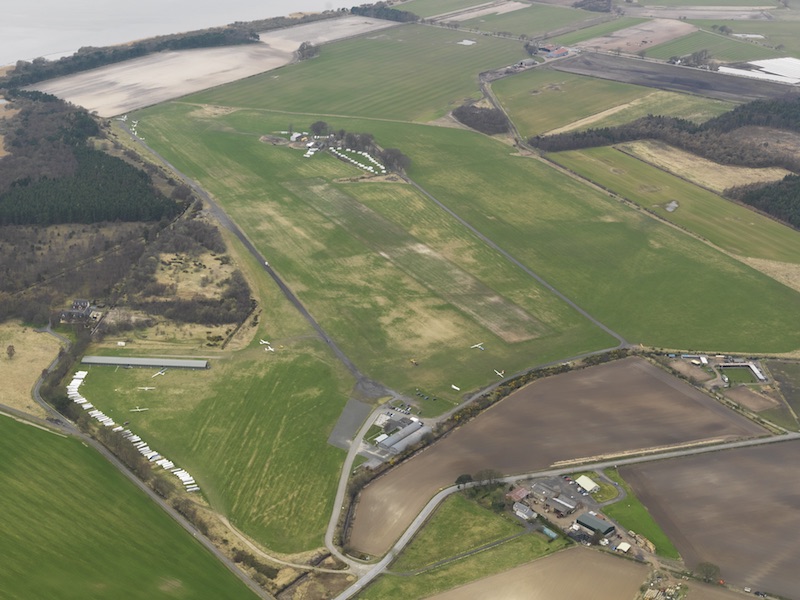 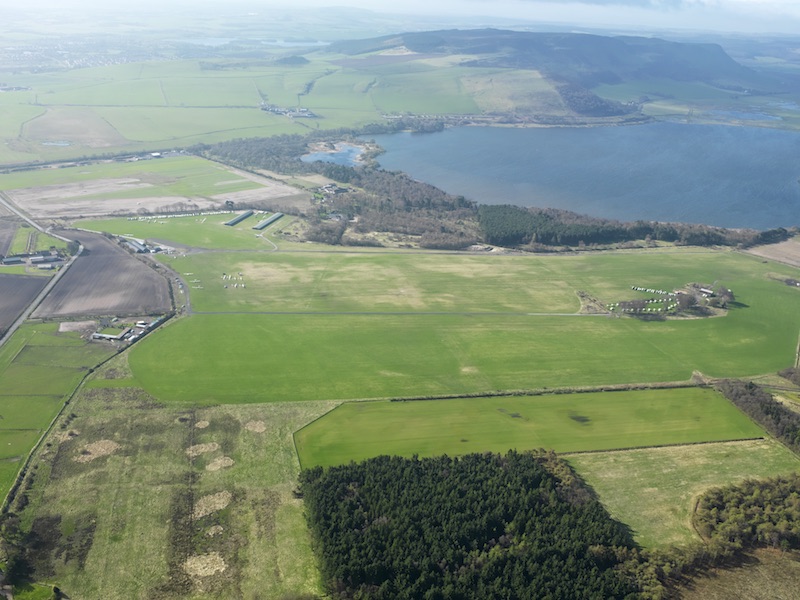 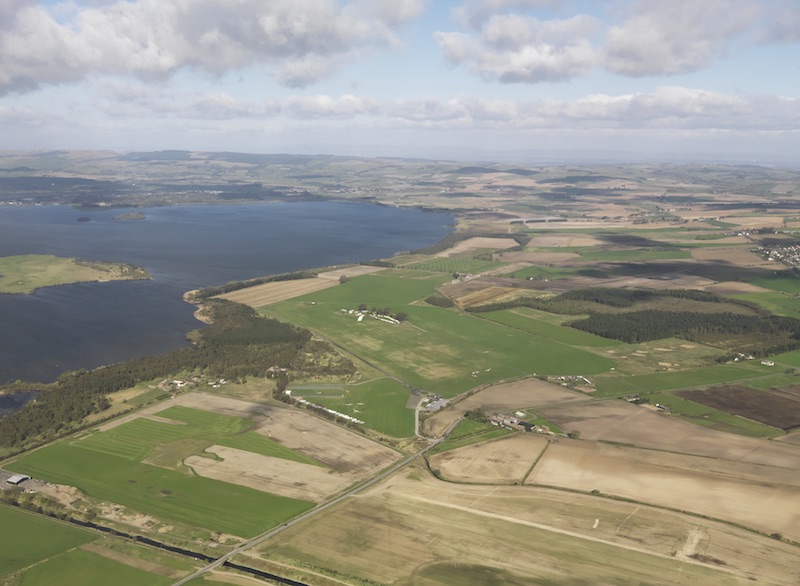 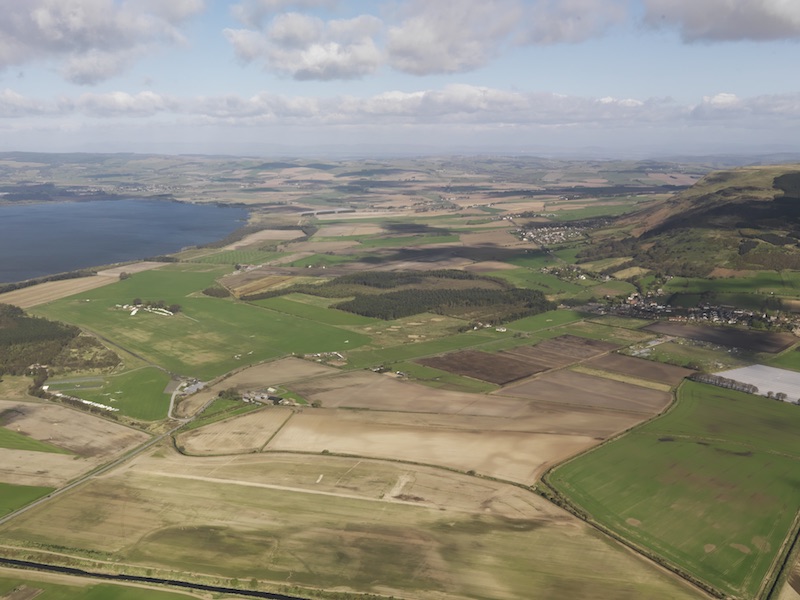 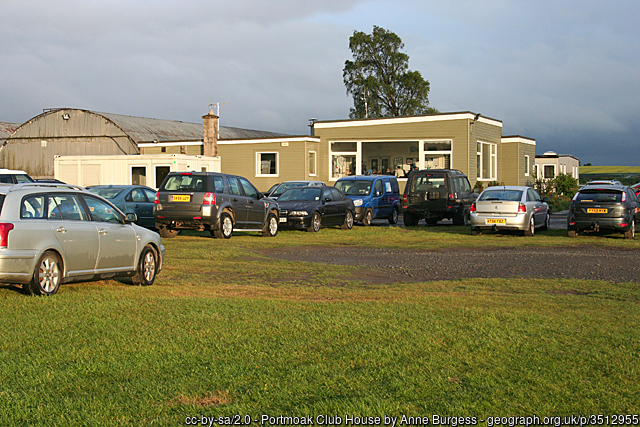 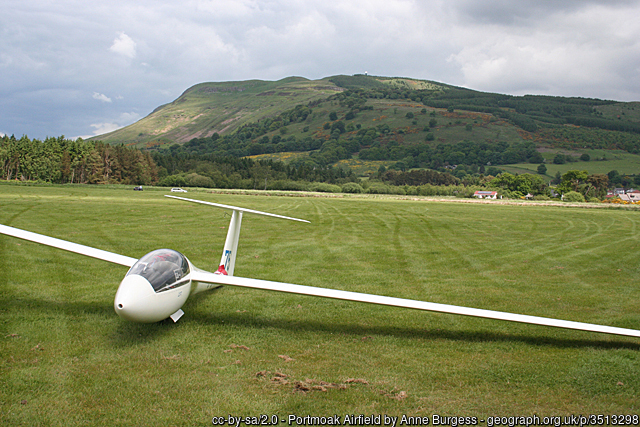 A glider at Portmoak with Bishop Hill in the background, 16 June 2013. 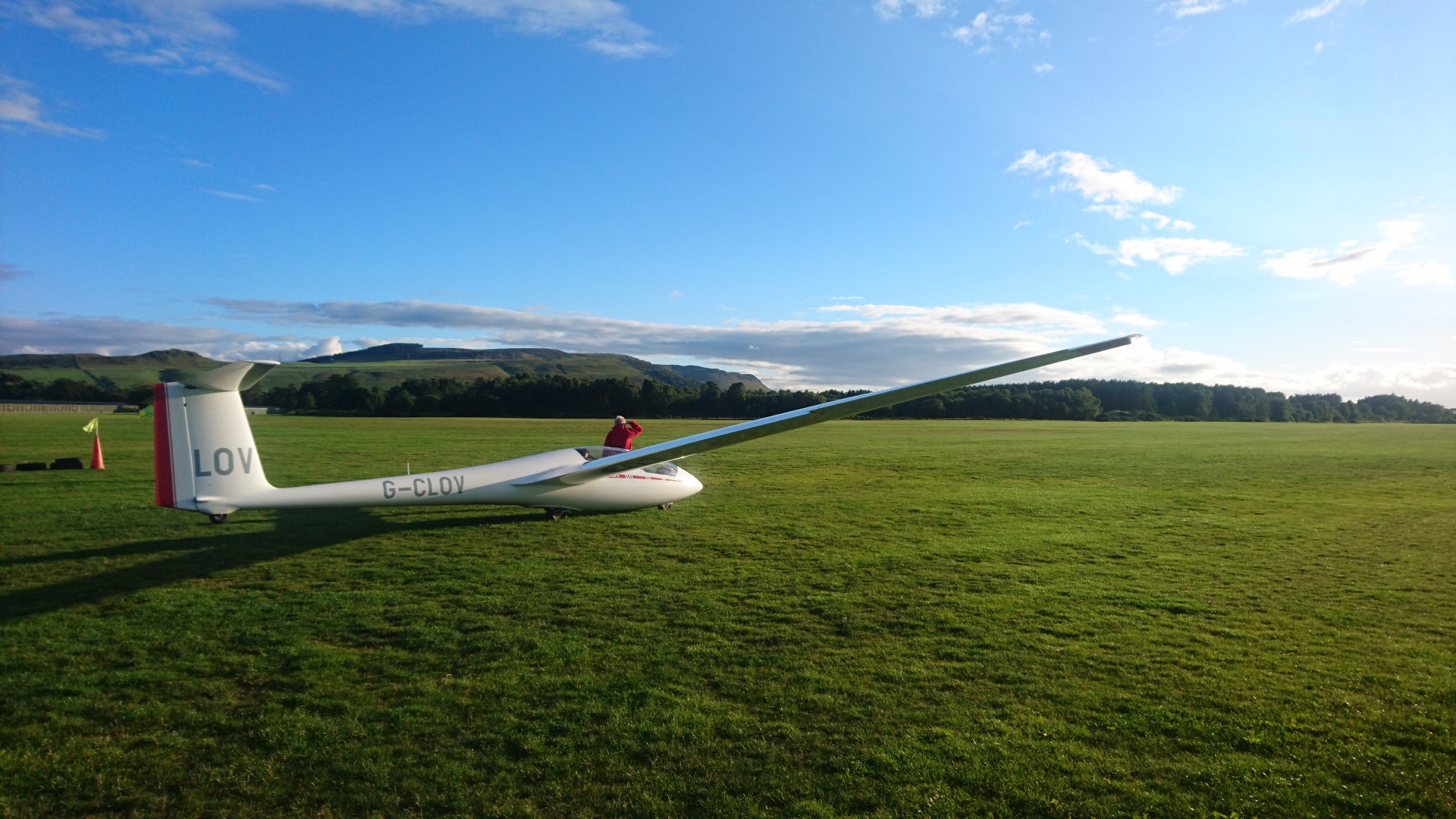 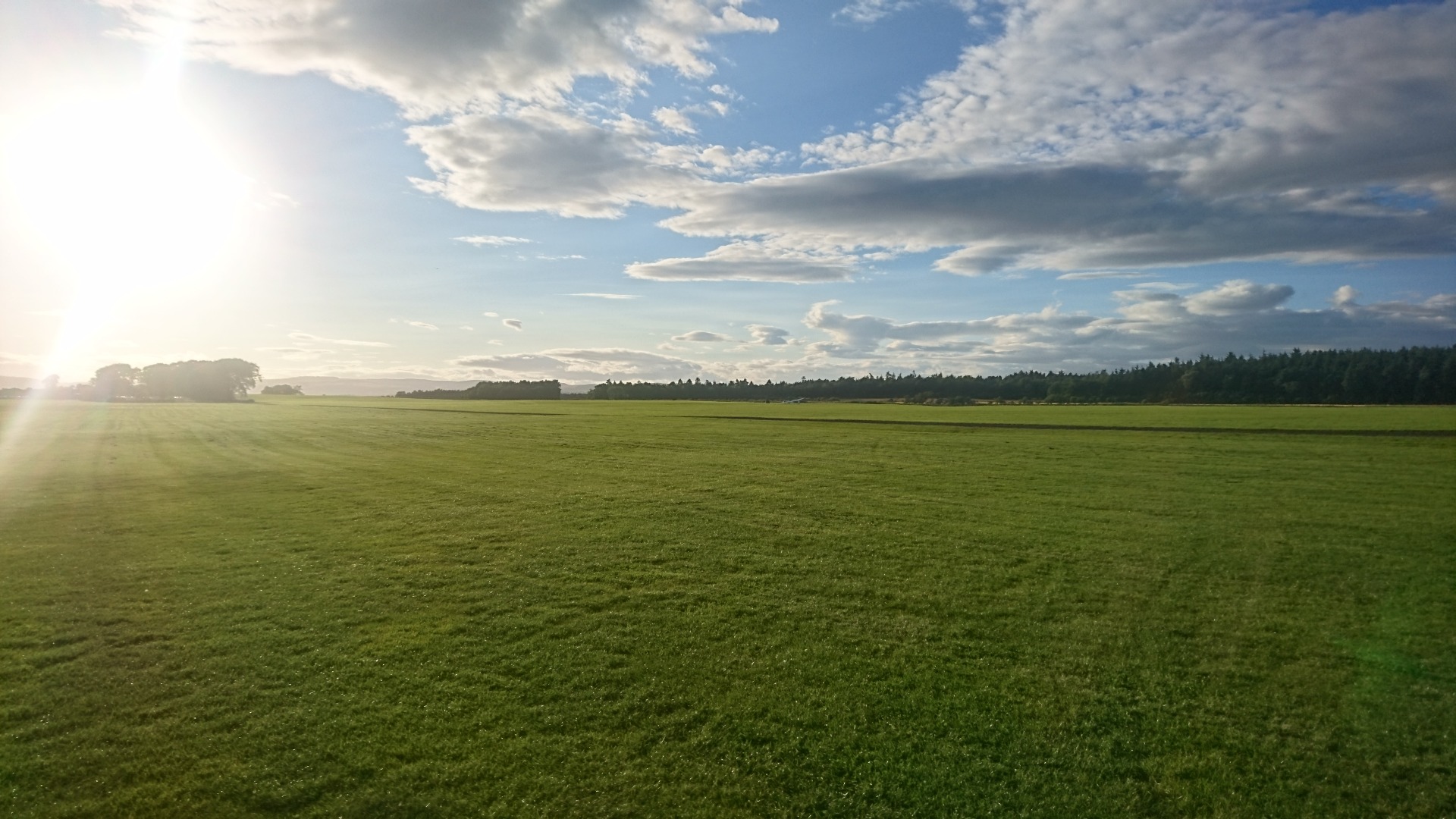