Royal Aircraft Factory BE2c and d fighters of No 33 Squadron initially had Middleton available to them as a Home Defence landing ground during 1916. After this unit transferred to Lincolnshire in the autumn of that year, No 76 Squadron employed the airfield for its Royal Aircraft Factory BE2 plus BE12 variants types. Middleton later closed in 1918 before the end of World War One.

The following alternative information/mass media sources have at least potentially significant connections with the airfield (as at 31/01/2019):

Photograph of the plaque at Middleton. Courtesy of Rachael Mitchell, Leeds City Council. 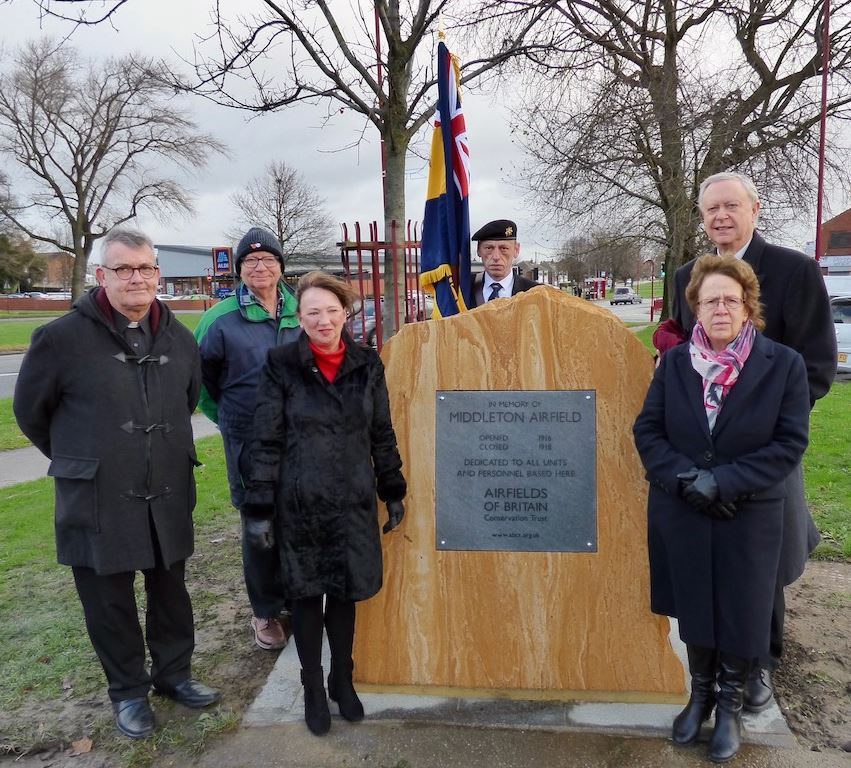