Shortly prior to his passing, the legendary Raymond Baxter reportedly made a sentimental trip to Matlaske to see one of his former bases while serving as a distinguished Spitfire pilot during WW2. Sadly so much has this place been demolished that even he was finding difficulty in trying to find the airfield.

Matlaske airfield was originally approved for requisition as far back as August 1939, opening in October 1940 as a satellite to Coltishall.

The airfield’s name has always caused some comment and confusion – technically Matlaske is the village and Matlask the civil parish; the RAF for some reason tended to largely use the latter title in its records but Matlaske is the more commonly accepted name and the village sign prominently displays a Supermarine Spitfire at the top.

Prominent squadrons included No 19 (Spitfires, August-December 1941) and No 56 (Typhoons, August 1942-July 1943). The most distinctive fighter aircraft present here became rare twin-engined Westland Whirlwinds of No 137 Squadron, stationed at Matlaske between December 1941 and August 1942 to carry out convoy patrols. The squadron suffered heavy losses during the so-called ‘Channel Dash’ by the German battleships Scharnhorst, Gneisenau and Prinz Eugen in February 1942.

Matlaske Airfield was out of action between August 1943 and September 1944 owing to major reconstruction work and some official vacillation. However the airfield became very busy once again for Tempest, Mustang and especially Spitfire squadrons, the latter performing further sweeps over Europe, even though Matlaske’s temporarily waterlogged area necessitated some operations being mounted from Swannington down the road in the autumn of 1944.

No 453 Squadron (Spitfires, October 1944-April 1945) was the last truly significant unit here, if one excludes two Auster artillery spotter squadrons present in the late summer of 1945. After this the airfield slowly but surely withered away and was on caretaker status by October 1945, though it did not officially close in RAF Fighter Command terms until May 1946.

Although the airfield is still fondly remembered, hardly anything now remains amid farmland, only really sections of perimeter track and foundations – both control towers were demolished in the late 1970s.

Admirers of the famous TV presenter Raymond Baxter may well know that he was based here for a short time towards the end of World War Two while serving with No 602 (City of Glasgow) Squadron.

Photographs from the unveiling of the ABCT marker at Matlaske on 27 February 2011: 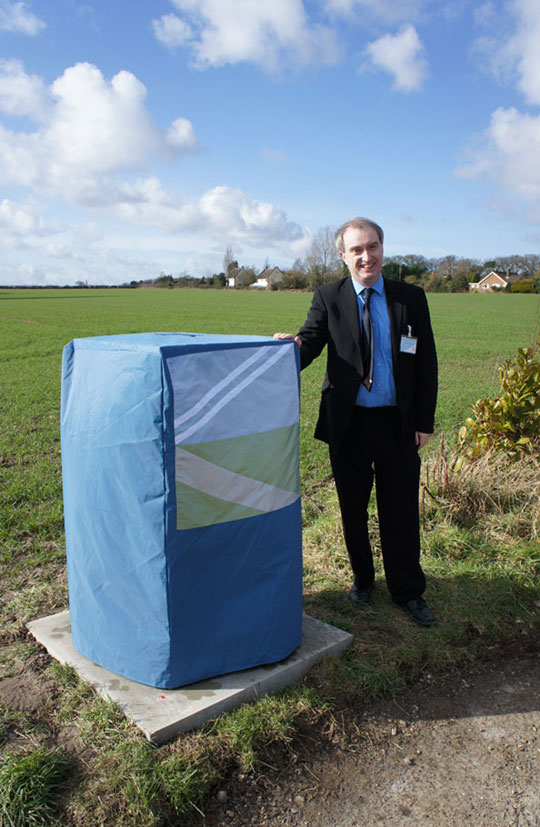 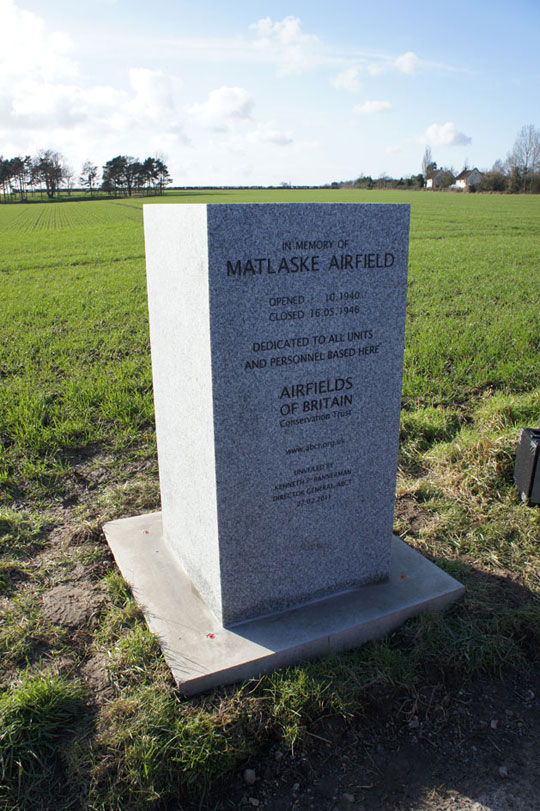 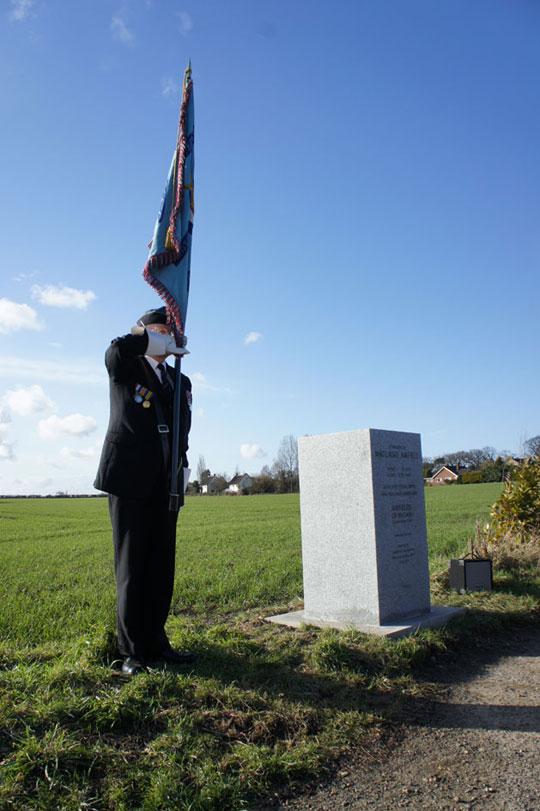 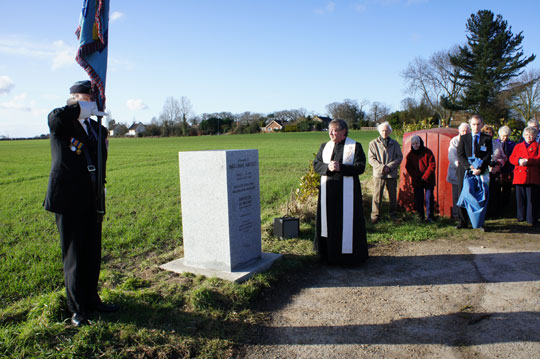 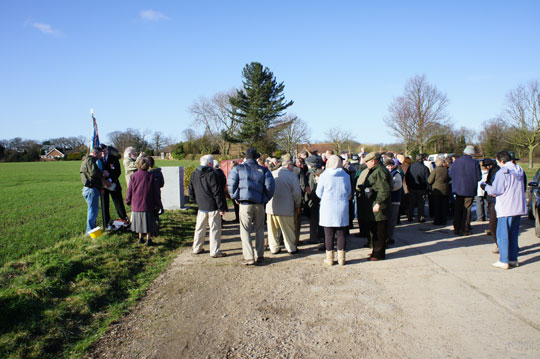 Photographs of the memorial and sign directing to the memorial, 2012. Courtesy of Roy Owen 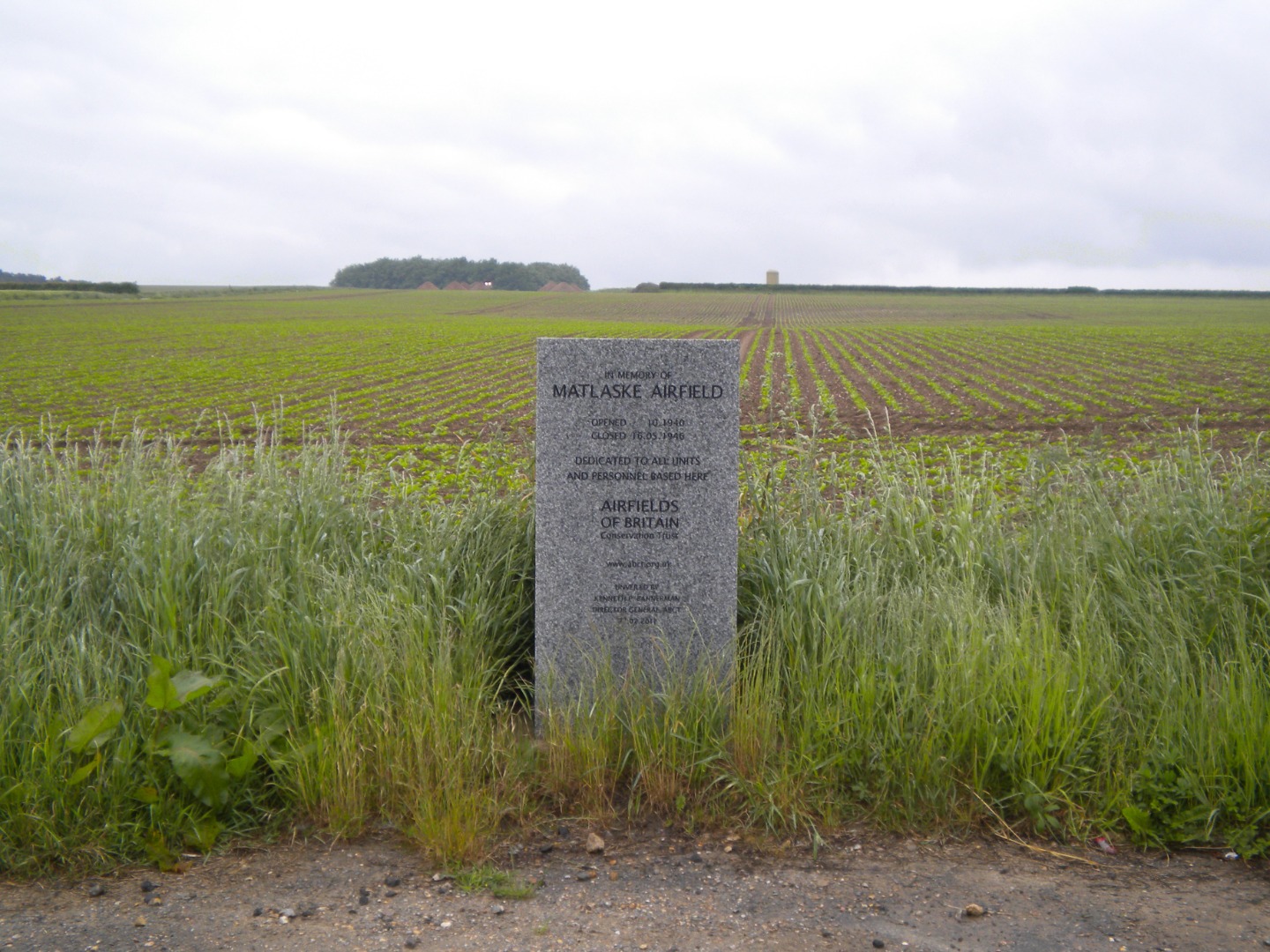 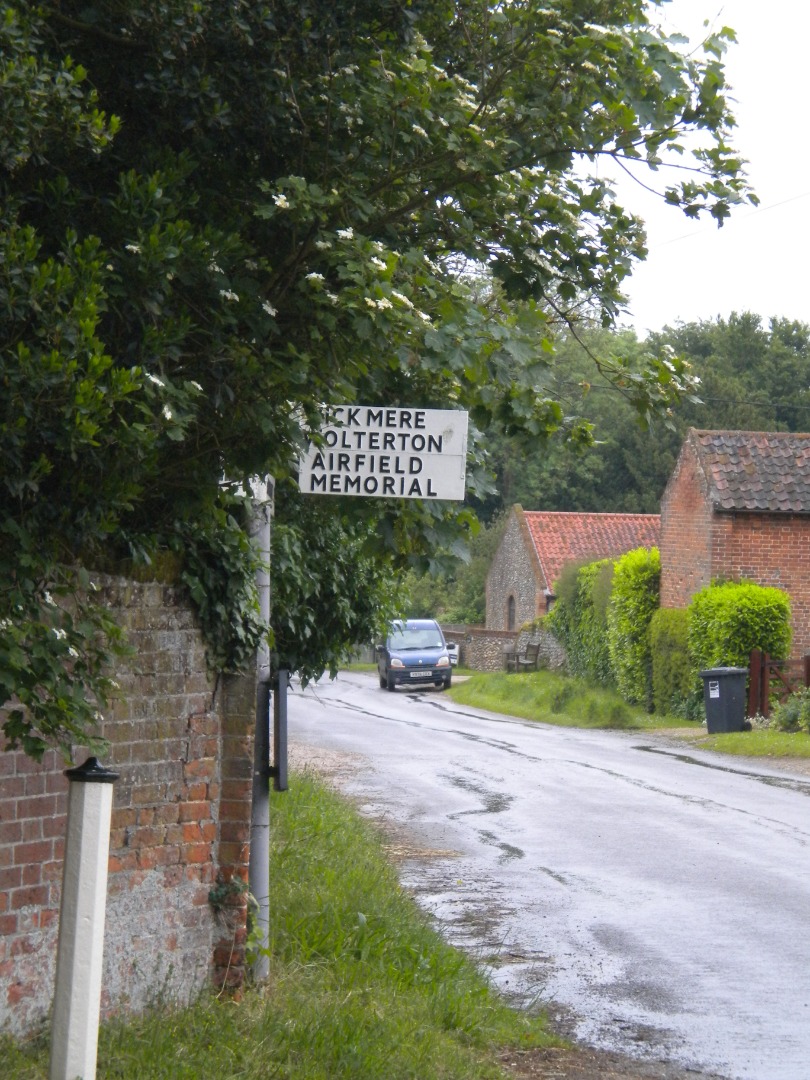 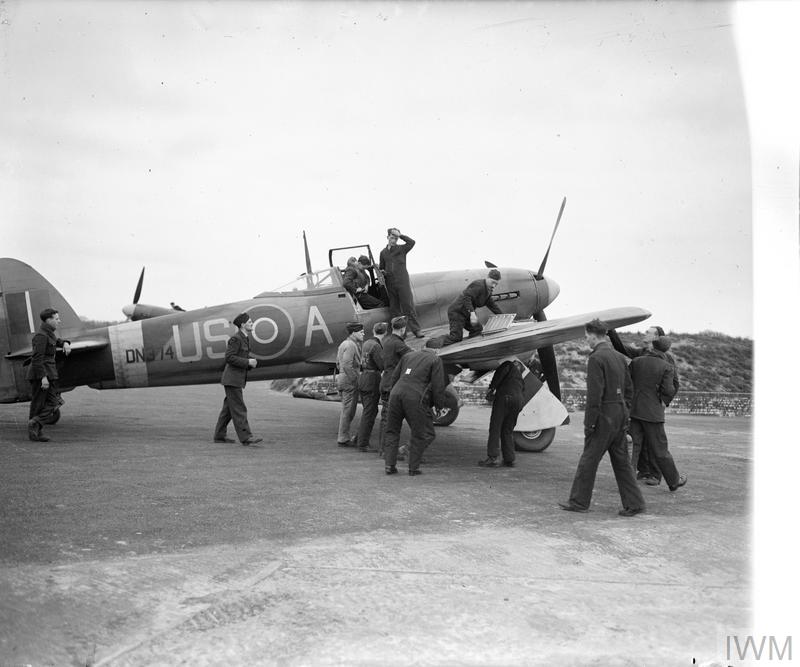 Ground crew take over a Hawker Typhoon Mark IB of No 56 Squadron, in order to prepare it for another sortie, as the pilot, Flying Officer R Poulter, unbuckles himself from the cockpit on his return to Matlaske during the Second World War. © IWM (CH 18274) 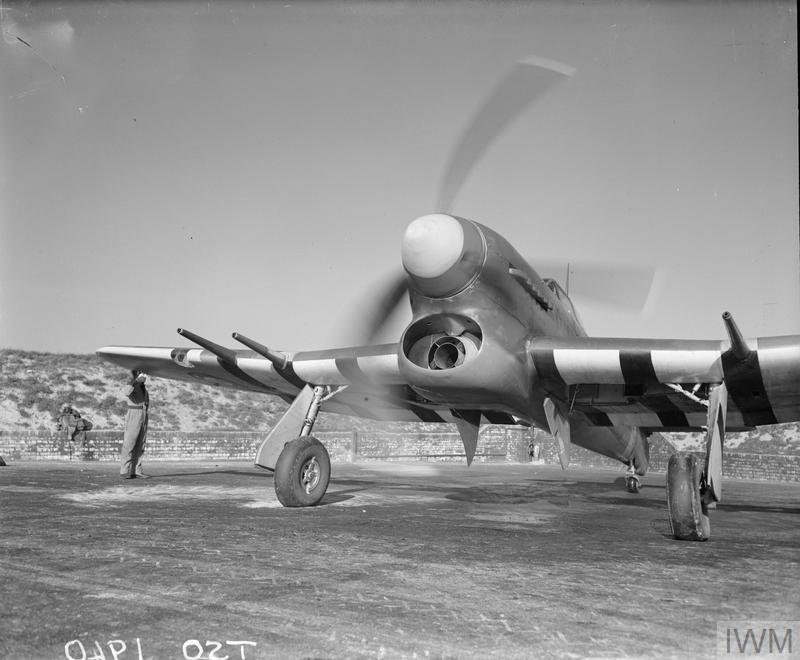 A Hawker Typhoon Mark IB of No 56 Squadron runs up its engine in a revetment at Matlaske, before taking off on a 'Rhubarb' (a harassing fighter operation) over Holland. © IWM (CH 9250) 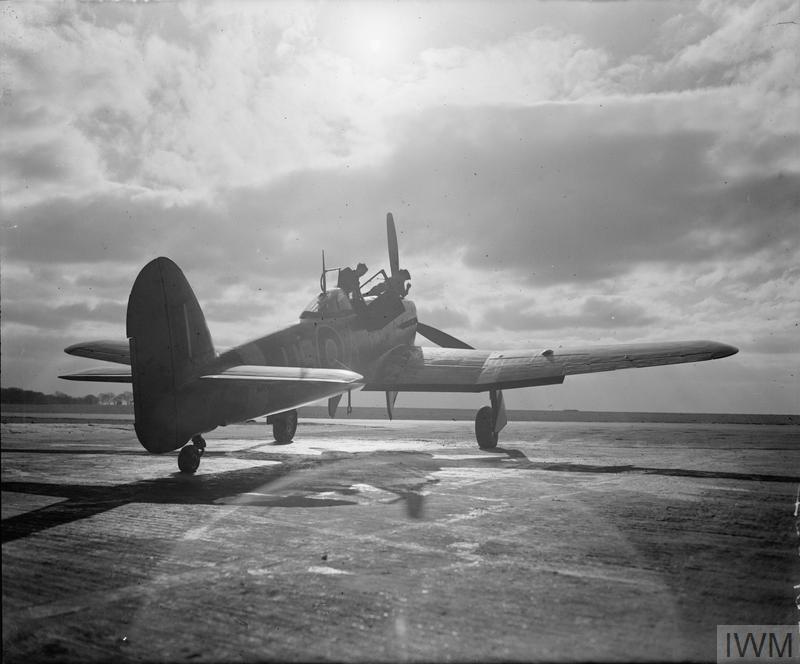 A Hawker Typhoon Mark IB of No 56 Squadron being serviced at Matlaske during the Second World War. © IWM (CH 9249) 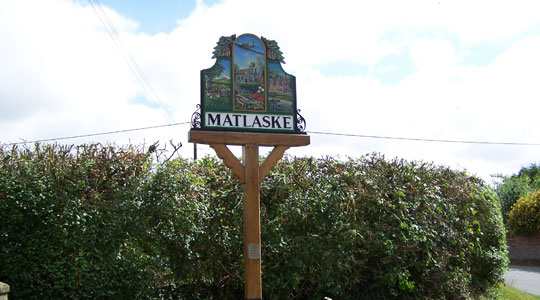 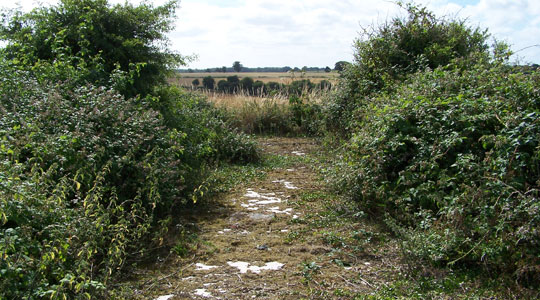 Heavily overgrown foundations of the guardroom on the west side, 14 July 2006. 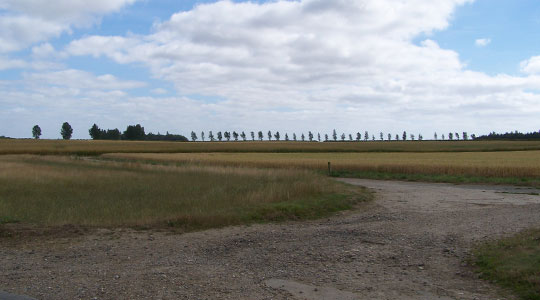 Looking south-west from the north-east section of the perimeter track, 14 July 2006. 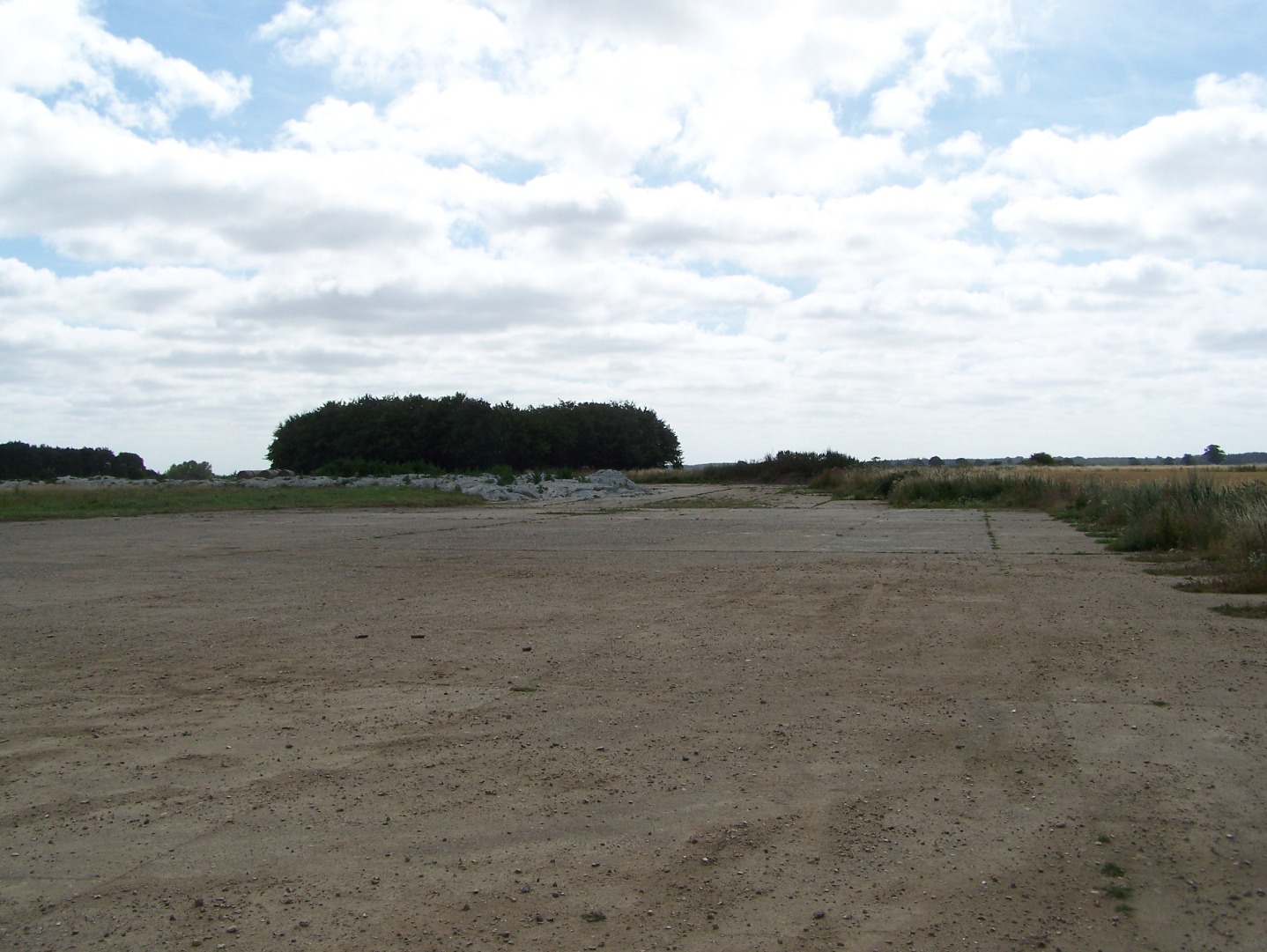 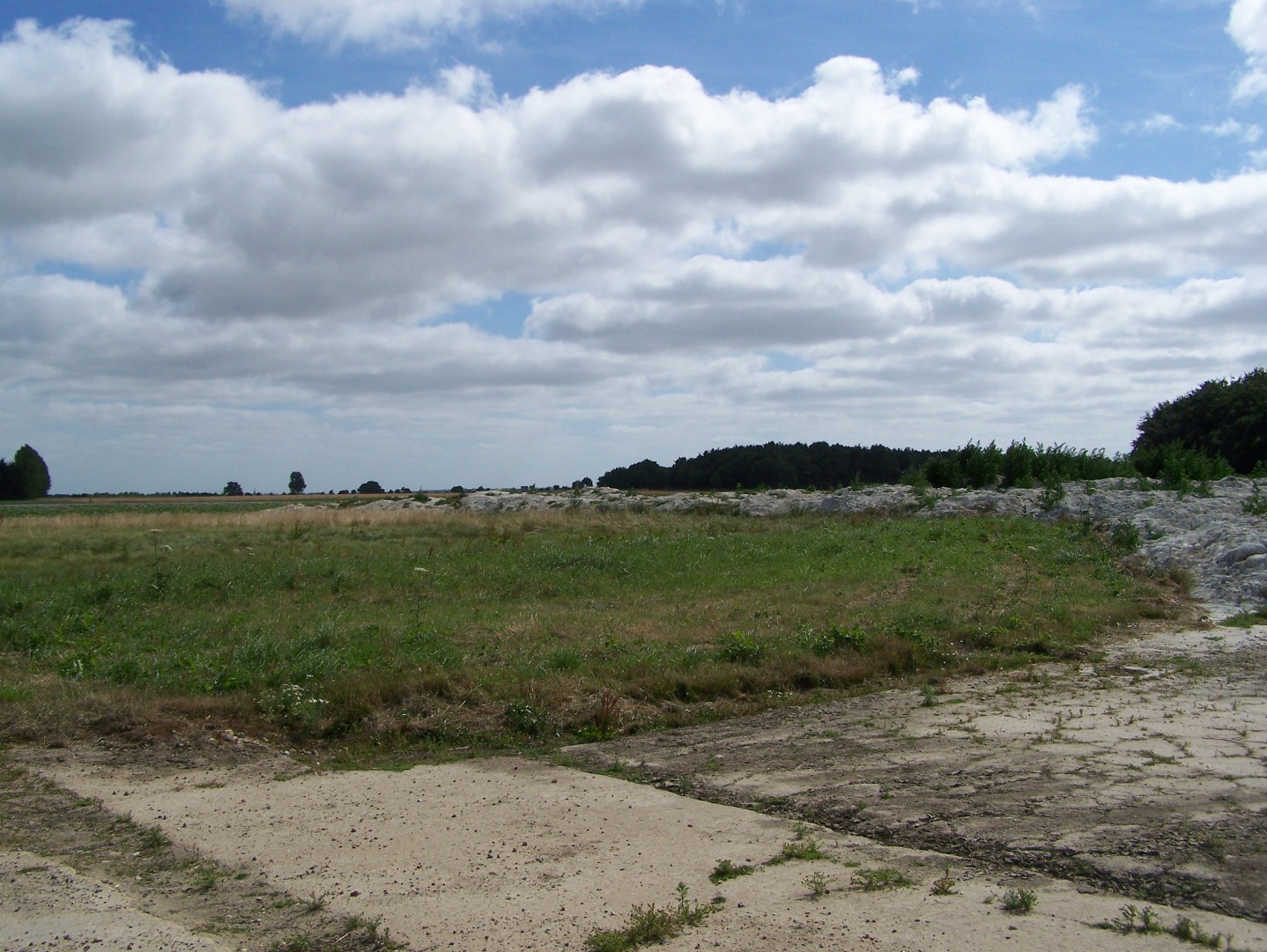 Rubble and mounds of earth on the north side of the airfield, marking the position of both demolished control towers, 14 July 2006. 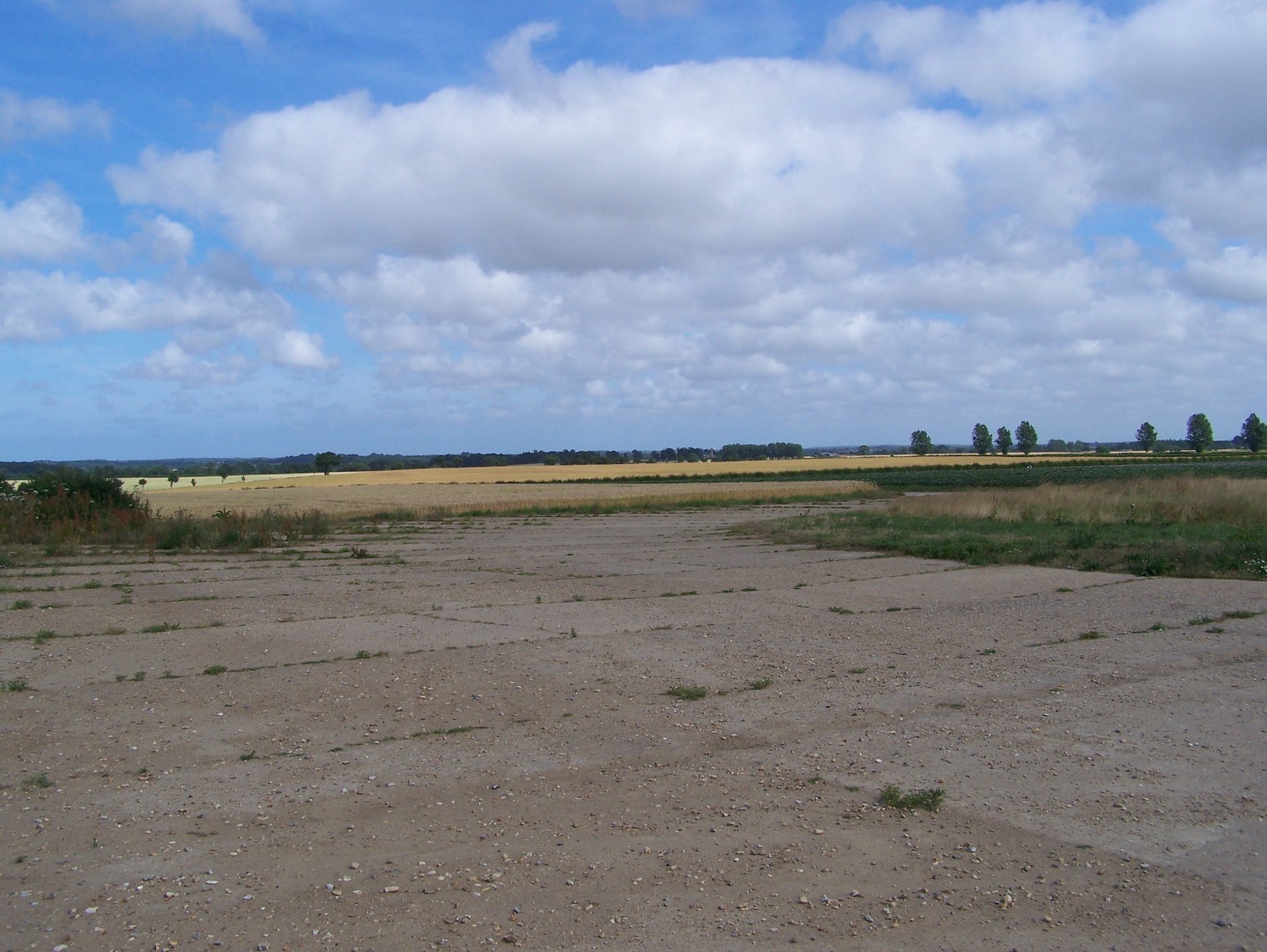 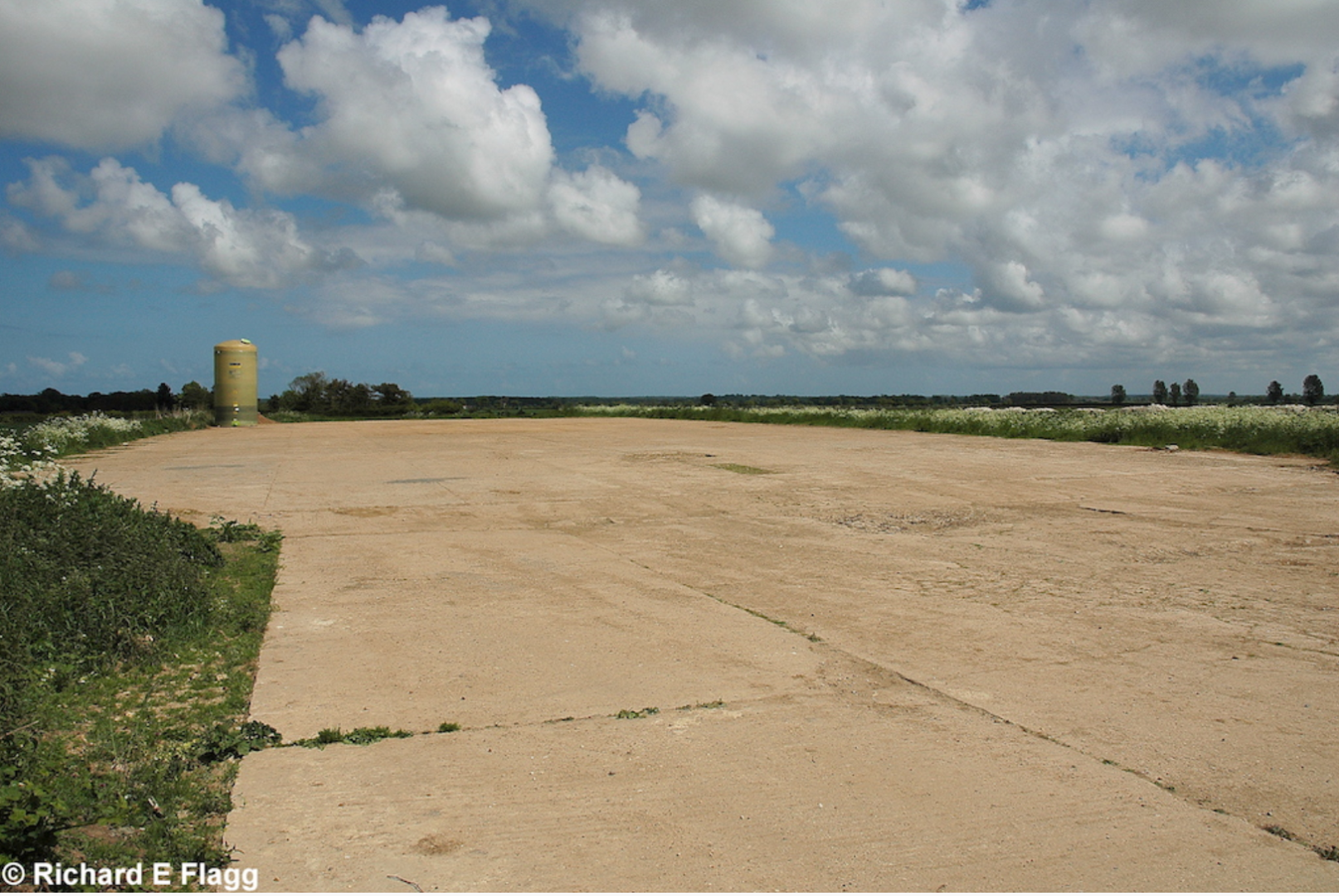 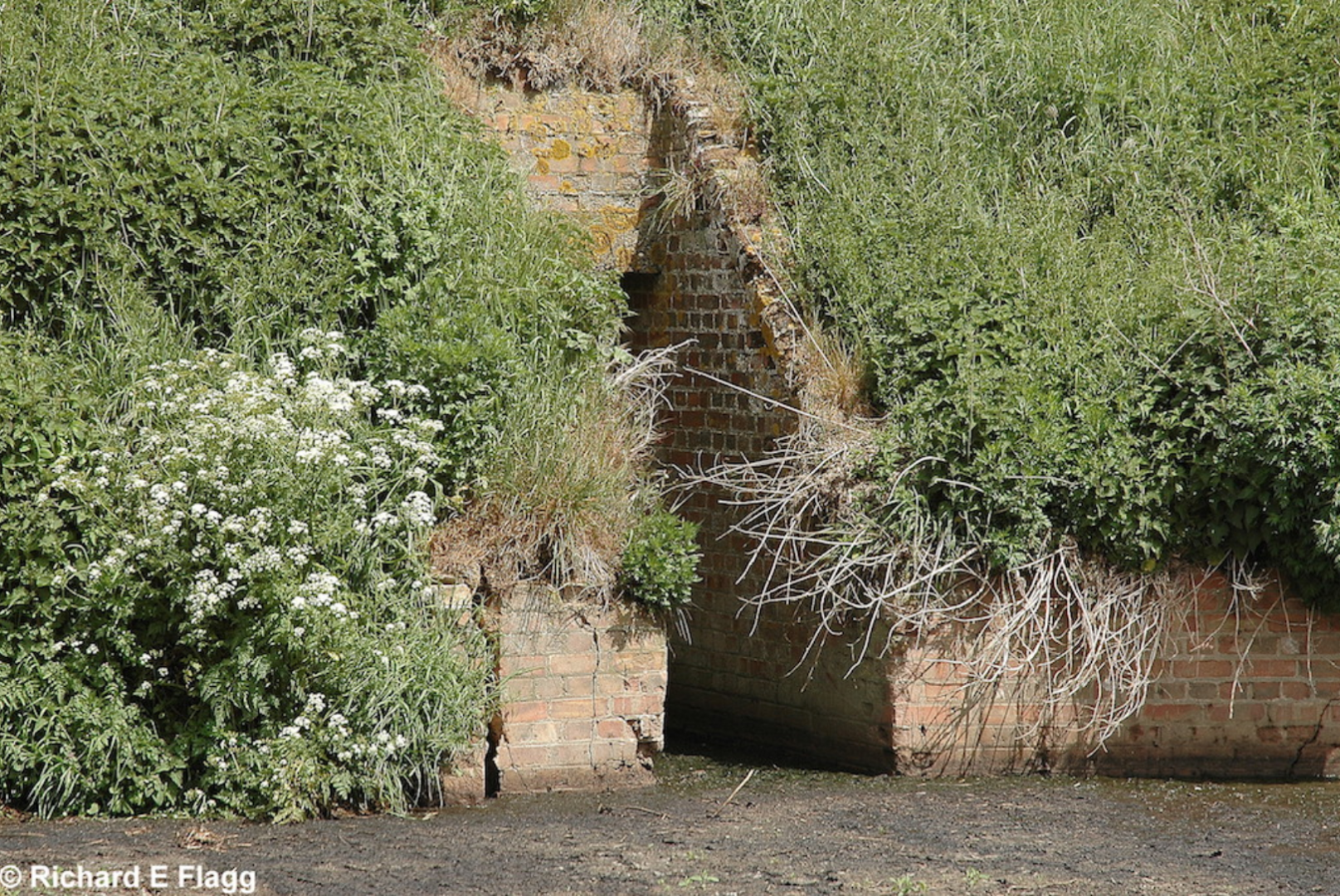 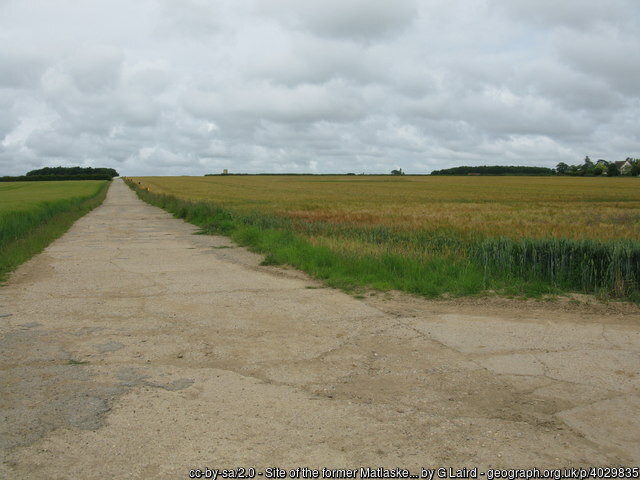 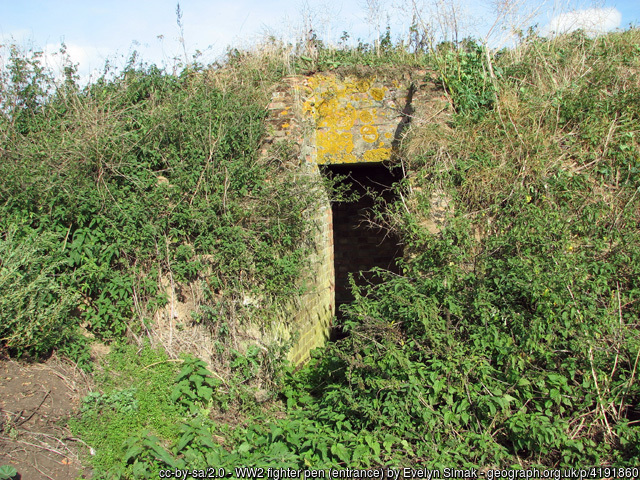 An entrance to the crew shelter of a fighter pen at Matlaske, 3 October 2014. 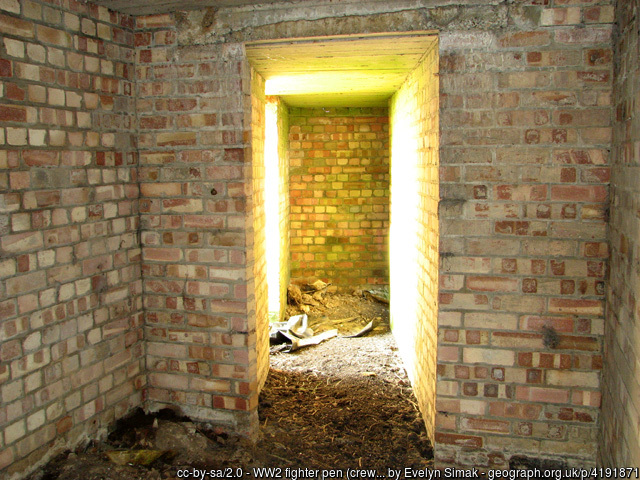 Interior of a crew shelter of a fighter pen at Matlaske, 3 October 2014. 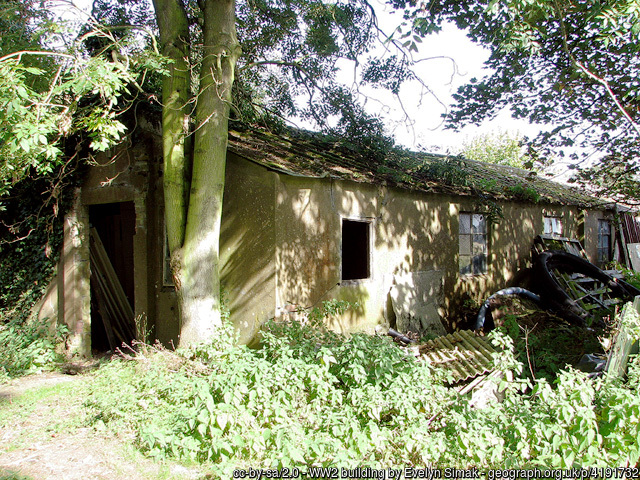 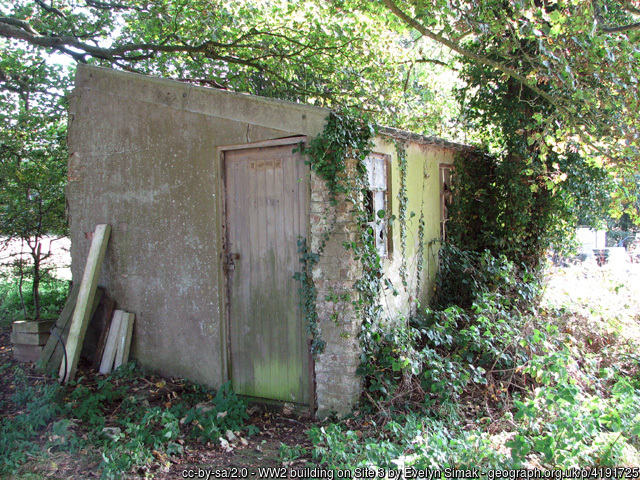 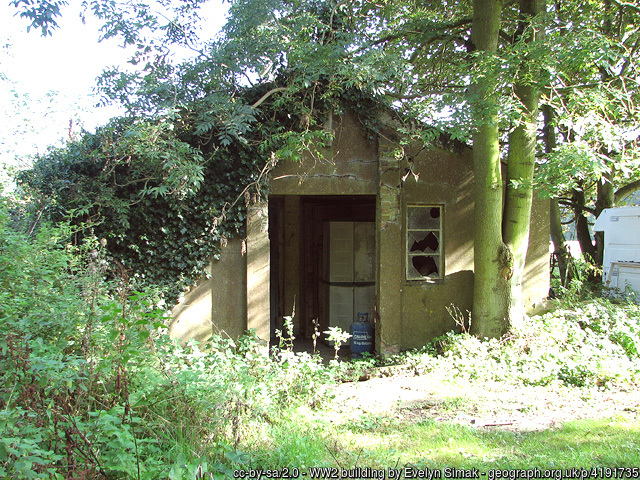