Gravesend was first used as a private landing ground by Australian aviator Captain Edgar Percival prior to opening officially as an airport in 1932. However, despite efforts to attract airlines, it was largely unsuccessful in doing so. Airliner activity was limited to a few that landed at Gravesend, diverting due to bad weather at Croydon.

Private civil aviation and the Gravesend School of Flying were the main users of the airfield at this time. Percival Aircraft did operate a factory at the site between the early 1930s and 1936 but moved to larger premises at Luton.

The military first moved in in 1937 with the formation of No 20 Elementary and Reserve Flying Training School. This element trained both RAF and FAA pilots, using aircraft such as de Havilland Tiger Moths, Hawker Hinds and Fairey Battles.

The school left as the war started and Gravesend became a satellite for Biggin Hill. The airfield’s first resident fighter unit, No 32 Squadron, arrived with Hawker Hurricanes in January 1940. The airfield played an important role in the Battle of Britain, although managed to avoid significant damage from attack by the Luftwaffe. A large number of fighter squadrons operated from Gravesend during the war, usually for relatively short periods of time. Nos 19, 65 and 122 Squadrons all arrived during October/November 1943 with Supermarine Spitfires, soon converted to North American Mustangs and left for Ford the following April. Departing at the same time was air-sea rescue unit No 277 Squadron which had proved another prominent resident since December 1942.

The period surrounding D-Day was an especially busy time for Gravesend. Hawker Typhoons, de Havilland Mosquitoes and Spitfires were among the aircraft flying from the airfield, supporting the invasion.

All aircraft, the last being a Mosquito Wing, left after the invasion as the German V1 flying bomb campaign increased and Gravesend became one of several airfields particularly at risk from these attacks. It therefore had to close on 30 July 1944. The airfield became a control centre for aircraft negotiating the large number of barrage balloons in the area. Gravesend had two grass runways, both of which were extended during the war. Sommerfeld Track was also laid in 1942.

Following the war, Gravesend was put under Care and Maintenance as a military airfield, but there was still flying carried out by long-term resident Essex Aero Limited. This company specialised in manufacturing self-sealing petrol tanks for aircraft. However, it went into liquidation early in 1956 and the airfield closed shortly after once its pre-war owner, Airports Limited (also owner of Gatwick), decided to sell the site. Houses were built on the site from 1958 as well as two schools, a sports centre and a golf course latterly. There are now very few tangible remains of the airfield.

Photographs and video from the unveiling of the ABCT memorial marker on 25 June 2016: 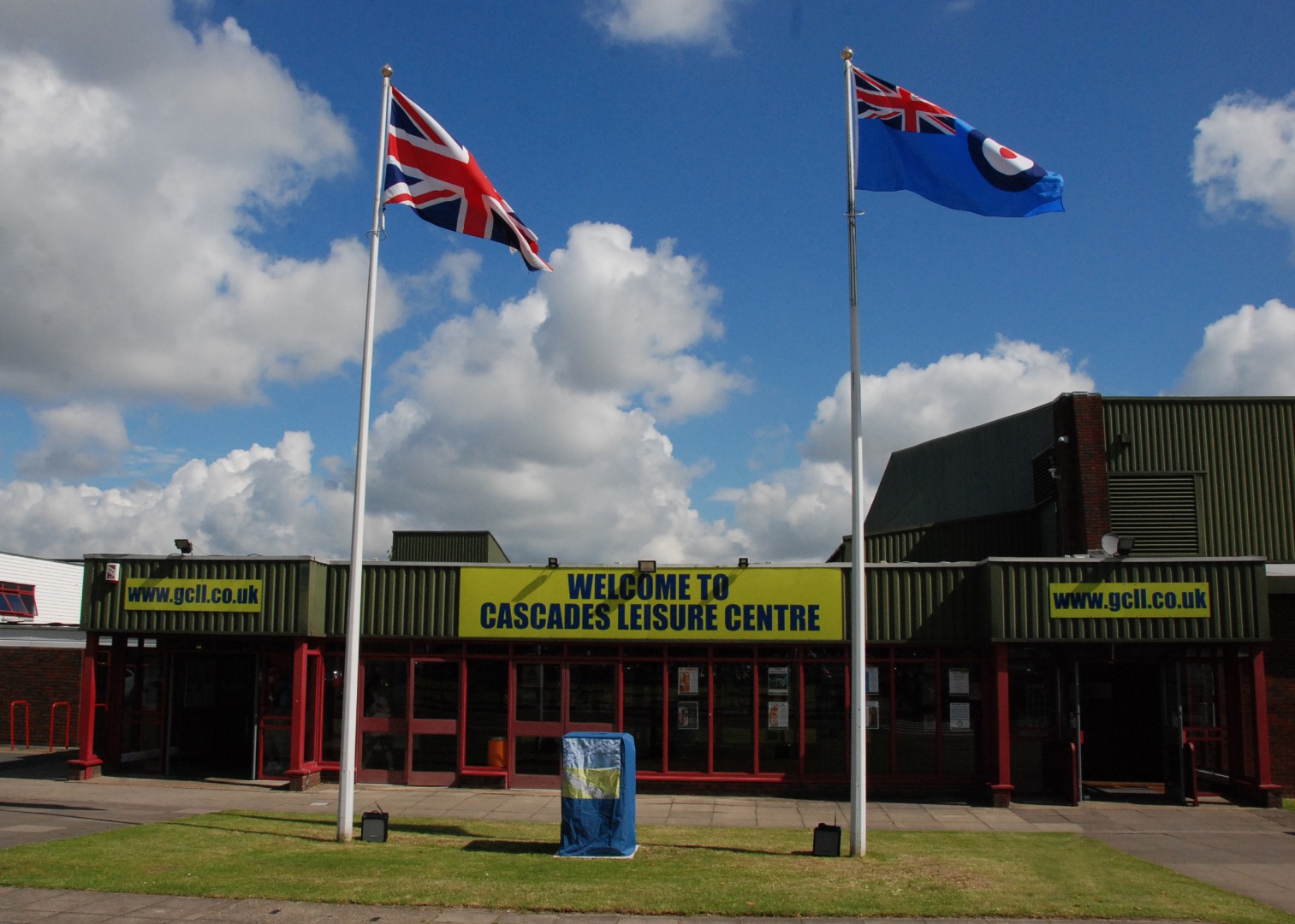 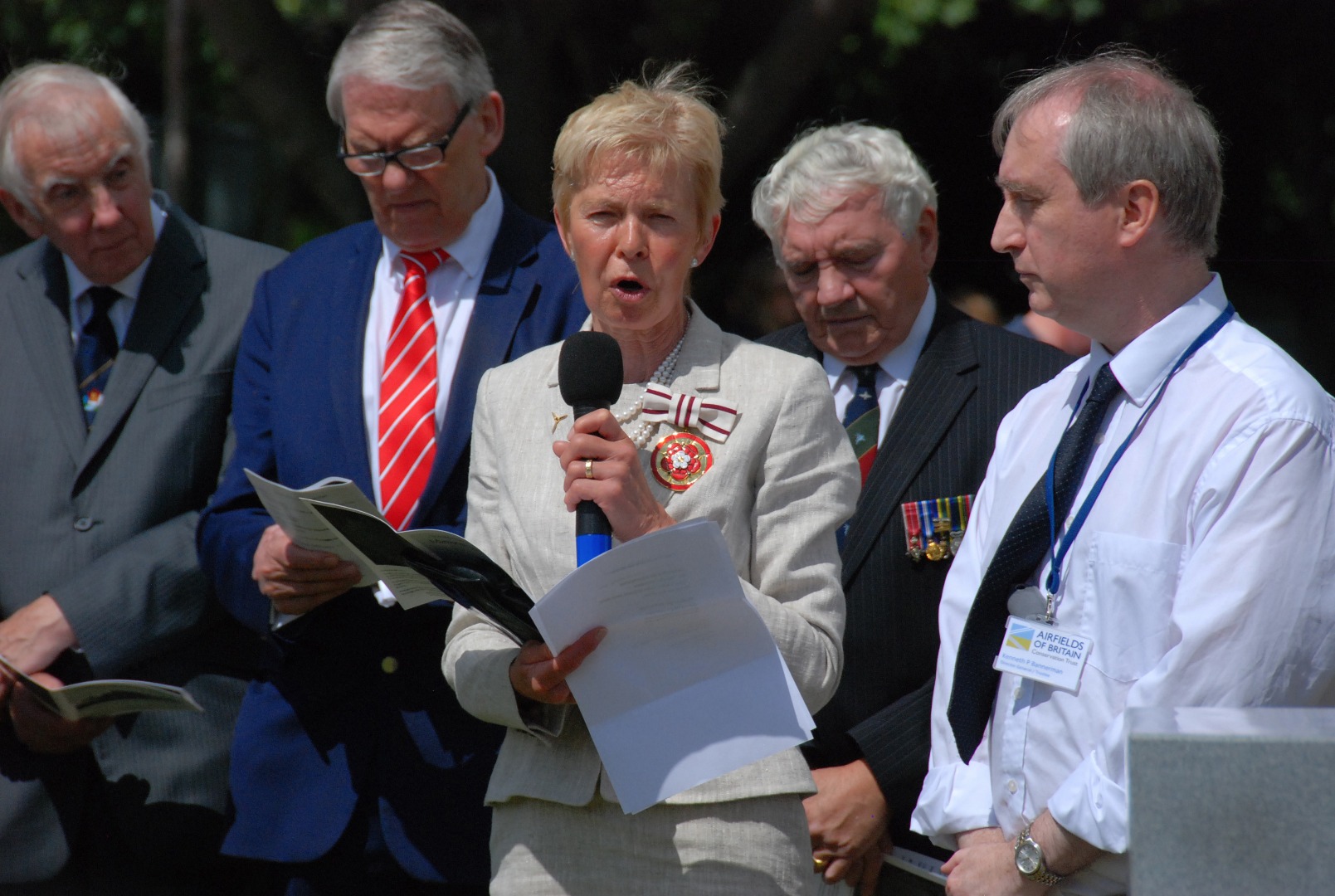 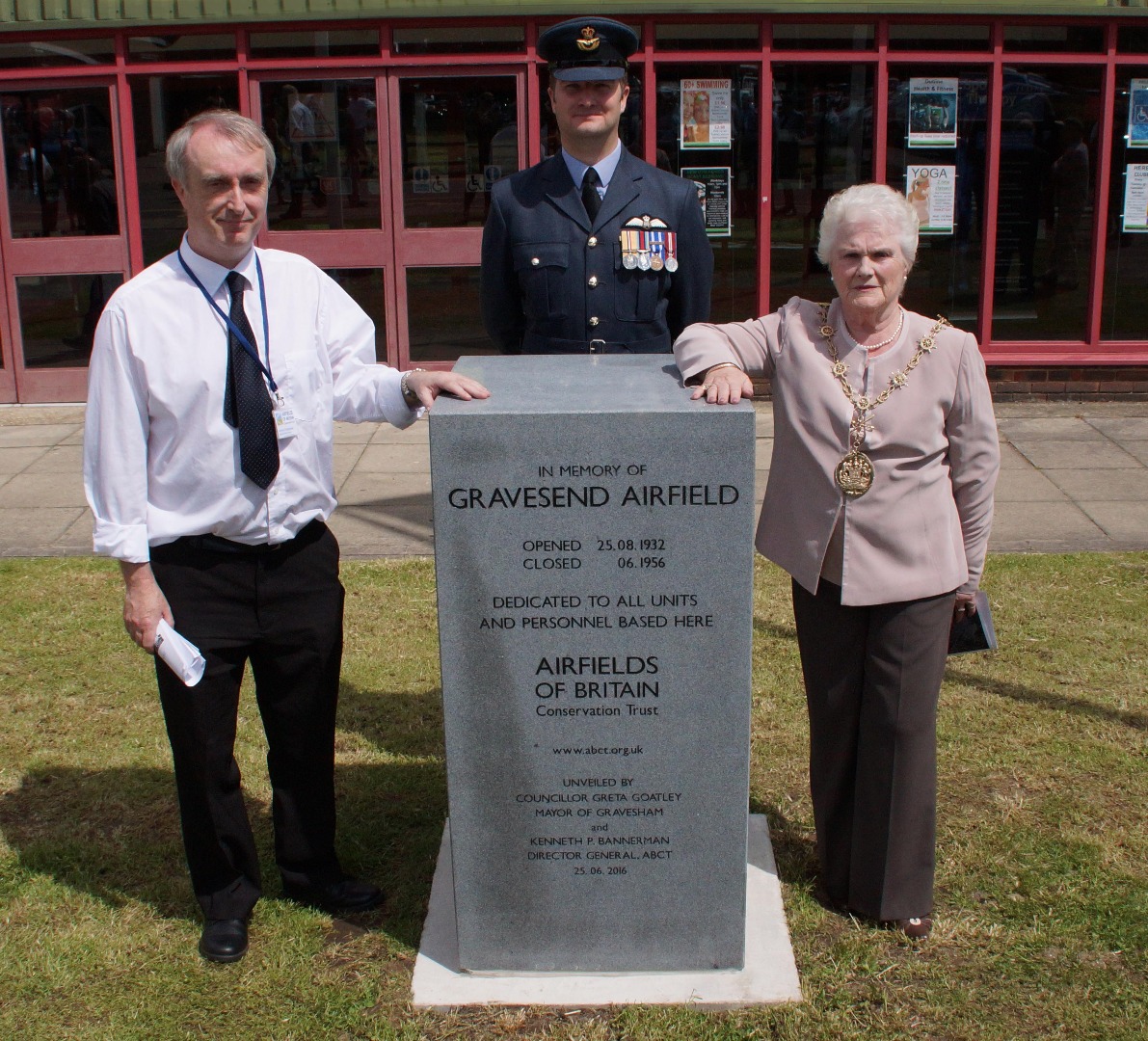 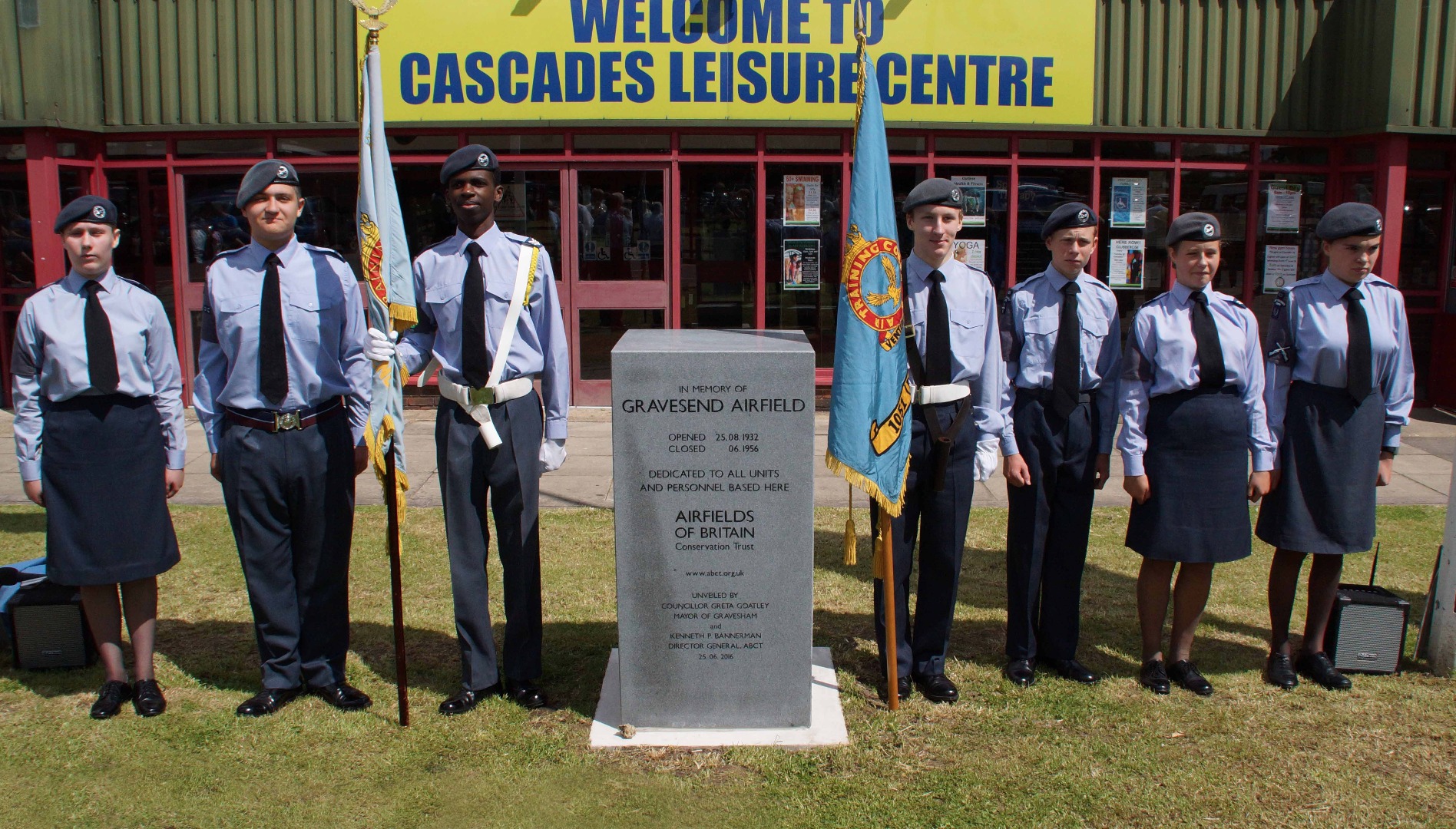 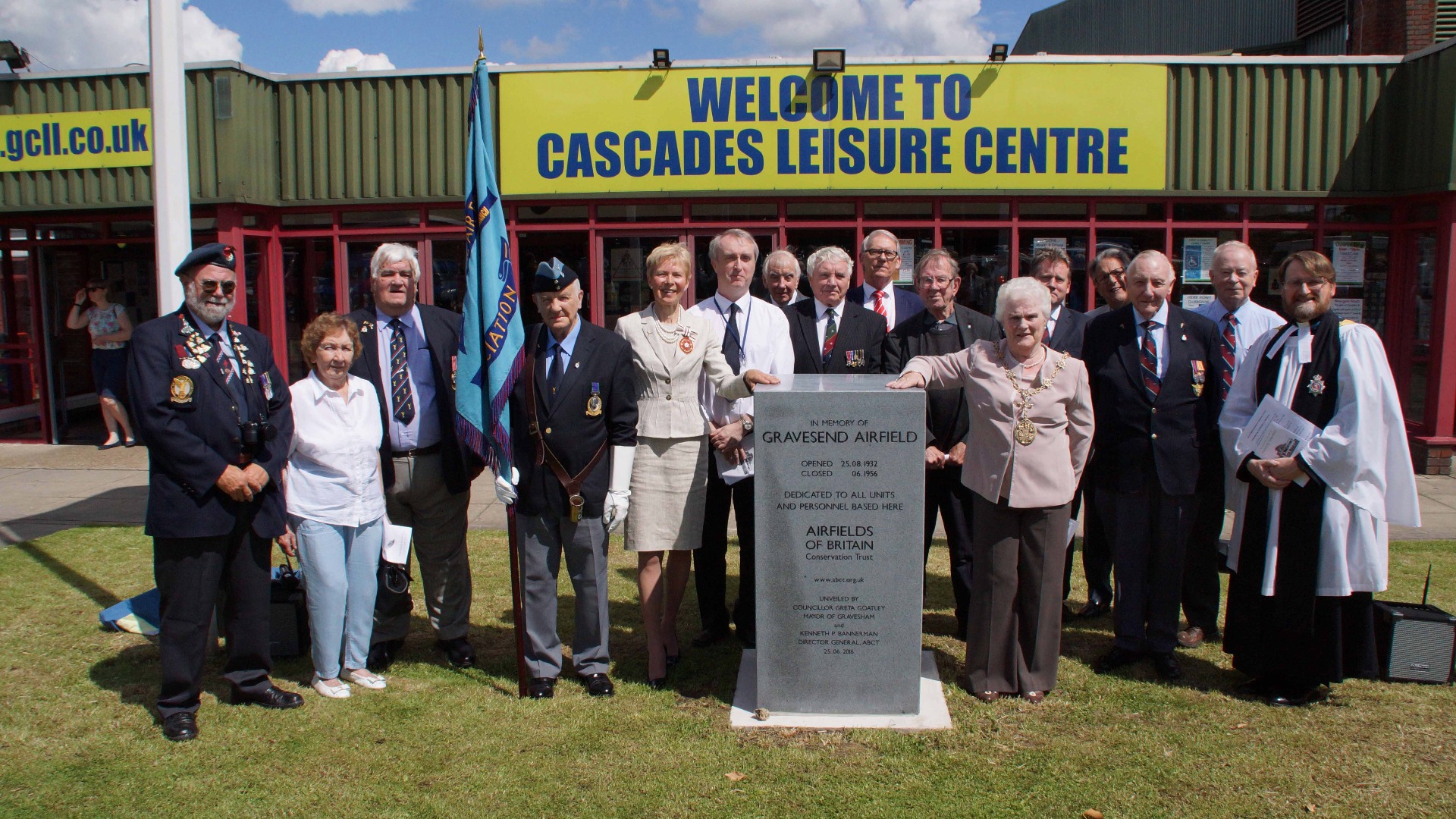 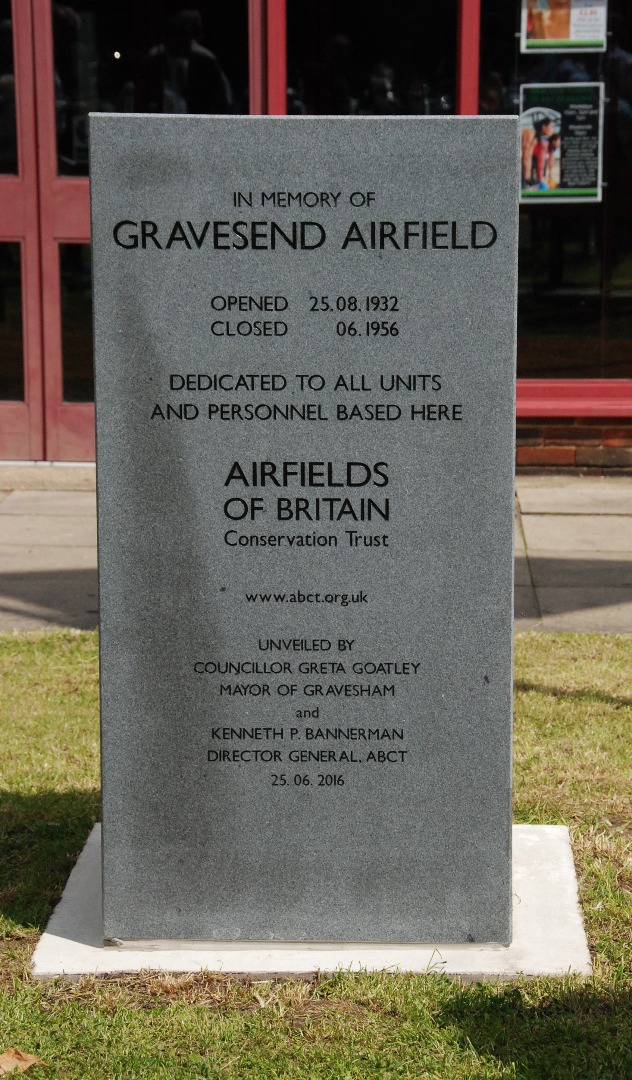 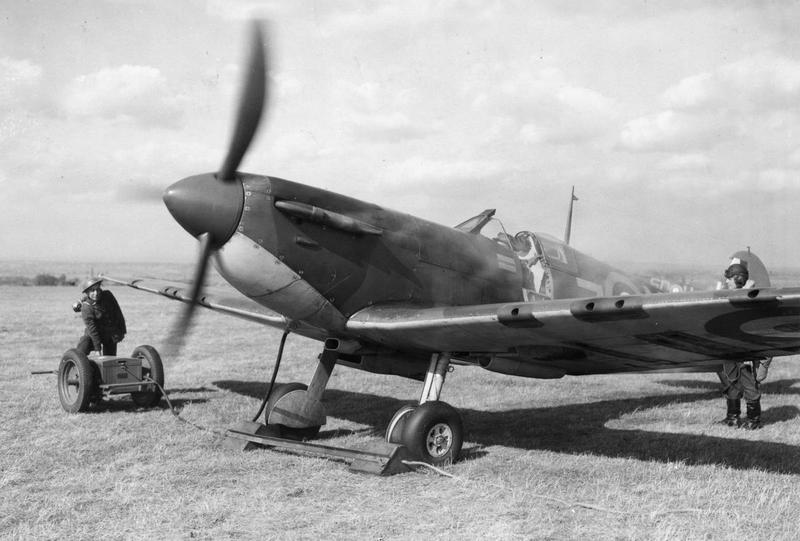 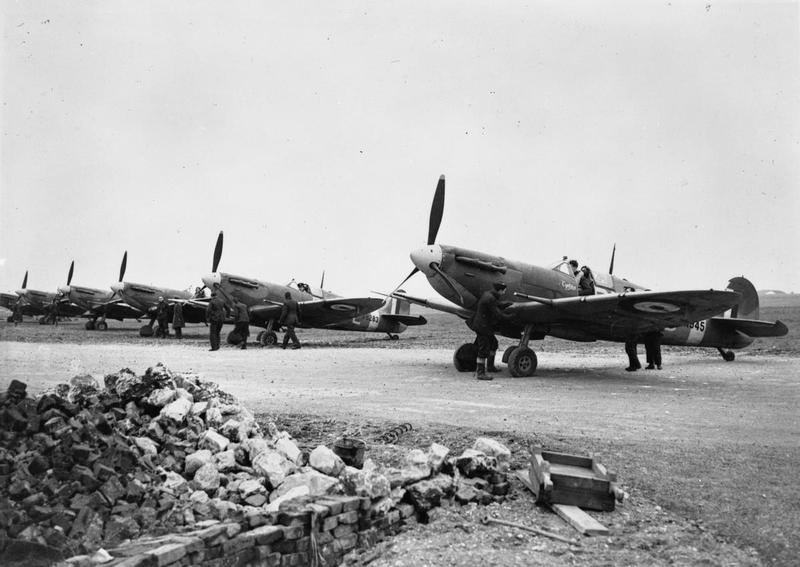 Supermarine Spitfire Mark VBs of No 72 Squadron RAF, lined up and ready to start at Gravesend during the Second World War. © IWM (CH 4914) 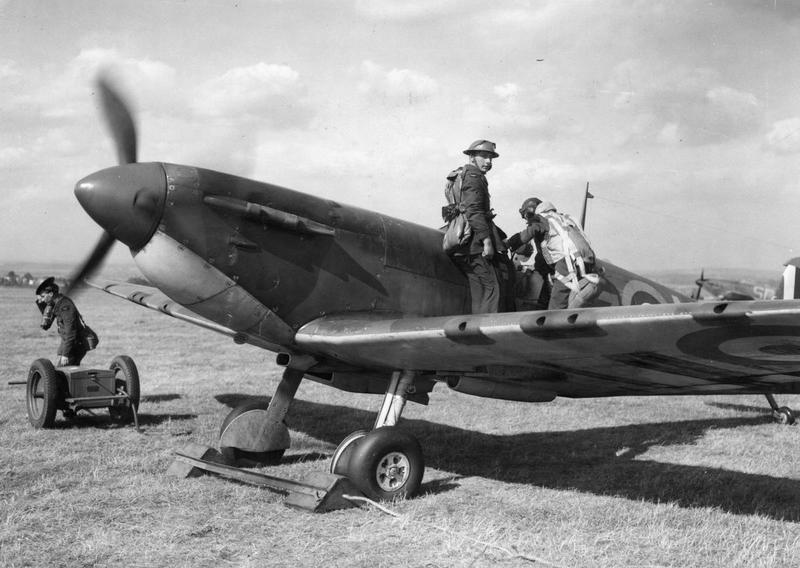 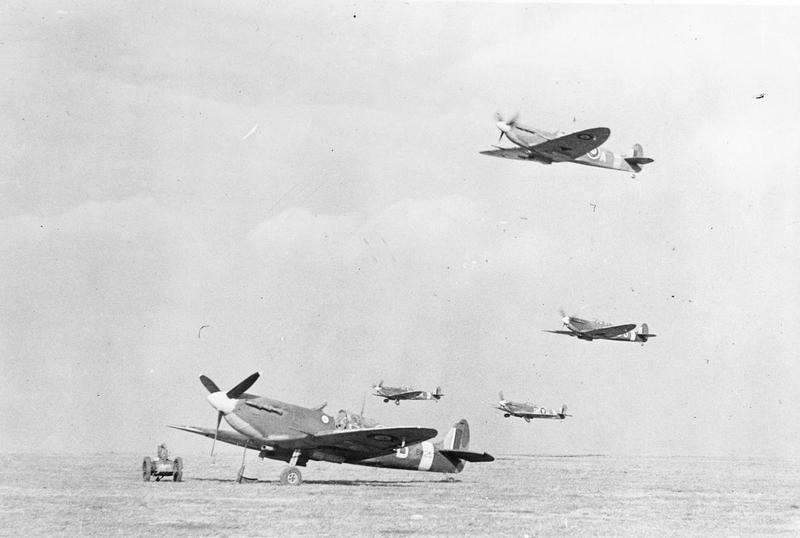 A section of four Supermarine Spitfire Mark VBs of No 165 Squadron, RAF takes off at Gravesend, past another aircraft of the squadron at readiness on the airfield during the Second World War. © IWM (CH 7688) 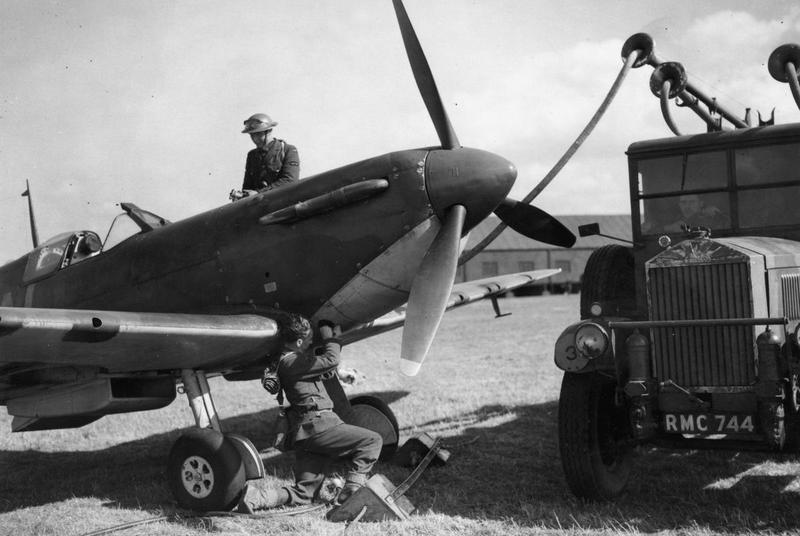 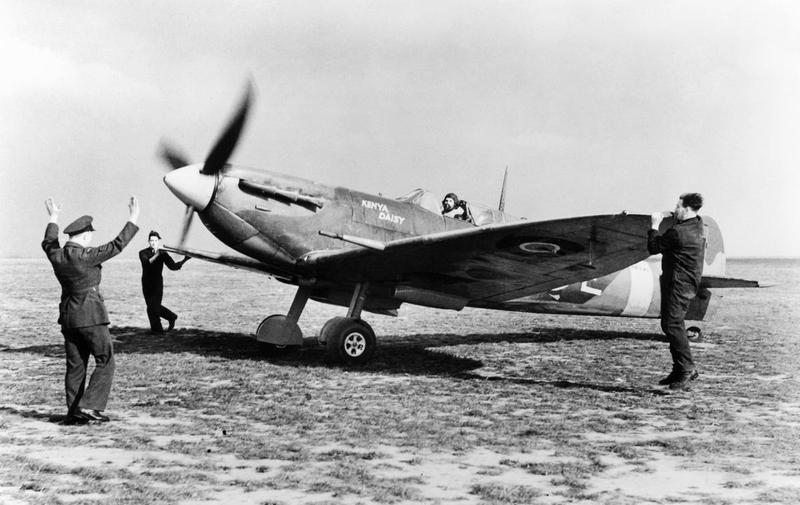 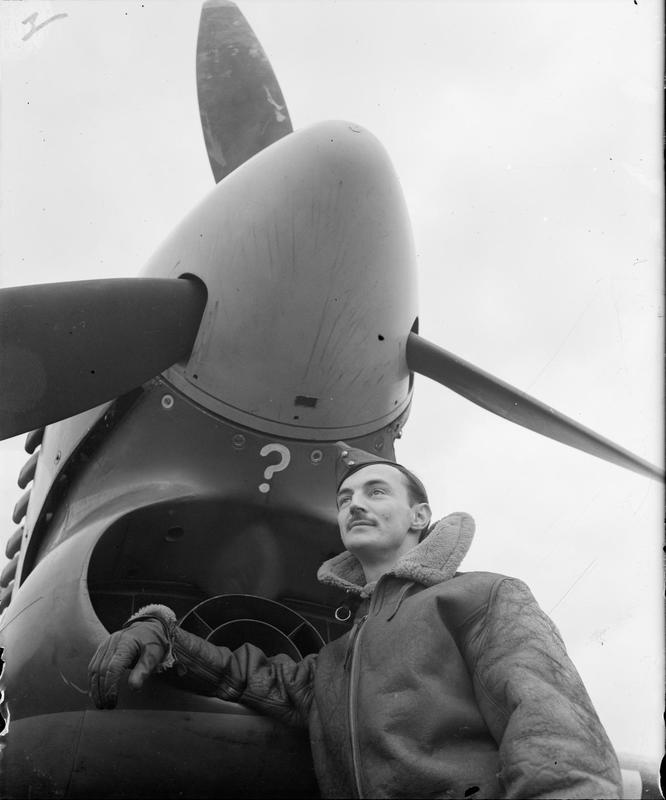 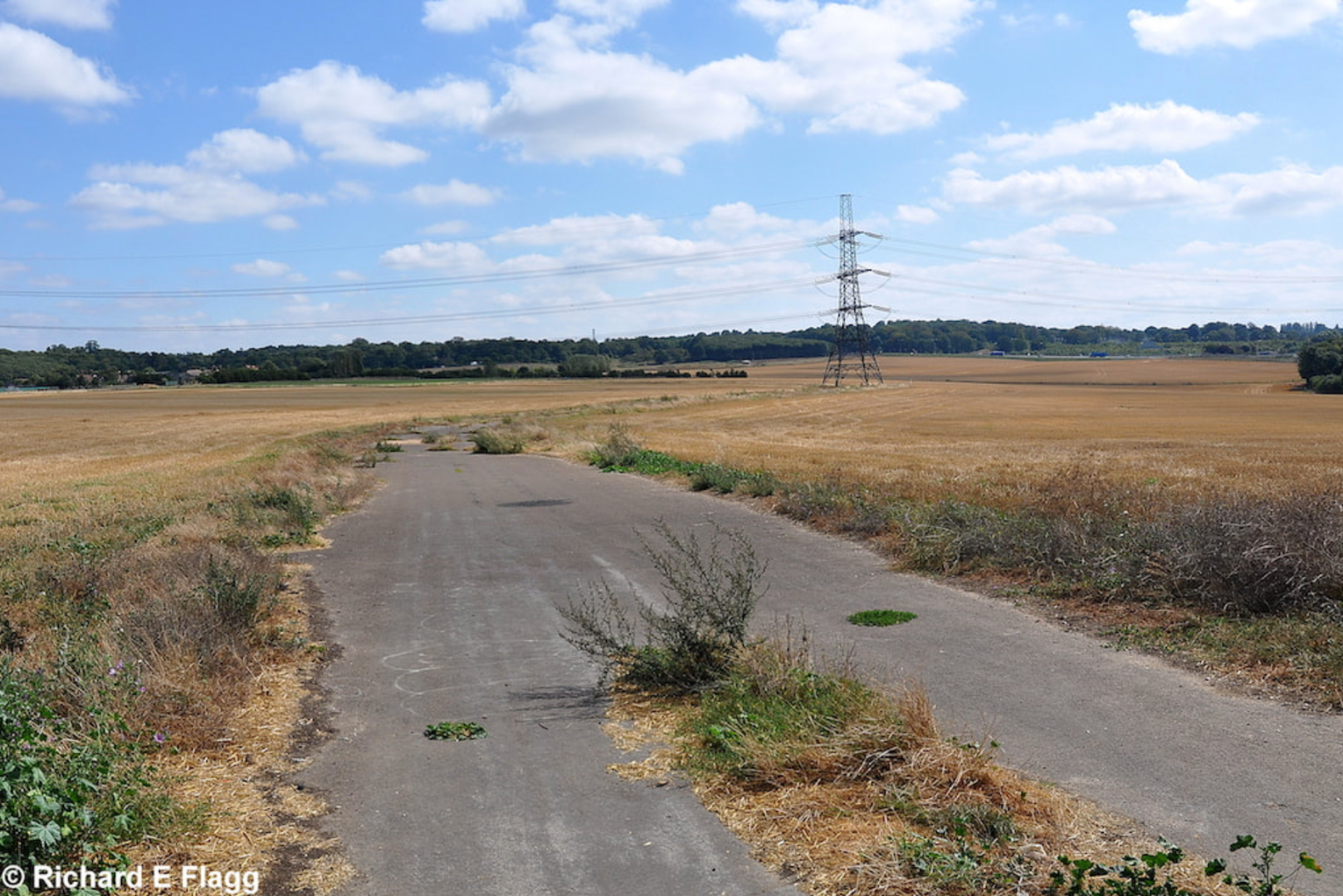 Taxiway at the west of the airfield, looking south east, 27 August 2009. © Richard Flagg 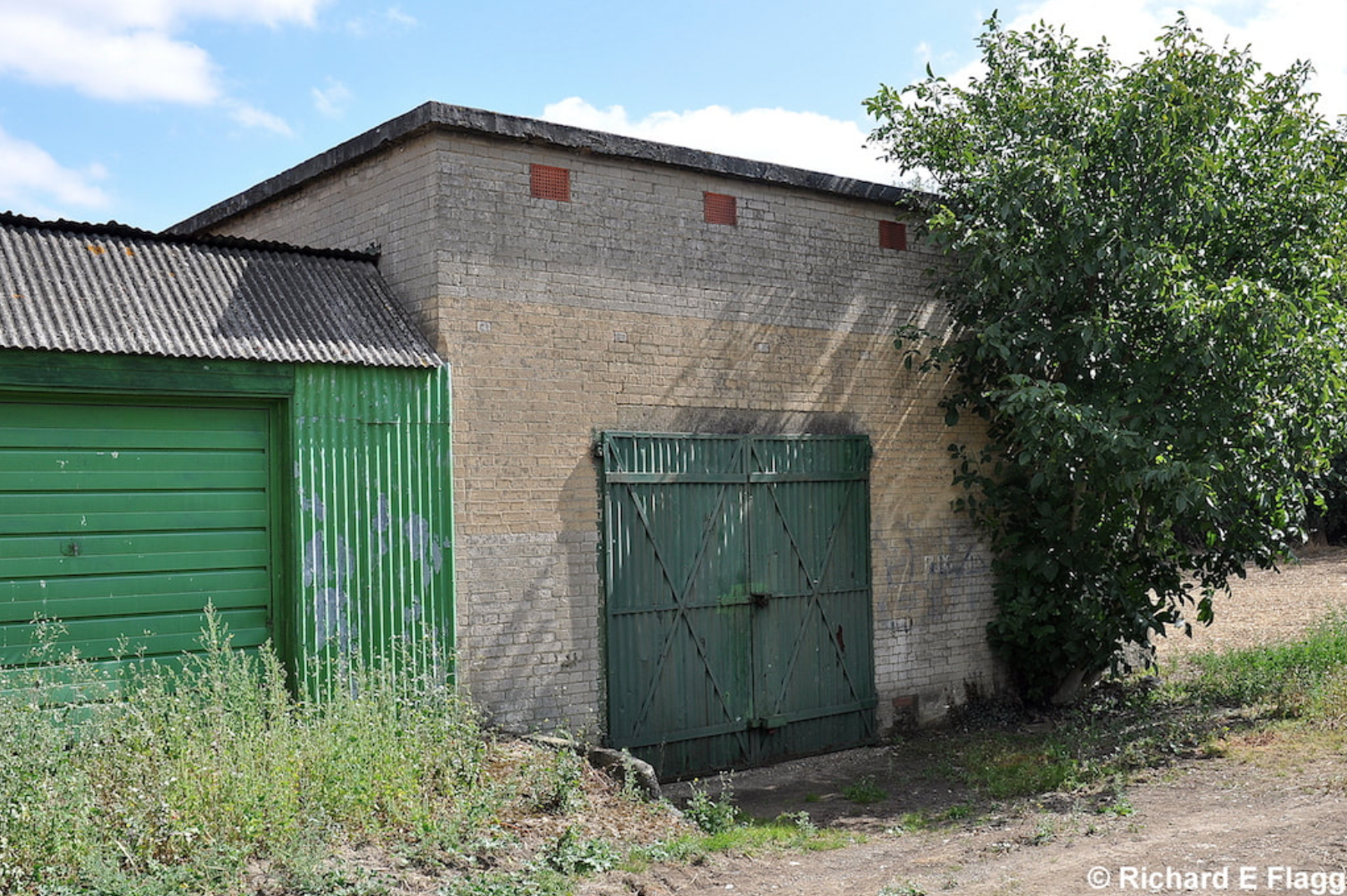 No 66 Squadron Supermarine Spitfires at Gravesend, 1940. Courtesy of Hugh Reilley 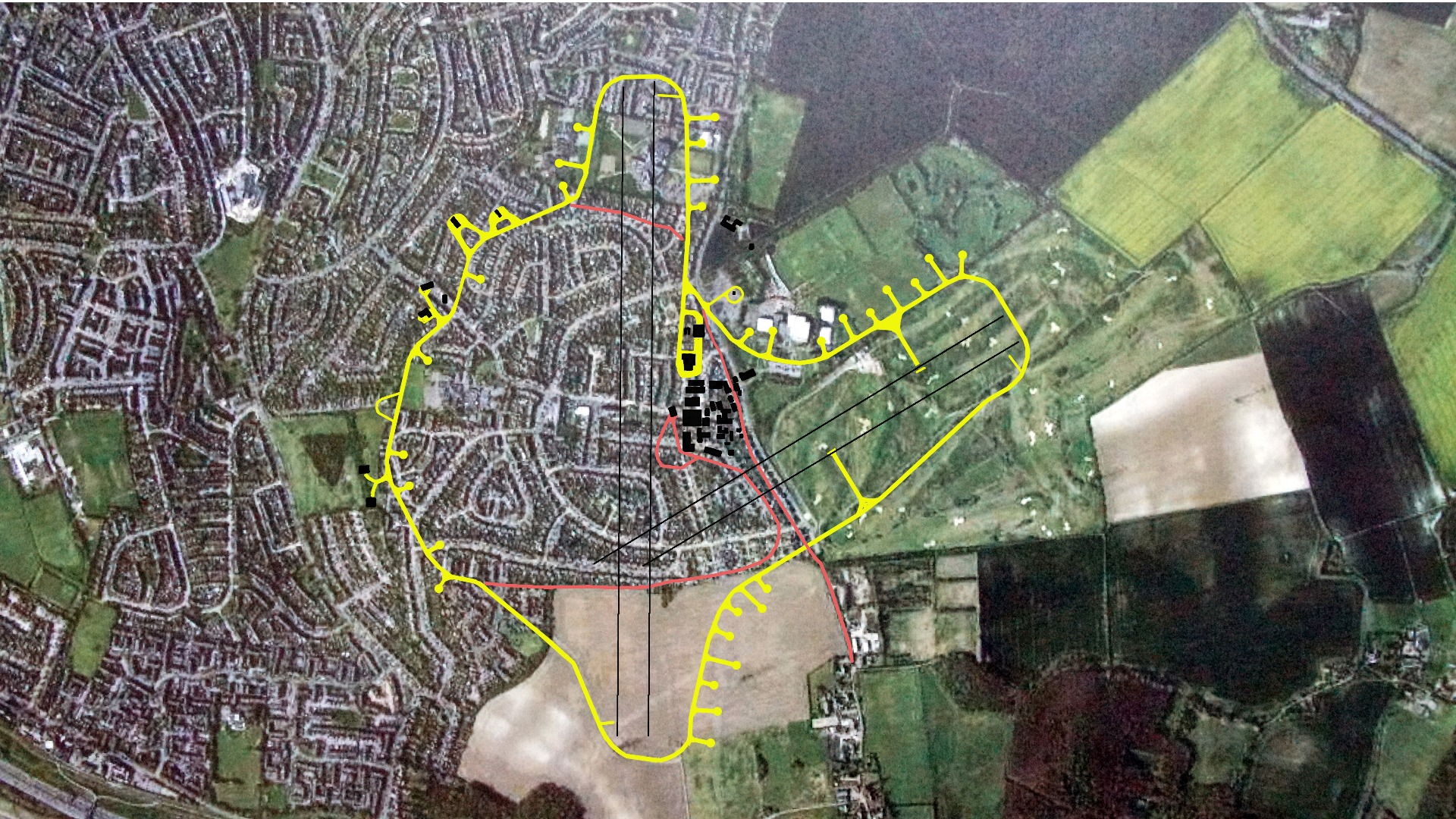