Almost impossible to either comprehend or visualise today but Dundonald played a remarkably big part in D-Day being the tremendous success this momentous event became. First employed as a RLG for de Havilland Tiger Moths of No 12 Elementary Flying Training School at Prestwick from March 1940 until the unit disbanded a year later, it then took until October 1942 for the airfield to really start making a major mark upon general events.

Precursor of that change was No 1441 (Combined Operations Development) Flight which had originally formed at Abbotsinch the previous January. Equipped with a small number of diverse aircraft ranging from Hawker Hurricanes and North American Mustangs to Bristol Blenheims and Westland Lysanders, its role was to assist the other armed services with realistic training for an eventual invasion of Europe. Expanded and renamed as No 516 Squadron in April 1943, Dundonald-based aircraft participated in a remarkable mixture of exercises until after D-Day, including practice attacks with live ammunition, smoke screen laying and aerial close support. These activities frequently had to be flown at low level and often proved extremely dangerous as aircraft flew across many stretches of beaches and sea areas, primarily in and around the Firth of Clyde but often much further afield.

Activity at Dundonald yet more intensified in the final few months preceding D-Day as a number of RAF and particularly FAA Supermarine Seafire squadrons briefly passed through for especially bombardment spotting courses. Inevitably the Allied advance in continental Europe after June 1944 brought much less work for No 516 Squadron and the unit disbanded on 2 December 1944. After some little use as an ELG, Dundonald closed on 1 August 1945. The land was eventually derequisitioned in 1952 and taken up by textiles firm Monsanto in the 1960s.

Today this unsung airfield is home to a major industrial business park and has served as such since the mid-1980s. A few traces can still be seen of its past, notably some rare sections of its original two metal runways. A Mains naval hangar which is readily visible from the main road running between Kilmarnock and Troon is not original as Dundonald was only ever equipped with a couple of Blisters for hangarage.

Photographs from the unveiling of the ABCT memorial marker on 16 October 2010: 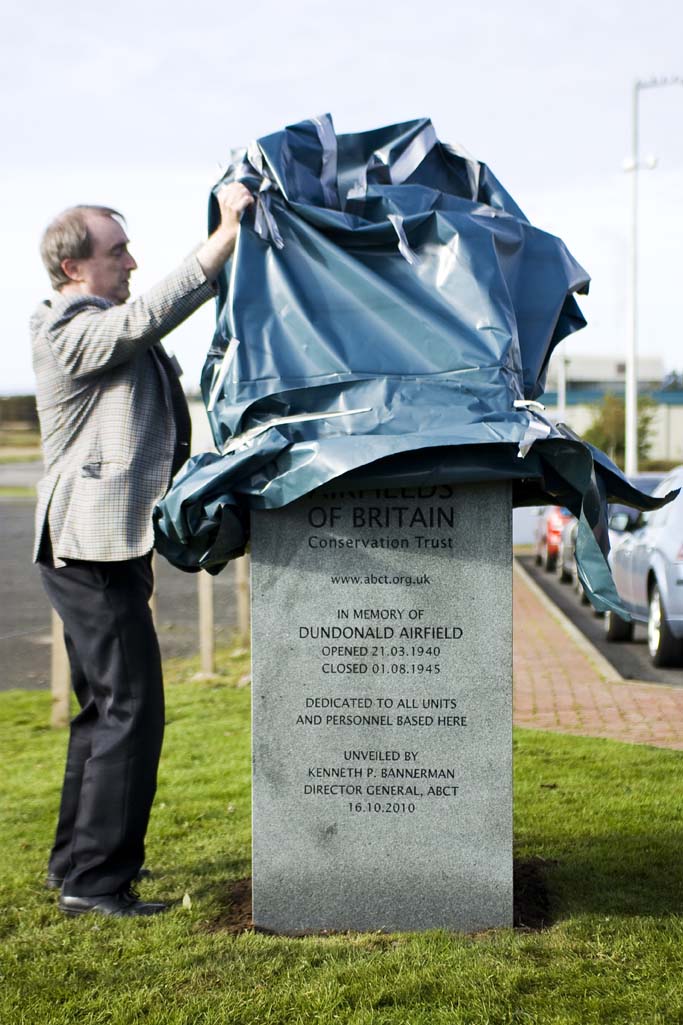 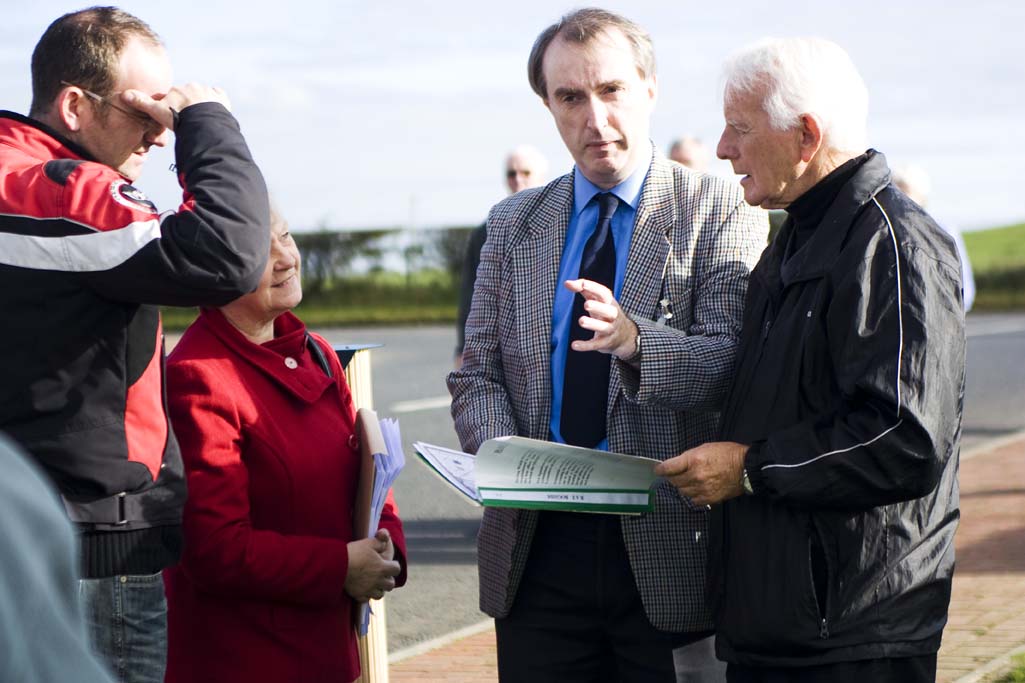 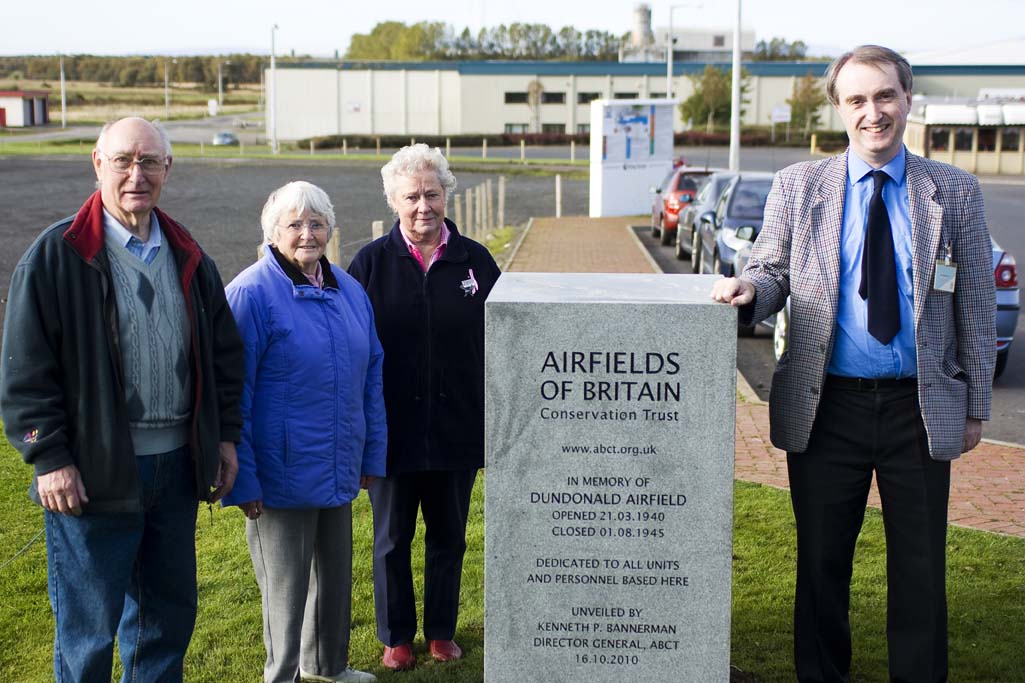 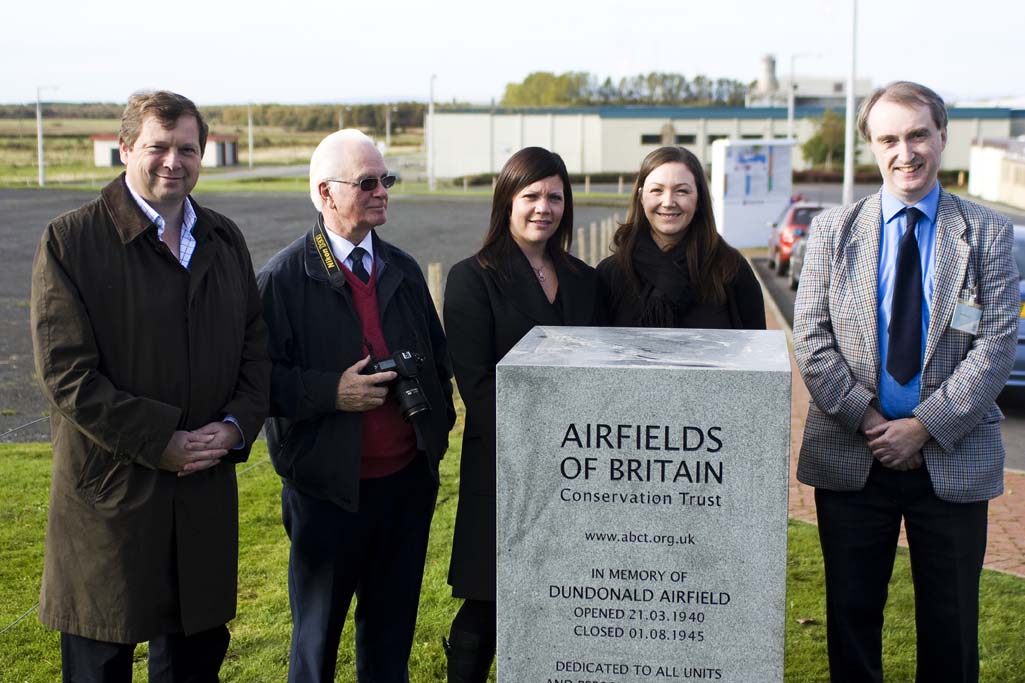 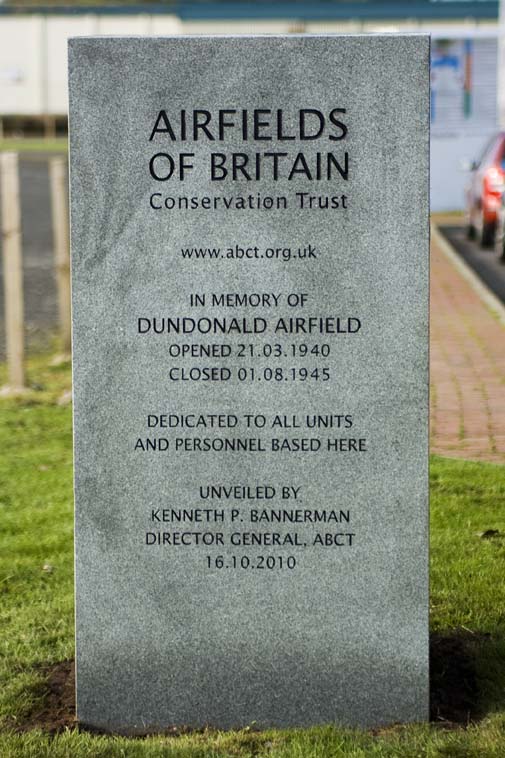 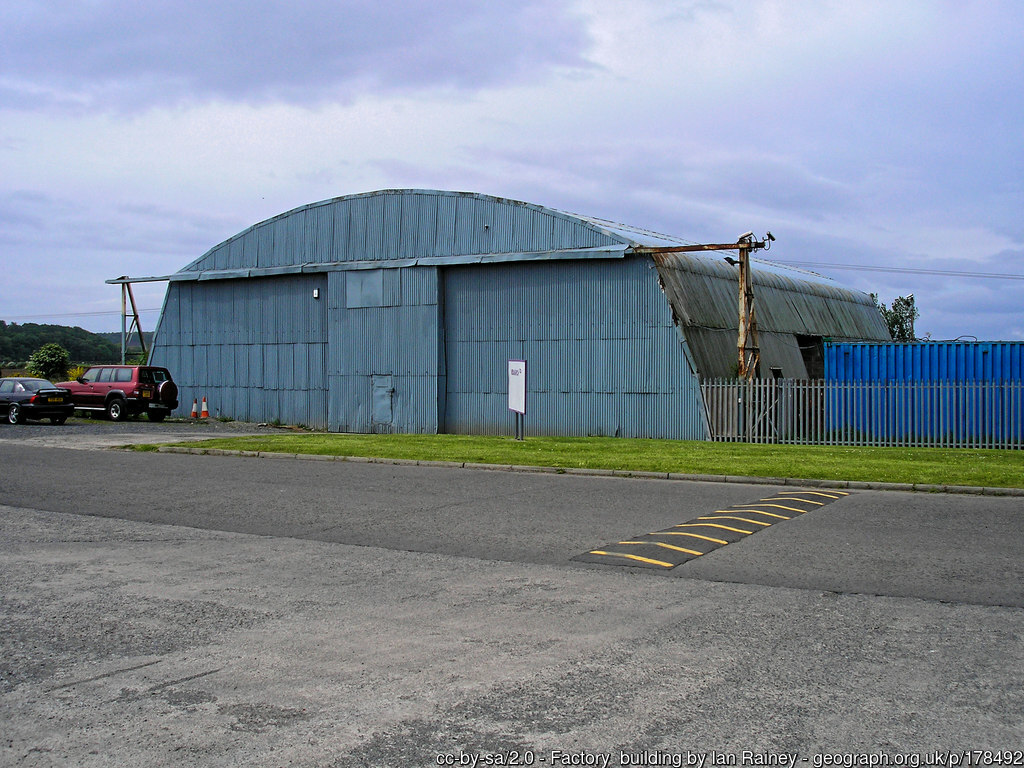