As at Banff after World War Two, white circles were painted on the ground at Dallachy to allow simulated bombing practice by Lossiemouth-based Fleet Air Arm units.

Dallachy, named after the two nearby villages of Upper Dallachy and Nether Dallachy, had a relatively short active life during the Second World War. It was first used from May 1943 as a Relief Landing Ground for the Airspeed Oxfords of No 14 (Pilots) Advanced Flying Unit at Banff. This unit was active at the site until September 1944, with more Oxfords of No 1542 Beam Approach Training Flight also based there during this period.

The airfield passed to RAF Coastal Command on 1 September 1944 and became home to a Strike Wing using Bristol Beaufighters. This included one squadron each from the RAAF, RCAF and RNZAF in addition to the RAF. These units carried out extremely intensive and often dangerous anti-shipping operations from Dallachy with the last sortie being completed in May 1945. All these squadrons soon departed and the Army took control of this site in November 1945 for Territorial Army training. The Royal Navy also used Dallachy until well into the 1950s for simulated bombing practice.

Dallachy was equipped with two T2 and three Blister hangars, although most of the buildings, including the hangars, have now been demolished. The control tower, now standing derelict, is one of the few structures remaining. The majority of the runways and perimeter track also remain relatively intact, with part of the latter now a public highway known as Beaufighter Road, although the site is now primarily used for farmland. Flying returned during 1976 in the form of winch-launched civil gliders belonging to the Highland Gliding Club until they fully relocated to Easterton in 2000. 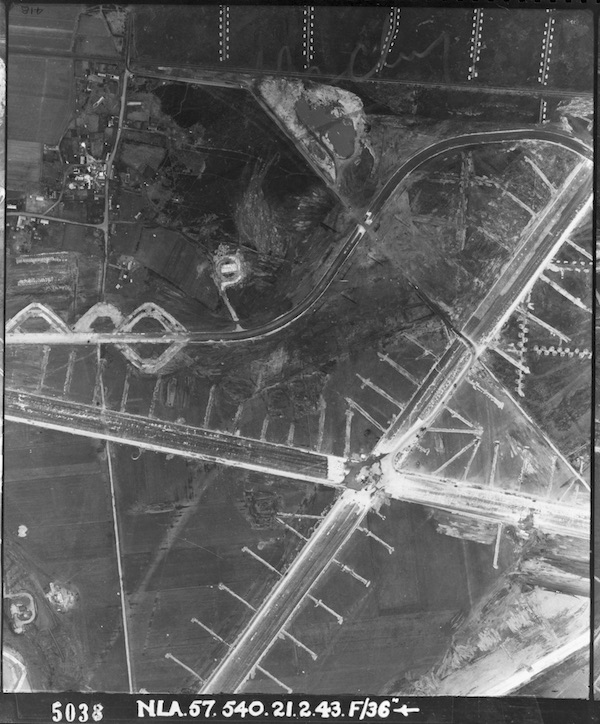 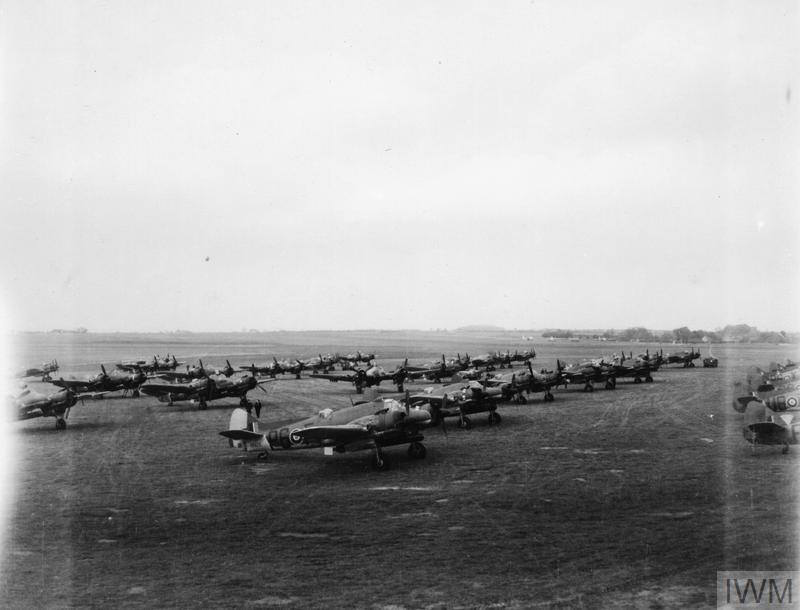 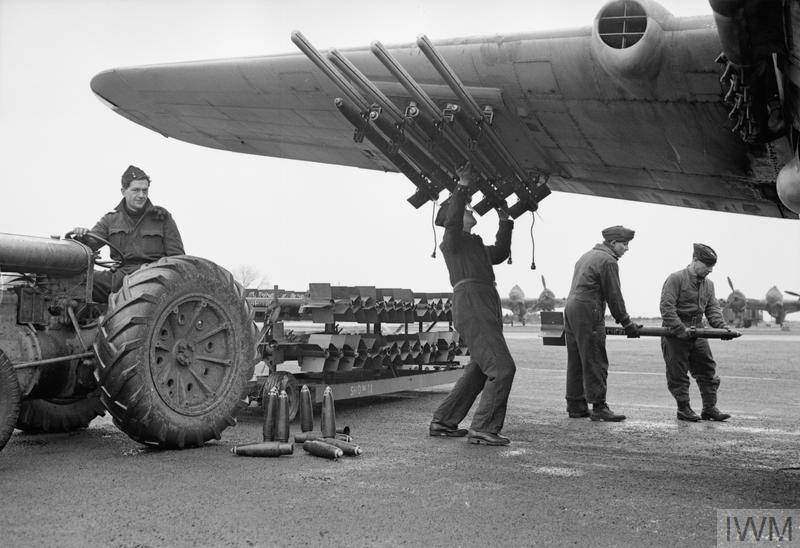 Armourers working on a Bristol Beaufighter at Dallachy during the Second World War. © IWM (CH 17876) 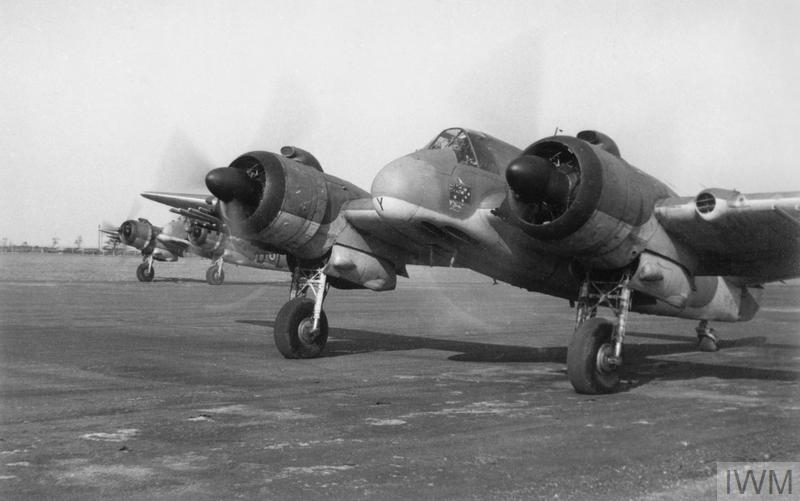 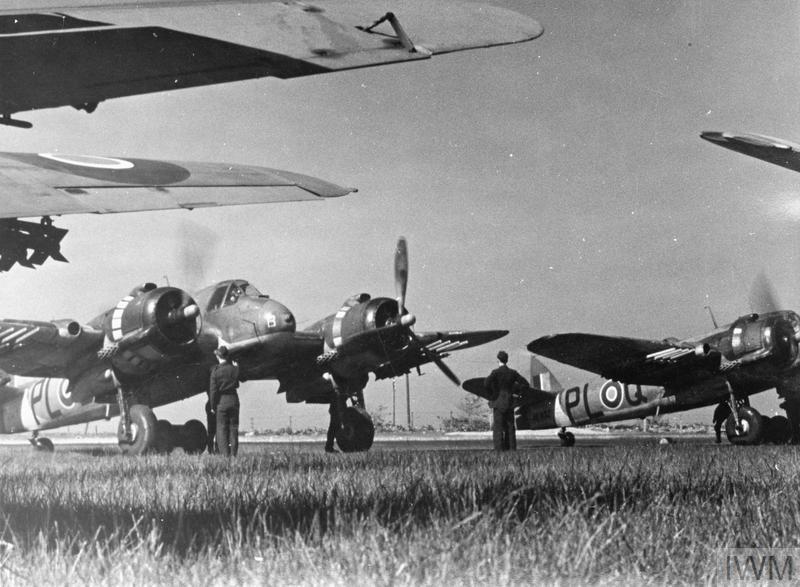 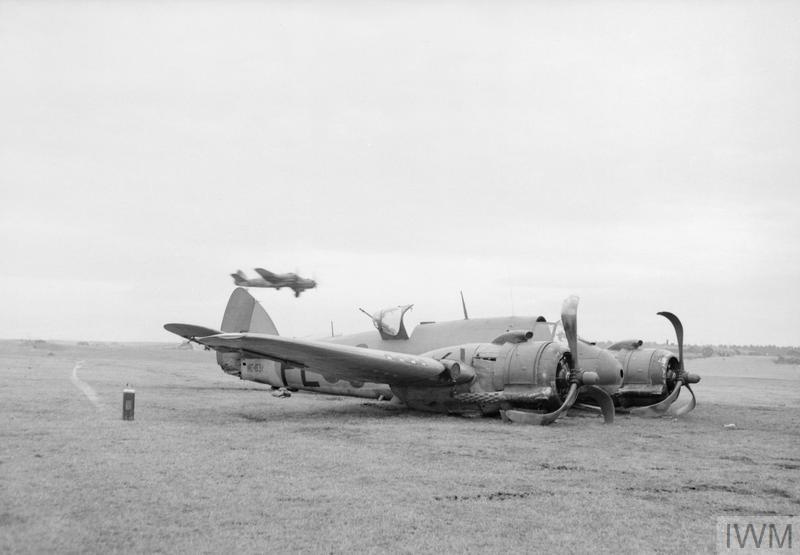 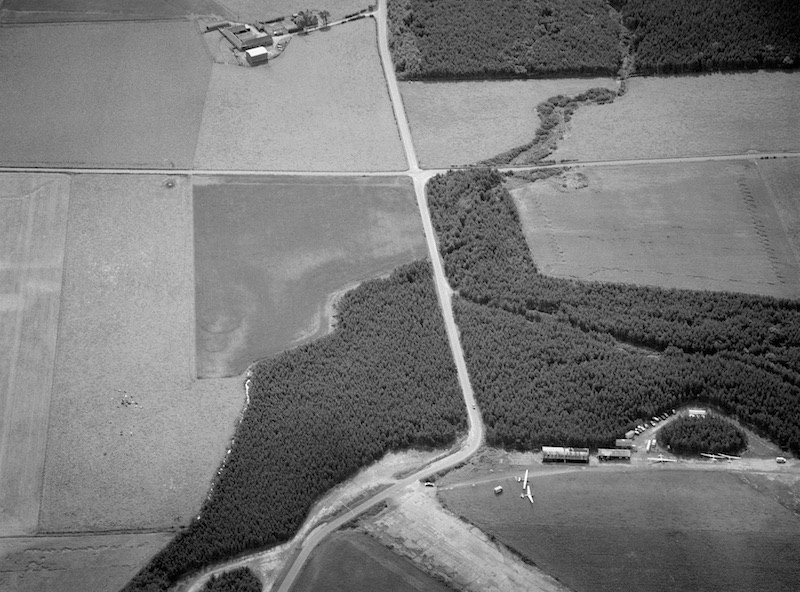 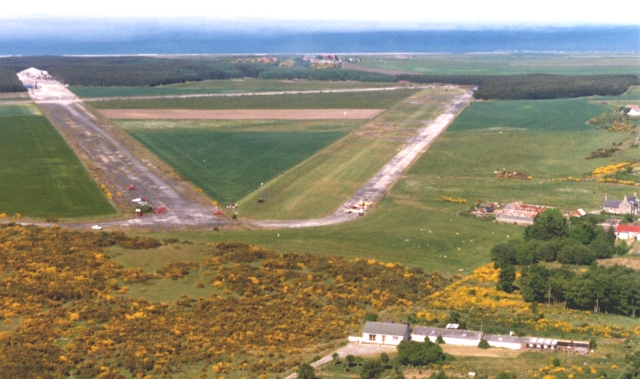 Aerial photograph of Dallachy, June 1987. © Anne Burgess and licensed for reuse under this Creative Commons Licence 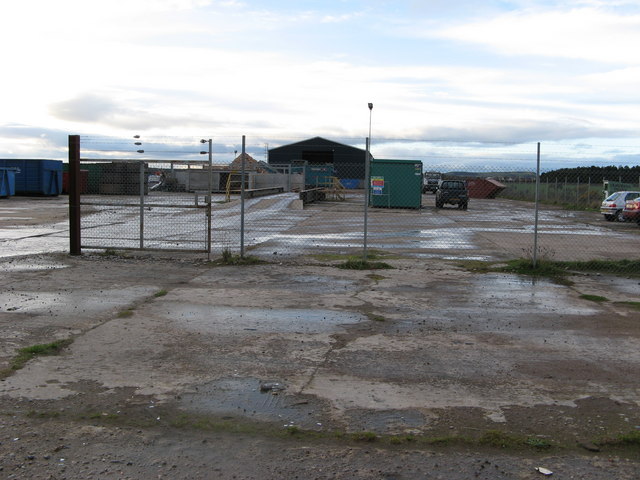 A waste recycling centre on one of the runways at Dallachy, 16 November 2006. © Christopher Gillan and licensed for reuse under this Creative Commons Licence 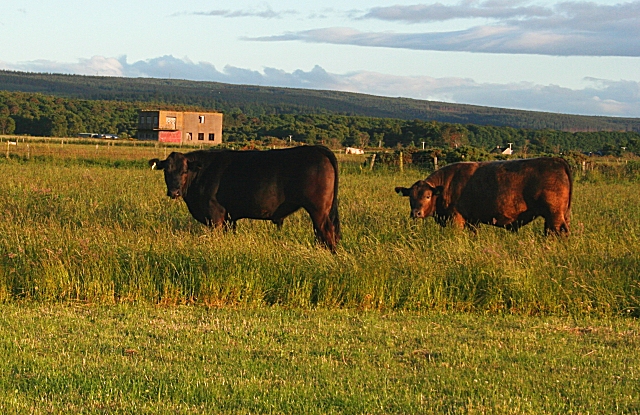 The control tower at Dallachy, 25 June 2008. © Anne Burgess and licensed for reuse under this Creative Commons Licence 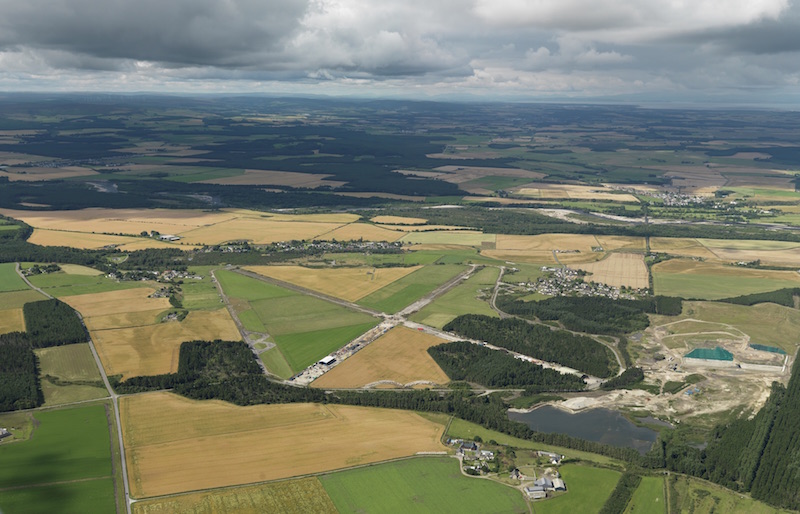 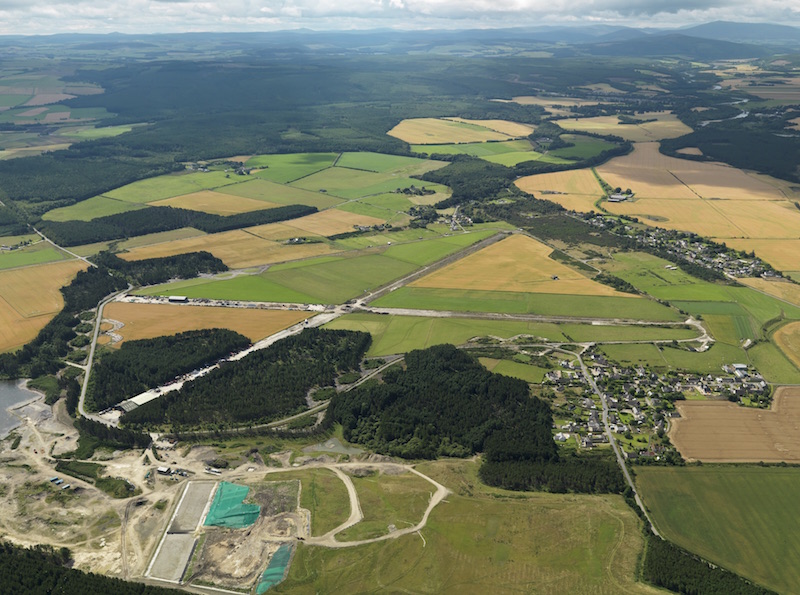 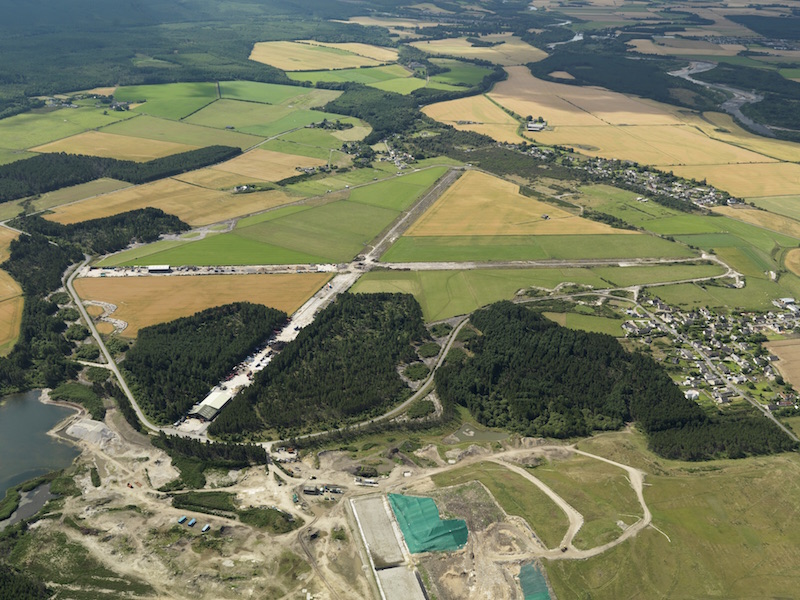 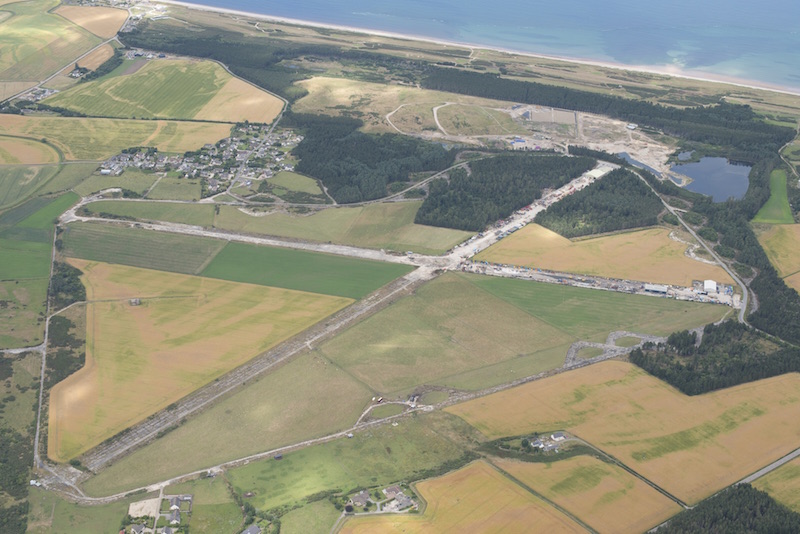 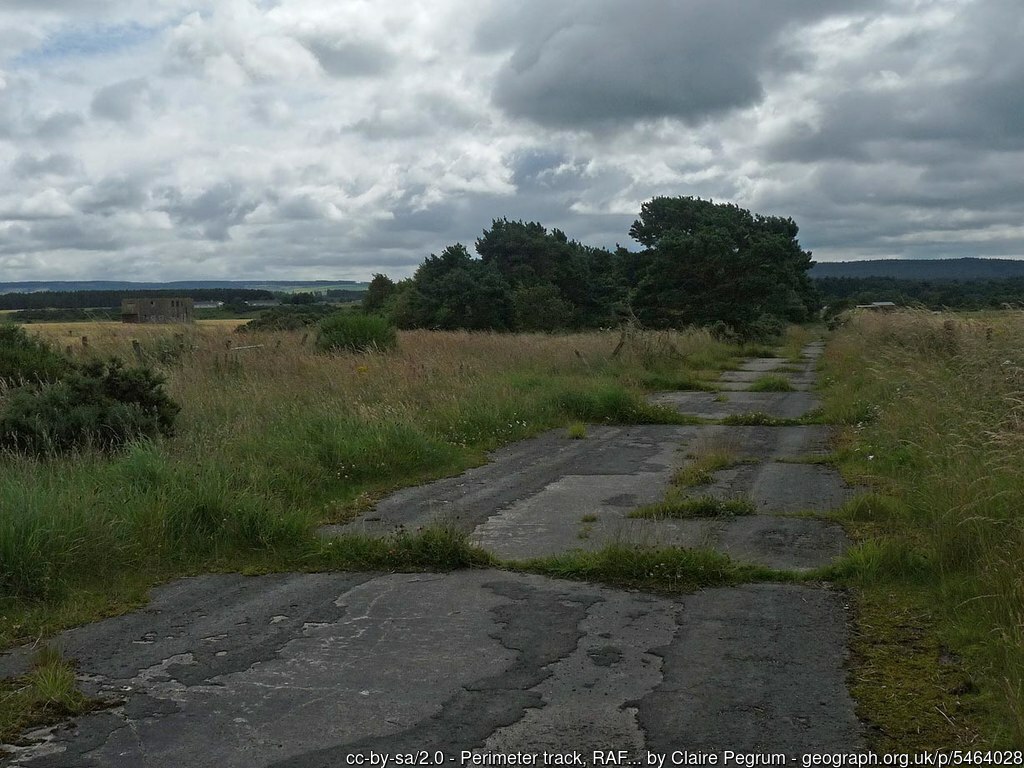 Remains of the perimeter track at Dallachy, 31 July 2016.