One former flying resident claimed the runways at Milfield’s satellite were thicker than those at Heathrow.

Throughout its World War Two career Brunton faithfully and effectively served as a satellite airfield for Milfield. The first resident unit was No 59 Operational Training Unit, whose Hawker Hurricane and latterly Typhoon company stable mate types instructed fighter-bomber pilots from August 1942 until the OTU disbanded on 26 January 1944. Its more specialised successor the Fighter Leaders School continued to use Brunton, mainly now employing Supermarine Spitfires, prior to being absorbed by the Central Fighter Establishment at Wittering the following October.

The final military flying element at Brunton was No 56 OTU once this unit had reformed at Milfield on 15 December 1944. Aircraft to be seen now comprised of a mixture of Hawker Tempests and Typhoons but the OTU left Brunton as early as 21 May 1945, despite remaining at Milfield until disbanding there in February 1946. The satellite was reduced to inactive status and then closed and transferred on 22 November 1945 to the War Office.

Perhaps due to its isolation, as a disused airfield Brunton survived in overall better than usual condition for many years afterwards, being good enough to accommodate civil parachuting organisations from the mid-1970s on a limited use basis. There also occurred some Popular Flying Association light aircraft activity but complicated feudal land ownership issues eventually forced the parachutists from their home in 2003 and stop all further flying. Farming practices have since completely taken over the three runways and associated land, while a radar dome was established on the south-east side of the airfield. 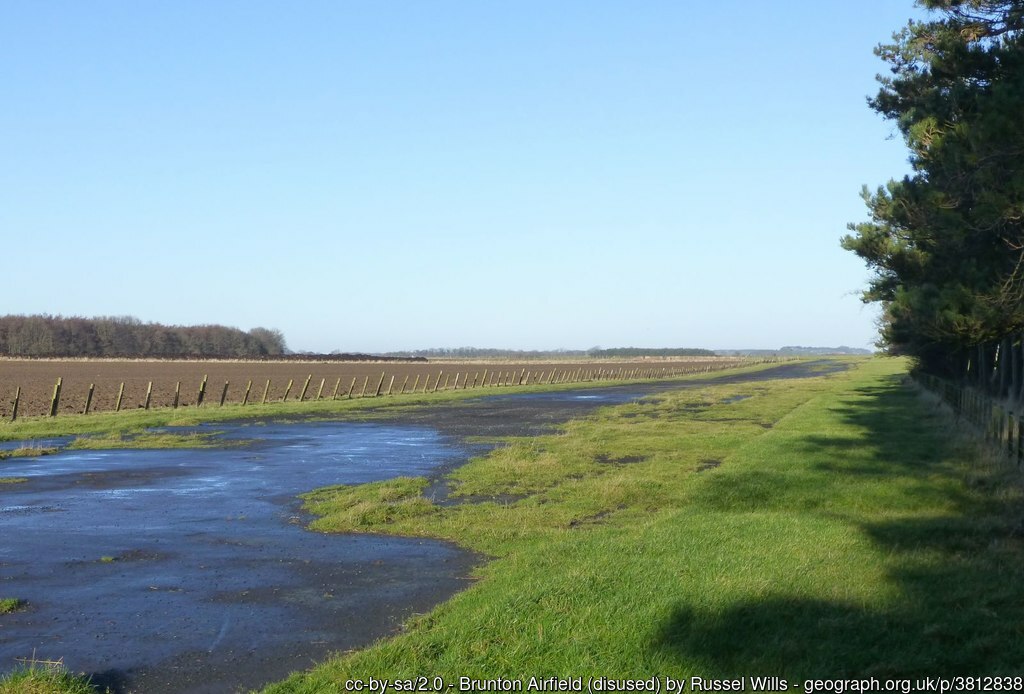 Rallying at Brunton, July 2021. Courtesy of Garage Of Dad