Hidden away in the countryside, not far to the east of Aspatria, lies Brayton, alternatively known as Brayton Park. It became one of the last two all-new Satellite Landing Grounds for dispersed aircraft storage to open in Britain during World War Two.

This airfield should have opened during 1941 but various planning problems ensured that it was not until 29 May 1942 that No 39 SLG became active. Nevertheless after such a delayed start, considerable numbers of aircraft flew in for storage under the control of No 12 Maintenance Unit at Kirkbride. Brayton in time saw many Supermarine Spitfires pass through but tended to deal with larger aircraft types: it is perhaps difficult to imagine today but four-engined Handley Page Halifaxes and Boeing Fortresses proved not uncommon sights. Less familiar residents in RAF service included two other American aircraft designs along with the Fortress, the tricycle undercarriage North American Mitchell medium bomber and single-engined Vultee Vengeance, designed as a dive bomber but destined to mainly see military service as a target tug.

However it was one of Britain’s best-loved aircraft which became Brayton’s most numerous resident. Examples of the Vickers Wellington had flown into Brayton right from the beginning of the airfield’s life, numbers in time reaching well into three figures. Many ‘Wimpeys’ were still at Brayton by the end of World War Two in Europe but peacetime then saw these aircraft fairly quickly depart to Kirkbride, leaving their former SLG home to officially close on 31 January 1946.

Brayton survives in a somewhat surprisingly intact state today. The combined bungalow-style watch office/guardroom has unfortunately badly deteriorated in more recent decades, losing its distinctive twin roofs, but other nearby support buildings survive in better condition, as does a Robin hangar across the generations-owned grass fields as a sawmill. As ever there are various odd tracks leading here and there but the average eye would never realise that this used to be an airfield which played a most important – if unpublicised – part in winning World War Two.

Photographs from the unveiling of the ABCT memorial marker on 27 November 2011: 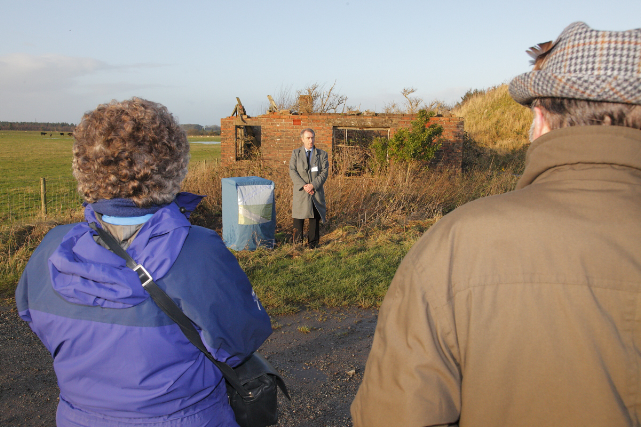 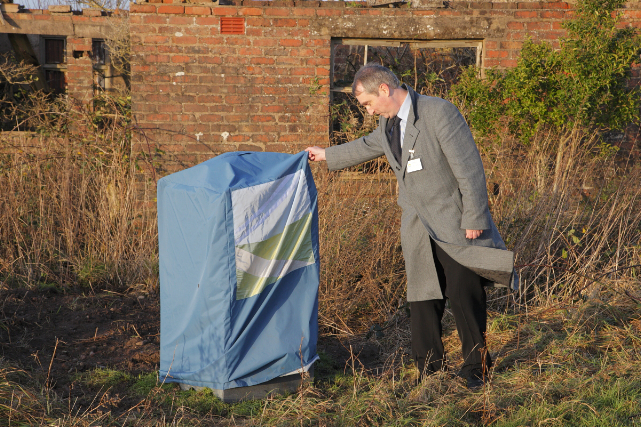 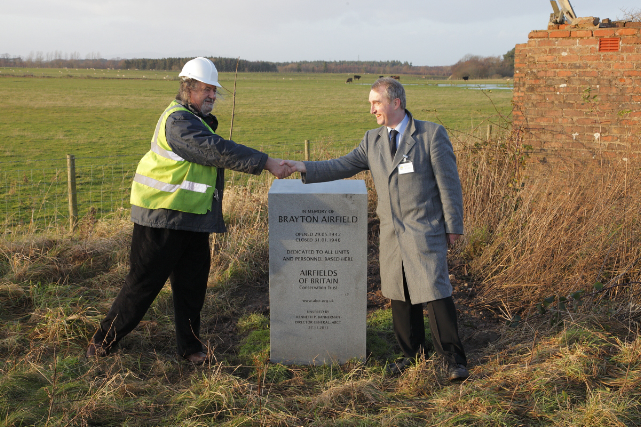 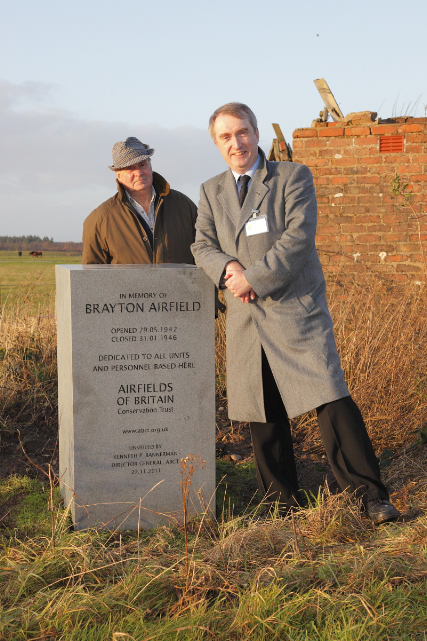 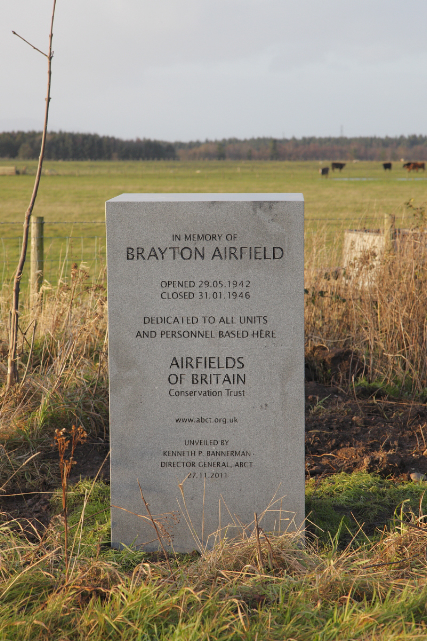