Brading had an unusual and rather badly documented career. First used as a supportive landing ground for Home Defence fighters and aircraft of the School of Aerial Co-operation with Coastal Artillery based at Gosport, anti-submarine patrol Airco DH6s of two Flights belonging to No 253 Squadron were later briefly present during the summer of 1918. Why these aircraft transferred to Foreland is not wholly clear but could simply be down to the fact that this other airfield was much nearer the coast, and perhaps a better all-round location. The authorities certainly had closed Brading by the time of the Armistice in November 1918.

Such is the confusion surrounding the history of Brading that not only is it often indeed thought to be Foreland but the location is sometimes considered to lie elsewhere. Deep historical research into quoted distances and acreage sizes has more recently confirmed how it existed some distance to the north of the town.

The following organisations are either based at, use and/or have at least potentially significant connections with the airfield (as at 30/11/2017):

Photograph of the plaque at Brading, opposite St. Mary's Church, in the Parsonage Garden, 2019. Courtesy of Linda Allen, Brading Town Council 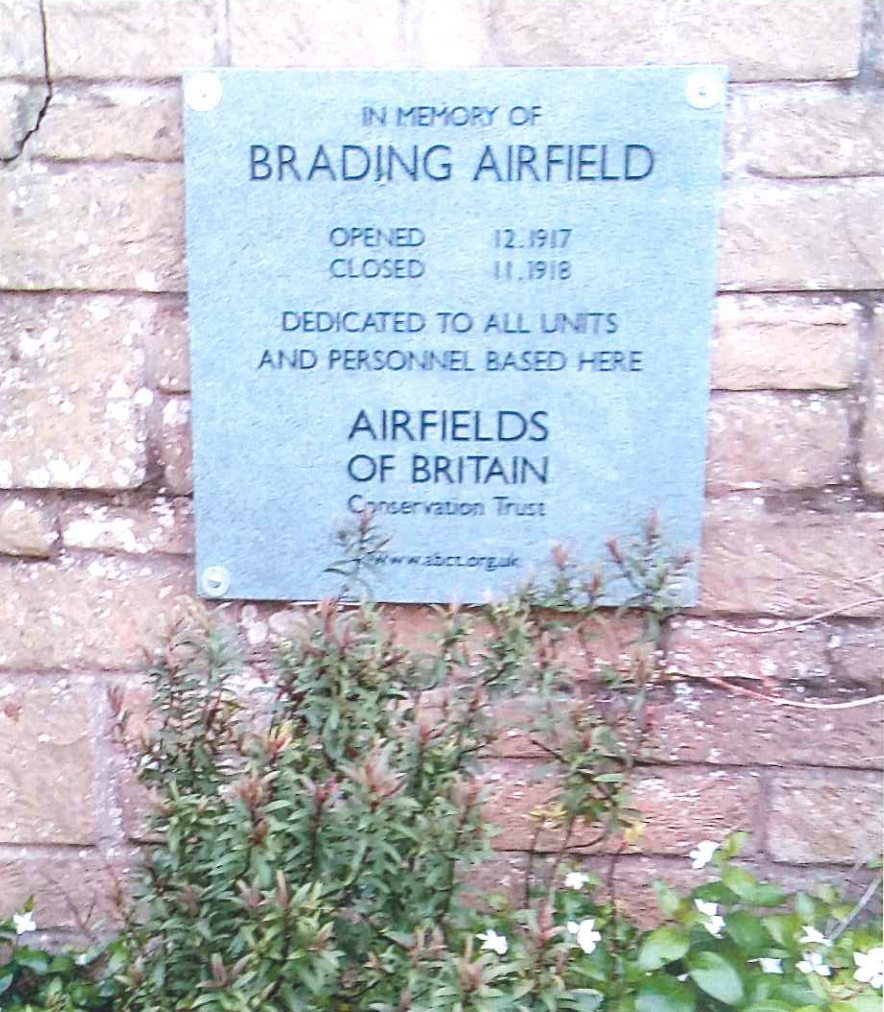