In 1989 RAF Binbrook alongside RAF Little Rissington served as the USAAF airfield for filming the 1990 movie Memphis Belle.

Forming part of the distinctively isolated Lincolnshire Wolds, famous RAF bomber, and later fighter, base Binbrook opened in June 1940 and in time saw three of the most familiar aircraft types in RAF service. Slow construction work meant it remained an incomplete late Expansion Period grass airfield when the station initially welcomed Nos 12 and 142 Squadrons which had returned from their ill-fated French sojourn with Fairey Battle single-engined bombers. Vickers Wellingtons replaced these outmoded aircraft in the autumn, No 12 Squadron relocating to Wickenby in September 1942 for Binbrook to receive hard runways.

Once back in action from May 1943, Binbrook accommodated Avro Lancasters of the Australian-manned No 460 Squadron which remained heavily in action until the end of World War Two (they are still much remembered today for their exploits and presence with a unit memorial in Binbrook village). This squadron quickly left in peacetime, more Bomber Command squadrons equipped with Avro Lincolns arriving until the early 1950s.

Aircraft development was as ever ongoing and both of the English Electric company’s most famous products (the Canberra and Lightning) established extremely strong links with Binbrook as the airfield itself turned into a key player in the Cold War. The 1950s first saw the Canberra jet bomber establish roots in the RAF here, long resident units, as was by now standard RAF policy, including Nos 9 and 101 Squadrons gradually converting from Lancasters and then Lincolns to this new superb aircraft. A decade later, and after a period of closure during 1960-62 for reconstruction, Binbrook switched to Fighter Command for the introduction of the equally popular Lightning supersonic fighter which perhaps above all was most associated with the airfield. Many a time, between 1965 and the type’s retirement in 1988, intruding Russian aircraft over the North Sea would encounter these rugged aircraft operated by Nos 5 and 11 Squadrons.

Binbrook’s fortunes dramatically declined once the Lightnings left. The airfield continued as a Relief Landing Ground for Scampton, while a military gliding school also helped to maintain activity, but official closure finally occurred in the summer of 1992.  The next few years saw many of the facilities and especially the landing area suffering the most brutal and unwarranted destruction, leaving this most distinguished place looking much sadder. Thankfully the main C1 hangars still survive, as do many technical site buildings – albeit often in a rundown condition – as part of an industrial estate, though the main beacon of hope for the future is the new village of Brookenby which was the former service married quarters area and arose as the airfield finally closed. Buildings which one resounded to RAF personnel now accommodate elements such as the local church and community centre and fortunately illustrate how Britain’s airfields will never fade away.

Photographs from the unveiling of the ABCT memorial marker on 2 August 2014: 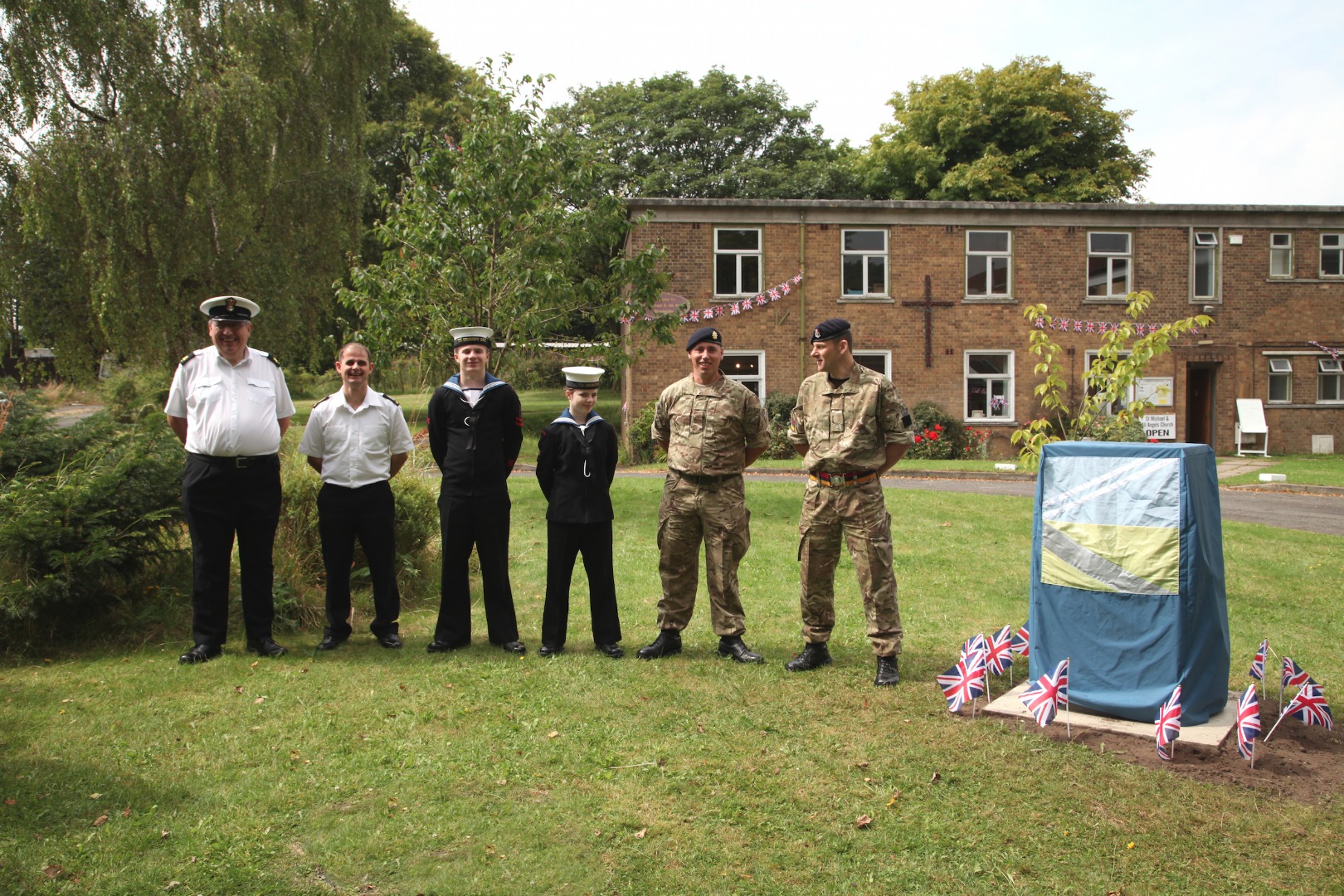 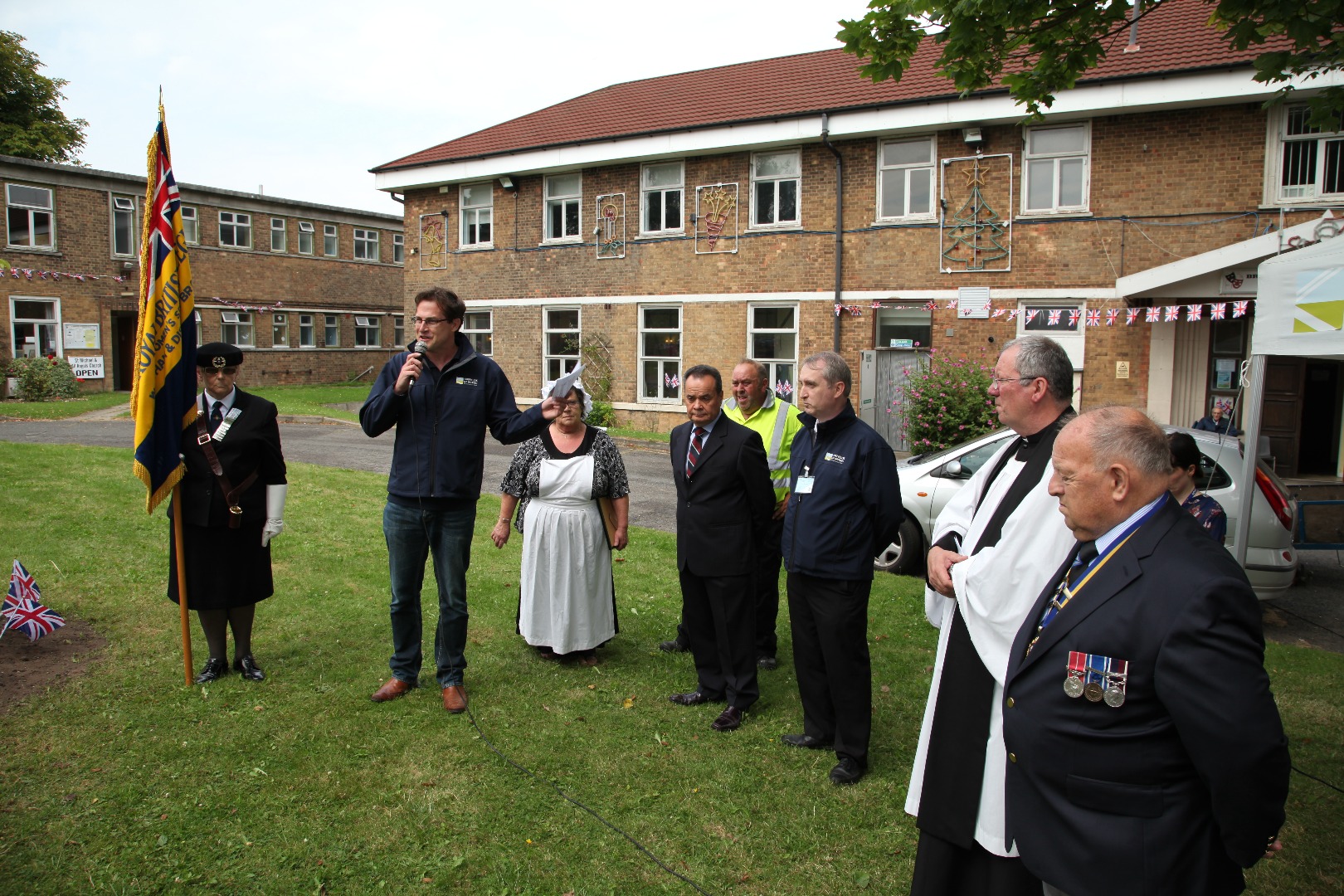 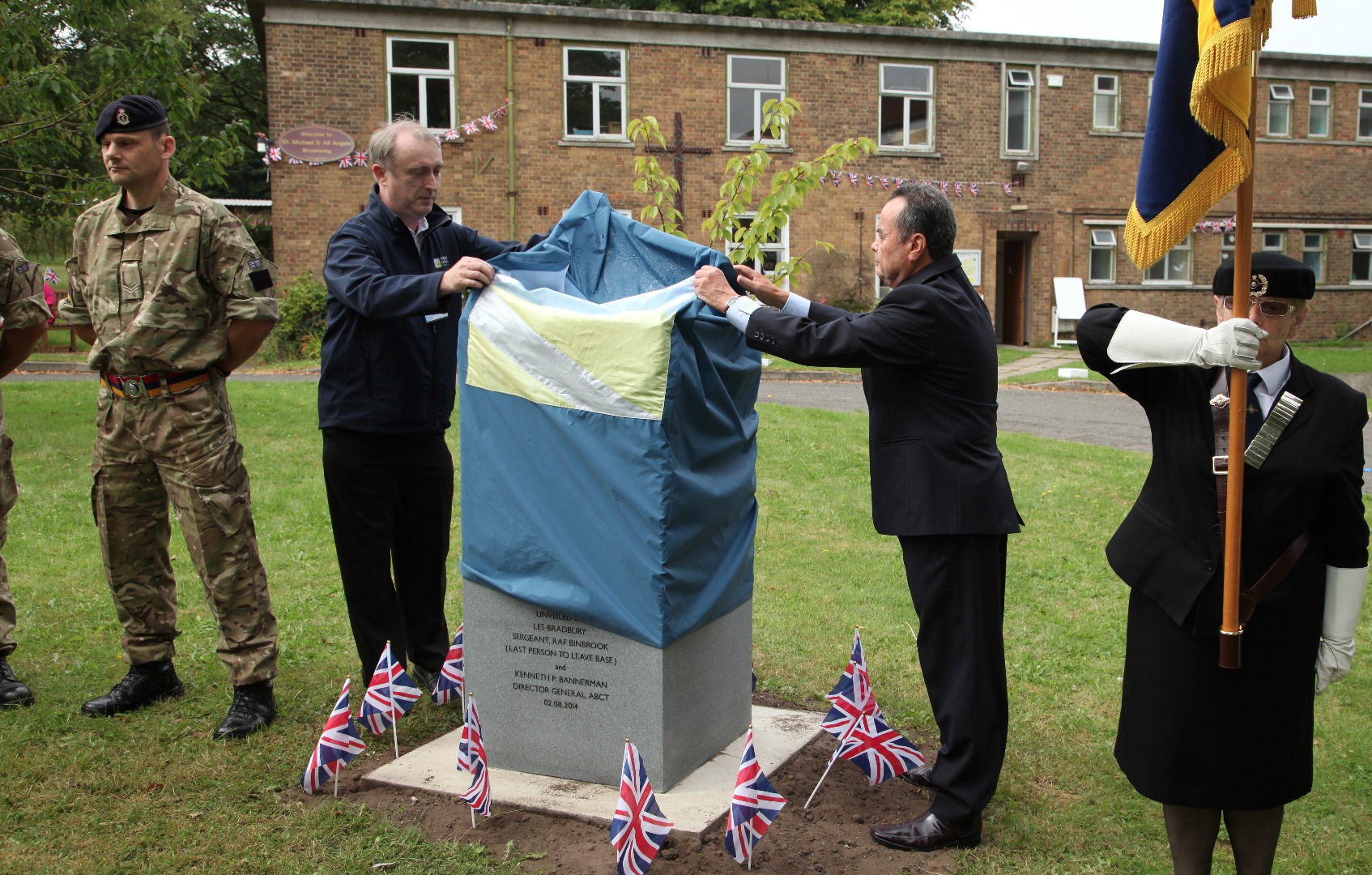 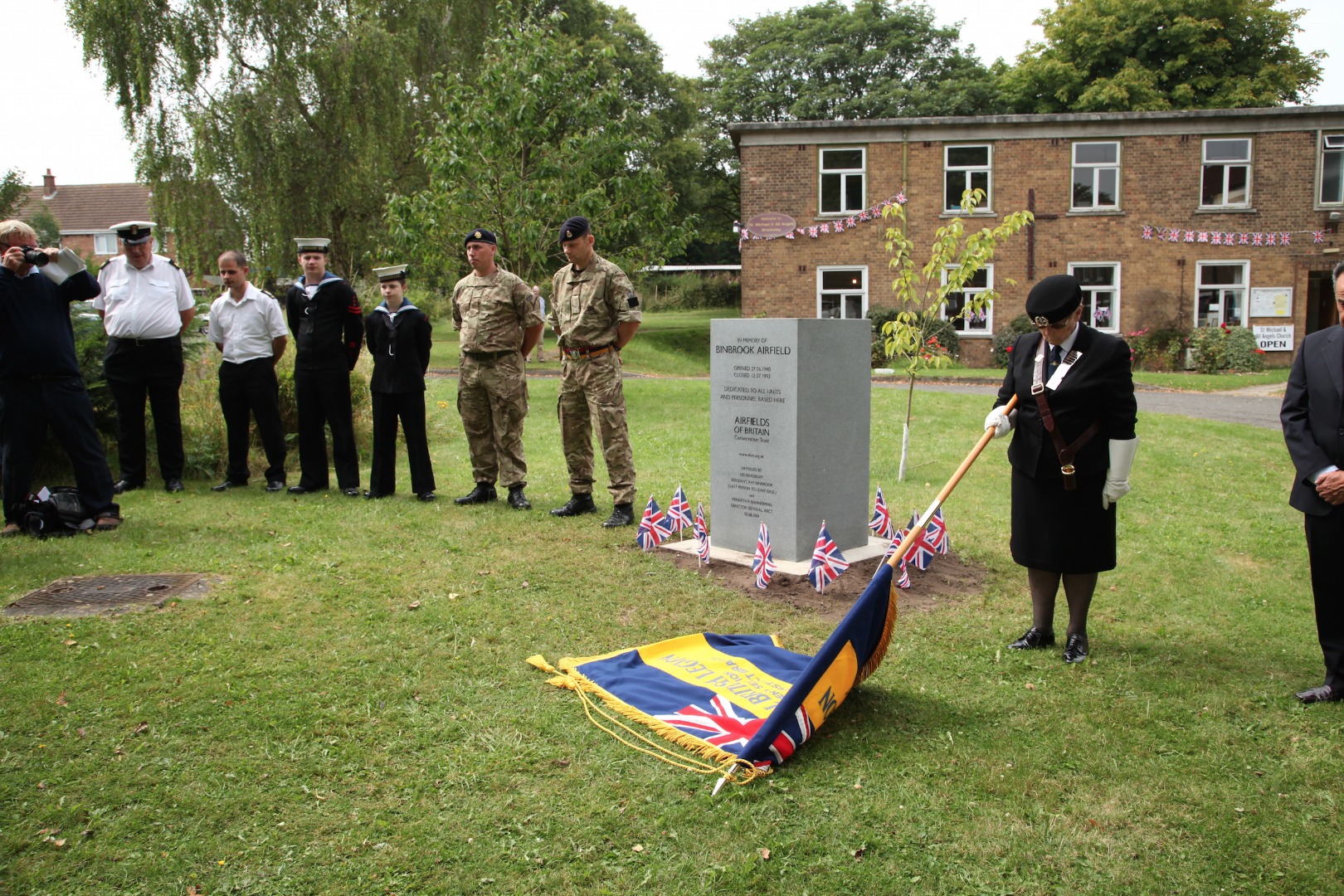 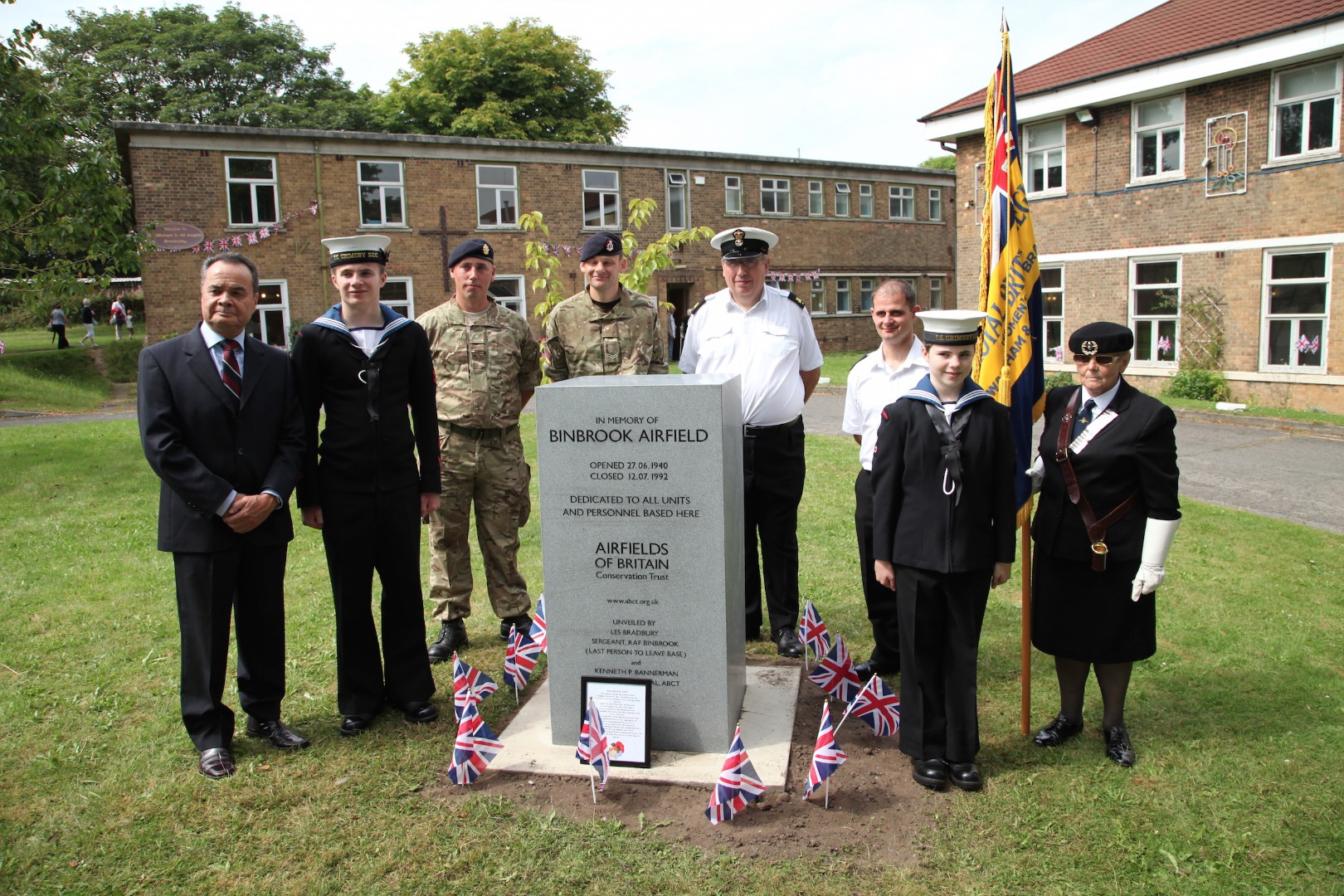 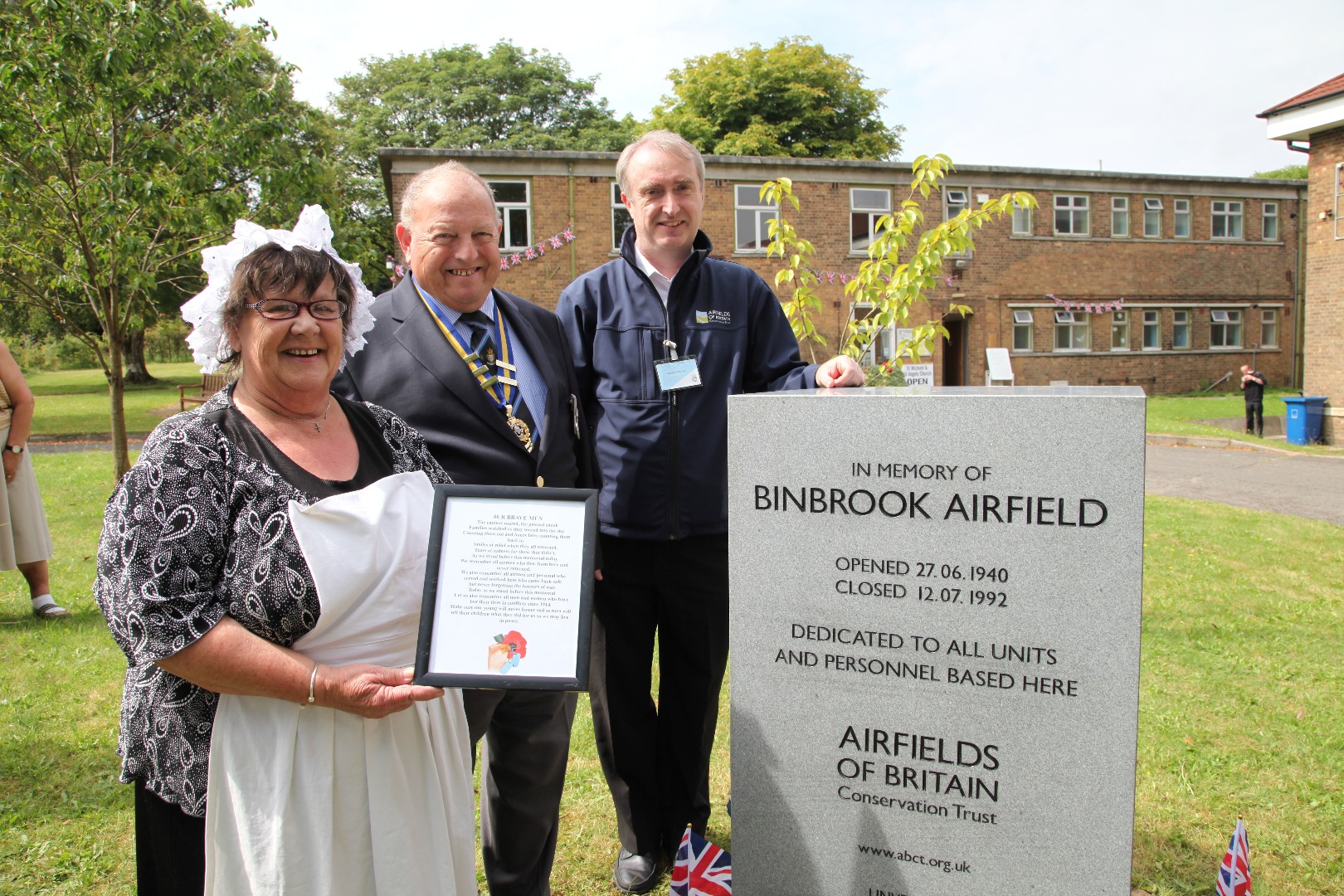 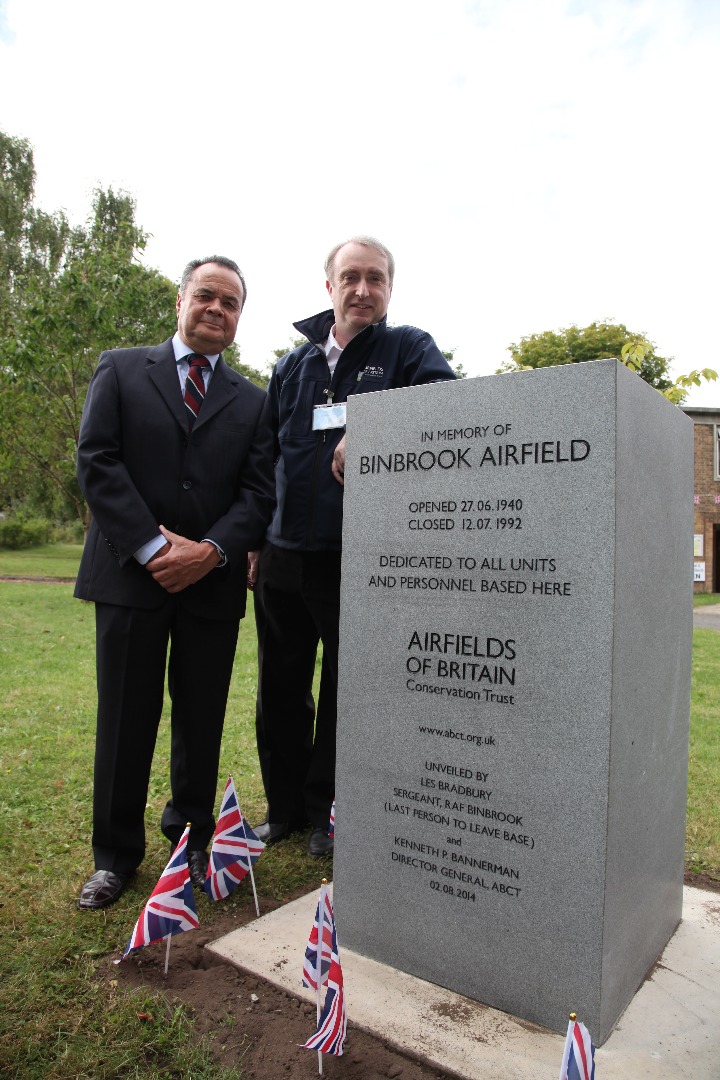 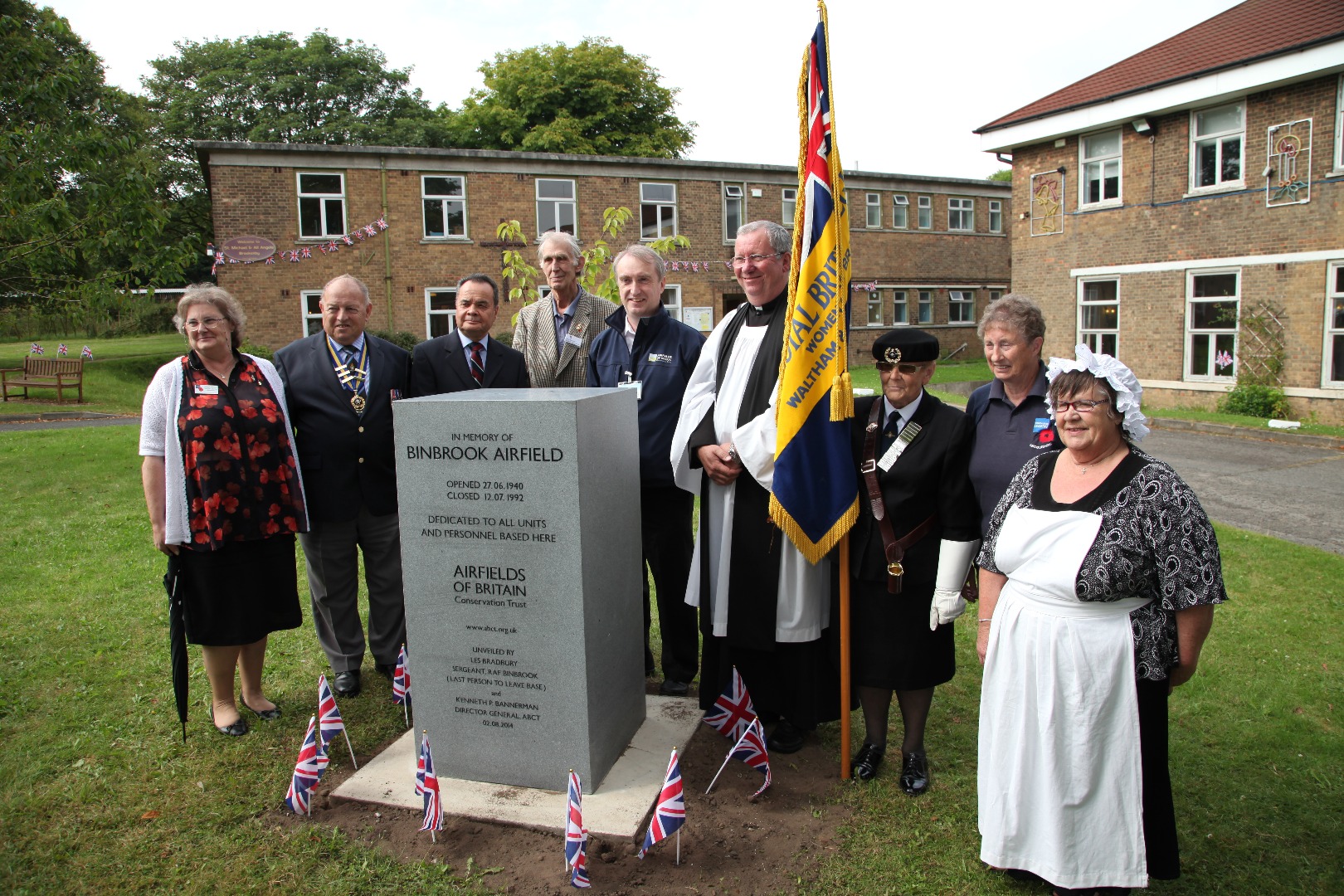 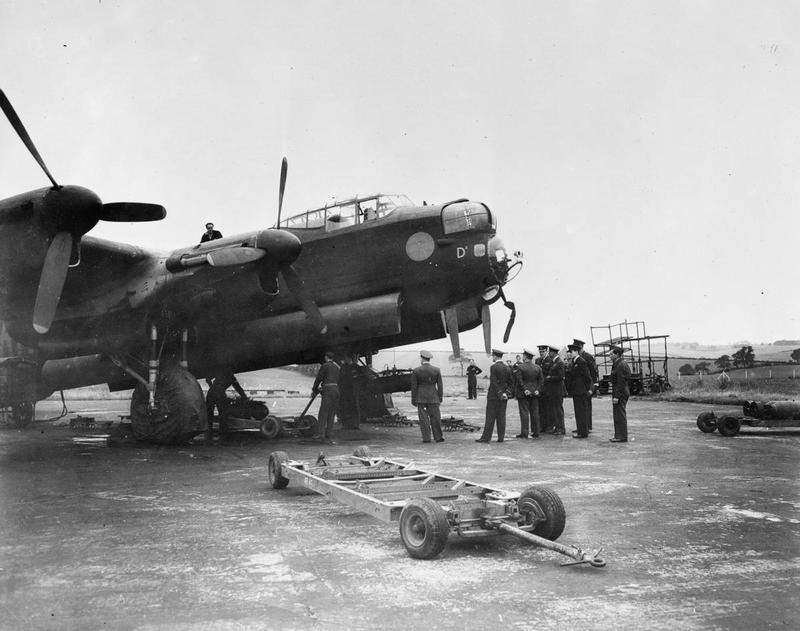 The Duke of Gloucester, Governor-General Designate of the Commonwealth of Australia (standing fourth from right), watches armourers attending an Avro Lancaster of No 460 Squadron, RAAF, during his visit to Binbrook in July 1944. © IWM (AUS 2017) 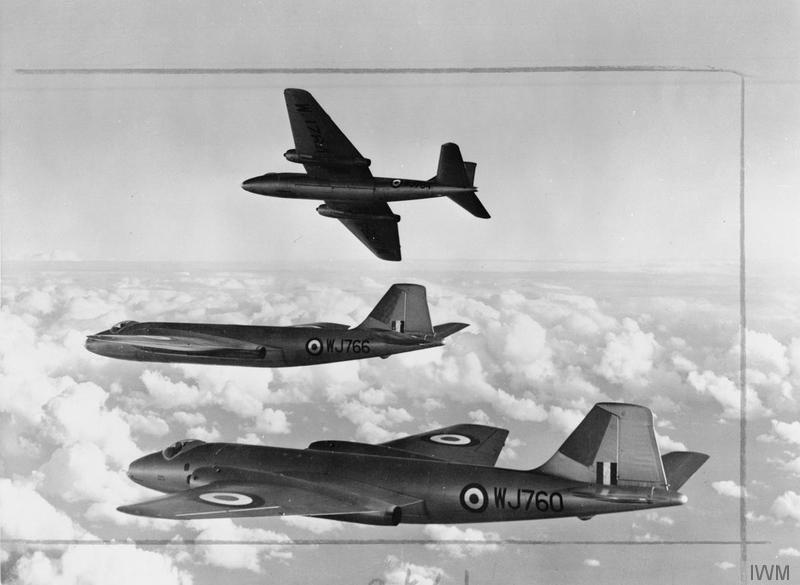 English Electric Canberra B6 bombers of No 101 Squadron RAF based at Binbrook. Seen here during exercises over north-west England. © IWM (C(AM) 1688) 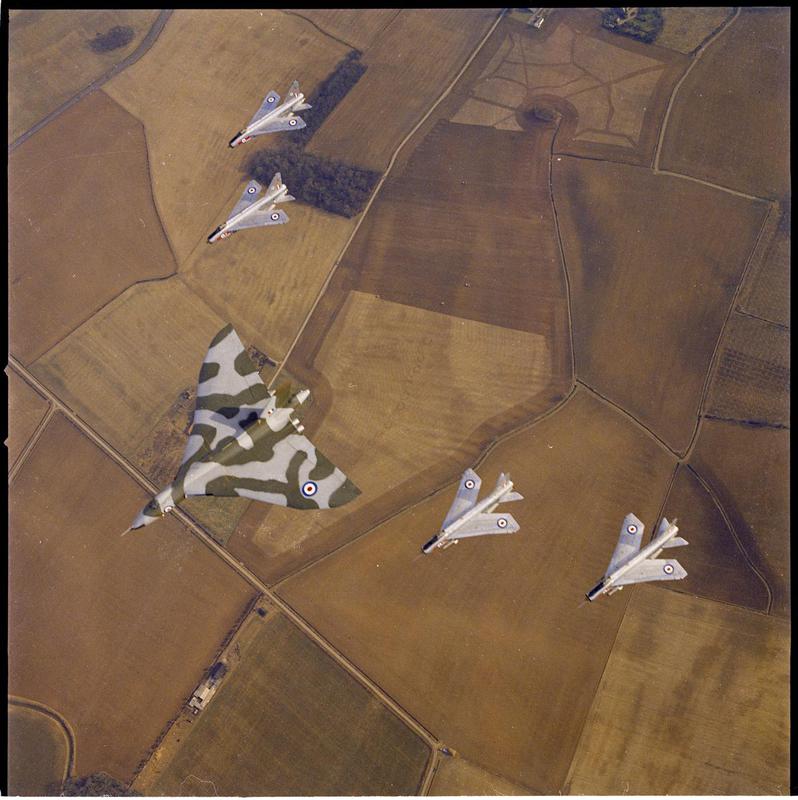 An Avro Vulcan B2 flying in formation with English Electric Lightnings F.6s. including two from No 5 Squadron, based at Binbrook. © Crown copyright. IWM (RAF-T 8095) 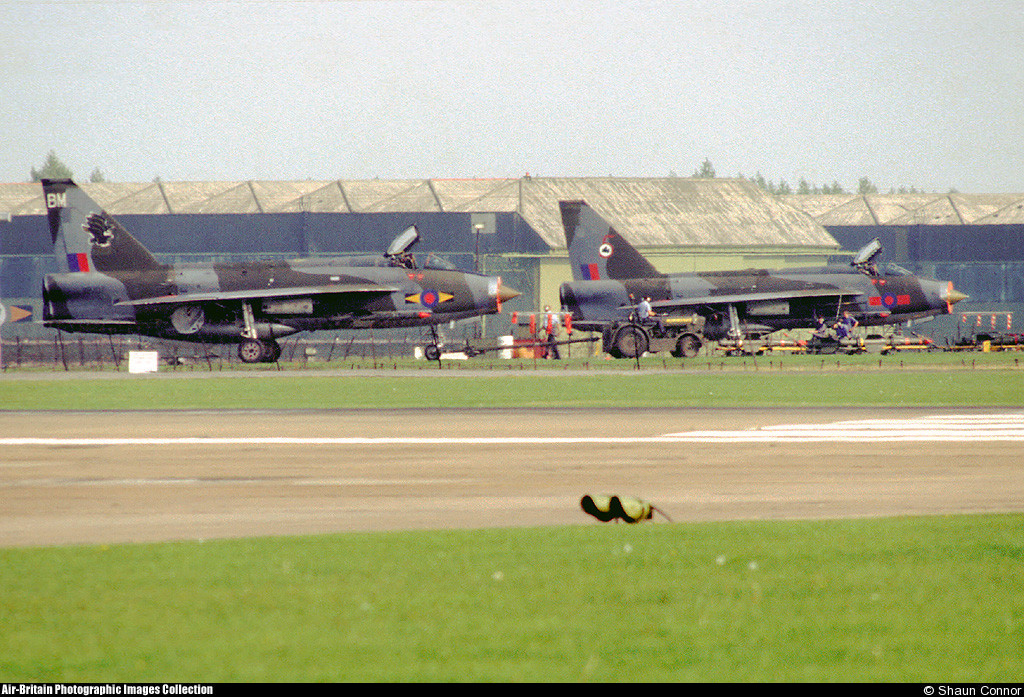 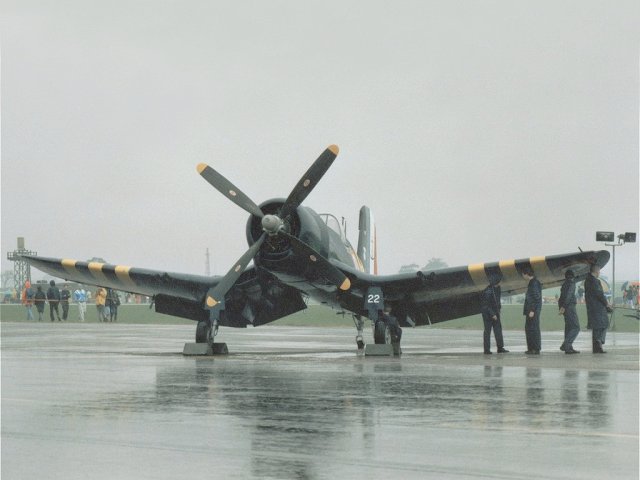 A Chance Vought Corsair on the last openday at Binbrook on 22 August 1987. © Dave Hitchborne and licensed for reuse under this Creative Commons Licence

Aerial view of Binbrook, 5 August 2007. © Chris and licensed for reuse under this Creative Commons Licence 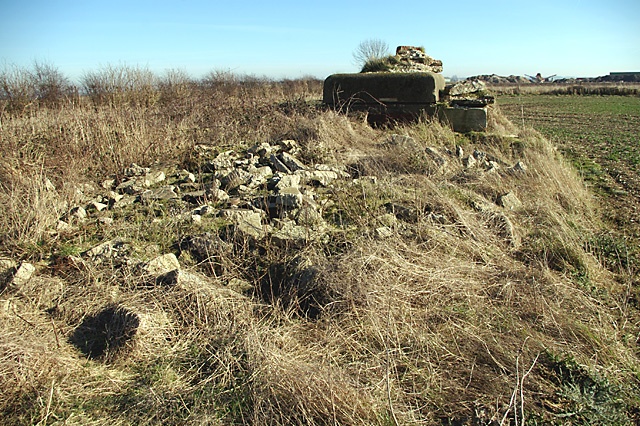 Battle Headquarters at Binbrook, 10 February 2008. © Mr T and licensed for reuse under this Creative Commons Licence 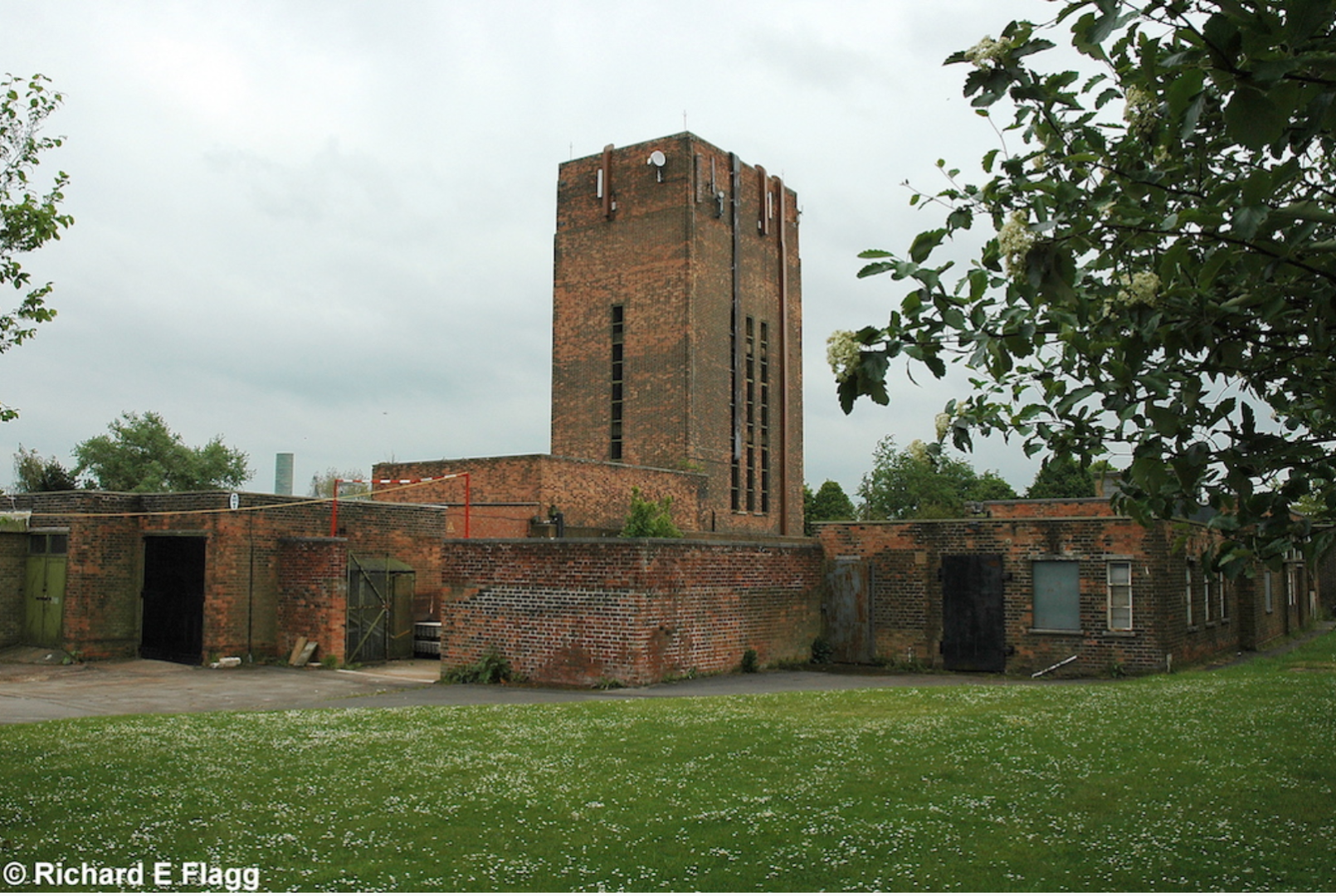 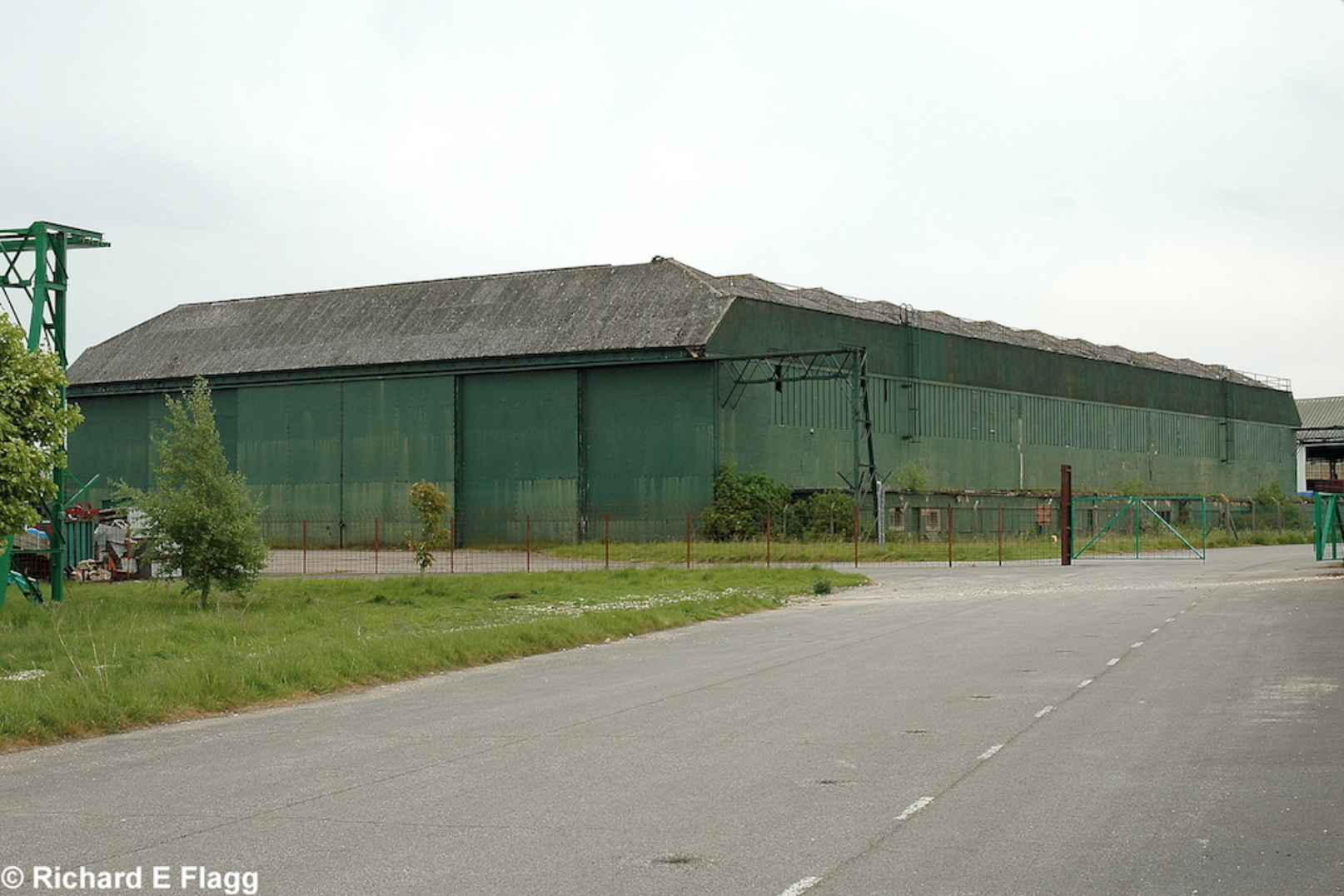 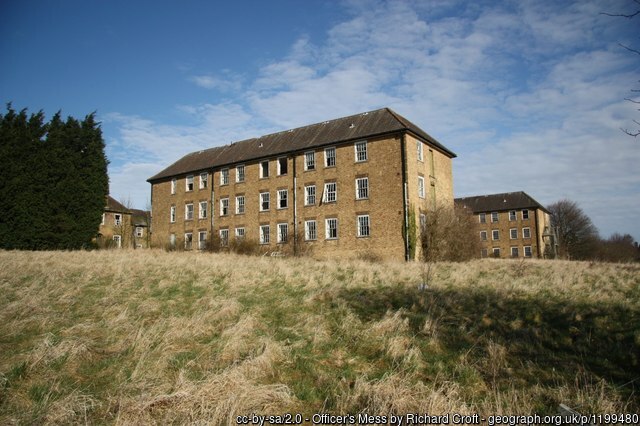 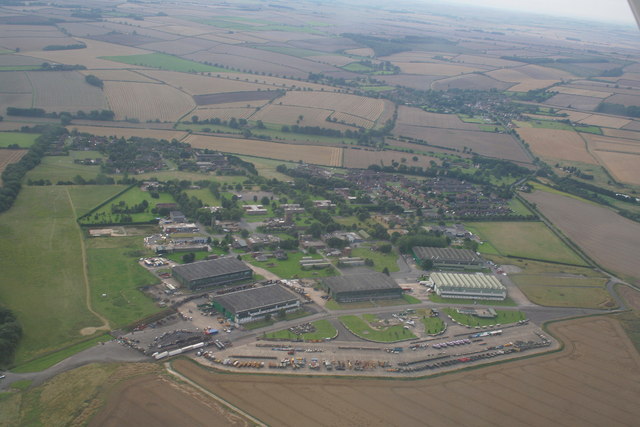 Aerial view of former technical area at Binbrook, 18 August 2009. © Chris and licensed for reuse under this Creative Commons Licence 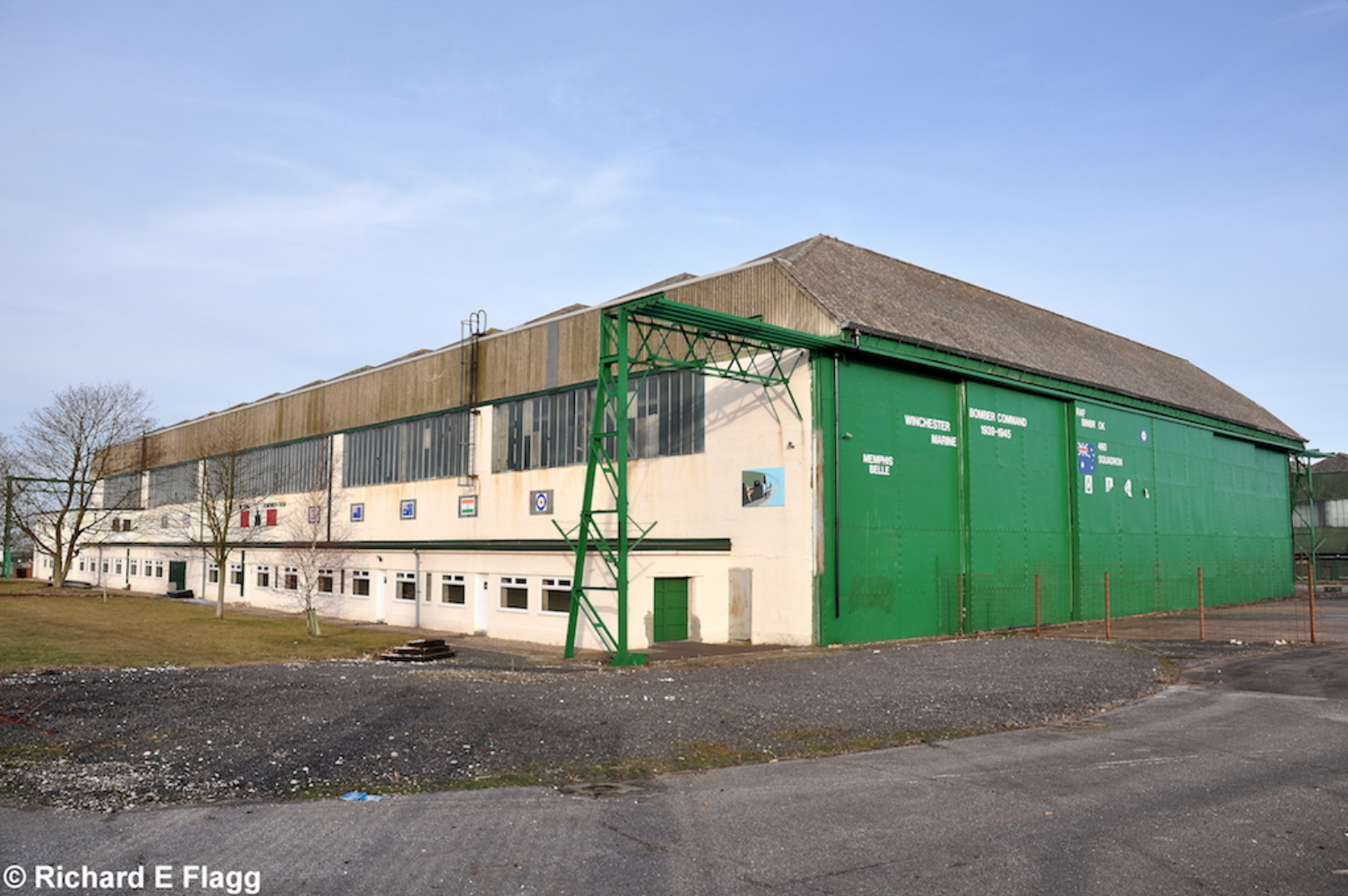 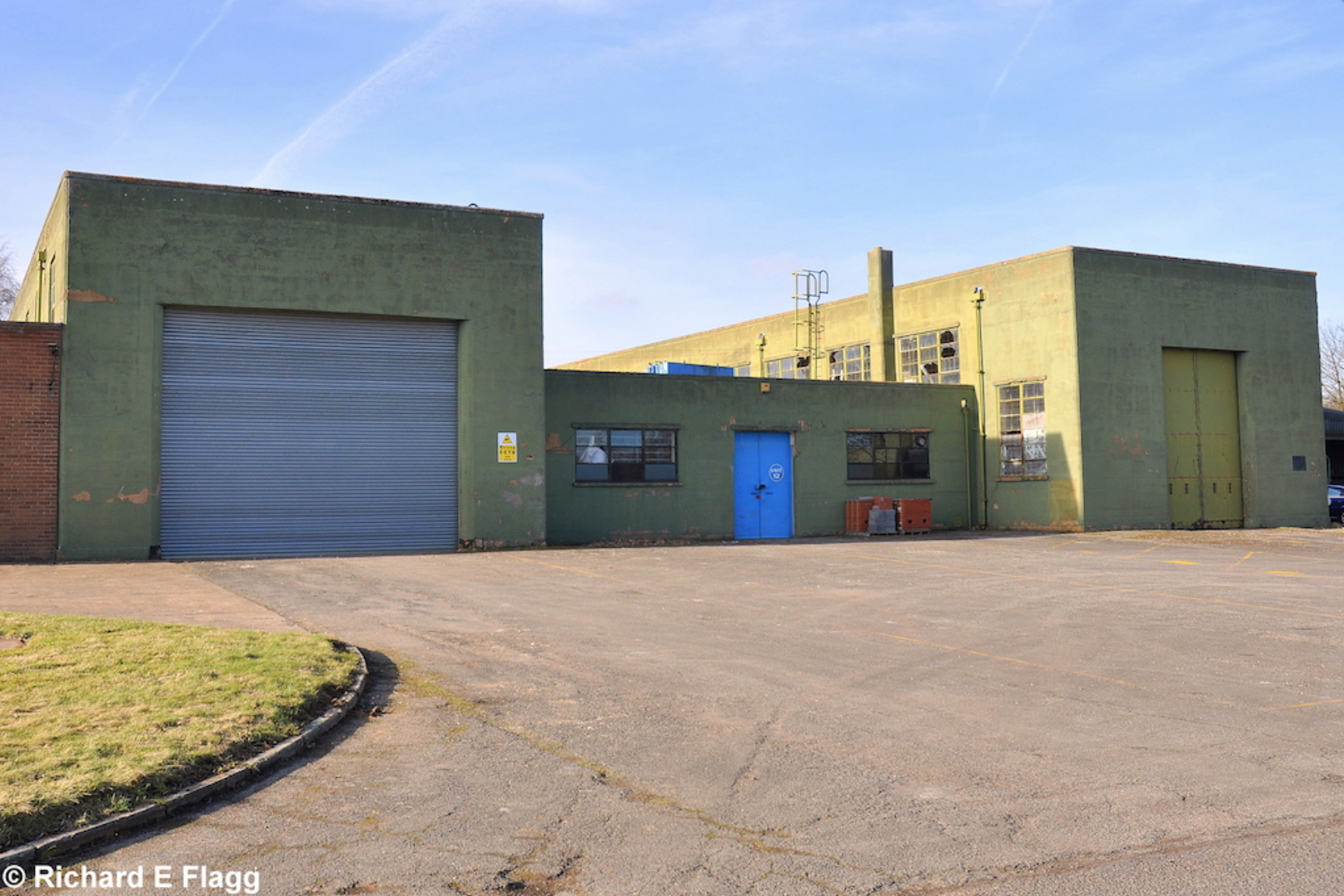 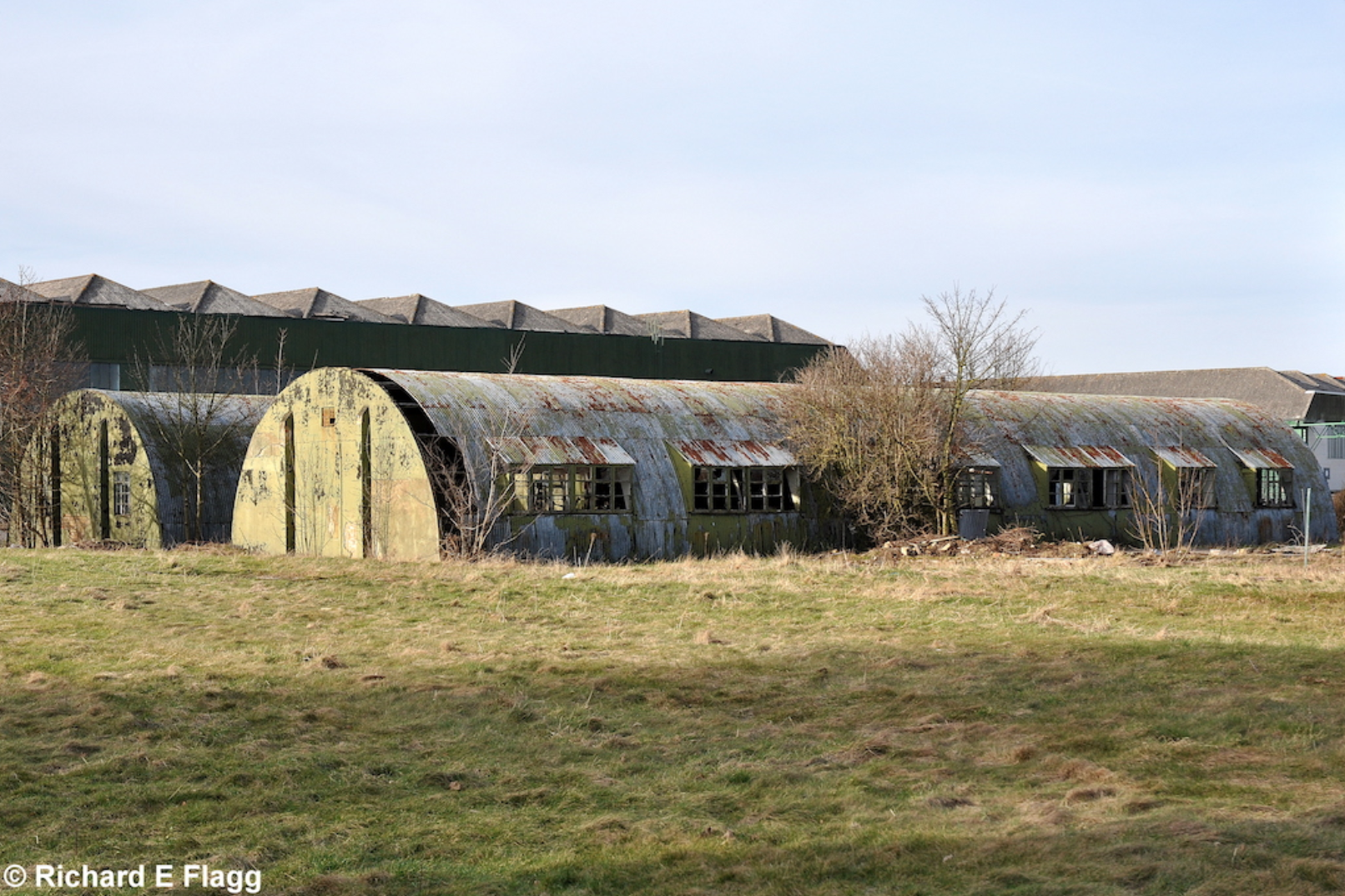 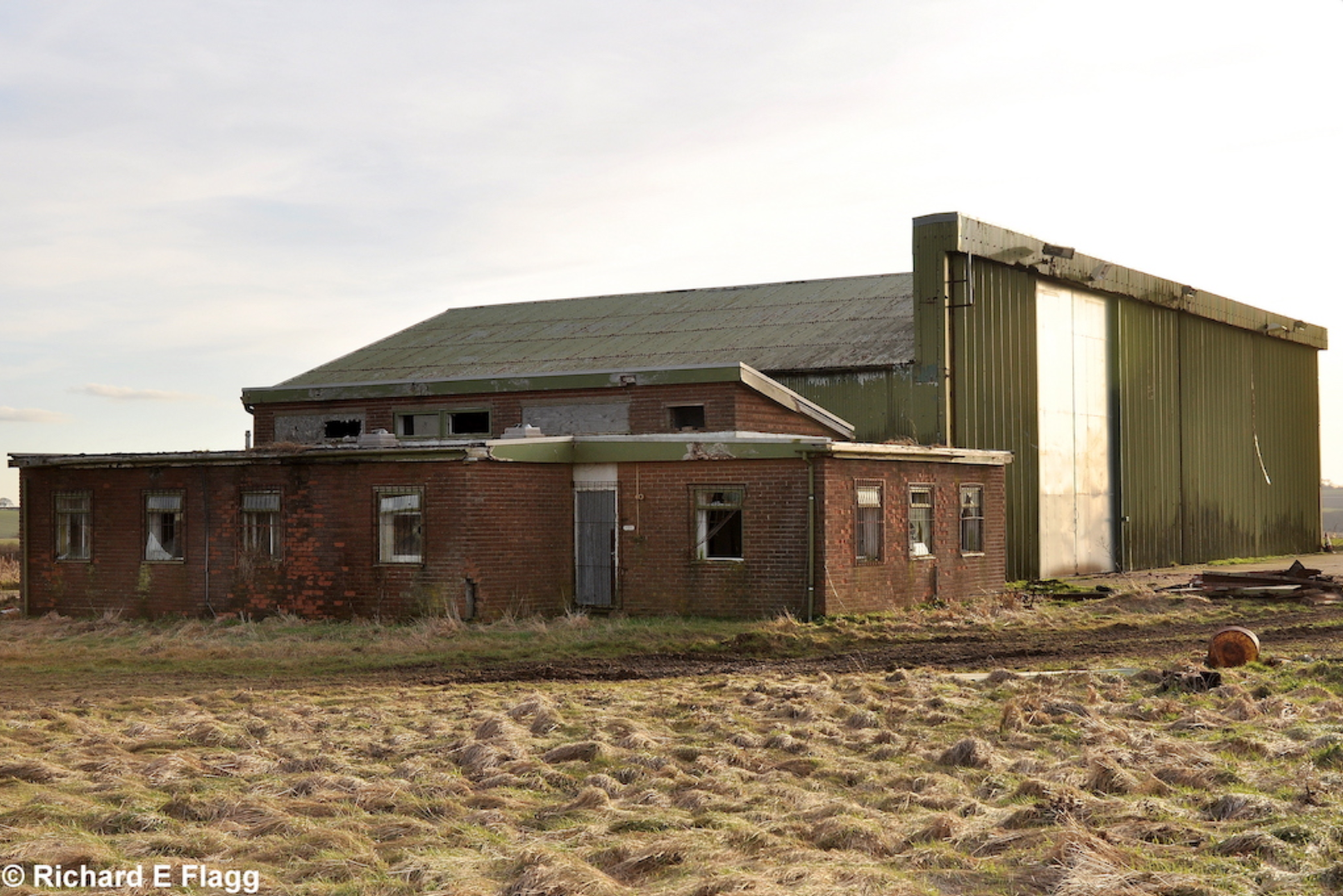 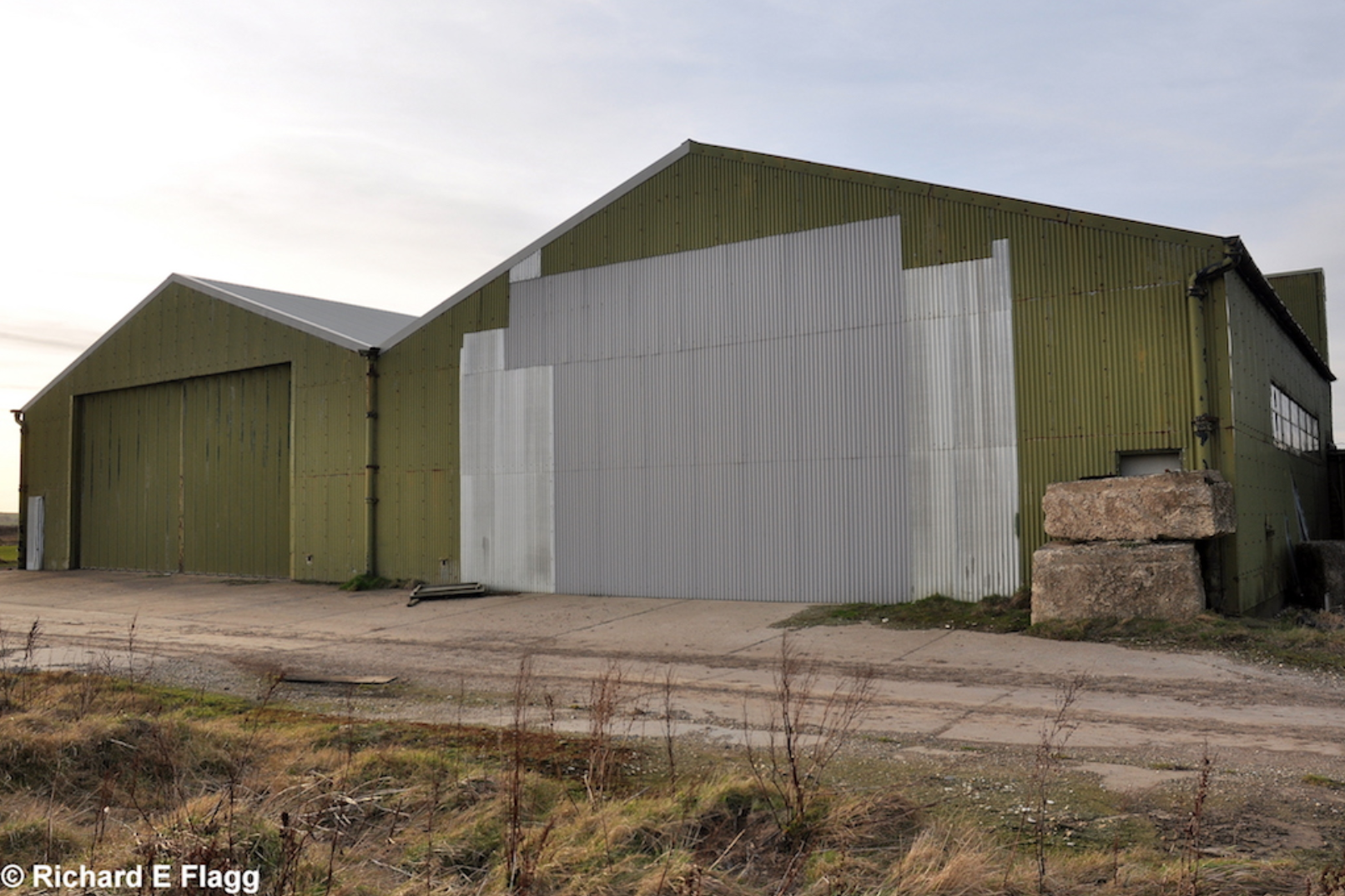 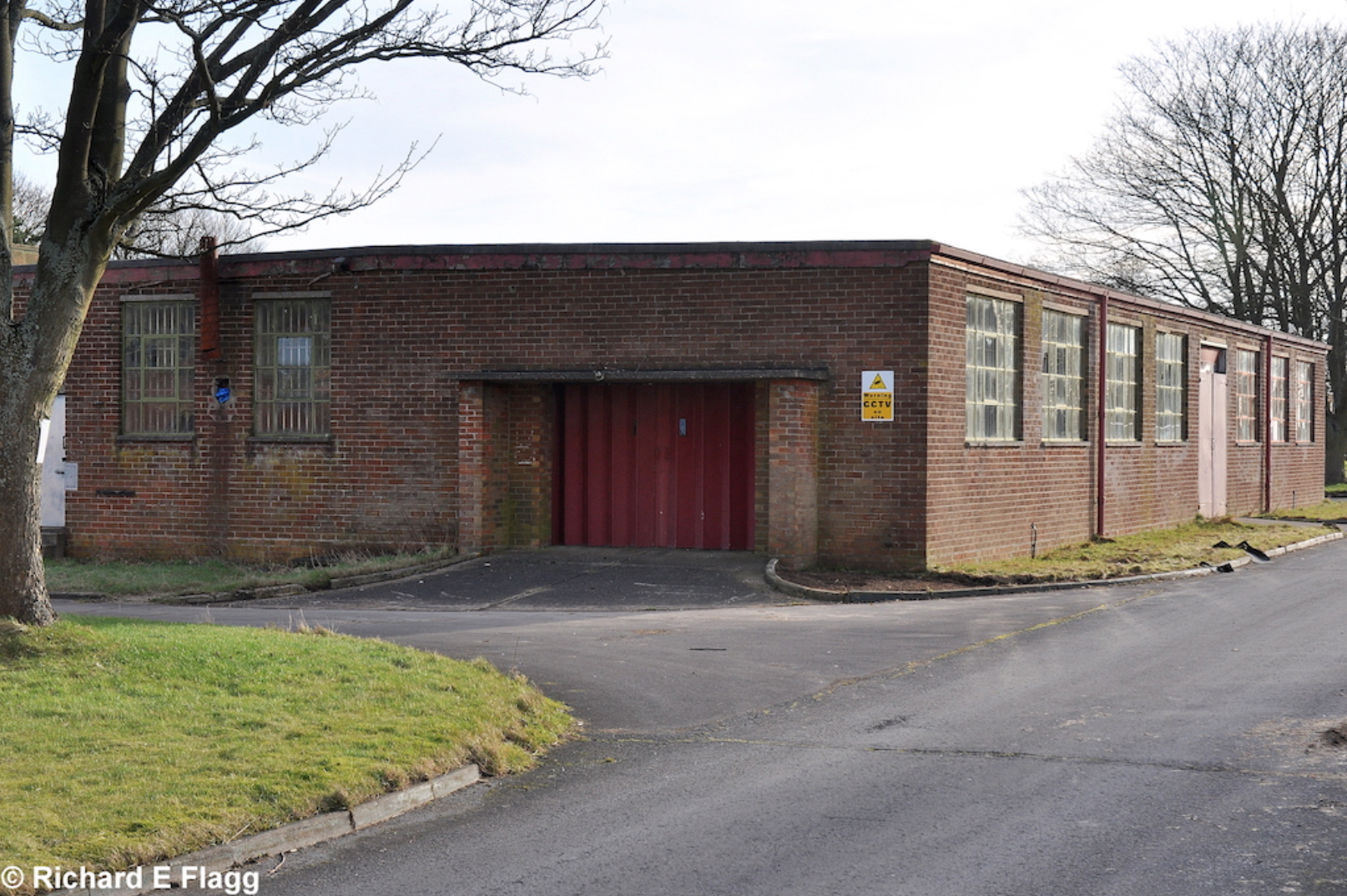 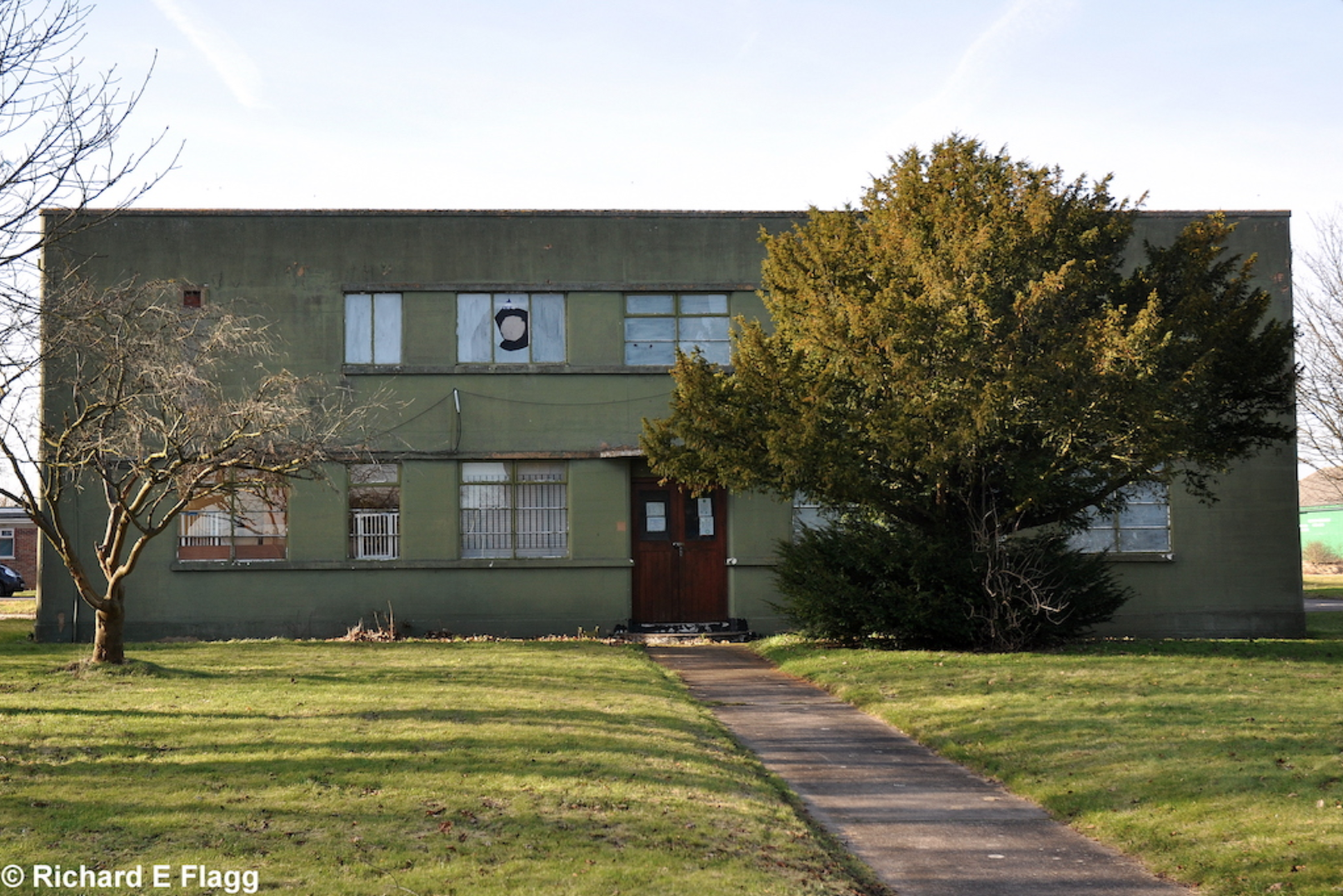 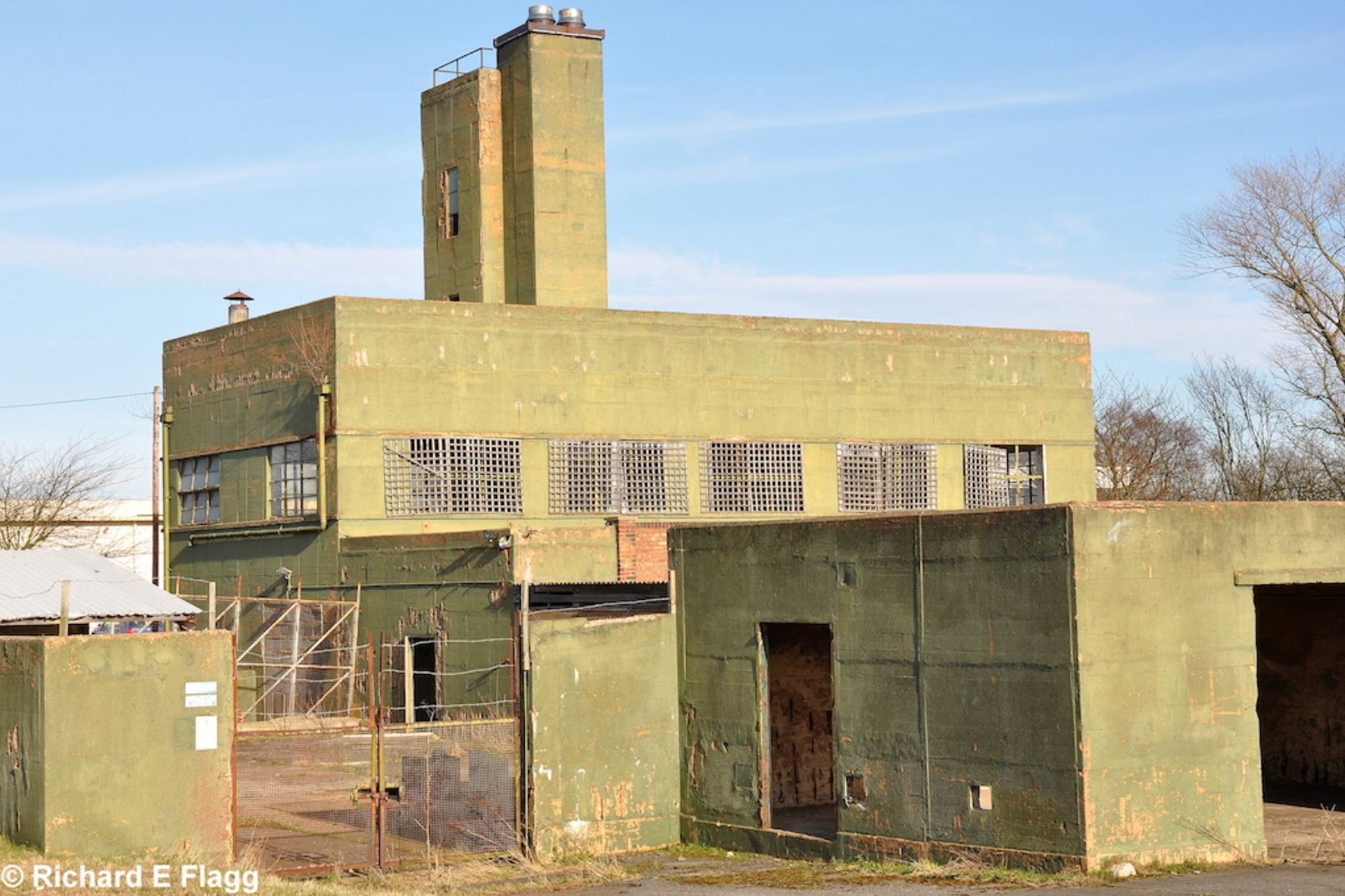 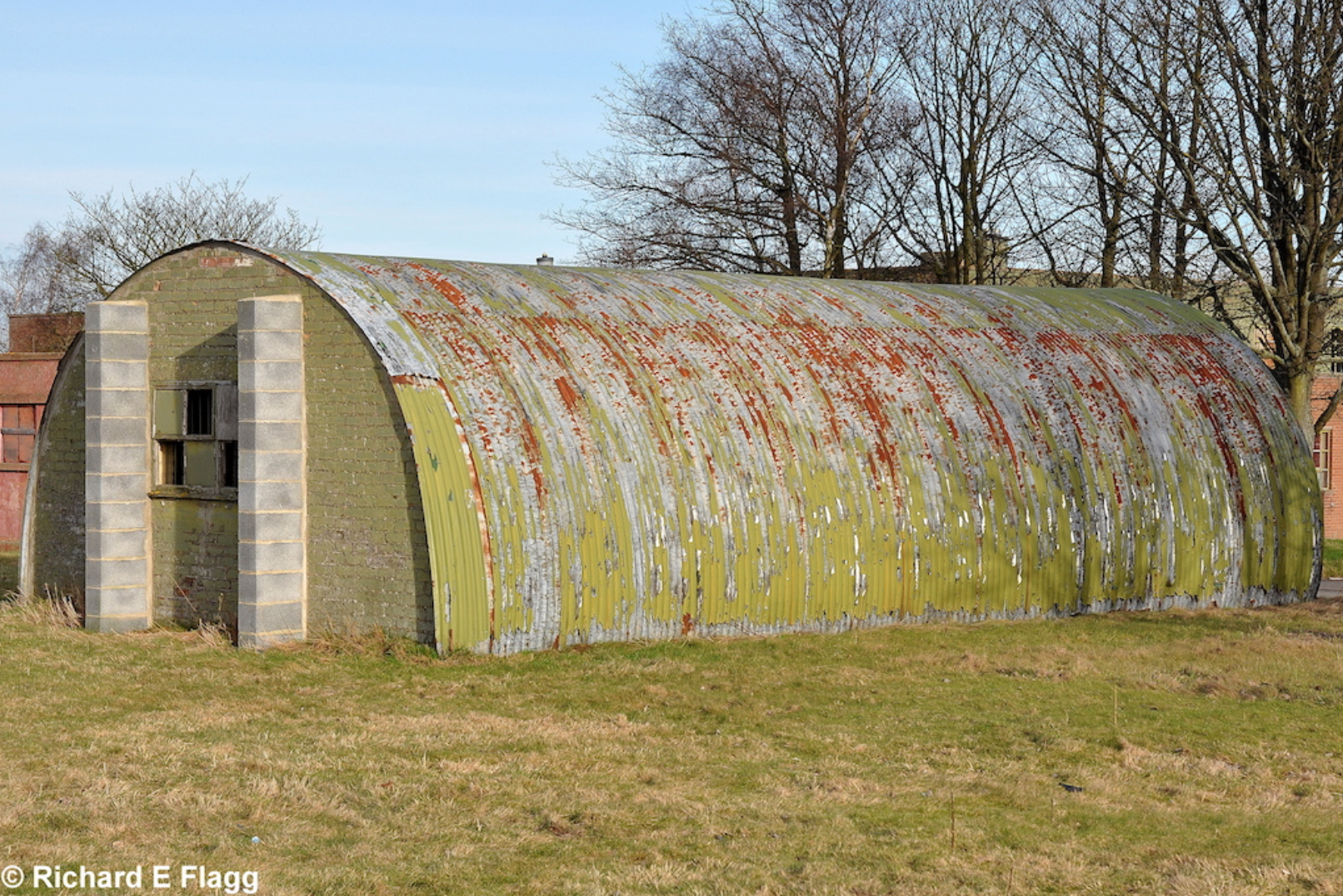 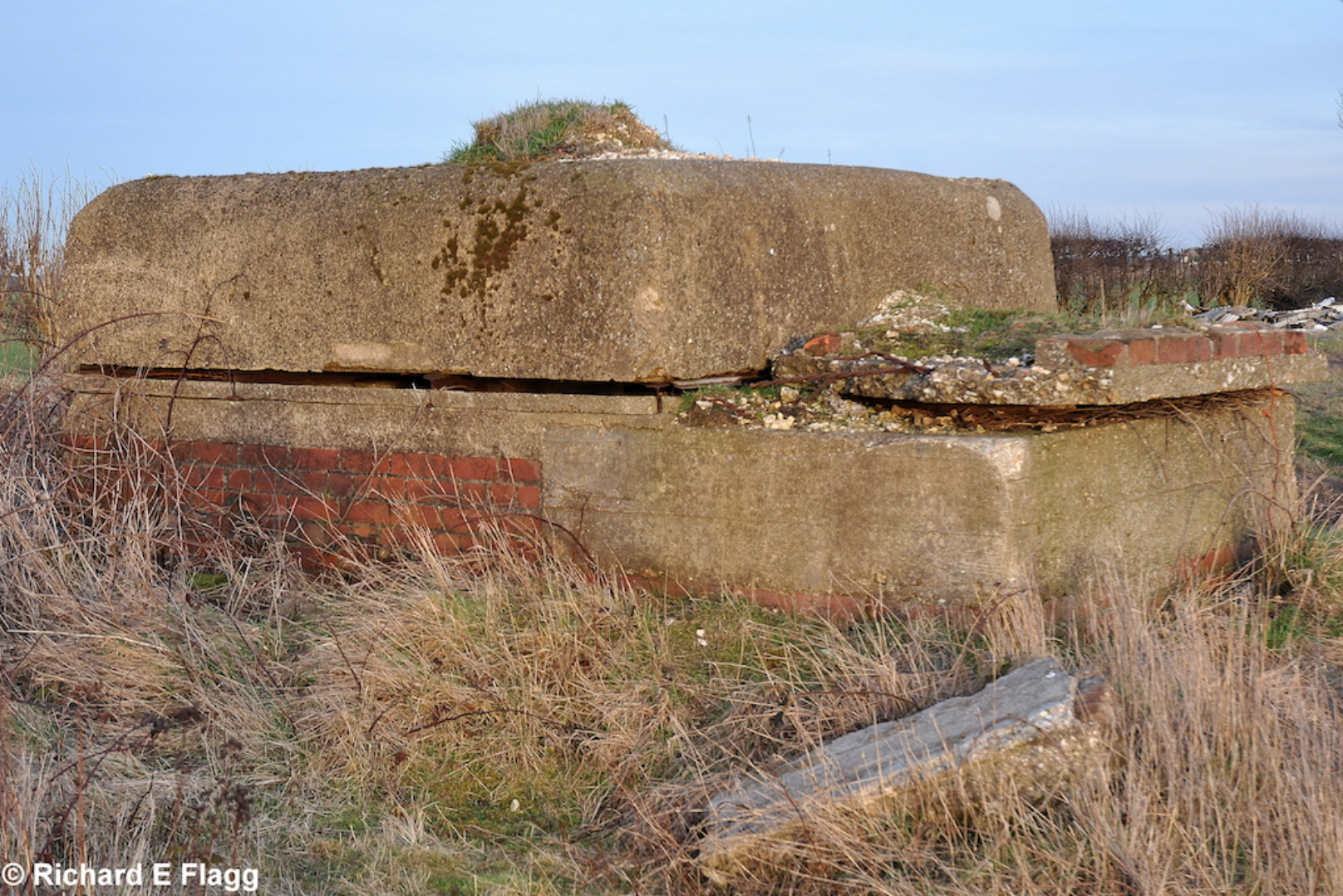 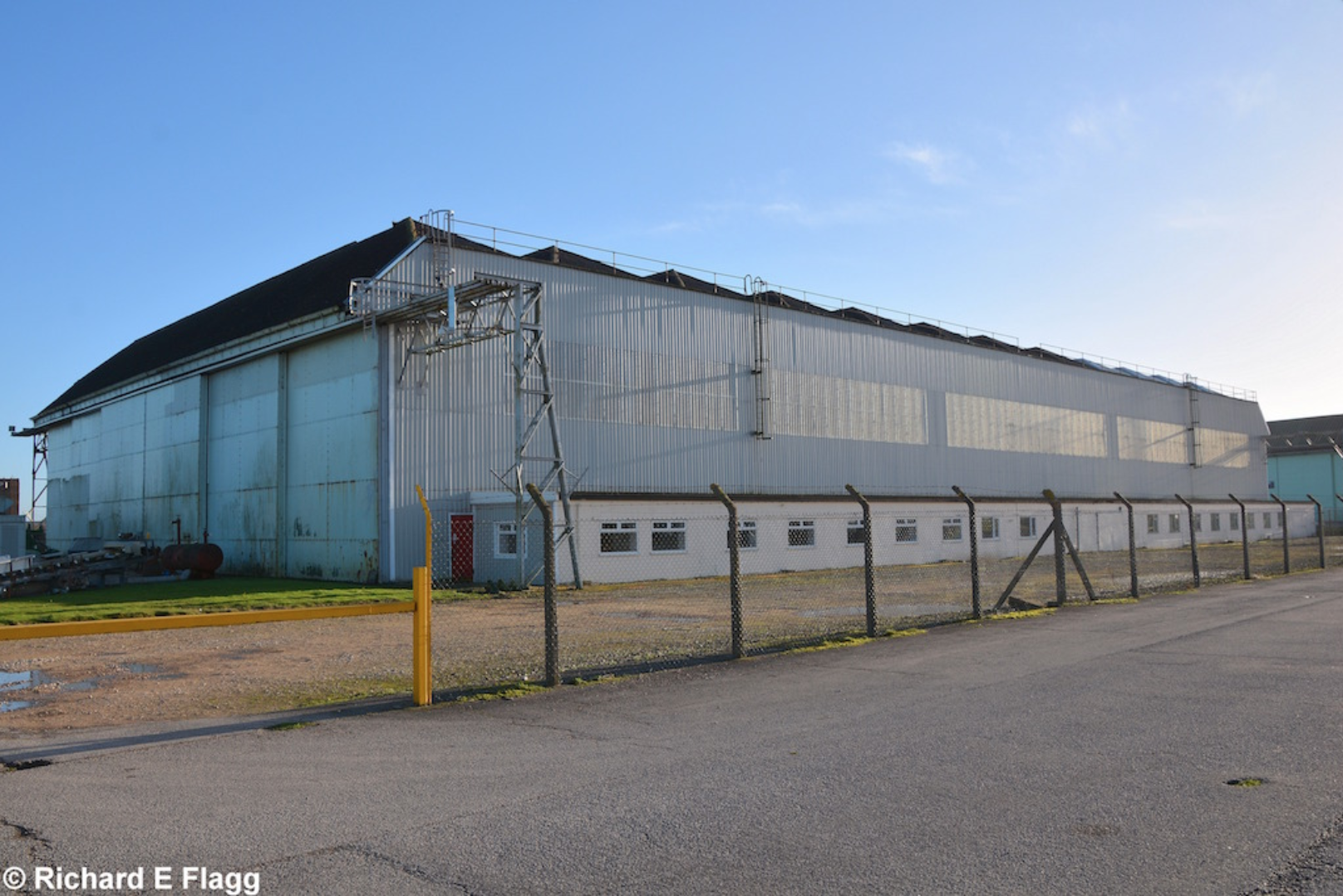 Footage from Binbrook, 1994. Courtesy of usafe

Demolition of the Officer's Block, 26 February 2011. Courtesy of Andrew Robinson