Although not obvious today, Bangor possessed a most unusual feature in the form of an extremely jagged boundary tapering off westwards in a diagonally tangential stepped style.

From the summer of 1918 three (Special Duty) Flights of No 244 Squadron had begun mounting anti-submarine patrols with Airco DH6s from this part of North Wales, for which Bangor received some Bessonneau hangars. No 530 (Flight) later moved to Tallaght in Ireland on 18 October but returned to its main base on 11 November as World War One ended.

Bangor and the personnel who served there had to endure quite a tough time, mainly due to the state of its landing area that became at best increasingly suspect. It nevertheless lasted for a short while into 1919 until No 244 Squadron disbanded on 22 January, and may have seen civil light aircraft use during the 1920s, though there is no other local historical memory or evidence to back up this claim.
The following organisations are either based at, use and/or have at least potentially significant connections with the airfield (as at 30/07/2018): 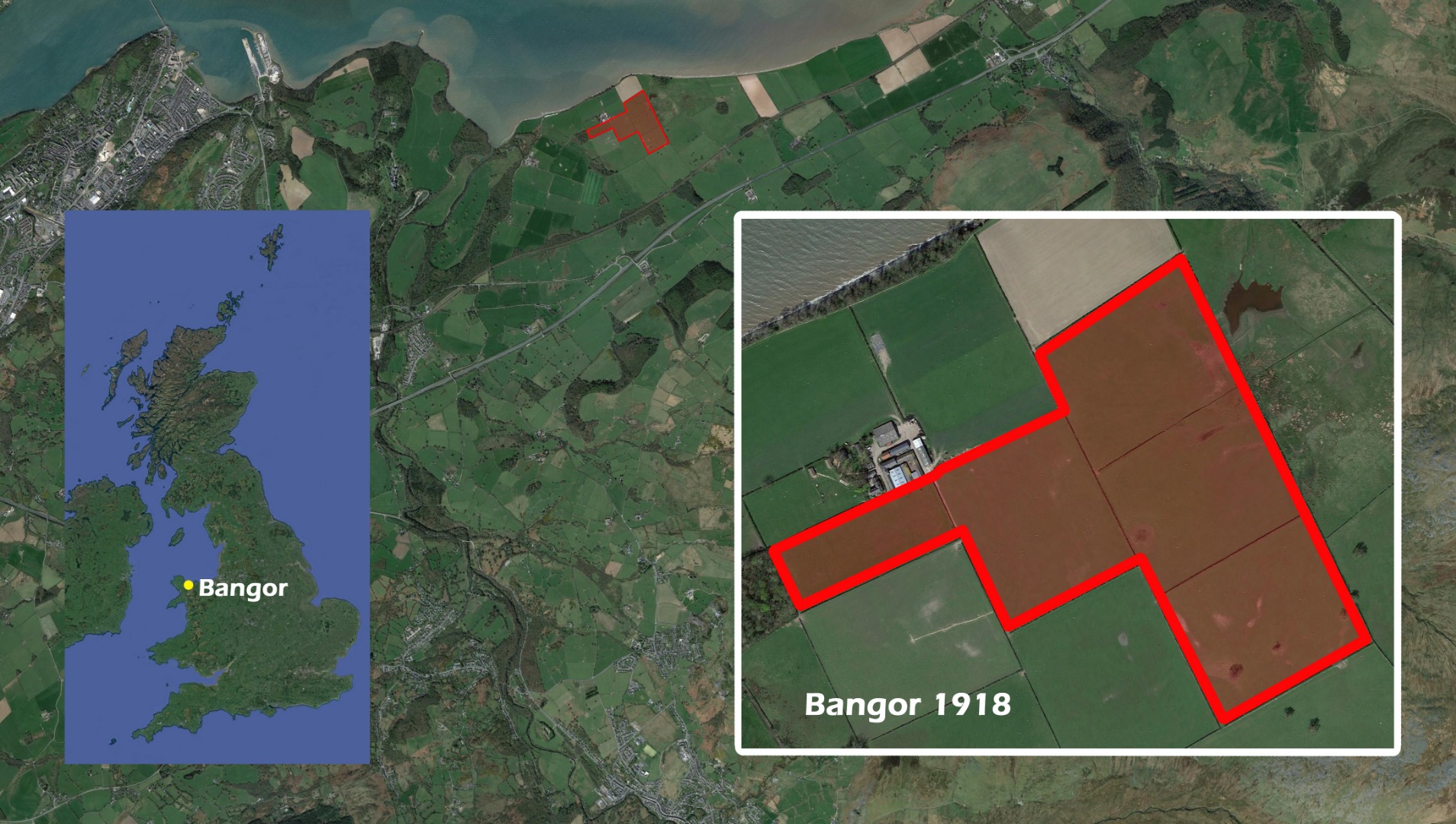