One of the airfield’s initial duties after opening was to send personnel up the main A77 Ayr-Glasgow road to help capture Deputy Fuhrer Rudolf Hess after he parachuted into Scotland near Eaglesham in May 1941. The story goes that assistance was required after the head of the local Home Guard unit emerged a touch unsteadily out of the village’s Eglinton Arms.

Ayr’s second airfield, on a separate site further out of the town from the original racecourse location and also locally/semi-officially known as Heathfield, opened in April 1941 as a base for RAF day and night fighter squadrons. Its appearance provided greater defensive cover for Glasgow and central Scotland and many squadrons proceeded to either visit or form there until well into 1944, though few units stayed for any great length of time. One of the exceptions was an early arrival, No 141 Squadron, which operated Boulton Paul Defiants and then Bristol Beaufighters on night patrols, the turret fighters seeing some early success against Luftwaffe bombers raiding Scotland and northern England. Later somewhat more permanent residents included Nos 186, 241, 312 and 406 Squadrons, more Beaufighters of the New Zealand-manned No 488 Squadron staying longest of all between September 1942 and August 1943.

There shortly afterwards occurred a subtle change of role for Ayr as two months later No 14 Armament Practice Camp formed out of No 1490 Flight to enable yet more fighter squadrons to briefly come and go to participate in realistic training in the run-up to D-Day. Another more pronounced difference saw the airfield switch to Fleet Air Arm control in September 1944 and become known as HMS Wagtail: activity remained as busy as ever, naval squadrons now primarily arriving while disembarking from their aircraft carriers.

The Royal Navy paid off this airfield in March 1946 but this was not the end for Ayr as the United States Air Force employed it for storage duties between 1951 and 1957, when the Americans decided upon solely using near-neighbour Prestwick. This celebrated airfield’s extremely close proximity gave rise to potential circuit overlap problems but, while these never materialised, a new secondary runway for the airport constructed during the 1950s ran into the northern half of its more southerly fellow airfield.

Since that decade, Ayr II has gradually disappeared from ready view, now the scene of a mixture of a retail park, housing, farmland and a golf course. Yet not everything has disappeared, notably a Bellman hangar on its east side alongside the main A77 road which is now in industrial use. Various fairly small sections of runways, perimeter track and foundations also still survive, especially near the retail park on the south side, while Liberator Drive acknowledges significant wartime use by examples of this famous four-engined American aircraft.

Thank you to all who attended ABCT’s unveiling at Ayr II (Heathfield) on Saturday 10th May 2014.

The event was very much appreciated by those who came along and was attended by veterans, politicians and members of the local community. A special thanks must go to the Lord Provost of South Ayrshire, Councillor Helen Moonie, for unveiling the memorial along with ABCT’s Director General, Kenneth Bannerman. The Depute Provost of South Ayrshire, Mary Kilpatrick, who is one of Ayrshire’s Veterans Champions, was in attendance along with Councillor Ian Cavana and and the Chair of Prestwick South Community Council, Archie Monkhouse. At a national level the support of John Scott MSP was greatly appreciated. We are extremely indebted to all the members of the Royal British Legion who took part in, and supported, the ceremony, as well as those from the Royal Air Forces Association. This includes local members of the Royal British Legion Bikers Branch. A special thanks must go to Legion piper, Jimmy Murphy. The Legion Chaplain, the Reverend Douglas Moore dedicated the stone and we are very grateful for his involvement. Lastly, ABCT would like to thank Alastair Dickie of Ediston Real Estate, who own and manage Healthfield Retail Park (part of the land on which the former airfield stood). Without Alastair’s help the event would not have been possible. 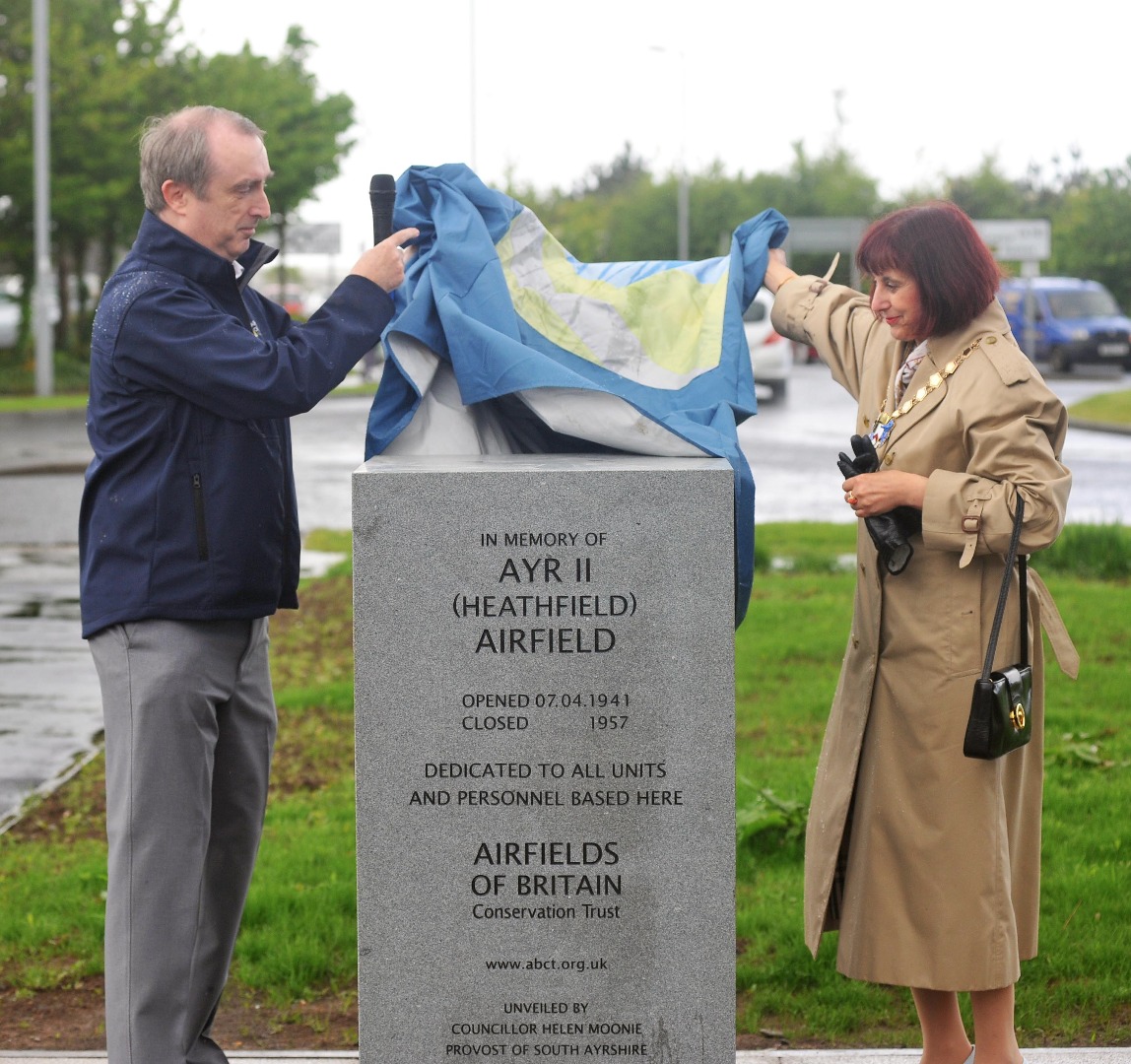 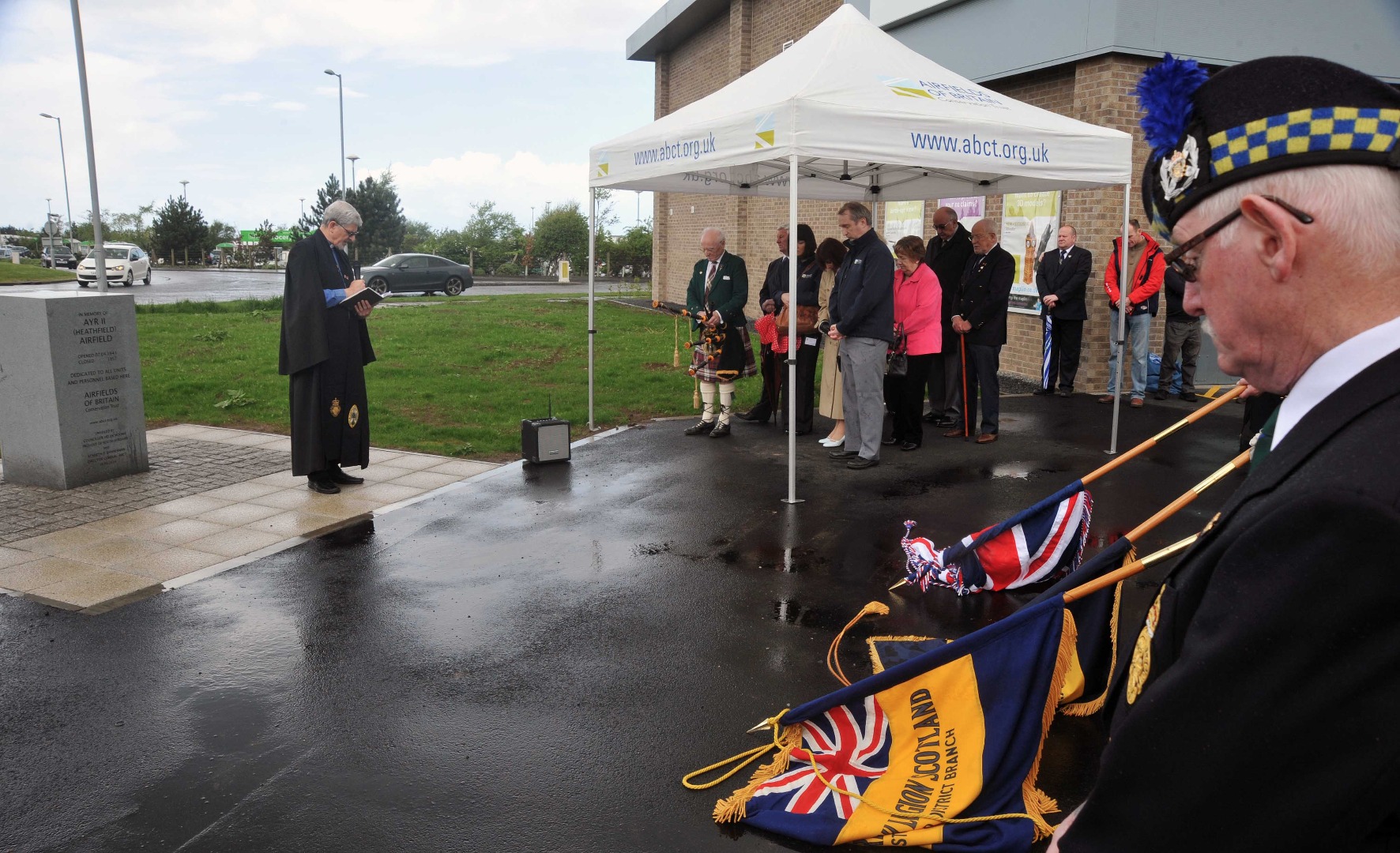 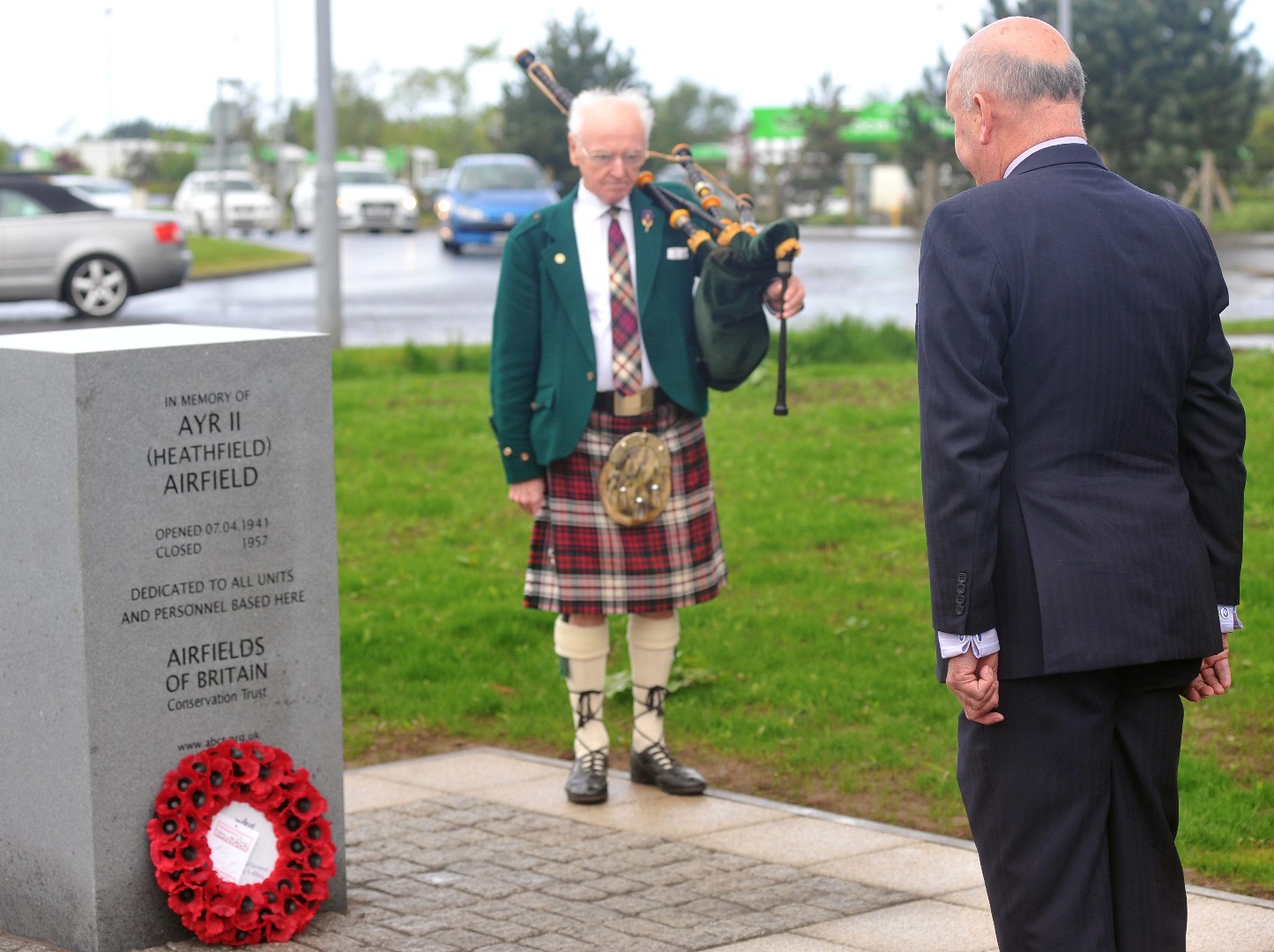 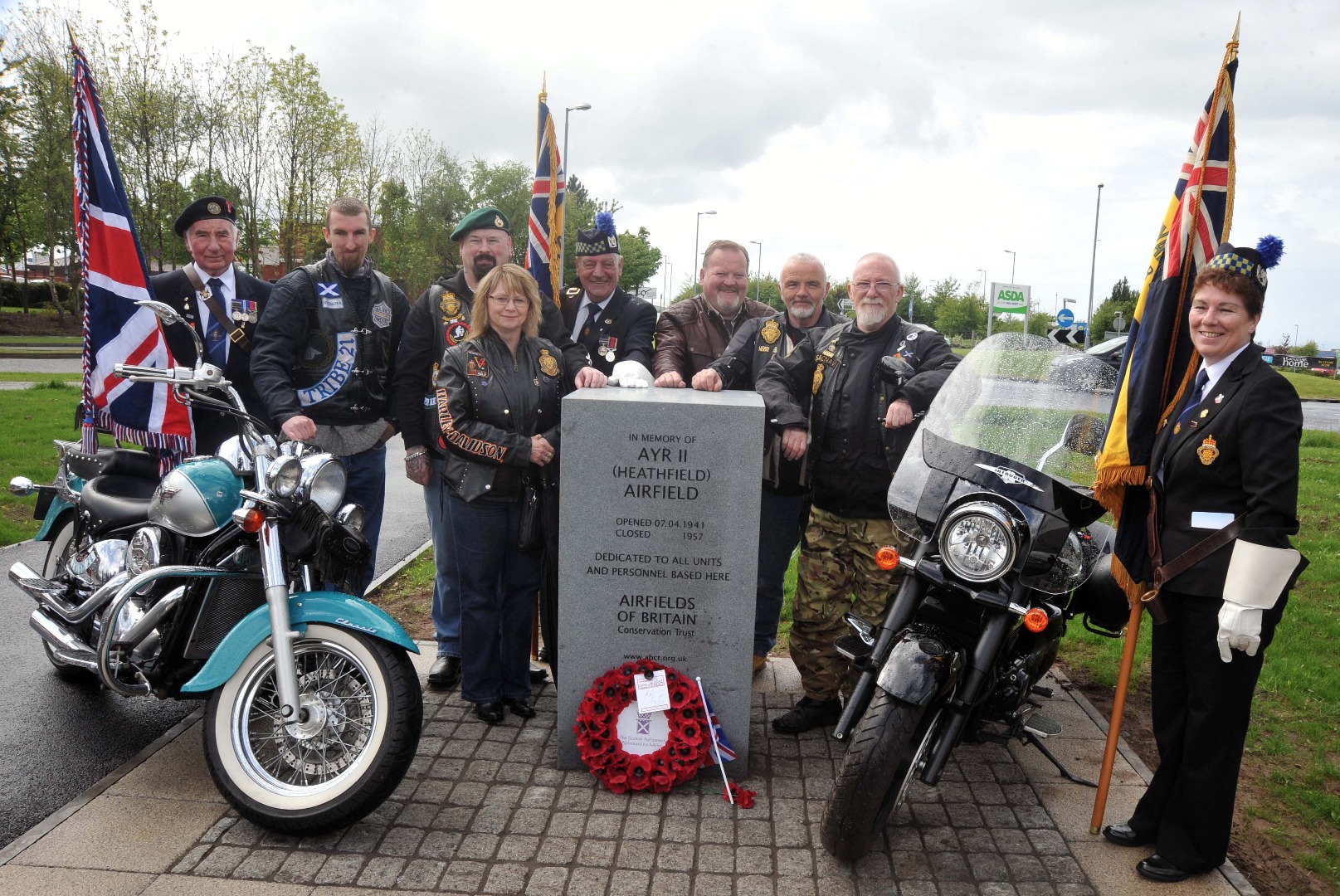 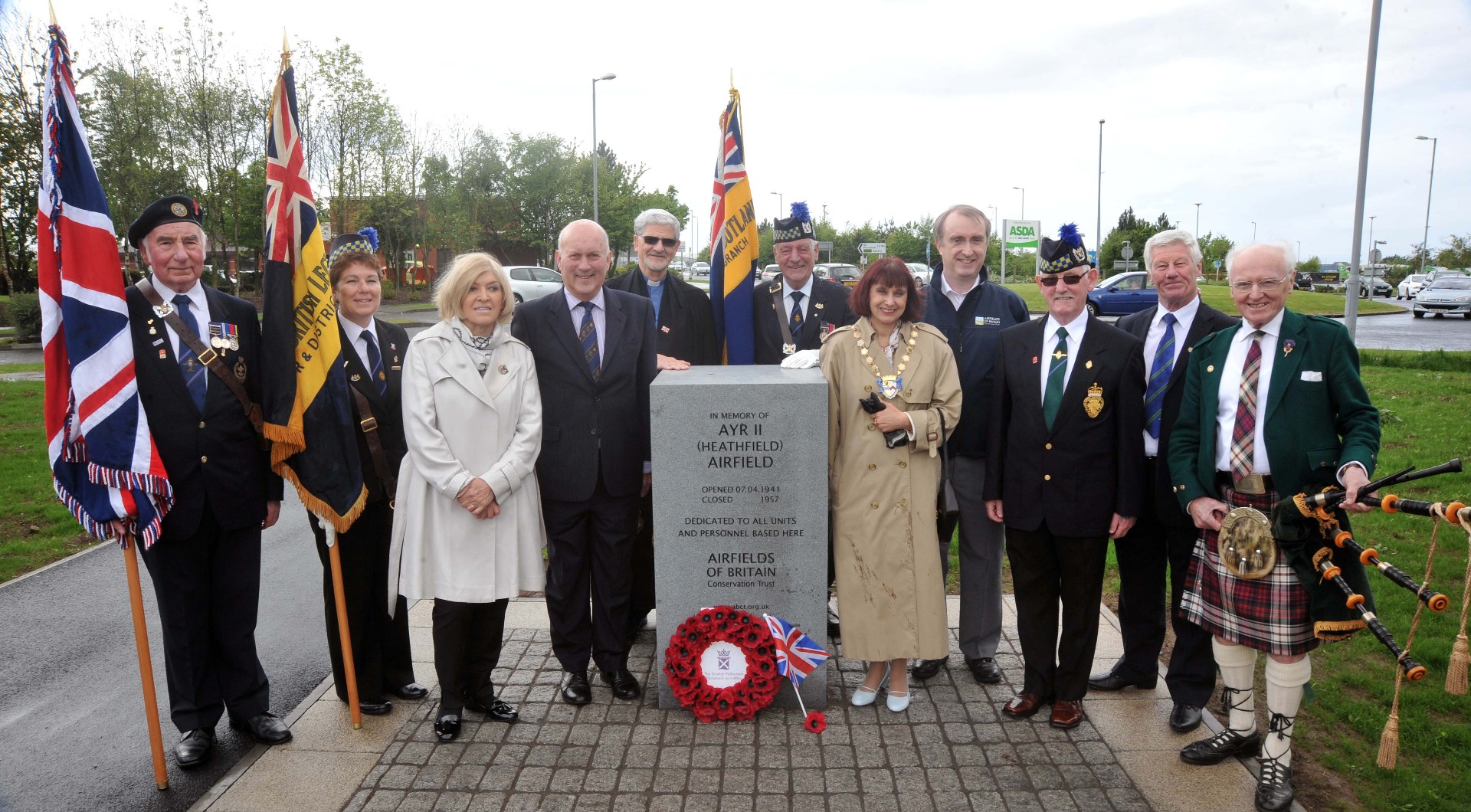 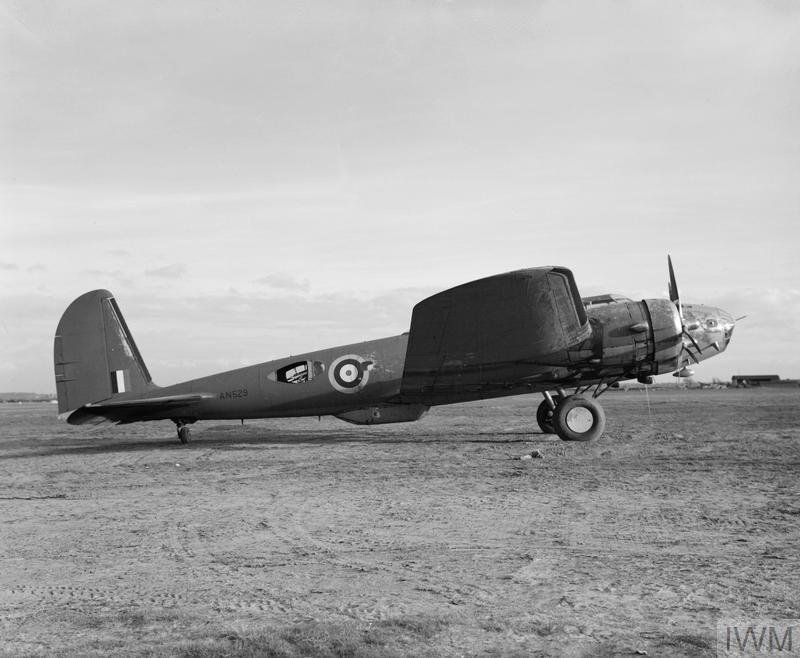 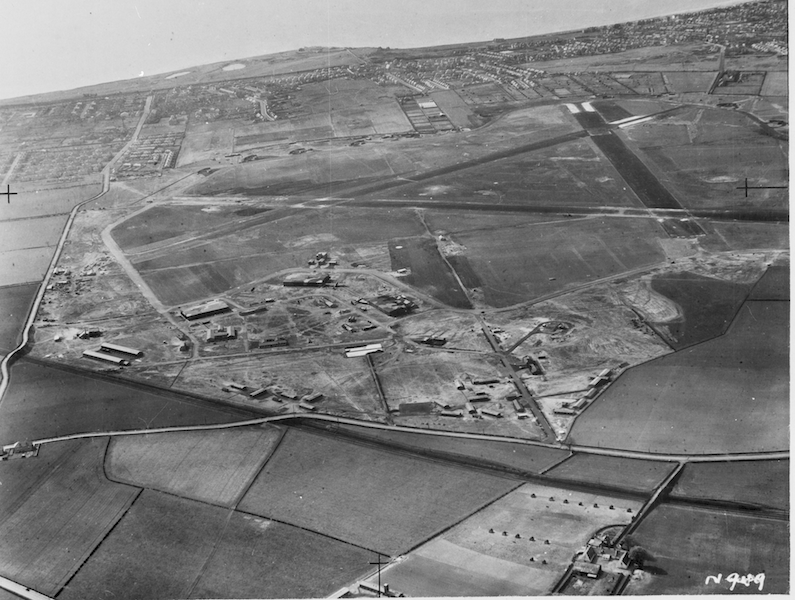 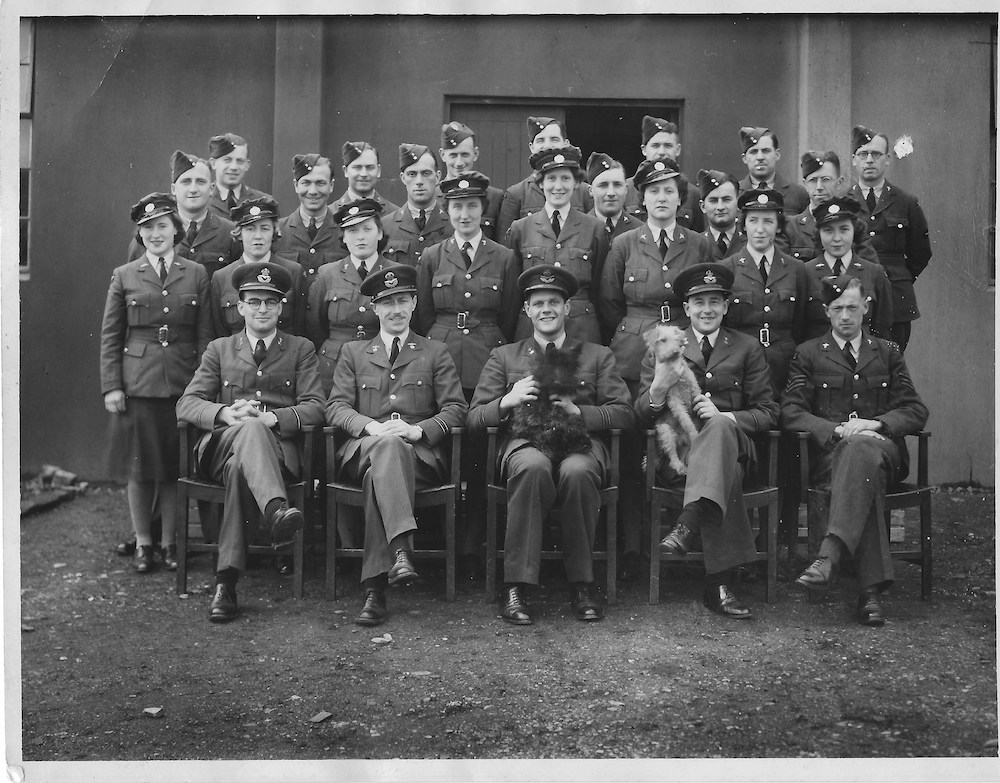 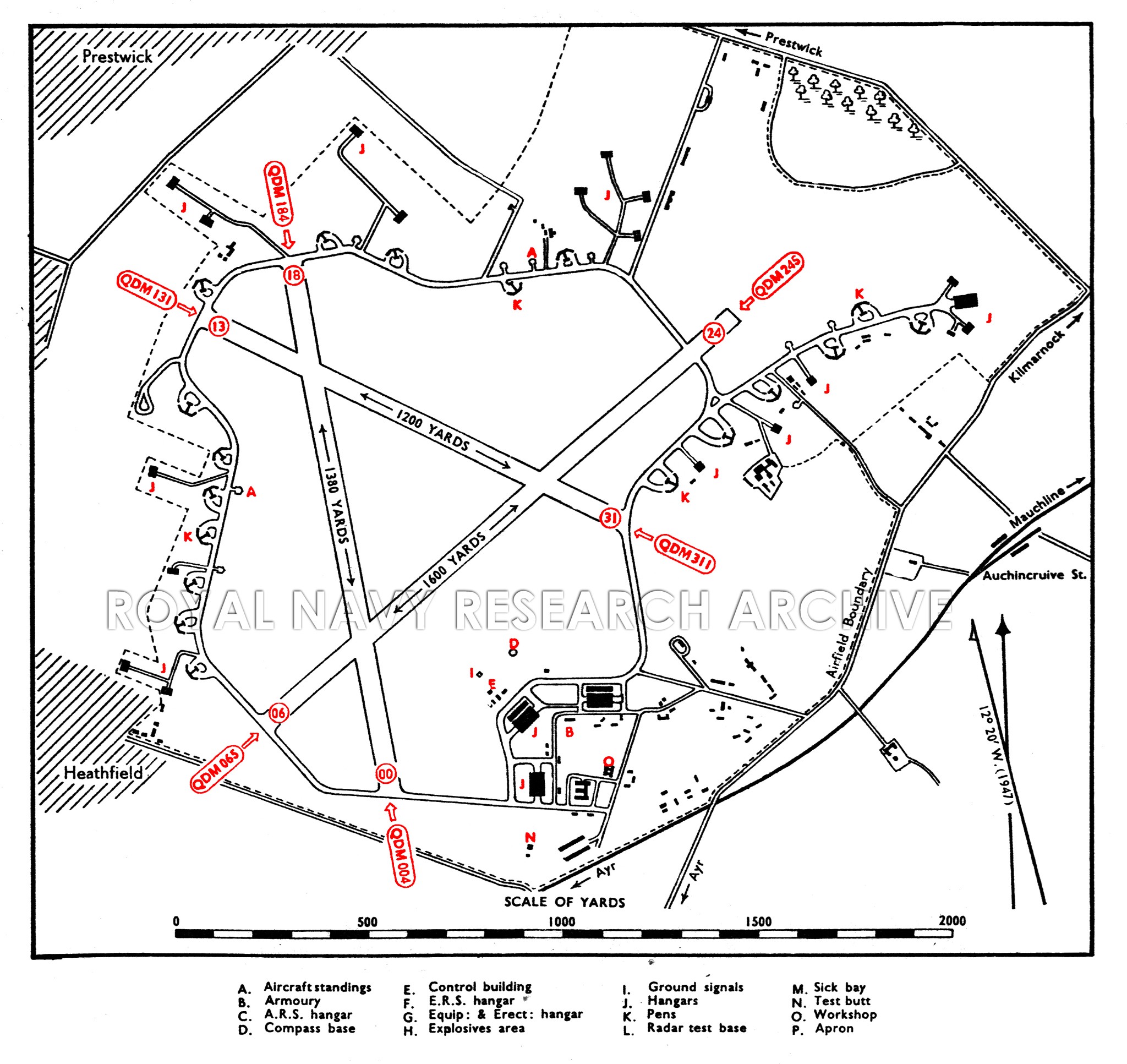