Various fighter types of No 50 Squadron initially had Allhallows available to them as a Home Defence landing ground during World War One. By the late summer of 1918 No 143 Squadron had taken charge of the landing ground, Sopwith Camels remaining in service for this unit after the end of fighting, although Sopwith Snipes had begun to replace them during 1919.

The location is not entirely clear but aviation use returned to at least the general vicinity when Southend-on-Sea Flying Services decided to make Allhallows an optional intermediate stop for its Short Scion monoplanes operating a service between Southend and Rochester during the summer of 1935. 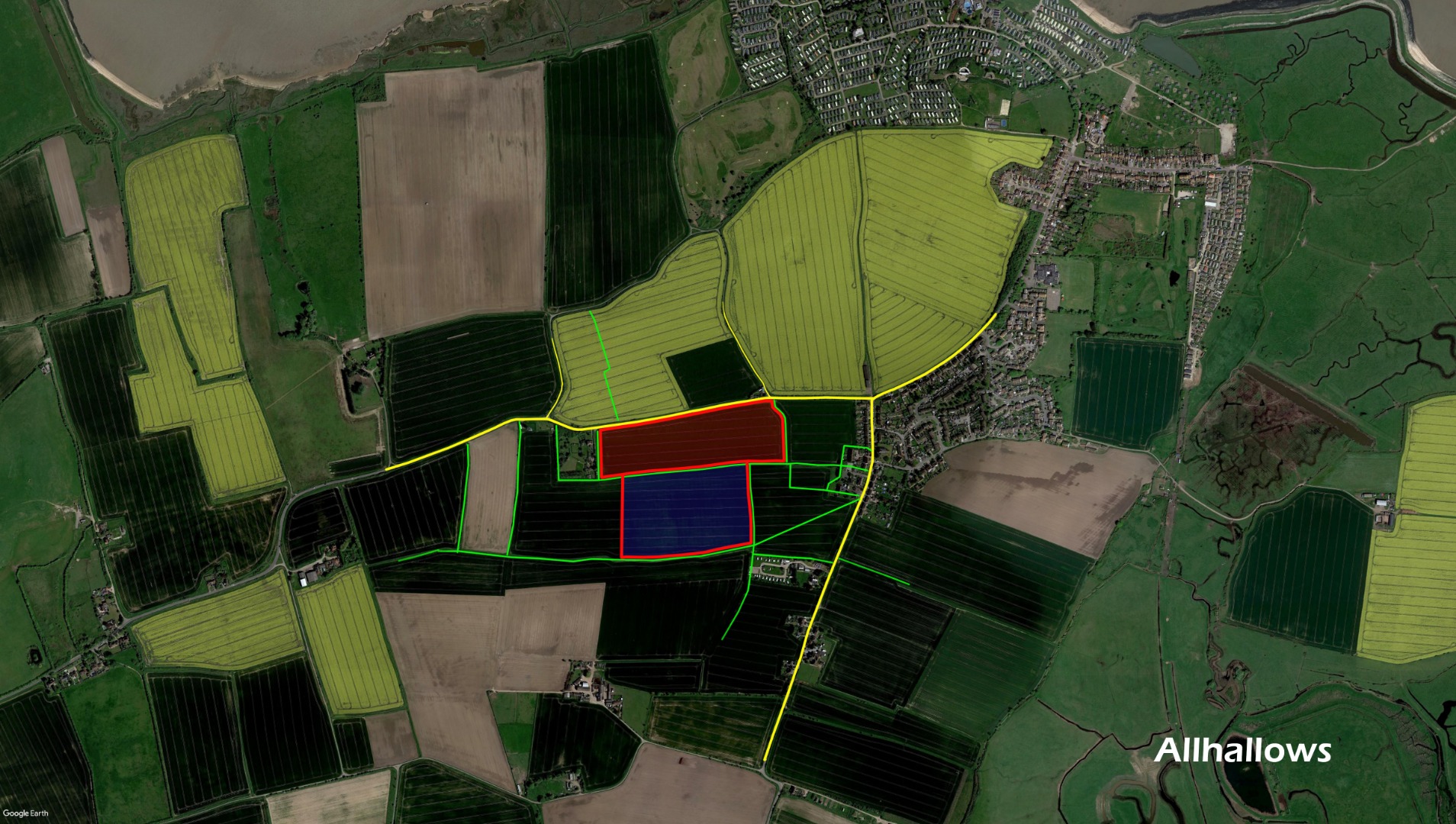