Aldeburgh began as one of several support airfields for RNAS Great Yarmouth in October 1915. It was known locally as Hazelwood Aerodrome and operated primarily as a night landing ground until 1918. Fighter aircraft occasionally took off from the grass airfield in response to Zeppelin raids. The Anti-Submarine Inshore Patrol Observers School then formed here in August 1918 after redevelopment work had taken place which extended the boundary to the north and west, land to the south-west being used for administrative and domestic buildings. The airfield became one of the few bases for one of the first reliable and effective anti-submarine patrol aircraft, the Blackburn Kangaroo. Aircraft such as the Royal Aircraft Factory BE2 and Airco DH6 also flew from Aldeburgh for varying lengths of time. Pilots are said to have used the bunkers of the nearby golf course to locate the airfield that was also circled by a chalk ring, 50 yards in diameter and two yards wide.

Further planned building work included four Belfast Truss hangars and a smaller Aircraft Repair Shed. These facilities were originally estimated to be finished by 31 January 1919 but it is doubtful that every building was completed. Reportedly just one building remained standing in a ruinous state by 1998, thought to have been a canteen. Three timber buildings were dismantled and re-erected at Thorpeness having been bought by the Ogilvie family.

The end of the First World War saw the relatively swift closure of Aldeburgh despite the based unit eventually becoming No 1 Marine Observers School on 1 January 1919. The school disbanded in September and the airfield closed at the same time. 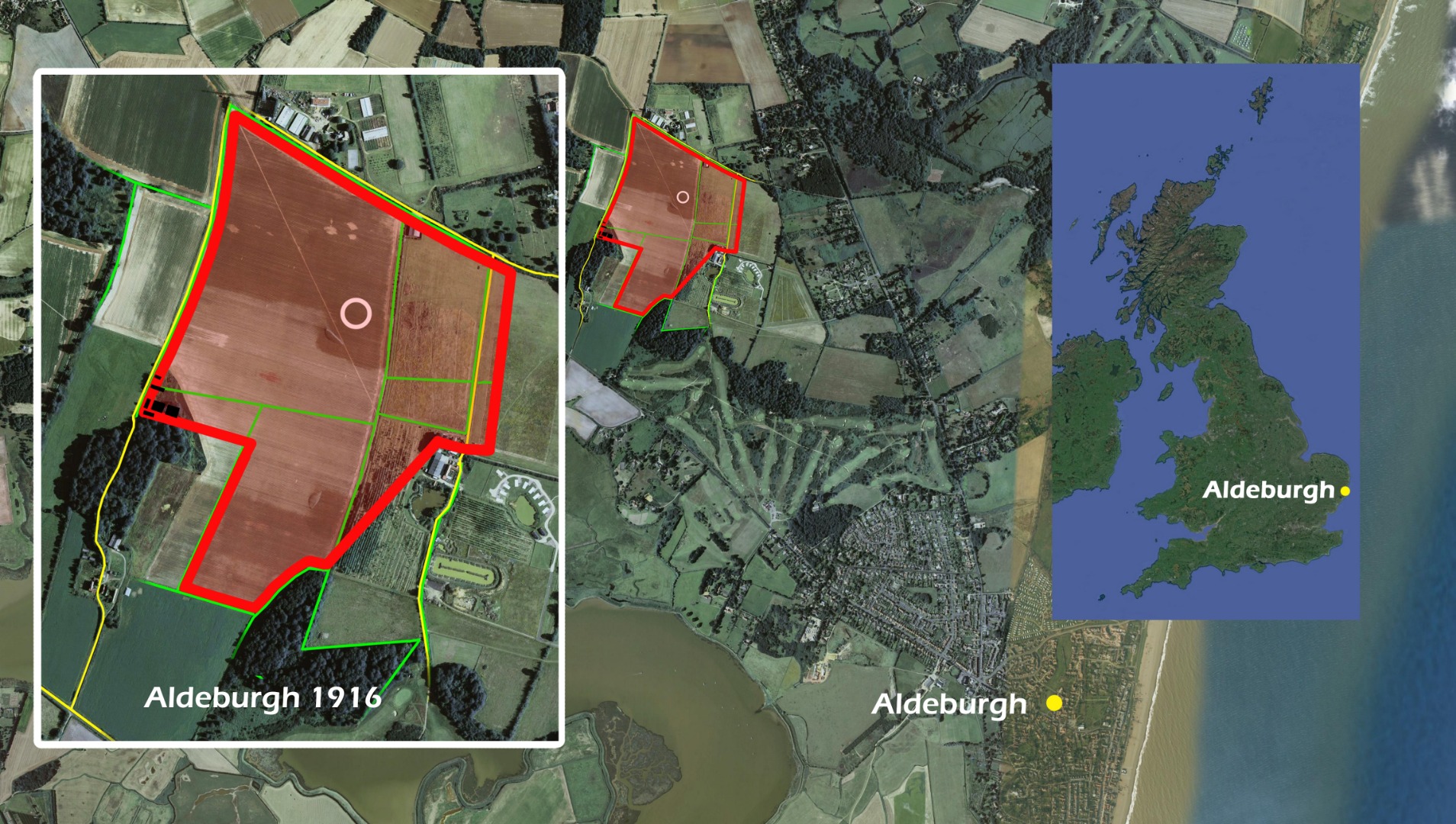