Famously named after the major Roman road which ran across the landing area, this Relief Landing Ground may well have received its highly distinctive name due to a combination of comparative remoteness and a lack of suitable alternative place names.

Situated on the course of the Roman road that gave the airfield its name, Akeman Street was originally intended as a Relief Landing Ground (RLG) for Little Rissington but became a RLG for Brize Norton. A Luftwaffe bombing raid on the latter airfield on 16 August 1940 destroyed 46 aircraft and led to the Airspeed Oxfords of No 2 Service Flying Training School moving to Akeman Street two days later. This is the earliest definite date for aerial activity at this airfield, although some night flying training may have taken place earlier. No 2 SFTS operated from here until evolving into No 6 (Pilots) Advanced Flying Unit in July 1942, which began using Akeman Street as a RLG for Little Rissington. Oxfords continued to be flown until the school was redesignated as No 6 SFTS on 17 December 1945, retaining a presence at the airfield into 1946.

Although Airspeed Horsa gliders of No 21 Heavy Glider Conversion Unit also used the airfield intermittently as a satellite late on in the Second World War for Brize Norton, Akeman Street finally became one of many equipment storage sub-sites for No 3 Maintenance Unit. The details around the closure of this airfield are not clear but it finally closed on 1 February 1947.

A Bellman and ten Blister hangars were built during the war, all of which have long gone. The few buildings that remain now either stand disused or are used for agriculture. The perimeter track also survives but the landing area has been returned to open farmland. 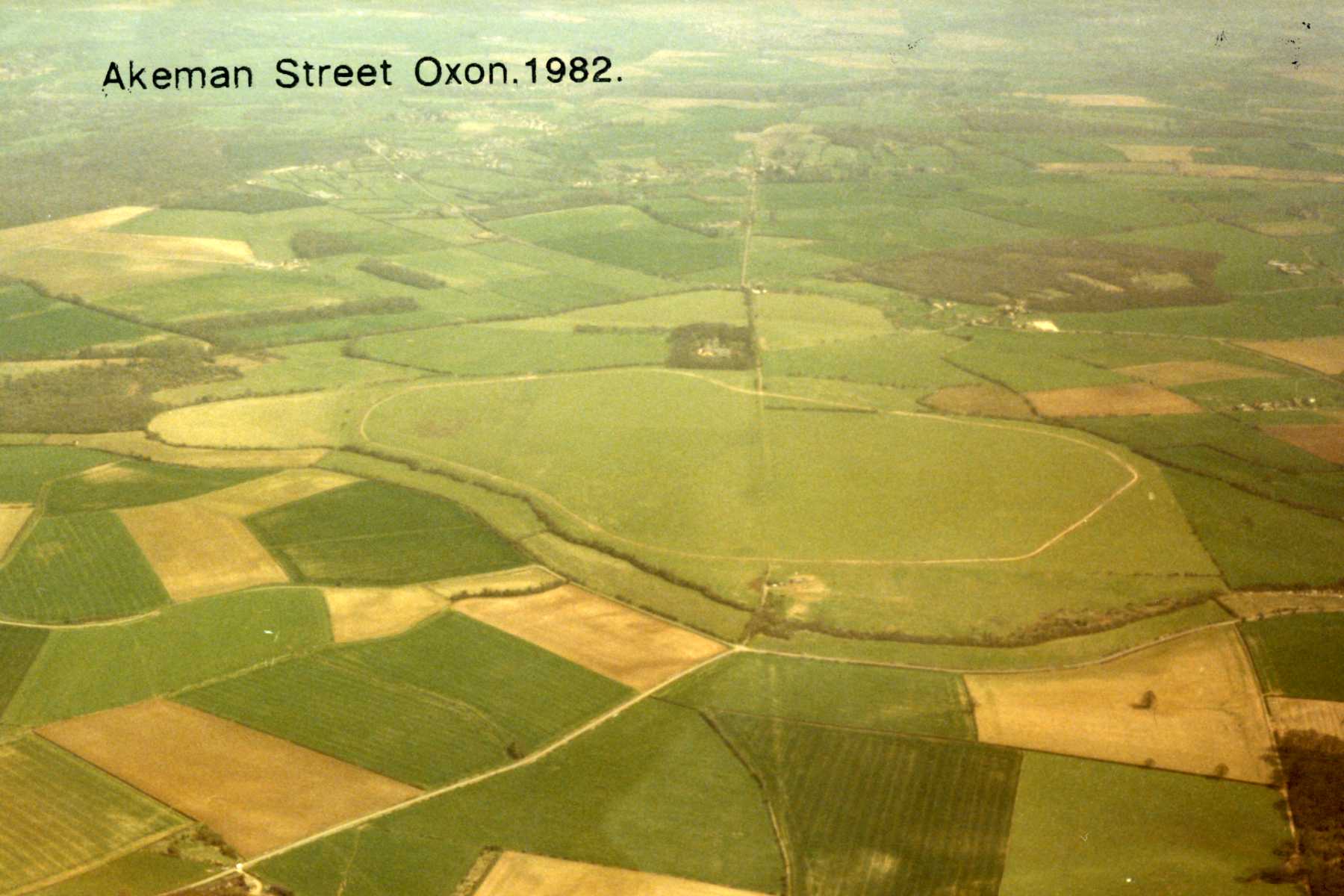 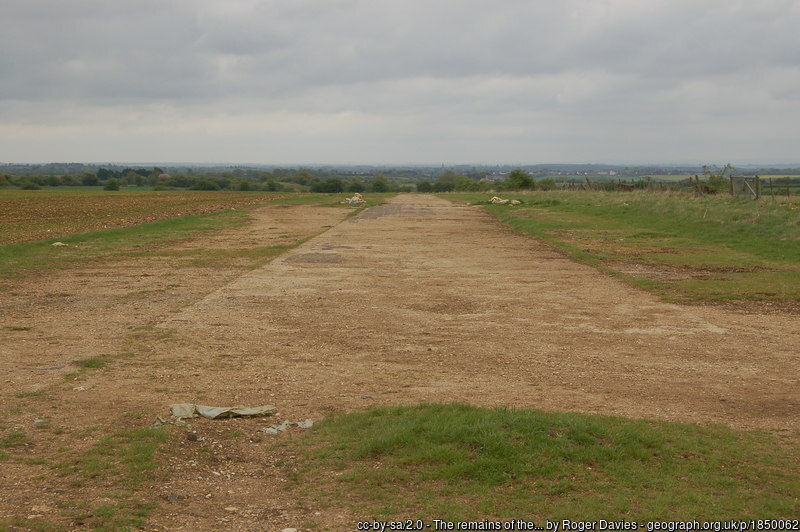 Remains of the perimeter track at Akeman Street, 9 May 2010. 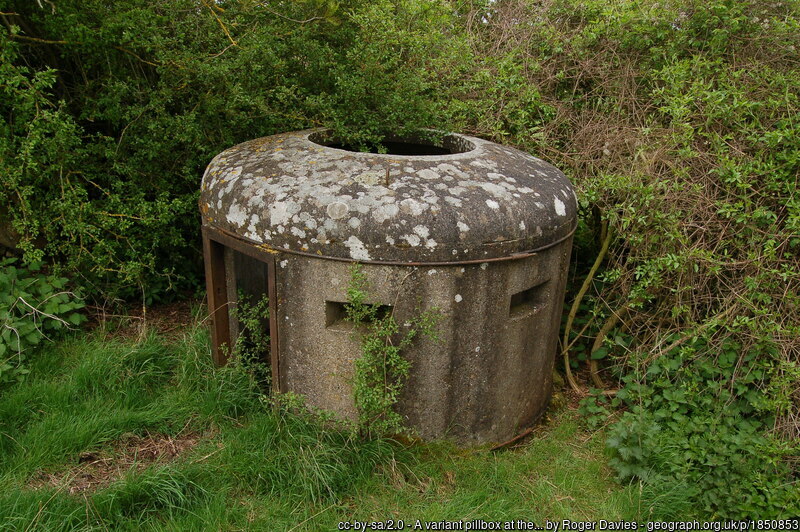 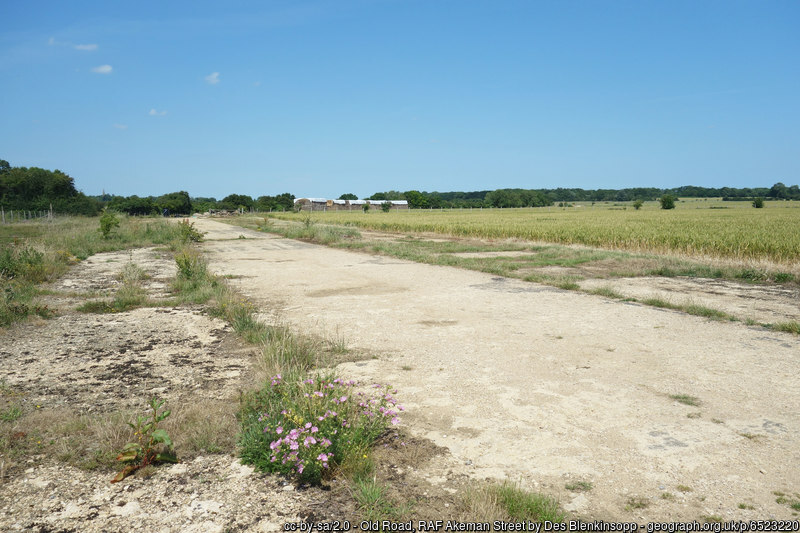 Remains of the perimeter track at Akeman Street, 23 June 2020.