This area has long witnessed sporting activity apart from its present use by the Monmouthshire Golf Club. Horse racing frequently occurred in the 19th Century, the National Hunt Chase notably being held here in 1872 instead of at Cheltenham.

Now the site of a golf course, Llanfoist was licensed as a civil airfield in 1922, with joy-riding known to have taken place on Bank Holidays. In 1926 during the General Strike the airfield was again licensed for mail-carrying and local authorities later purchased the land in 1929. Llanfoist was one of five small airfields in the Abergavenny area but Sir Alan Cobham’s 1931 assessment of the suitability of the district for airfield development did not favour any of these sites, Llanfoist specifically being too small. Cobham did however use Racecourse Farm for one of his air displays the following year on 27 August.

In World War Two there was some limited flying, a mixture of Air Training Corps glider activity and US Army Piper L-4 Grasshopper reconnaissance aircraft. An Over Blister hangar used by the Air Training Corps survives today and is currently used as a grounds maintenance equipment store for Monmouthshire Golf Club. 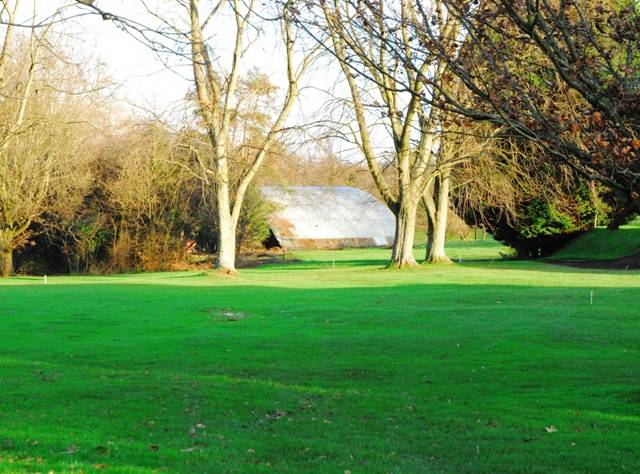 The surviving Over Blister hangar at Monmouthshire Golf Course in 2007. © RAY JONES and licensed for reuse under this Creative Commons Licence